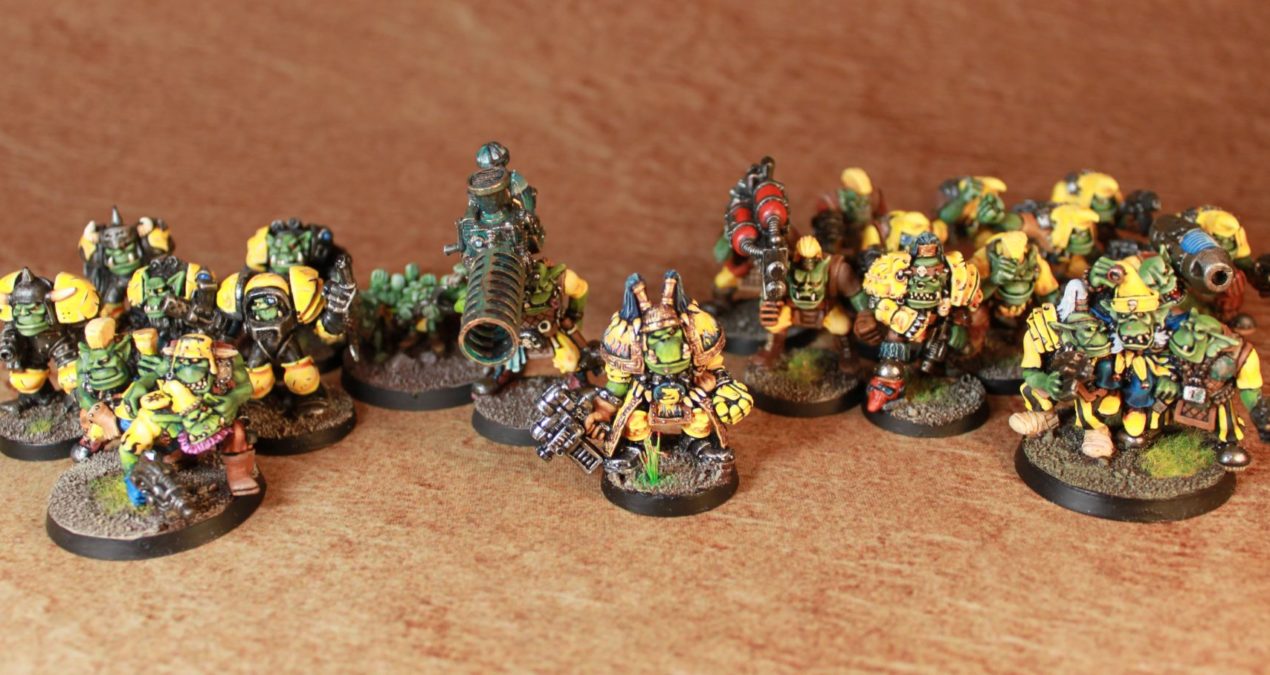 Right, so I have decided to do a Space Orc army based on Rouge Trader Era Orks. I am calling the force “Space Orcs” which may or may not change. It is a fairly unimaginative force name but it does cover what the force is: Orcs in space.

First I want to make a list of what I want include in the force book, then I’ll write some fluff and then after fluff has been written I’ll start making the profiles.

The reason why I want to wait with the profiles to after I have written, or at least started on the fluff is that something in the fluff might change the original troop selection or might alter the way they would have been if no fluff was written.

Note that I already have a rough idea of the storyline for these guys so it might shine through in the selection below.

I want the Space Orcs to be a tough, short ranged army, not aggresive beast, but tough space explorers who have learned to protect themselves the hard way.

All of the above units are pretty straight forward, a few requires minor special rules but that’s about it.

The following units will probably never appear in greater numbers in the Ork force, but they will bring personality and the option to create unique rules to the army.

As you can see there are several Ork units I have left out from the Warhammer 40.000 world.

I have not used any vehicles, this is partly because I want to keep this army skirmish sized, but also because I imagine the Space Orcs travelling either by Cyber creatures for short trips inside their Sky Ports, or by hovercraft vehicles using technology they have discovered on their way through space.

I don’t have much in artillery either, that is simply because I want to keep the army short ranged with the exception of the Dimemsional Deliverer.

Finally I have only made use of Weirdboyz and Runtherdz, not Mekboyz or Painboyz. That is because I feelthat the later two lowerers the feel of the technological advancement of the Space Orcs, while Runtherdz are more lo-tech in the nature of what they do.