I still have my original Drager og Dæmoner rulebooks. As you can see they are well worn from lots of usage. 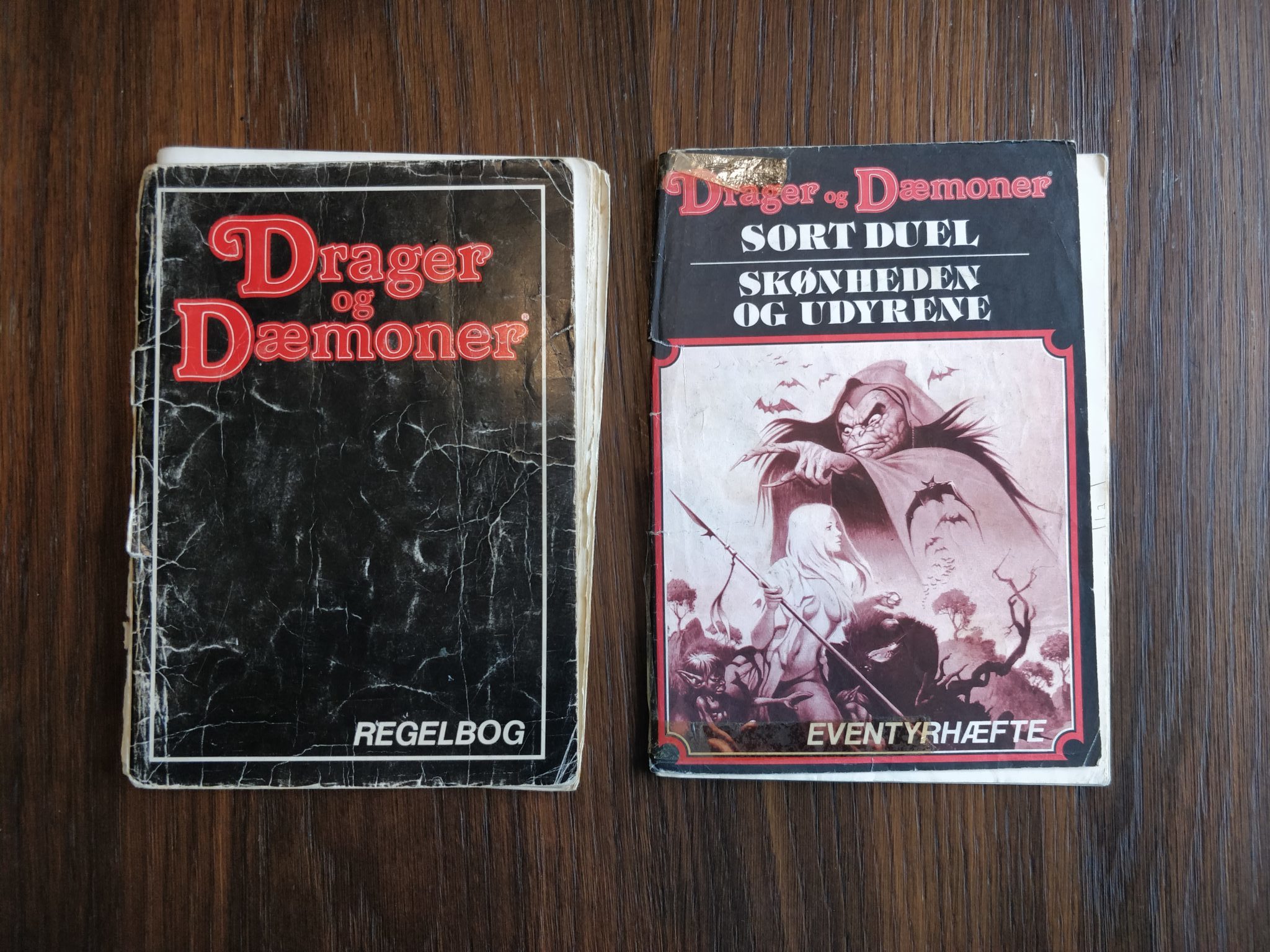 I actually ripped out the pages that had tables I needed for reference. I later stuck them back… using packaging tape!

Maybe not the smartest idea, but it worked at the time. 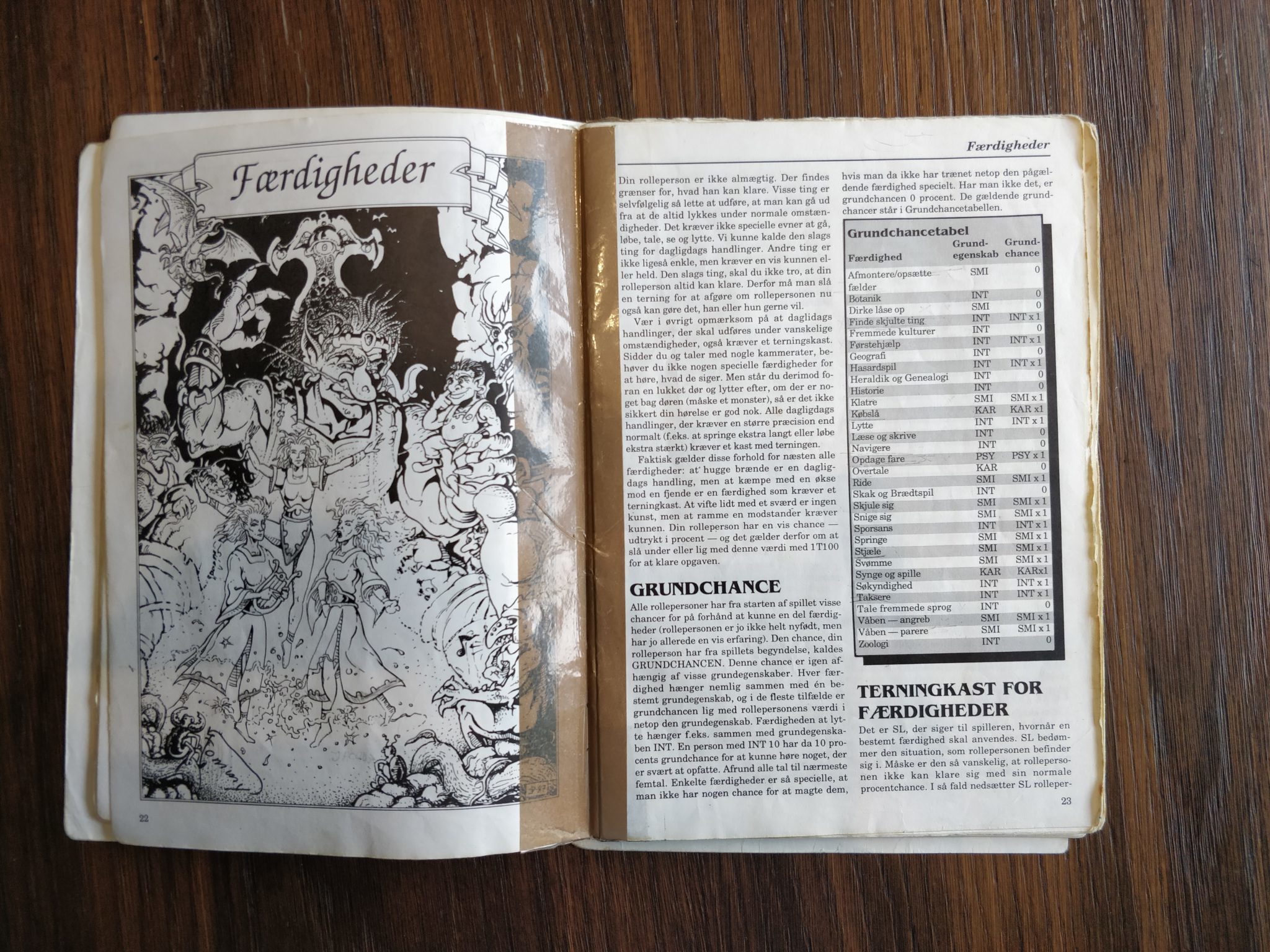 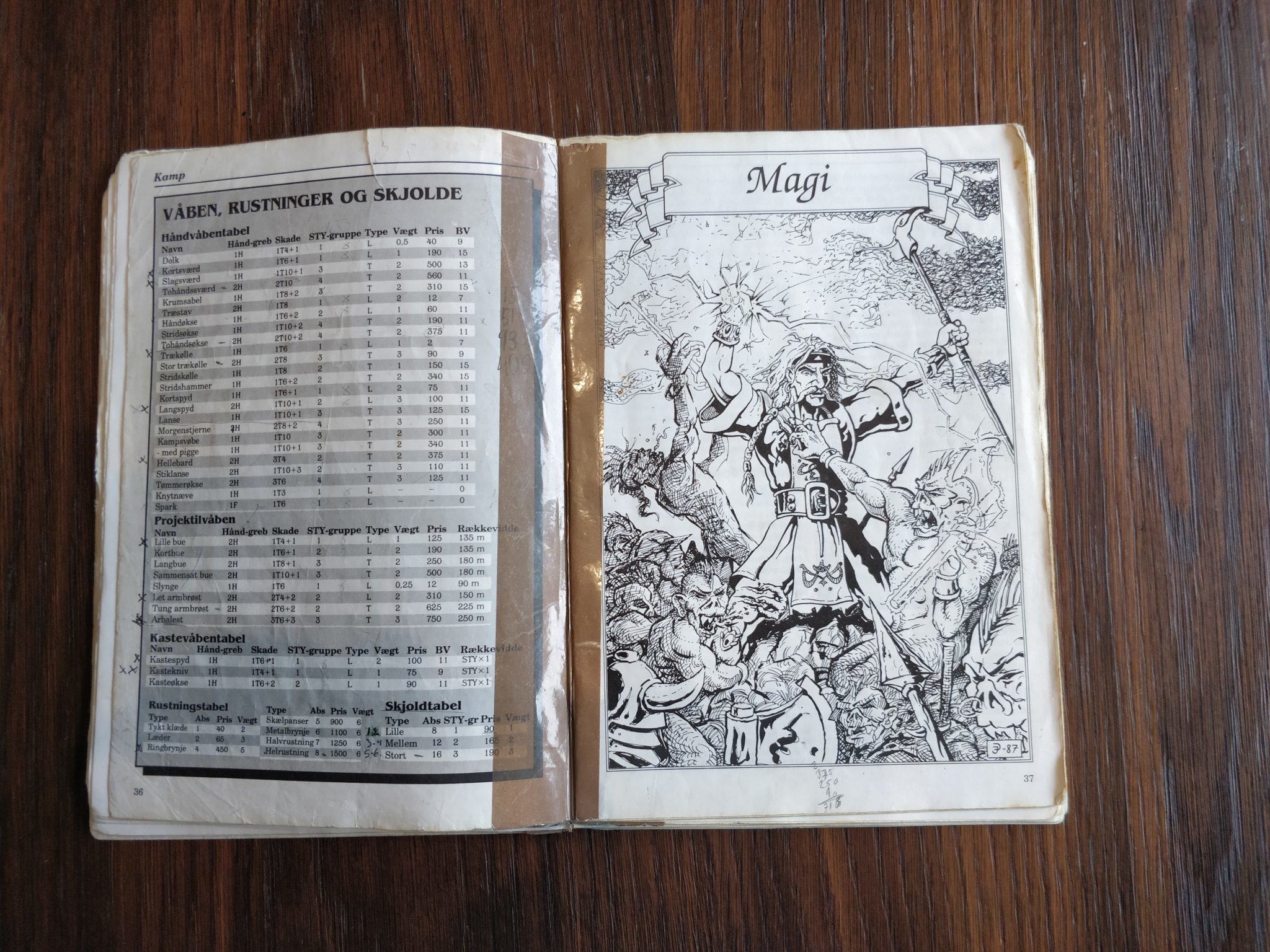 I had three additional source books. The two on the right are adventures/campaigns… I actually didn’t use them that much. The one of the left, however, is called The Treasure Chamber and has a bunch of magic items, each with characters and story hooks. This one I used a lot and I still refer to it nowadays. 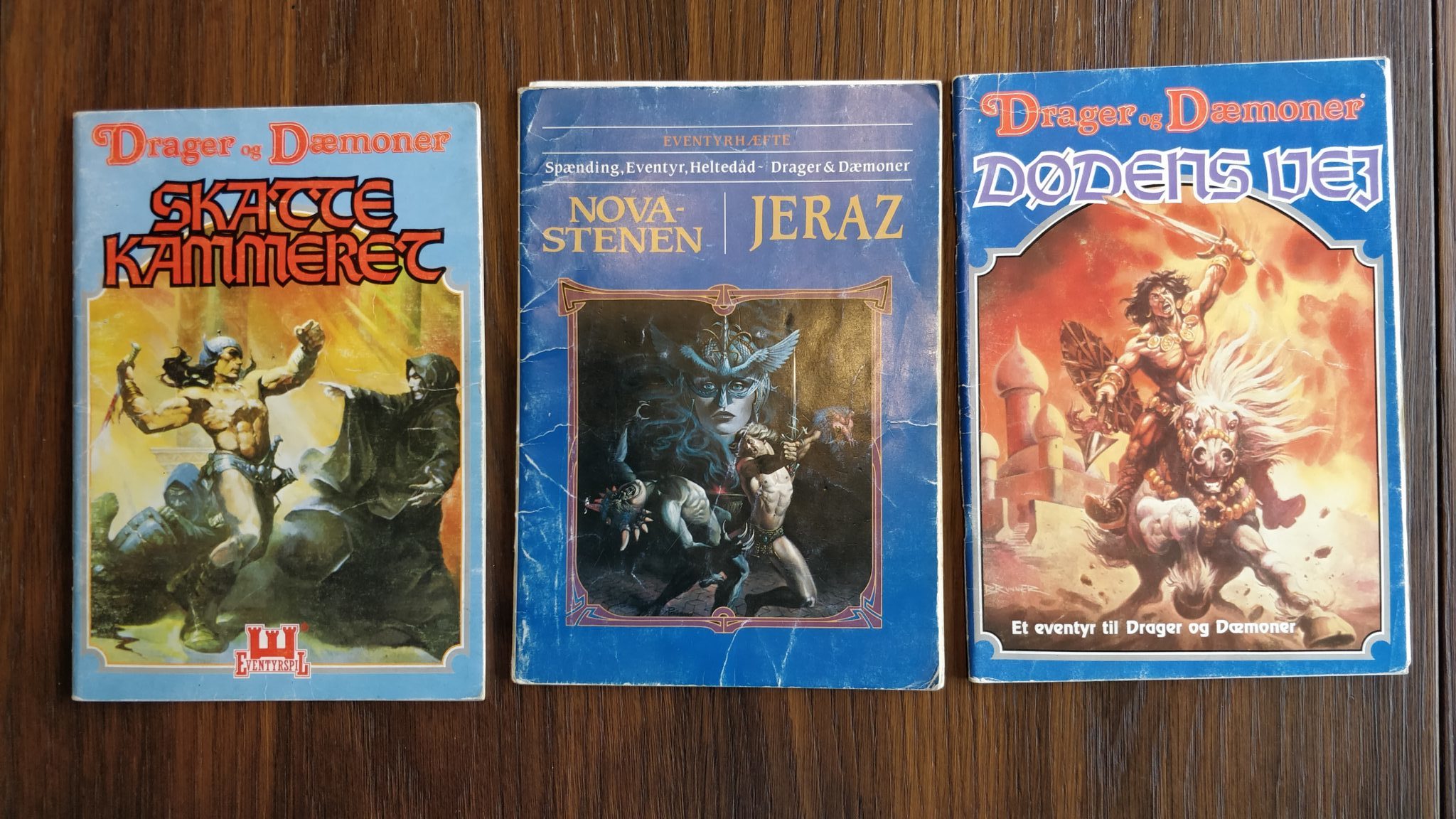 There was an Advanced version of DoD but i never found the book in my local stores and frankly, we were doing find with the base set.

I found an almost complete set of the original rules on eBay. It even has the original grid board and character sheets and it looks like it has hardly been used.

The only thing it is missing is the cardboard pawns, but those I found online as PDFs. Basis – Figurark v2 600 dpi 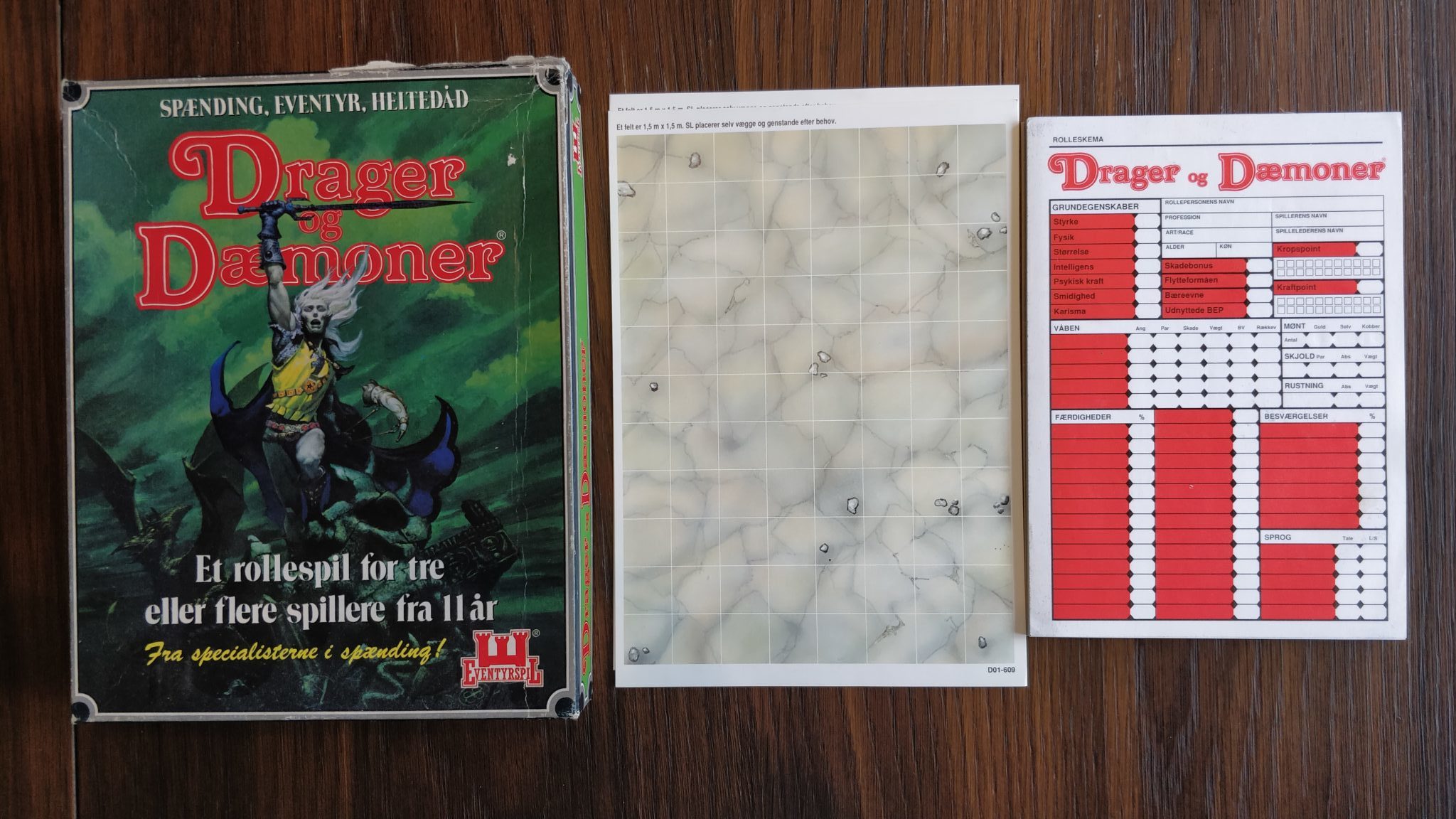 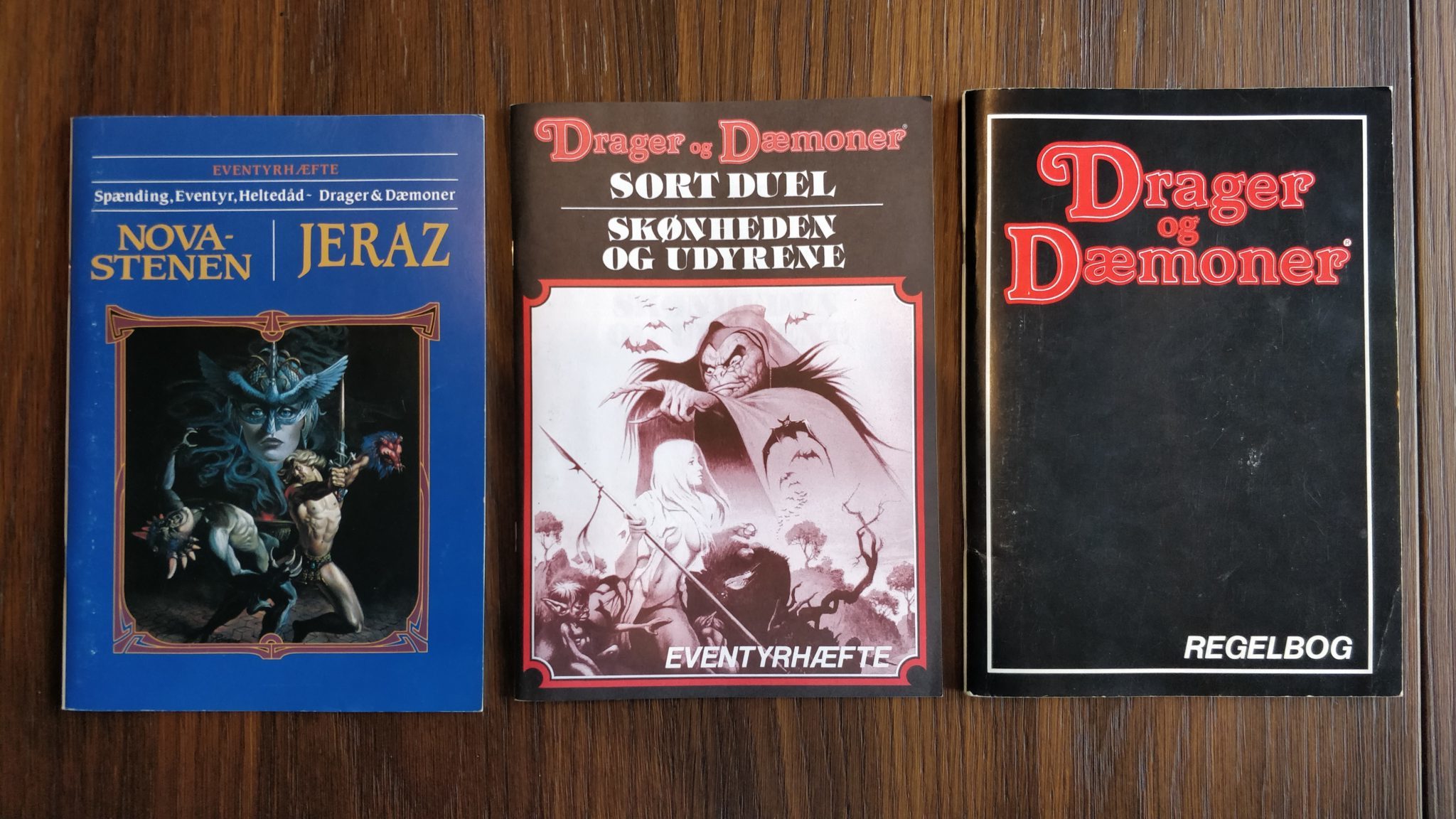 These are my original dice from when I started playing DoD. Note that the set came with 4 D6s and a yellow D10 for percentile rolls.

A few years later, when I started playing Dungeons & Dragons, I bought an additional D20. 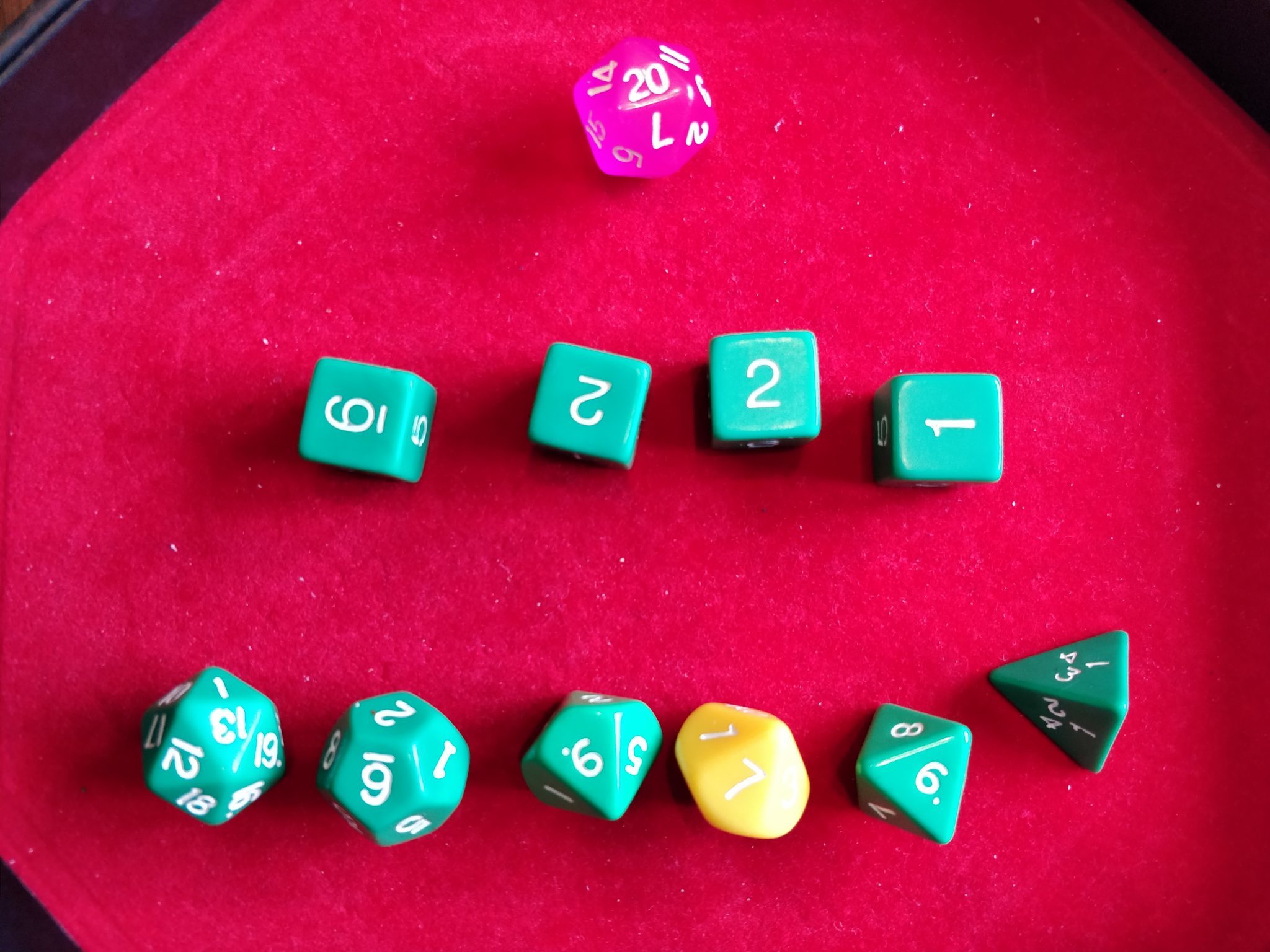 These dice were actually the only polyhedral dice I bought up until 2019. In early 90s I moved into ShadowRun and Warhammer 40.00 Rogue Trader so I bought a lot of D6s.

Anyway in 2019, I bought my second polyhedral dice, these amazing gem stone from The Dice Shop and topped them up with the Fuck/Yeah D20s that I have to admit are the ones I use the most when playing D&D 🙂 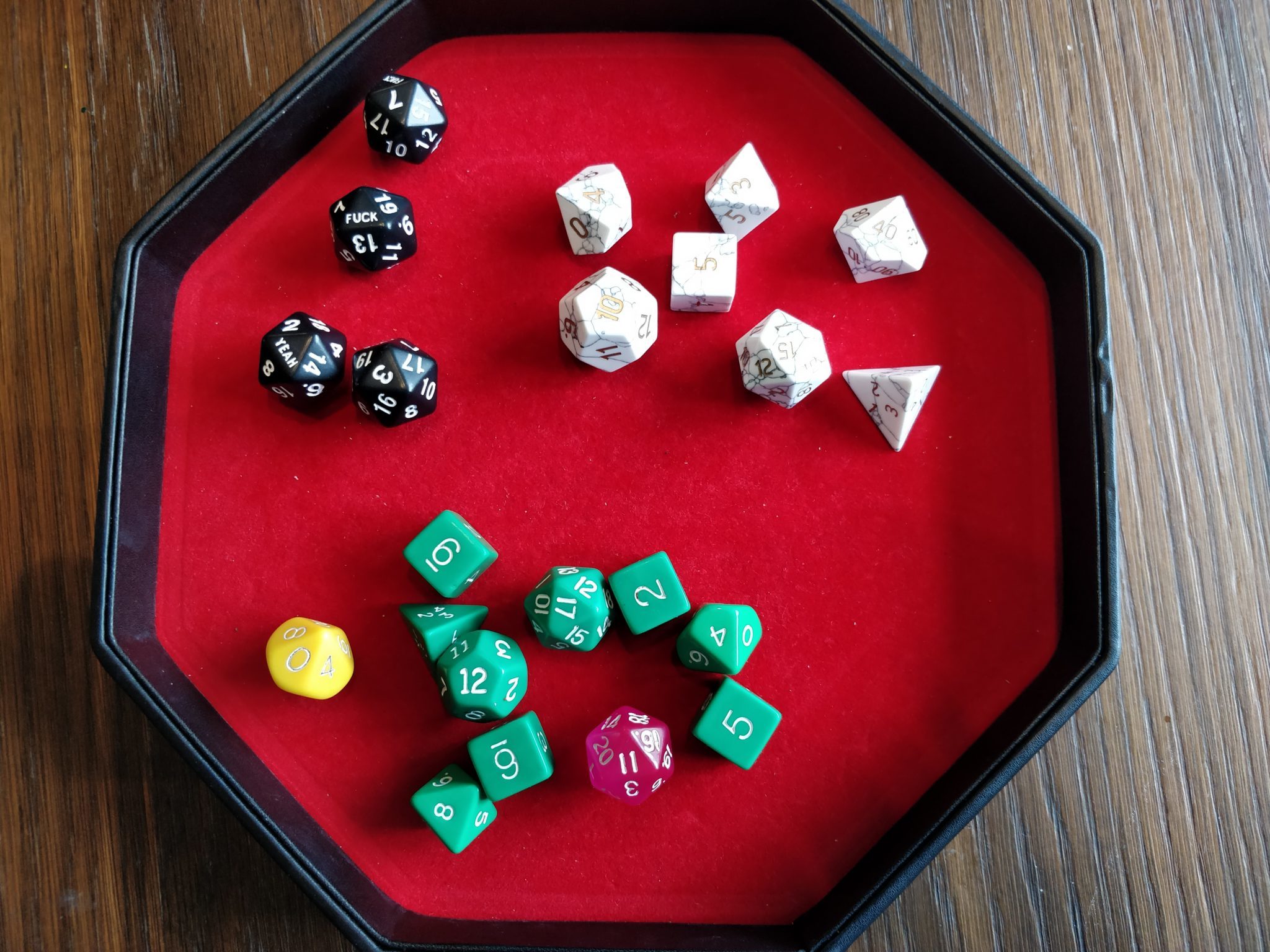