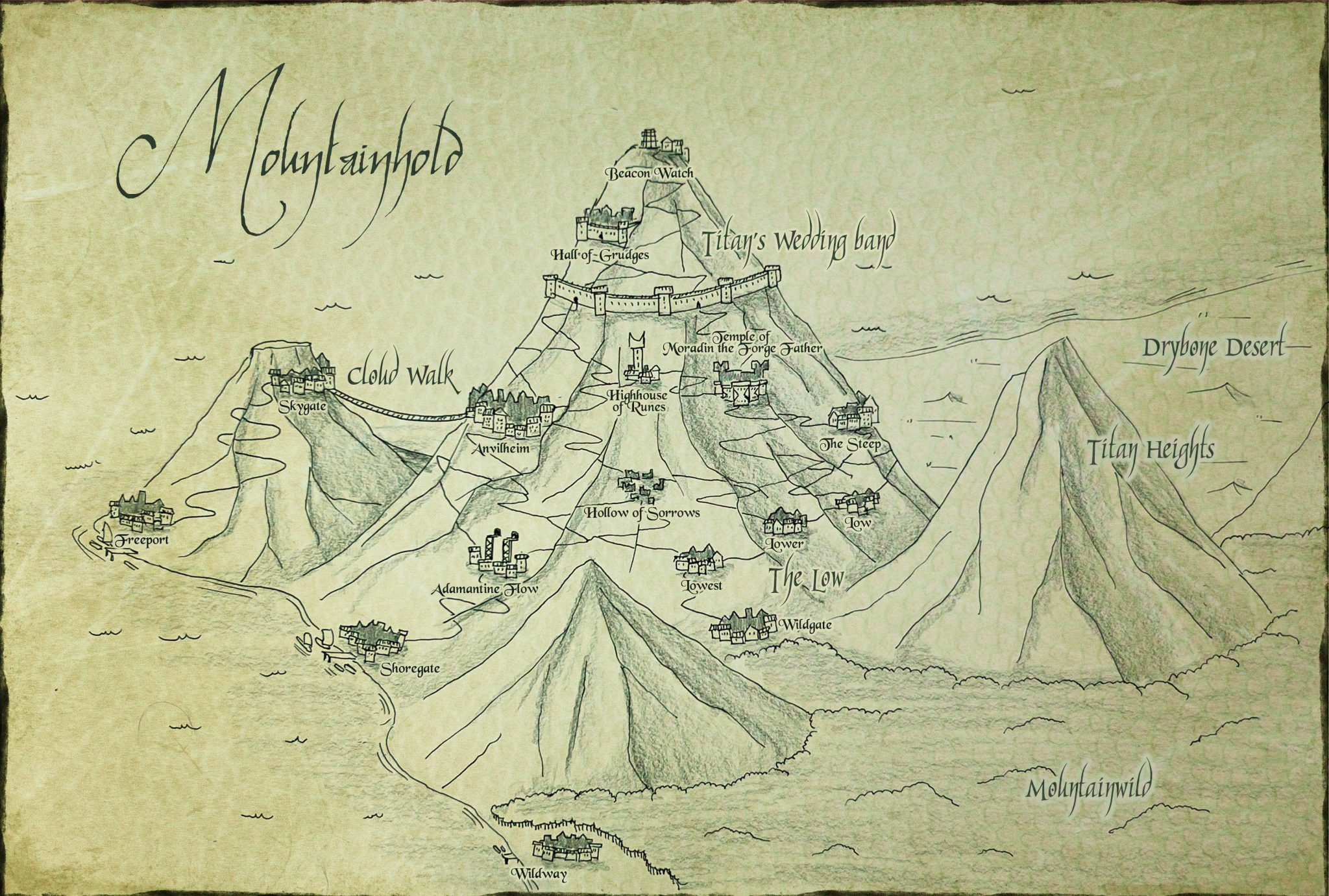 Mountainhold is the highest peak to the west of the Titan Heights Mountain range in Obanastre and the most populated mountain in the range as well.

The mountain is a collective of various sized Dwarven settlements that together operates as an actual fortress.

This unusual configuration makes the mountain near impossible to take by force using traditional warfare. Storming the “castle” head on doesn’t work since the dwarves can nimbly move around the settlements and trying a siege has no effect either as the mountain is so vast that supply lines can easily circumvent any blockades.

The only real threat the Dwarves of Mountainhold have faced over the centuries are the reclusive Night Goblins that dwell inside the mountain, but while there are regular skirmishes between the Mountainholders and the Night Goblins, it has never escalated to full war.