Since I re-started playing Dungeons & Dragons in 2018, I have listened to a ton of youtube videos, podcast and real a bunch of books all on the topic of how to DM.

Here are the top 3 tips I have learned that will set up you to make your first Dungeons & Dragons adventure.

I am assuming you have the based knowledge of the game. Things like roll D20 against a target number, how hit points work, how bonuses and advantages work.

Start by framing the overall game. I find the best way is using the 8 steps of preparation from the book The Return of the Lazy Dungeon Master. They are:

If you want to speed up the process, the list is

The author of The Return of the Lazy Dungeon Master, has a  Youtube video explaining The eight steps of preparation in detail.

Now it is time to structure the game. For beginners I recommend using The 5 Room Dungeon Method as it not only provides a simple structure, it also prevents you from over-preparing the game. It is always better to aim for a shorter game than getting frustrated that you cannot conclude the story you wanted to tell with the players.

Note, The 5 Room Dungeon Method doesn’t actually mean you need 5 rooms or even a dungeon. Yes, you can have that, but the 5 “rooms” can also be locations or as abstract as a social  encounter.

you can download the full PDF for free, but here is a summary. 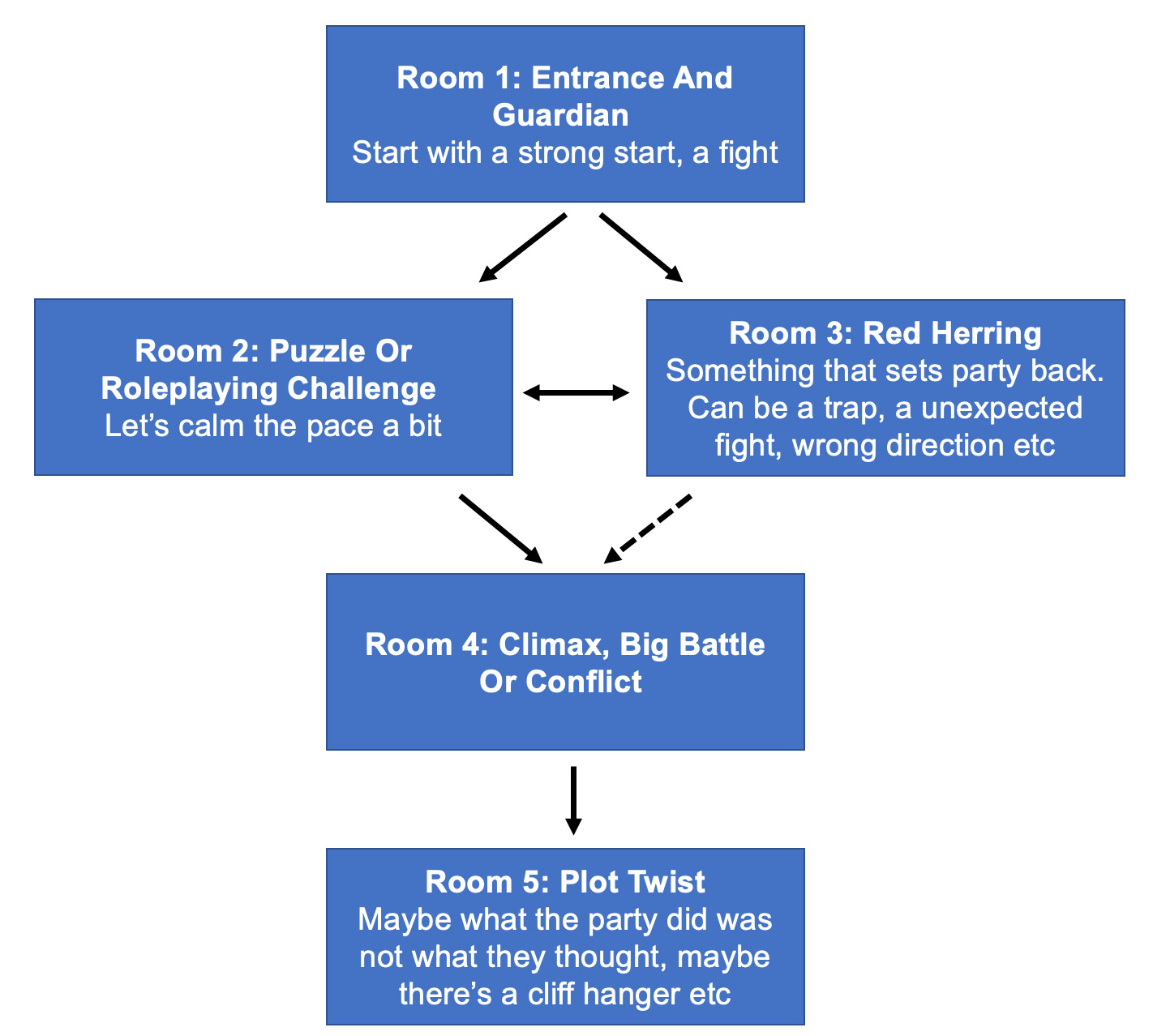 The book Index Card RPG  has a section for setting up structured combat encounters based on having the following three key mechanics:

Runehammer, author of Index Card RPG, has a YouTube video on key mechanics.