Brand, one of the Paladins of the party, had disappeared again. This was not the first time, but it had been days and his companions was starting to get nervous.

As they were sitting around their usual table in The Unnamed Tavern, a Sprite arrived looking for them as he had found Brand delirious by the coast.

The heroes quickly found Brand washed up on the shore, but rushing to rescue him, they disturbed the feeding grounds of a group of Sahuagin who took offence and attacked the heroes. They were no match for our heroes as they quickly dispatched of the sea creatures, but not before an annoyed Jean-Jacques threw his Rapier out at sea frustrated at the weapon (not him) keep missing.

Brand was in a delirious state mumble “Demon’s Tooth” over and over again while clutching a torn piece of an old piece of quality parchment and only after the Sprite healed his mind, did he slowly return to a groggy but stable enough state to be brought home to the tavern for them all to have a good night’s sleep. 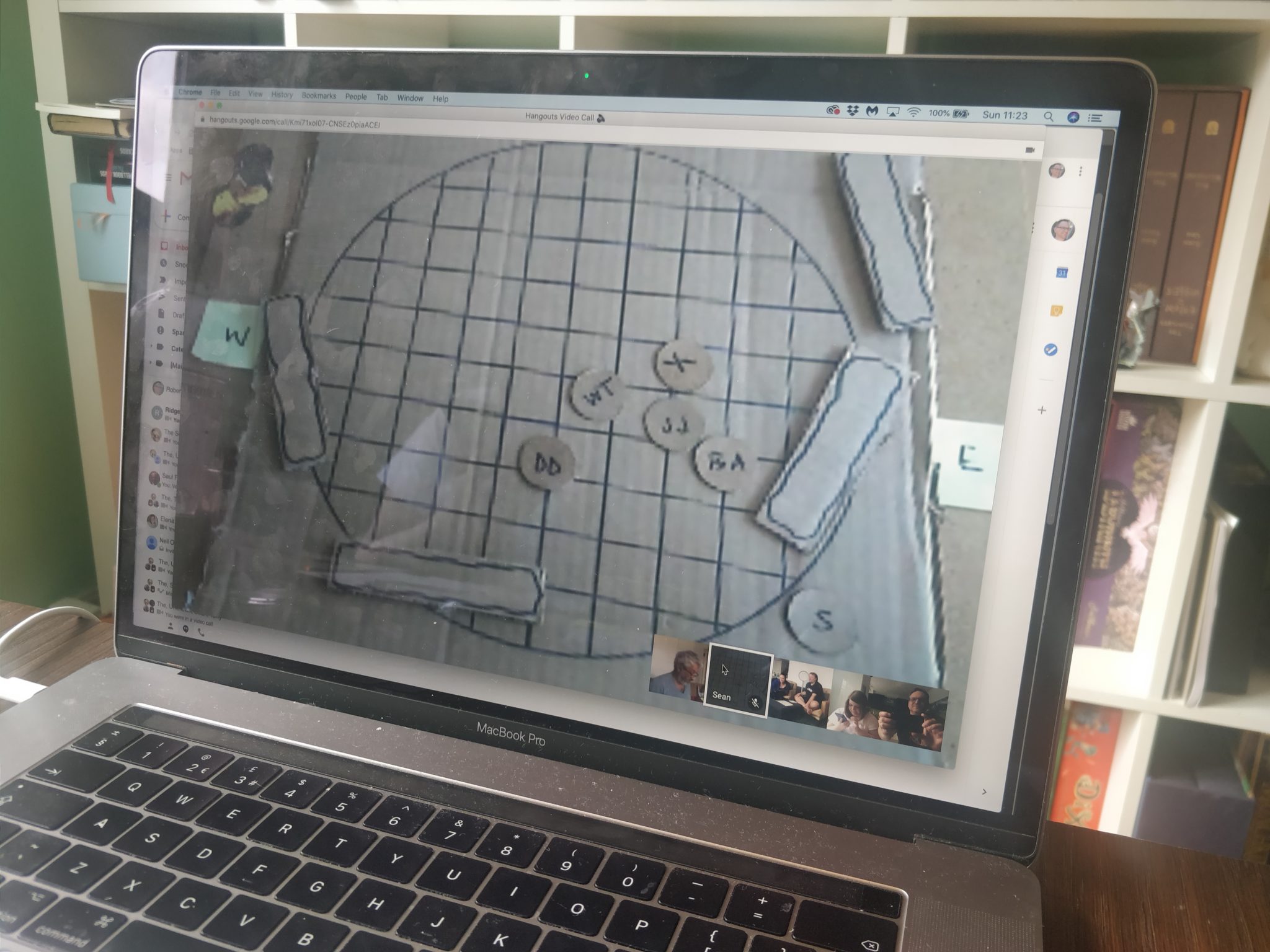 The next day, it became clear Brand had lost his memories from the last couple of days. Having only the parchment to go by, the heroes first visited Randolf’s Oddities and Rarities, but he was only able to suggest they visit the Library to find out more.

Speaking to Yanik the Dwarven Librarian, the party learned that about Demon’s Tooth island and how it used to be a home for ancient rituals in days long past and it is from those rituals it got its name.

And with that, the party left Daisygate for Demon’s Tooth.

At Sunset Bay the heroes stepped into a local gathering place for the local fishermen. More a shack than an actual Inn, the place and its guests were not used to a professional Bard performing and Jena-Jacques managed to stir the emotions in a few of the hardened fishermen and learned that to get to Demon’s Tooth, the heroes would need toe services of Jonson, a local drunken boatsman who had no time for superstitions, only for coin and ale!

Jonson took them to Demon’s Tooth, which turned out to be a small rocky spire with a single staircase running up the sides leading the ledge. On the ledge there was a wall carved in the rock with a fist-sized indent that would fit the party’s Black Sapphire… which they had left behind in Daisygate! 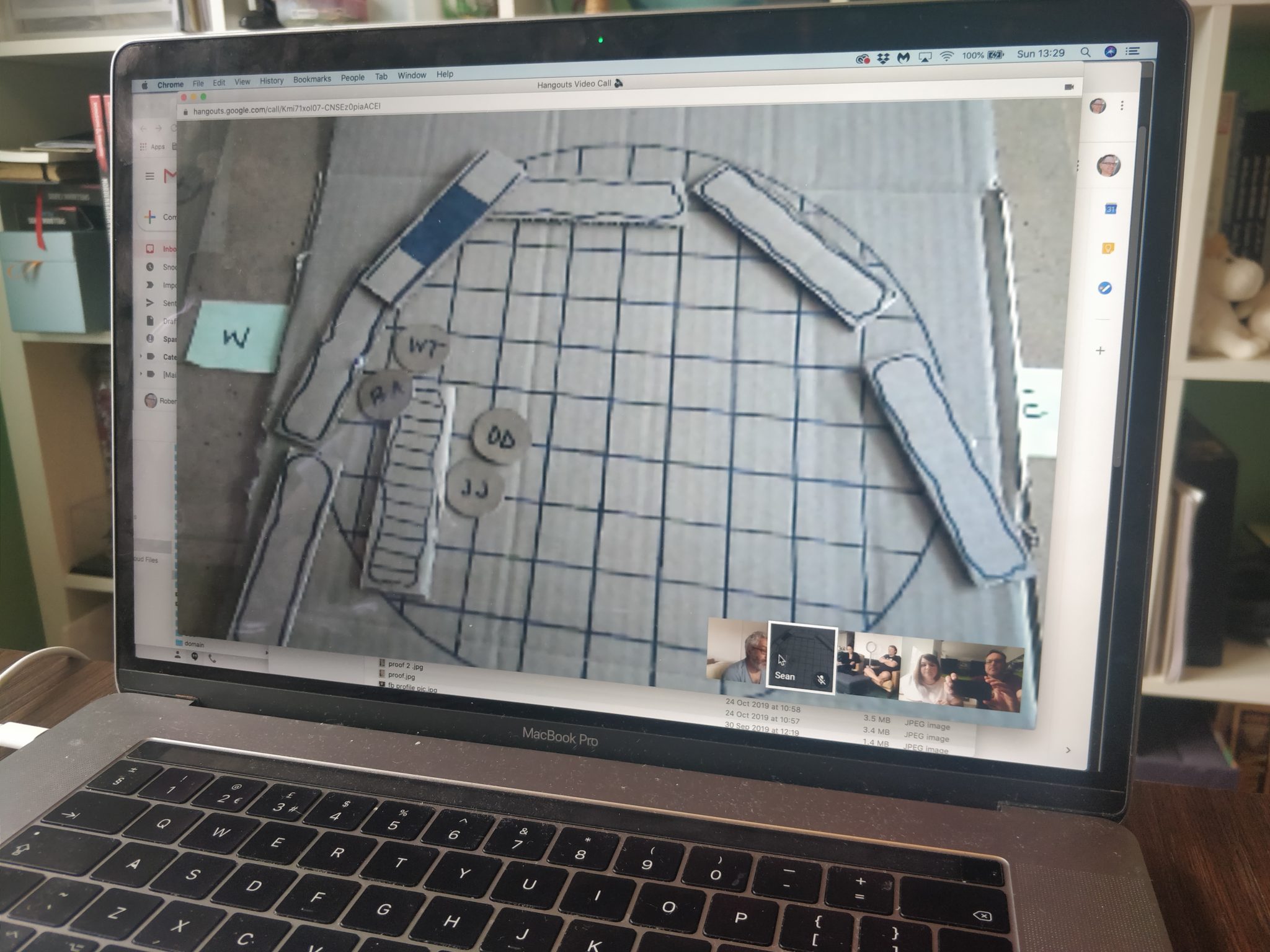 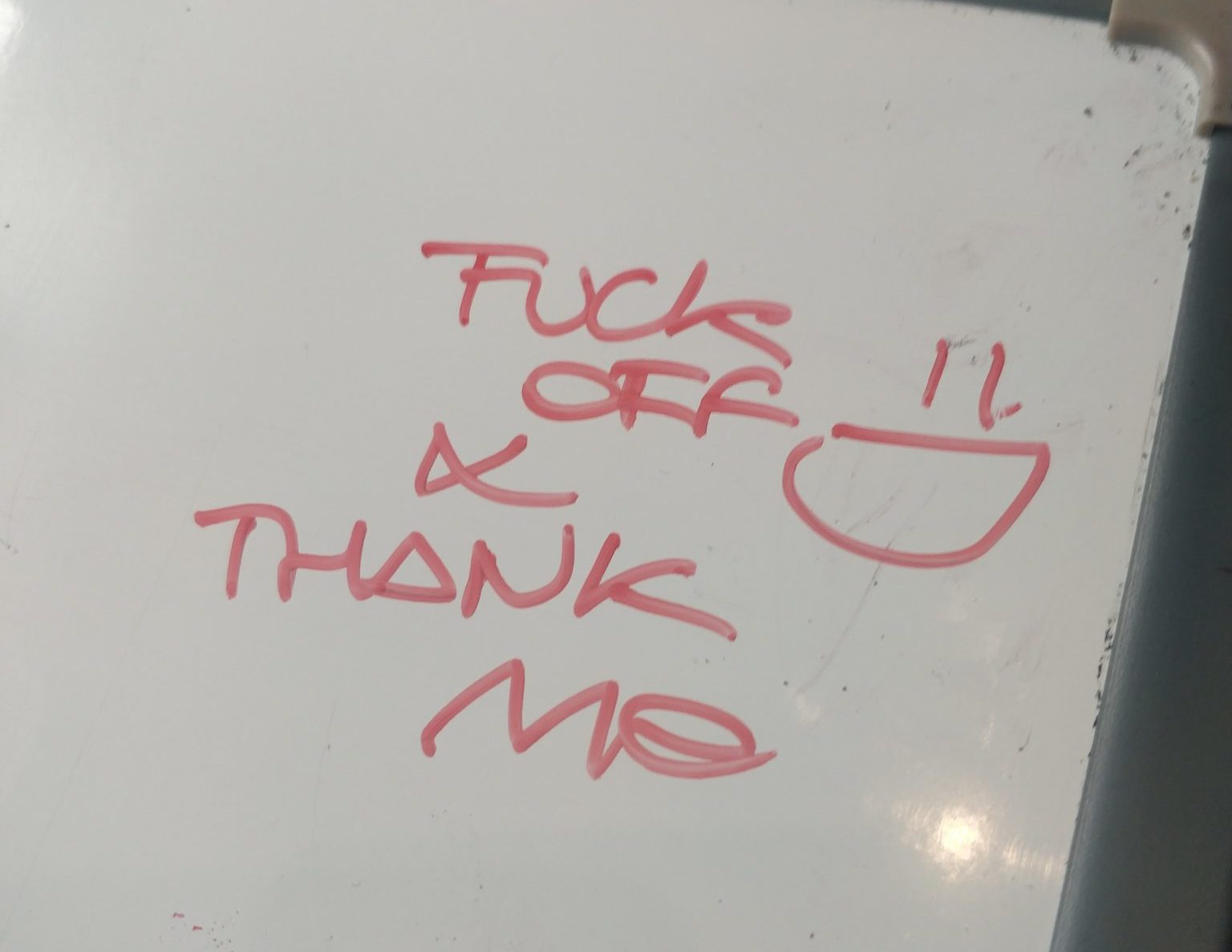 Having exasperated all options on Demon’s Tooth, the party returned to Daisygate to pick up the Black Sapphire, only to be ambushed by a Cult Fanatic and his henchmen. The party quickly killed the Cult Fanatic, but not before he could utter the words to summon an Invisible Stalker.

In the end the party was victorious and let the two henchmen go with the famous words: “Fuck Off and Thank Me” from the Paladin Damon.

Back on Demon’s Tooth

Having made it back to the island, the party placed the Black Sapphire in the indent at the top of the stony spire and a hallway appeared as if laws of physics had been ignored.

The hallway led to a chamber with a statue in the middle carrying the crest of Holtenhausen, the family of the arch nemesis to Brand, our second Paladin. Investigating the statue activated it: It was not a statue but a Golem!

It was a tough fight, but the party worked together including a great combo of Damon the Paladin casting Magic Weapon on his sword, Jean-Jacques, our Bard, casting Fairy Fire on the Golem and Damon hitting the rocky opponent with two NAT20 hits!

The rest of the party made best use of the Fairy Fire and soon the Golem was reduced to dust and rubbles. 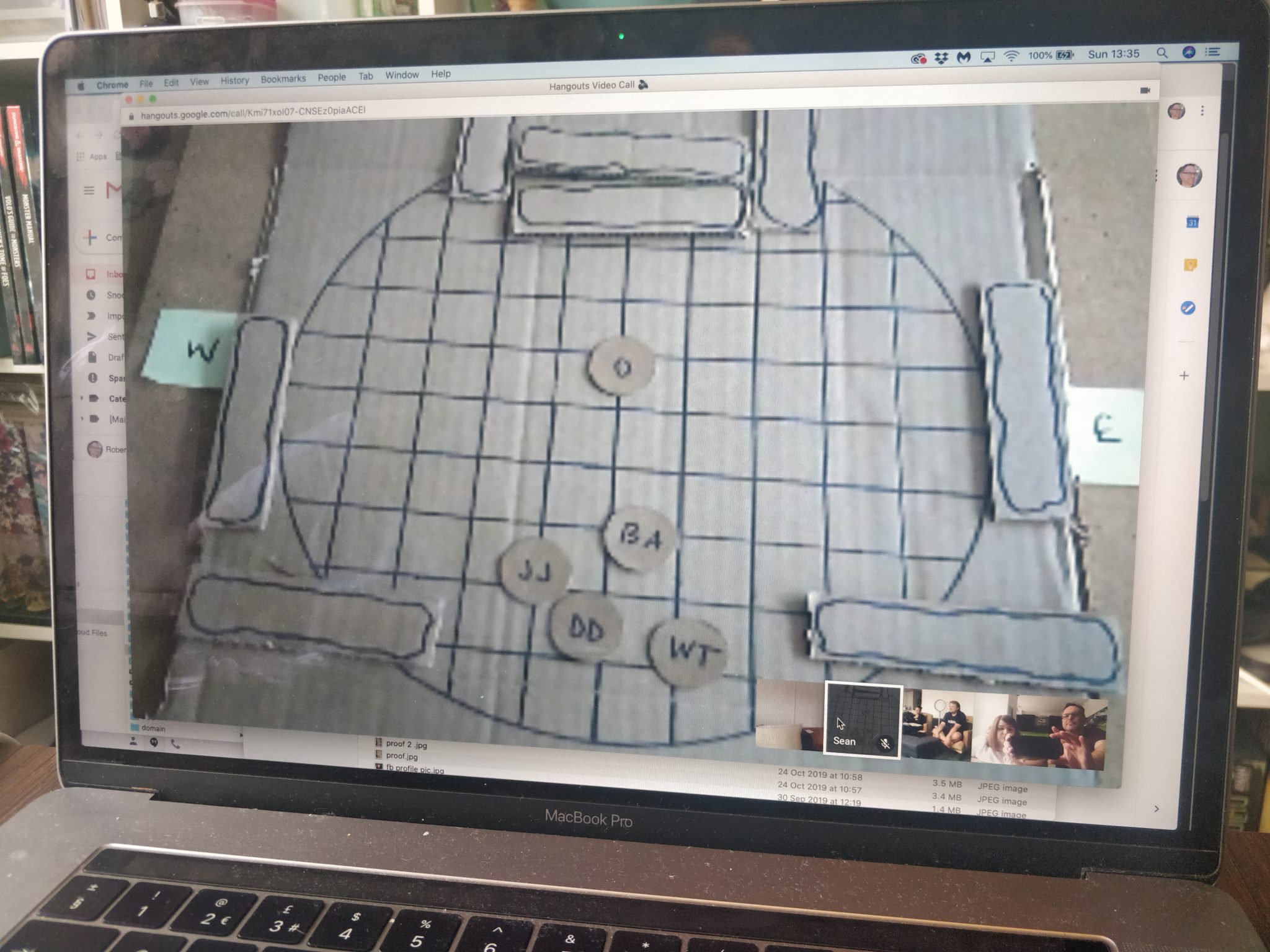 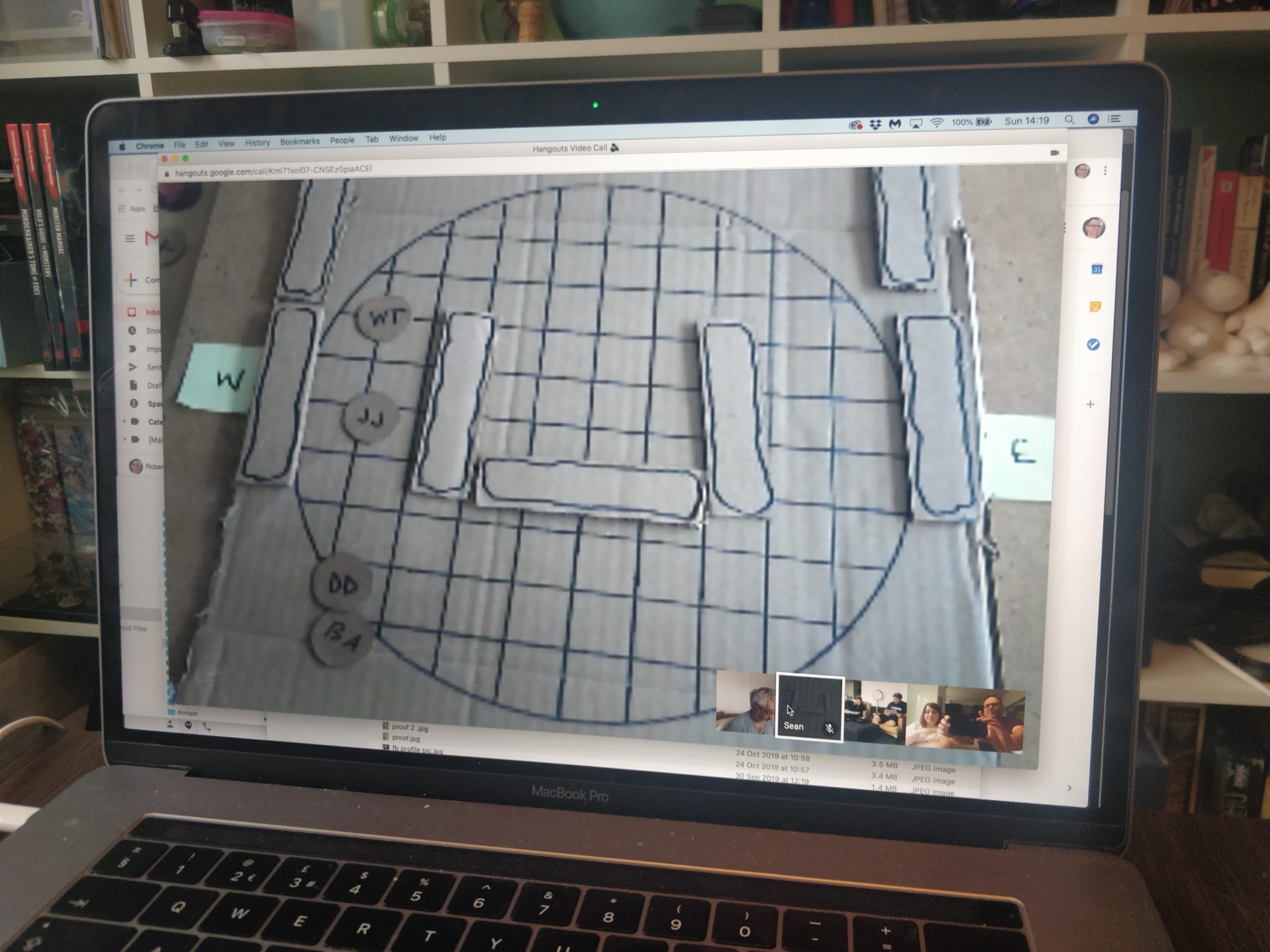 The heroes, keen to find the answer to Brand’s lost memories, hurried down a corridor only for the Bard to almost fall into a pit trap with a Gelatinous Cube, but her was saved last minute by Brand’s quick reactions.

Arriving at the room at the end of the hallway where they fought a few Skeletons, that were no match for the battle-harded Nightshift.

The party investigated the altar in the room and found a book with a torn out corner that matched the piece found in Brand’s hand. The book healed the page itself as the heroes held the torn piece against the torn page and looking through the Black Sapphire, the heroes could suddenly read the unfamiliar alphabet and realised the book contained an incantation.

Not prepared to read it out loud without knowing what it would do, the party took the book and headed back to Daisygate. 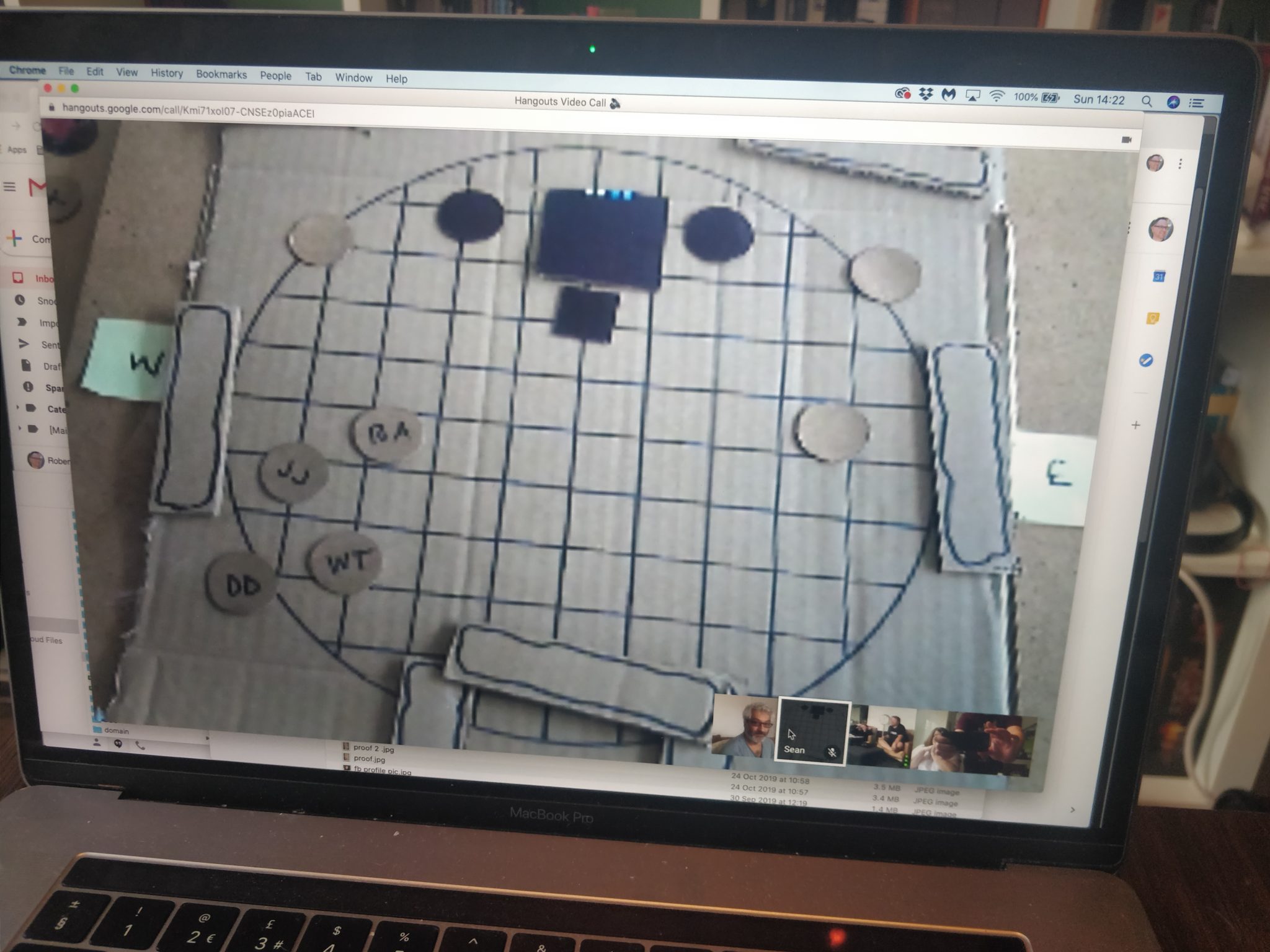