DM notes …eh… actually, it is my notes as a player as this Chapter was DMed by Sean, one of our regular players. He did a fantastic job even with the handicap of having to run the game remotely due to the current pandemic. 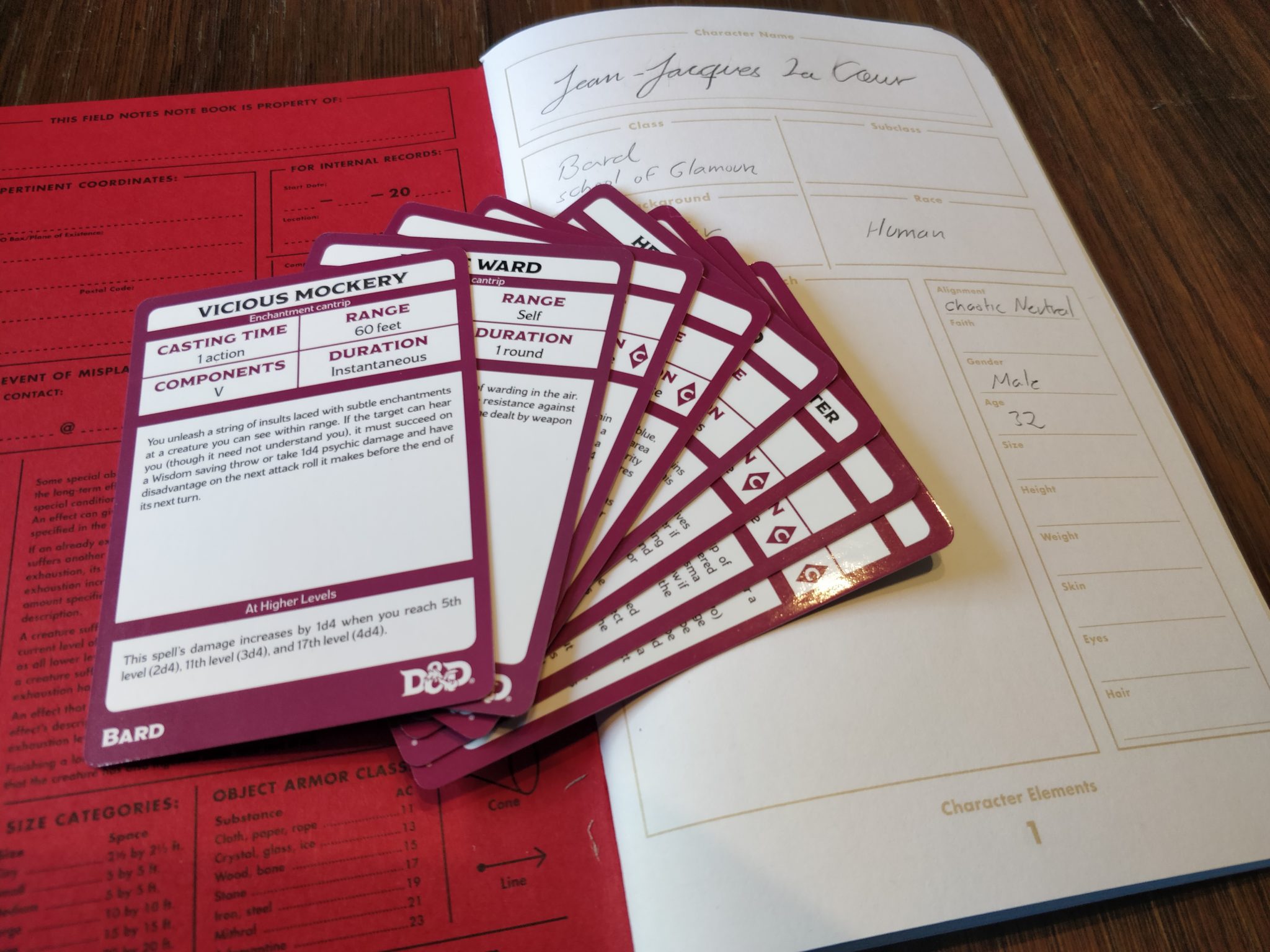 Last time I was a player was in High School, back in 1994 playing Jancovich, the Street Mage in Shadowrun. During the army and Design College I did a bit of DMing, but over all roleplaying games gave way for tabletop wargames and I stopped RPGs completely in 1999 when I moved to London only to pick it up in 2018 as DM for Dungeons & Dragons.

So, as you can imagine, it was equal part excitement and nervousness I rolled up Jean-Jacques La Cœur, the self-centred Bard who is trying to get to the Feywild to learn music from the Fey Masters of Music.

I wanted to make JJ a quirky personality driven more by his eccentric nature rather than MaxMin game optimised character, simply because a character like that is more fun to play! JJ follows these general principles:

The heroes enter a tavern finding an unknown person to them cornered by a Cultist and some Orc Henchmen.

After having killed all the assailants, the party sit down for a chat with the person they save. It is a Bard named Jean-Jacques, who can tell them he just arrived in Daisygate to venture into the Feywild and is truthfully surprised having been attacked like this.

In turns out the assailants were sent by a Dr Balnavi Wizzleeobble, a name vaguely familiar to Jean-Jacques, a person have learned of JJ’s interest in the Feywild and now wants to force JJ to traffic Fairyfolk for him from the Feywild.

JJ quickly losing patience with the conversation, stood up in the middle of the Tavern and shouted if anybody knew of Dr Wizzlewobble and it turned out a gust had a issue of the Daisygate Observer, where Wizzlewobble had posted an ad with his address.

Note, Sean doesn’t have any terrain or miniatures so he made up a set of cardboard cutouts and it works perfectly. 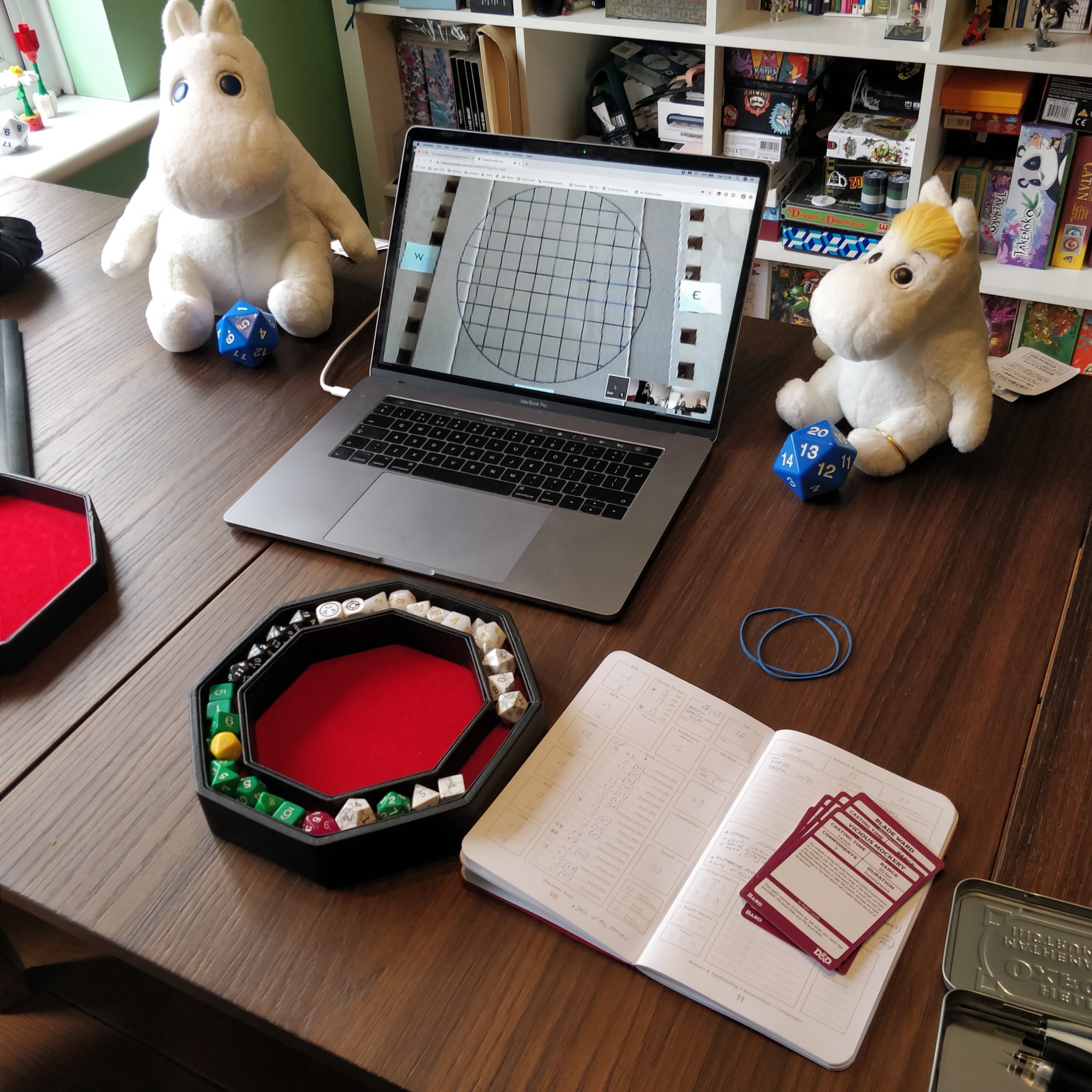 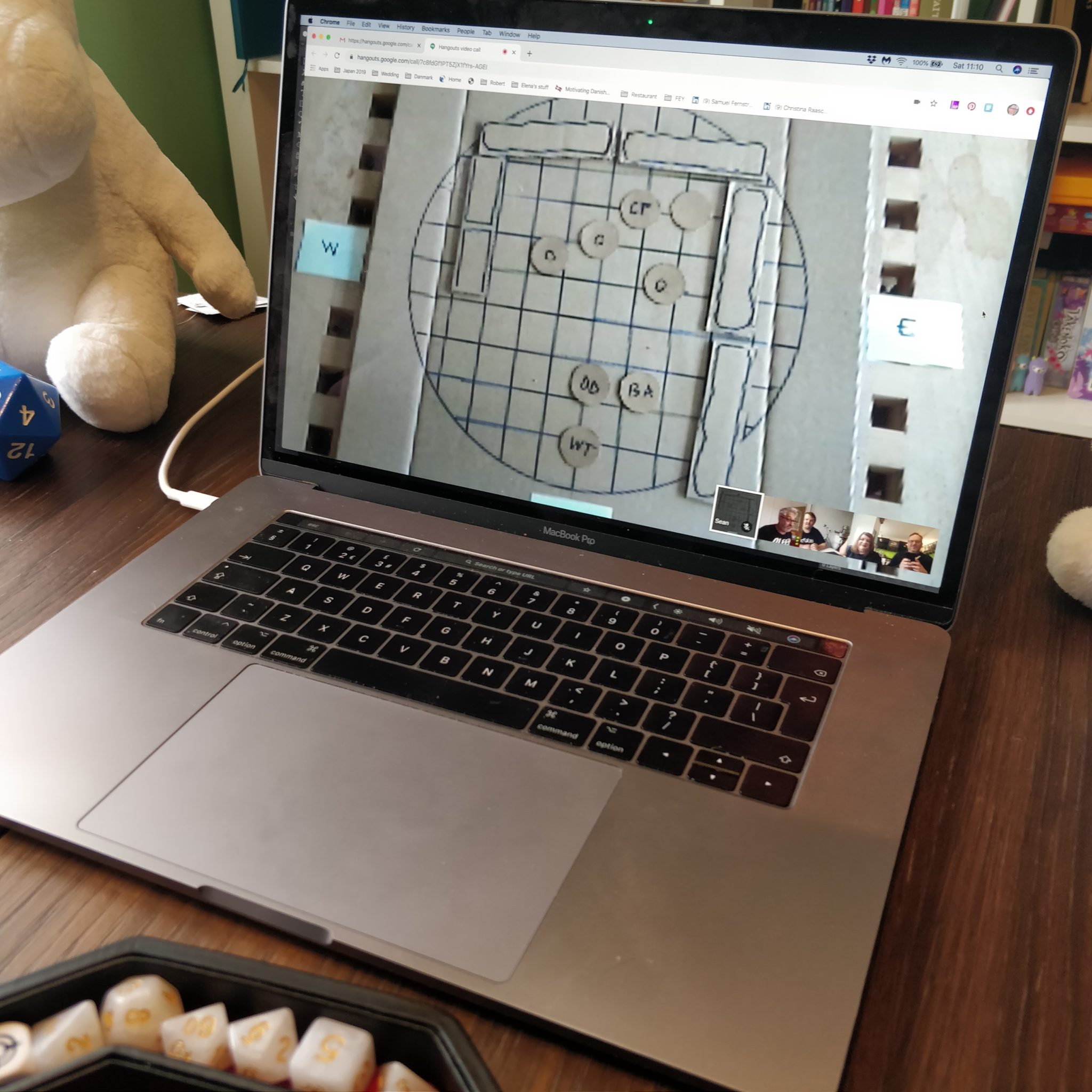 Dr. Wizzlewobble’s shop in the Gutters

The party went to the address found in the ad leading them to the Gutters where they found Dr. Wizzlewobble’s shop.

The shop was empty, but in the back they found a staircase leading down to a basement entrance guarded by two Animated Armours and two levers.

Note, really liked this encounter. Basically it was a combination of a puzzle and a combat encounter, where the Armours was equal parts adversaries and functions for the puzzle.

Having opened the entrance, the heroes entered a cozy room with a desk, two chests and a fireplace…. and yes: The chests were minics! 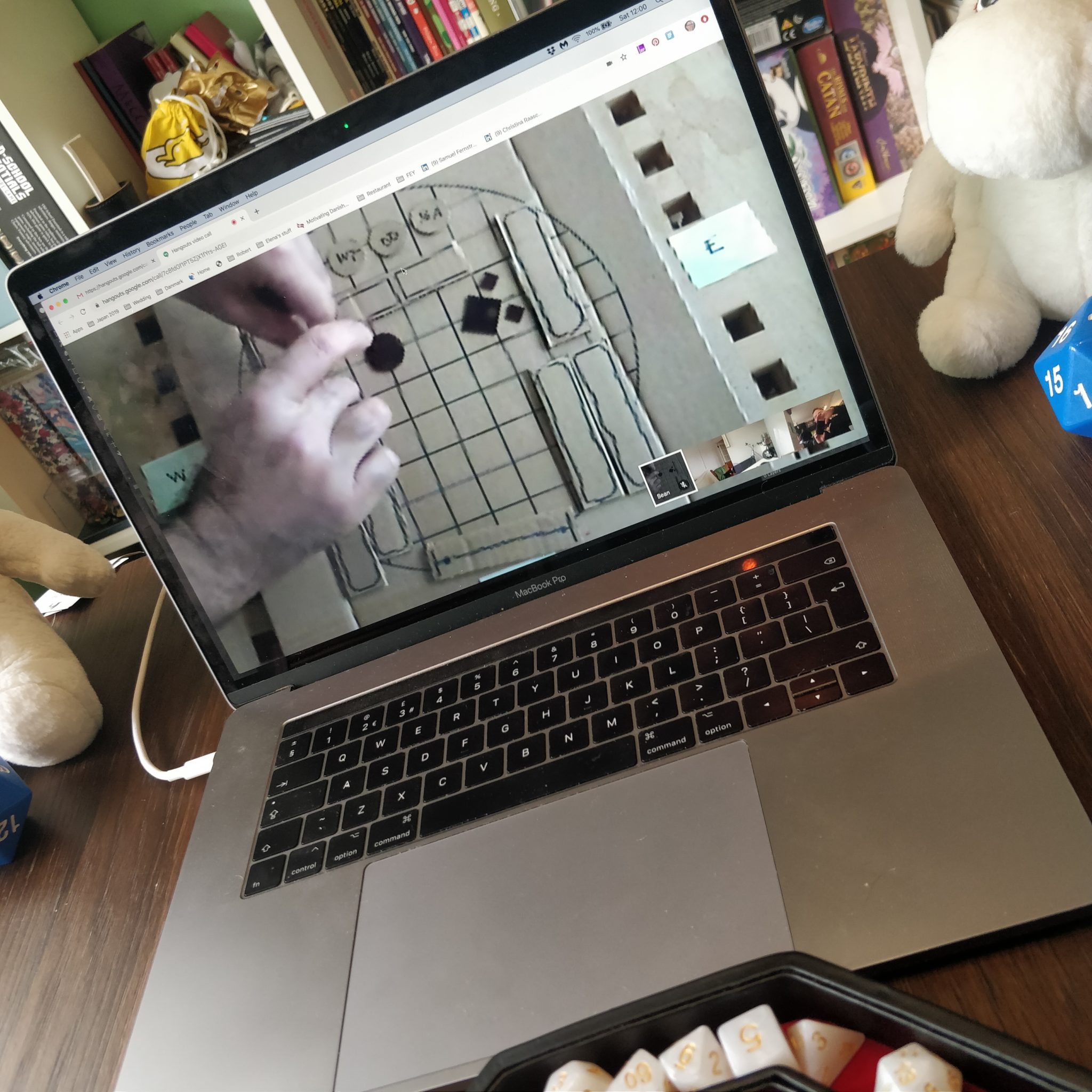 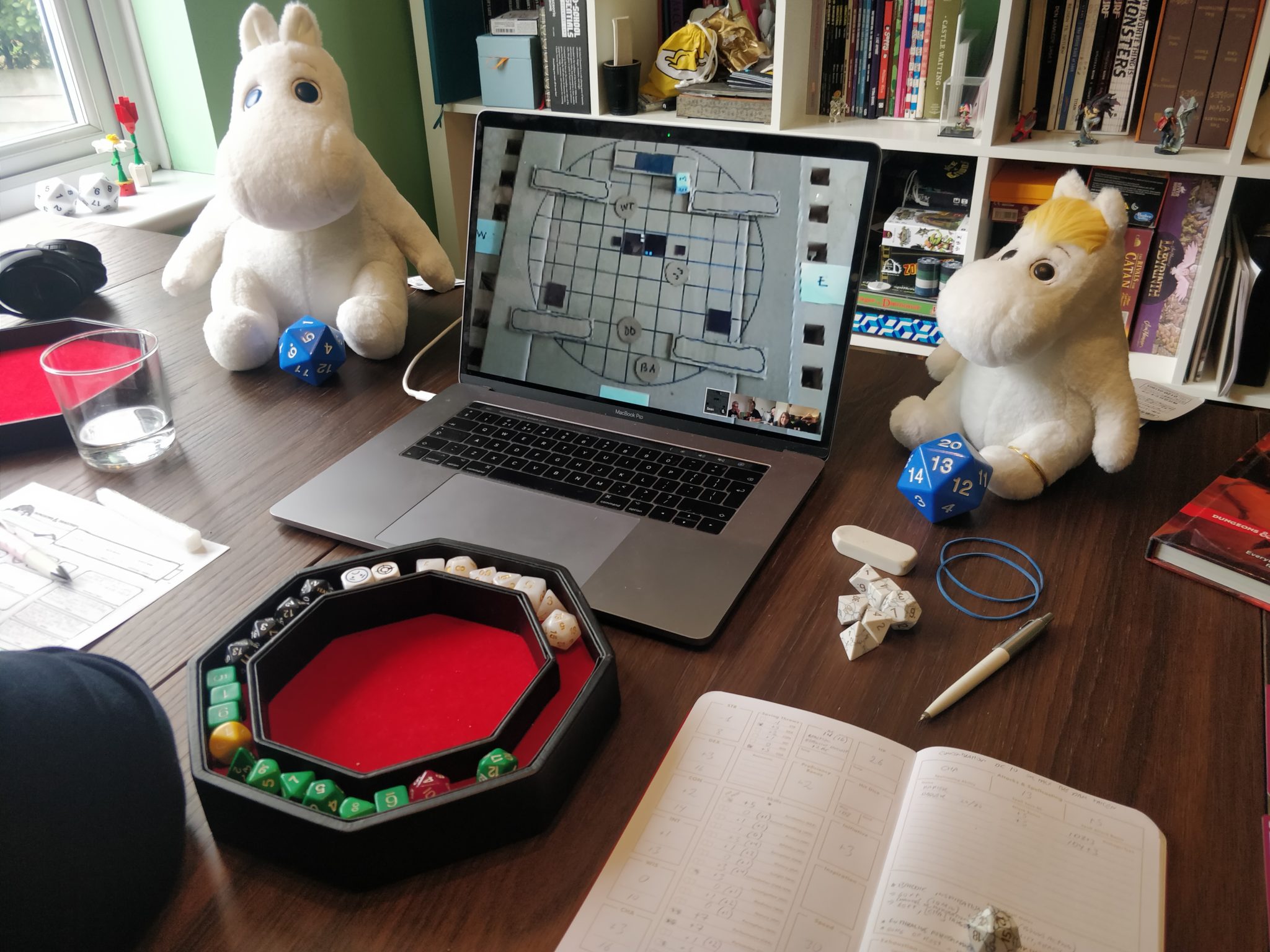 Having killed the mimics, our heroes easily found the hidden door in the fireplace BUT struggled to figure out how to open it! Eventually, the heroes managed to figure out which levers to pull to open the massive fireplace door, revealing a secret chamber where cultists led by a Priestess was performing some ritual.

Fighting the Cult of the Netherworld

Note, I’m kicking myself here as I forgot to take a photo of the setup, but it goes to show how good and immersive the game was.

The party faced the cultists and as they were gaining ground, the priestess covered the room in unnatural blackness and once it lifted, she and her advisors were gone leaving a single cultist to face the party.

Through threats and persuasion the party learned that he belonged to the Cult of the Netherworld! 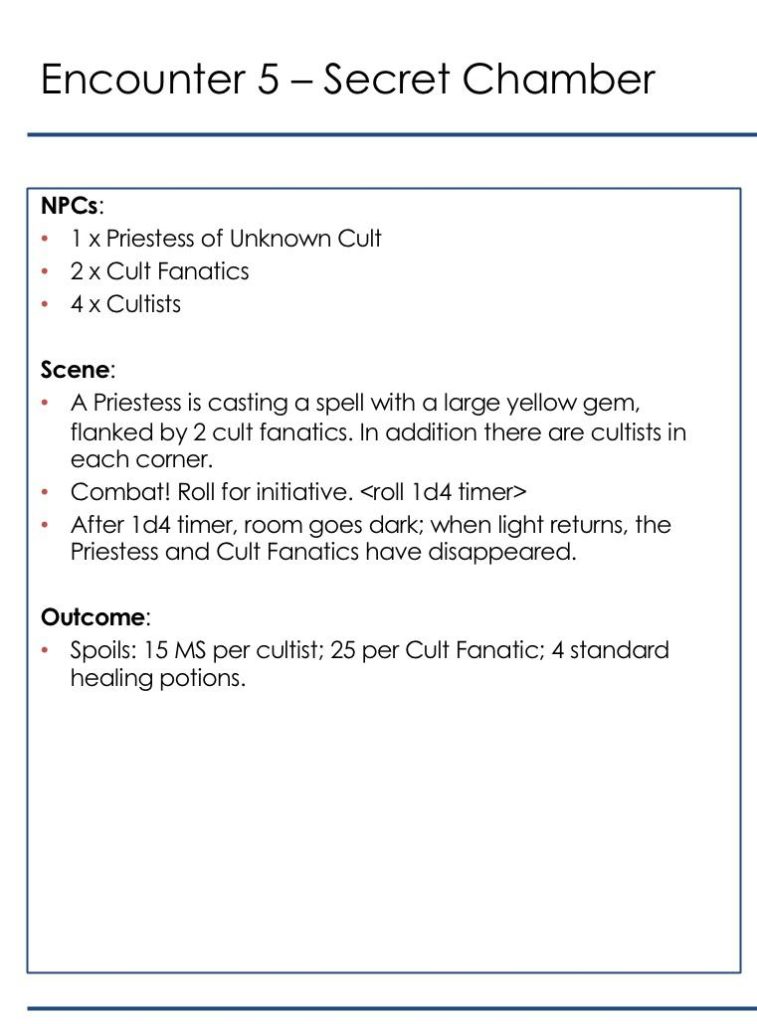 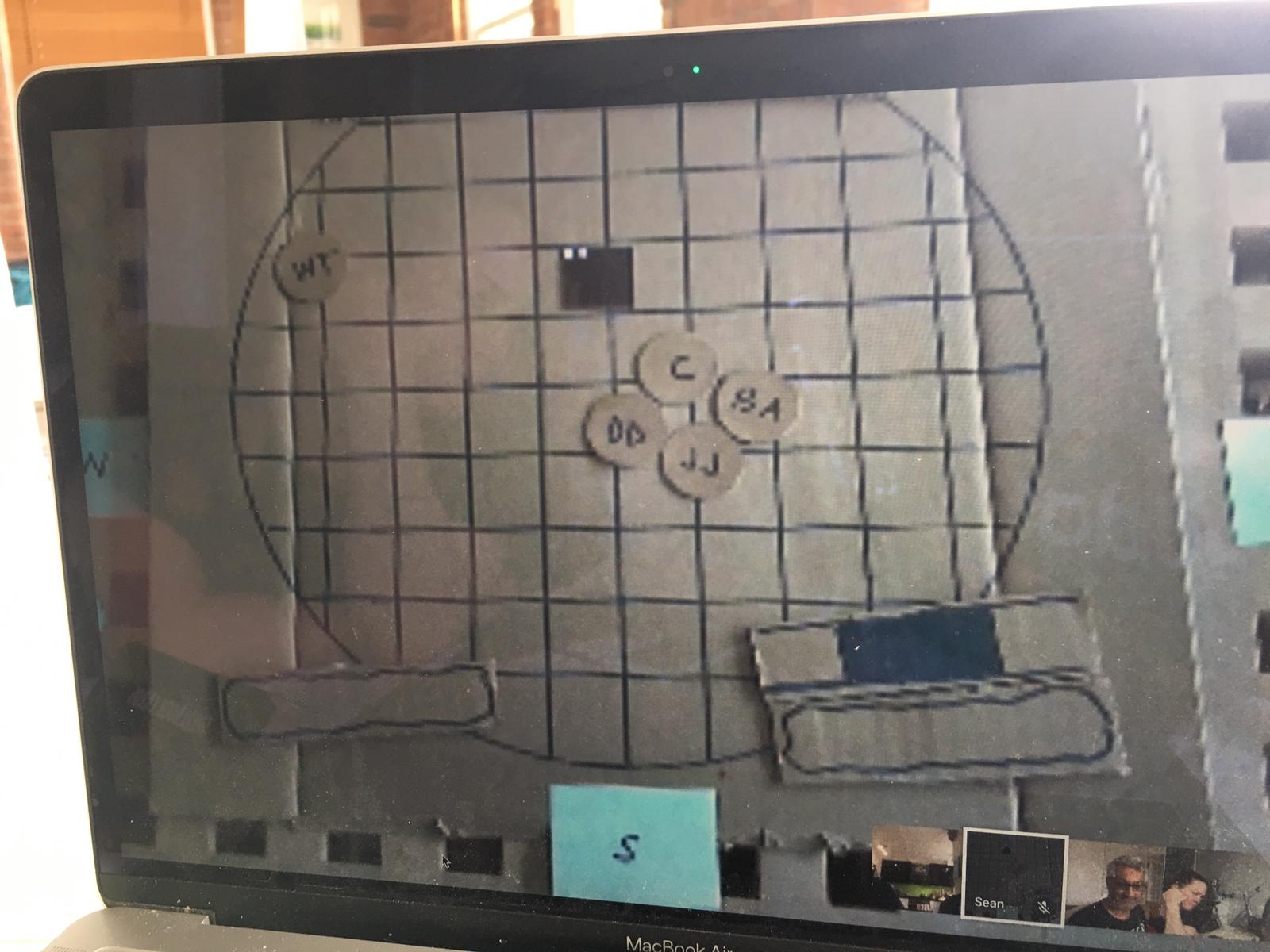 What a fun, old-school dungeon crawl!

We had a good chat afterwards and it was fun listening to Sean talk about his preparation and, as we all do as first time DMs, he had prepared quite a lot of details, info and maps. 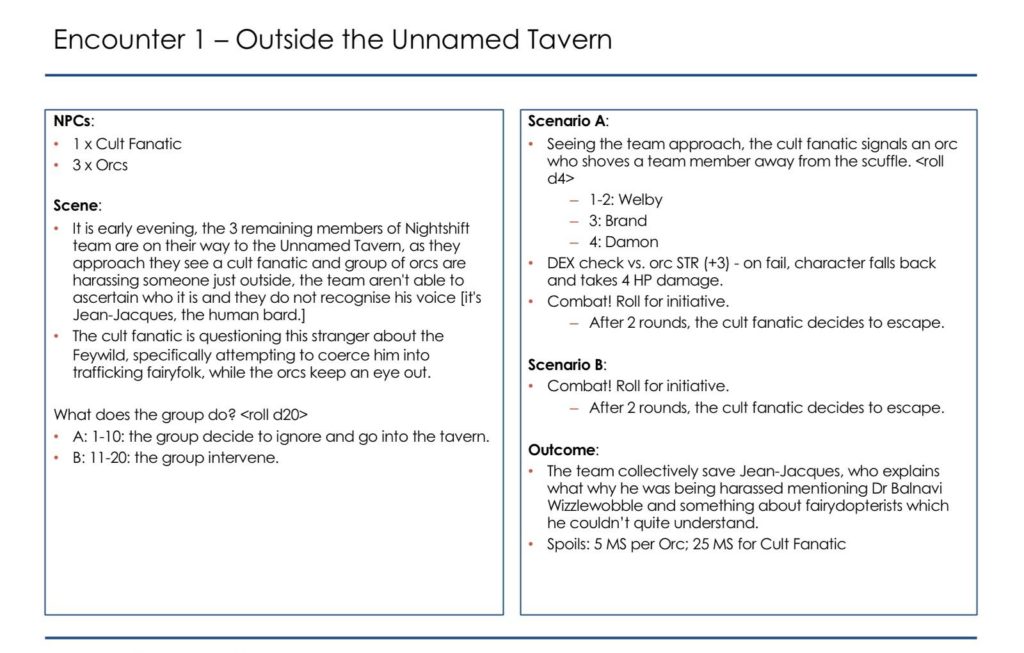 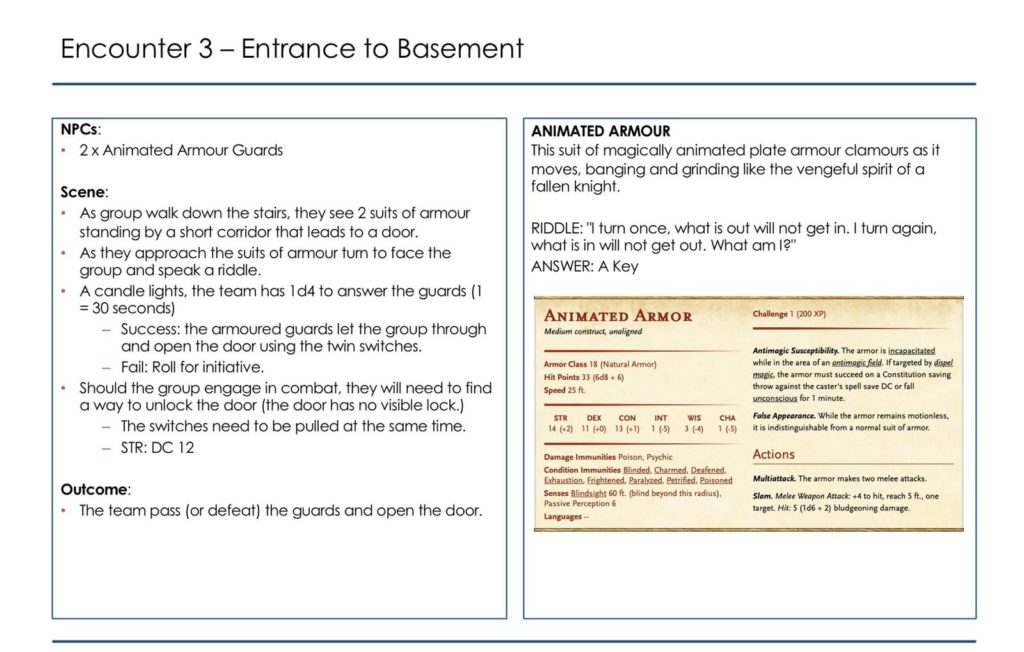 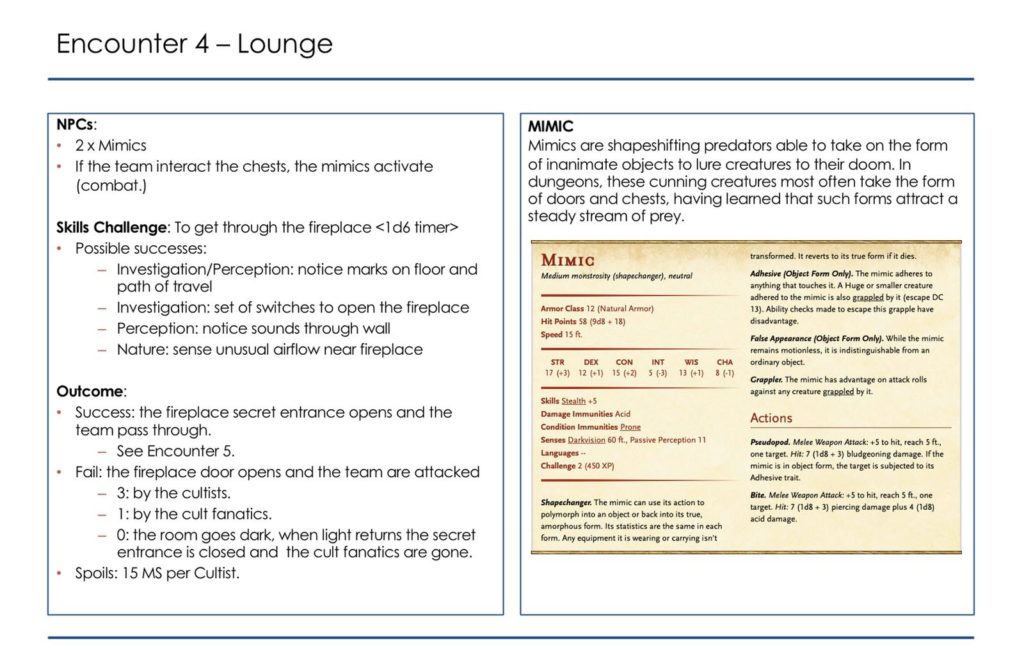 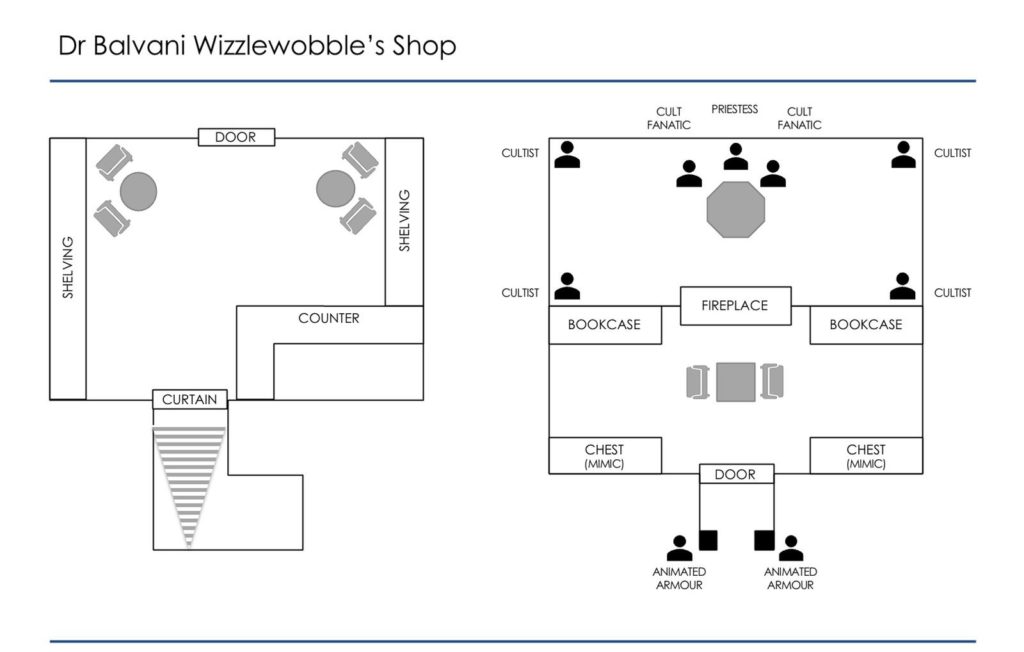 One thing he had added to the rooms was indications of North, East, West and South, to help us remote players navigate the board. Great idea! I’ve added it to the article about running D&D remotely.

The experience has given some of our other players the courage to give DMin a go. I will run the next game (as Sean’s character the Warlock Alyanys have found herself summoned to Avernus to face her Patron so we need to bring her back), but after that one of our other players will be DMing, possibly followed by Sean again,

For me, as let’s face it: A newbie player, it was fun to frankly be in the dark of the story and I look forward to continuing the adventures of Jean-Jacques, the most incredible Bard in the material realm.