What is VOR The Maelstrom?

Shortly after releasing VOR, FASA went belly up leaving VOR in limbo from which it has never returned. However there is still a strong VOR community gathering at The Warp and the minis can be bought from Iron Wind Metals, including minis never released while the game was official alive.

A Description of the game 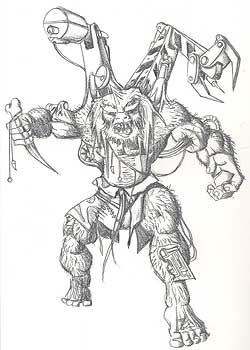 In 2000 I became fed up with Warhammer 40.000. I thought Games Workshop had gone too far in simplifying the rules with 3.ed.

But what to play then? First thing I found was Warzone and managed to buy two magazines before Target Games (makes of Warzone) went belly up.

Reading reviews of both it seemed VOR had slightly more detailed and slightly better rules.

I like the quality of the VOID minis, but the VOID world seemed to clean and futuristic for me, so I chose VOR The Maelstrom to be the replacement of 10 years of Wh40k gaming.

And even though FASA (the old makers of VOR) also went belly up, I think I chose right. I have since tried VOID and the system IS good, far better than wh40k but VOR is slightly better.

VOR is rumoured to return soon though, but nothing solid as of yet. 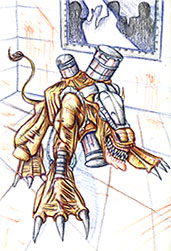 I won’t go into much detail here since the VOR The Maelstrom Fluff is incredibly detailed and well written, but the short version of the background is that Earth effectively is divided into two camps; The Union (USA and Friends) with the their High Tech equipment and well-trained soldiers against Neo Soviet who field poorly equipped troops supported by Mutants and toxic weapons.

Then Earth is dragged into a cosmic Force called the Maelstrom, which is like a sub universe nobody can escape from. As that wasn’t bad enough it turns out that The Maelstrom is inhabited by all sorts of alien races all trying to survive. These alien races are quite different form humans and from each other. They go from everything from Growlers (hybrid between dinosaurs and Gorillas with mind contact to fellow Growlers) to Shards (pure crystal entities) and many more.

And that’s were we are. 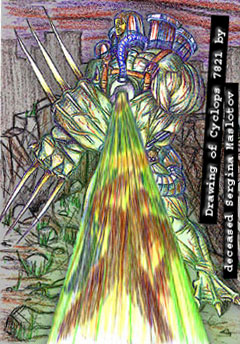 VOR The Maelstrom is a turn based D10 gaming system; you move a squad, opponent move a squad etc.

The system works around MVP points, a given mini have a certain MVP for example 10 (for an average human). You distribute these MVPs on all kinds of actions; Shooting, moving, Close Combat etc all comes down to MVP.

Let’s say you want to move 6″ to get behind cover and shoot. You would spend 6 MVP to move the 6″ (1 MVP for each inch) then you would use 4MVP to shoot (varies depending on the weapon.

OR you could choose to move 2″ closer to the cover and fire twice for 8MVP (2X4MVP).

You finish each mini until the whole squad have used their MVPs.

This system makes VOR a very, very flexible system where you have to think about what you are going to do with each and every miniature, which I like.

And you can use whatever miniatures you like and VOR The Maelstrom does not only allow you to use what ever minis you have in your closet, it also provides you with rules how to make any miniatures into a fully fledge VORarmy. This is in my opinion one of the very cool features, if not the coolest in VOR.

The different races in VOR have very different rules making each army a completely new experience to play with.

VOR plays from 500 point and upwards without a problem. Union can be a bit pushed with 500 points but they will manage.

The way you purchase an army is very loose; basically each mini has a requirement, like you can field a Neo Soviet Officer for each Two Rad Trooper squad etc. Very fluid system and very good system.

VOR has brilliant rules (the best I have ever seen), it has amazing artwork and it has extremely well written fluff…. BUT the VOR minis aren’t the best, there I said it!

The VOR minis does carry through the feel of the VOR fluff, but they are not up to the same standard, they are not bad, not bad at all, but compared to the rules, fluff and artwork they are only 80% of the former.

VOR is the best tabletop game I have ever played. VOR is effectively the path Warhammer 40.000 should have taken after Rouge Trader; Clean simple rules, but tactically difficult game with enough space and rules to make each game unique. 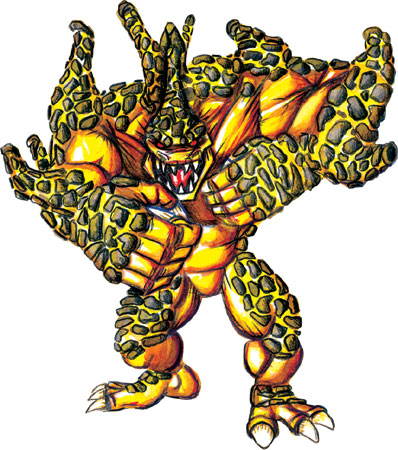