My 8 year-old nephew, soon to be 9 year-old nephew (HEJ DANIEL) recently got some Tyranid Termagants, but ofcourse a bit disappointed they came unpainted.

I should also mention I’ve hacked a small Tyranid band together using the Shadow War: Armageddon rules creating custom rules for my nephew’s Termagants lead by the Brood Lord I decided to paint. I’ll write up an article about this in the future.

Anyway, let’s get on with the show!

The first part of this article will show the step by step paint job following the video followed by video and pics of the finished Brood Lord at the end. I’ve bought a box with all essentials for painting Tyranids this way for my nephew so look forward to giving it a go next time I see him. 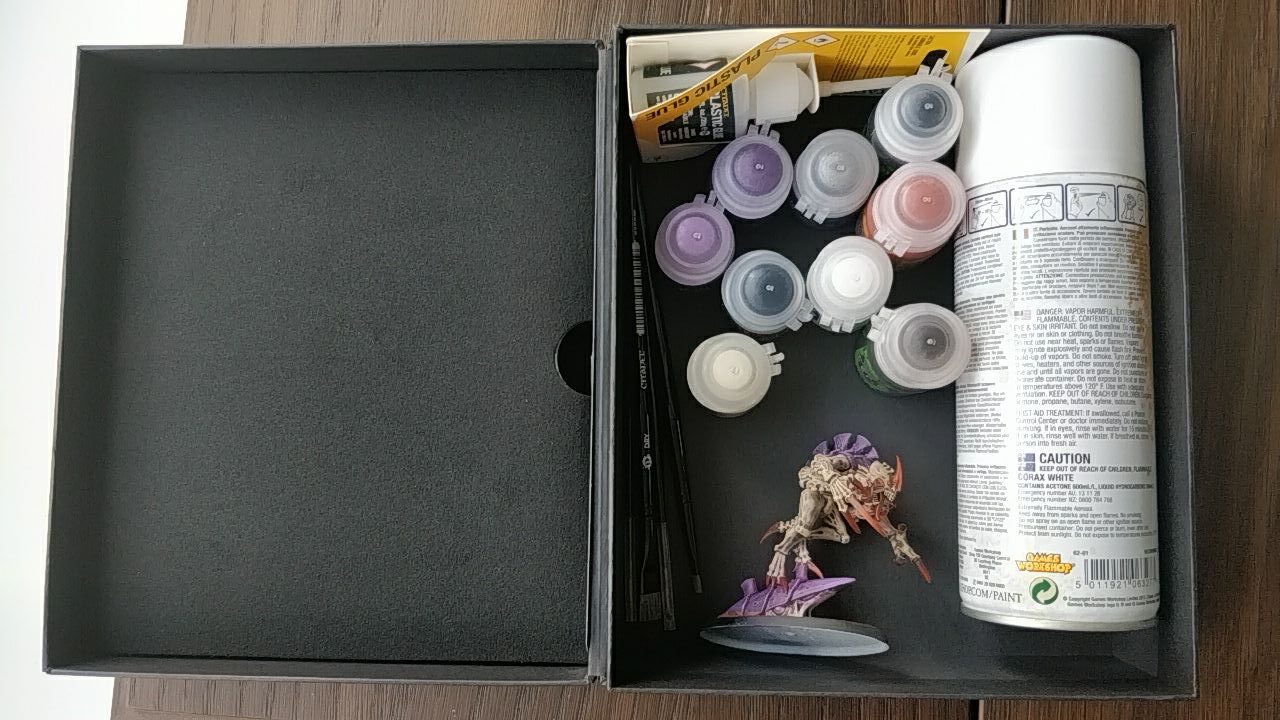 1. Glue the miniature together! 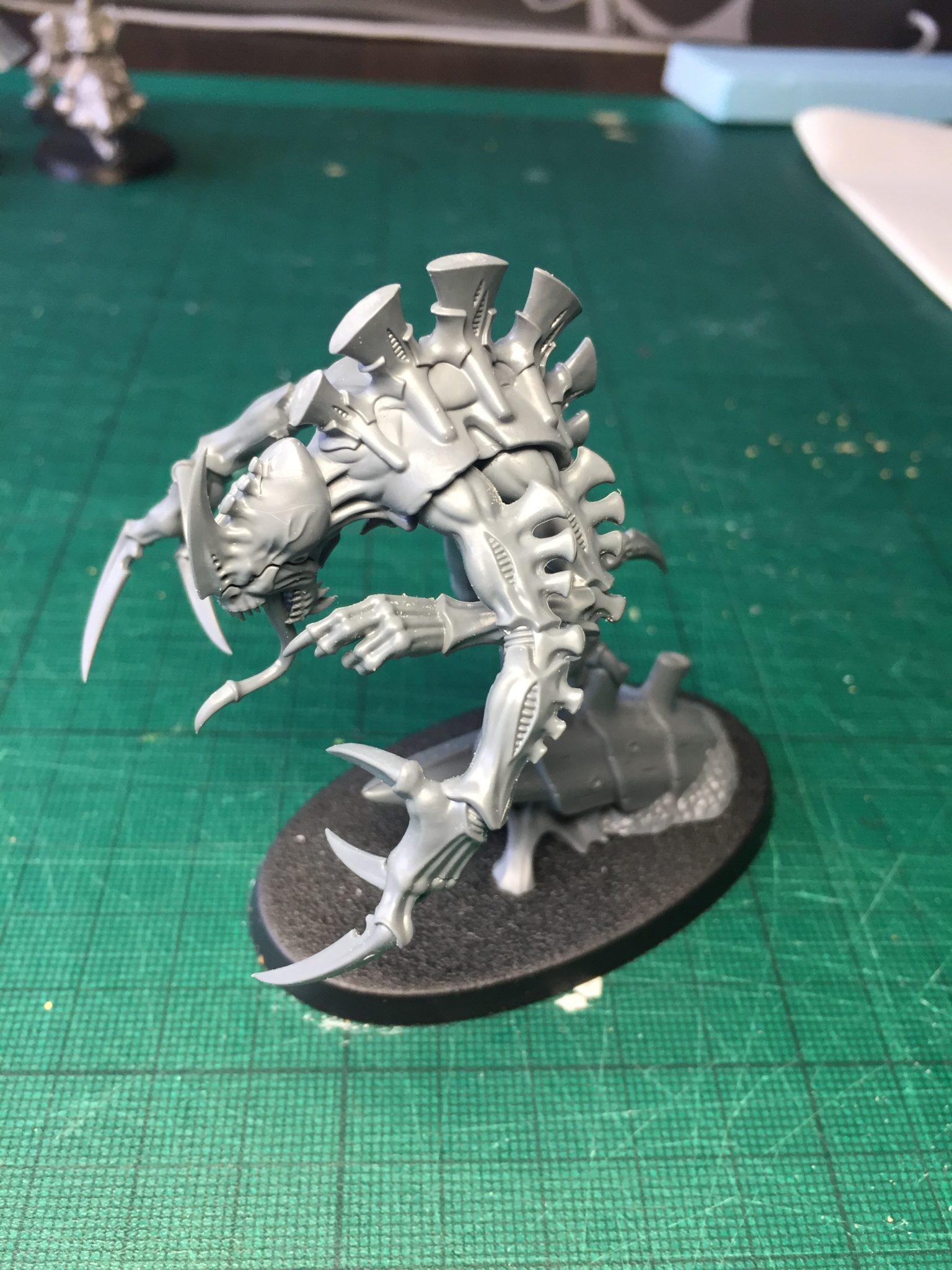 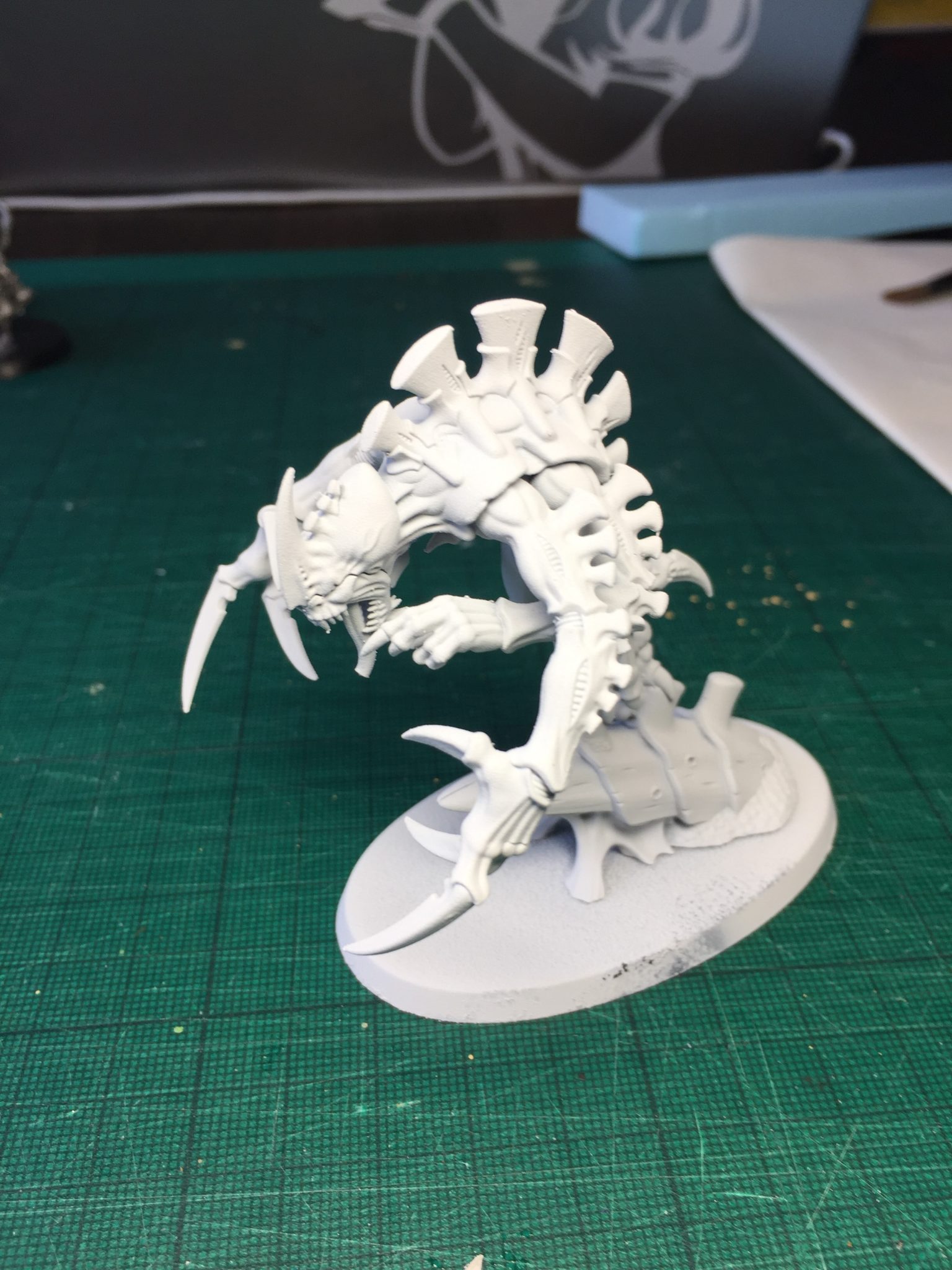 3. Wash with Argrax Earthshade. Wait until dry to proceed. 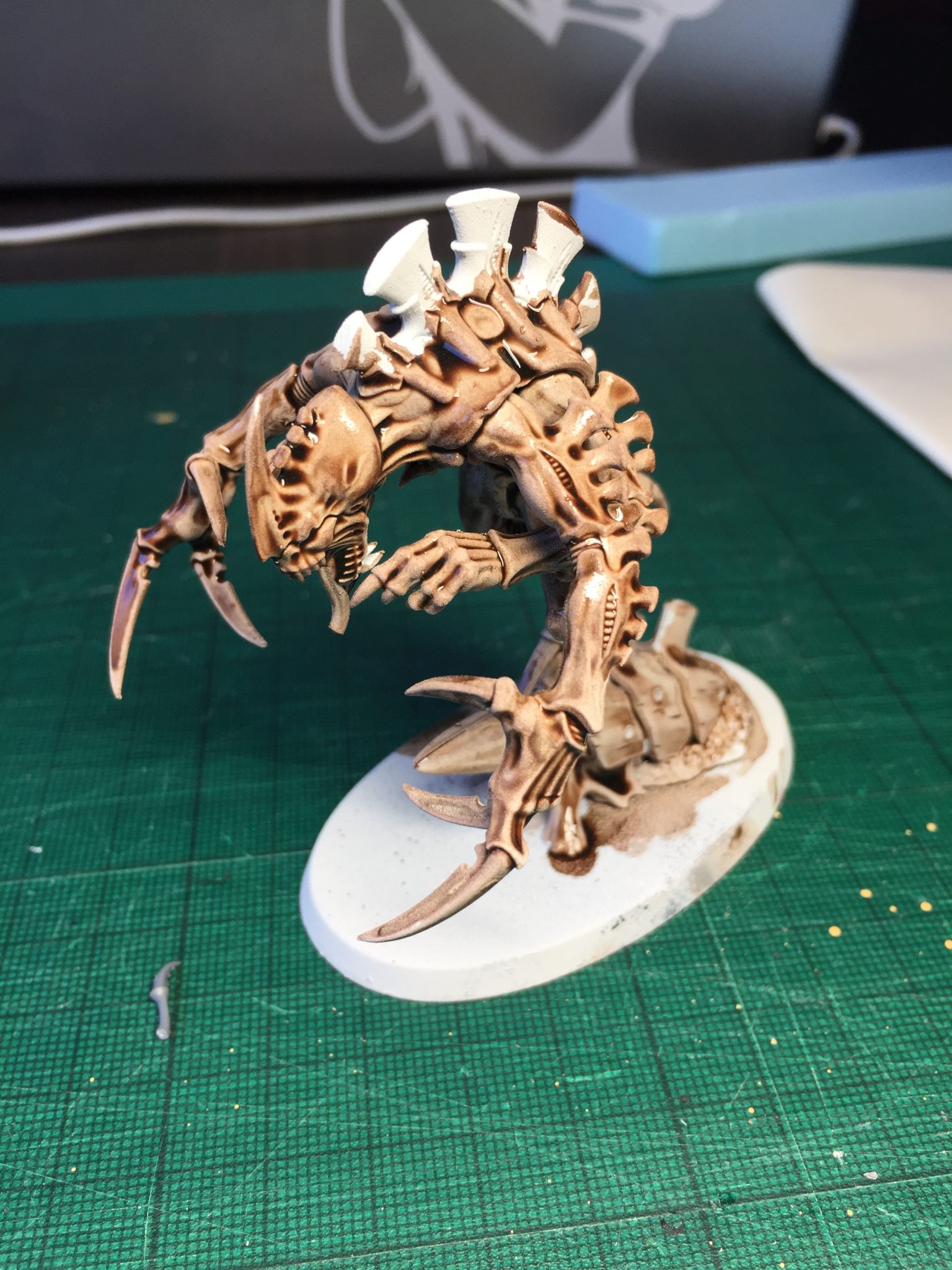 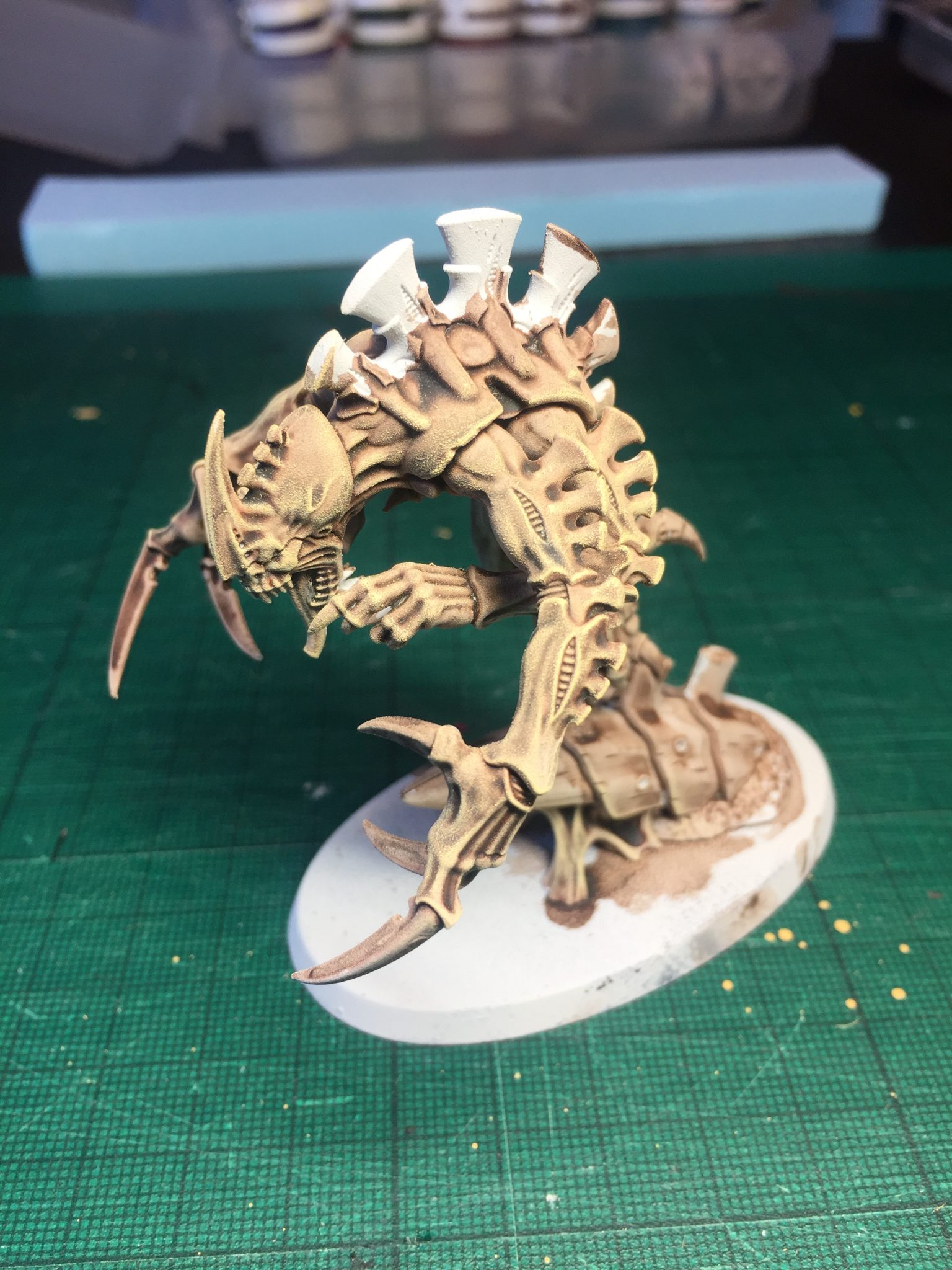 5. Paint carapace plates with Xereus Purple and leave to dry. 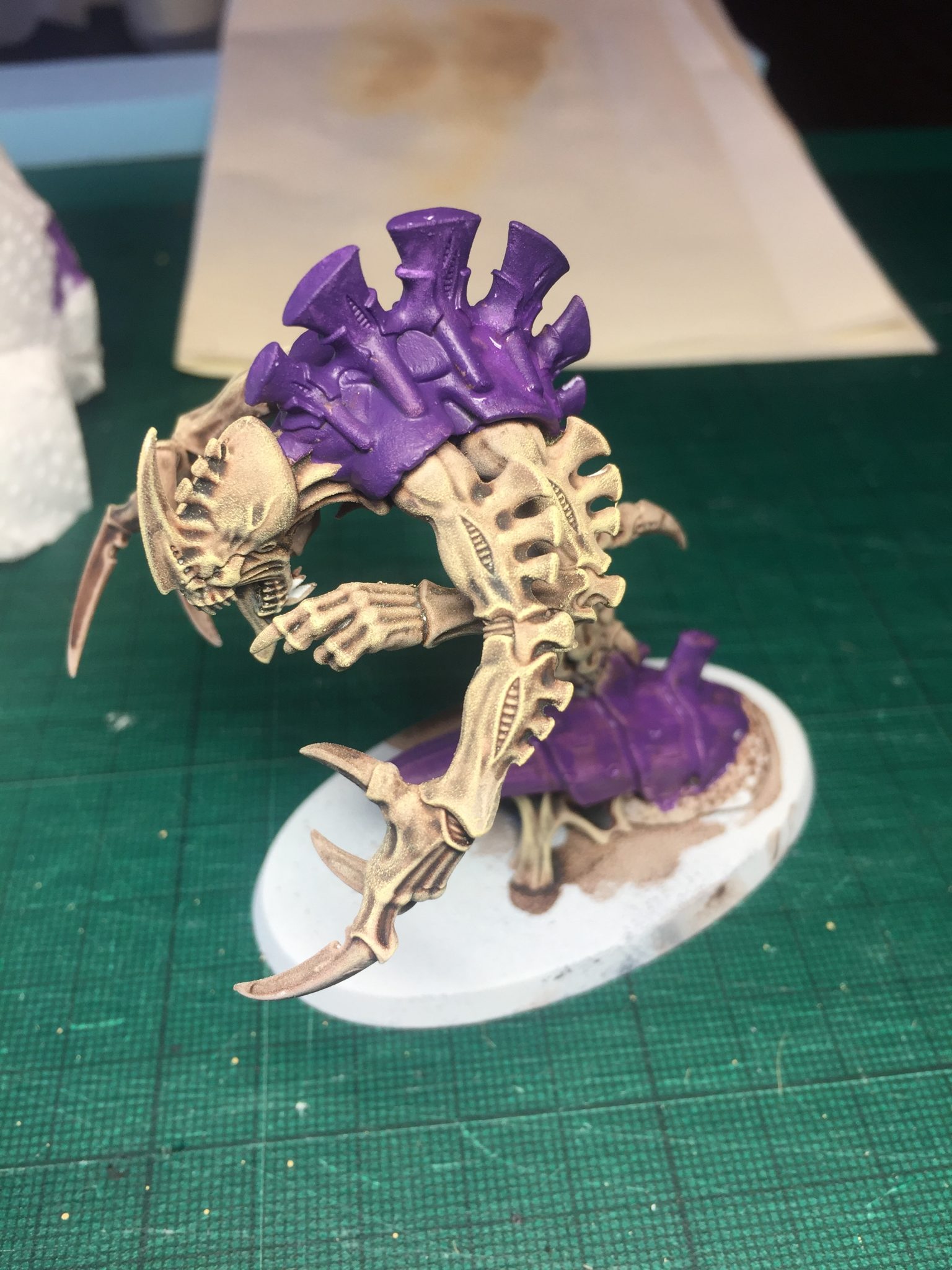 6. Drybrush with Genestealer Purple (I did put some white in for an additional drybrush). 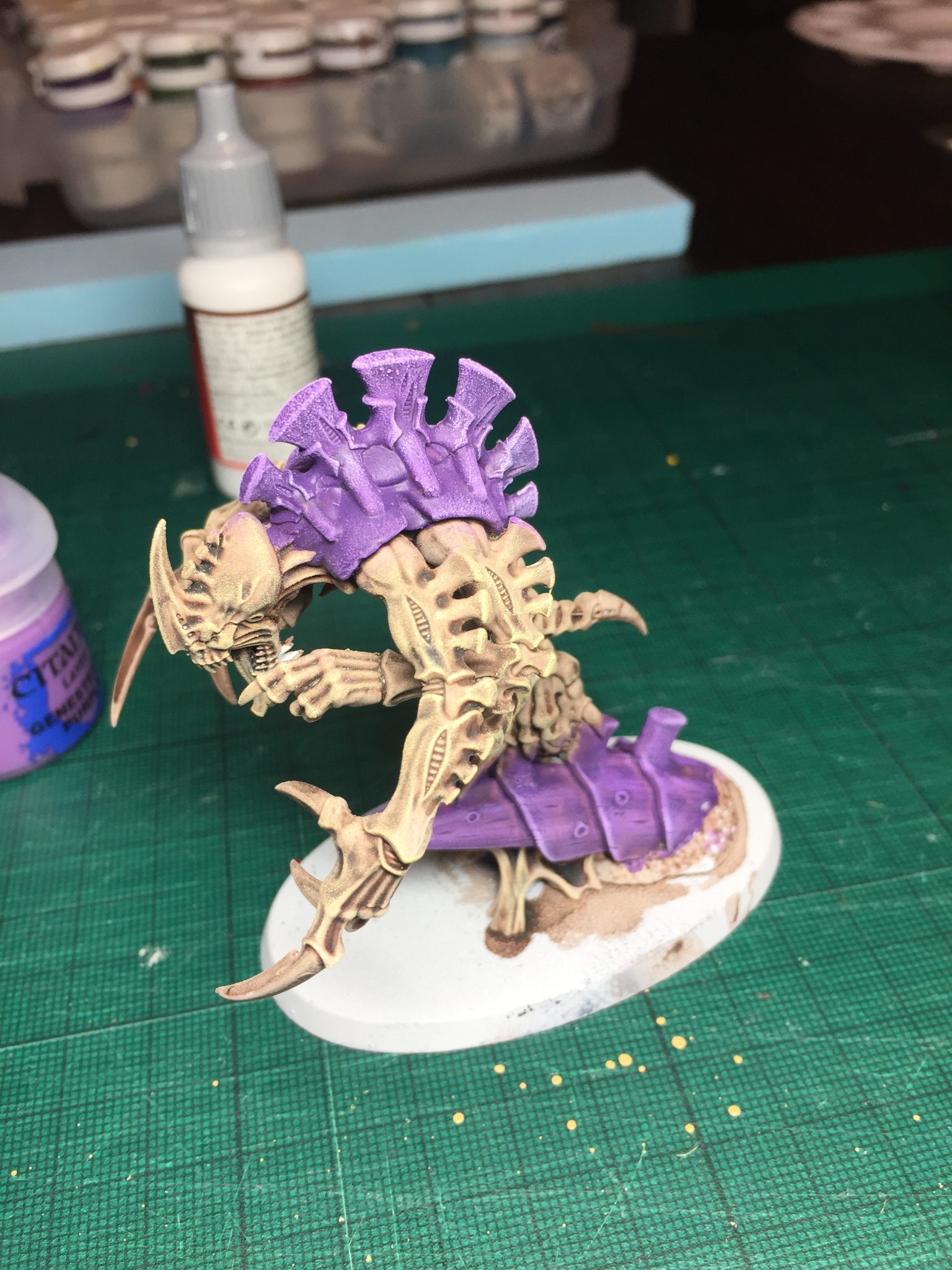 7. Paint claws red. I cheated and wet blended a bit here… after all this dude is leading the little warband. 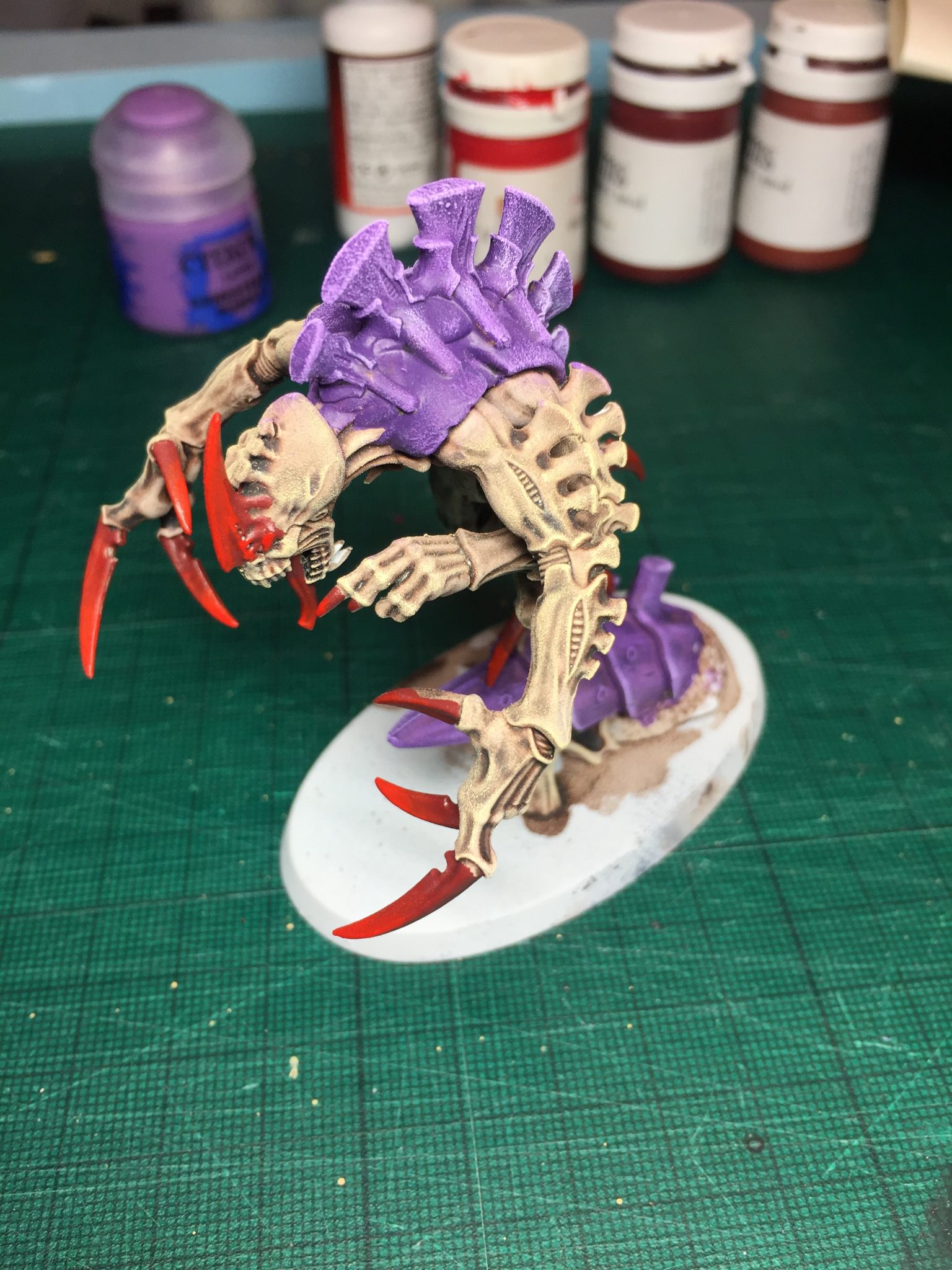 8. Paint based with Martian Ironcrust and clean up edges with black. done! 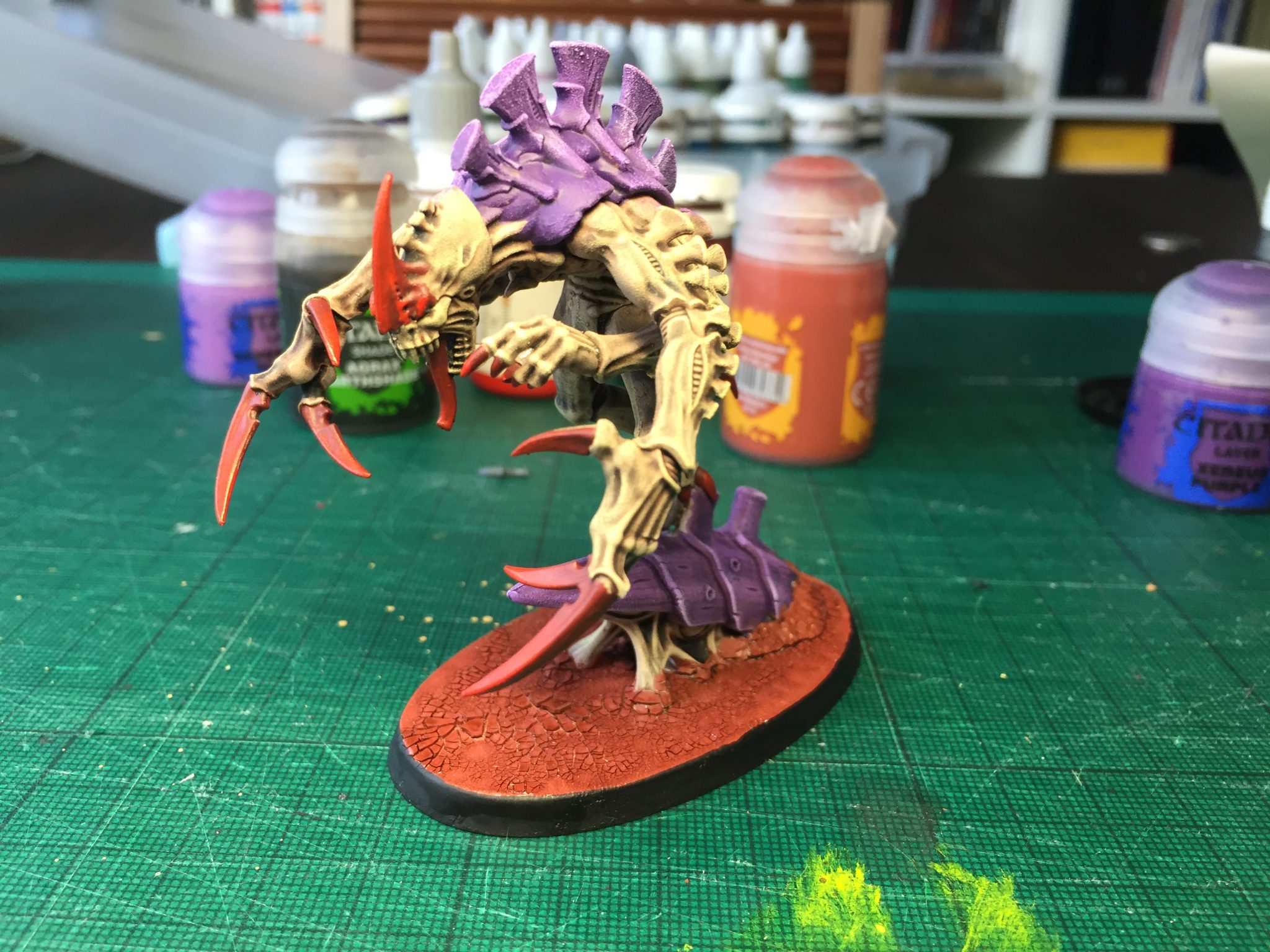 And here is the final result 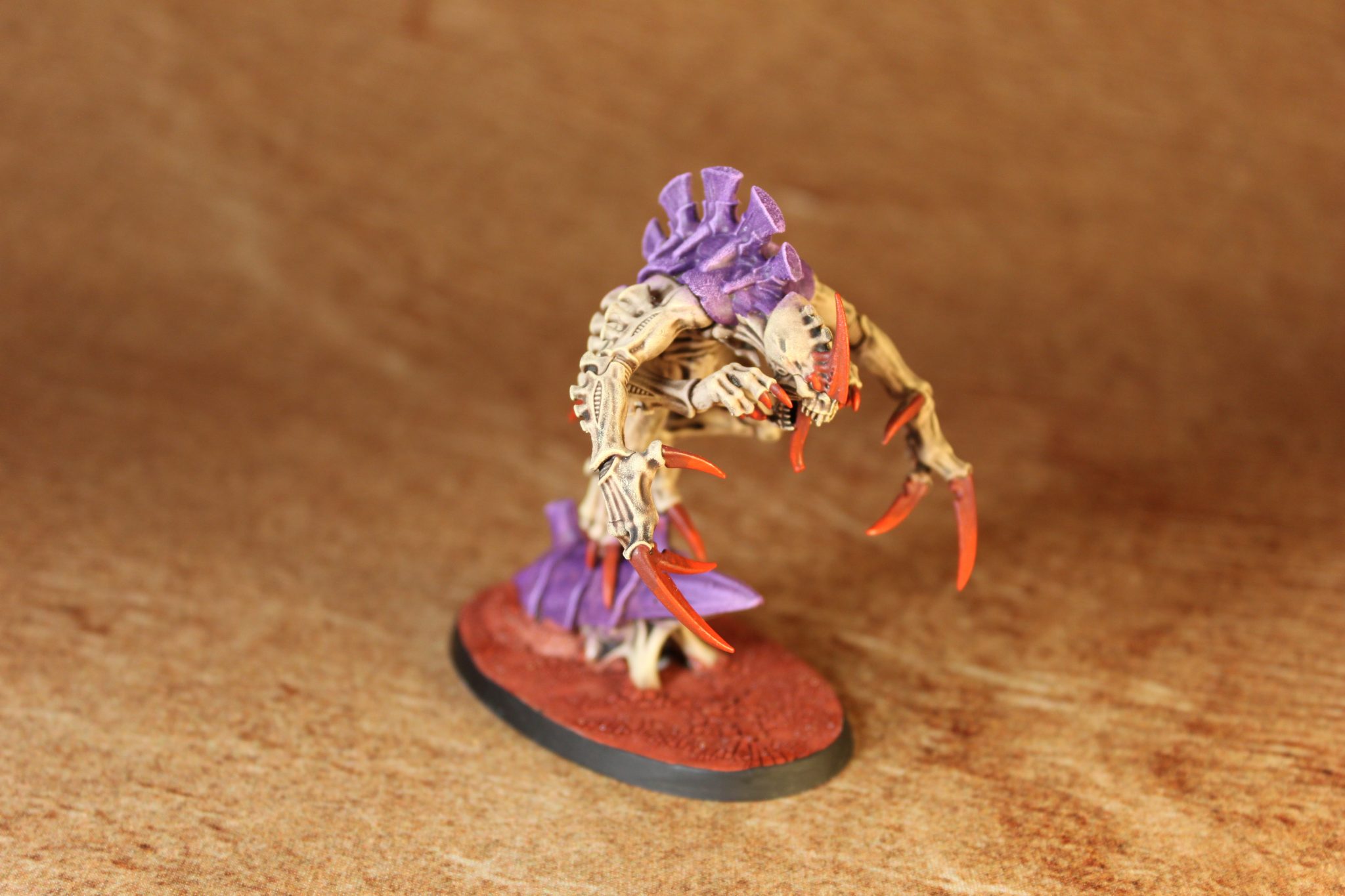 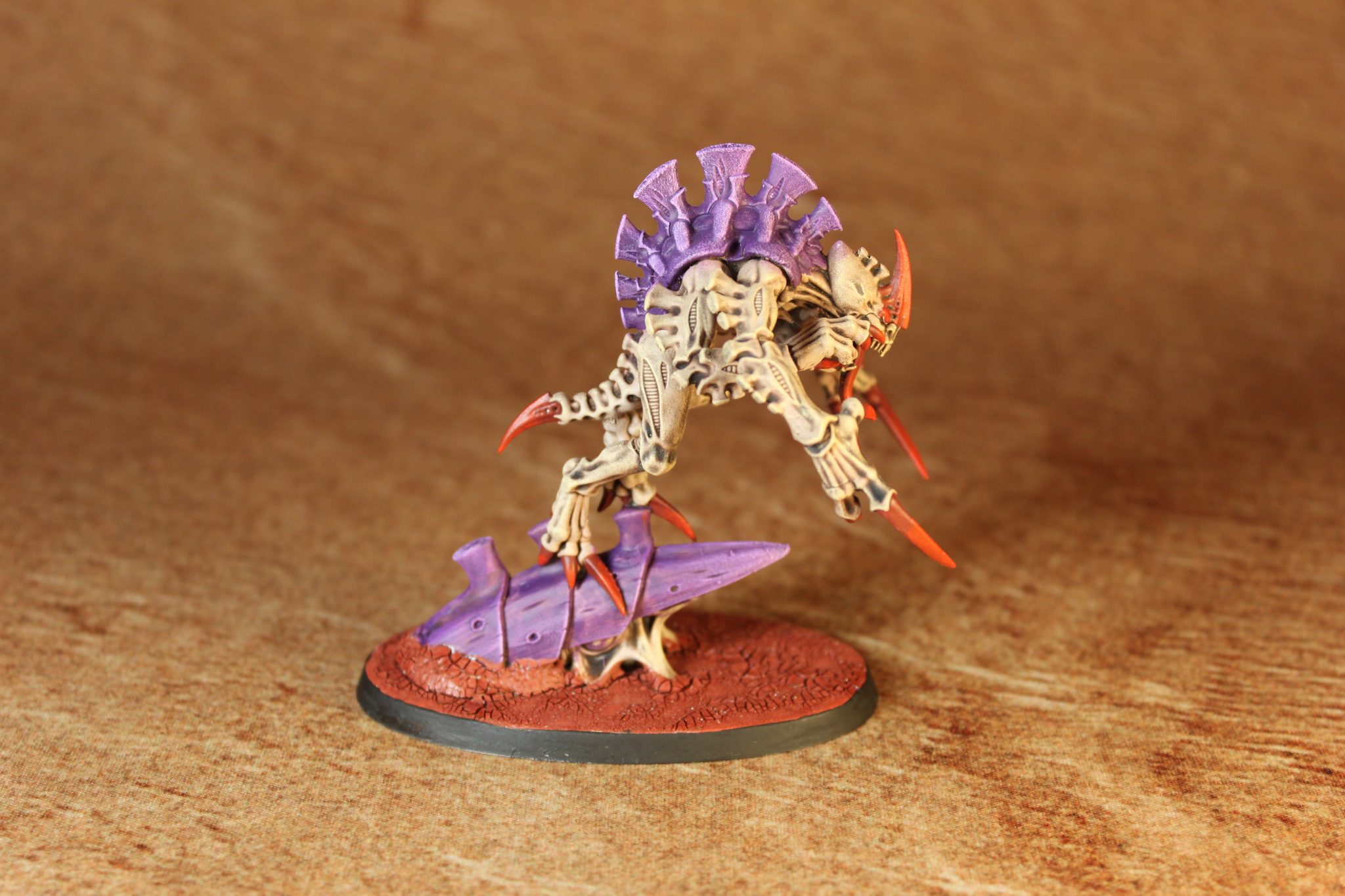 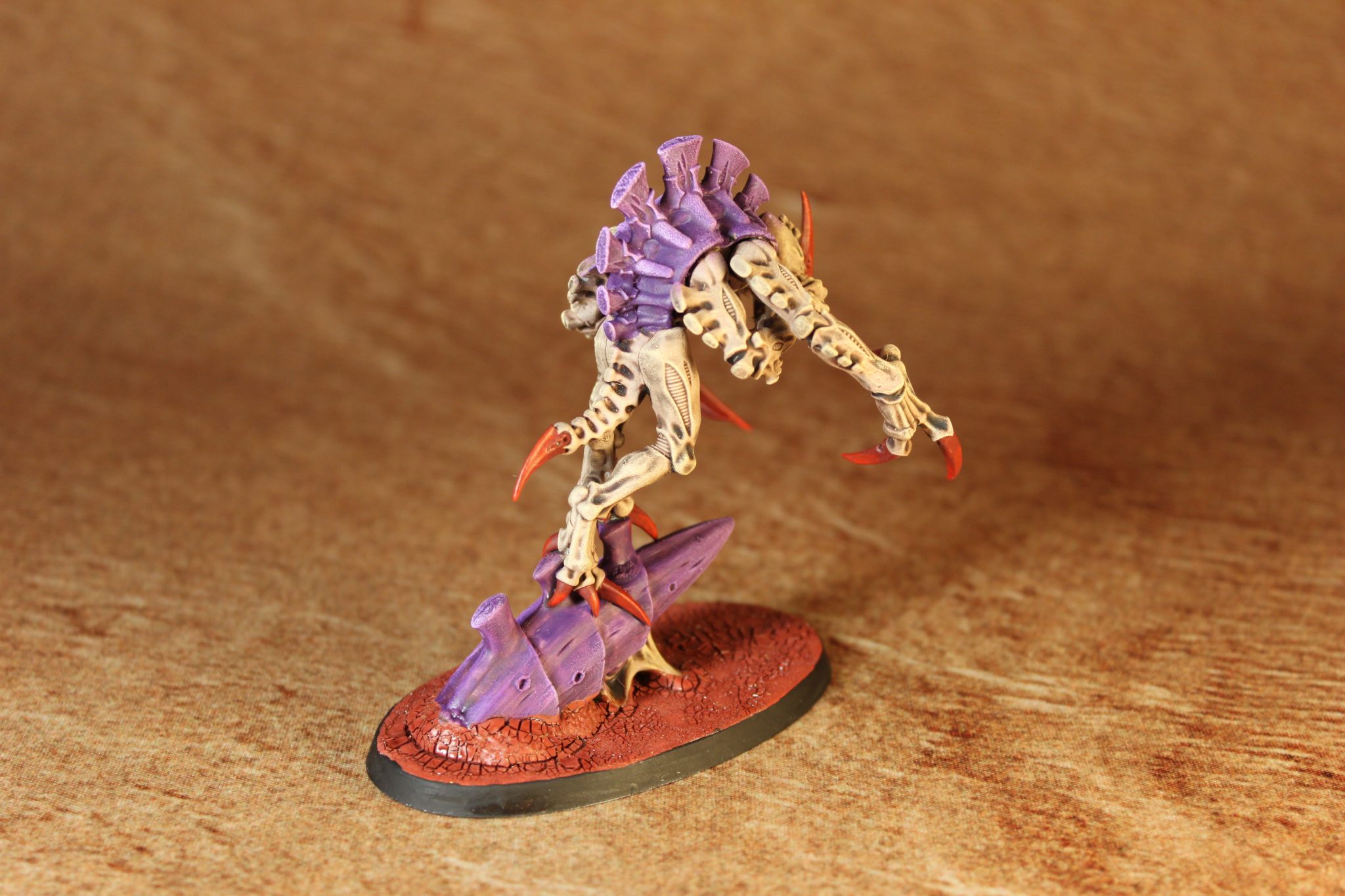 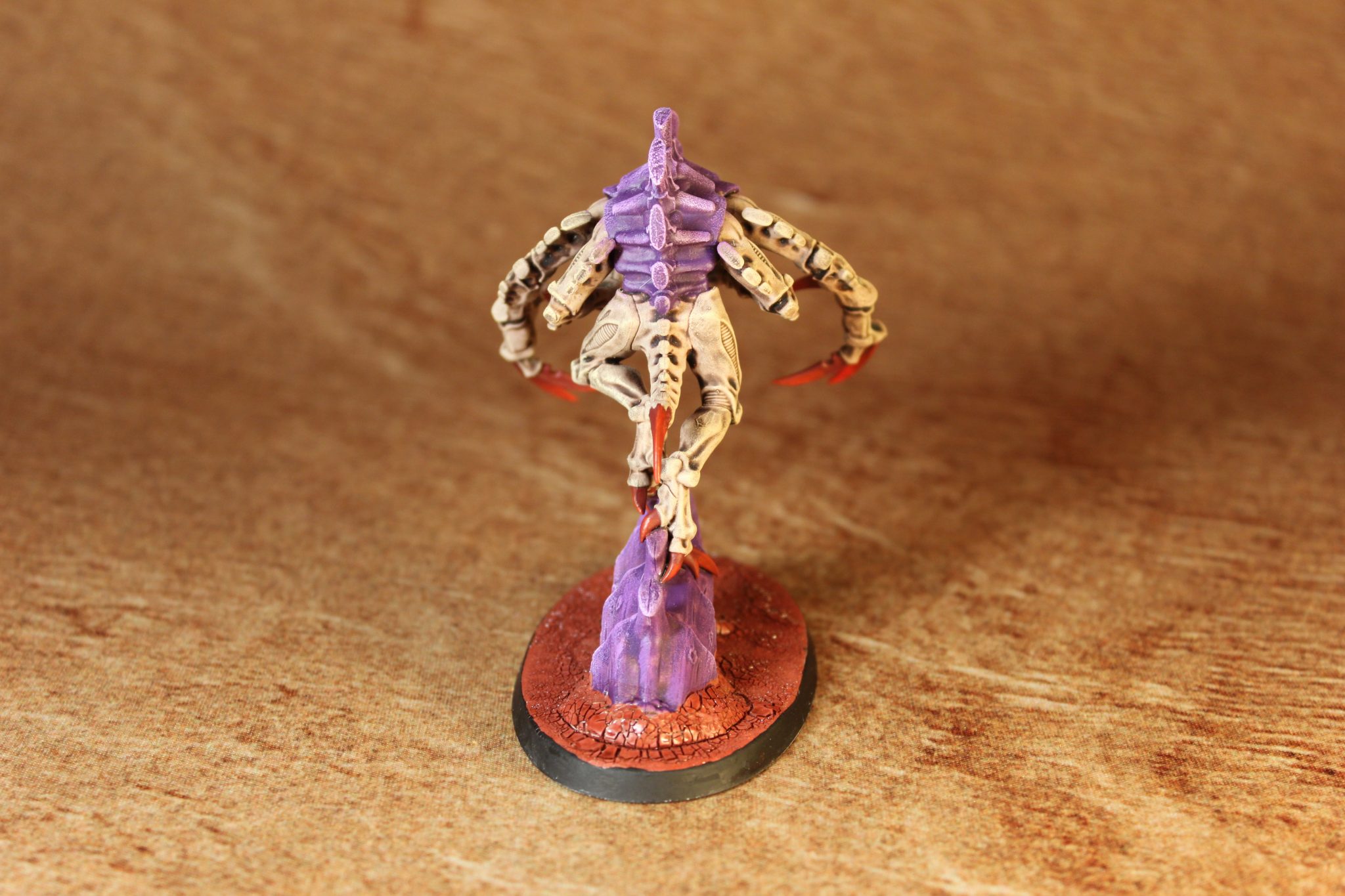 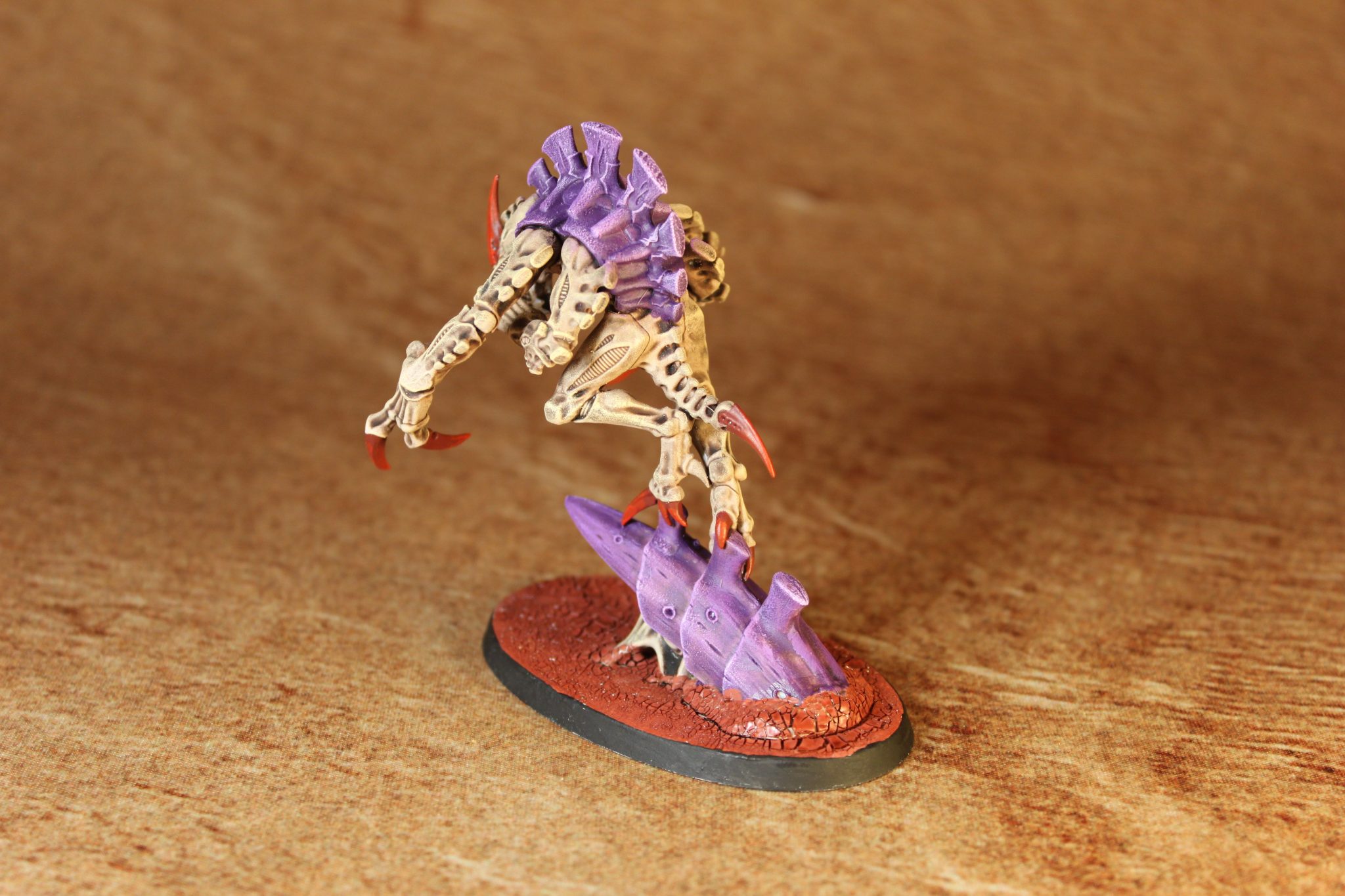 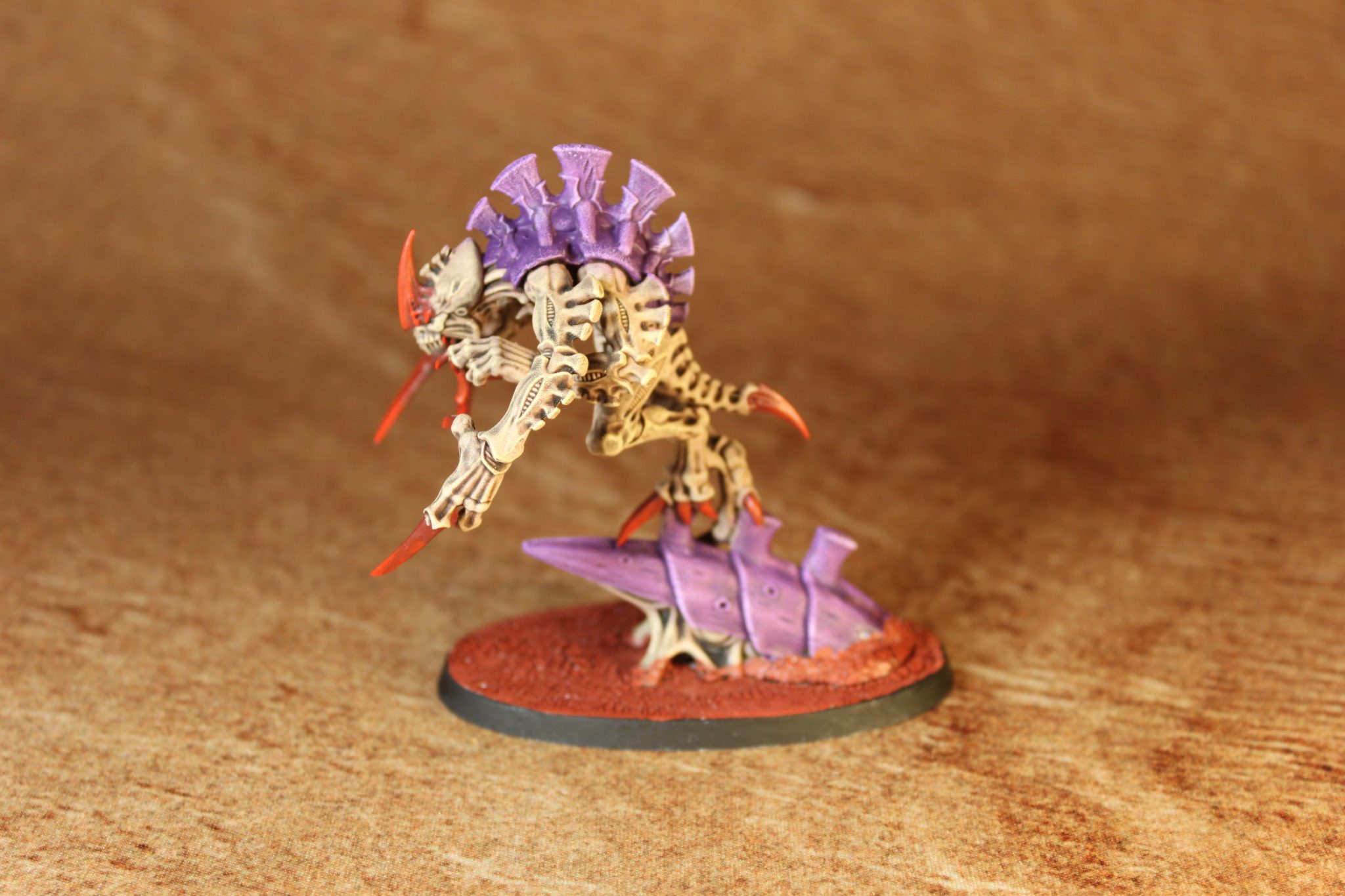 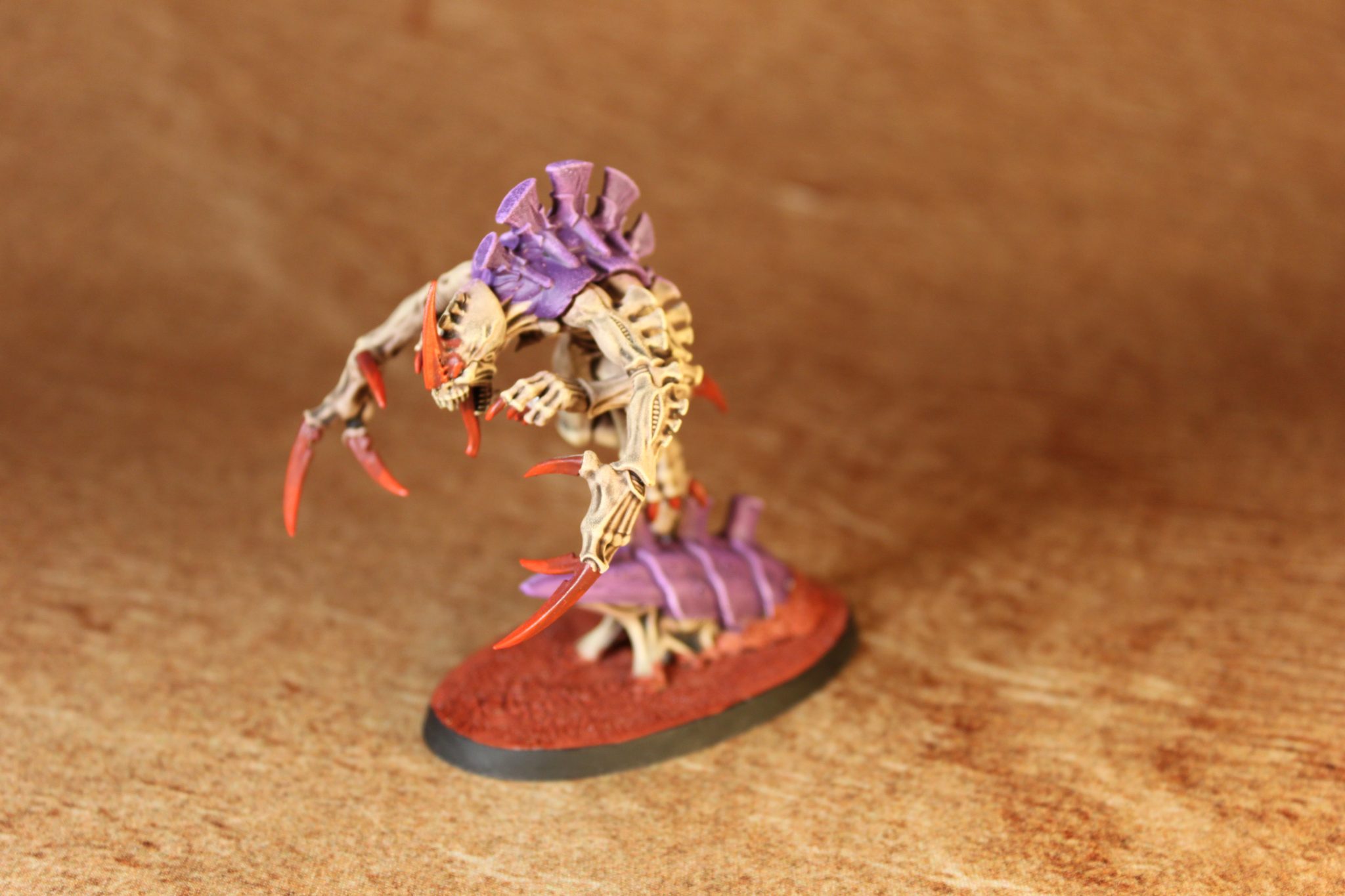 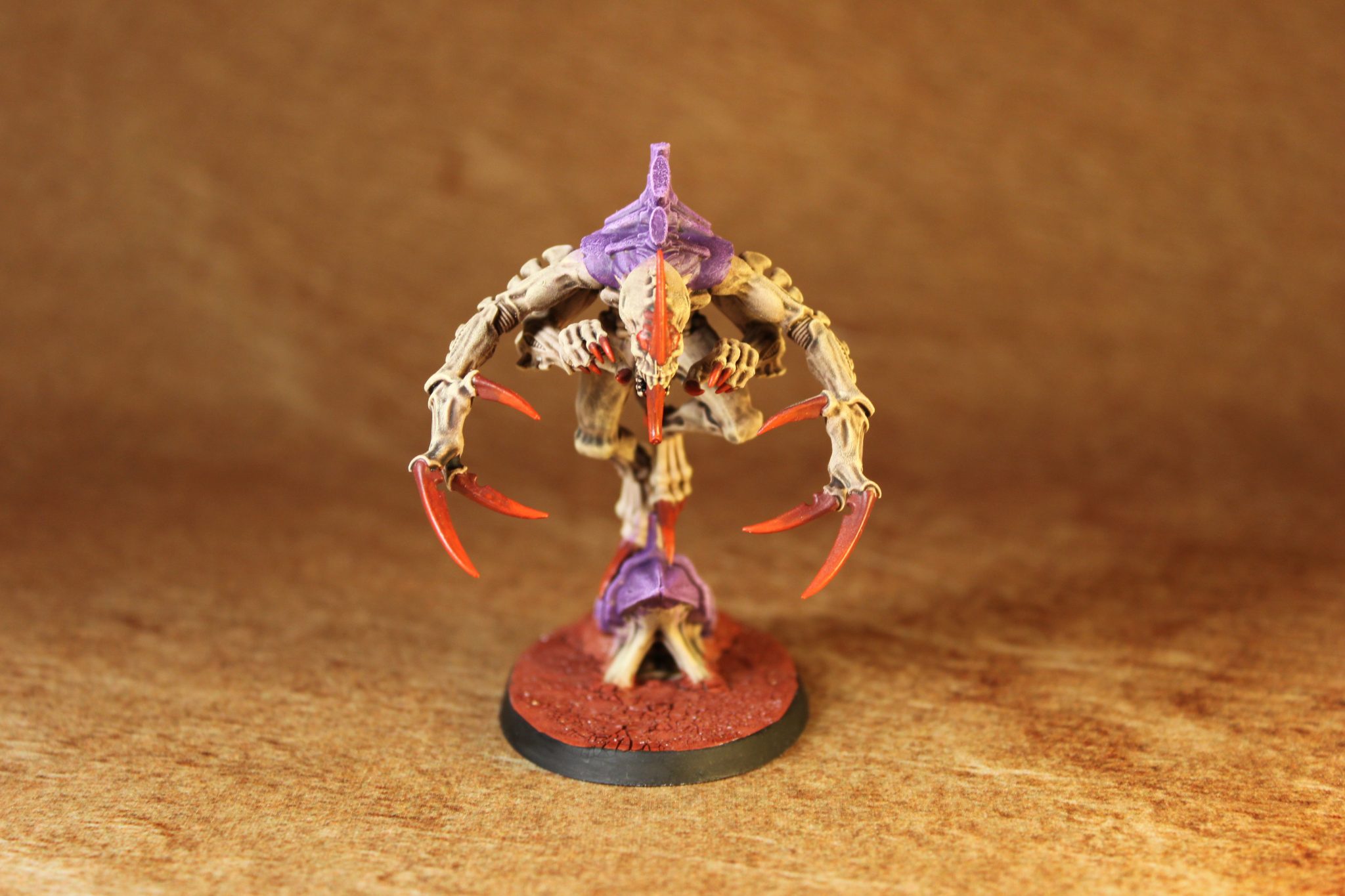 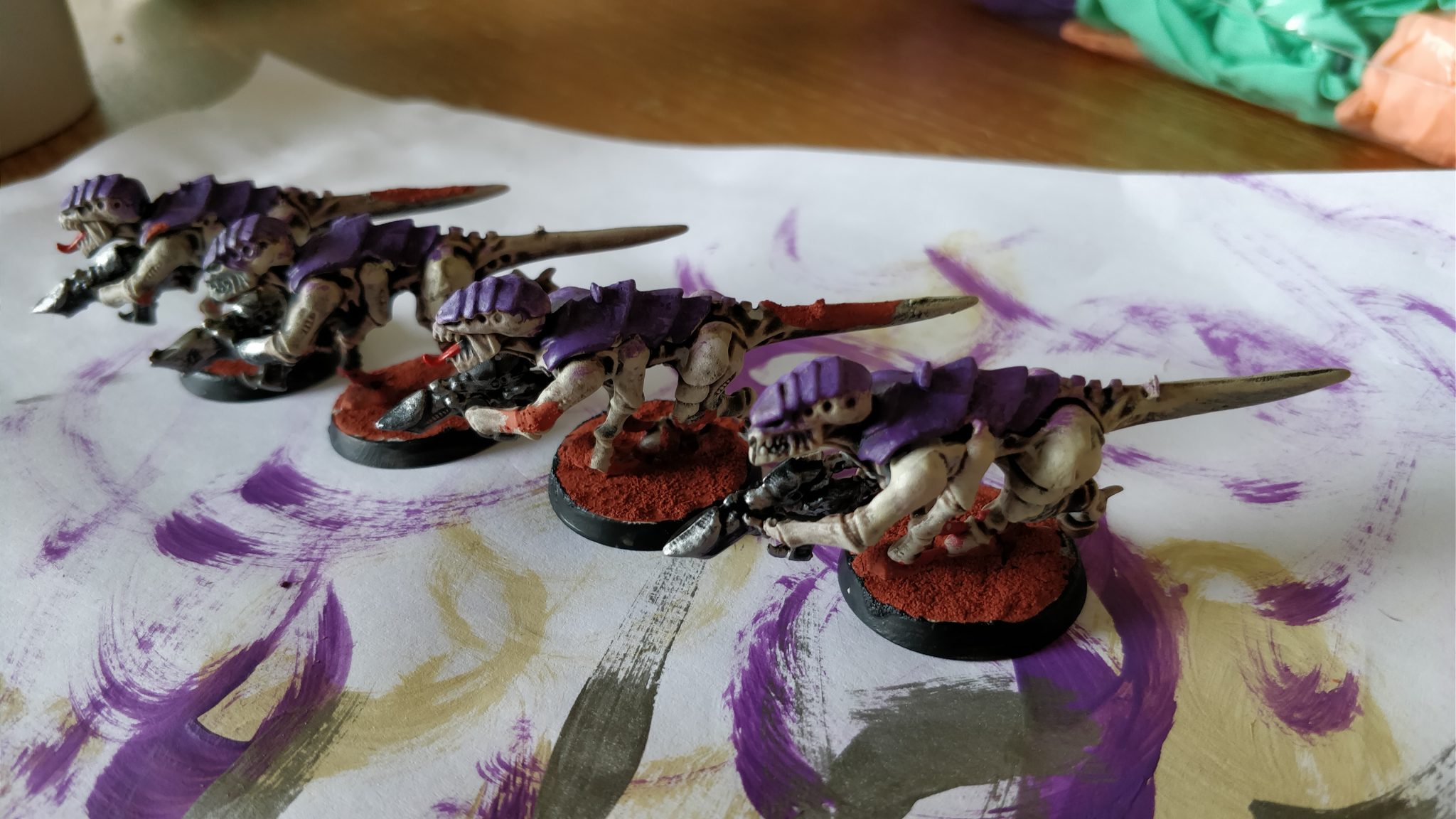 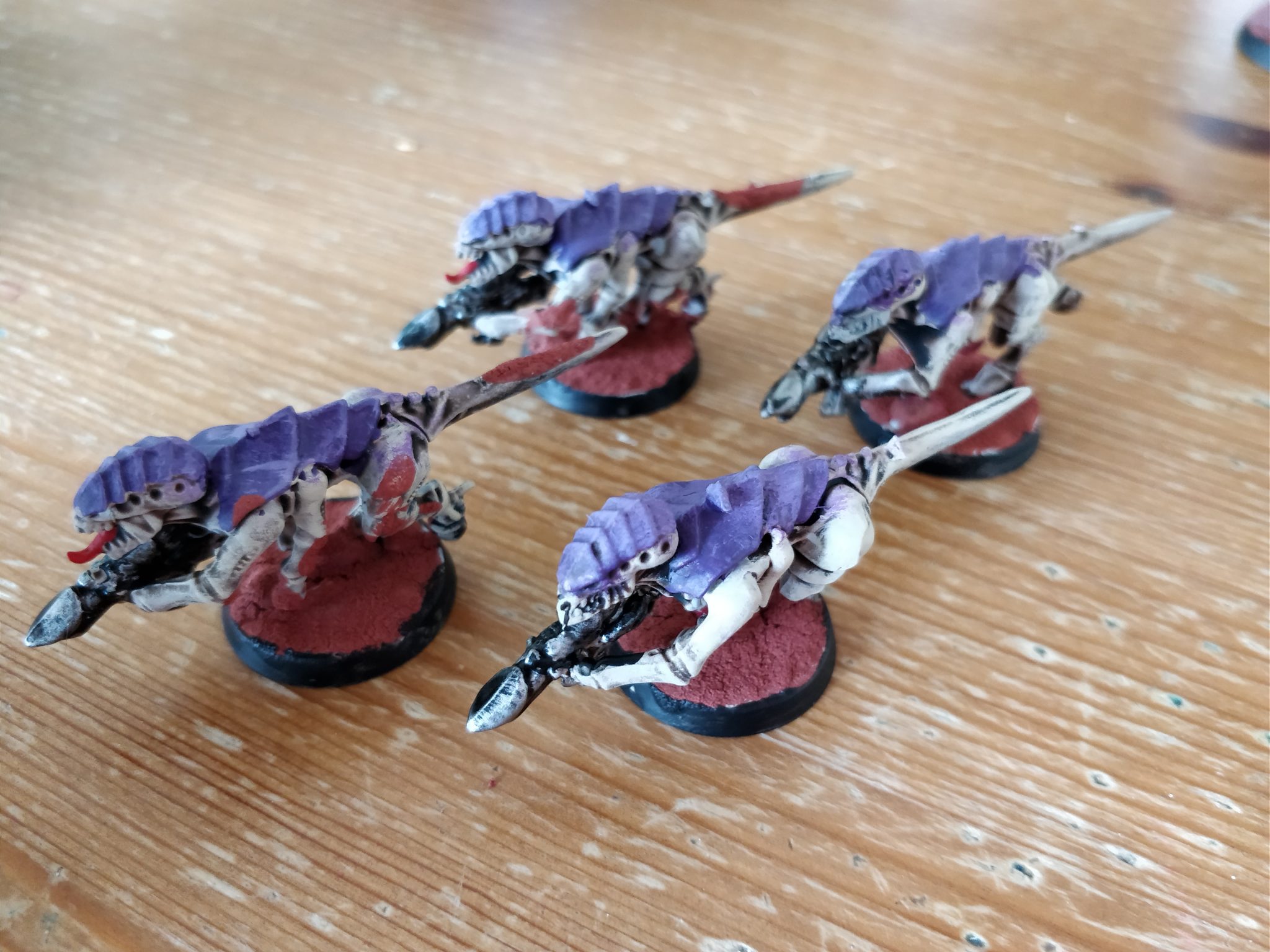 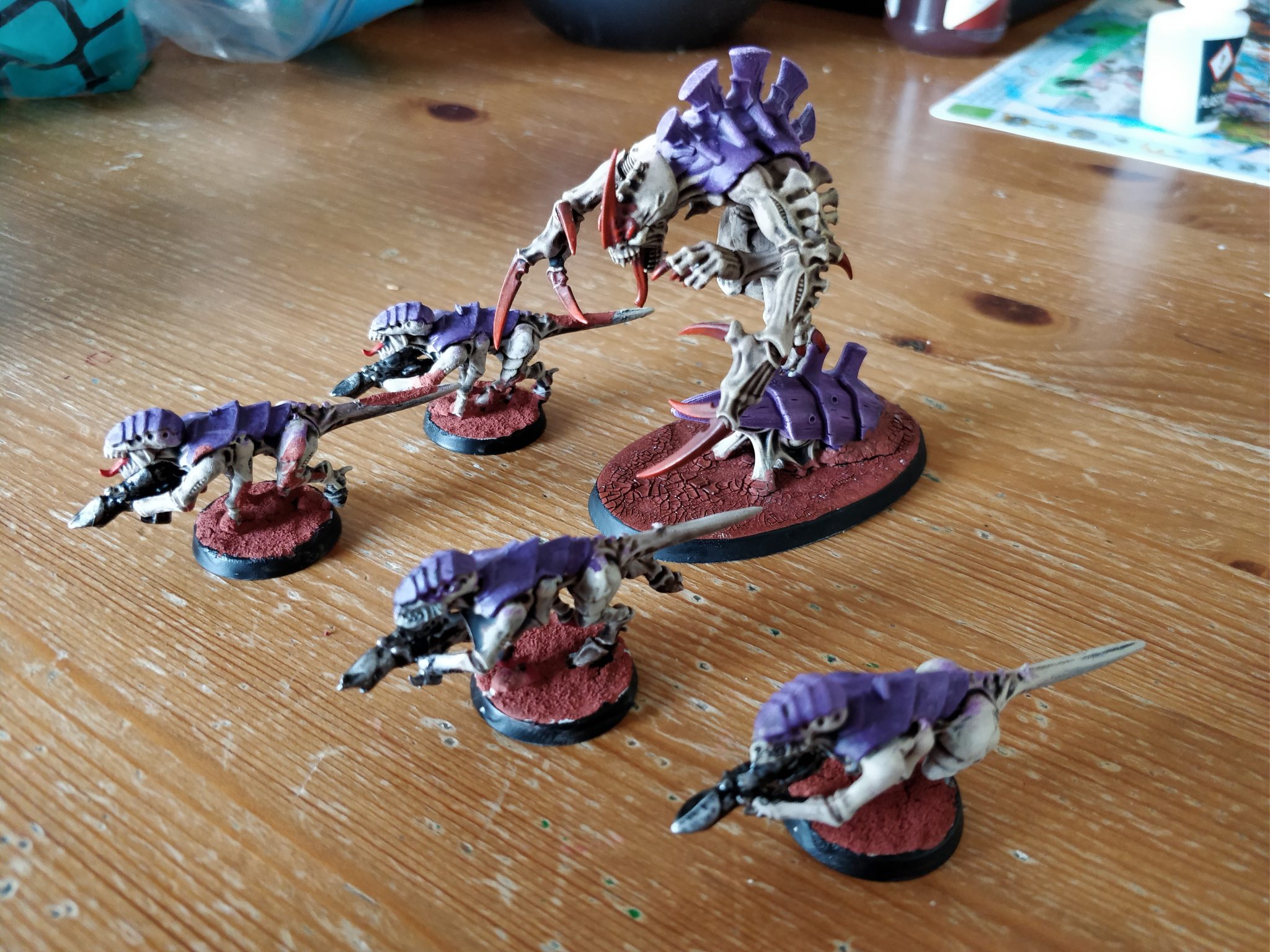 We had a little battle based on Shadow War Armageddon

Orks lost after a smart flanking manoeuvre by the Tyranids keeping their leader out of line of fire and pounding the Ork Leader into the dirt. 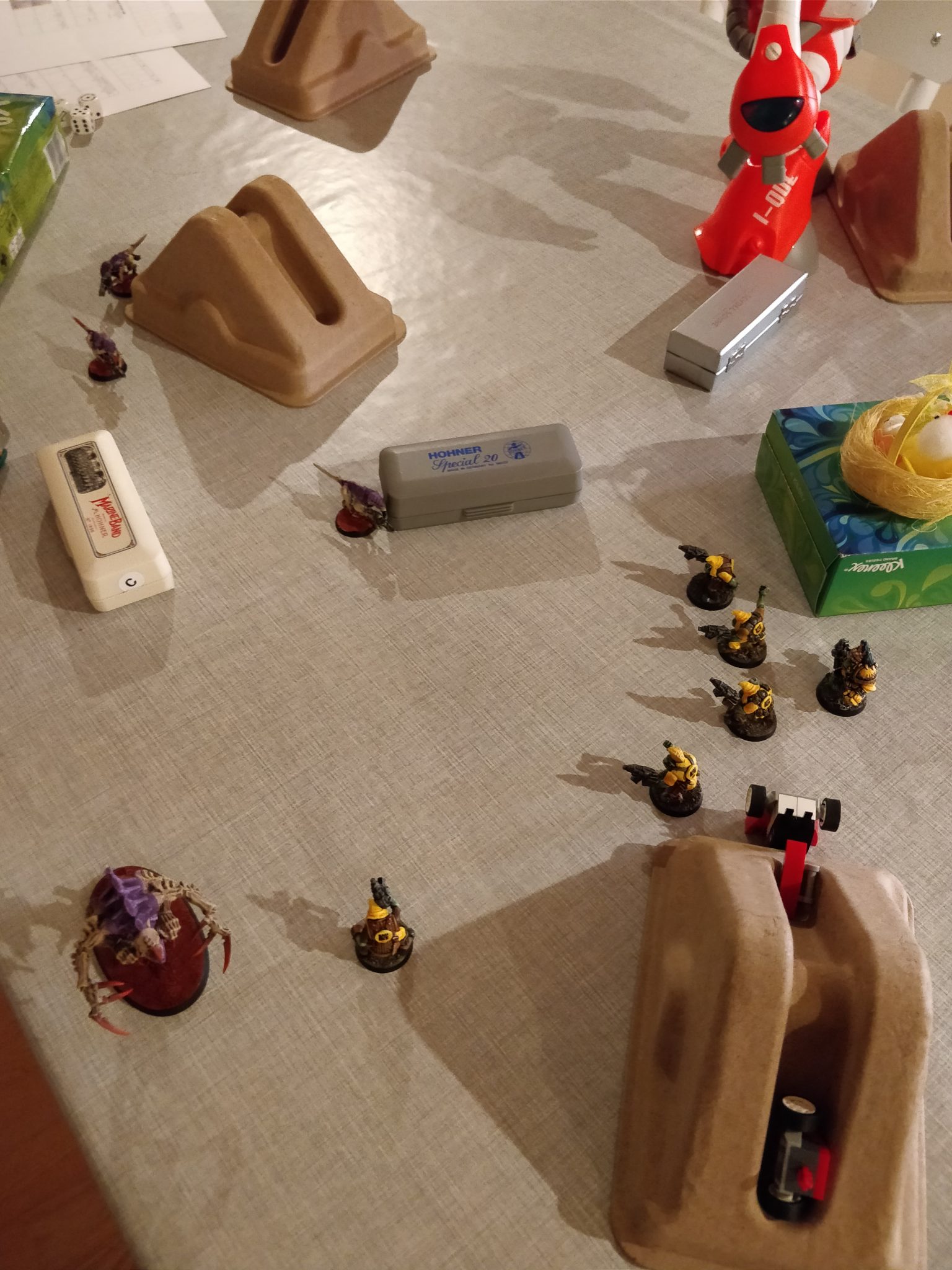 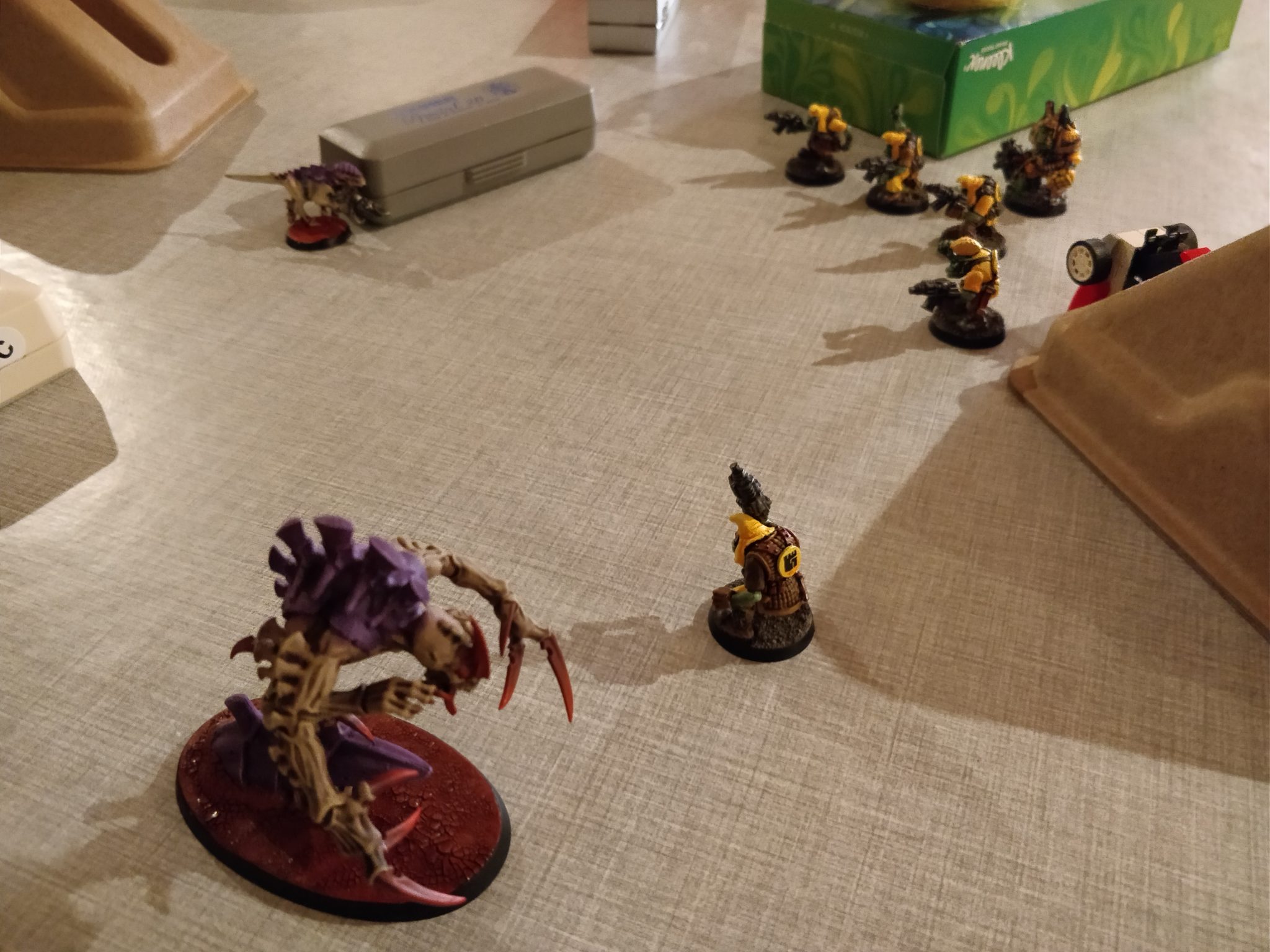 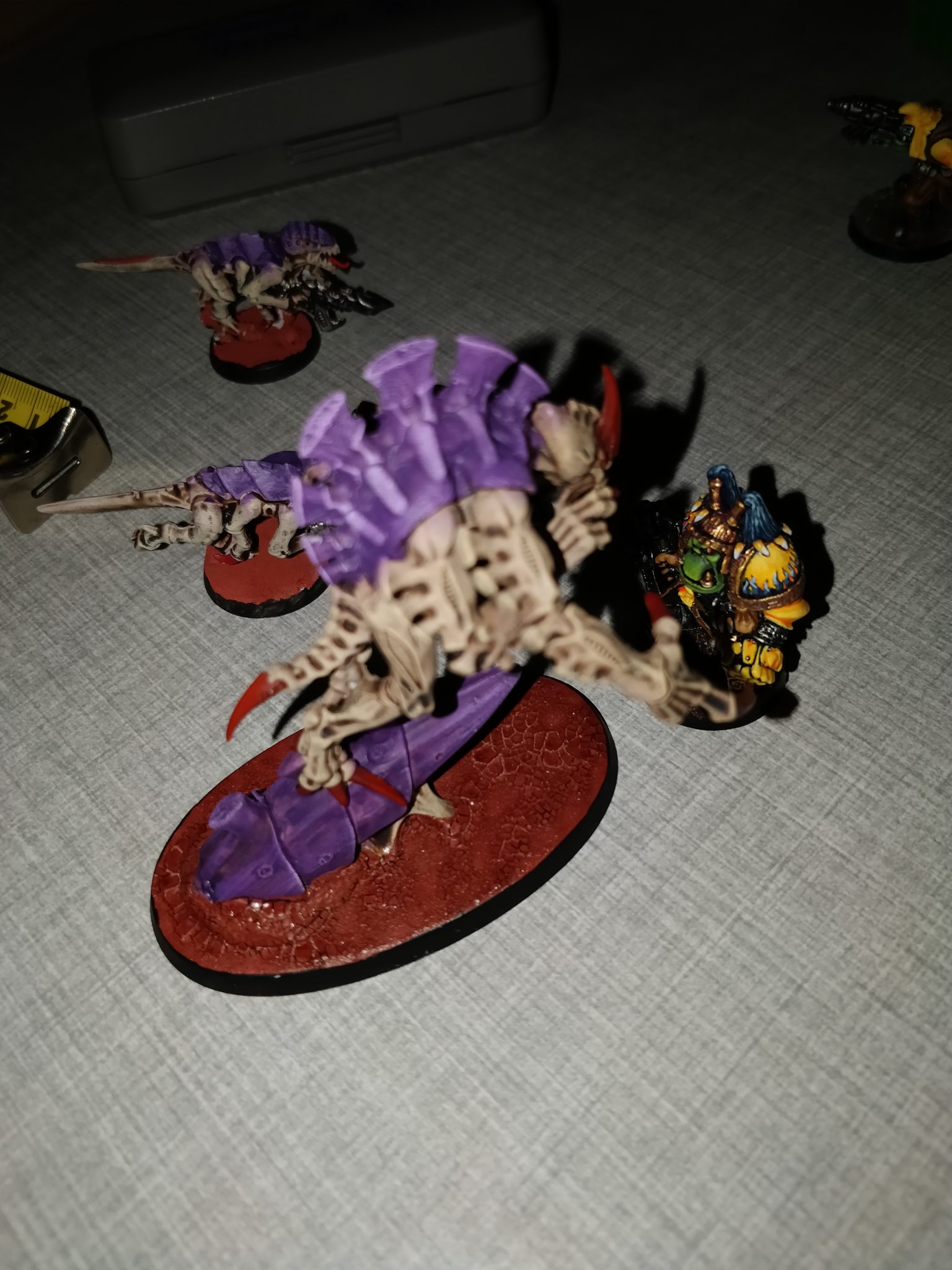 Since then my nephew has expanded the Tyranid presence further 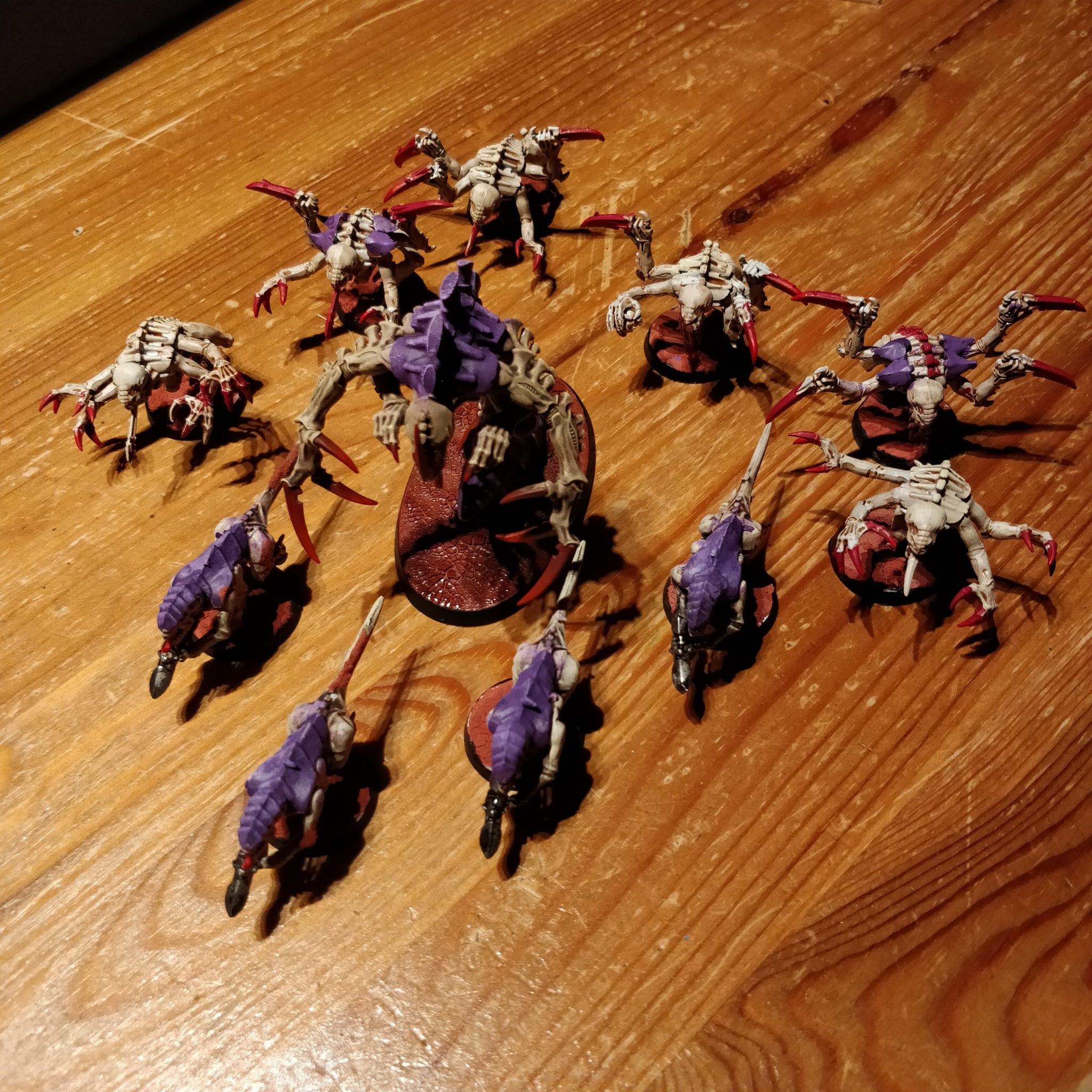 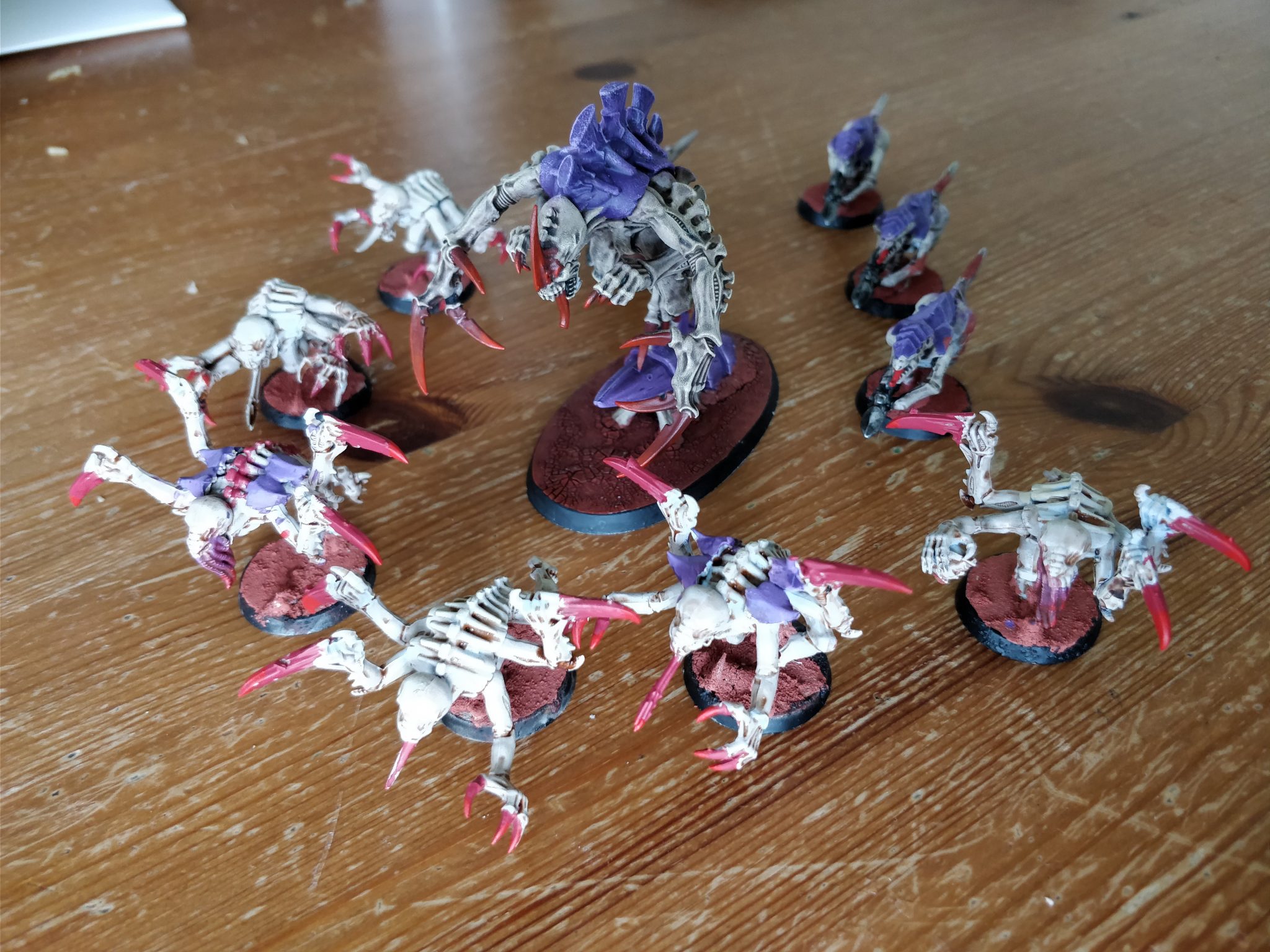