This Chapter was back to old-school dungeon crawl, but I have to say most of our characters’ personalities and motives grew a lot in this game. Several times I had the pleasure of sitting back and watch the story unfold between the characters. Really enjoyed this game!

The Nightshift have had a quite few days following their second run in with the Mindflayer. One day while browsing in the Scrambles, the central market place, the heroes notice all the commonfolk rushing towards the barracks in exciting voices: Somebody is about to face judgement.

Our heroes follow the mob to witness a girl, no more than 14, being condemned to death by burning on the stakes by a reluctant Baroness Leonilda, who is overseeing the procedure in lieu of her absent husband. She is accompanied by the visiting Duchess Oriel Richmut Kreutzberg who is accompanied by a fully plate armour-clad mysterious knight. 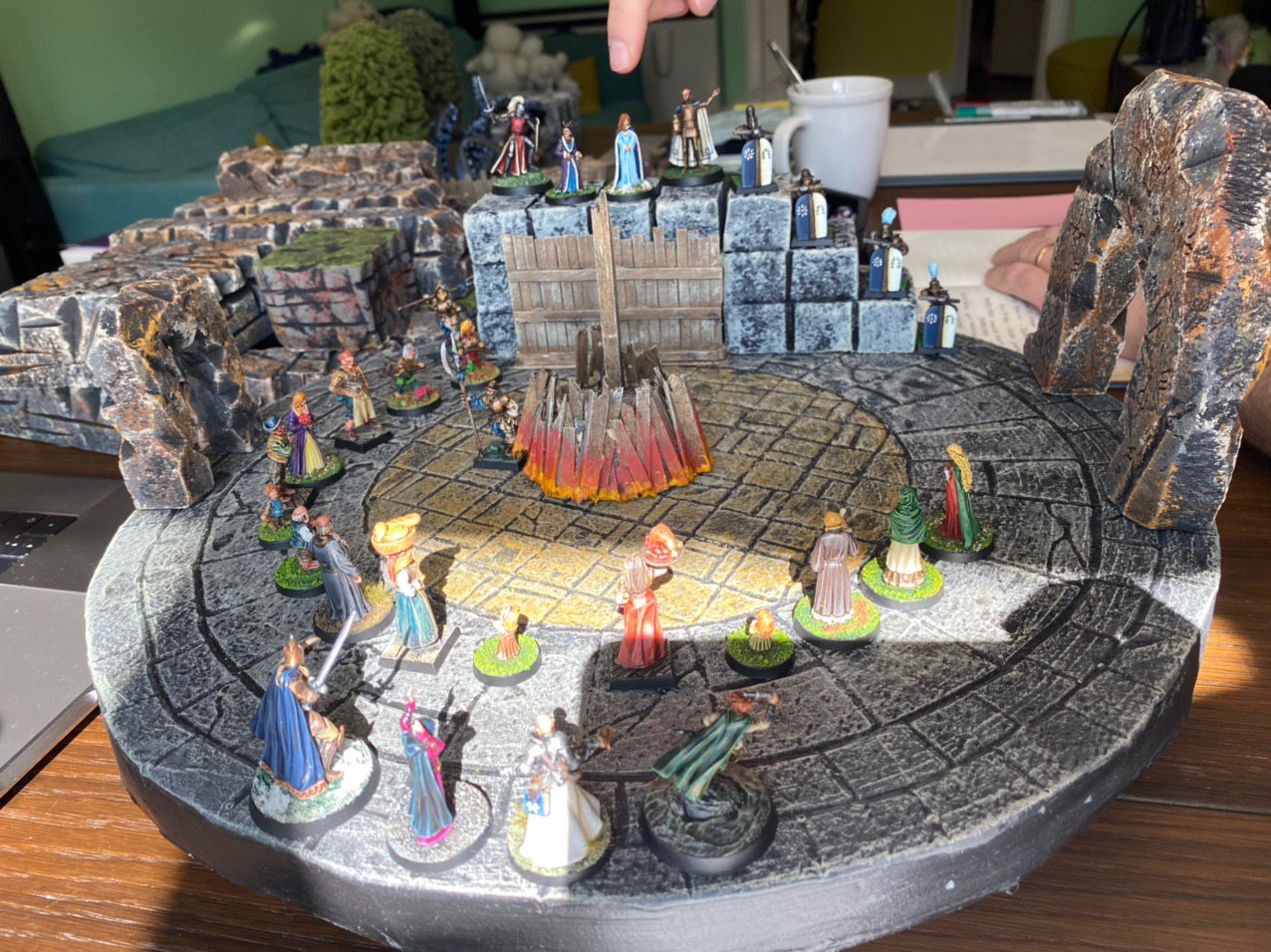 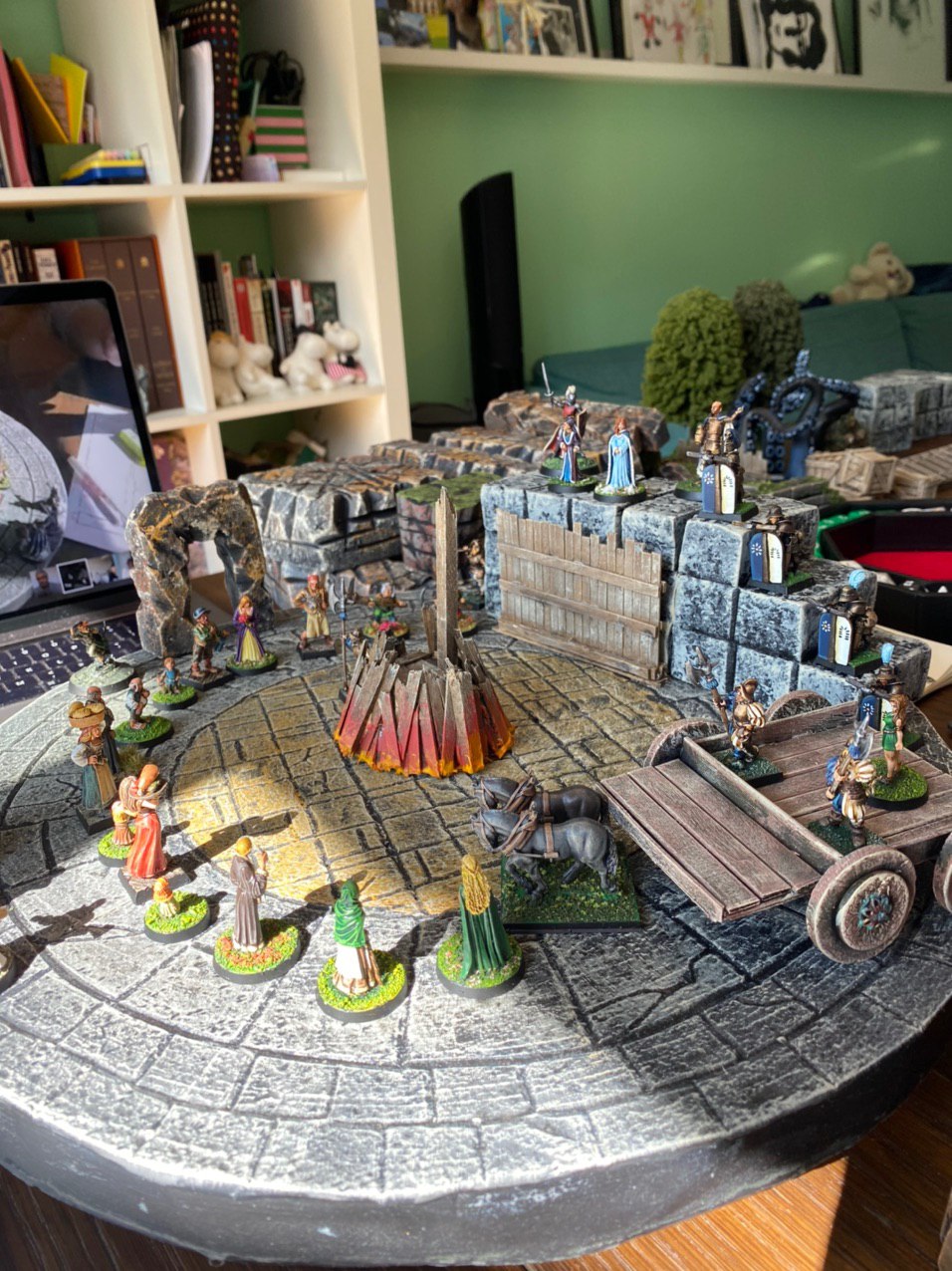 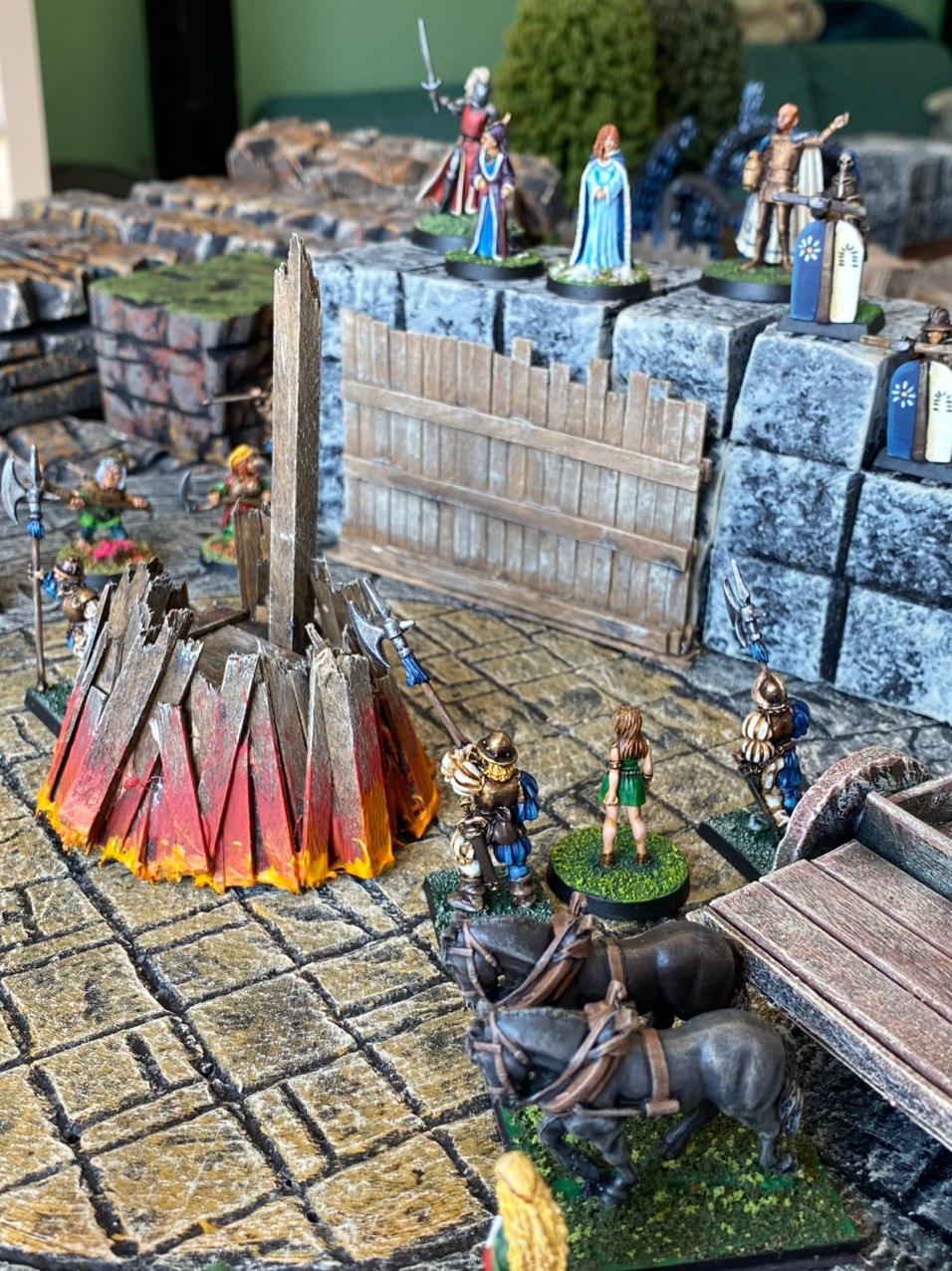 Baroness Leonilda explains that the fragile peace with the neighbouring Fey means half-breeds are forbidden and as such, the girl must be destroyed.

Alyanys, being a half-breed herself, charges in to save the girl as the flames are lit and the area soon erupts in chaos with fleeing commonfolk, charging Daisy Guards and our heroes working to save the girl. (well played to character by Sean who plays Alyanys). 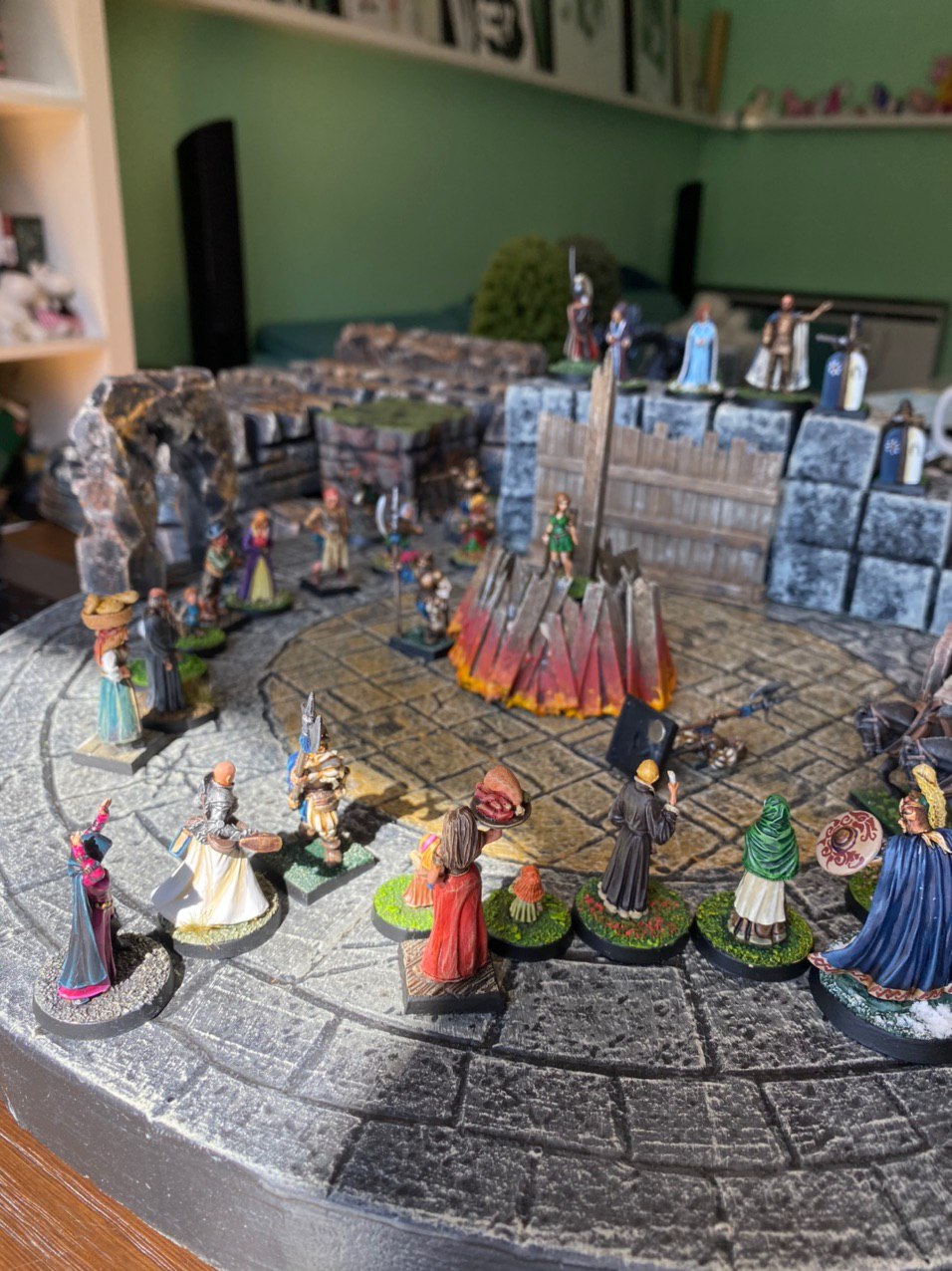 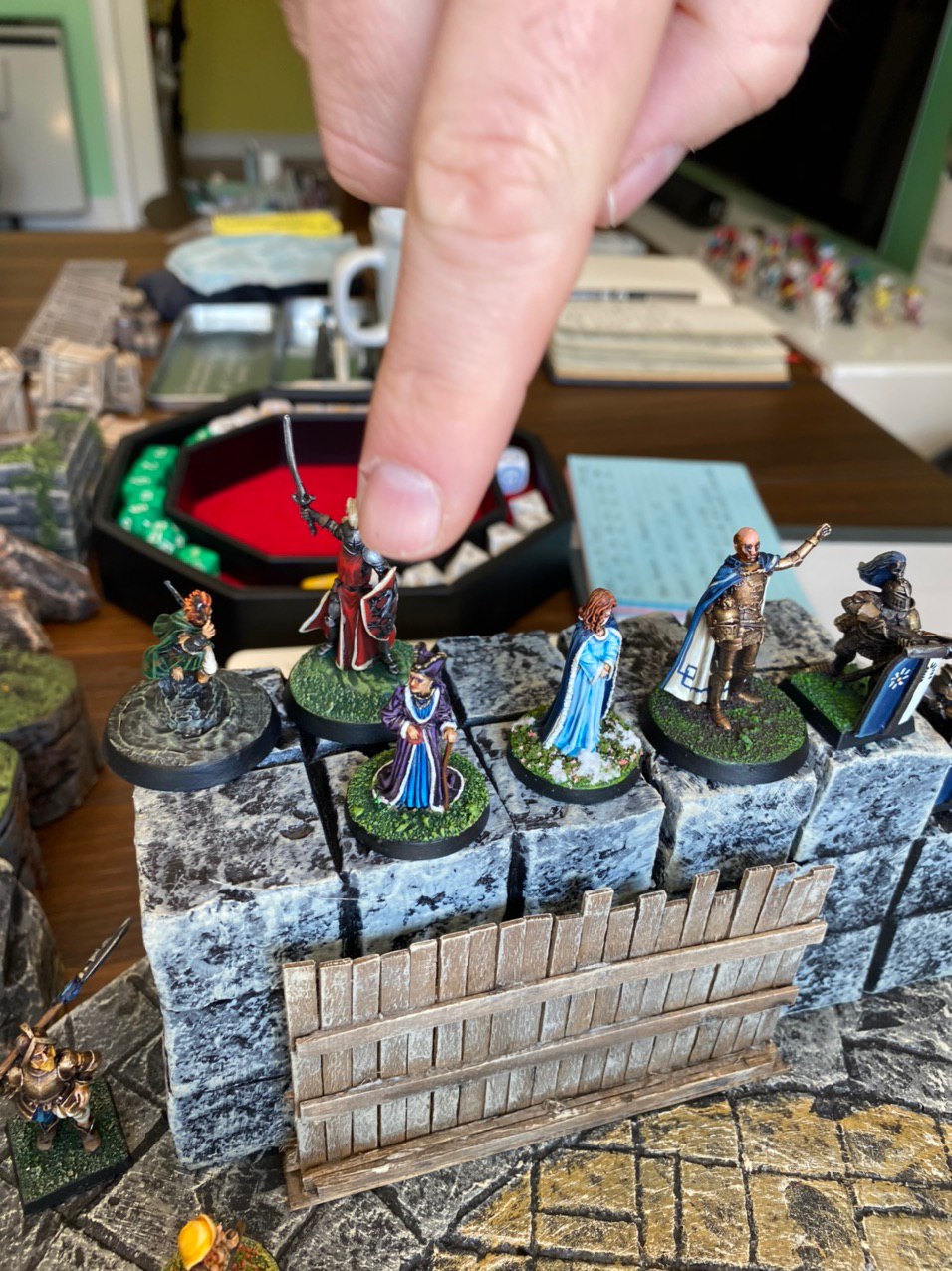 However, as the mysterious knight removes his helmet, Brand Ander, the human paladin, turns and flees the scene to everybody’s utter surprise.

The situation is calmed down as Captain Stirling Frostshadow arrives to stop the burning as the girl has been taken by mistake. She is not half fey. 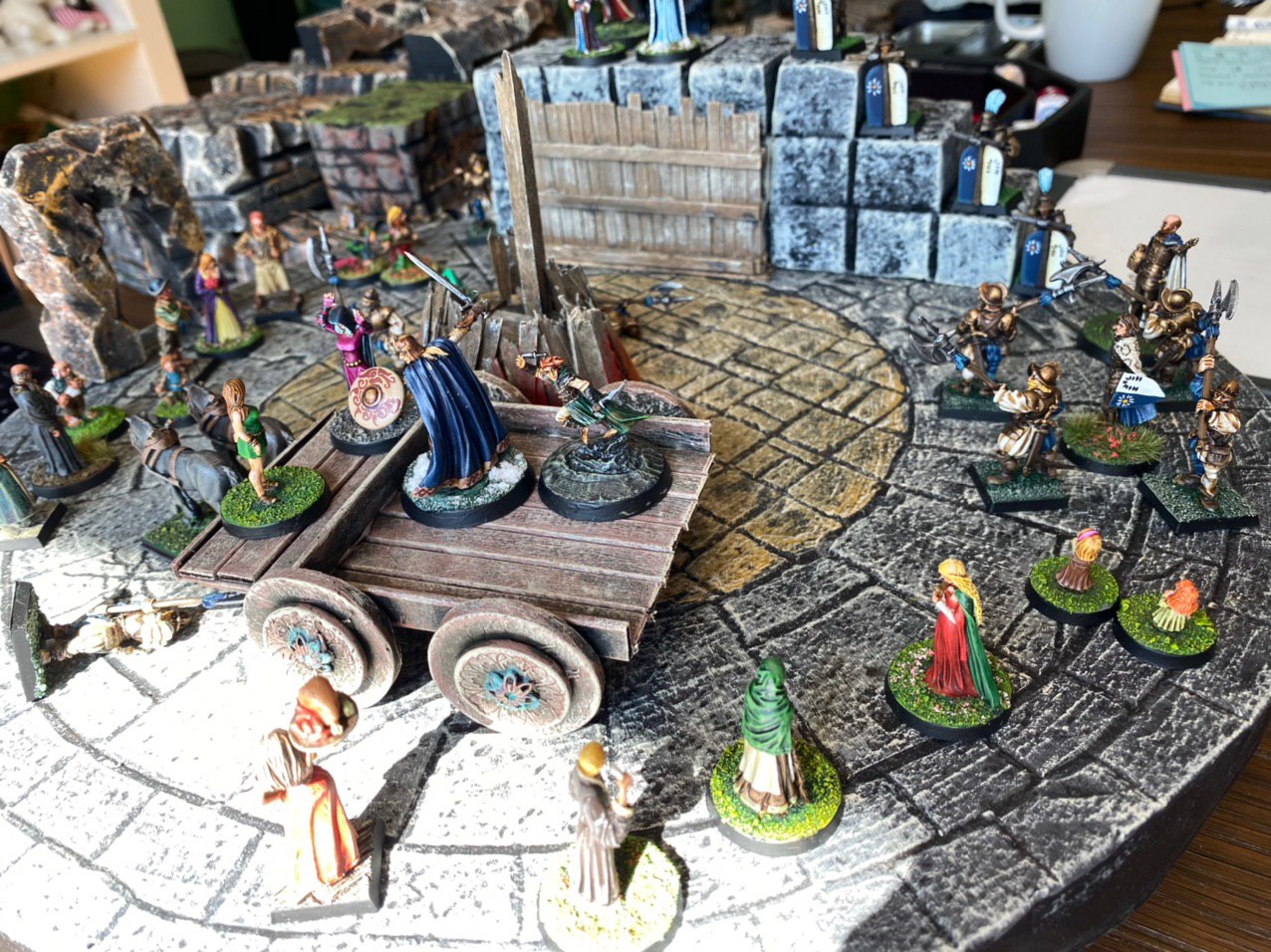 This encounter was inspired of the second encounter in this video by Runehammer.

An explanation from the Paladin who fled

Later the party catch up with their fled paladin comrade, Brand Ander.

He explains the mysterious knight is his arch enemy and explains the family feud that exist between their families (kudos to the Tony who plays Brand. He made up a full background story on the spot due to the curiosity of the other players).

He also in vague terms explains a need to acquire a mind controlling device which involves retrieving blood moss from a cave found in Twilight Forest.

A trip to Twilight Forest

The party jointly travels to the nearby Twilight Forest where they find a small forgotten stash of crates. Unfortunately this triggers a swarm of little nasty blood bats to attack them and as they make haste towards the cave, they are further attacked by a lurking Shambling Mound. 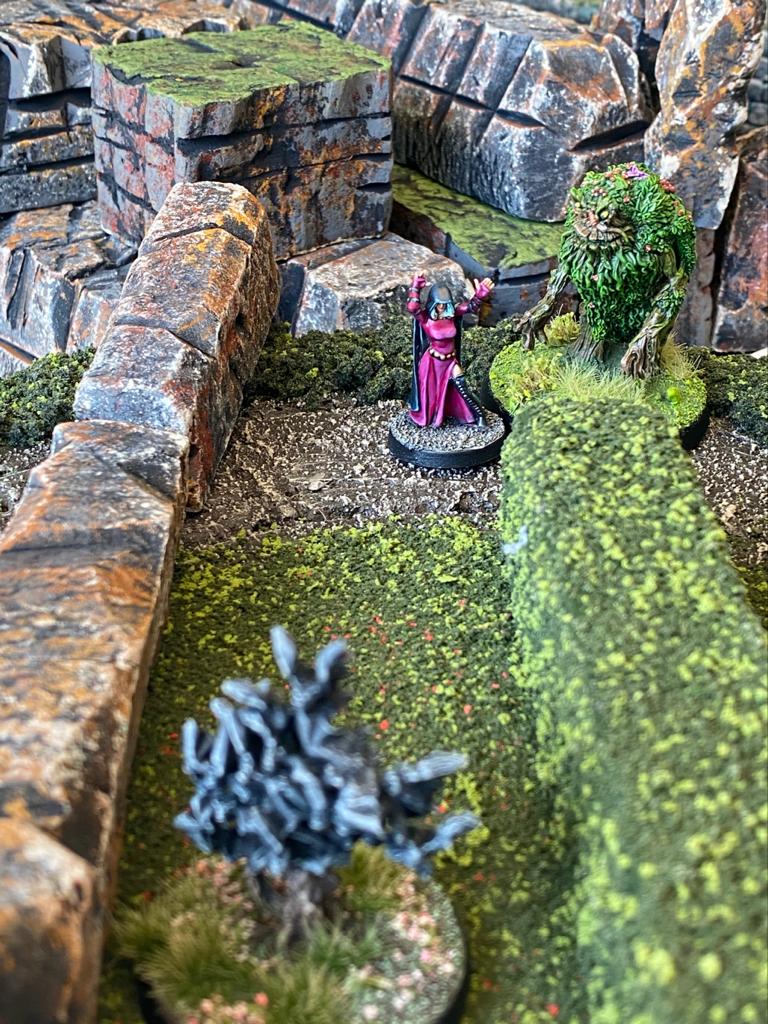 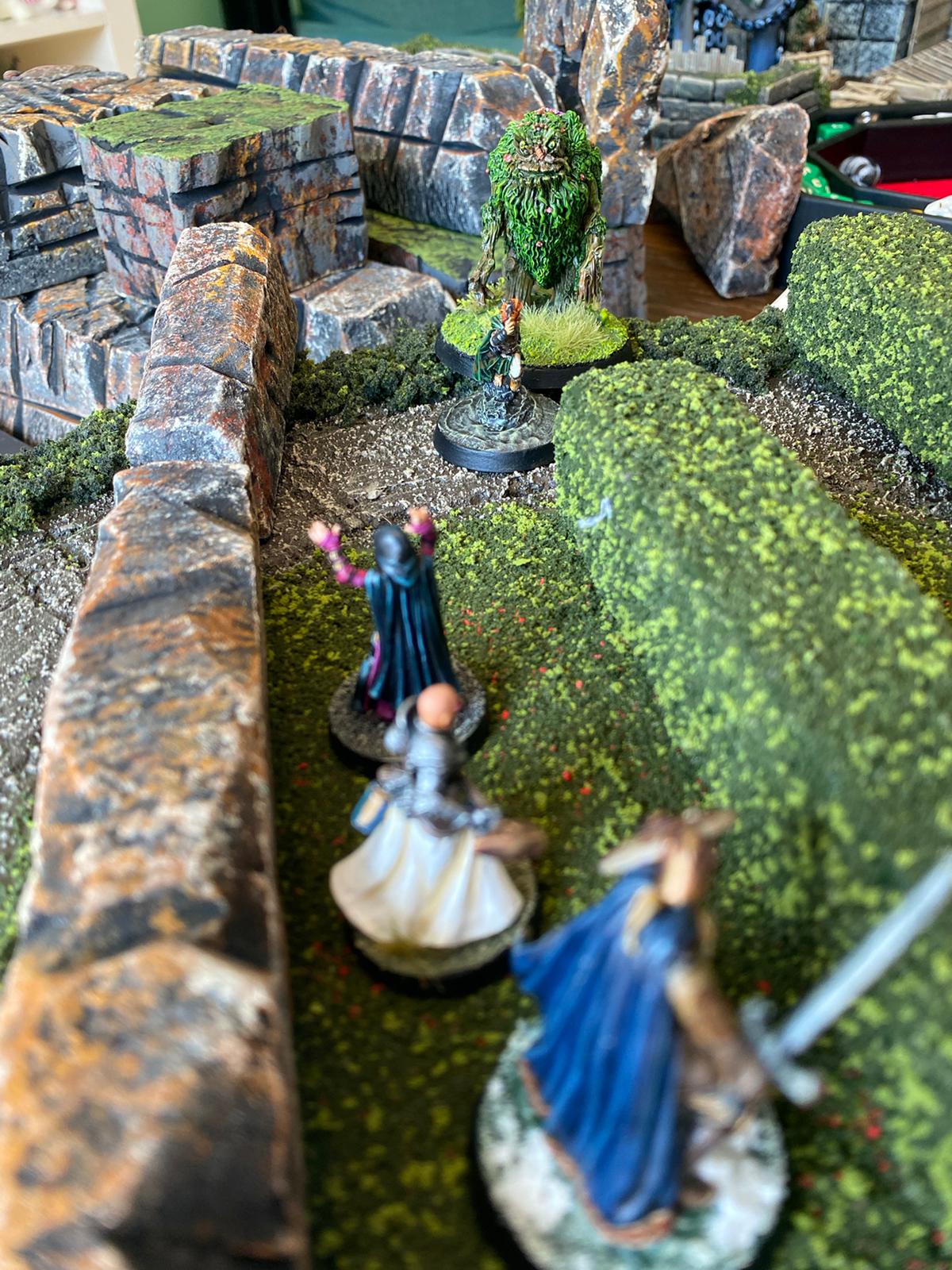 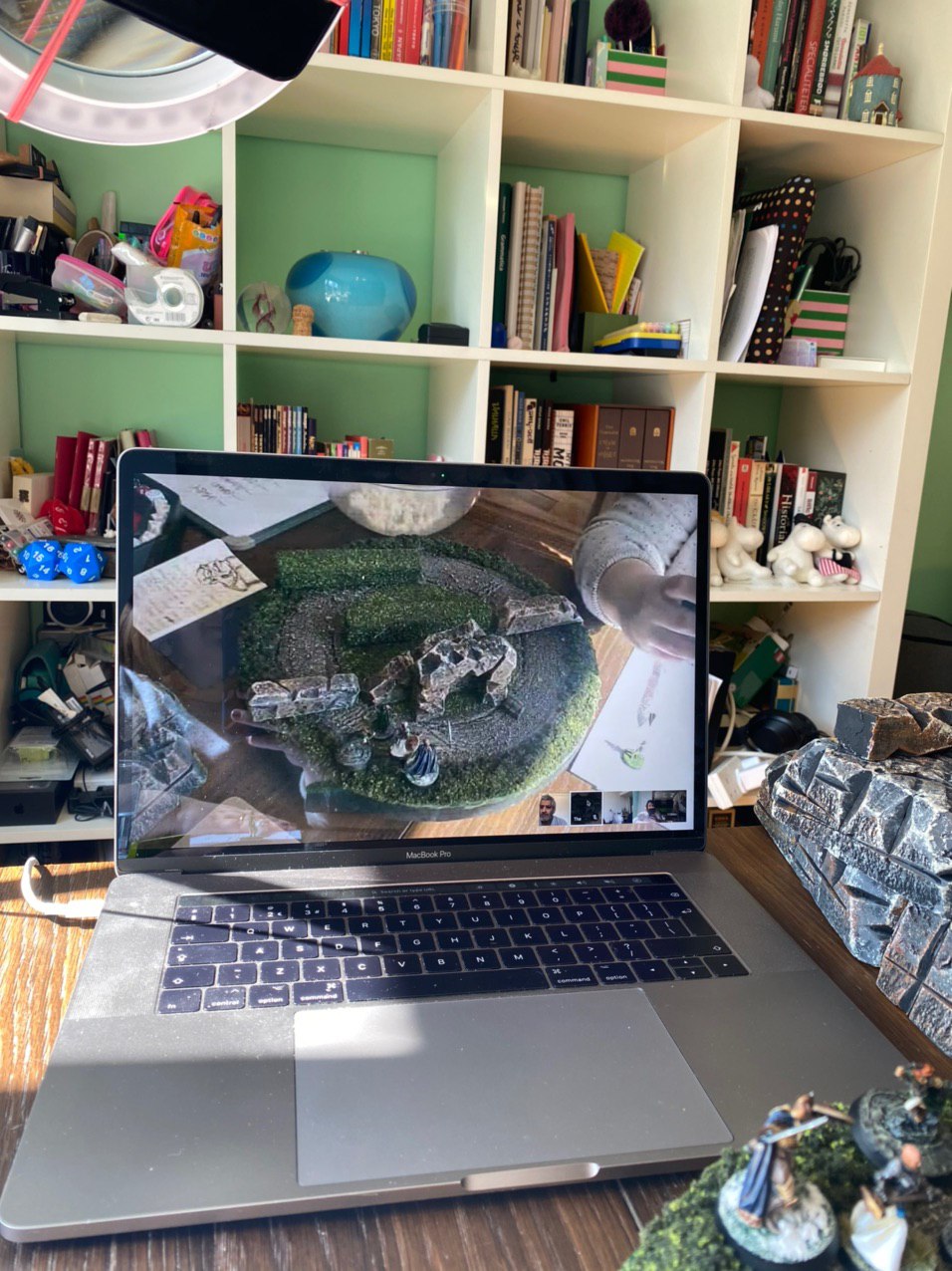 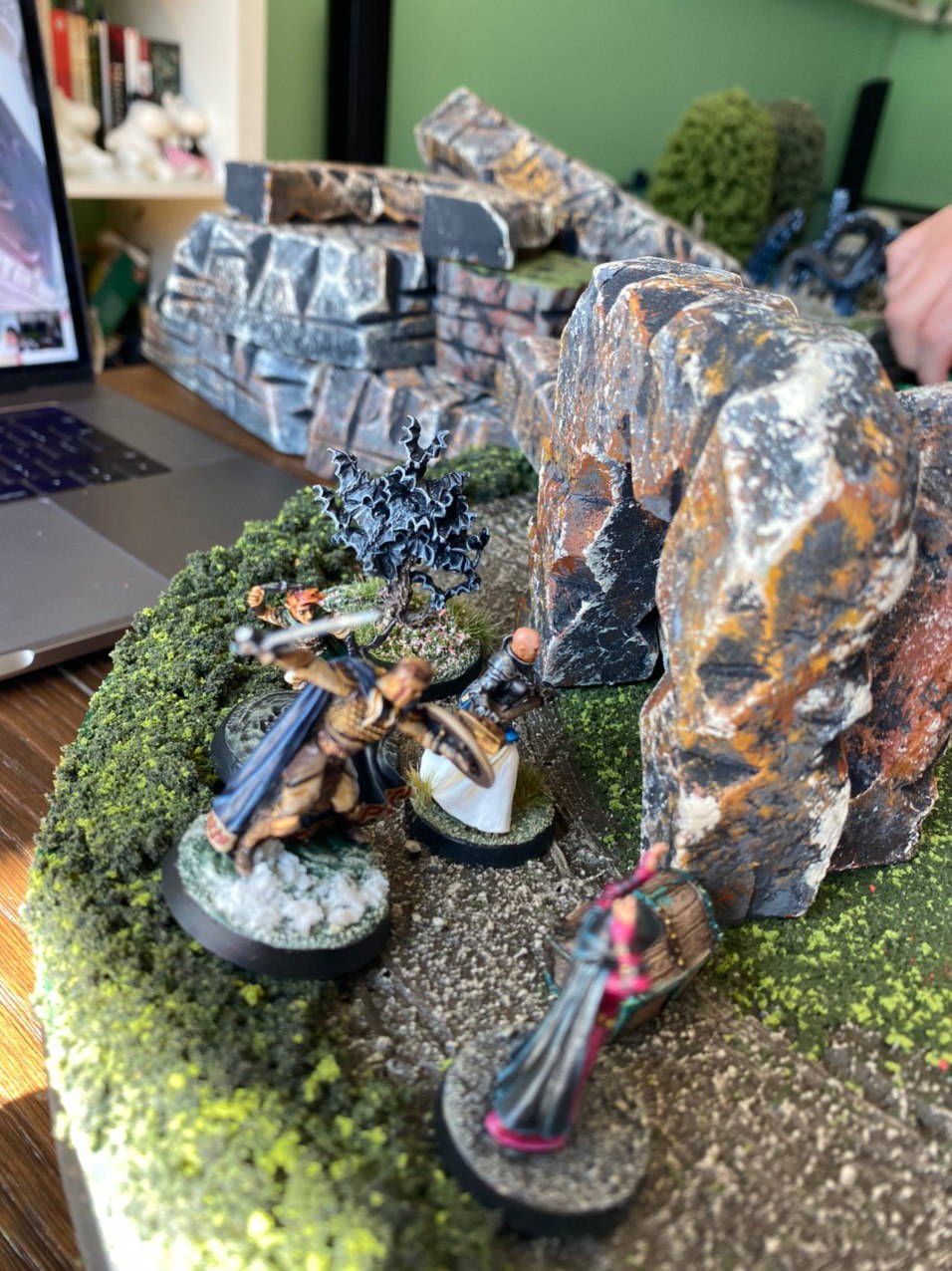 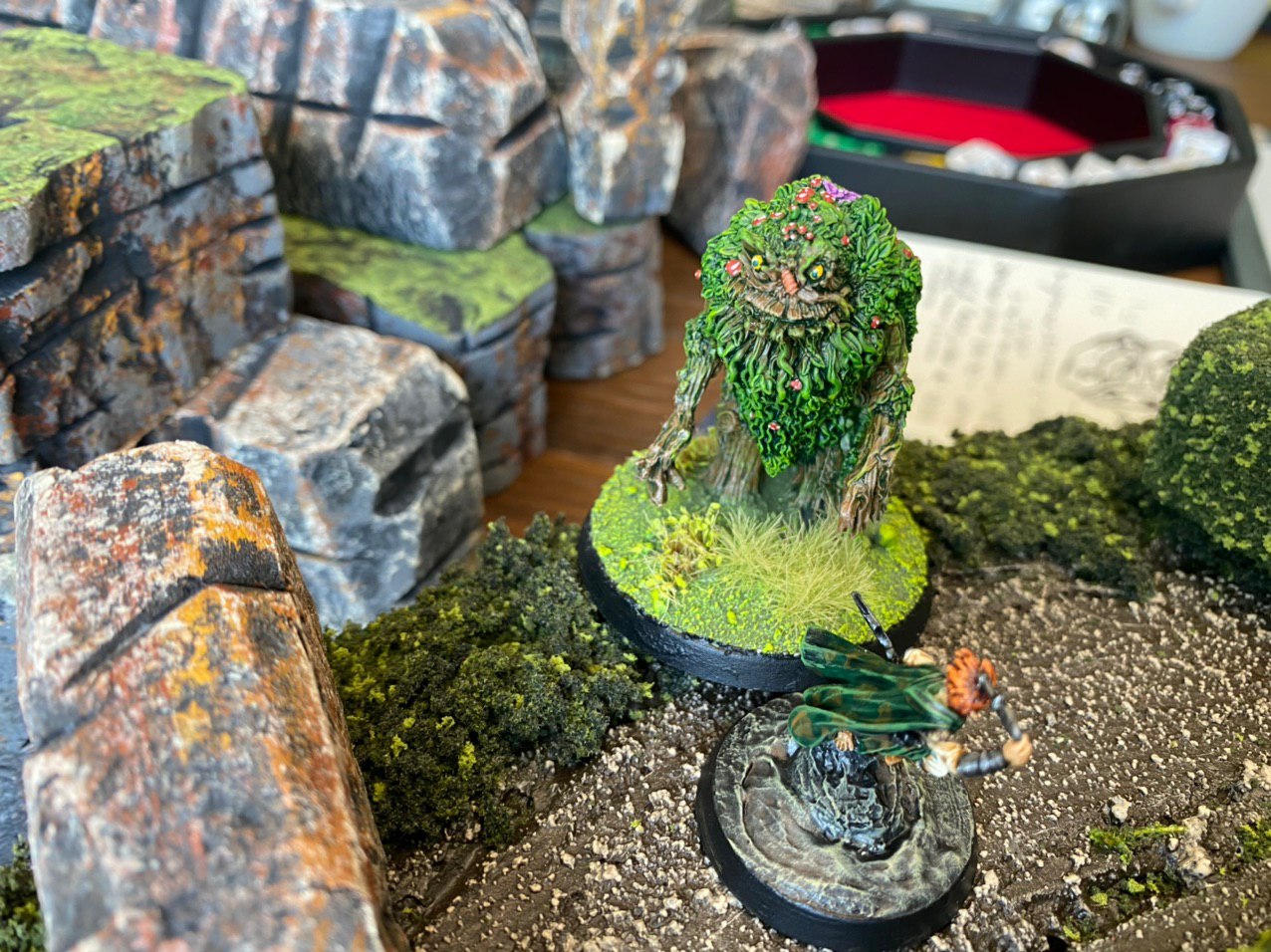 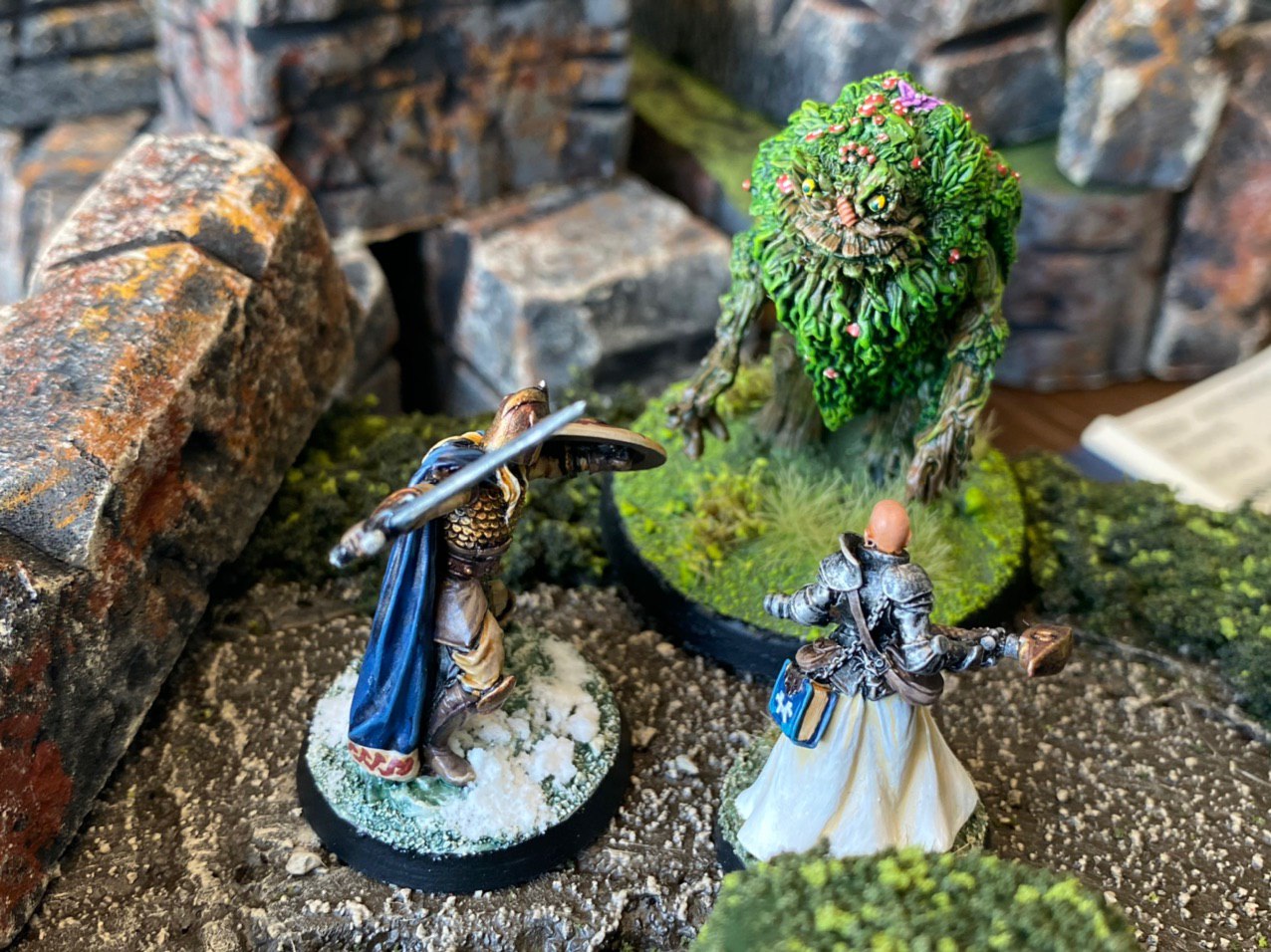 They reach the cave only to find it guarded by a Owlbear, who attacks them. During the fight two cubs emerge, but the heroes see no choice but to take down the dangerous mother. 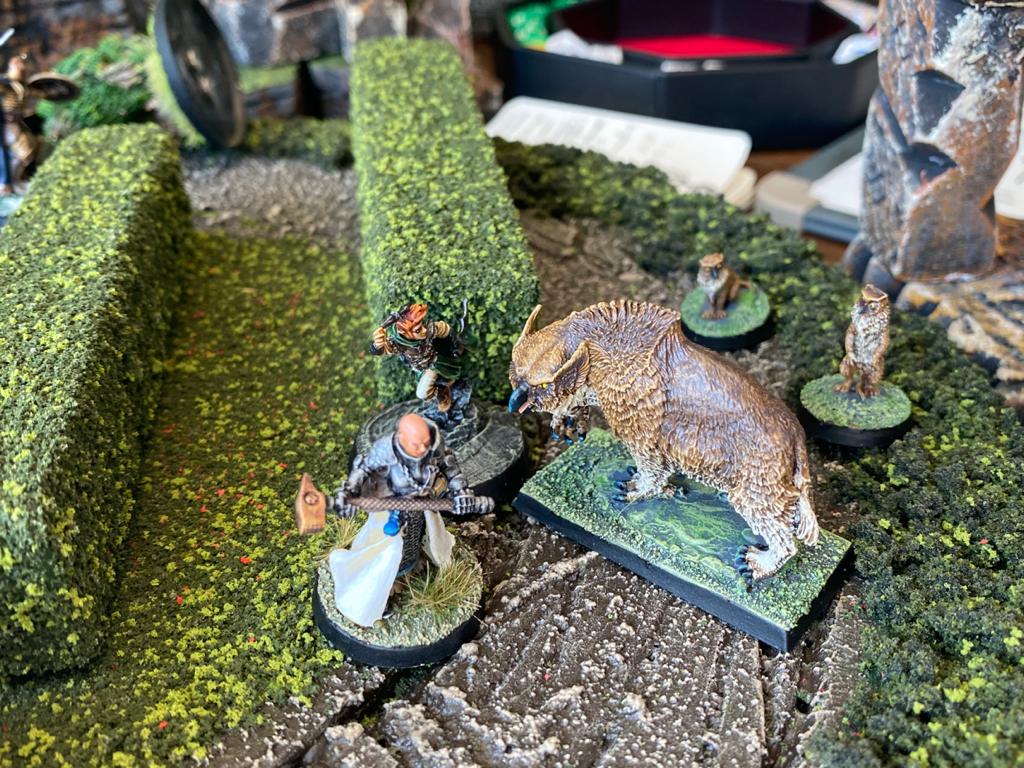 But in the end, our second Paladin, Daemon, takes pitty on one of the owlbear cubs, who instantly sees Daemon as it’s new surogate mother (Elena playing Daemon rolled a Nat20 on Animal Handling). 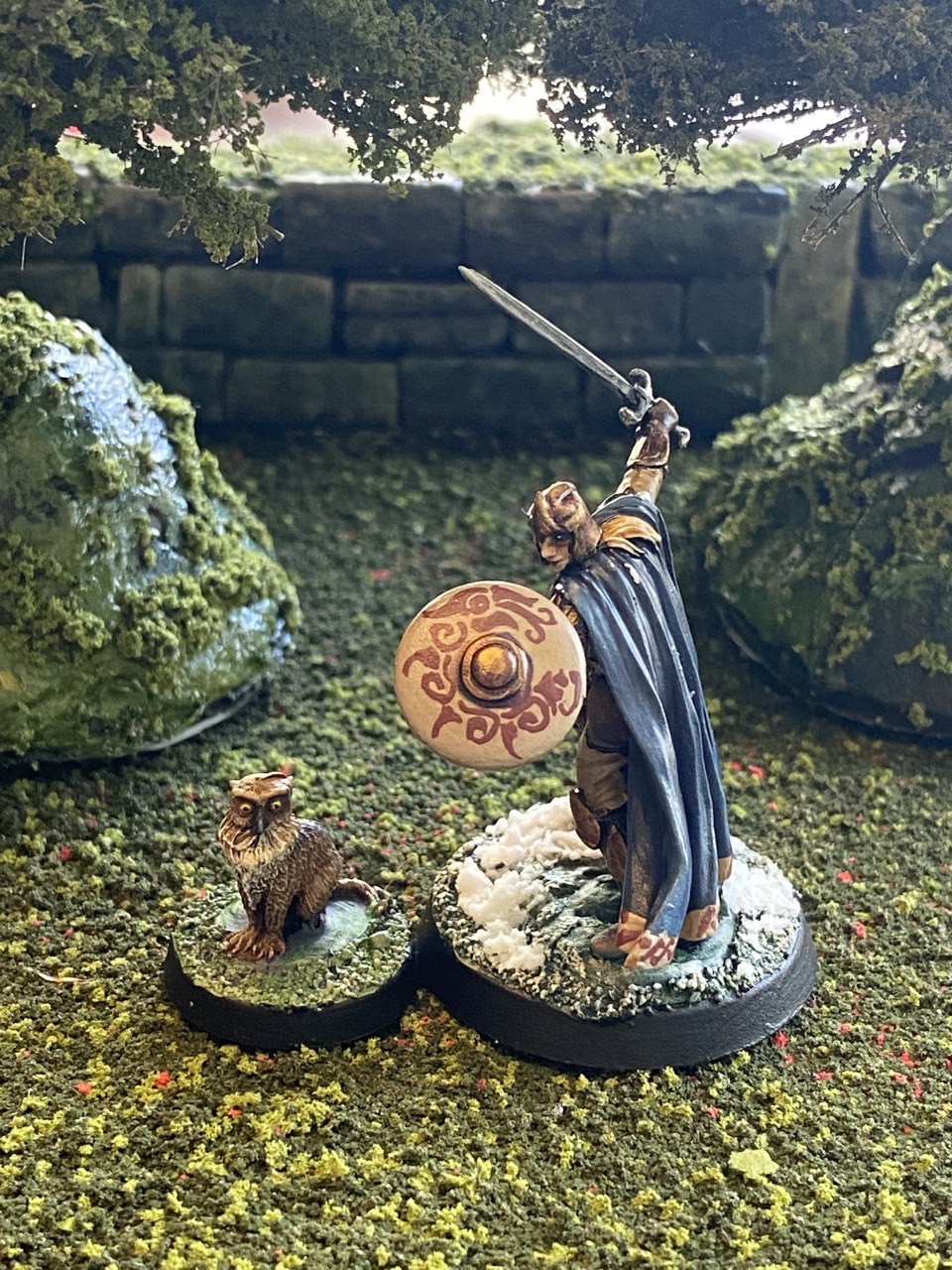 Stepping into the Owlbear cave, the party soon finds a semi-hidden exit in the ceiling leading to an ancient ritual chamber occupied by cultist chanting around a strange stone monolith that seems to be alive.

The trip through Twilight Forest was inspired by “The Deadly Detour” by Runehammer. 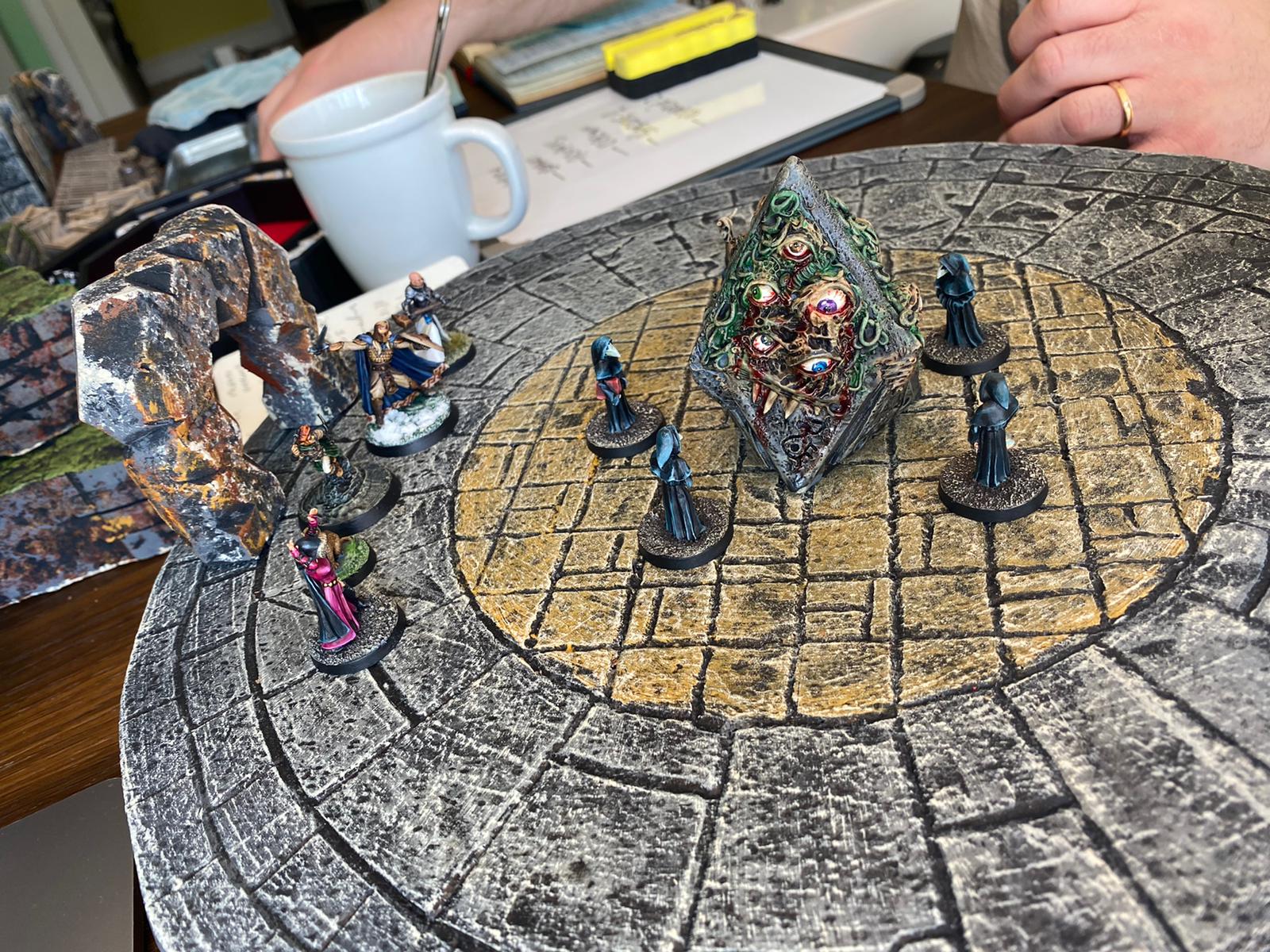 The heroes make short process of most of the cultists but not before they manage to summon tentacles from beyond. But as the party has encountered these before, they know how to deal with them. 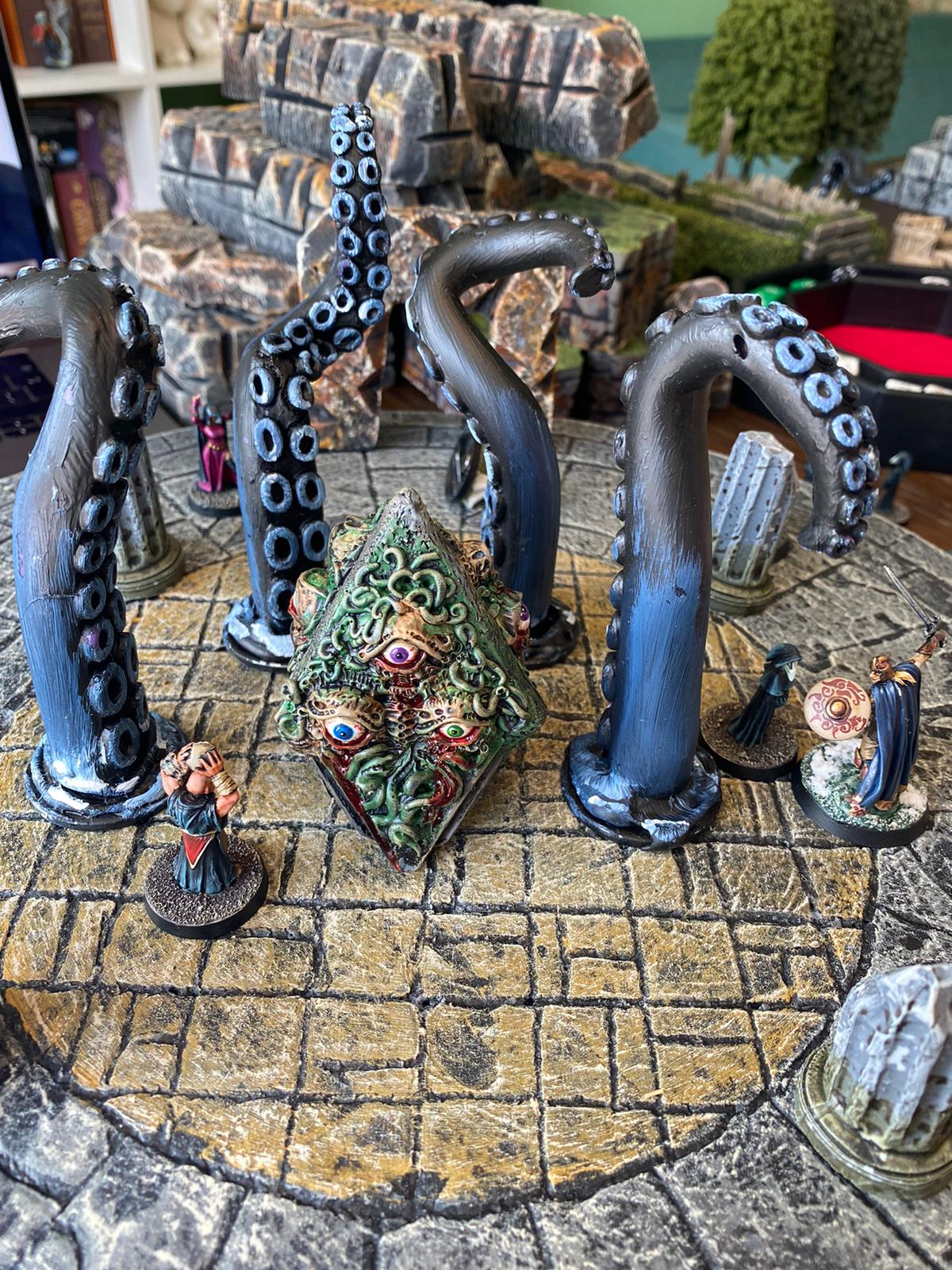 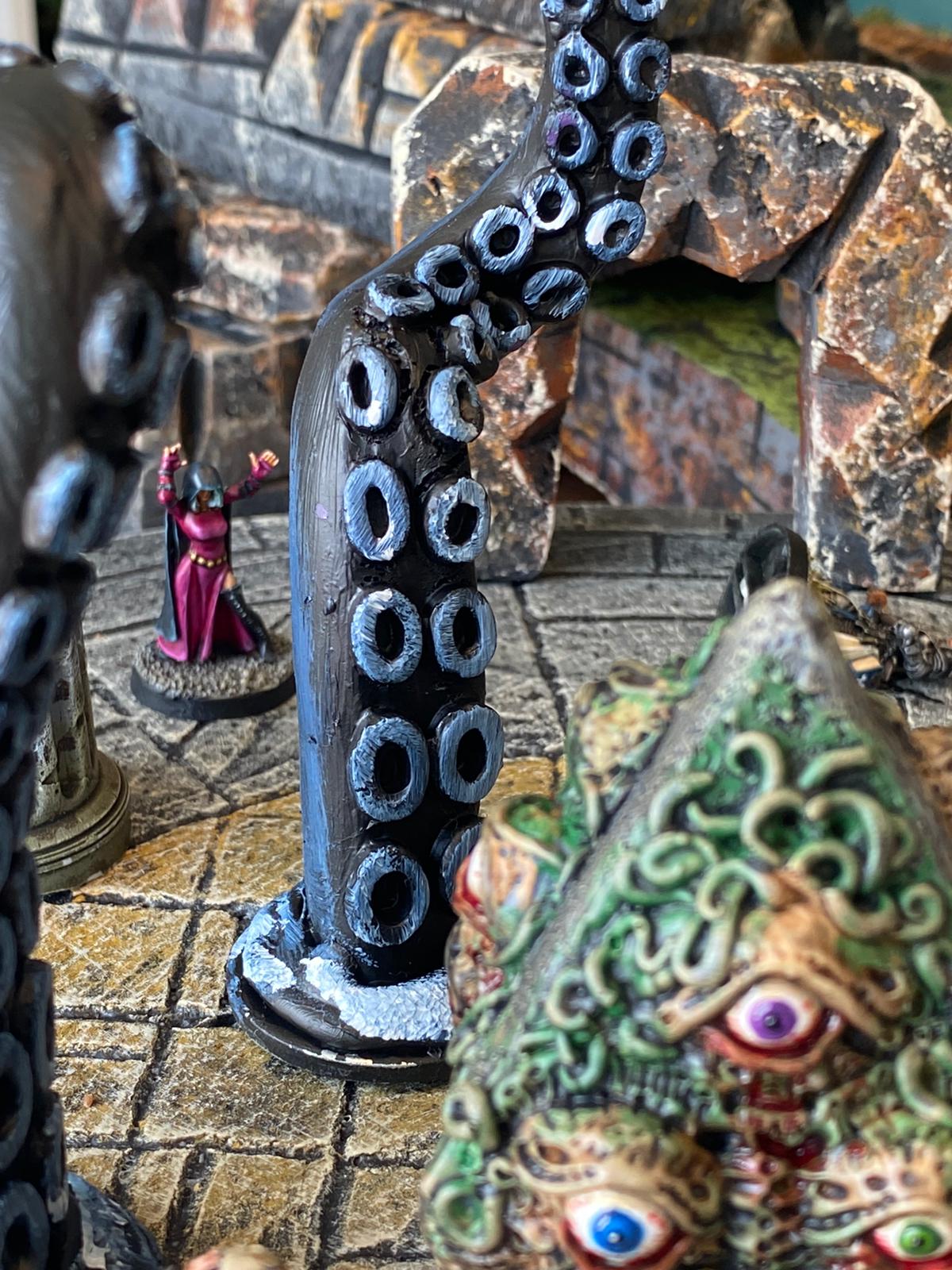 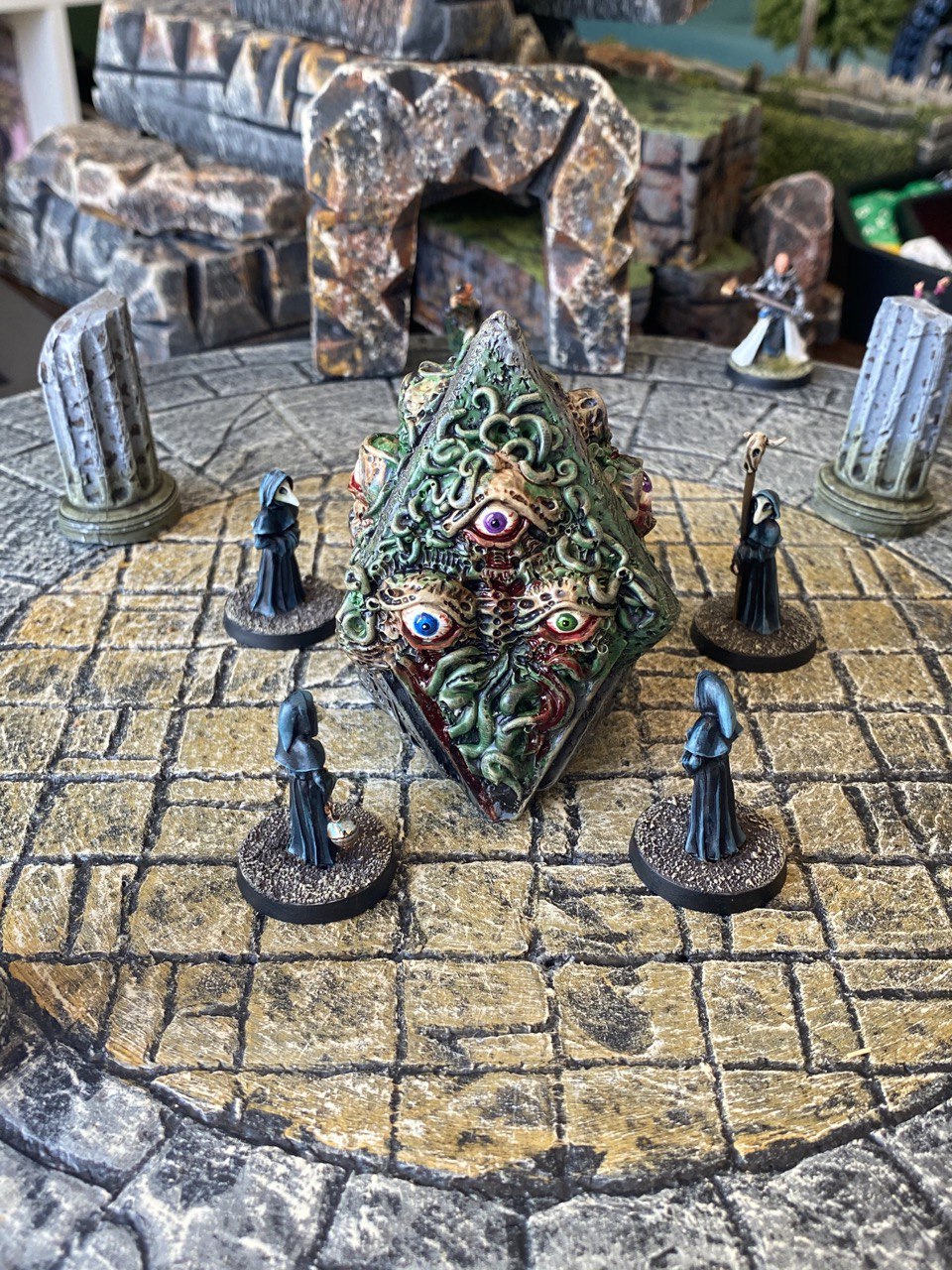 Our Rouge, Welby, but a firm stop to any summoning by sending his Mage Hand over the head of the cult leader dropping a regular hammer on his head from above. (Julia rolled a Nat20 on this stunt with Welby!)

However, Brand had not been entirely truthful with his colleagues, and this backfired as Daemon searched the now dormant monolith and found the mind controlling device.

With growing trust issues, Daemon decides to hold on to the Mind Control device, but explains to Brand that he wants to investigate whether the device works on dragons as he is hunting a Dream Dragon.

DM notes: Interesting turn of events… not sure where to go from here… but I have a week to find out lol