We pick up the story after our heroes fled the Mindflayer and its army of mindless minions.

This was second game running D&D remote. See my guide to how we run remote D&D with terrain and miniatures here.

In the abandoned warehouse, the party discussed what to do with the Black Sapphire and decided to find out more about the mysterious gem before making a decision on whether to keep, sell or destroy it.

However, before the party could leave the warehouse a mob of mindless persons came crashing through the door at the behest of the Mindflayer.

The party first stood their ground trying to first keep the mob at bay while trying to communicate with the Mindflayer, but it only continued its relentless demands and in the end the party fled to safety through a drain. 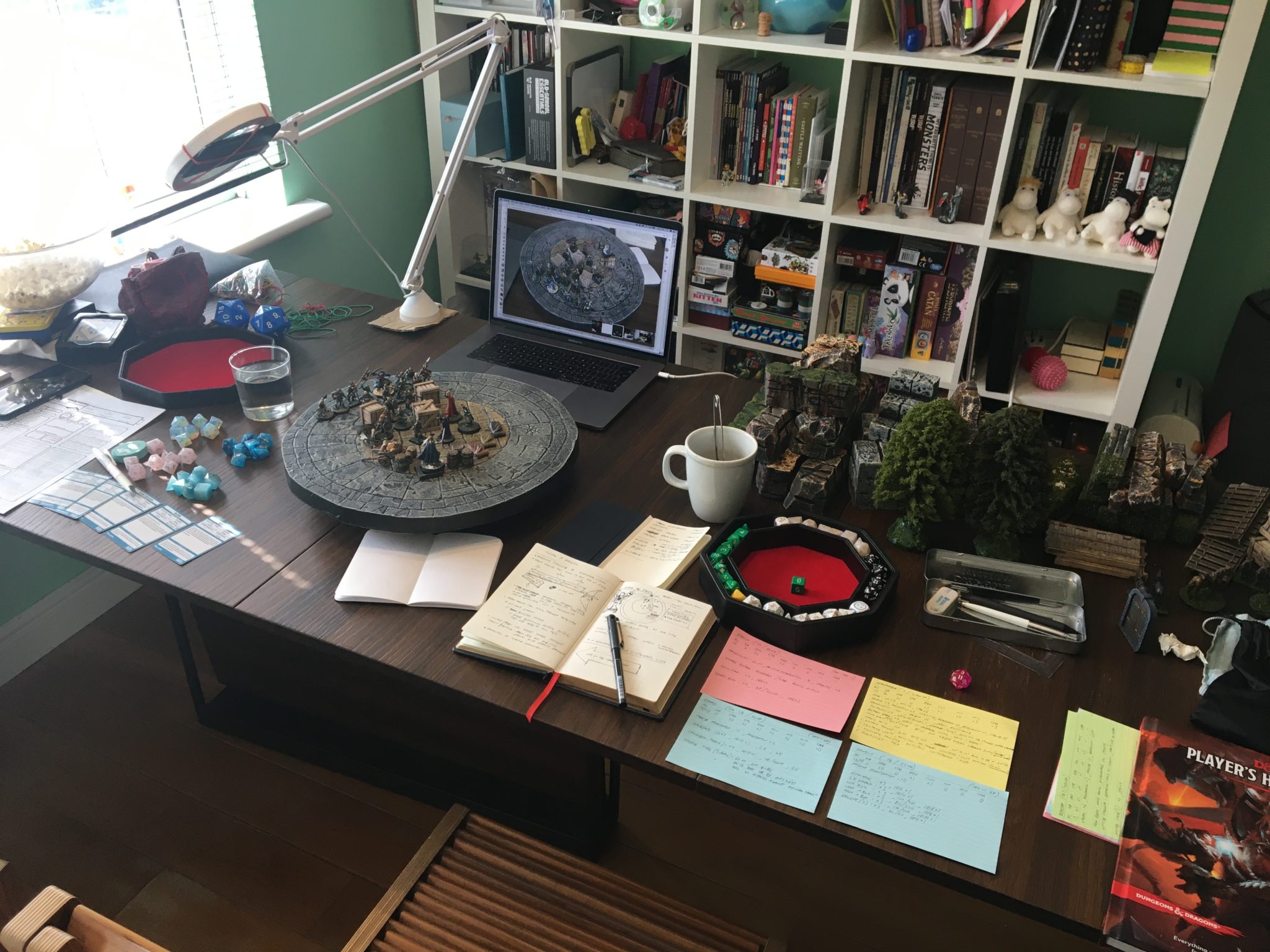 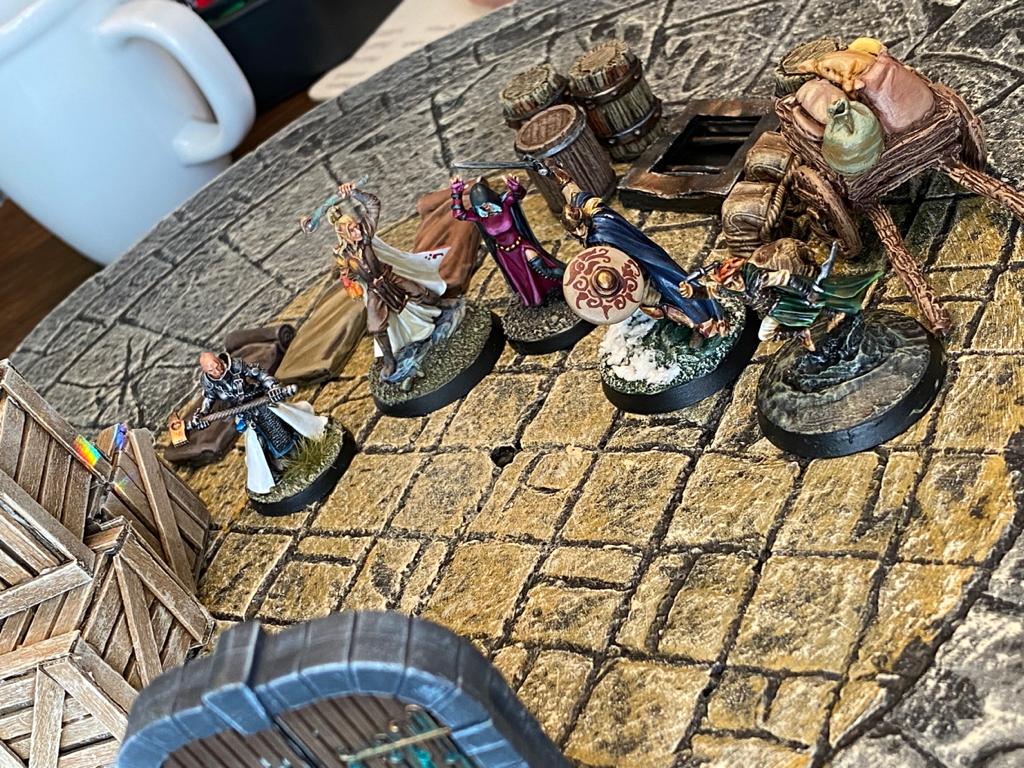 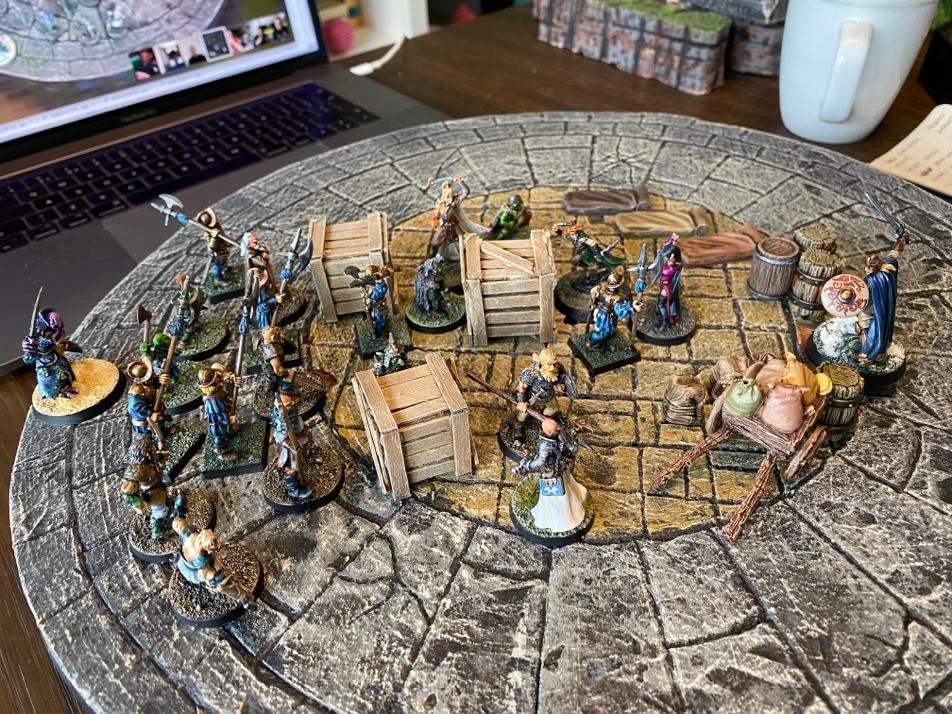 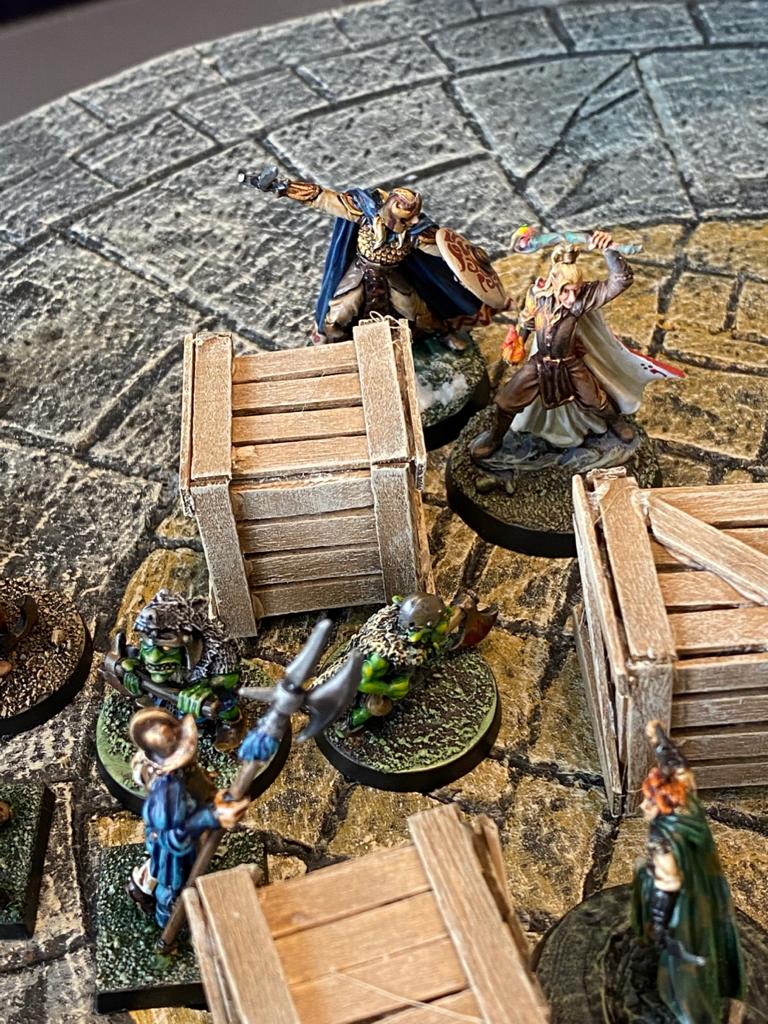 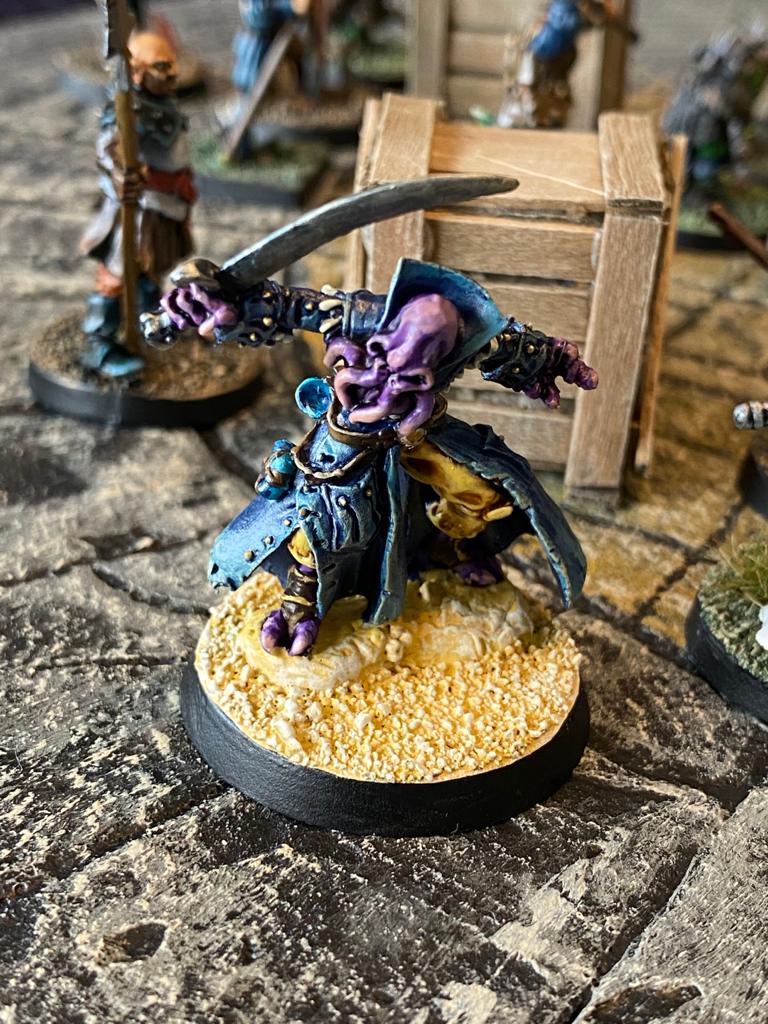 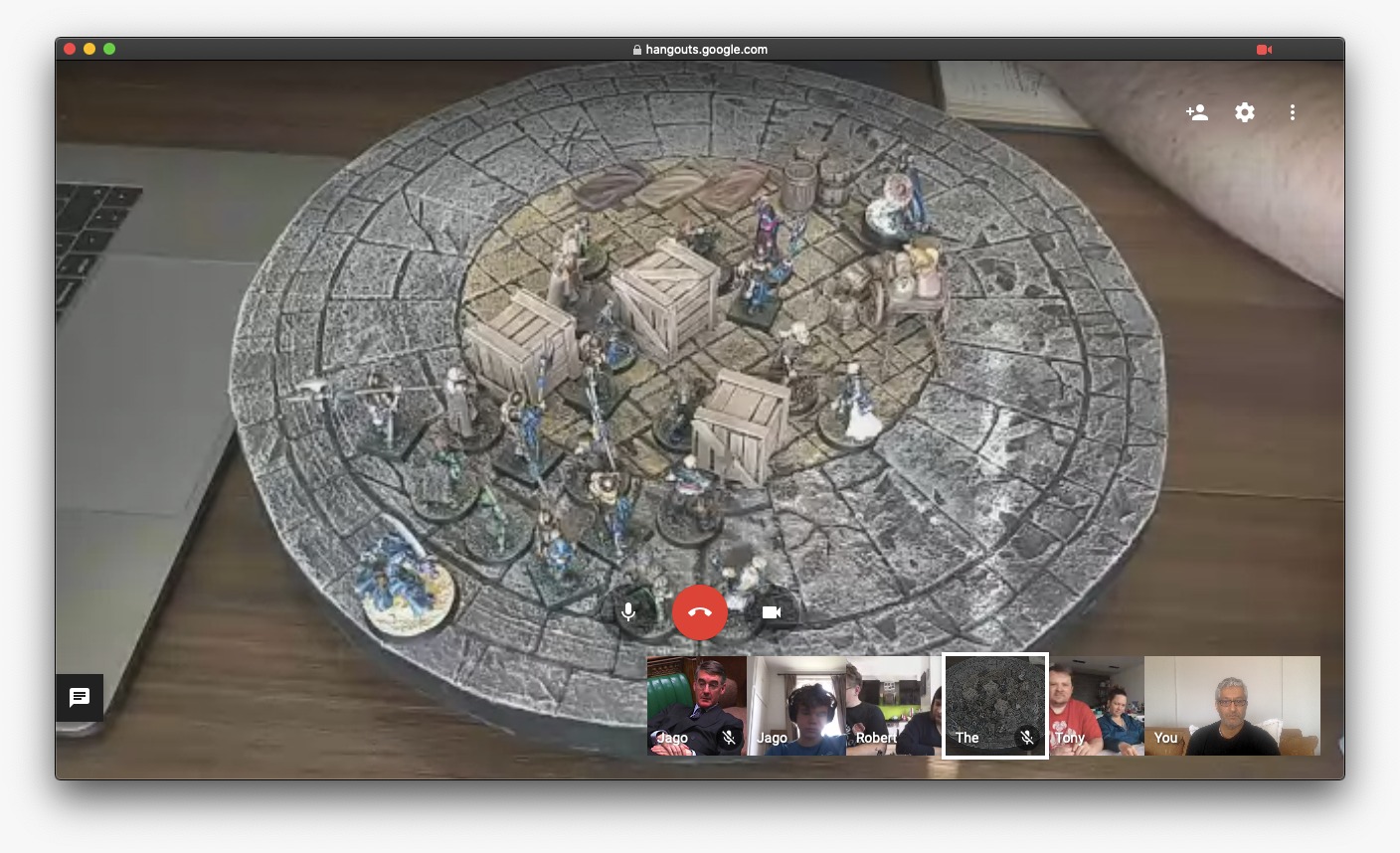 After cleaning up and resting in the Nameless Tavern, the party went out to find information about the Black Sapphire and ended up at “Randolf’s Rarities & Oddities” where they through failed threats and failed deceptions almost got kicked out, before striking a bargain with Randolf: In exchange for dragon scales he would tell them what he knew about the Black Sapphire.

The party put their ears to the ground and learned of two rumoured sightings of dragons: One rumour told that a dragon had flown through the actual Daisygate, the other that a dragon was attacking ponies on a nearby farm.

The party made the journey to the farm and saw claw marks on both living and dead ponies. Having laid a trap using the carcass of a dead pony, the party lay in wait for the mighty dragon to appear, only to see a Red Baby Dragon emerge, stumbling through the air as it was learning to fly. 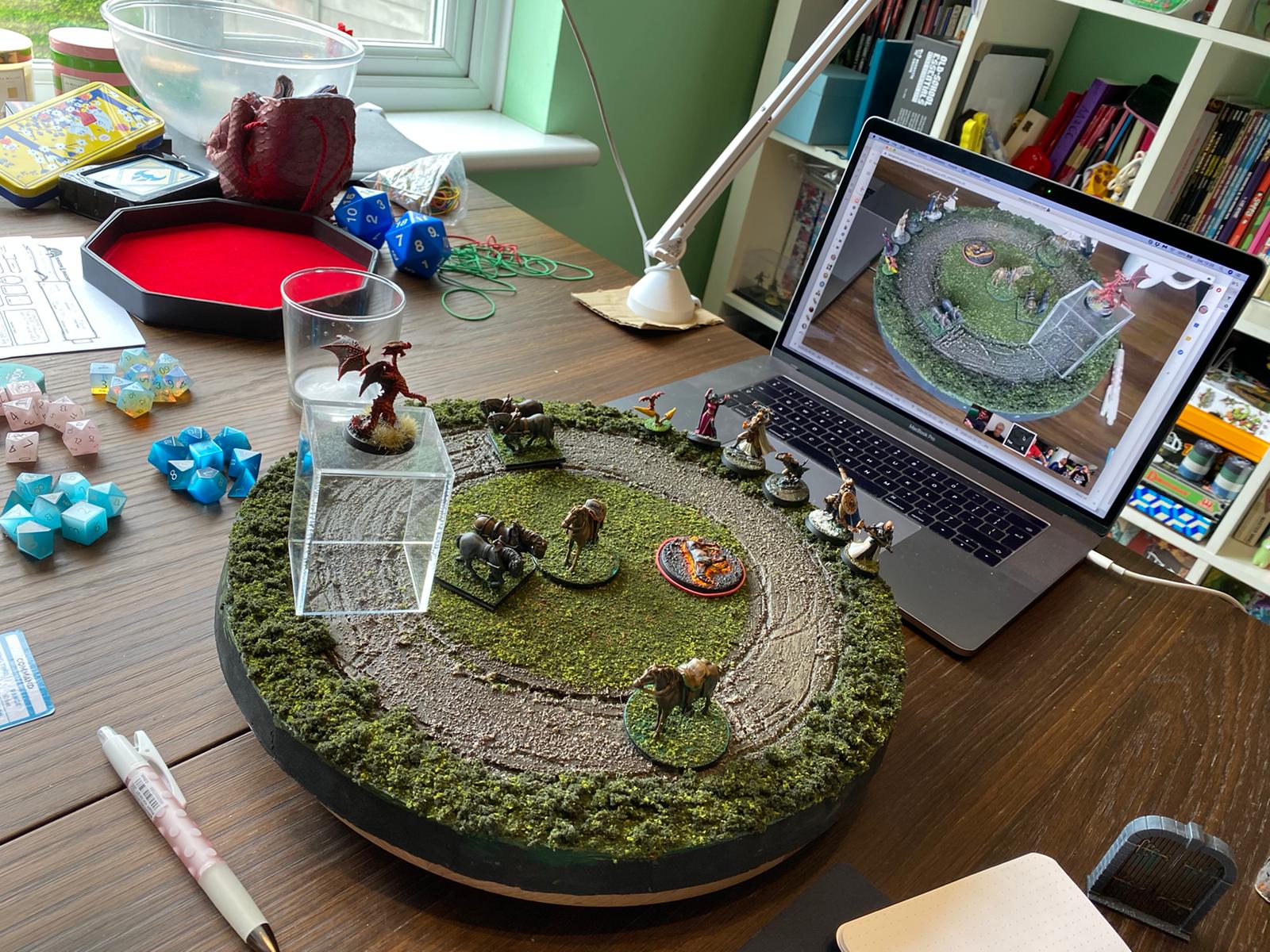 While the party suspected a Mother Red Dragon might be near by, they nevertheless opted to slay the Baby Dragon after it knocked the party’s Rogue unconscious with its fire breath, triggering the Mother’s wrath.

Fortunately through speedy thinking, the party managed to avoid getting killed before the dragon left in sheer frustration vowing to return to take its revenge!

DM note, I ran this chase scene as a Skills Challenge from D&D 5th edition. 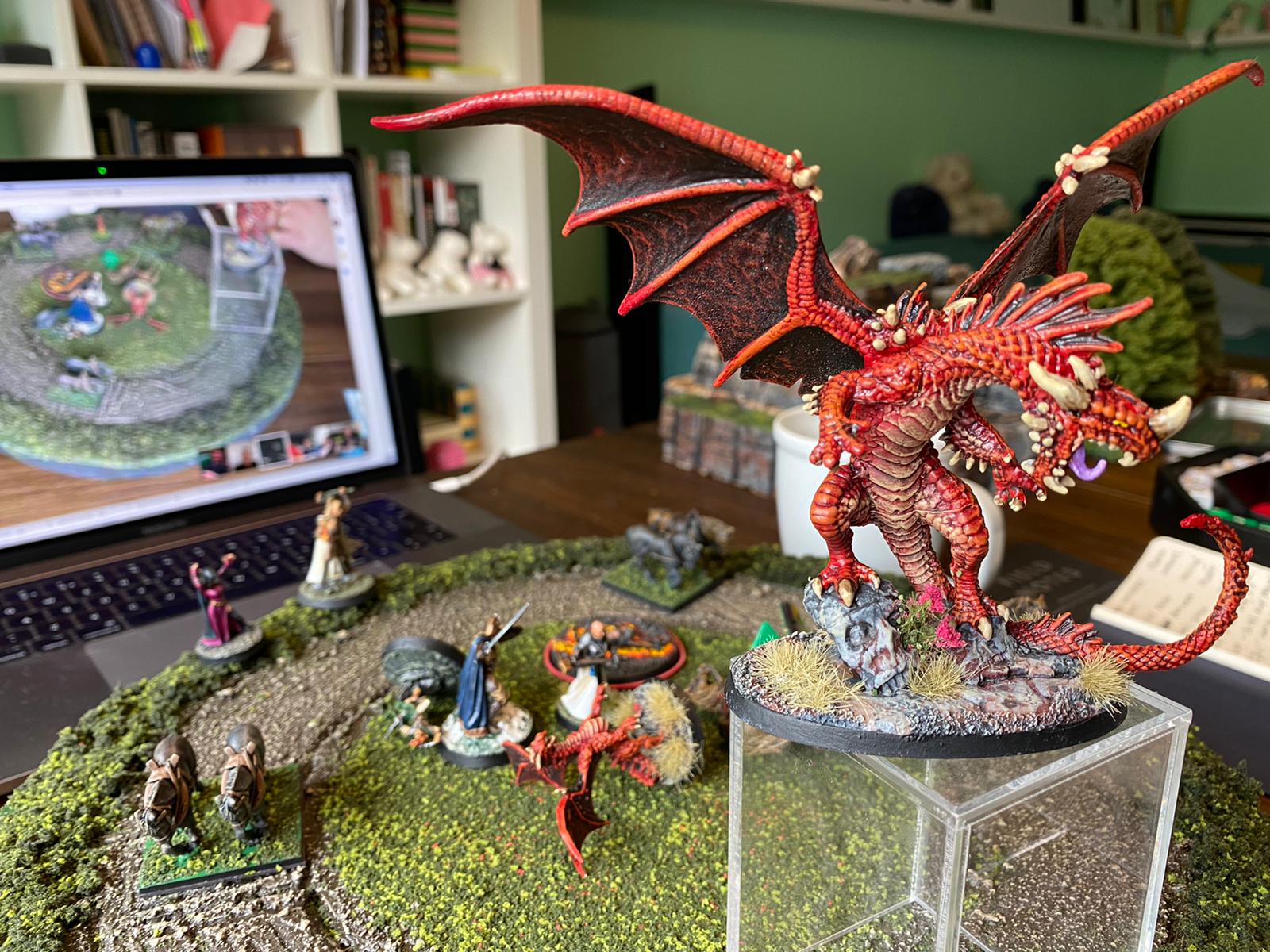 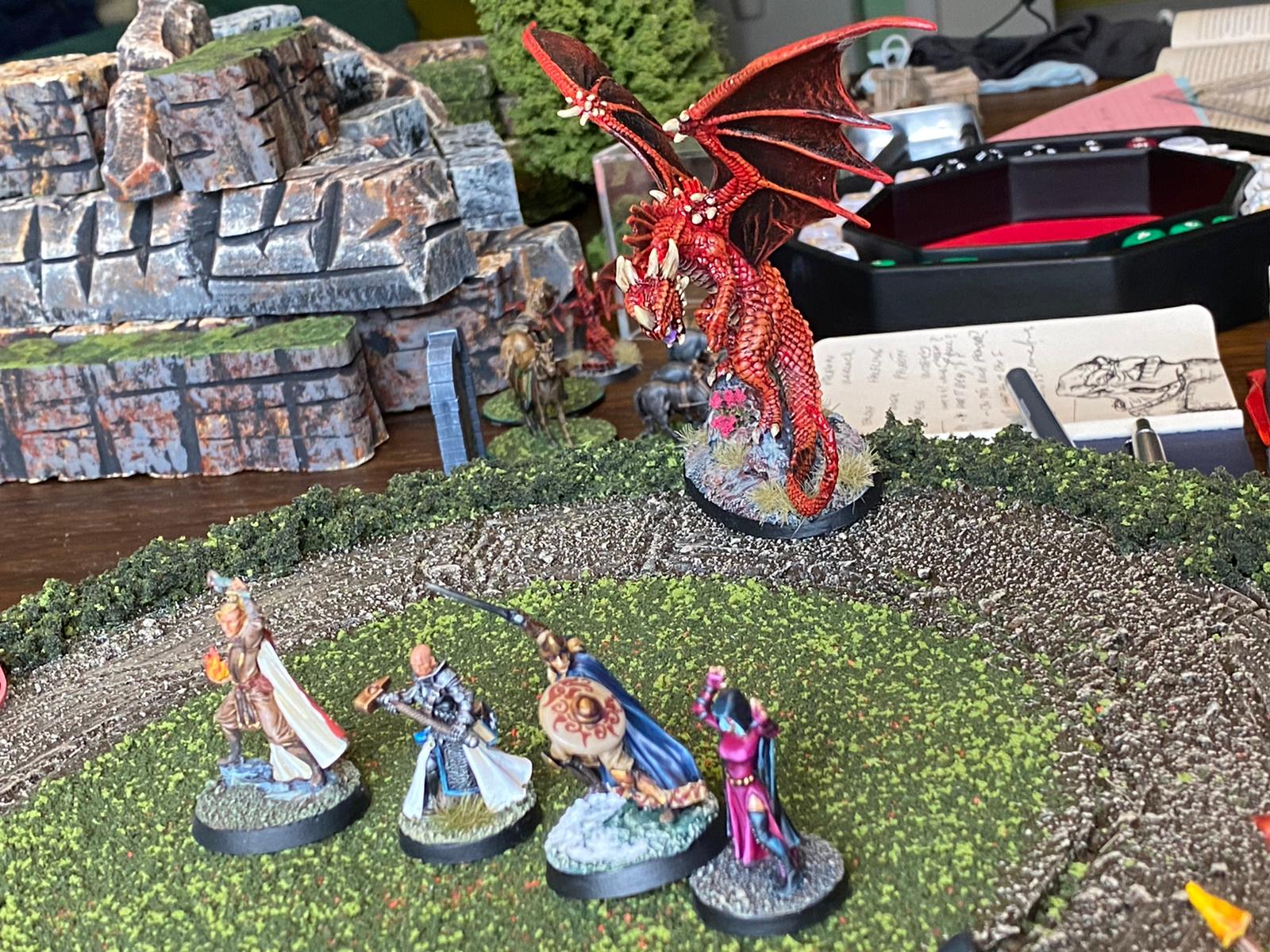 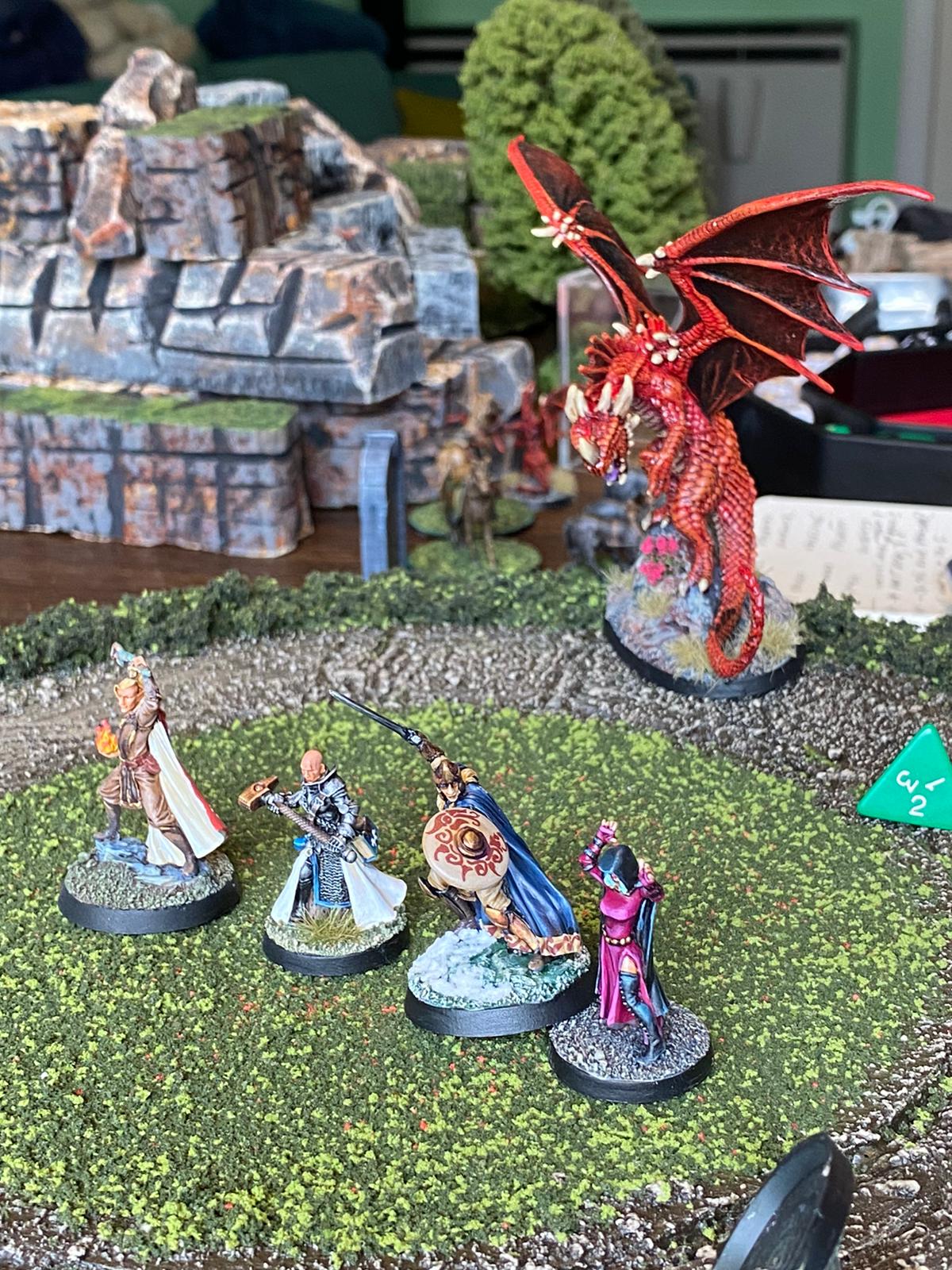 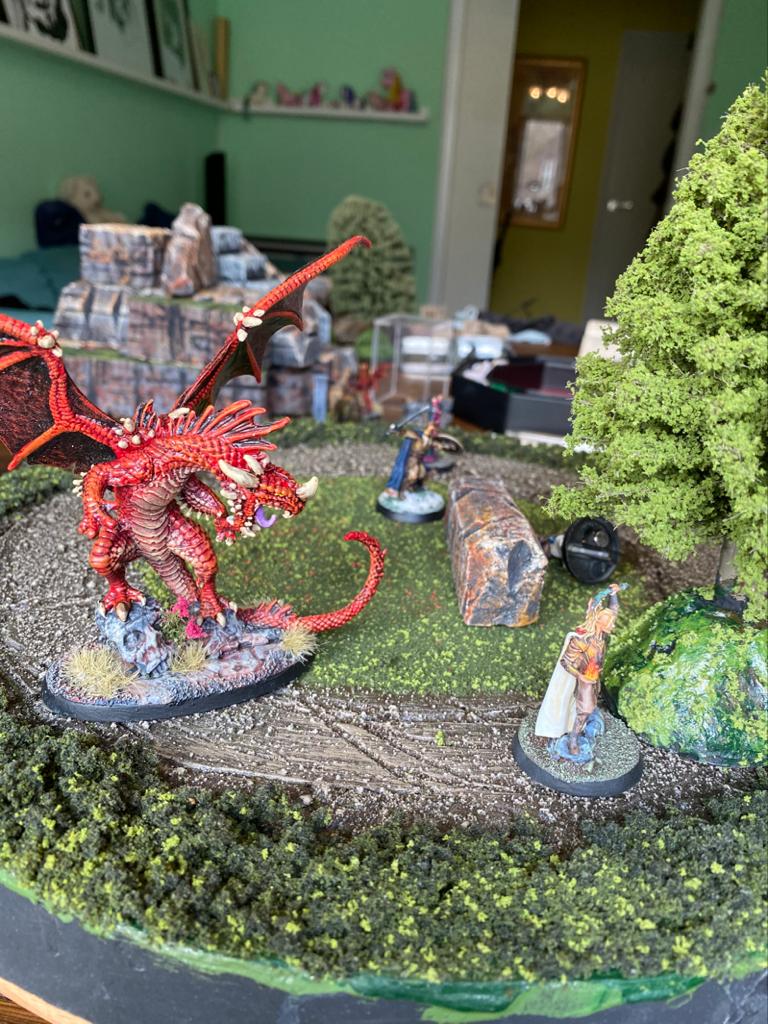 Returning to Randolf’s shop with dragon scales from the Baby Dragon, the party learned about Mindflayers and their ruthless nature. They also learned the Black Sapphire is from the Deep Planes like the Mindflayers themselves and that looking through it will reveal Deep Planes related items in the Material Plane.