At the time of writing this, we are all in lockdown due to the Covid19 pandemic, and I just watched a super interesting video about Dungeons & Dragons 0 edition miniatures from the 70s.

And it made me wonder if I can actually remember the miniatures we played … and potentially getting a complete set again.

Turns out my brother has saved quite a few miniatures we played with including the Grenadier Orc you see on second row, three in, which I only painted on half side of. The idea was once I was better at painting, I would paint the other half.

I remember really liking the group of Grenadier Orcs you seen most of in top row. 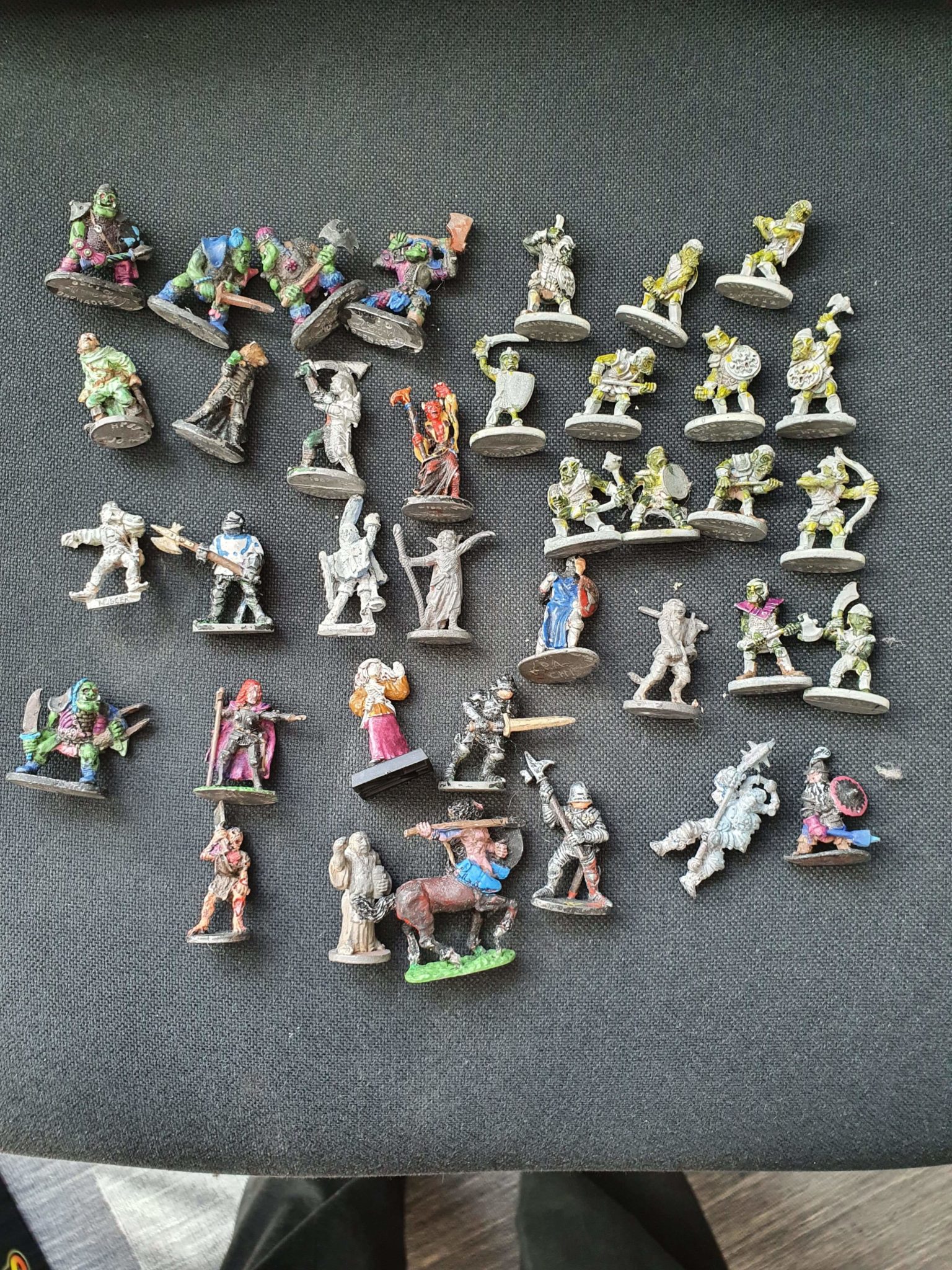 I actually found this miniature on eBay last year, and I have to say it has definitely stood the test of time and will work neatly as a Young Blue Dragon for Dungeons & Dragons.

My original miniature was broken into various parts. The head was used as a hat for a Snakebite Ork Warlord and the wings for a Chaos Champion for Warhammer 40.000 Rogue Trader. 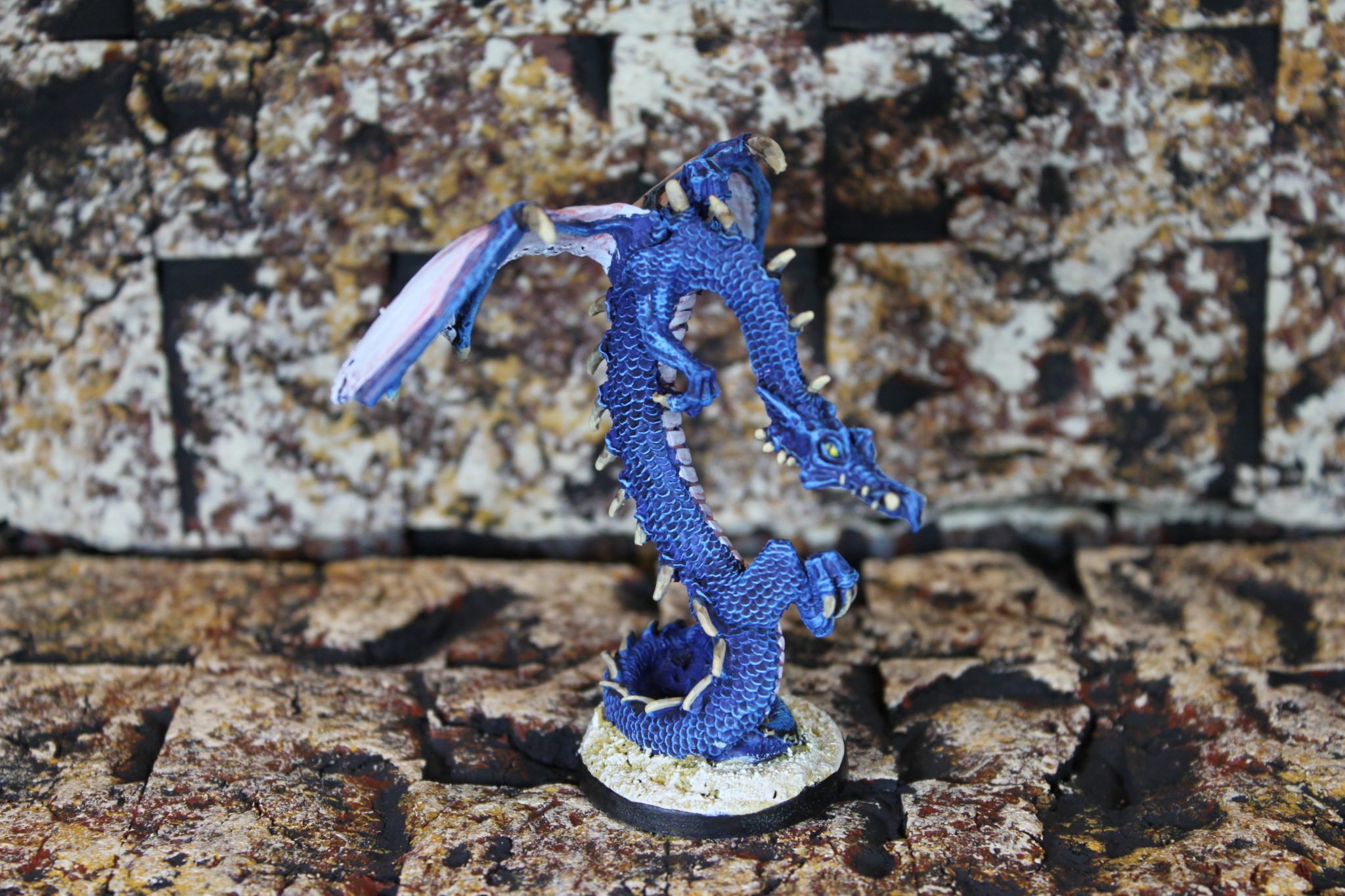 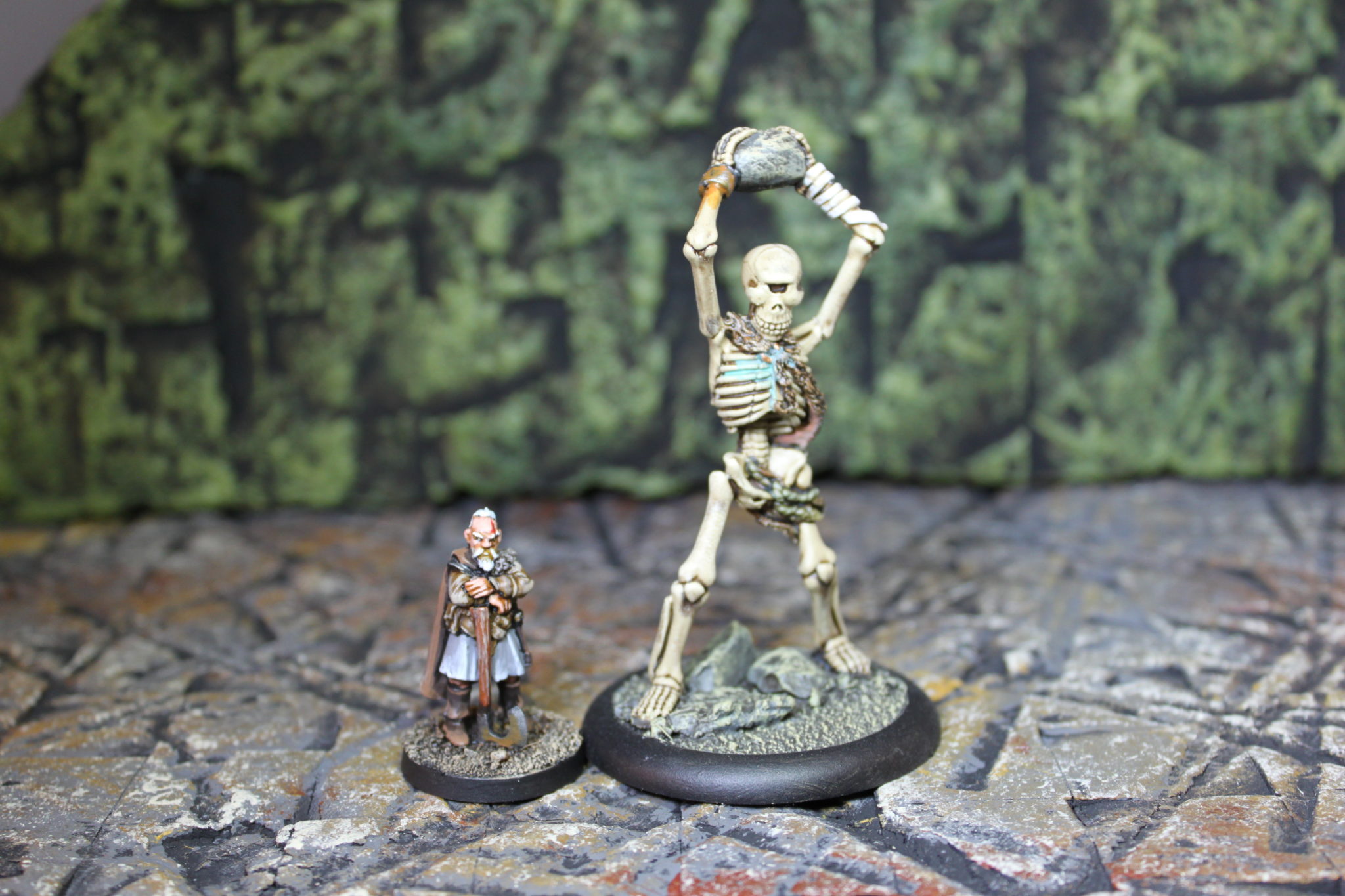 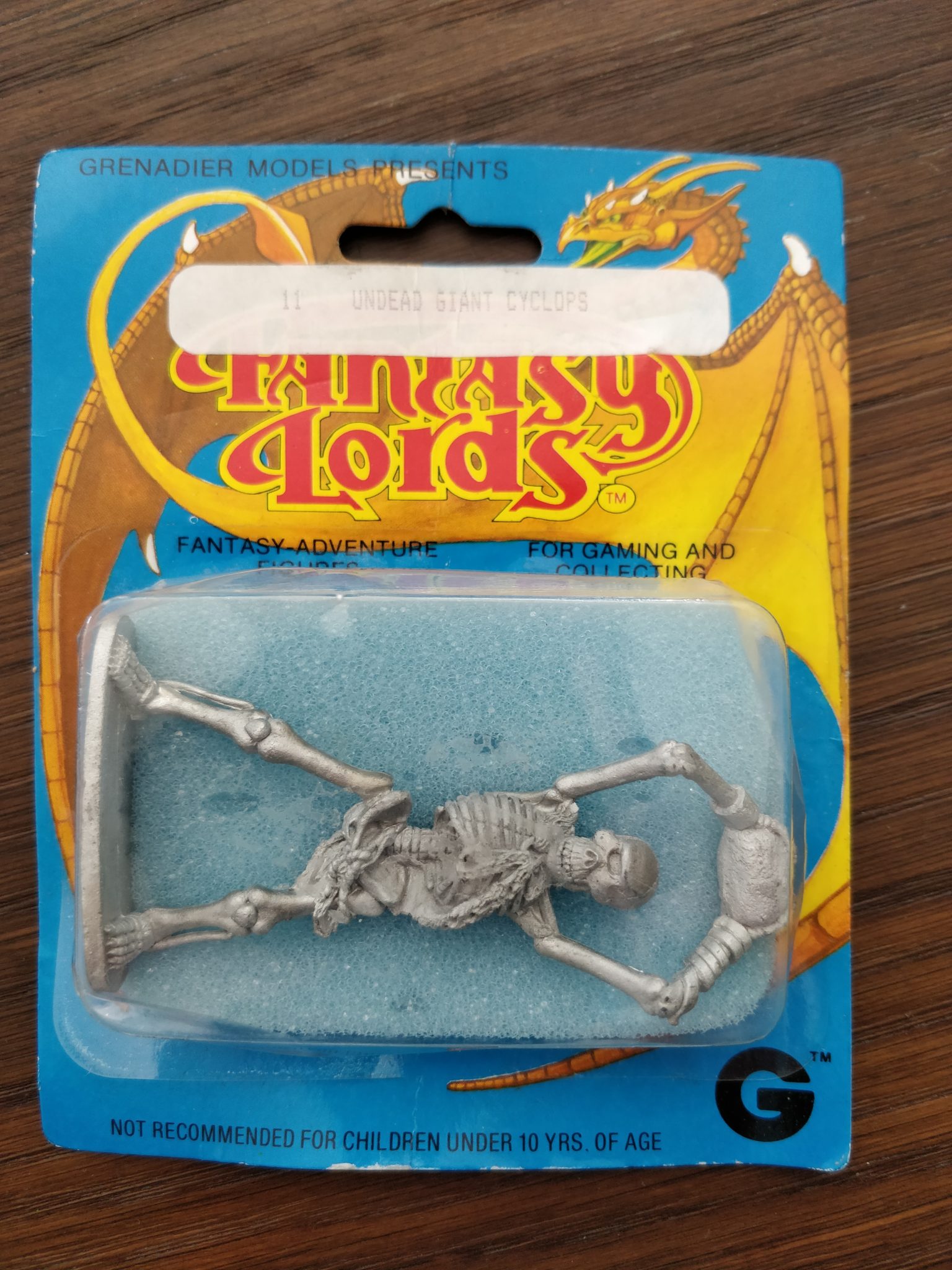 I really want this again. I loved how heavy and non-agile it looks.

I had no idea was a Firbolg was, so this miniature we used as a Giant. 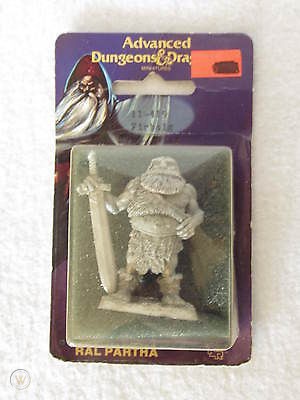 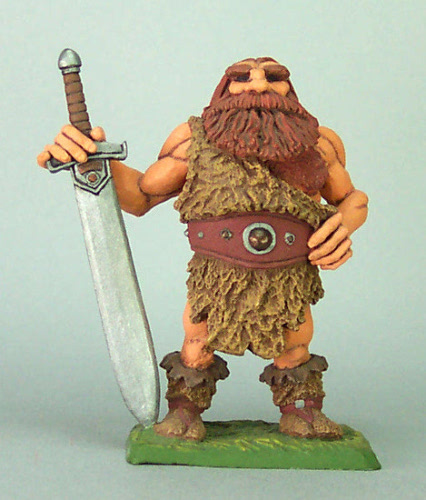 I had four of these magnificent Citadel crossbow boys. Funnily, I hated the slotta bases thinking they were too intrusive. These days I put all minis on slotta bases even if they don’t come with them. 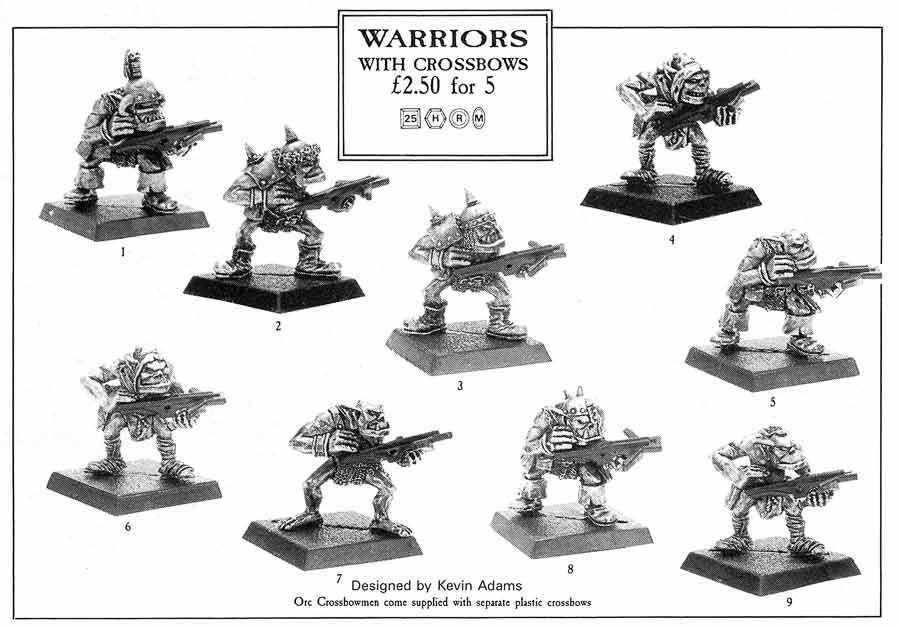 Find out more about these miniatures at The Stuff of Legends.

I had 2 fairly basic Orc miniatures that looked more like humans compared to the Citadel Orcs above.

I also had a third one that was a bit bigger with a club. We used that as a “Rise”, which is essentially an Ogre.

I can remember what they looked like so I’ll make a drawing.

This, alongside, the Super Cyboar for Warhammer 40.000 Rogue Trader, is one of my all time favourite miniatures.

I did find some Citadel Ogres in eBay I’ve really enjoyed painting, but I would love to get a chance to paint this one for sure! 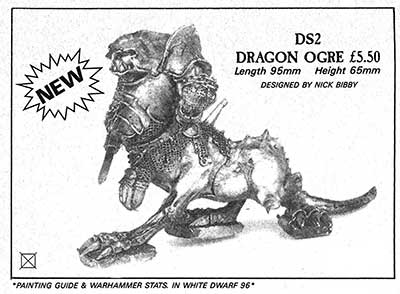 I’m in two minds whether this Halfling miniature fits this set. First of all because he is from the mid-90s and second because Halflings isn’t a thing in DoD. But he fits my mental image of vintage miniatures so I’m adding him. 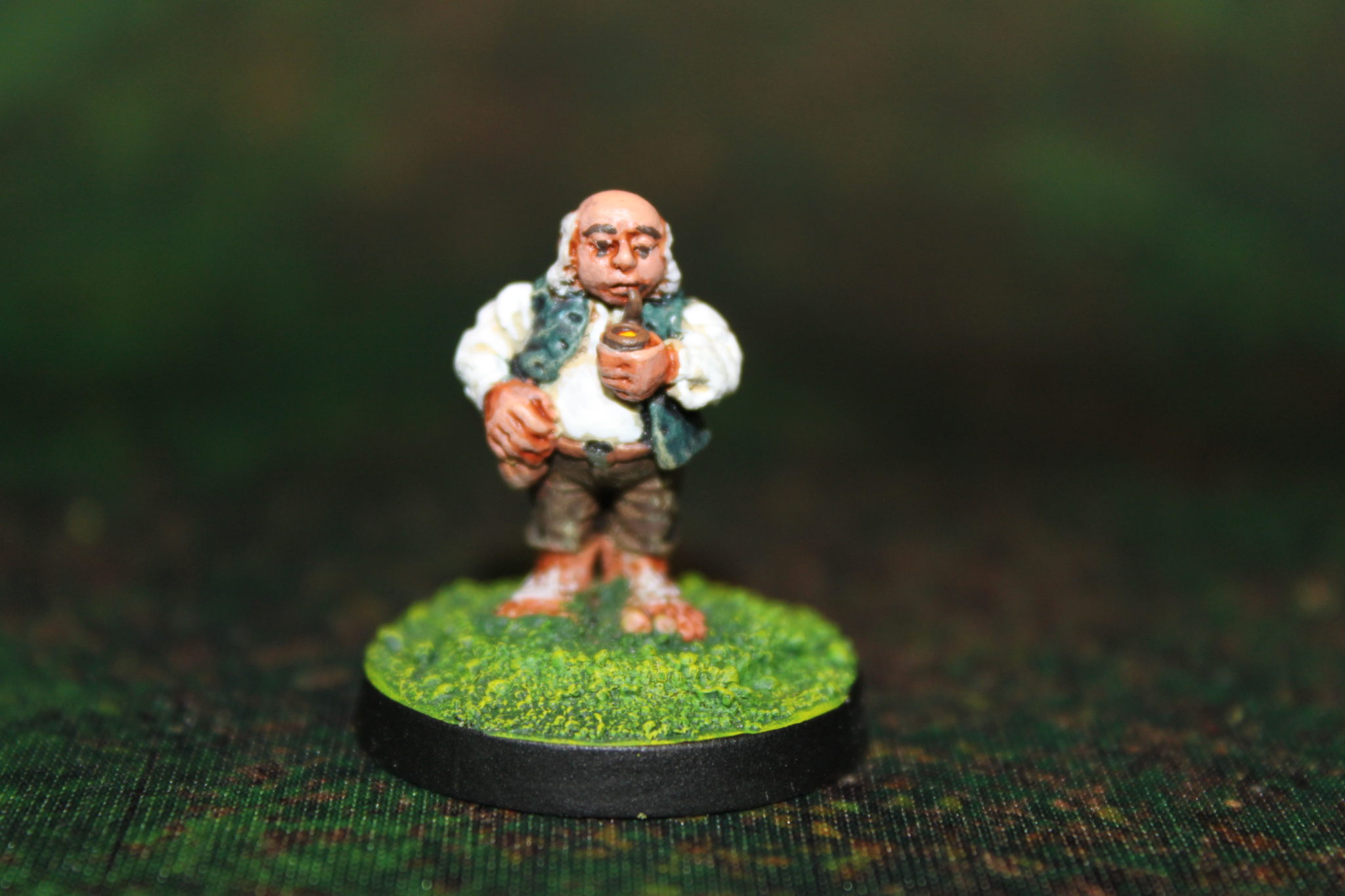