Welcome to the Town of Twobridges.

Twobridges is a medium sized mining town with ~4,000 citizens led by Mayor Gismondo Deerwood, the latest in a line of family mayors.

In ages long forgotten, Twobridges emerged around narrowest point of the Quake Chasm, a huge seemingly bottomless crack in the ground itself that widens or narrows due to regular earth quakes.

South of the Chasm is the Townshall home to the Mayor and his family as well as the homes to the more well-off citizens, craftsmen, artisans and it is the better protected part of Twobridges with strong guarded citywalls. You will also find the upmarket tavern The Gilded Rose South of the Chasm.

North of the Chasm is where the worksmen, the smiths, the carpenters and the miners live. It is also where one would find the more seedy side of life especially around the dodgy inn The Ogre’s Armpit. You will also find Center Point Market and the Temple of Beltar The Dark Mother, Goddess of pits and caves.

The Chasm and the two overlapping bridges

Naturally a single bridge would break due to the constant movements of the Chasm, so long time ago a genius Gnome engineer named Jorni Wilfix came up with a solution using two bridges, each stuck to either side of the Chasm and overlapping each other. Shortly after the completion of the two overlapping bridges the town was named “Twobridges”.

Due to the shifting nature of the Chasm, mining is a both a dangerous and lucrative business and attracts folk from near and far and from all races to work in the mines hoping for lady luck to shine on their pickaxes. It also attracts archaeologist and Twobridges is the proud home of The Academy of Archeological Studies.
The Deerwood family has run the mayor’s office for as long as anybody can remember and by and large, the population has always been happy with the rule of the Deerwoods. The Deerwoods have a single family obsession: To built a stairway to the bottom of the Chasm. This project has been going for hundreds of years and the insanely long staircase is known as The Descent. 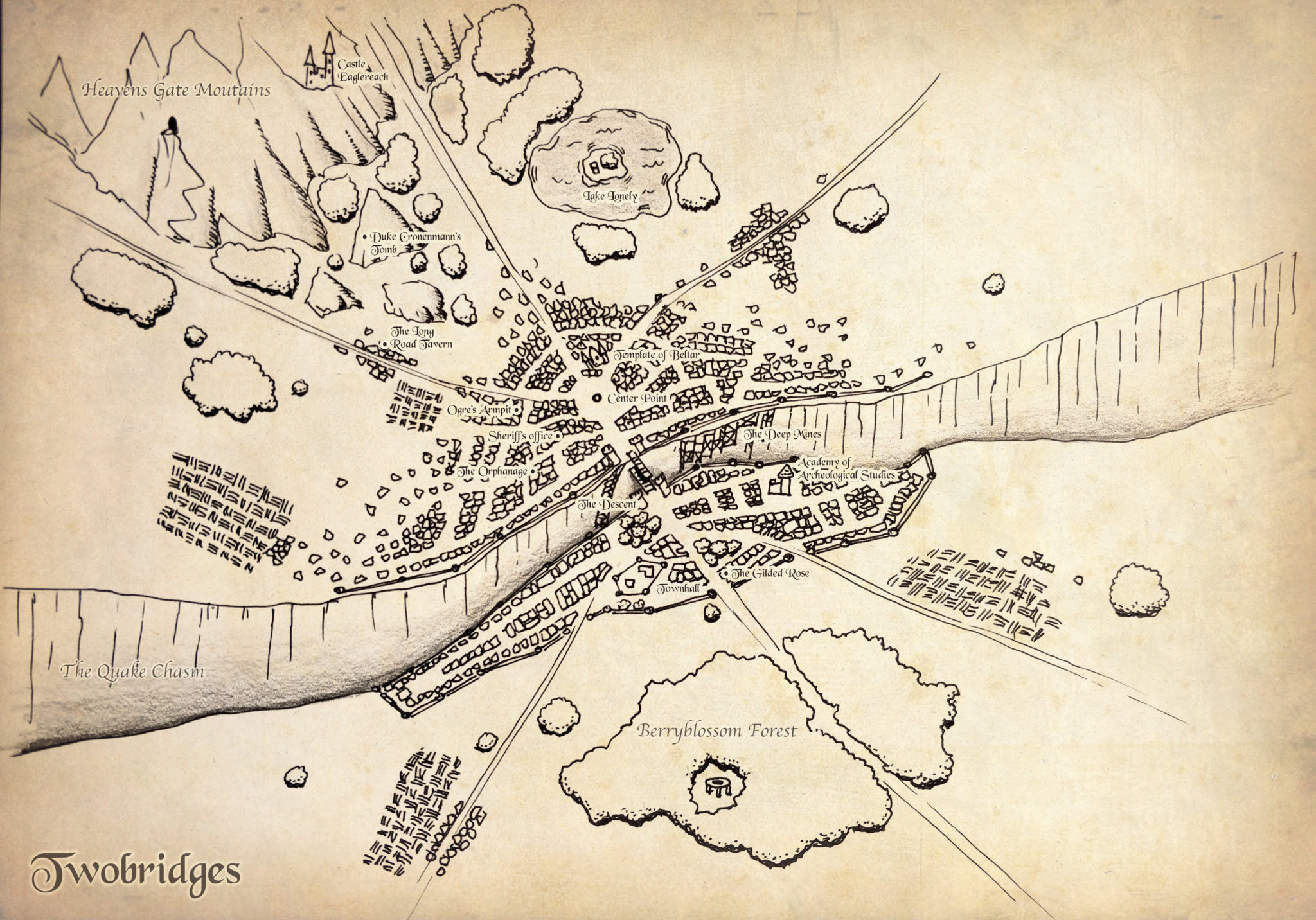