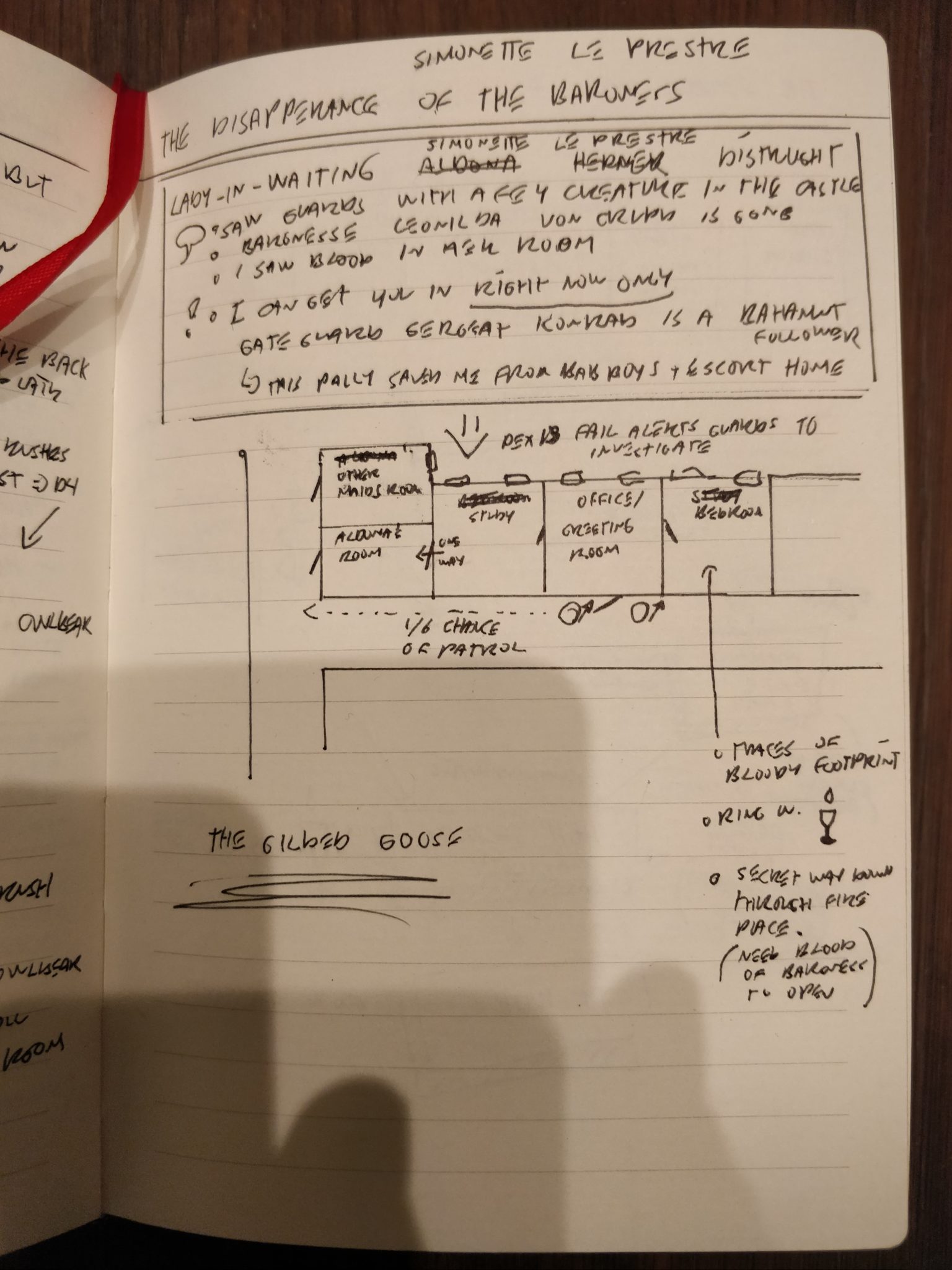 DM note, this game was inspired by Matt Colville’s recent video on running a One-on-One D&D game. I’ve never run any RPG for only one player so I was curious as to how this would be. So instead of informing one of my players of a background story for our next game, I decided to play it out as a small mini adventure and it was actually quite a lot of fun!

Our Paladin Damon had been spending his free time at the upmarket tavern The Gilded Goose located near Castle Daisygate in Feyview.

Here he had started a relationship with the Lady in Waiting Simonette Le Prestre, a maid to the Baroness Leonilda herself.

One early evening they were suppose to meet at The Gilded Goose, but Simonette came late and looking frightened and distressed.

She claimed to have seen a fey creature walking the halls of Castle Daisygate with some of the guards. She did find it unusual as visitors from the Feywild were no longer allowed to walk randomly around the castle following the assassination attempt on the Baroness, but she didn’t think more of it until an hour later when she was suppose to meet the Baroness to prepare her for dinner.

She came to the Baroness’ quarters as planned, but she was not in her rooms. Furthermore, Simonette said she saw blood on the floor.

Shaken she left the castle to as Damon to look into the matters as she wasn’t even sure if she was just panicking over nothing.

The sergeant leading the guards at the gate, turned out to be a follower of Bahamut, the patron of Damon. That, along with an explanation that Damon was escorting Lady Simonette home allowed them to pass and some quick thinking also allowed Damon to keep his weapons. 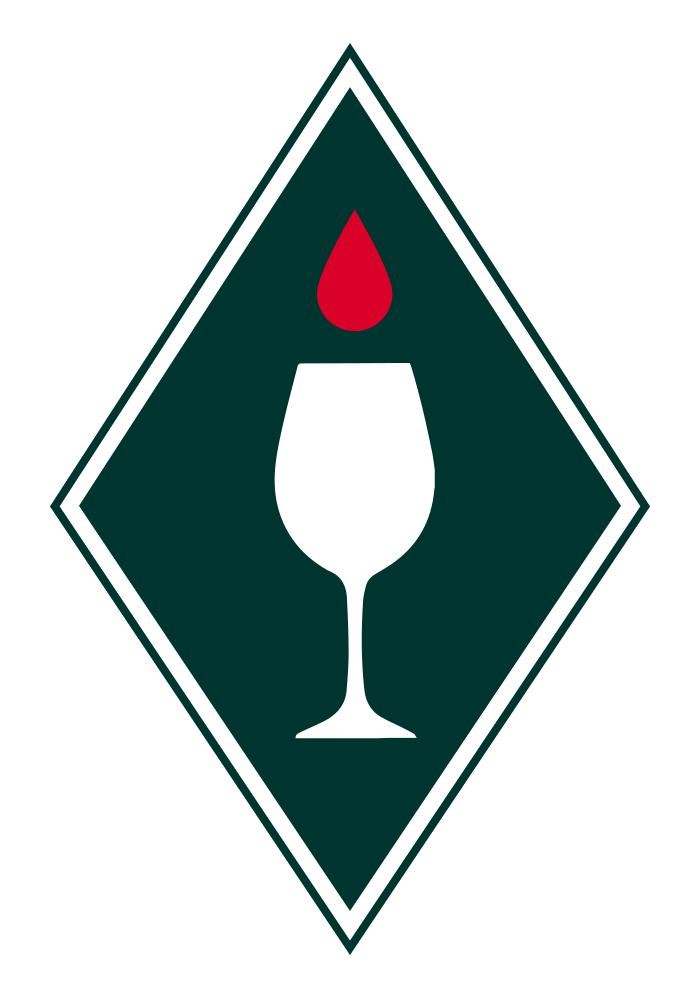 The Baroness’ room was guarded by the “Blood Keepers”, a local term for the Royal Guardians, an elite arm of the Daisygate with the sole purpose of protecting the royals.

But rather than sneak into the room, Damon decided to confront the situation head on and convinced the Royal Guardians that he was sent as extra protection to the Baroness.

Inside the reception, Damon found a ring with a cup symbol with a drop of blood above. Mesmerized by the odd symbol, Damon pocketed the ring before he could even feel guilty.

Next was the Baroness’ bedroom where indeed there was a single smudged bloody footprint, but before they could investigate further, the Royal Guardians came in to escort them out.

Rather than starting a ruckus, Damon politely left, but not before his expert (Nat 20!) eyes scanned the bedroom and it dawned on him the foot print was pointing to the large fireplace and that this fireplace had the same cup and blooddrop symbol above!

Leaving the castle, Damon hurried to the Unnamed Tavern to alert his fellow Nightshifters… 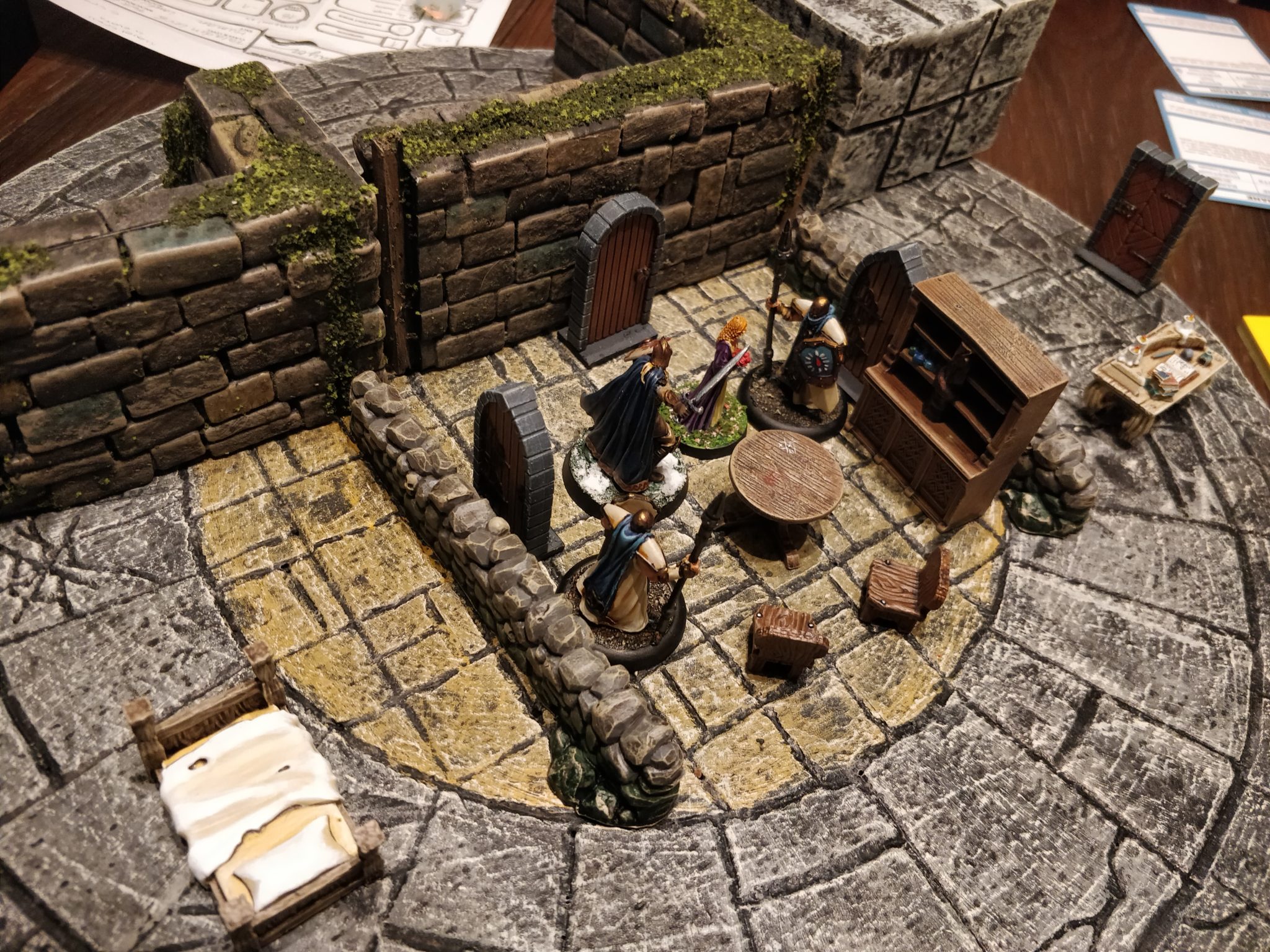 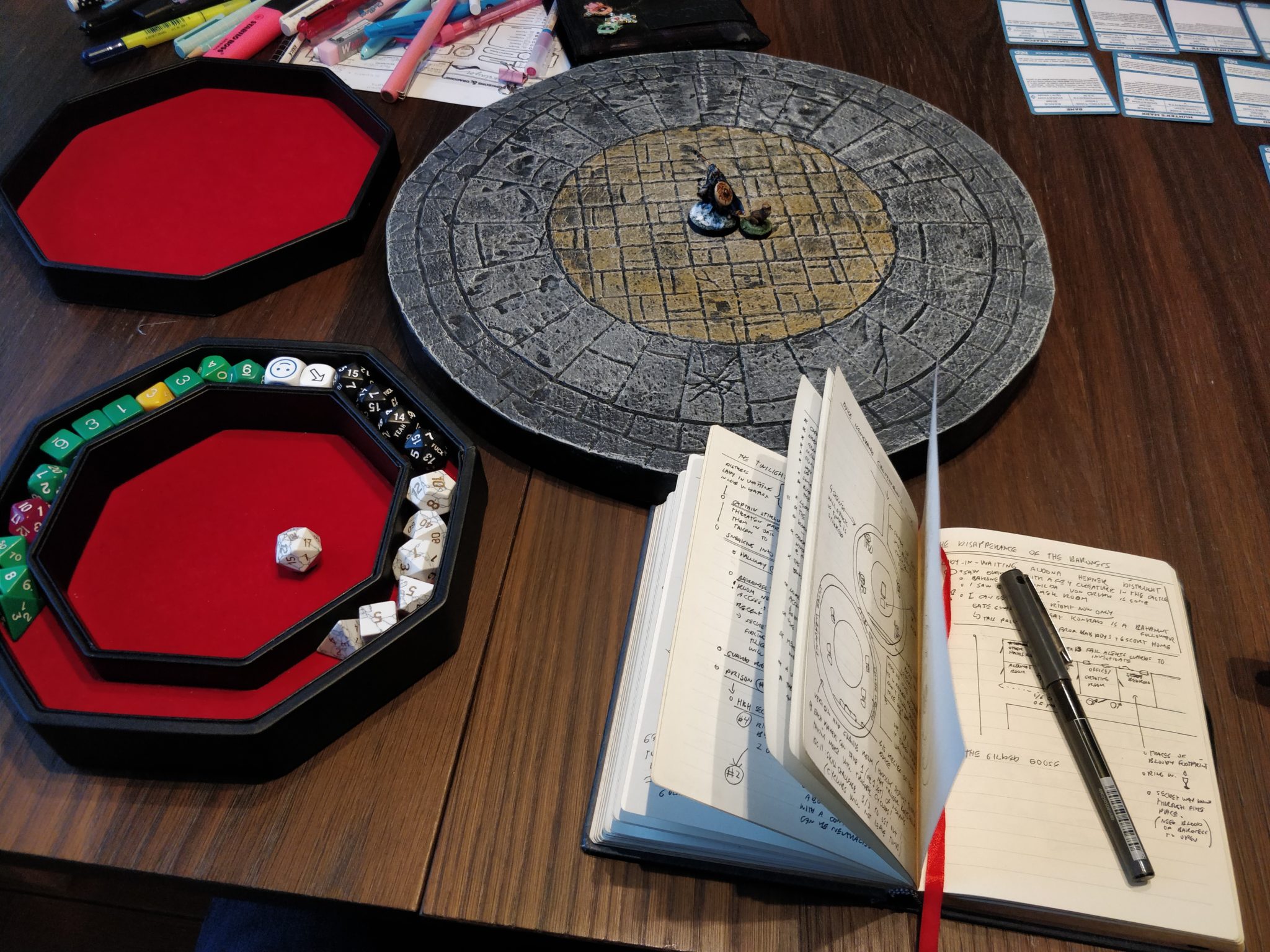