Having saved the world of Heden Rei, our adventures had become heroes and known faces throughout the land.

Alaris was crowned king, BJ became a sought after advisor, Valyria a sought after maiden and Grimshaw special emissary to the Dwarven Omnitropolis Parthonox.

It was all good for a time, but after 3 years in the spotlight, the friends had grown apart, or pulled apart by their official duties.

Chance would have it that Grimshaw one day received a letter notifying him of the death of his aunt Tholgina Grimtooth and that he had inherited her estate in the town of Daisgate that to Grimshaw’s delight was on an entirely different continent, that of Bjergen Rei.

it didn’t take long before the friends had reunited and in the cover of a dark rainy night, they were teleported to Bjergen Rei.

DM Note: Our previous campaign was quite linear and I had a big challenge in mind that set the journey from the very first game. But I wanted this new campaign to be different in a number of ways:

A meeting at the cross roads

Finding themselves in lands, the party soon established contact with a group of friendly halfling farmers heading to Daisygate by way of meeting a caravan that would be lead North to Daisygate through Dunklewood forest.

The party and the farmers together joined up with the caravan that contained a number of people heading to Daisygate: Scholars, merchants, a noble woman with her guards, some wizards and a blacksmith apprentice named “Mike Magic”.

DM Note: I wanted to push the boundaries a bit by adding some interesting non-combat happenings.

So what I did was having two too-cool-for-school wizard women sitting in a couple of folding chairs waiting, in their words, for the show to start. This was really to present the players with a very unfamiliar social situation and to up the stakes, Mike Magic, a hot blacksmith apprentice, appeared from a horse cart just in pants, drenching himself in cold water before putting on his shirt!

And to top it off, this encounter happened while I had “I Just Want To Make Love To You” by Etta James playing on the radio (yes, for those of you who remember, this encounter is clearly inspired by this Coke Light commercial).

Needless to say that this was great fun!

As the caravan closed in on Rosenbridge, the bridge leading out of Dunklewood, a mighty Troll appeared and blocked the pathway over the bridge.

The caravan travellers quickly regrouped with the intent to kill the troll and continue but soon found themselves surrounded by a Goblin band led by the Goblin Shaman, Mama Juju.

The goblins were mostly interested in the horse carts seemingly looking for something. However, having not found what they were looking for and having faced unexpected significant resistance from the caravan due to our party being present, they decided to retreat, but not before attacking the protected wagon with the Baroness forcing her and her guards to leave the wagon and proceed on foot.

As soon as the Baroness was out in the open, a lightning fast movement was seen, but too late. A speedy figure flew through the group killing one lady in waiting and two guards in one swoop. The attack also wounded the Baroness and poisoned her.

As the Quickling Assassin swooped around for a second strafing run, Alaris quickly caught up with her and attempted to throw her cape over the fast fairy. He missed, but Valyria, being invisible, ran up unseen, picked up Alaris’ cape and threw it over the Quickling who frantically tried to cut her way out, but B.J. the Sorcerer firmly dispatched of the cape and the Quickly with a Firebolt.

Alaris rushed to the Baroness and cured her of the poison saving the day.

And as the day came to an end, the Caravan, or most of it made it to Daisygate.

Photos taken by my lovely players. 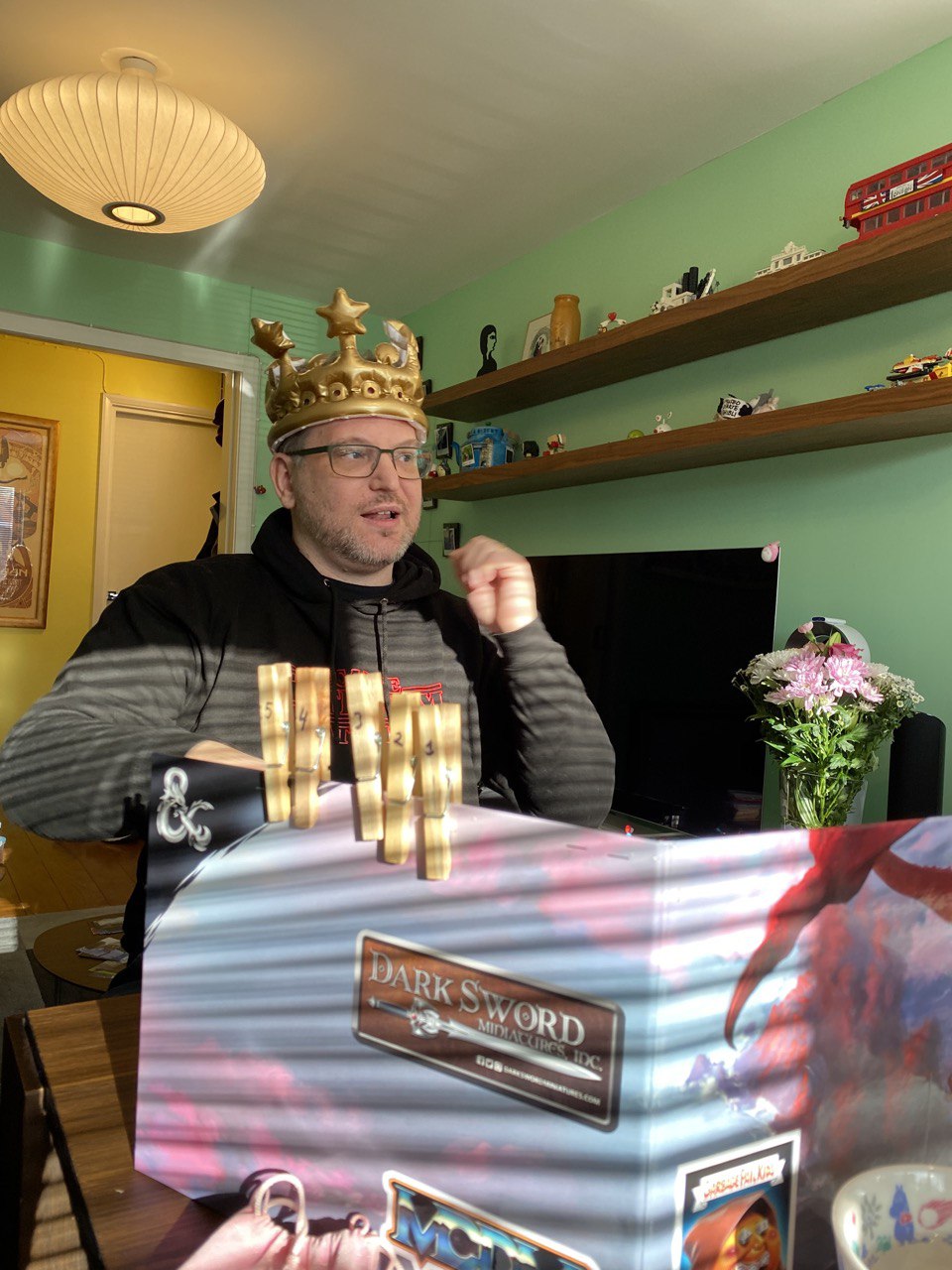 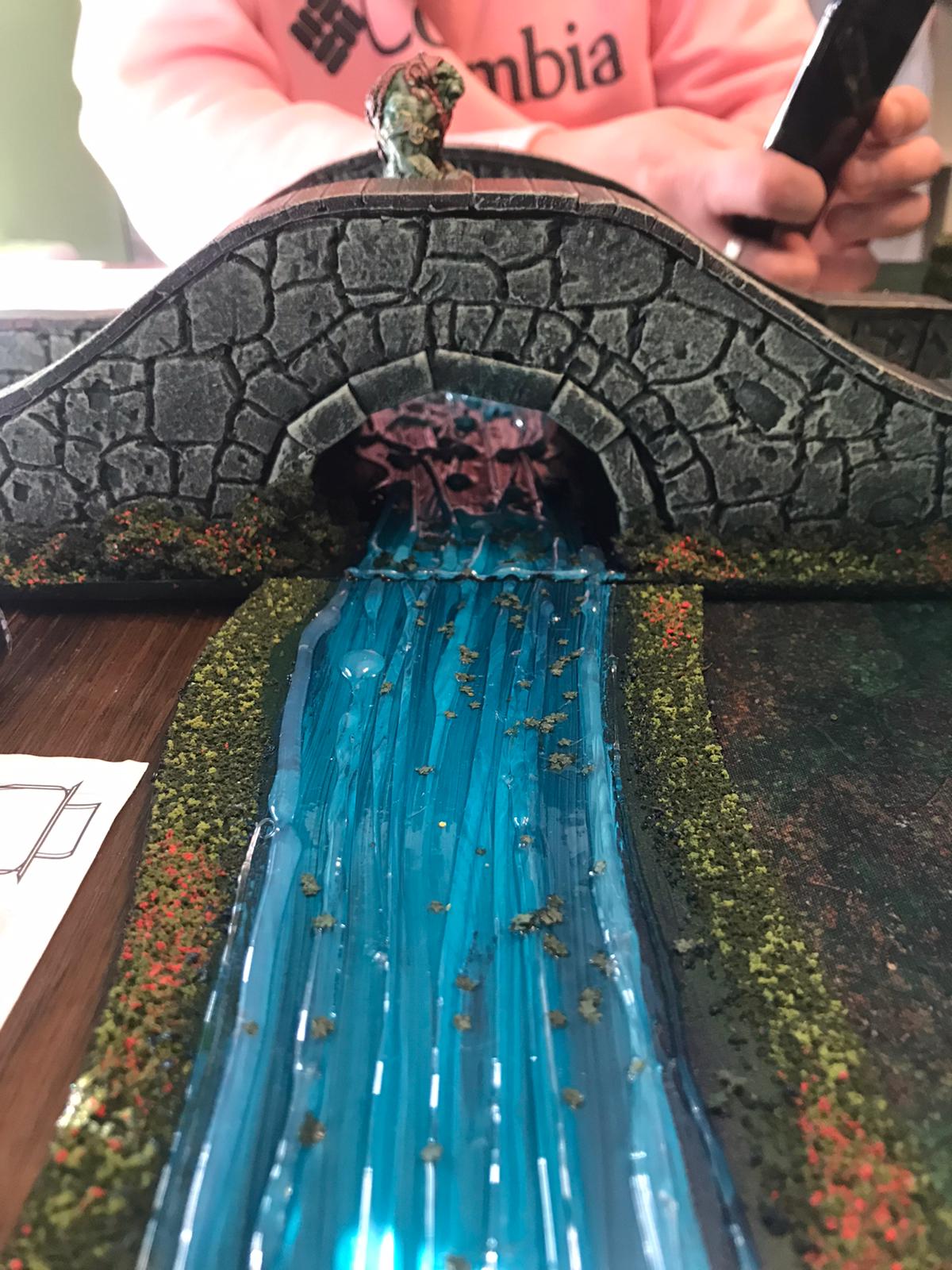 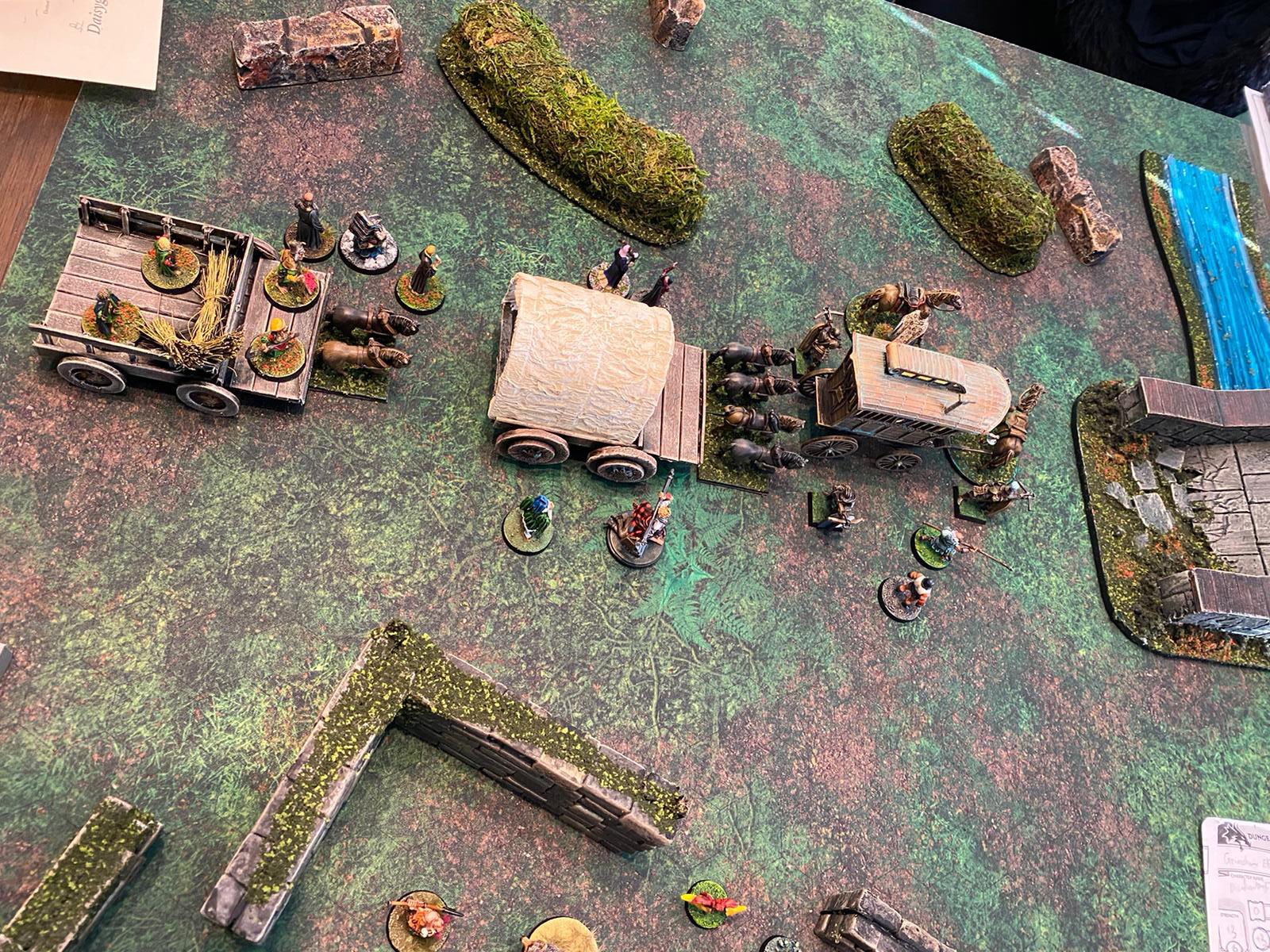 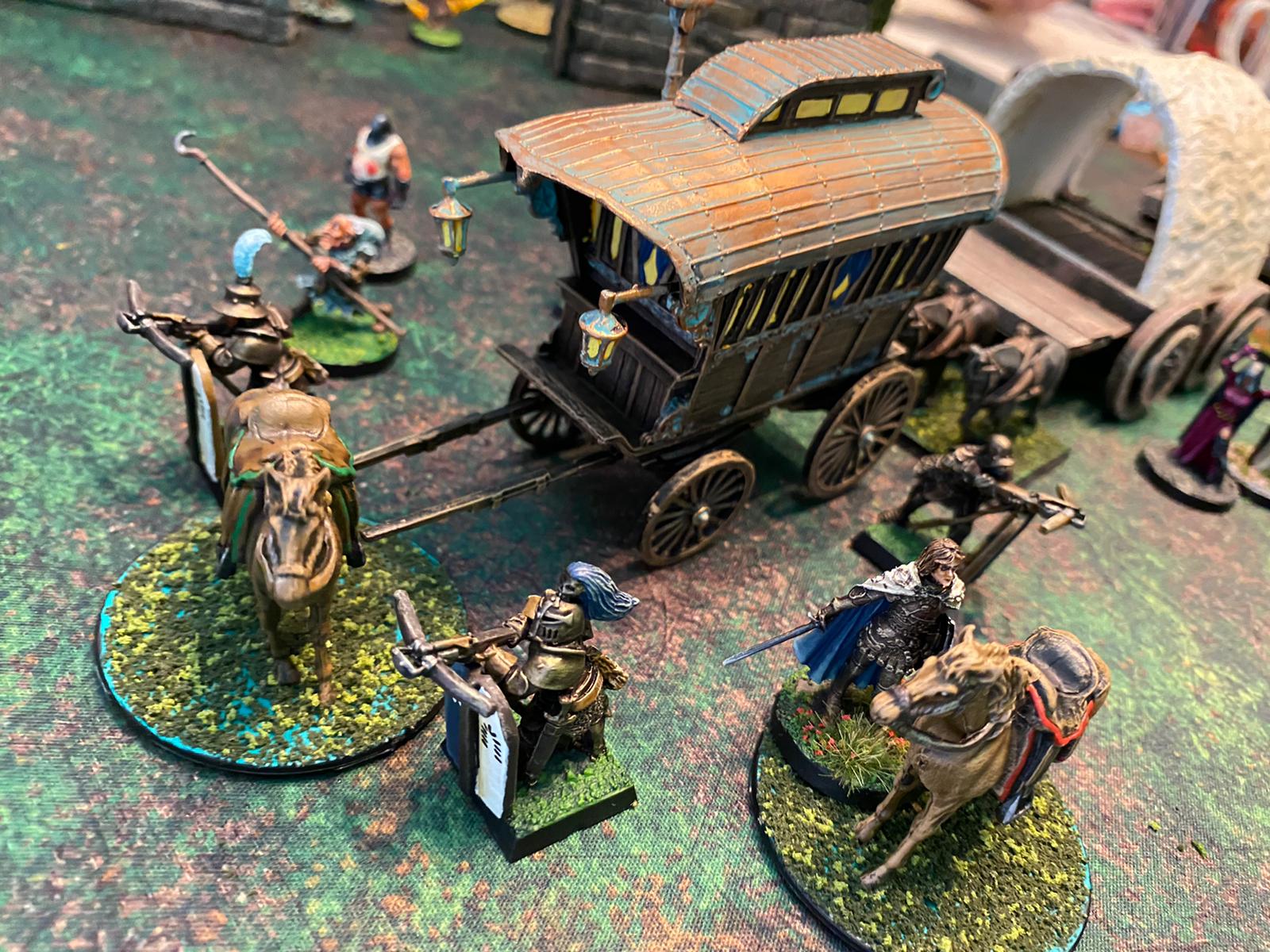 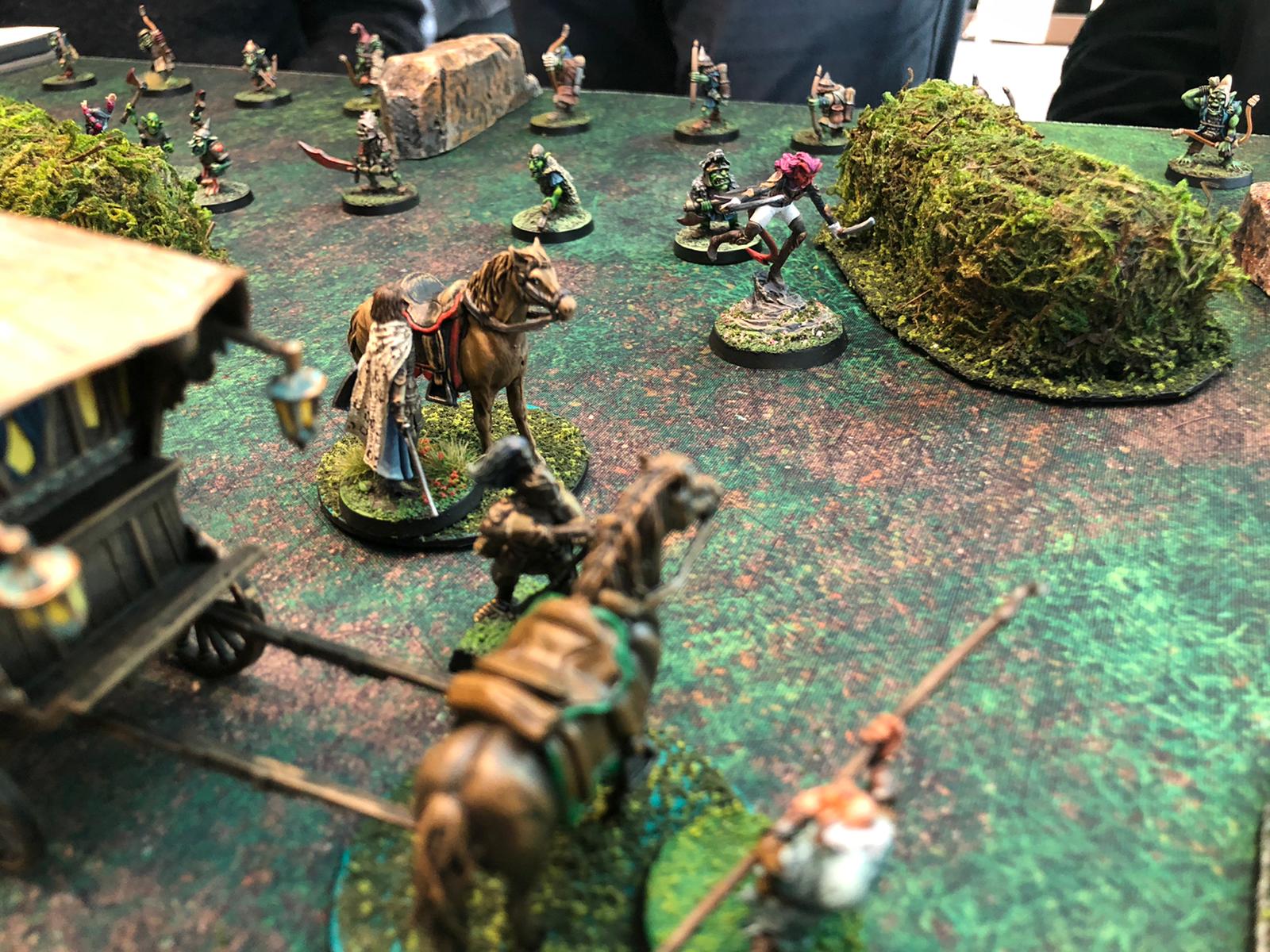 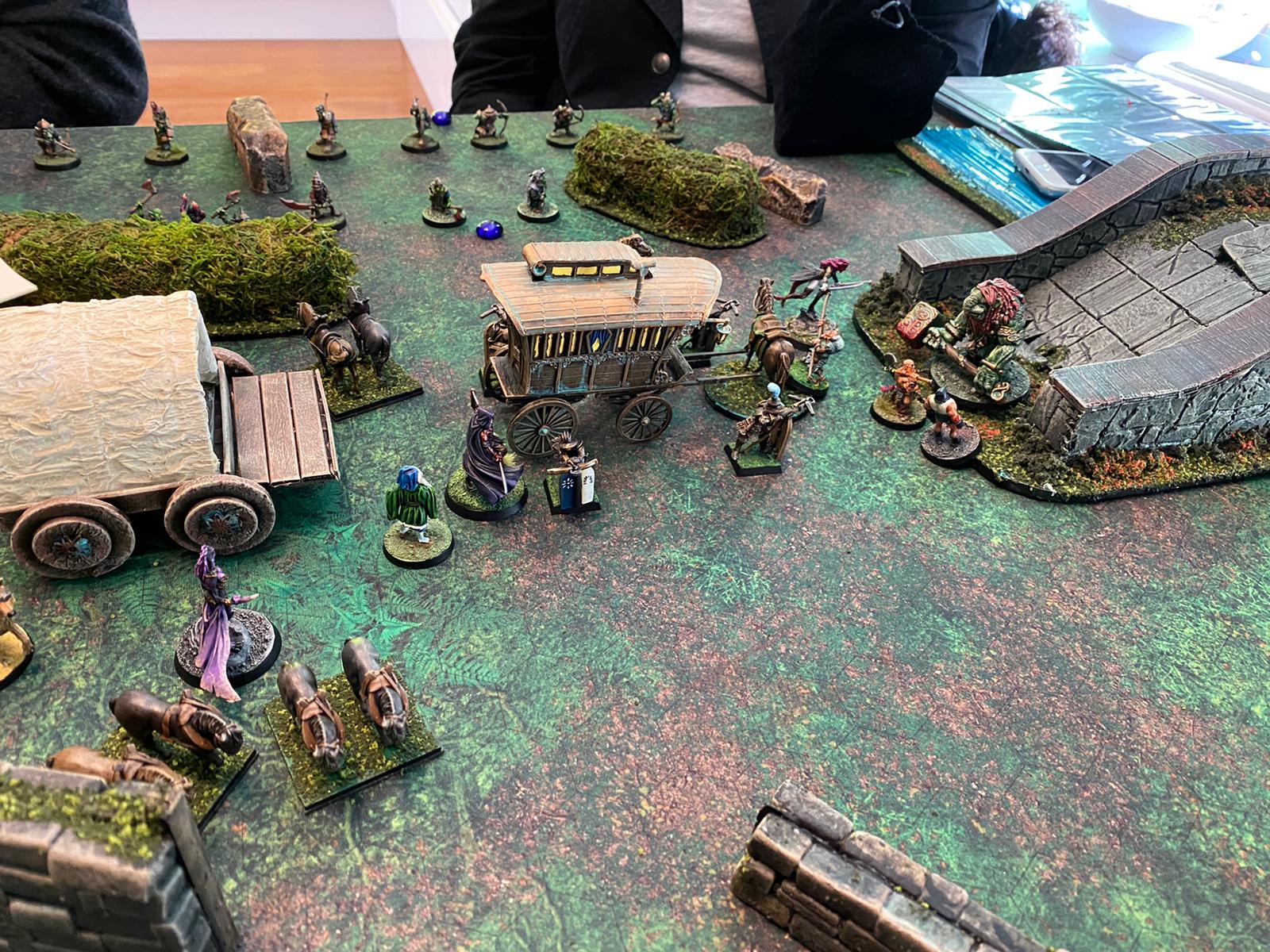 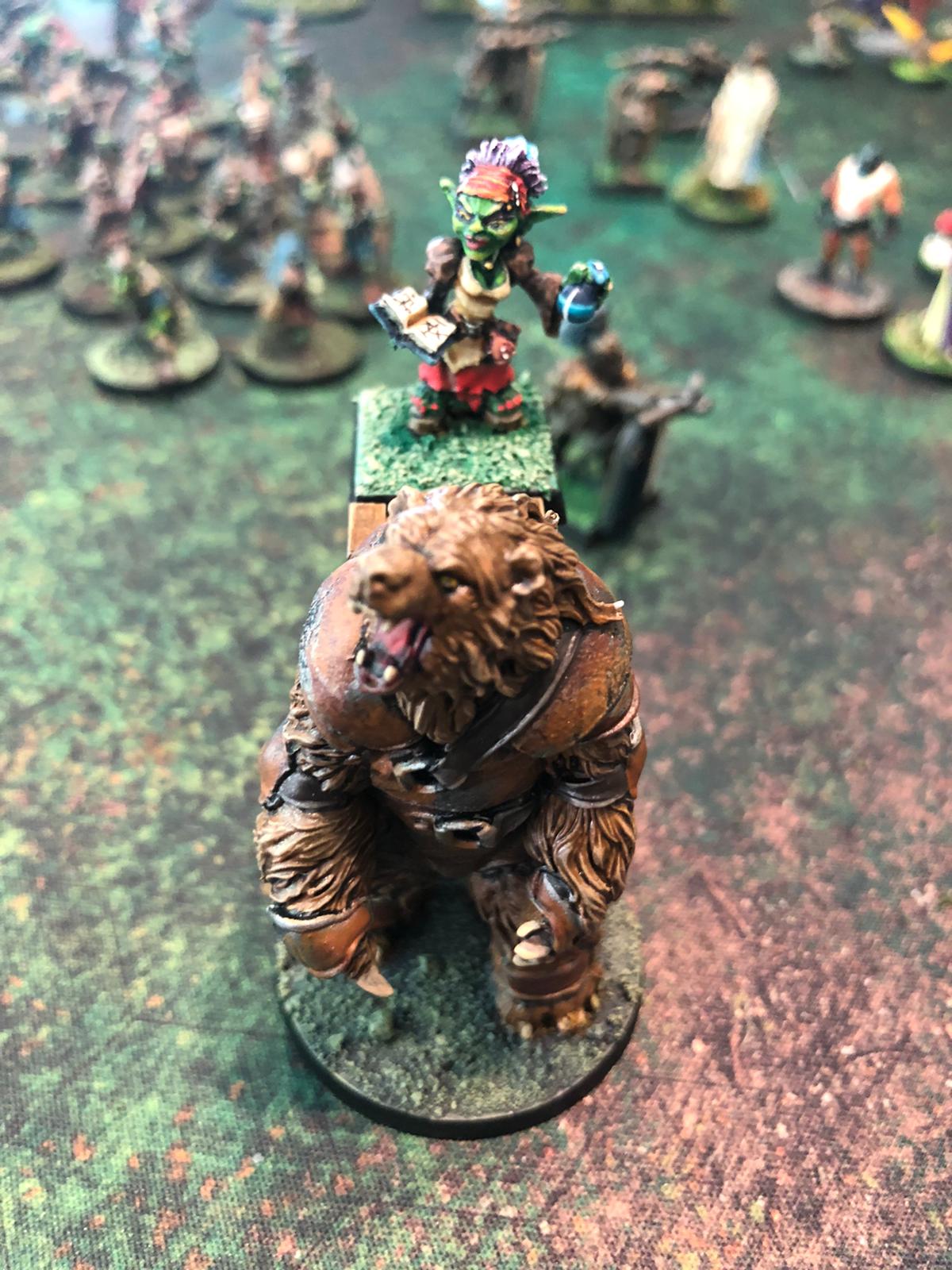 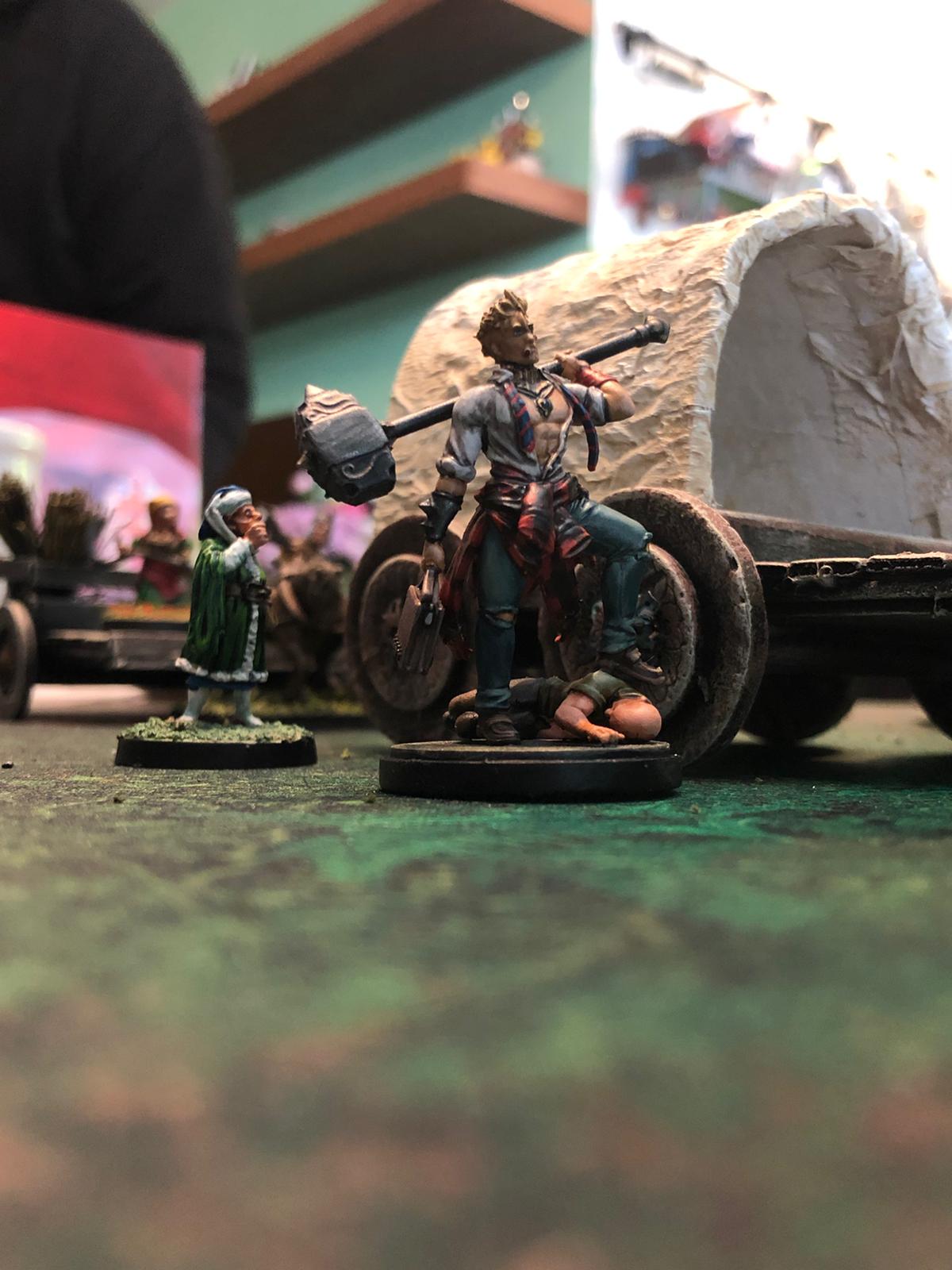 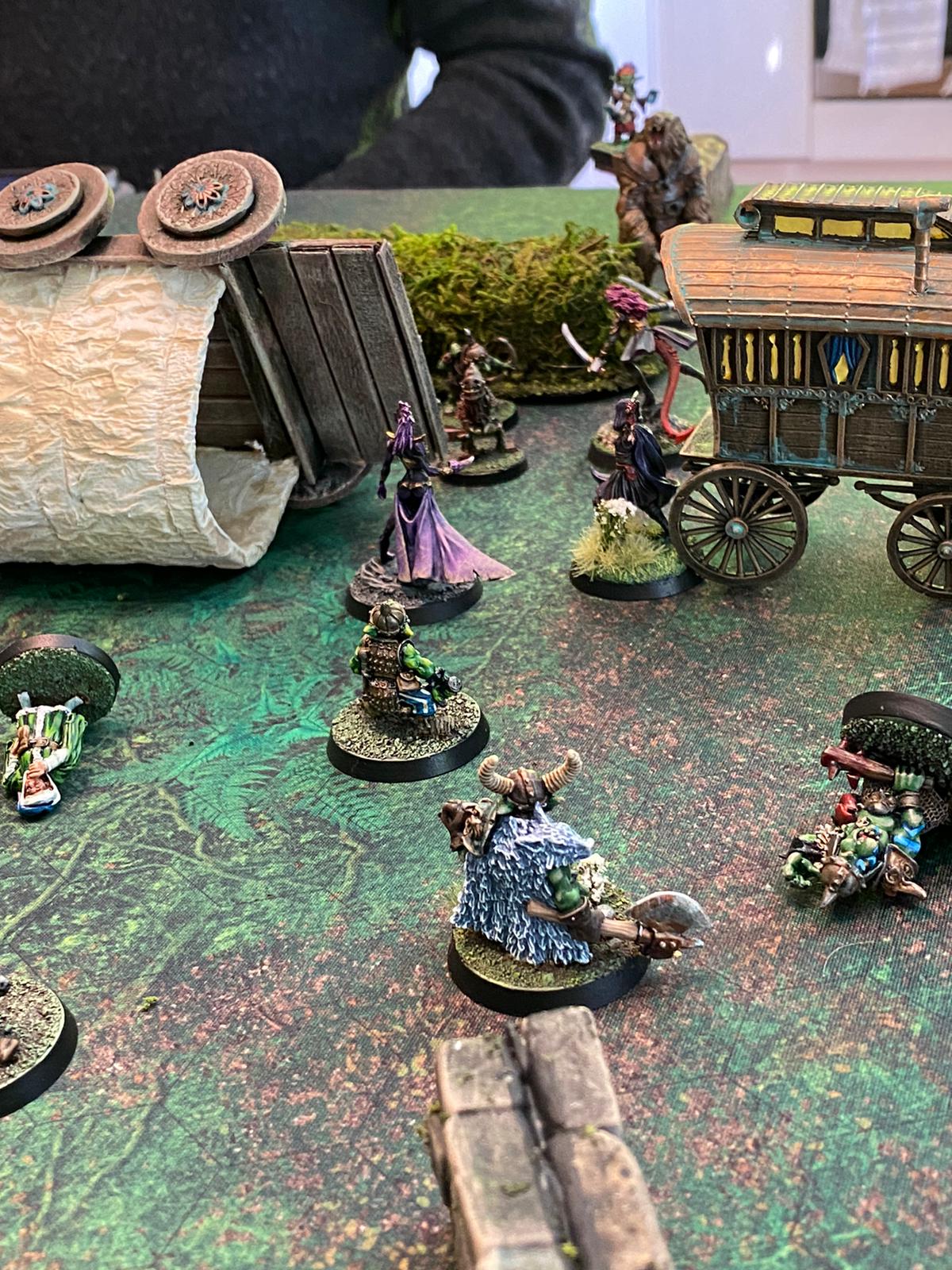 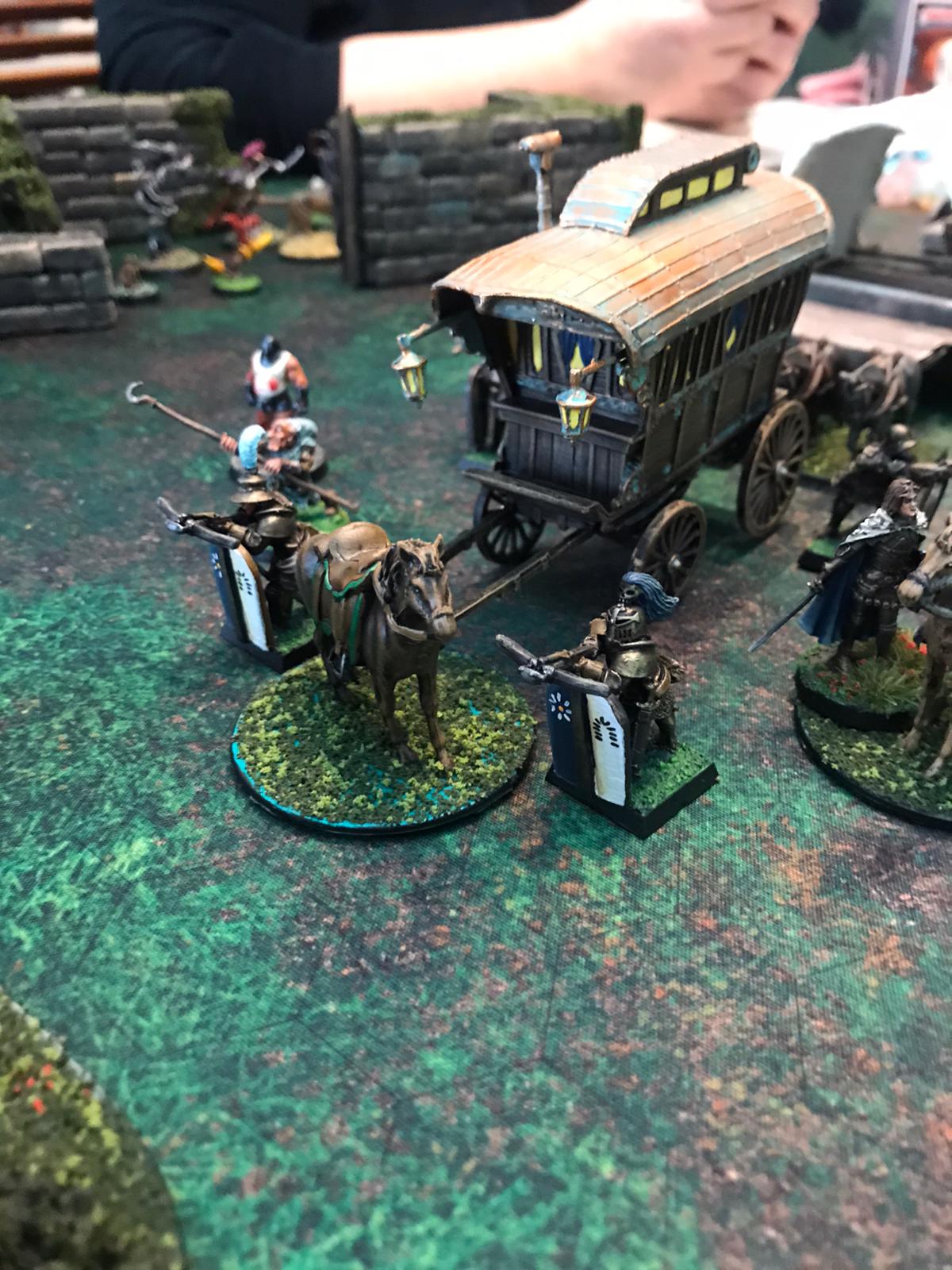 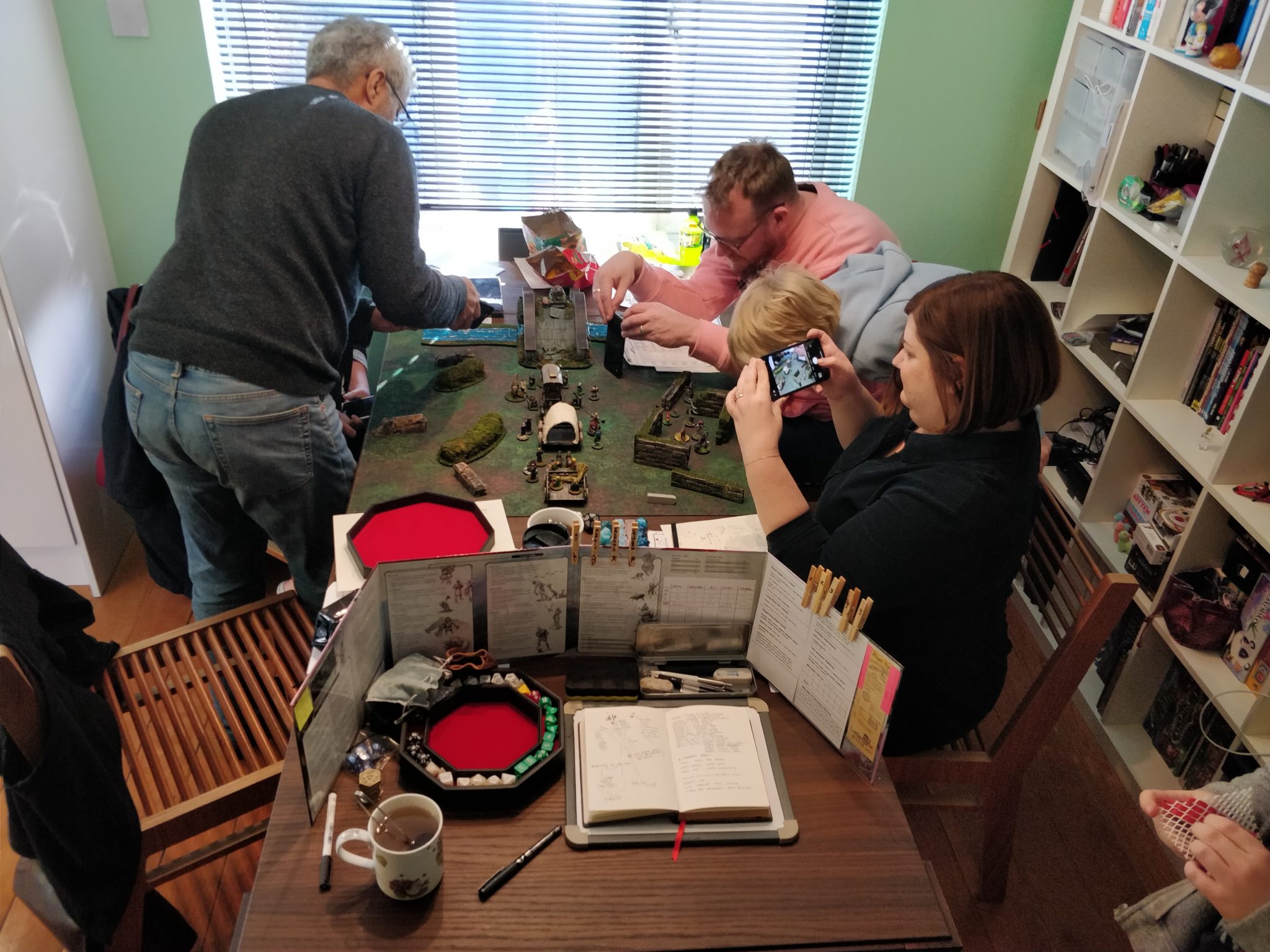 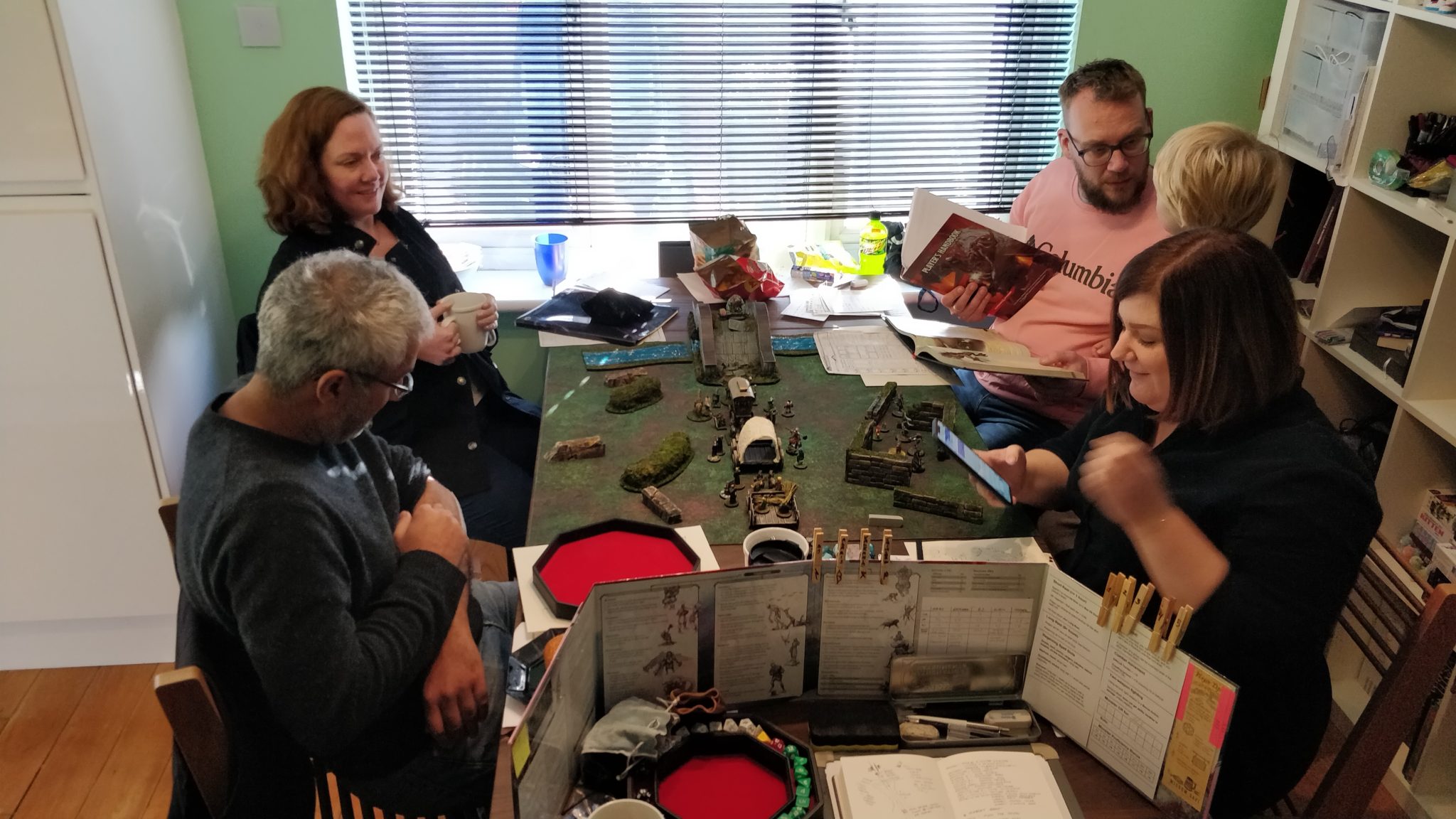