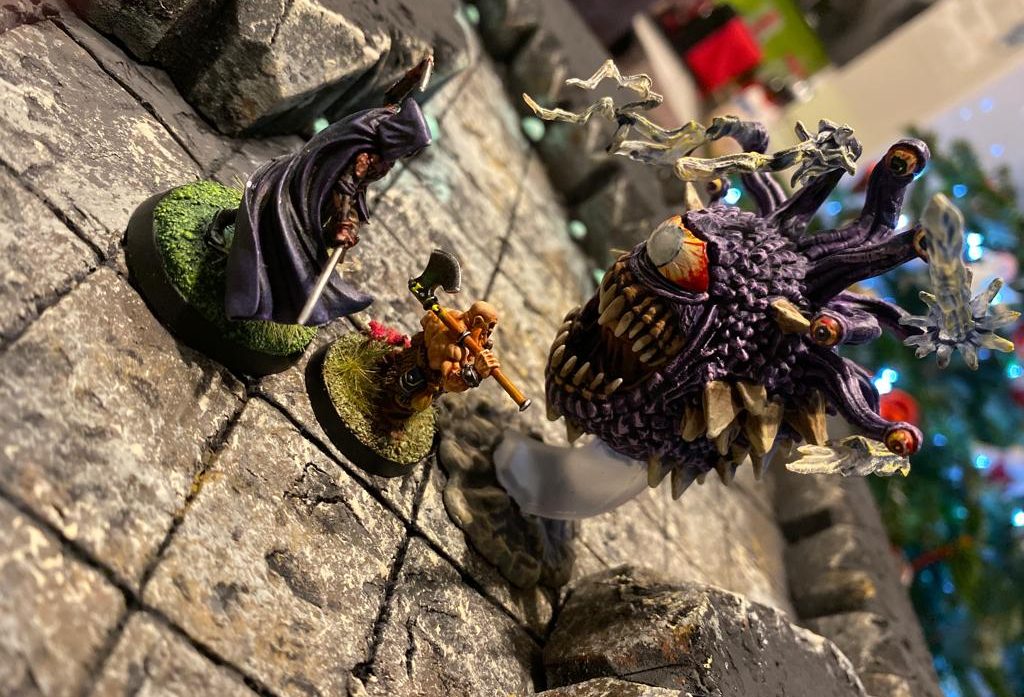 I’ve been listening to Mainframe 53 – Binary Agency on the Runehammer Patreon, which I highly recommend you join if you are a Dungeon Master.

I agree with Hankerin’s philosophy of only preparing one game session at a time to allow for the players action to influence how the story progresses, but his admission that he is sometimes struggling to stick to it made me think about how I actually do it, which I have captured below using our current campaign as example.

What is a workshop and what is workshop facilitation?

Workshop is a structured meeting process that can take from a couple of hours to a week.

The aim of a workshop is to tackle big strategic challenges or opportunities where there isn’t already an obvious answer.

Workshop facilitation is managing the process to get the most input and the best output. This is done be a divergent/ convergent method.

Applying this to running a D&D campaign: Setting the strategic challenge

When we started our current campaign almost 2 years ago (writing Nov 2019, we started in Feb 2018), it was designed to be a oneshot to introduce a bunch of people to Dungeons & Dragons.

Even so, I did had a strategic challenge in mind:

A beholder who thought it was the only entity in the world, learned of the material plane. Curiosity made it adopt (steal) a set of triplets, three girls that it raised as daughters.

While the girls grew up happily, the paranoid nature drove the beholder to suspect the women were planning to kill it. One morning the beholder woke up, its centre eye blinded by a curse.

Enraged the beholder realised the only way to break the curse was to kill the person who had put the curse on it. Suspecting his daughters, he turned killed them and turned them into three undead creatures.

This, however as this did not break the curse, the beholder killed all close allies and foes. The curse remained. So the beholder declared all life a crime and plotted a plane-wide genocide.

The truth is, the dreams of beholders are powerful and in fact its paranoid dreams curse itself!

As a DM you have two choices here: You can either tell the players what the strategic challenges is, or not. I chose not to disclose it as beholders like to work in secrecy. The interface to the campaign for the players have been the war between the undead triplets… which has all been to gather weapons powerful enough to take revenge upon their surrogate father, the beholder.

Diverging and converging at strategic level

Giving people full freedom results in paralysis. As a facilitator, you need to give them limitations and activities to get them going.

In the case of our campaign, I created a world where civilisation has grouped into 7 massive cities known as the 7 Omnitropolis.
In terms of details of the Omnitropolis, I wrote a couple of paragraphs for each. That’s all.

This formed the frame for choice. Where would the players converge to? 2 years on, we have been to two of these: The Dwarven mountain Omnitropolis with dwarves living above ground and Duergar living below. And the elven twin Omnitropolis with high elves and dark elves living in each half (this one has been pulled together to a single omnitroplis due to a disaster happening when the players fought the first of the triplets).

And I created the original adventure to form a starting point and an enduring villain (the first of the triplets).

Diverging and converging at tactical level

If you are familiar with the Double Diamond design method, you can hopefully see where this is going.

The second frame for diverging is the individual gaming sessions. Each gaming session has a challenge, and assets in the story and player choices help the diverging and converging to happen.

It is important to note that I never plan a solution for any encounter. It is for the players to find a solution. By making this conscious choice, the game truly is in the hands of the players and it has led to some fantastic adventures I could never have dreamt up myself, such as the Escape from the Dragon’s Lair game, which is probably my favourite of the whole campaign so far. I never planned that encounter. It happened through player choice (which effectively resulted in our first character death).

I will, however, help the players if they are stuck. This is where the facilitation comes into play: Can’t find a way to cross that chasm? Oh, the ground suddenly shock and look, a stalagmite just fell down. It can be used as a bridge, if it wasn’t for that cave troll that just woke up nearby due to the earthquake.

I hope you can see how creating this overarching framework at a strategic, conceptual level help ground the whole campaign in a single story without locking player agency down.

Love to hear your feedback and let me know if you have any questions.