My first roleplaying game in 20 years has come and gone.

It is also my first time being a Dungeon Master in 20 years and first time playing Dungeons & Dragons since 1989!

And it went well judging on the reaction of the players:

It has been slightly daunting, but also great fun pulling a world and a one-shot adventure together called “Pure and Lost”, which was about saving a Unicorn from an evil Necromancer who wanted to use it in an unholy ritual to create a Nightmare.

I made the adventure with the potential to become a campaign if the game was successful. 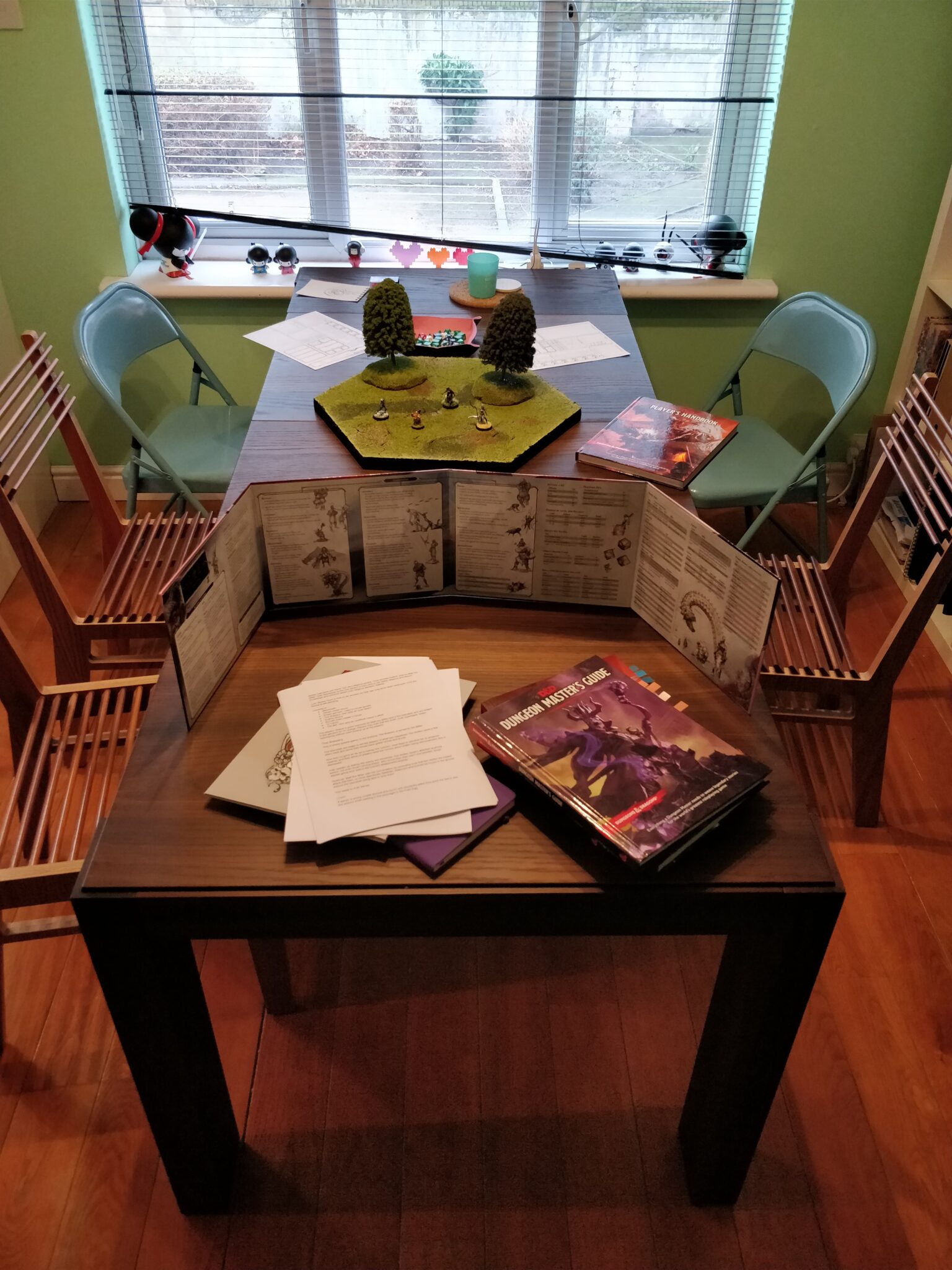 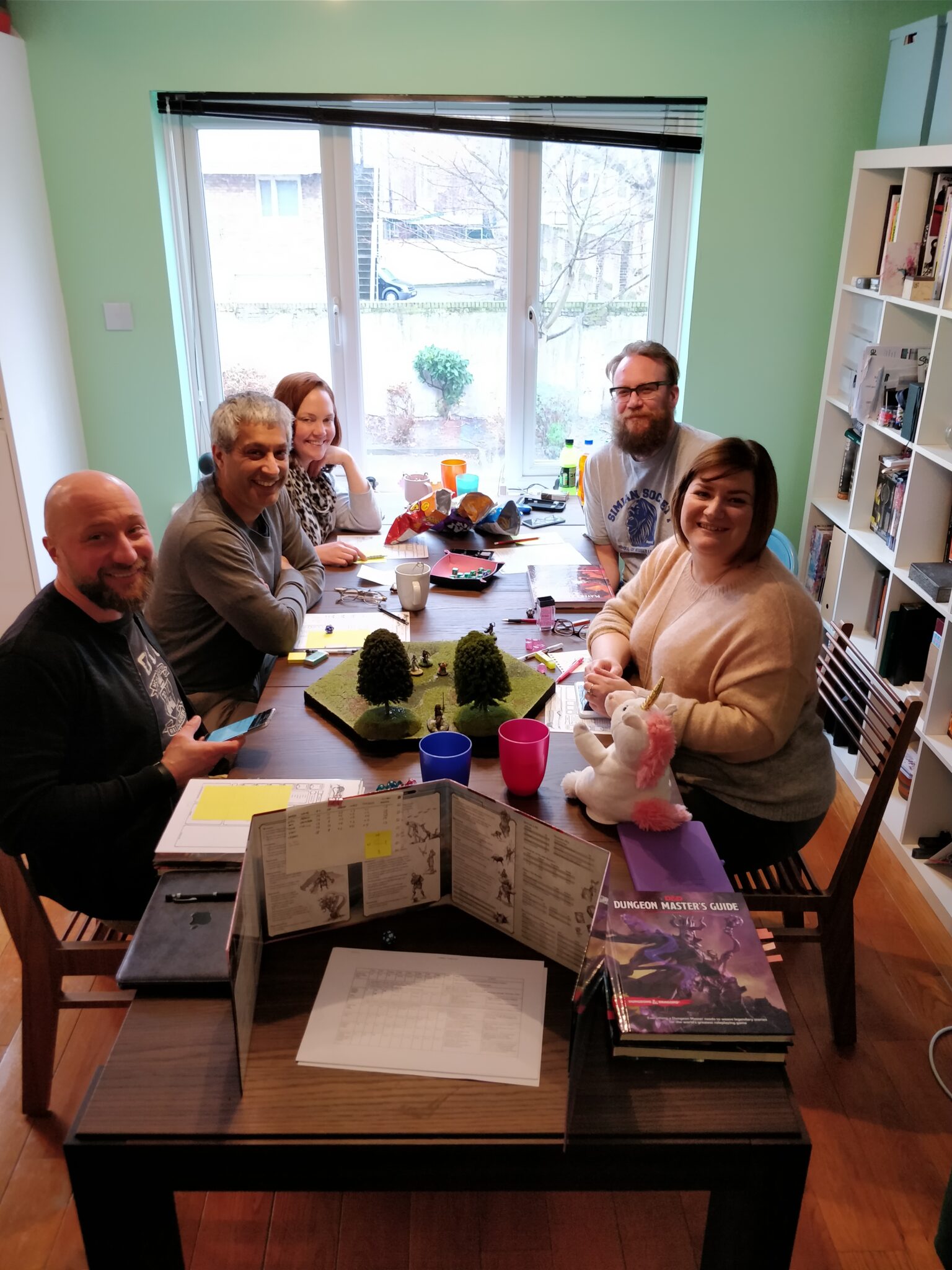 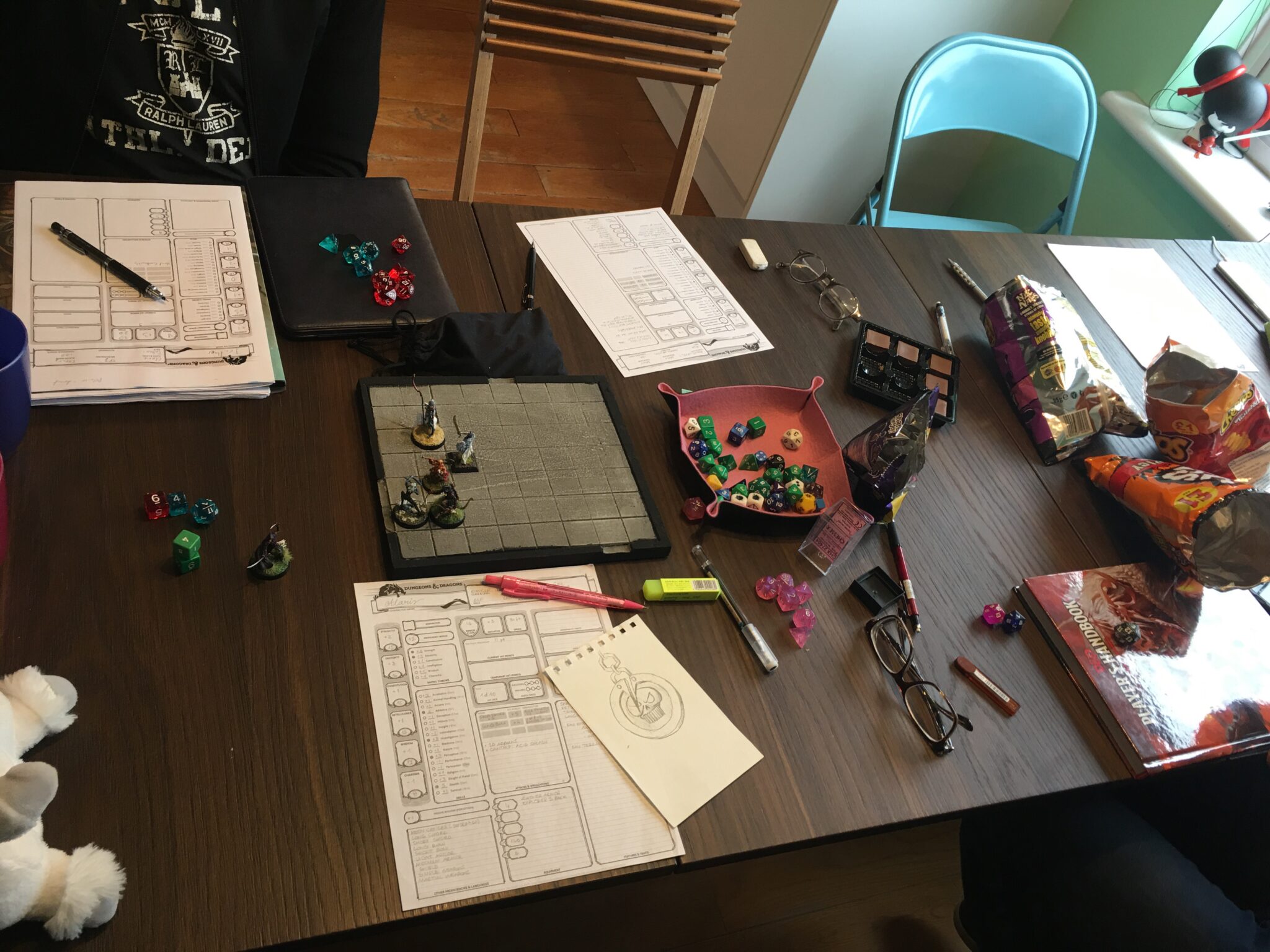 This is my go to structure for how the adventure unfolds. 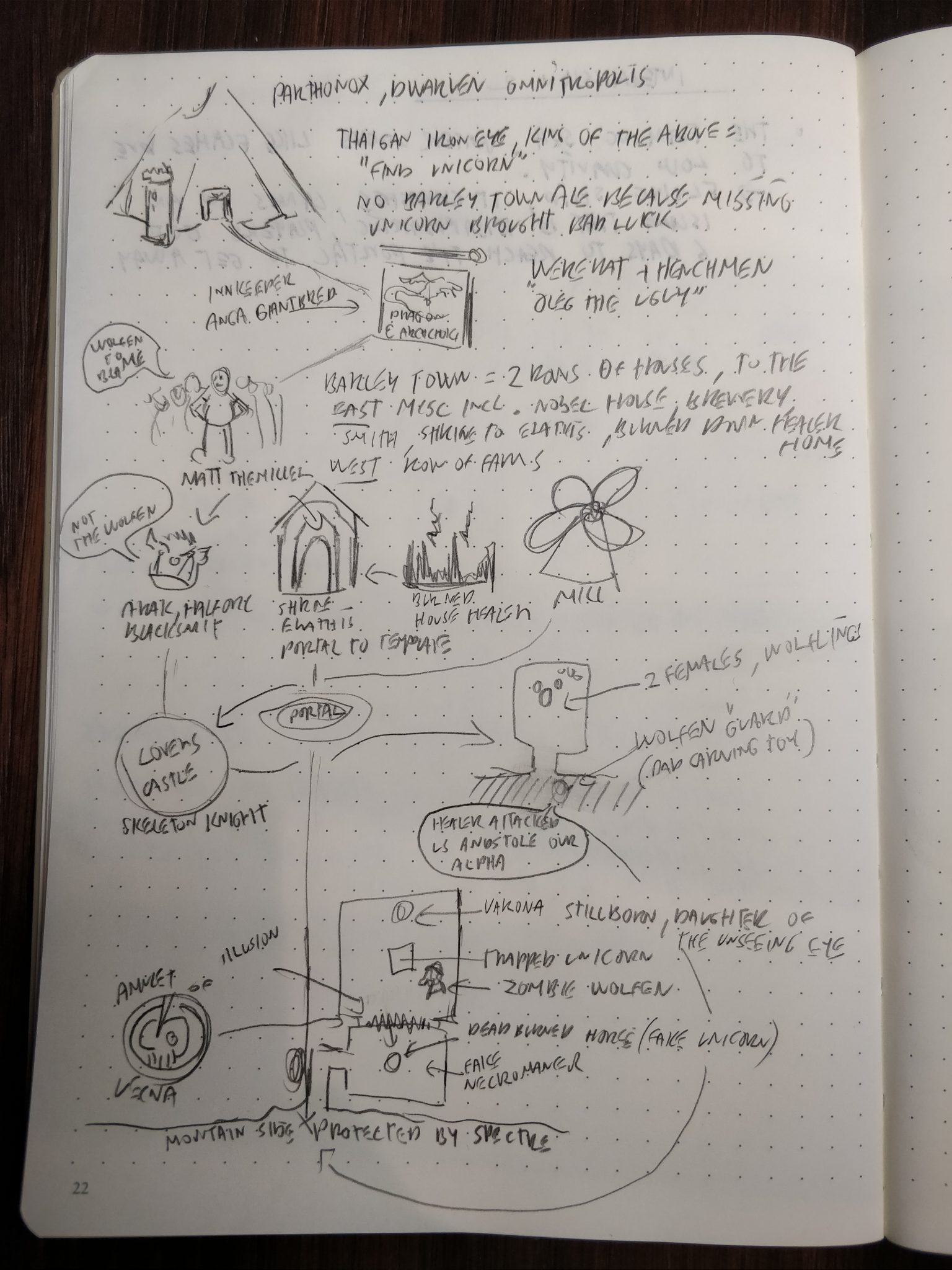 Thaigan Ironeye, Lord of Above, King of Parthonox the Dwarven Omnitropolis  (Zull Akgranar on the map. I changed the name), hired you to investigate what happened to the Ale from Barley Town. 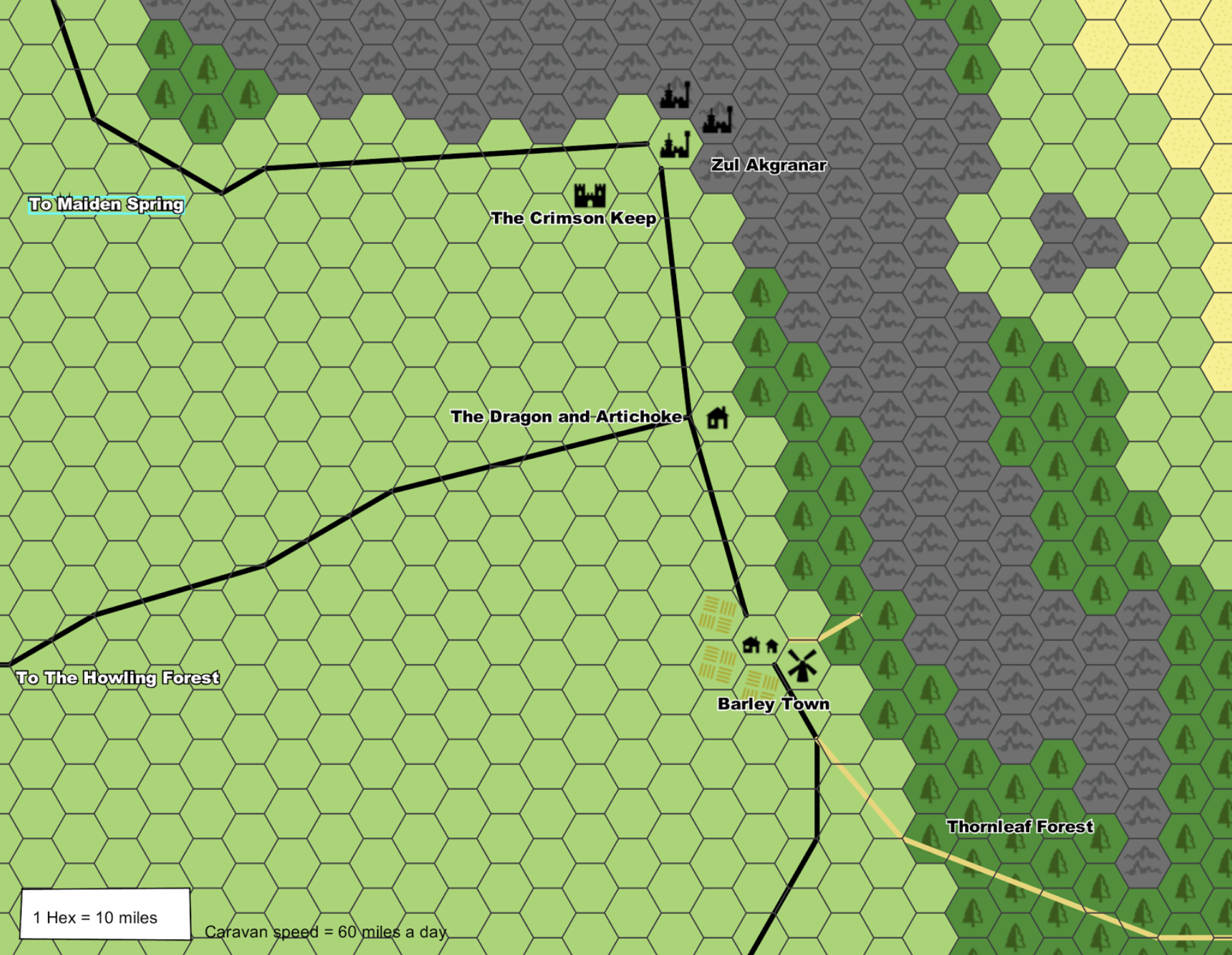 The party arrived in Barleytown. And learn an the inn “Dragon & Artichoke” that the local “good luck charm”, the Unicorn has disappeared.

A young couple reluctantly admitted they were the last to see the unicorn while bathing in the moonlight in the Fried Egg, a nearby lake.

The suspicion fell on the Wolfen, a clan of wolf people who normally keep to themselves. 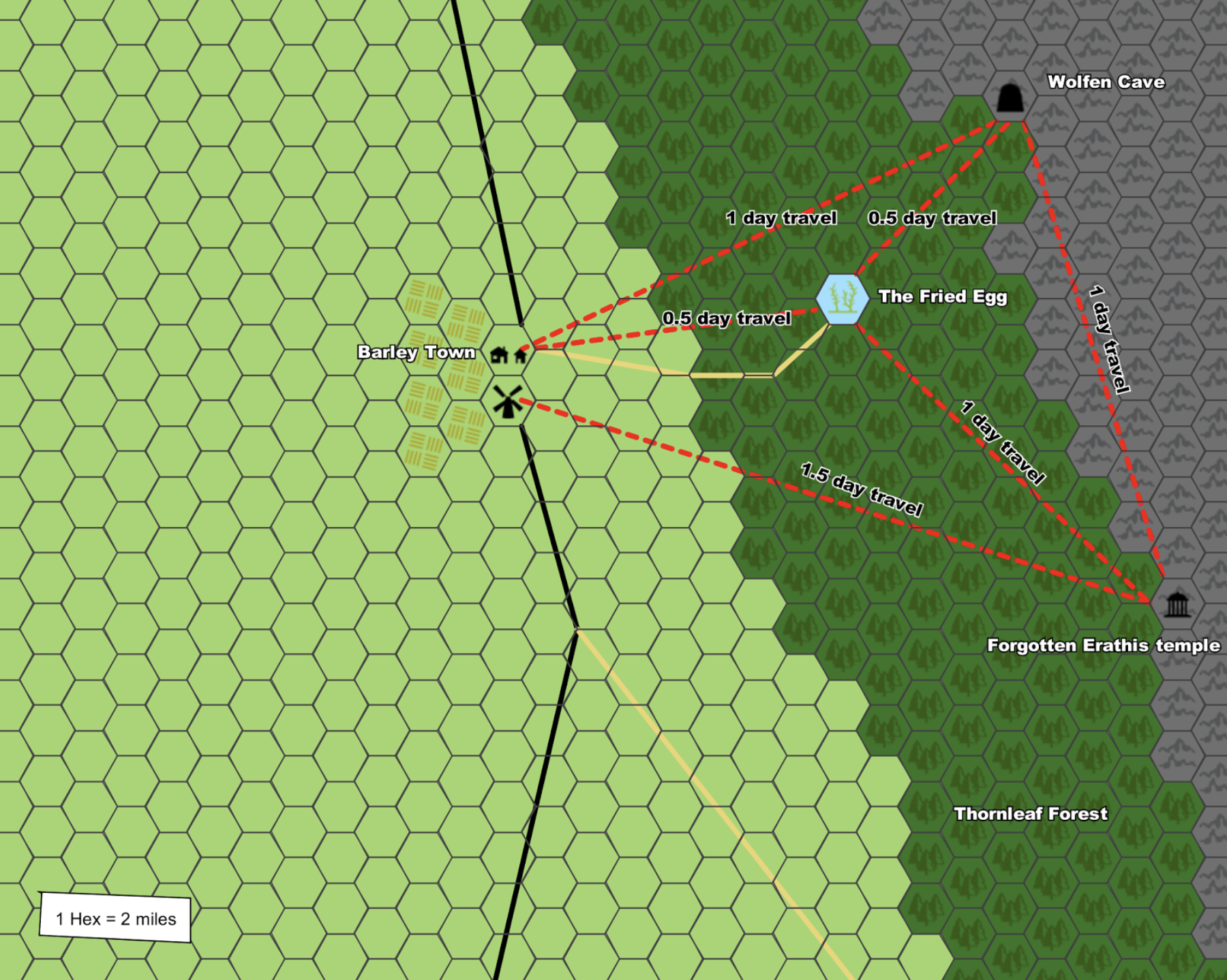 As you confront the Wolfen, you find them scared in a cave with their cubs preparing to leave these lands as they have faced attacks from undead and their Alpha has been abducted.

After a confrontation with an undead knight at The Fried Egg, the part follows the train to a long forgotten ruin of a temple to Erathis. 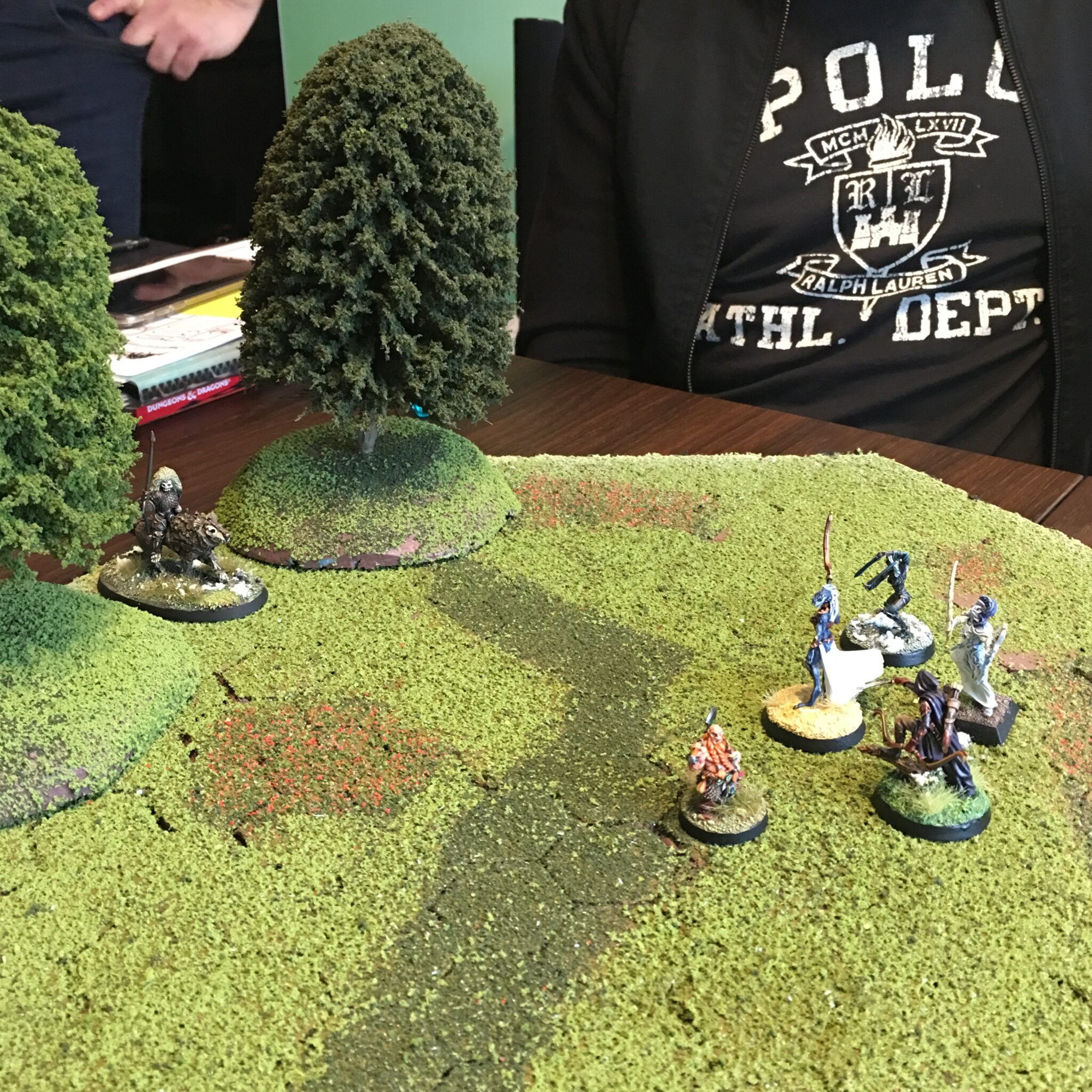 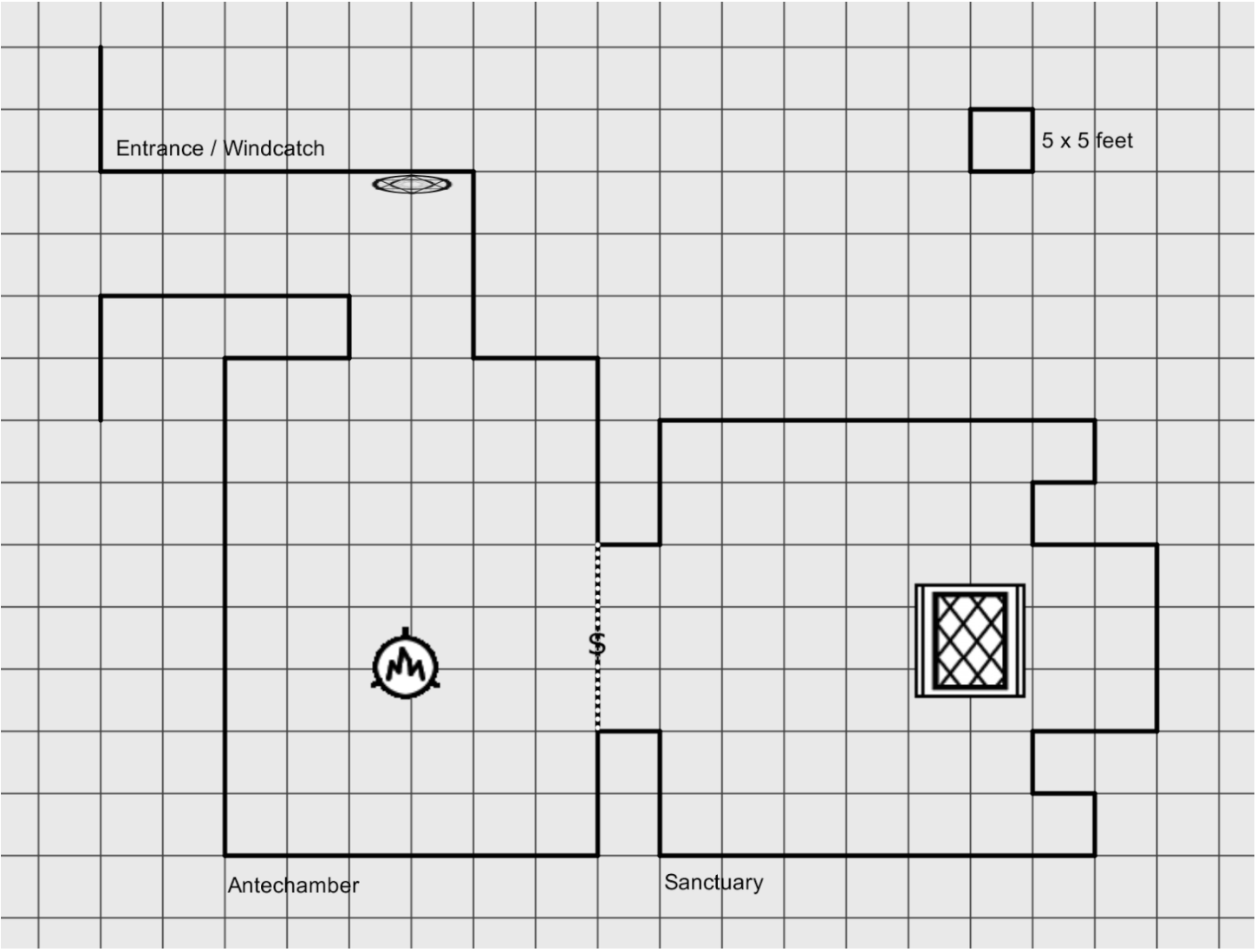 The party finds the ruin infested with undead and find the unicorn caged, guarded by a Wolfen Zombie.

It turns out the Necromancer Varona Stillborn, Daughter of the Unseeing Eye, is in the process of sacrificing the Unicorn to transform it into a Nightmare.

While the party is not strong enough to defeat Varona, who fled, they still managed to disrupt the ritual and bring the Unicorn (and the ale) back to its natural equilibrium. 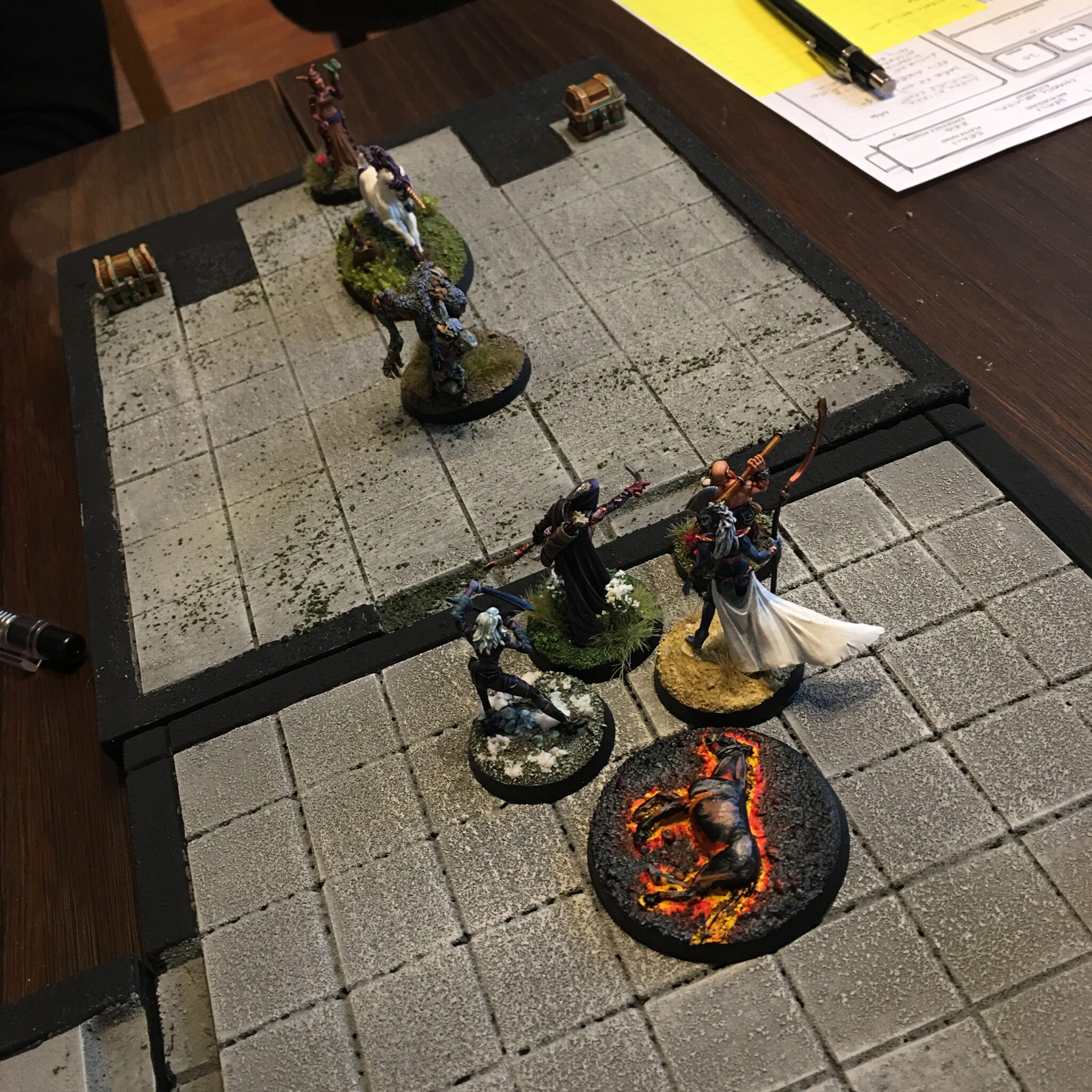 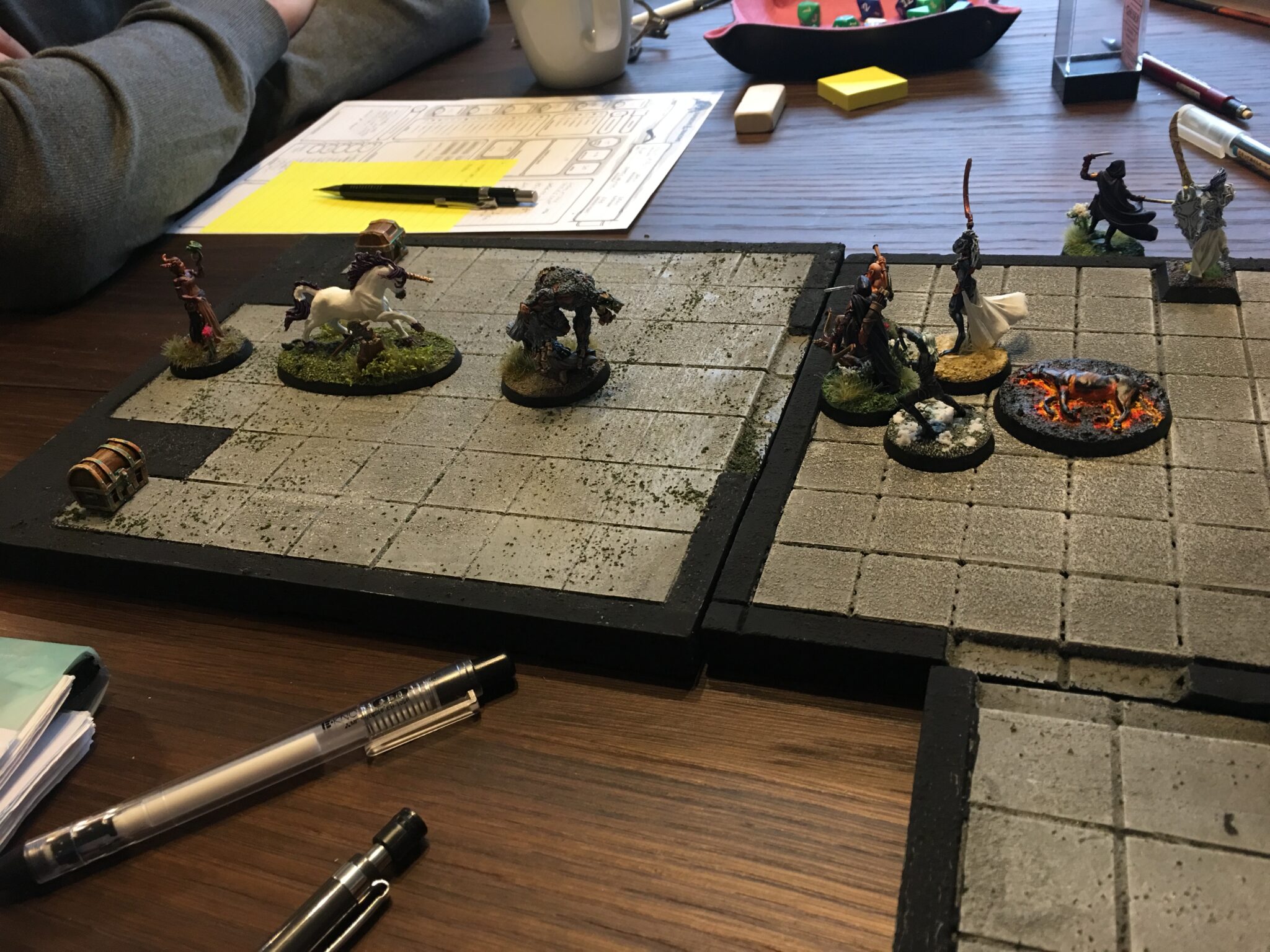 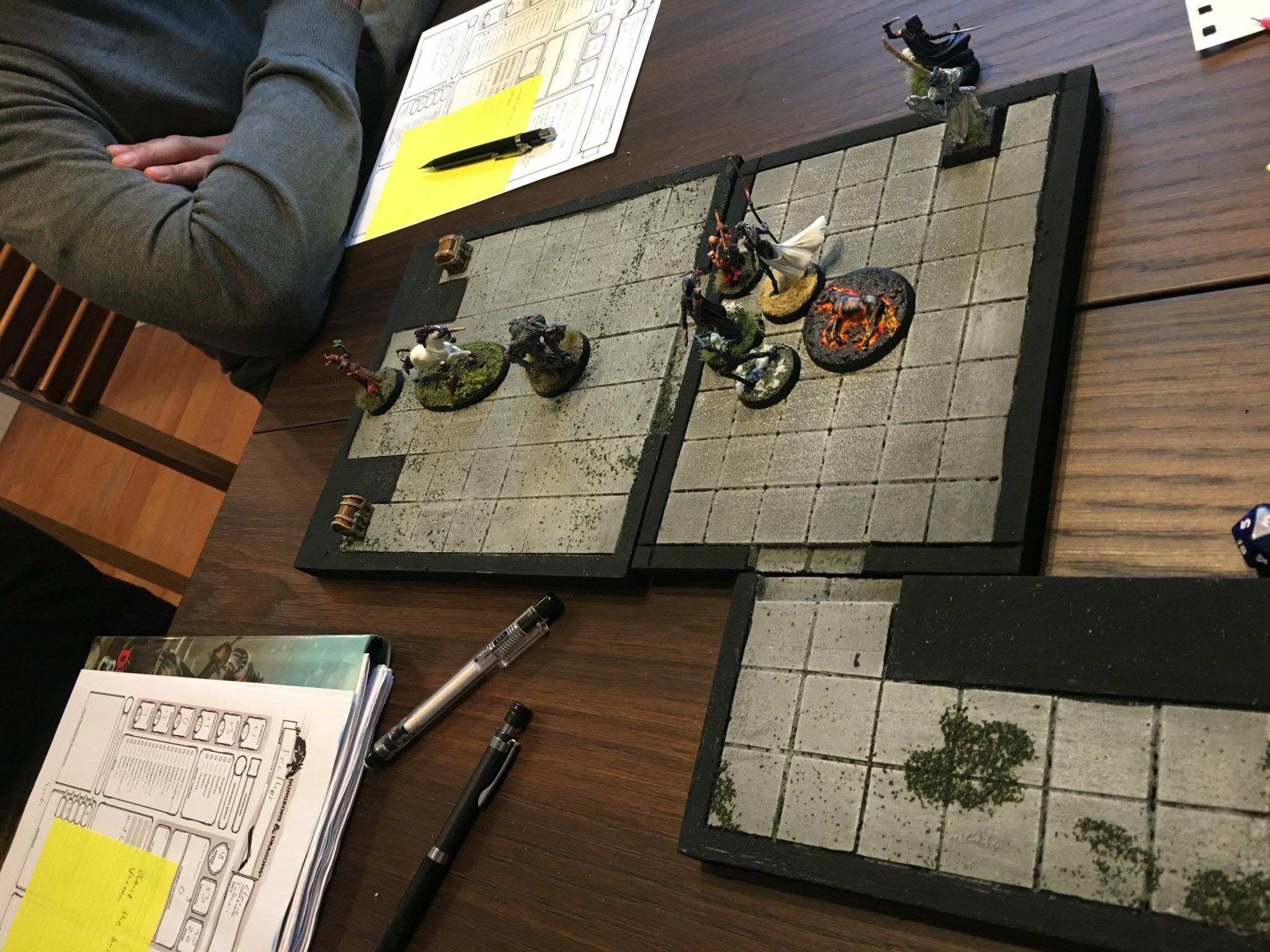 And so started a campaign that would last two years of fun play.

Here’s is a group shot of the actors from Chapter 1 of The War of the Triplets.