This Necromancer was the chief baddie in Chapter 1 of the Dungeons & Dragons campaign: War of the Triplets.

The first ever adventure I’ve created in decades, I could even say in this millinia, was based around a Unicorn my partner found at Leisure Games. And when I was looking to find a suitable adversary, I found this amazing Female Necromancer from Dark Sword Miniatures. And the rest of the first adventure took shape from there.

Obviously a Necromancer is way too tough a boss for a level 1 party, so the way it ended up working was, she was busy transforming the Unicorn to a Nightmare and the adventurers could distract her with attacks and she would just push them away with a force push.

The party still had to go through her Zombie Wolfen guardian, but once he was killed she would realise the party would keep distracting her and she would disappear.

I named her “Varona Stillborn, Daughter of the Unseeing Eye” and she now one of the arch-villains in a campaign revolving around three sisters fight to take their father’s place.

By accident I rubbed off some of the ink for her sheer top and it looks like it is old and ripped, which is perfect accident for a necromancer. 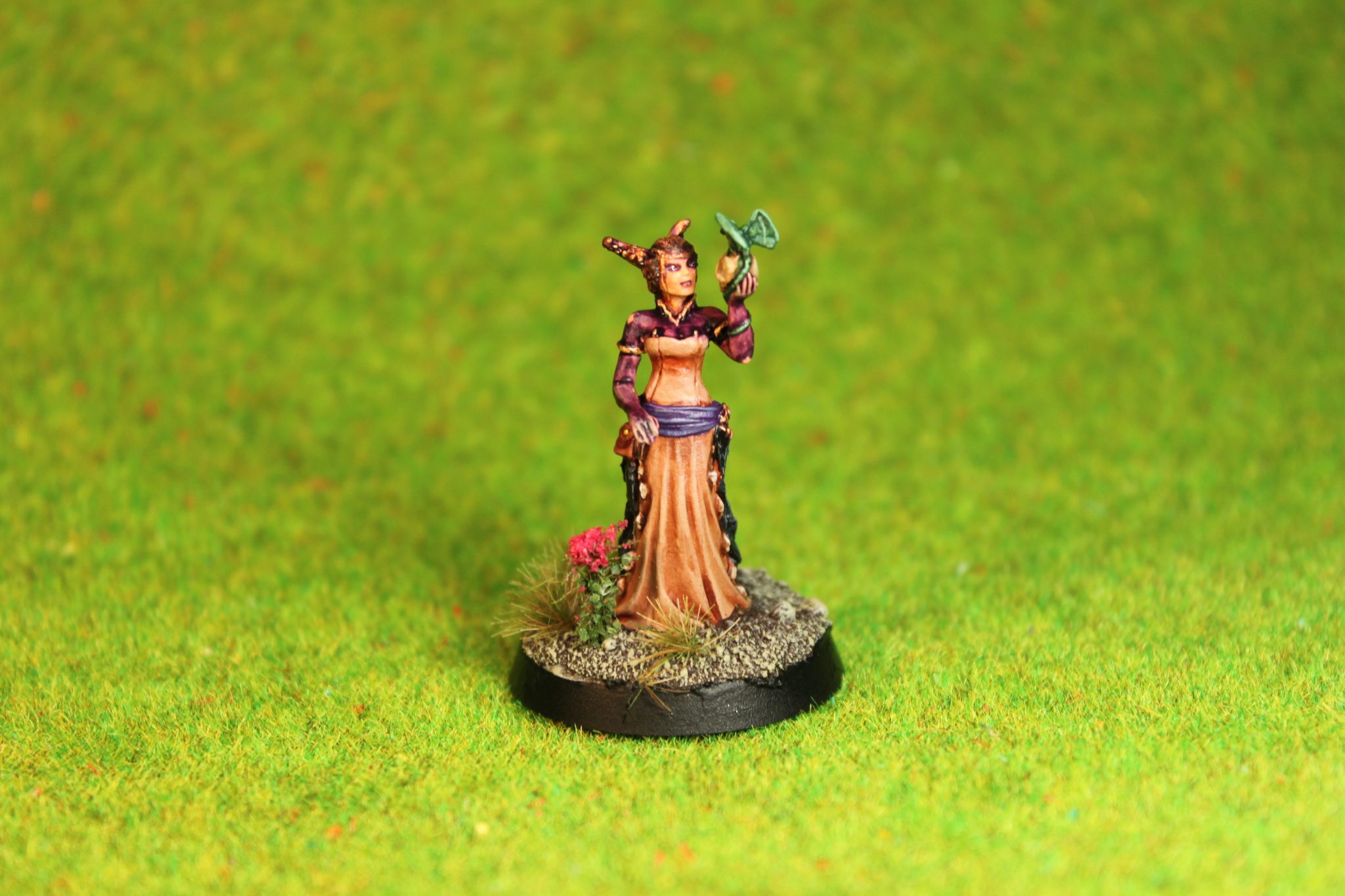 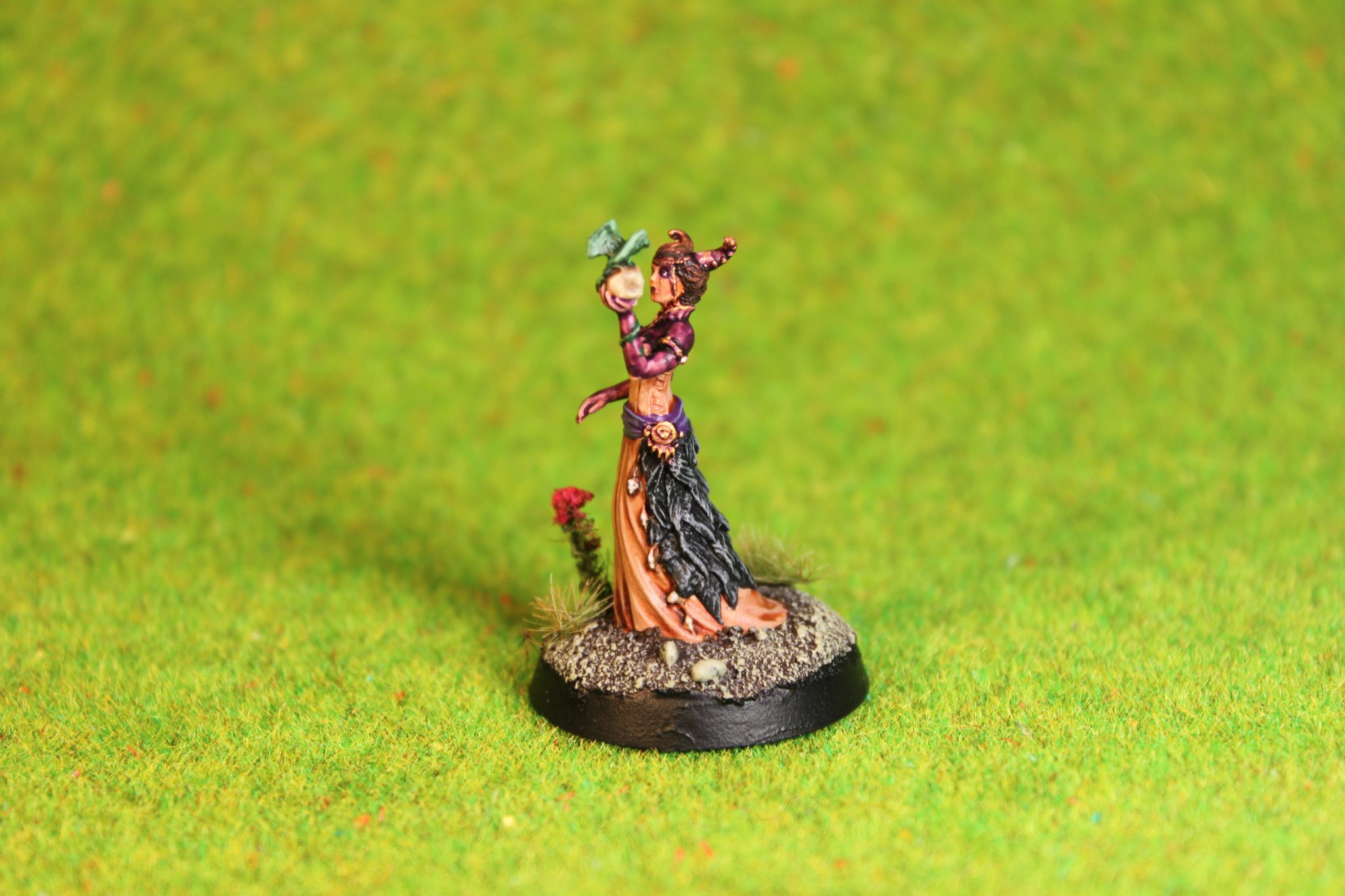 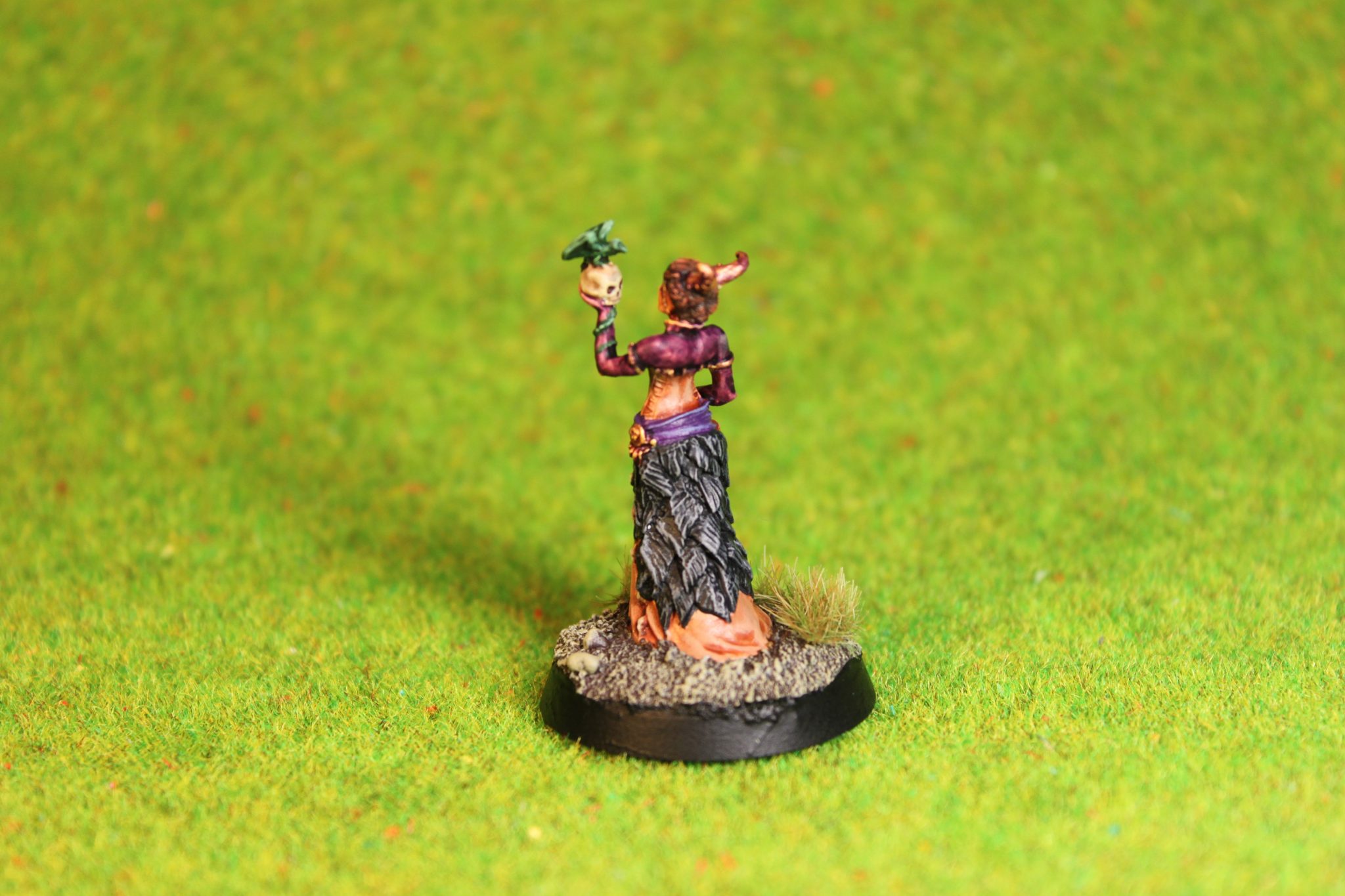 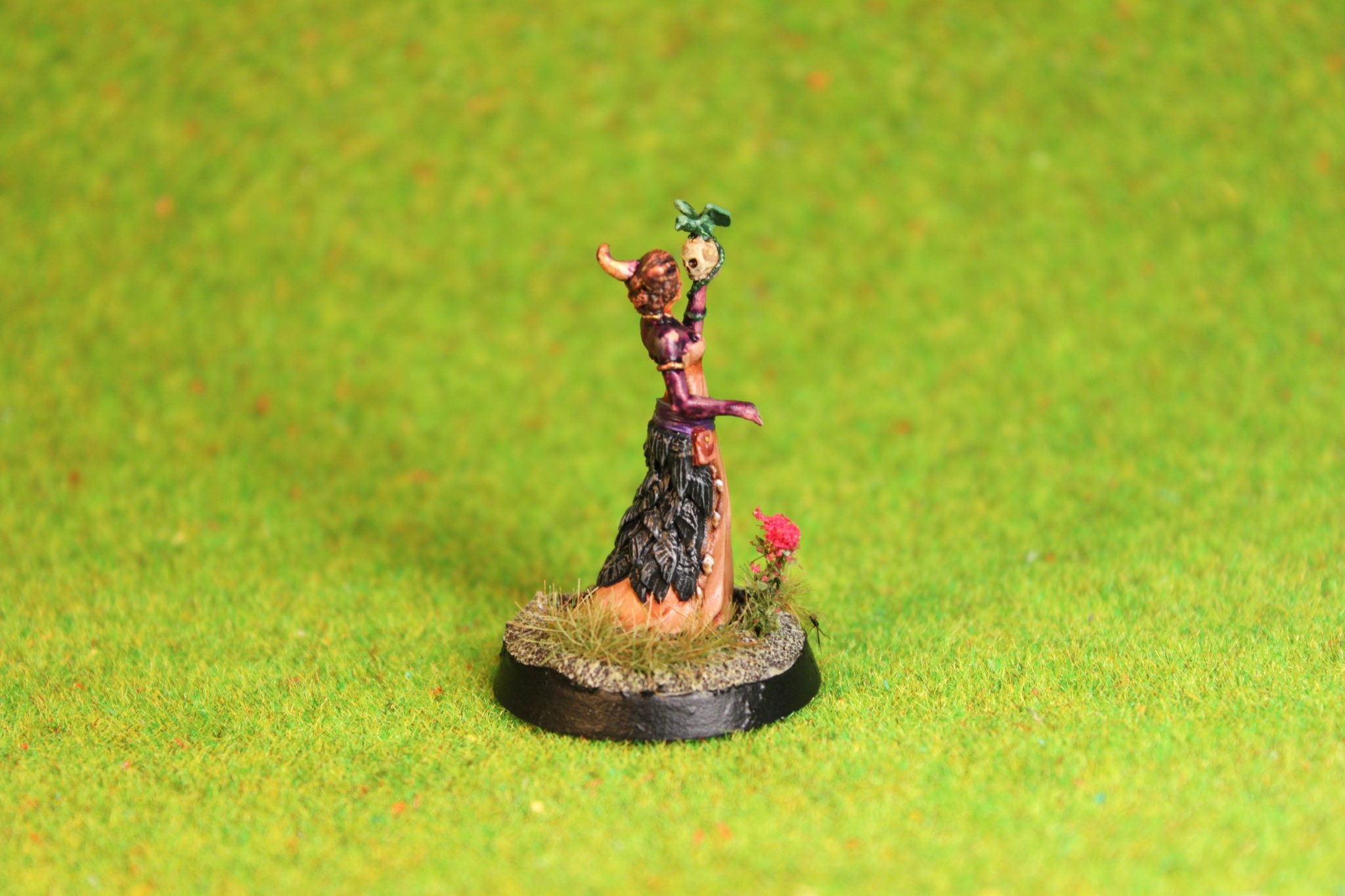 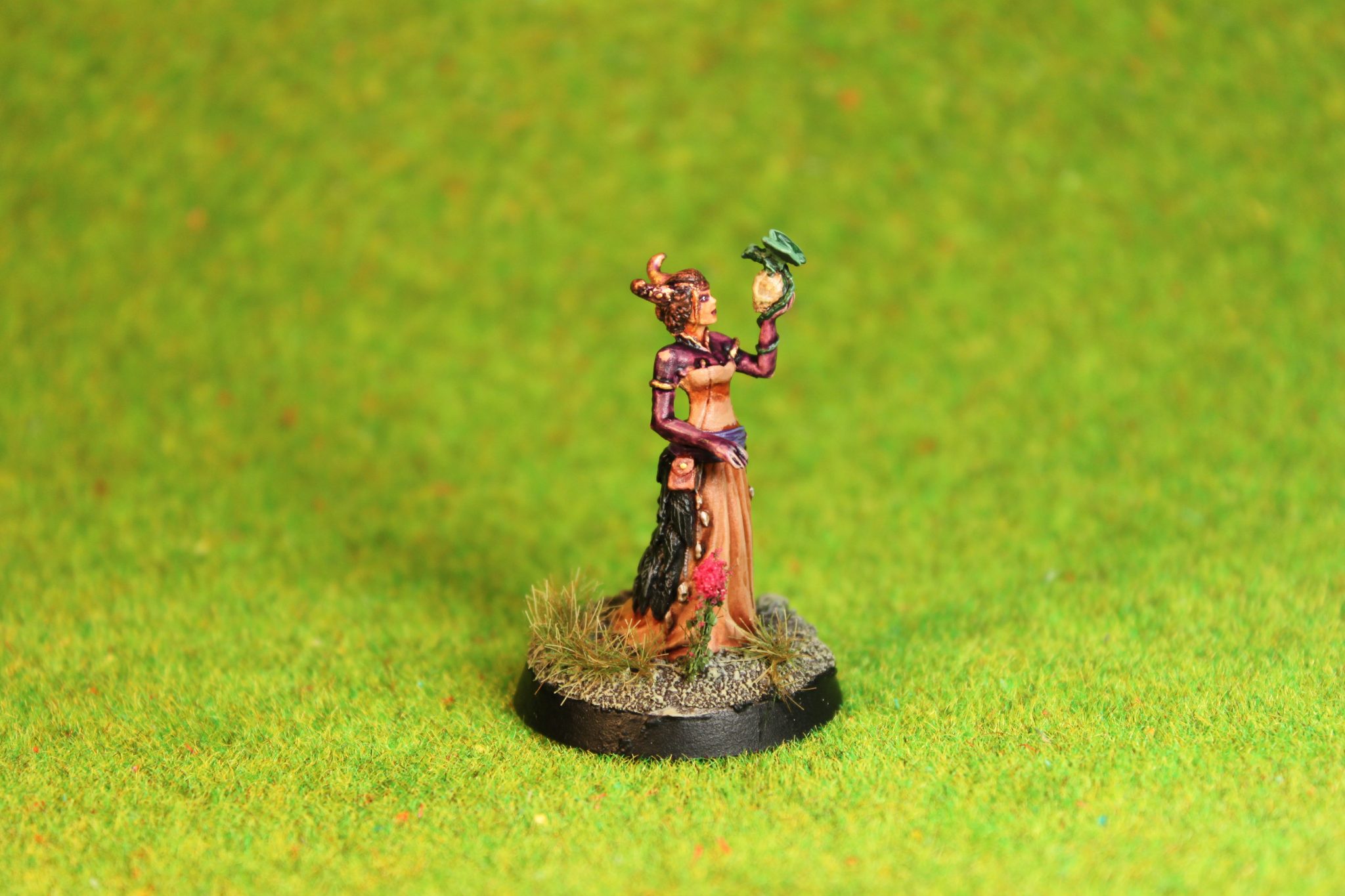 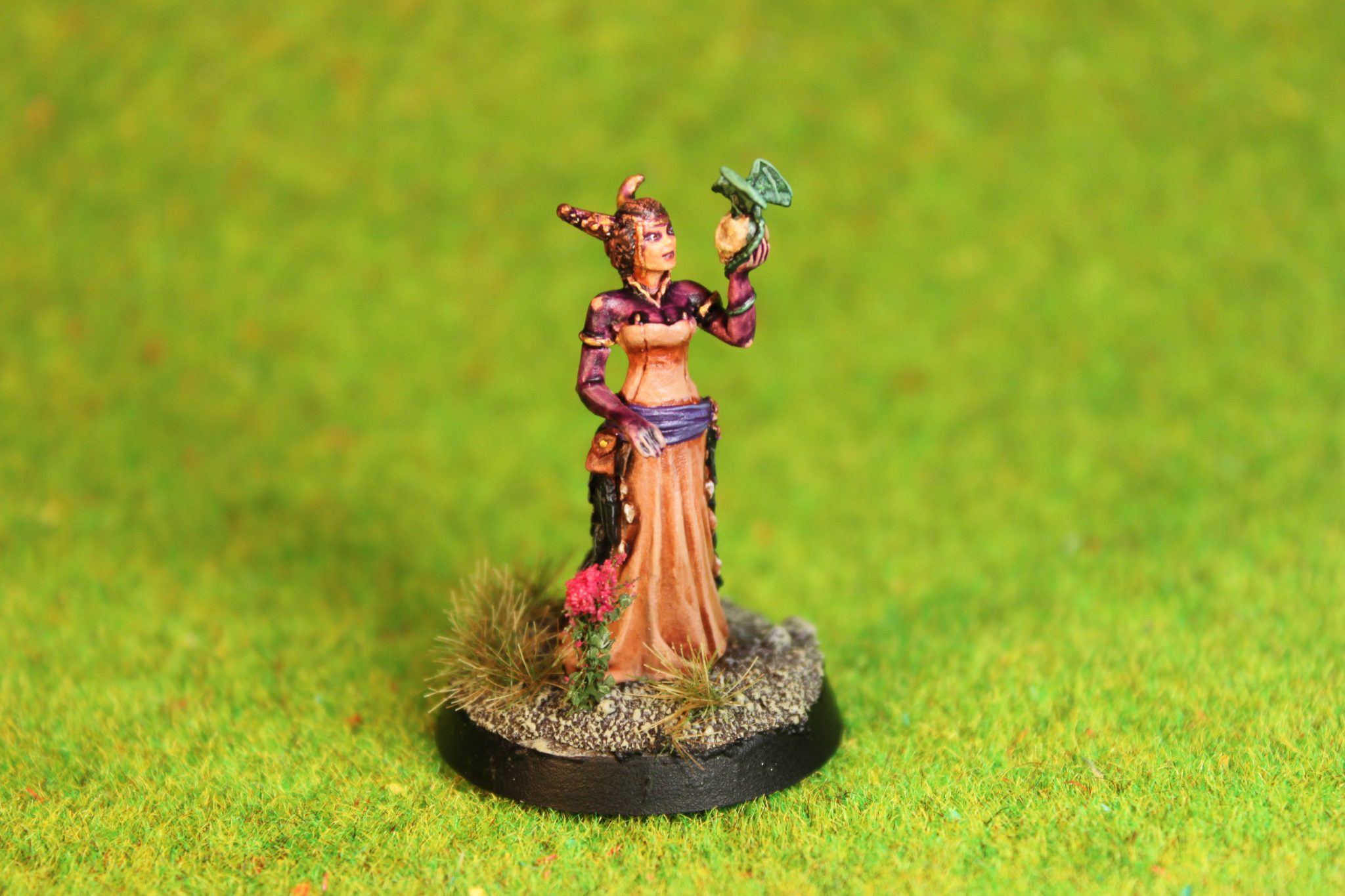