This Wererat Rogue featured in Chapter 1 of the Dungeons & Dragons campaign: War of the Triplets.

I originally bought the human form thinking it was perfect for a sneaky assassin for the party’s very first combat.

Later I realised there was a wererat form too so got that one and an easy encounter changed to a tough one, especially with a male and a female henchman joining too.

The plan was actually to have the Wererat be the leader Oleg the Ugly and for him to escape… since werecreatures can only be harmed with magical weapons, which the party had yet to collect… but it turned out the party had enough magical firepower to not only hurt him, but to destroy him!

I may resurrect him in the future though as I think he is a great character. 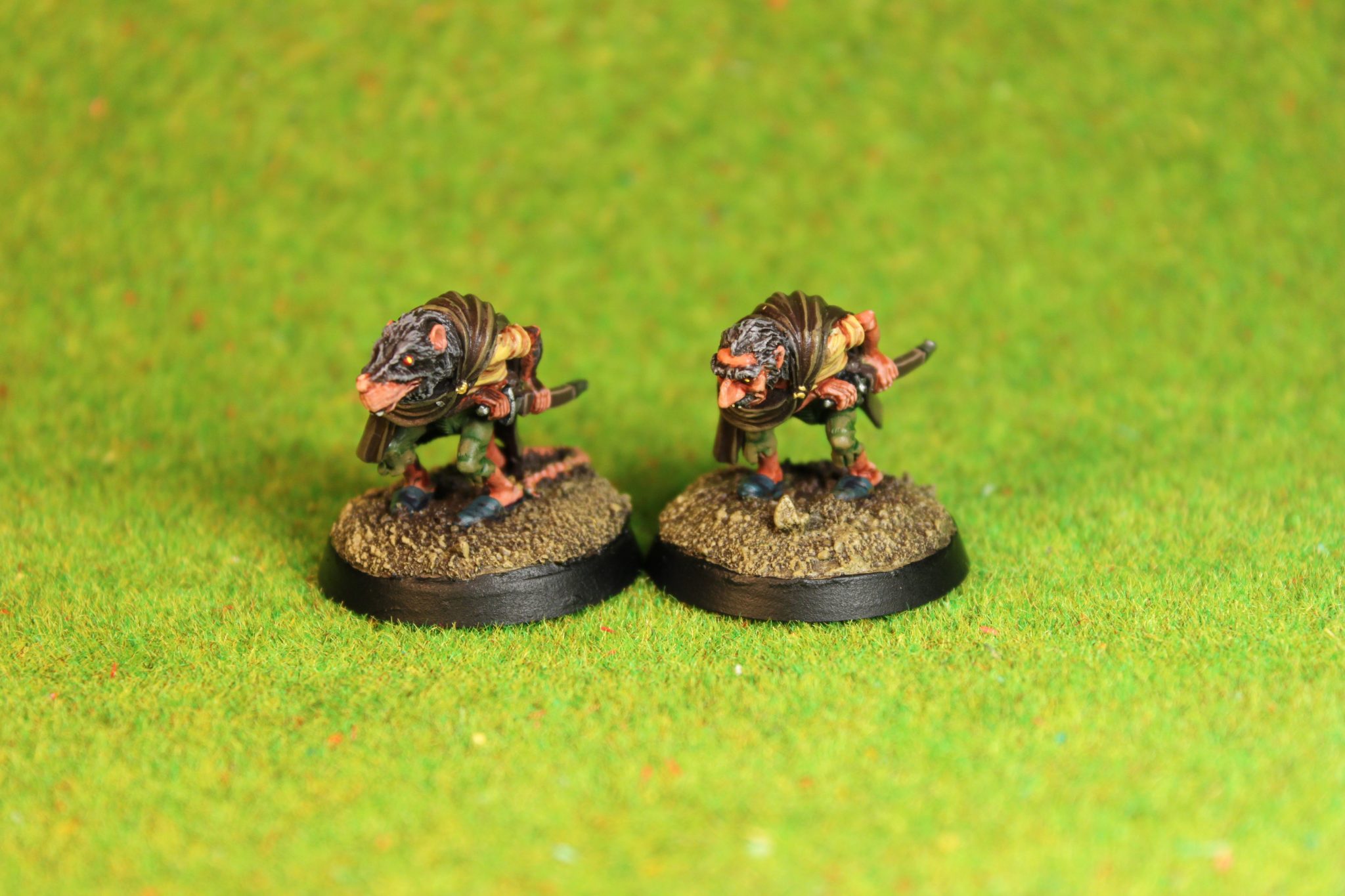 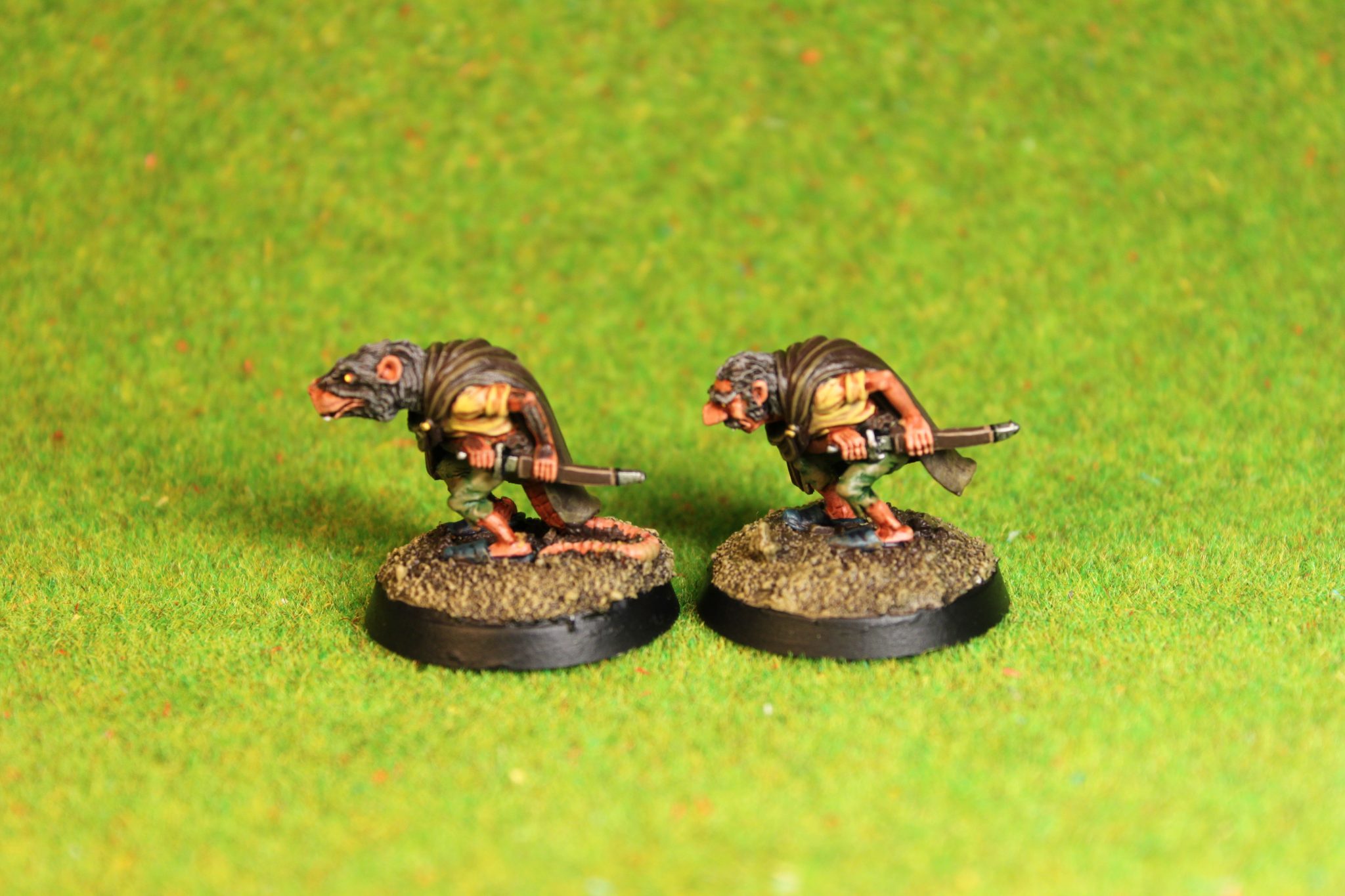 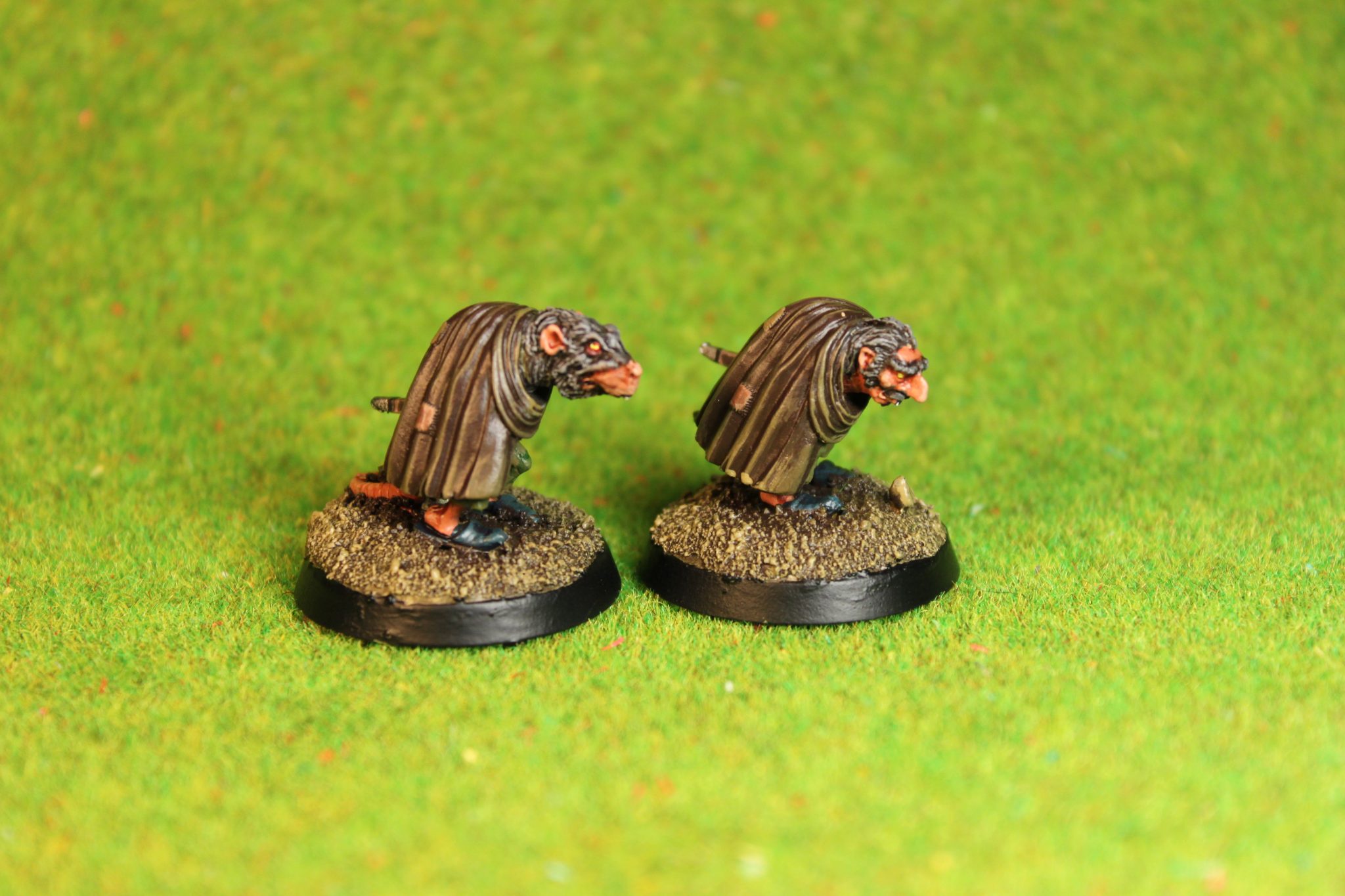 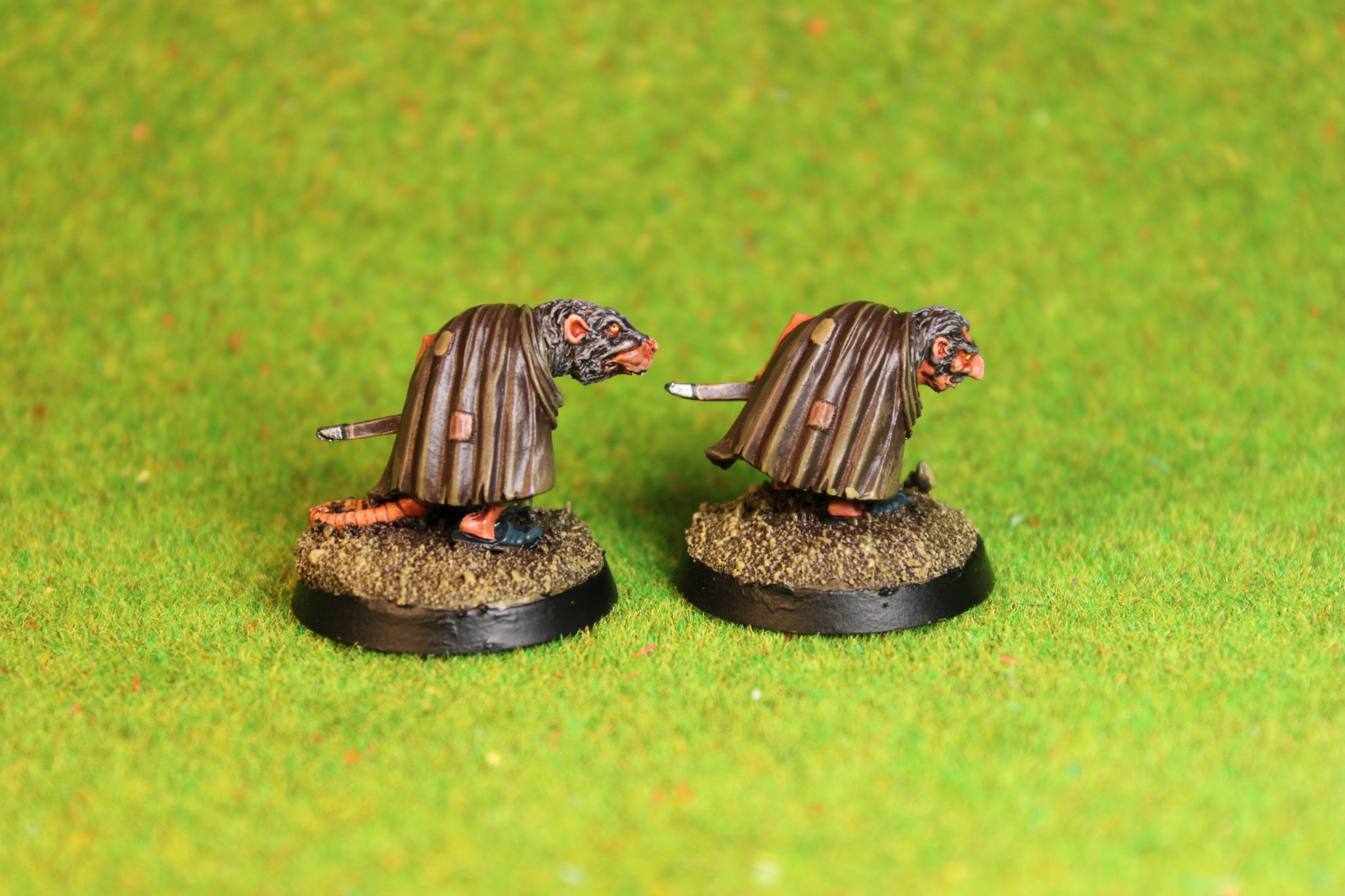