Jan 2018 I picked up playing Roleplaying Games again as Dungeon Master for the homebrew Dungeons and Dragons campaign: War of the Triplets.

4 out of the 5 players in my group where either completely new to roleplaying games or had played a tiny bit as kids some 30 years ago!

So I ran a session for each of them where we first created their character and then I threw them into a mini adventure called “Jorn The Wellwatcher” to teach them the basics.

It’s been a long time since the party was together, but they have all decided to travel to the Dwarven Omitropolis, Parthonox. One of the 7 Omnitropolis in the world Heden Rei.

Each party member is heading there on their own and as individuals. Those coming from the west will rest at the cozy inn Dragon & Artichoke before heading North to Partnonox.

An hour before reaching Dragon & Artichoke, the travelling adventurer must pass a the well accompanied by a small guard house, home to the elderly man: Jorn the Wellwatcher.

It is after dark when the adventurer comes to Jorn’s house and something is off: No light is lit in the house and as you approach, you can see the front door is smashed in.

This part of the induction game is meant to introduce the player to the freedom of Dungeons & Dragons. Where non-RPG games tell player what the CAN do, RPG games tend to tell players what they CANNOT do… everything else… well… you can certainly try!

All players instantly decided to approach the situation as their character would do: 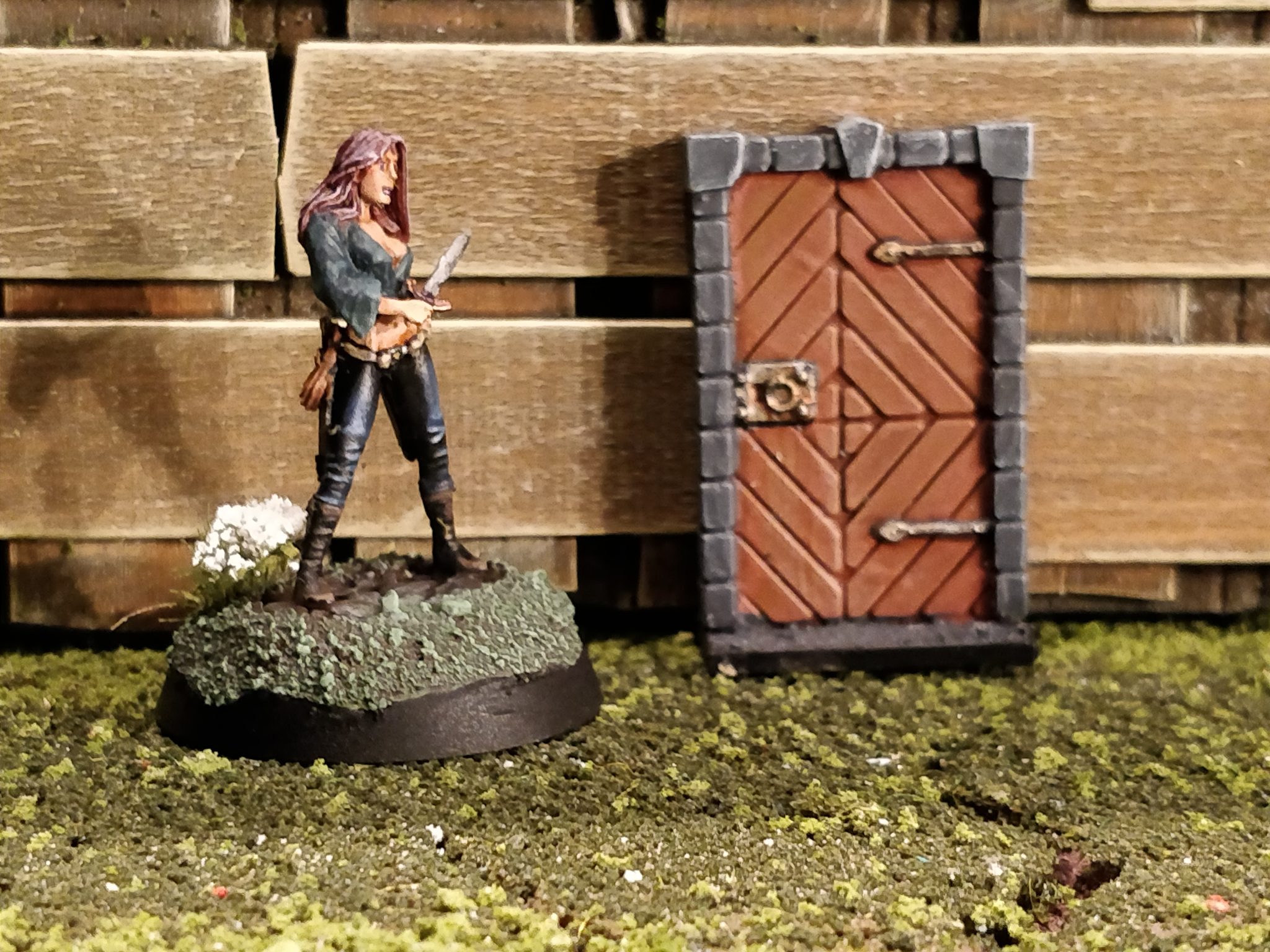 As you step into the house, you see two skeletons!

Depending on approach, the skeletons will either be aware of the entering adventurer or not.

This part of the induction game is to cover key combat mechanics. It also covers how the environment doesn’t wait for players but follows it’s own timeline as there is a boss skeleton carrying a gun on the floor above and depending on how noisy and how long it takes the adventurer to dispatch the skeletons, the more likely it is that the boss skellie will come down.

Otherwise the adventurer will face the boss skeleton upstairs.

Note, when I ran these sessions the house was empty of furniture simply because I hadn’t bought or made any yet. But I can see the benefit in filling the house with furniture the player can navigate around or use in the battle.

As you climb to the upper floor, you find the dead remains of Jorn.

Once the skeletons are dead, the adventurer will find the dead body of Jorn the Wellwatcher upstairs.

this part of the induction game focusses on the aftermath both in the sense of looting the bodies, but also what will you do with Jorn’s body? Will you leave in a hurry fearing more skeletons will arrive? Will you take the time to bury Jorn?

Interestingly, while all players found the amulet of Vecna on the Boss Skeleton, only the Barbarian made the decision to also take his gun, forcing me to make some rules for it! 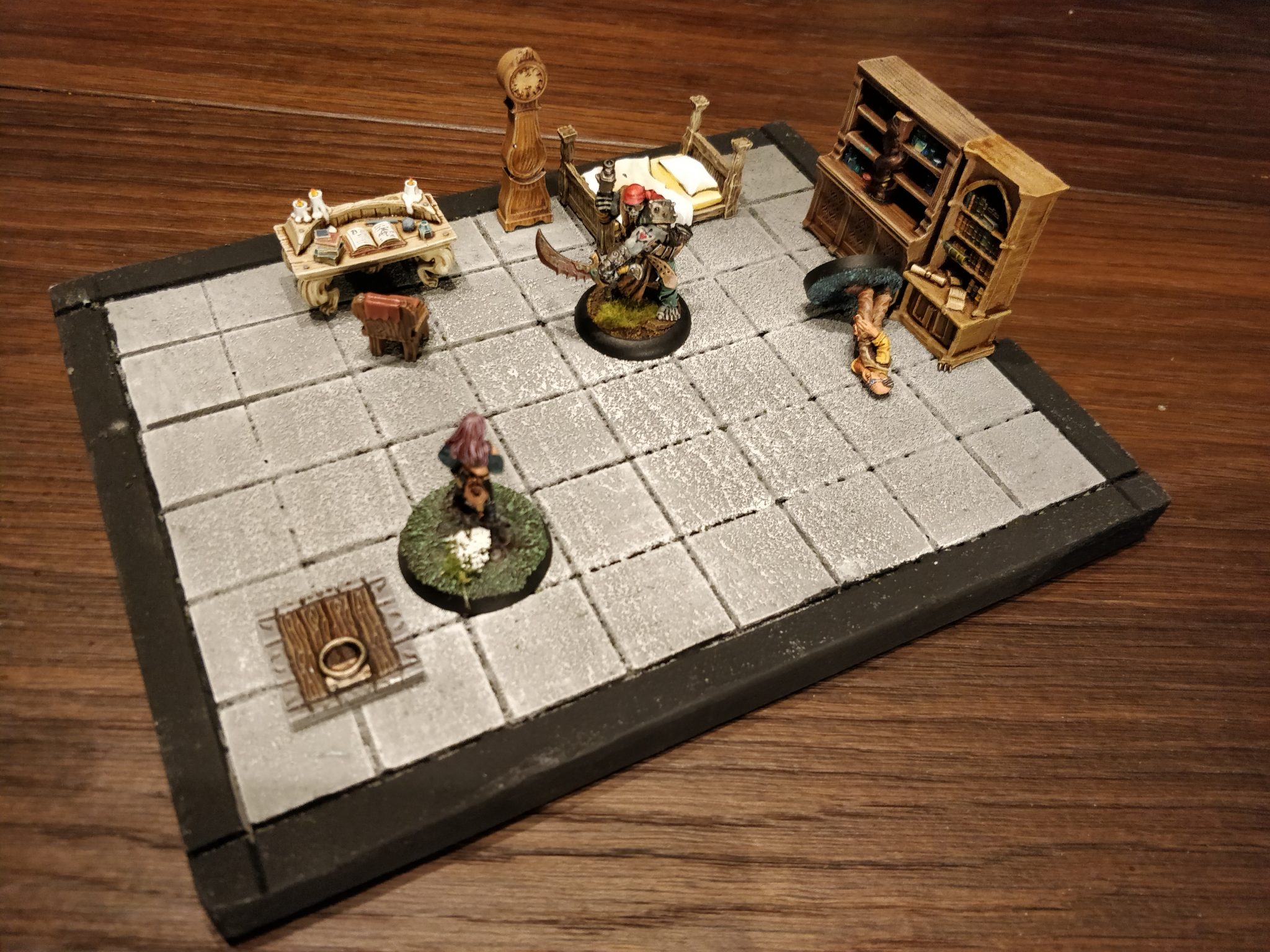 As dawn approaches, you leave Jorn The Wellwatcher’s home and continue your journey to the Dragon & Artichoke. as you arrive, you tell of host and patrons of the inn the unfortunate events that has befallen the late Jorn.

At the end of the induction game, the player find’s him/herself in the homely inn Dragon & Artichoke. The purpose of this ending is to confront the player with a social encounter, but one that feels natural: Telling what happened to a bunch of friendly folk in a pub!

I also use the social encounter to sow seeds of the main campaign in the conversations with the inn NPCs. 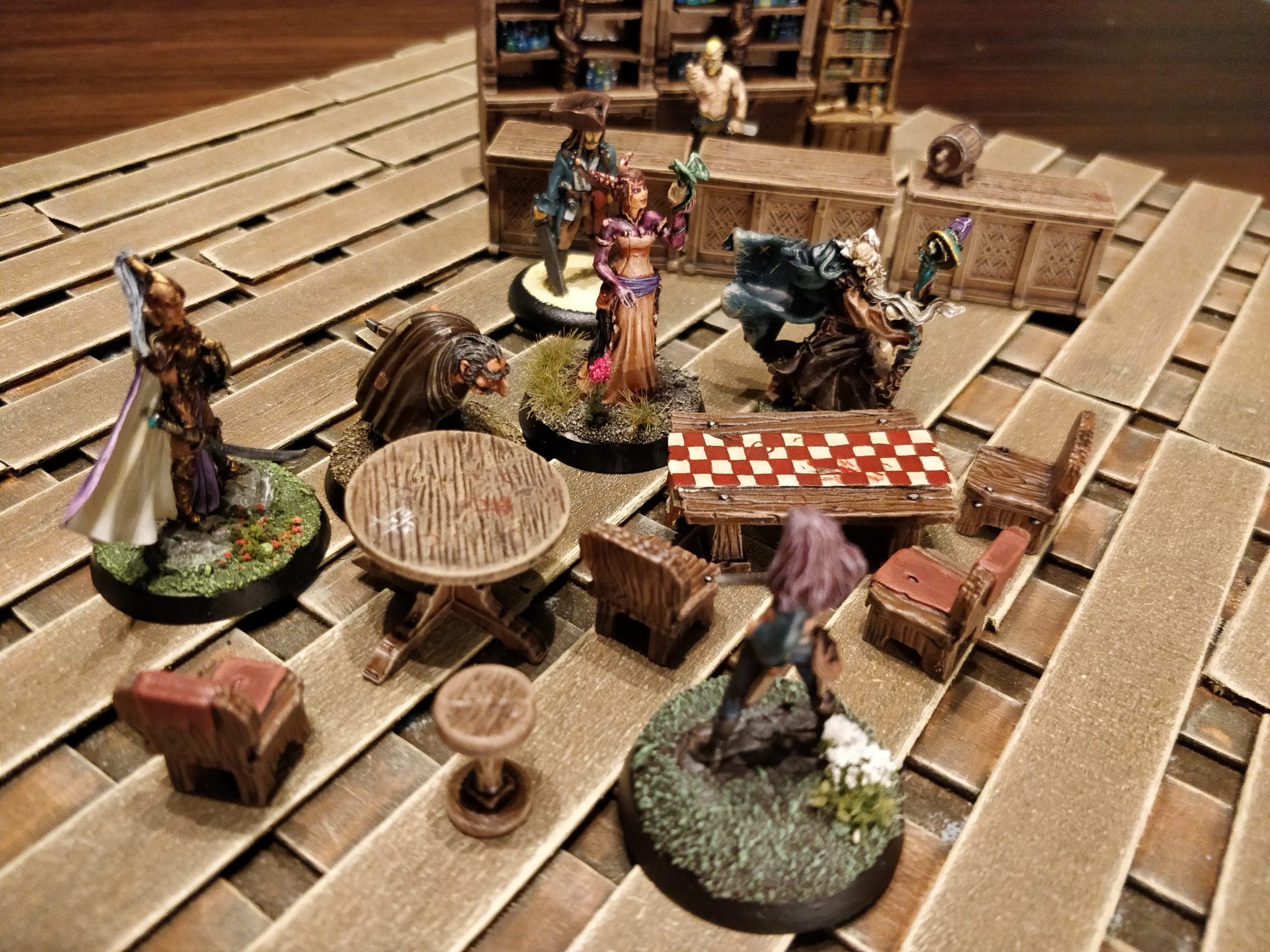