I won’t lie, the previous game did not go in any shape or form the way I planned and the result was 2 KO’d characters, 1 dead wolf and 1 dead character (first in our so far 18 months long campaign) as a result of fighting a young blue dragon named Electrax Stormwing.

However, it provided me with a fantastic challenge: Make next game completely from scratch as nothing I had in mind would fit! Super exciting challenge.

I went into planning mode on this with the following brief in mind:

I rely on using Challenge Ratings, but have modified it as my players are too effective. However, that led me to the very loong and dull encounter in the last game so I asked around on various DM forums and got some advice.

I made this simple spreadsheet to help me calculate rounds it would take to kill baddies (or indeed vice versa). Not perfect so very keen in hearing any tips you have on this. 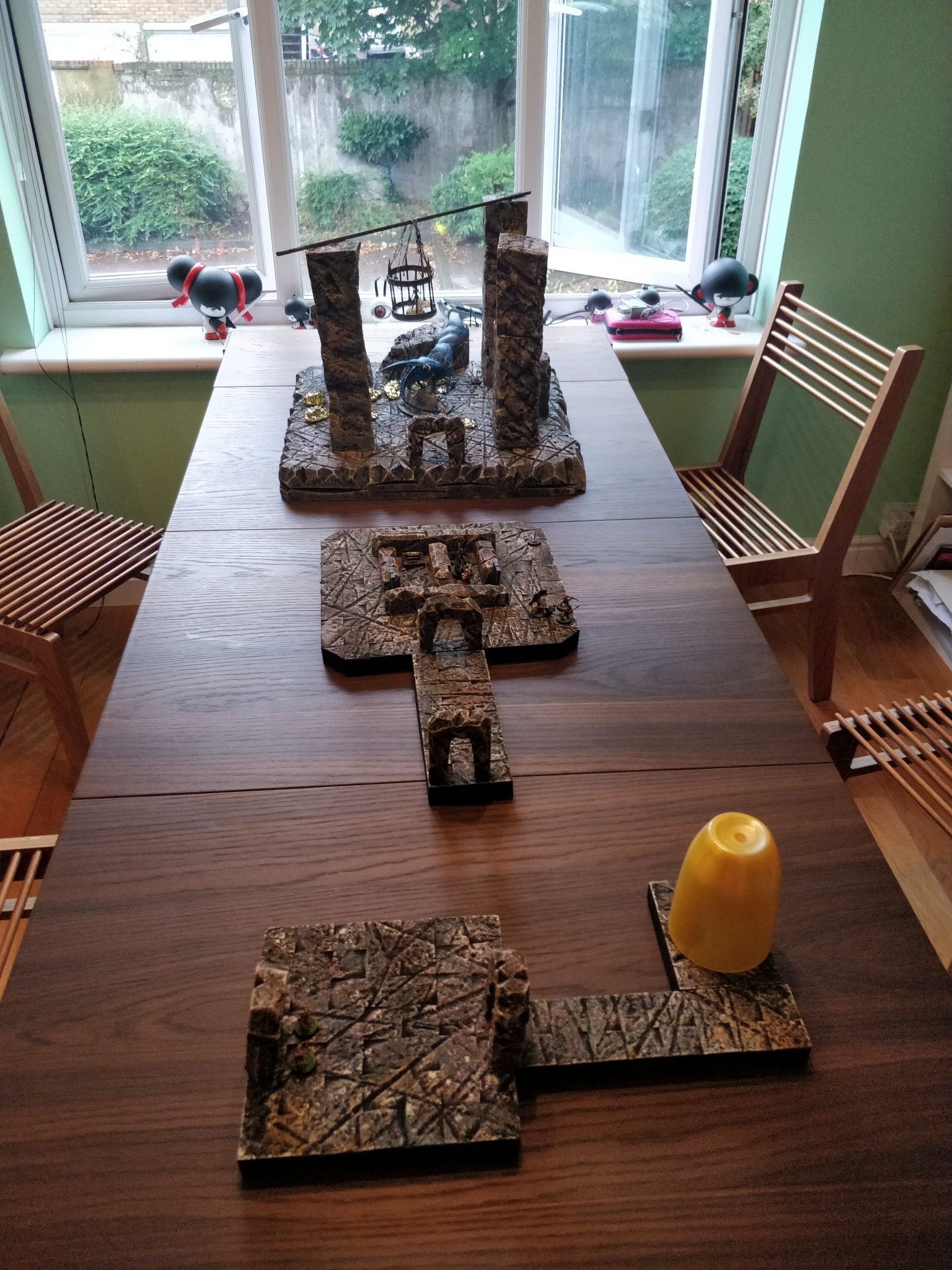 I started this game with not 2, but 3 different starting positions:

This is what the tabled looked like: Three different rooms and encounters to be initiated at the same time.

the three encounter were different in nature:

I ran this in rounds, even the social encounter (The dragon encounter I used the Skills Challenge system from D&D4e) and I aimed to give each player roughly 1-3 rounds before moving over.

That meant players got time to think about their next move and even in combat I tried to leave that particular room on a cliff hanger where possible.

But in order to keep things neat, I will keep each room separate. 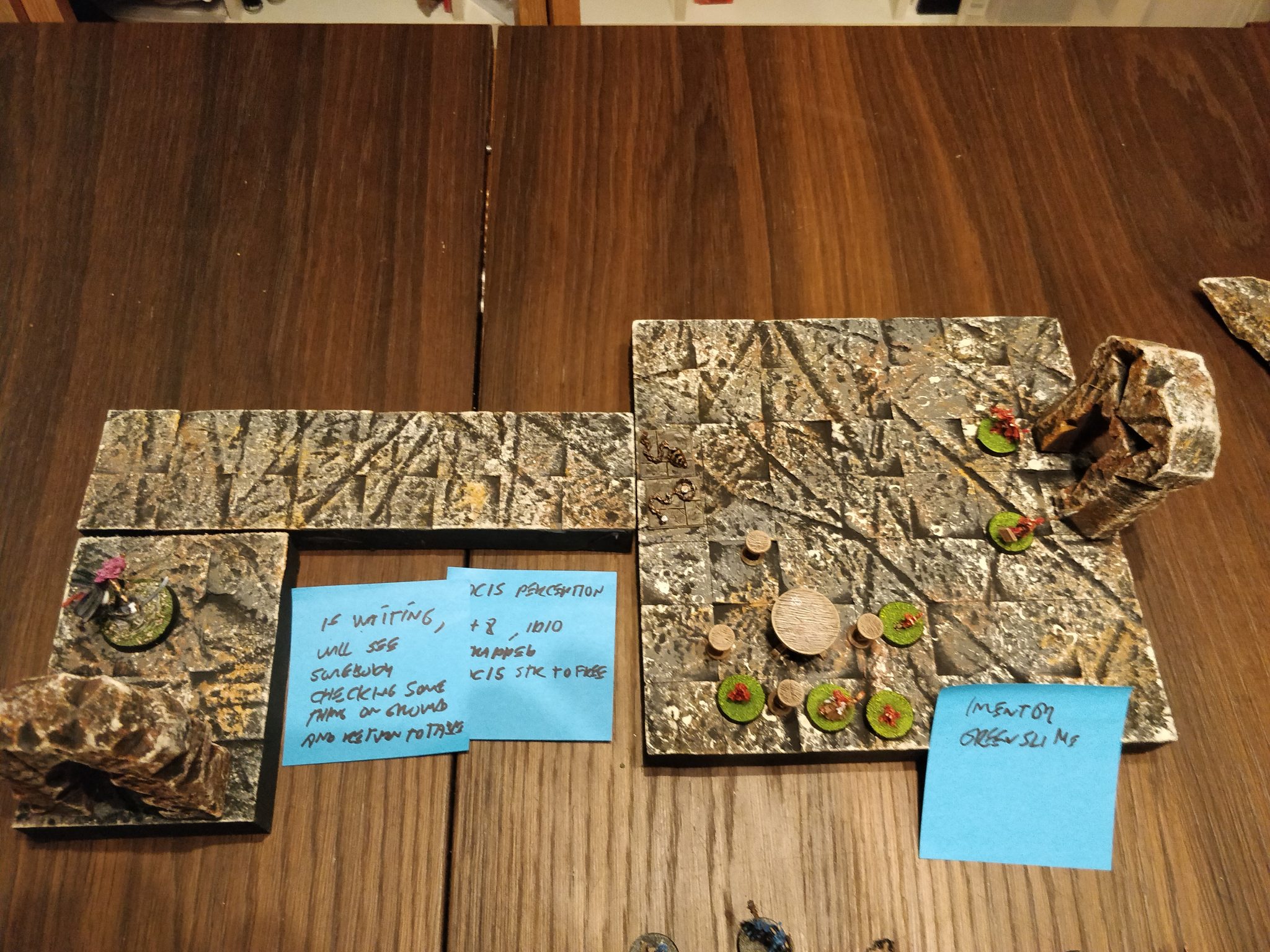 Our new joiner, the inexperienced Rogue Valkyria, confidently walked towards the two Kobold guards… and was caught in the bear trap followed by a direct hit from the Kobold Mama (Kobold Inventor) with green slime!

After some fighting with the Kobolds (and scrapping of the slime), Valyria emerged with her confidence shaken and some scars to show.

To avoid future ambush, she made herself invisible before leaving the room. A good thing as she emerged in the Dragon’s Lair, which she quickly left and ended up in the Prison Room. 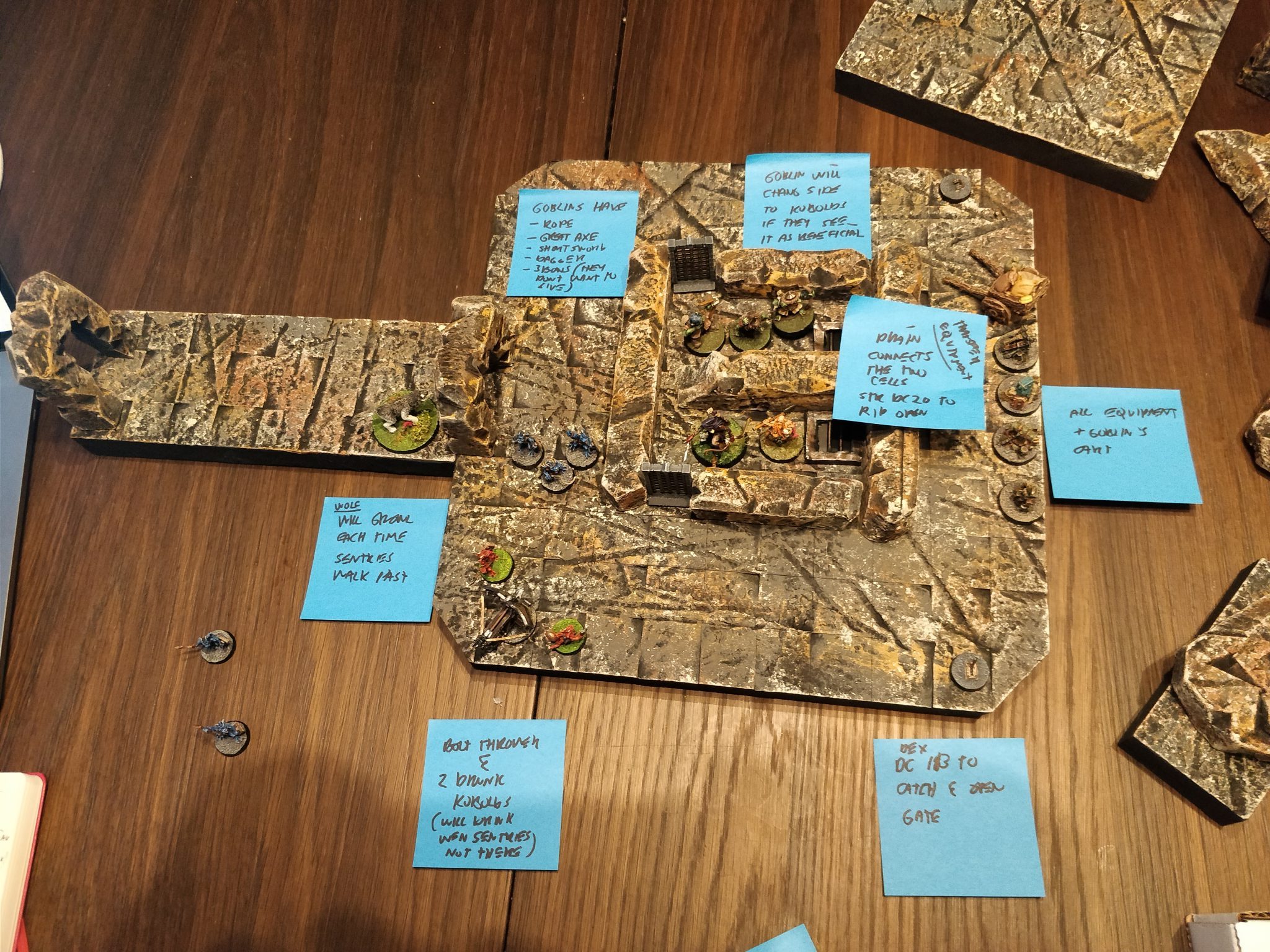 As the Ranger and Barbarian woke up, they realised all their equipment was gone and they found themselves in a small cell with some jay as bed and an iron drain.

Through the drain the couple started communicating and negotiating with some Goblins in an adjacent cell and this resulted in a rope, A Great Axe, A short Sword, a Dagger being passed through the drainage. Furthermore the Ranger found a box with 3 firebugs in gutter.

Using the firebug, they set fire to the hay and by some clever acting (? help help help ?) they got the Kobolds to open the door and ambushed them after which they dispatched of the Dragonshields with the help of the Bat Swarm and the still invisible Rouge who made her entrance to the party by lobbing the head of a Kobold Dragonshield, which shook our Dwarf Barbarian to his core.

After short intros, the trio headed to the Dragon’s Lair… 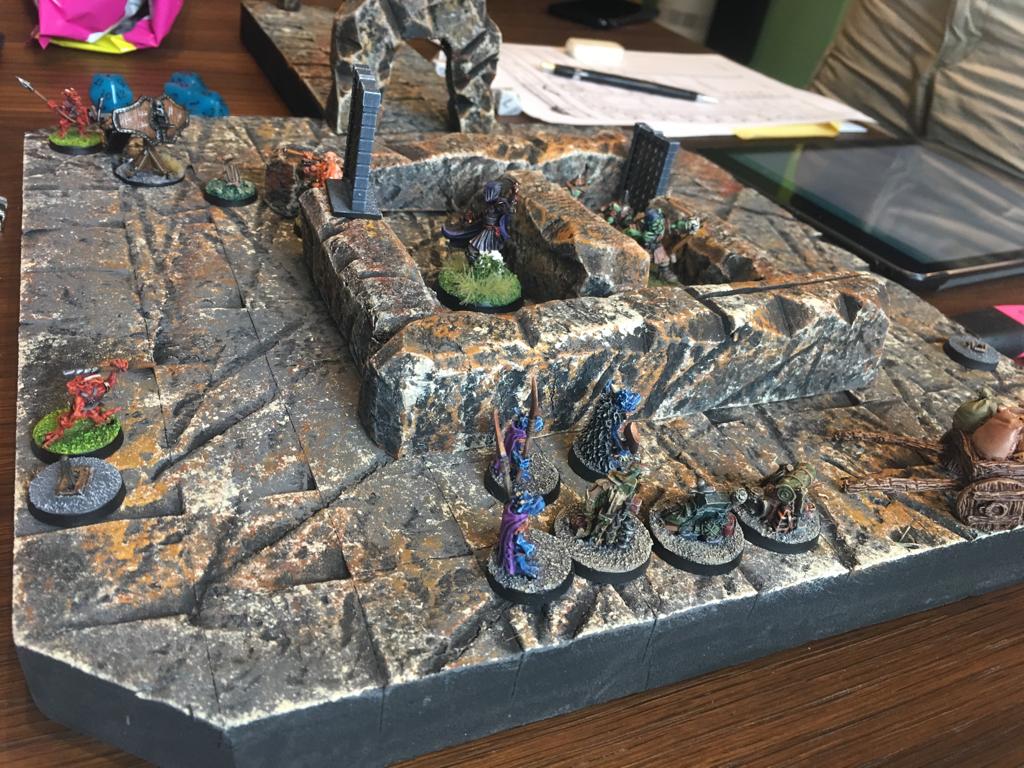 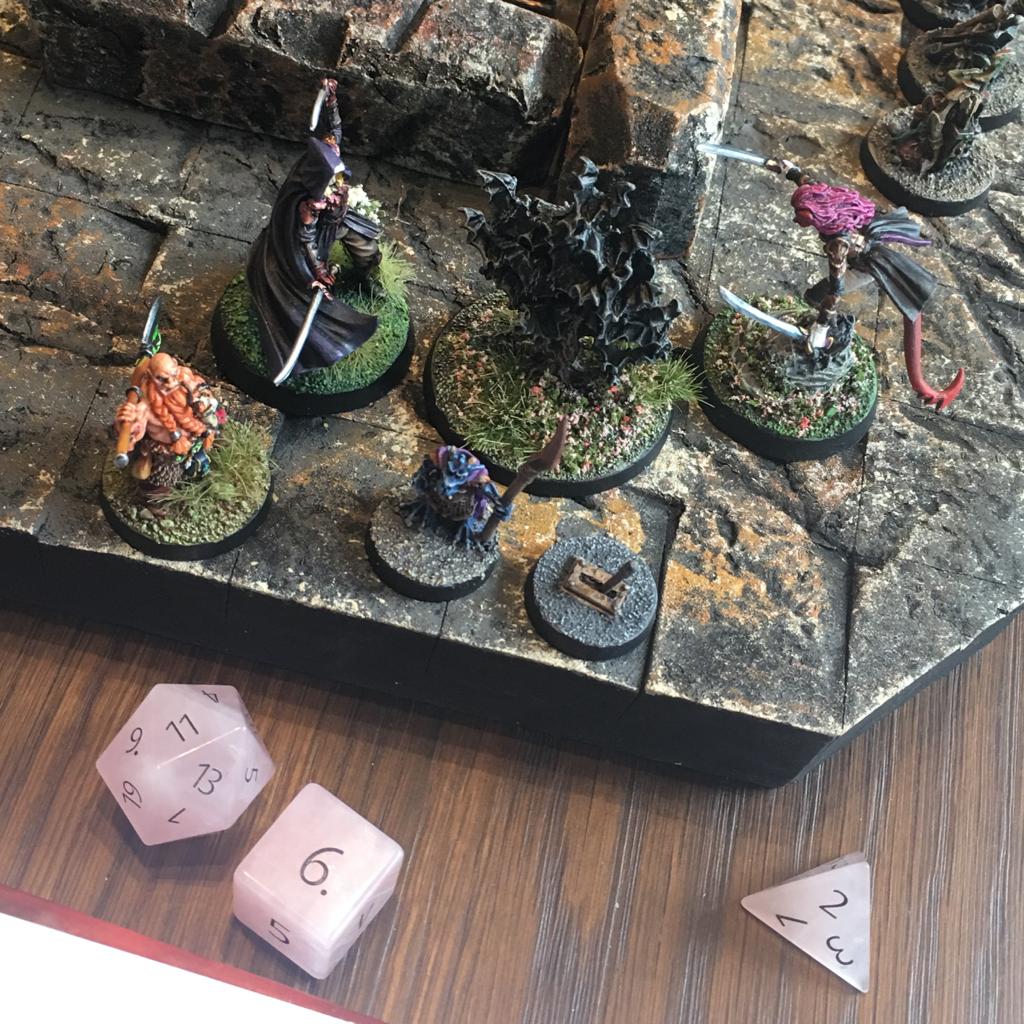 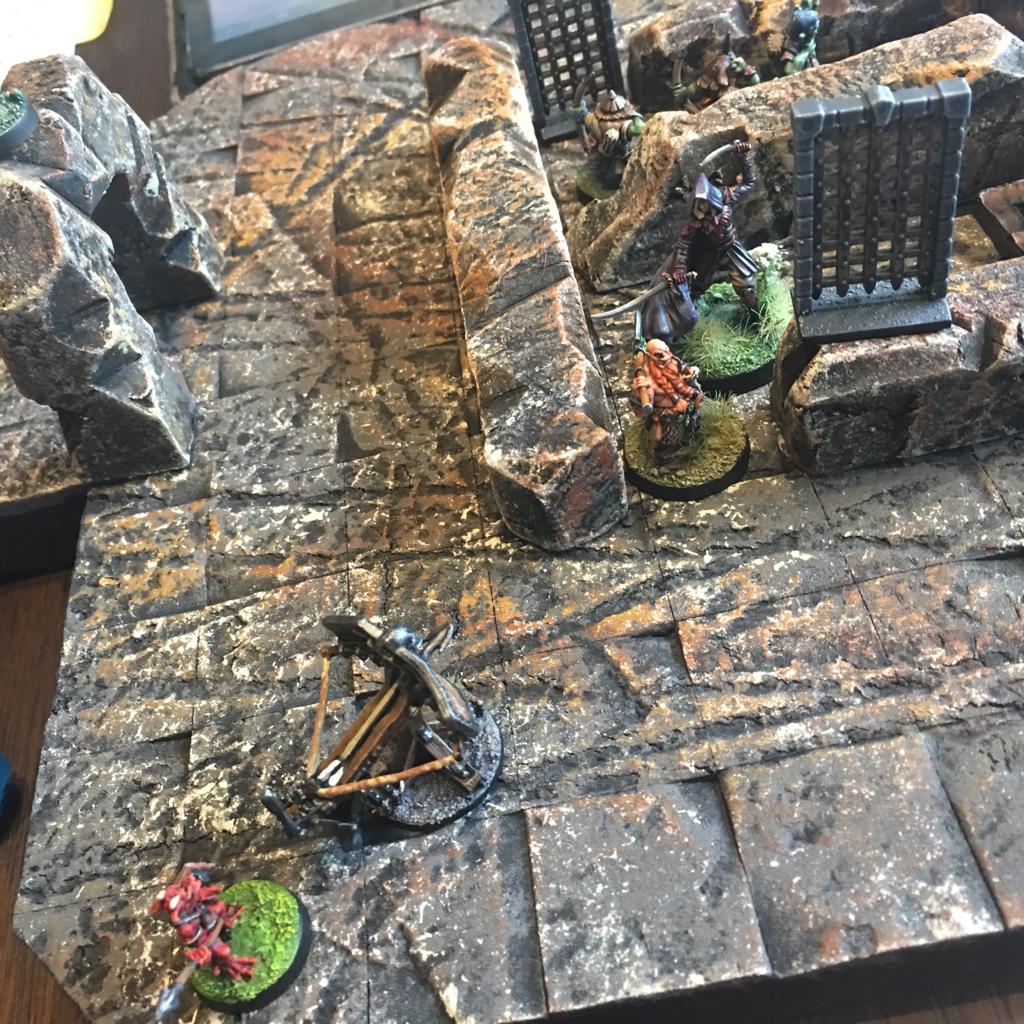 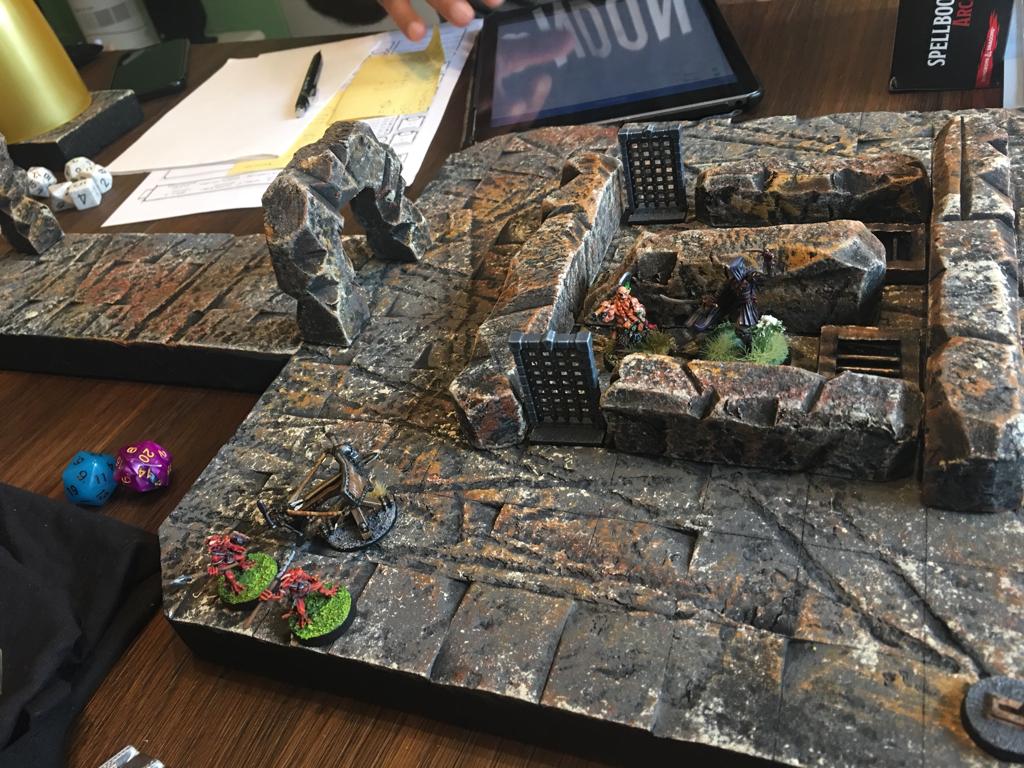 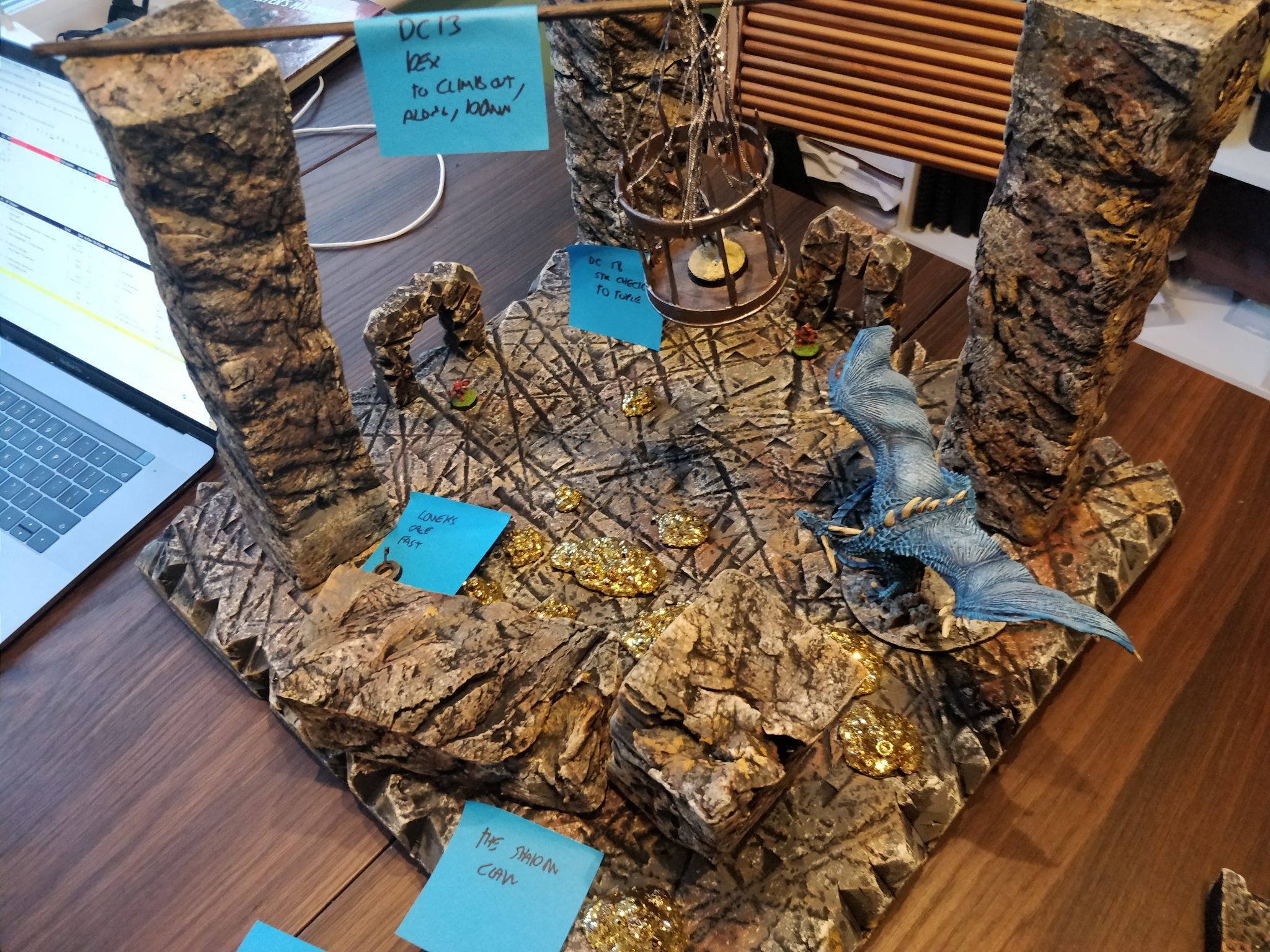 The Dragonborn Sorcerer found herself in a cage pulled high up in the Dragon’s Lair.

Through conversation (and some offhand magic), she tried to distract the dragon, while her Pseudodragon investigated the lair itself.

Through some dramatic events, the Dragonborn Sorcerer manage to lower the cage and the Talon magically replaced her two middle fingers on her left hand, leaving her with a large protruding talon replacing the two fingers. More importantly that meant that all her future lightning-based attacks (magical or breath) will now be Necrotic going forward. On top of that, a single humanoid creature killed by her necrotic breath becomes a Shadow under her control.

The Goblins from the prison showed up and distracted the Dragon long enough for the Dragonborn Sorcerer to escape the cage and run for the entrance. However, the Dragon realised this and swiped her back with its tail.

Having no way out, the Dragonborn Sorcerer spent her Sorcery points in making two Lightning Bolt attacks (now counts as Necrotic) and did some serious damage to the Dragon, at which point the rest of the party showed up… with the Bolt Thrower in tow, and finished the dragon! 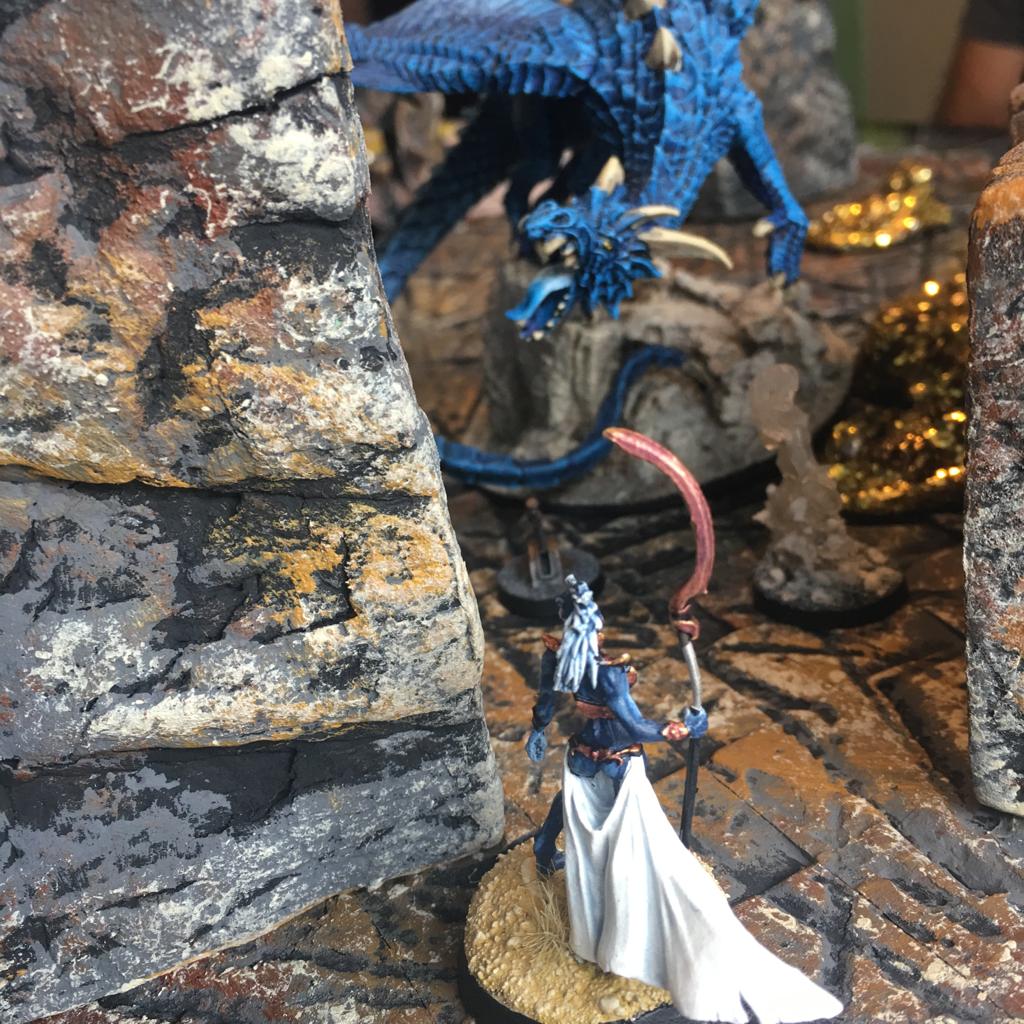 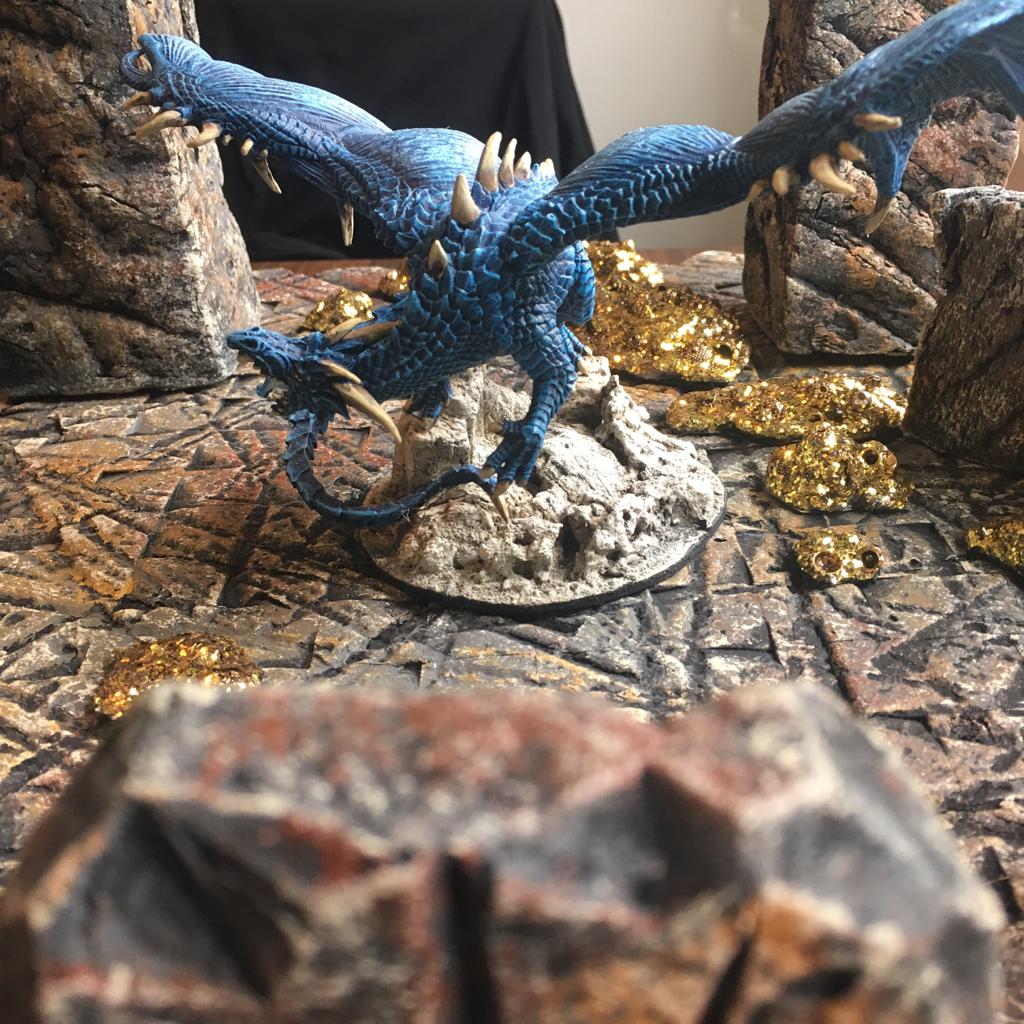 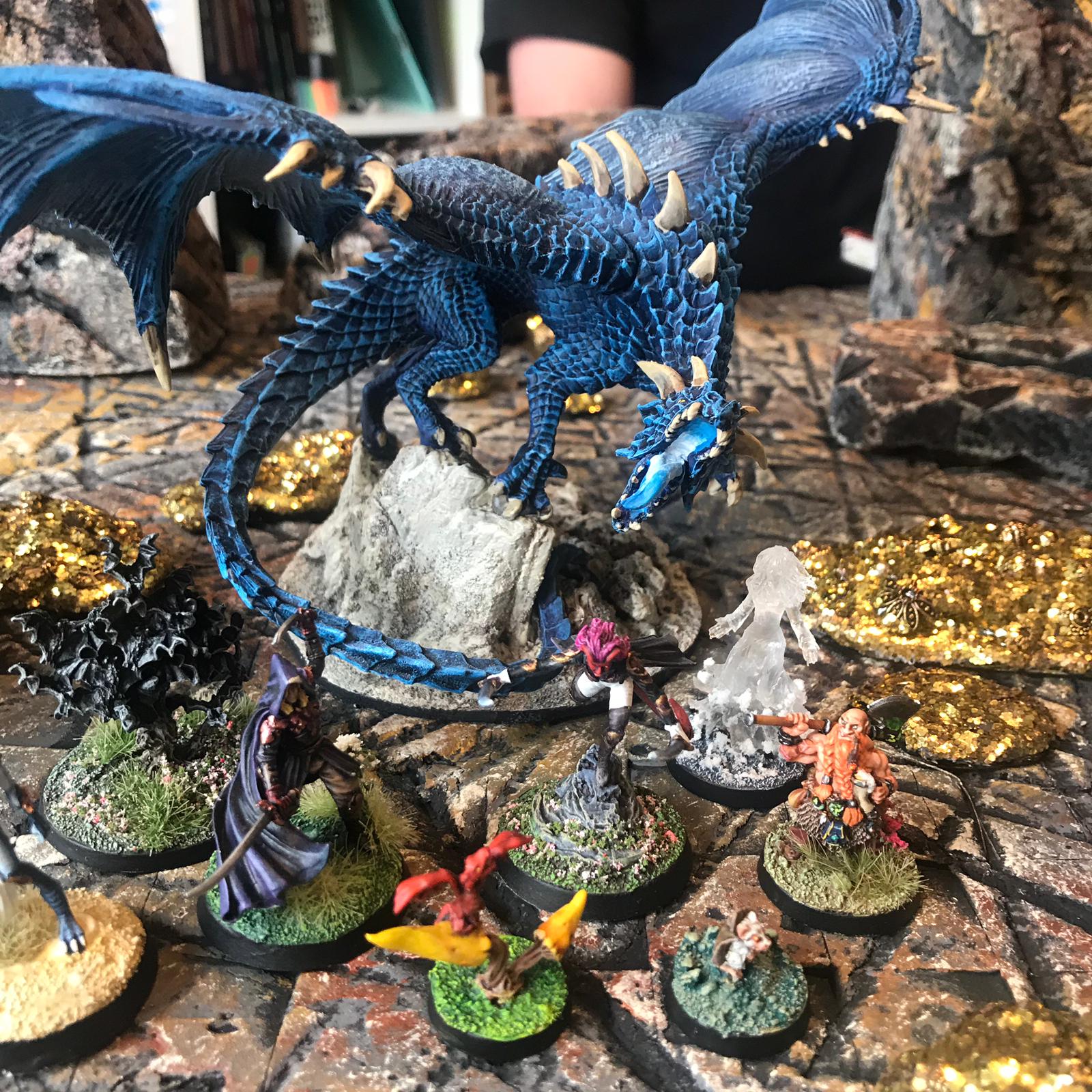 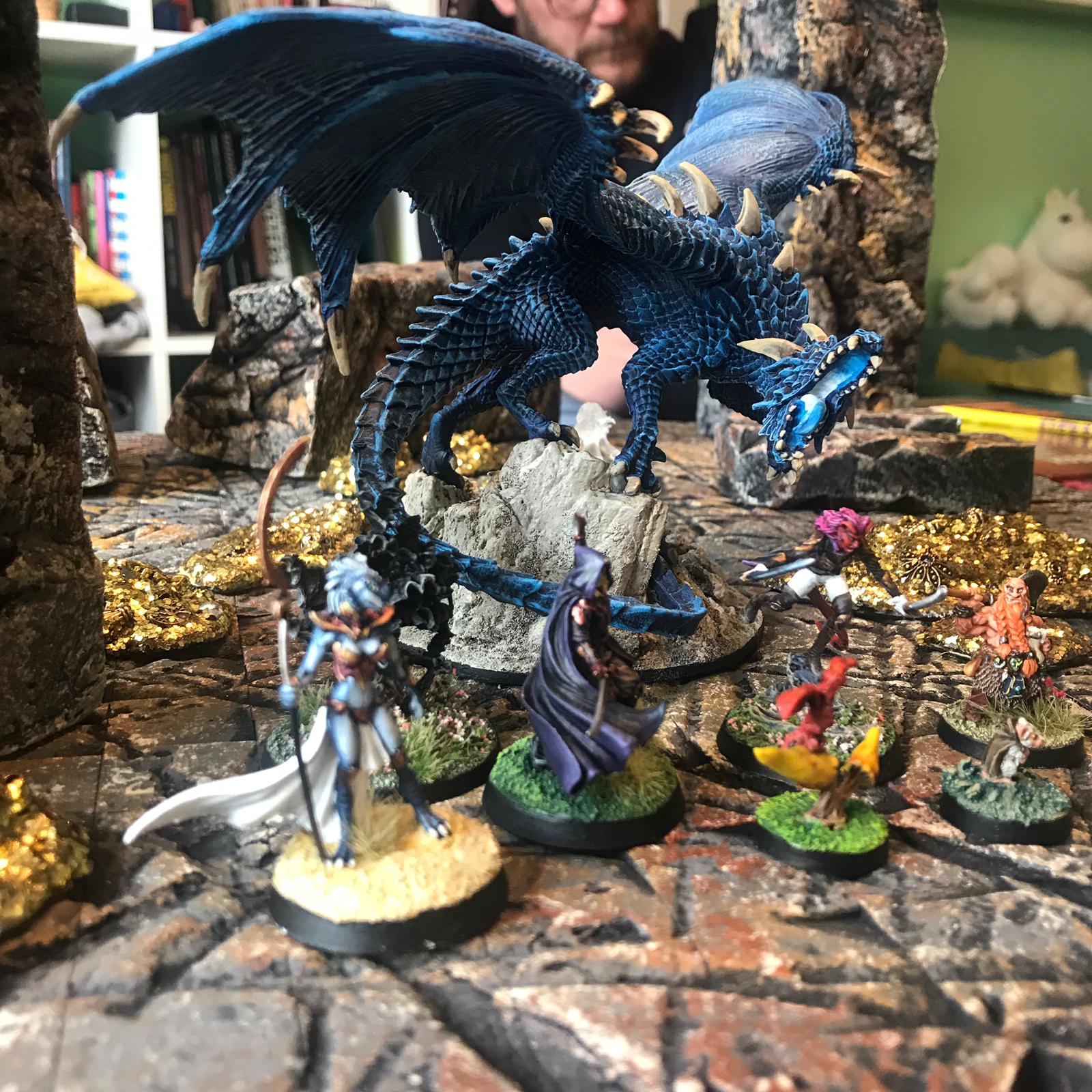 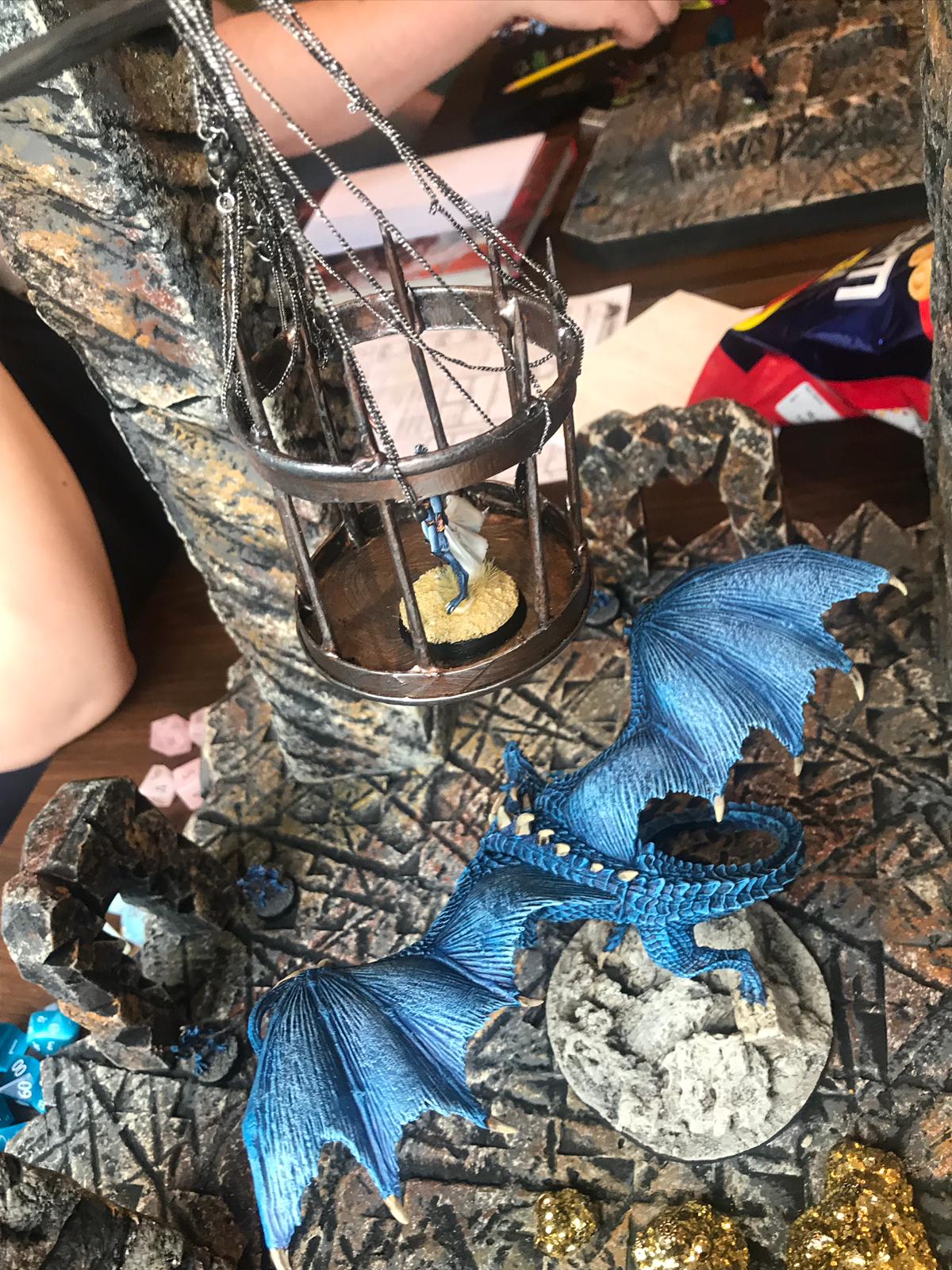 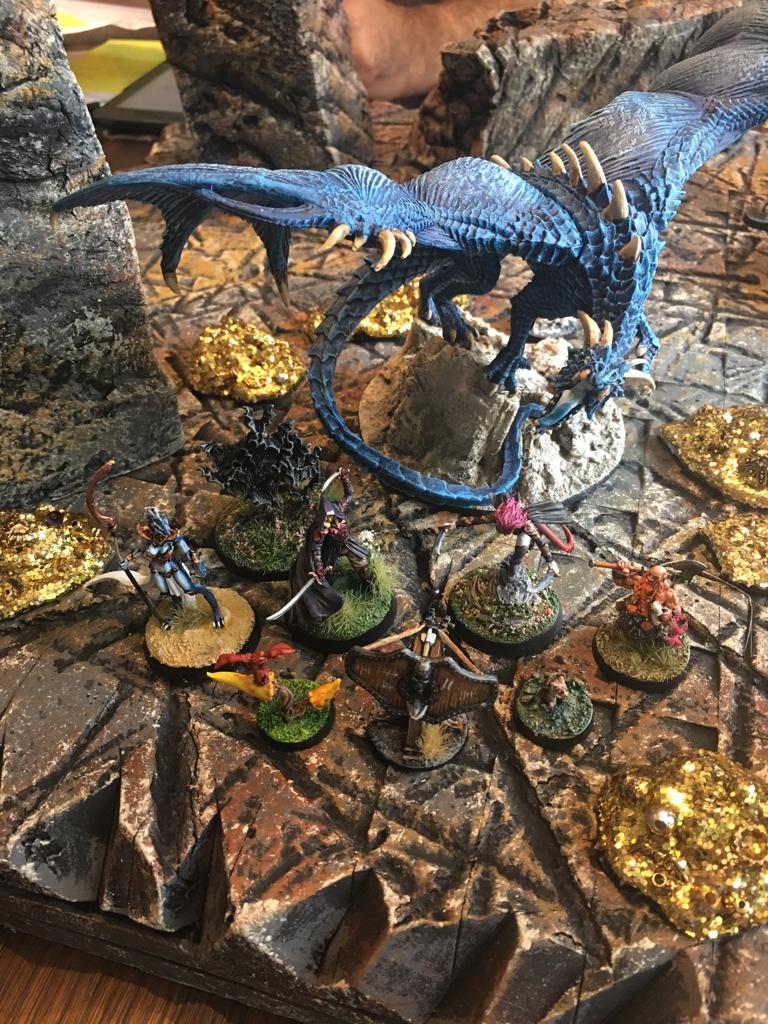 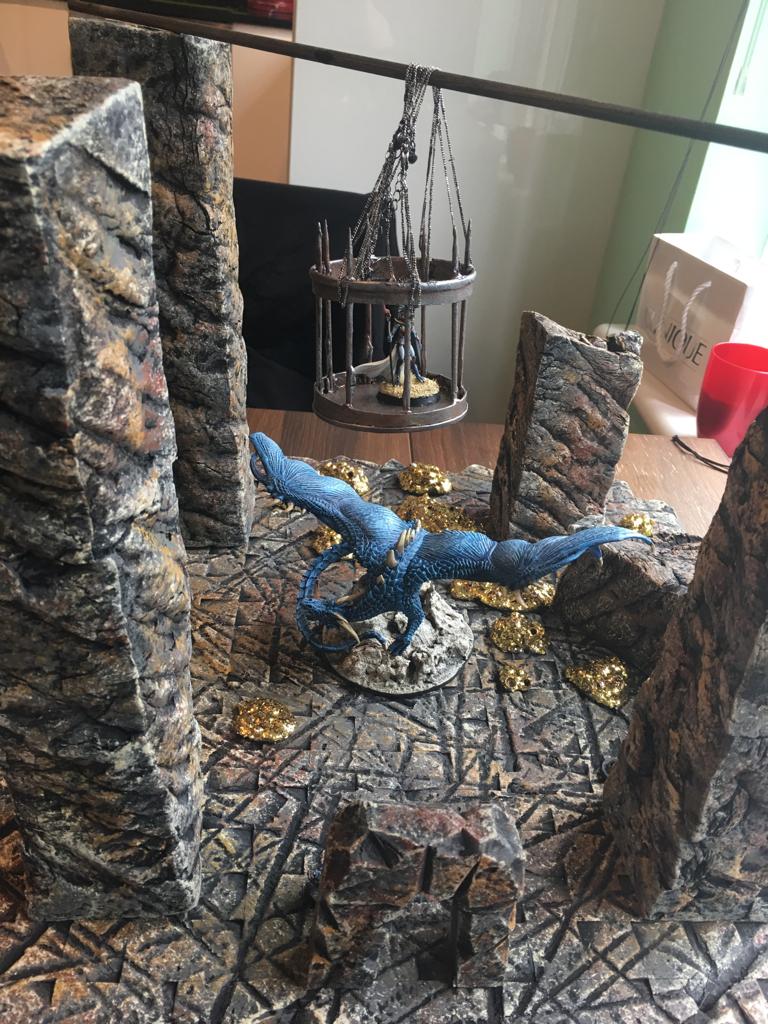 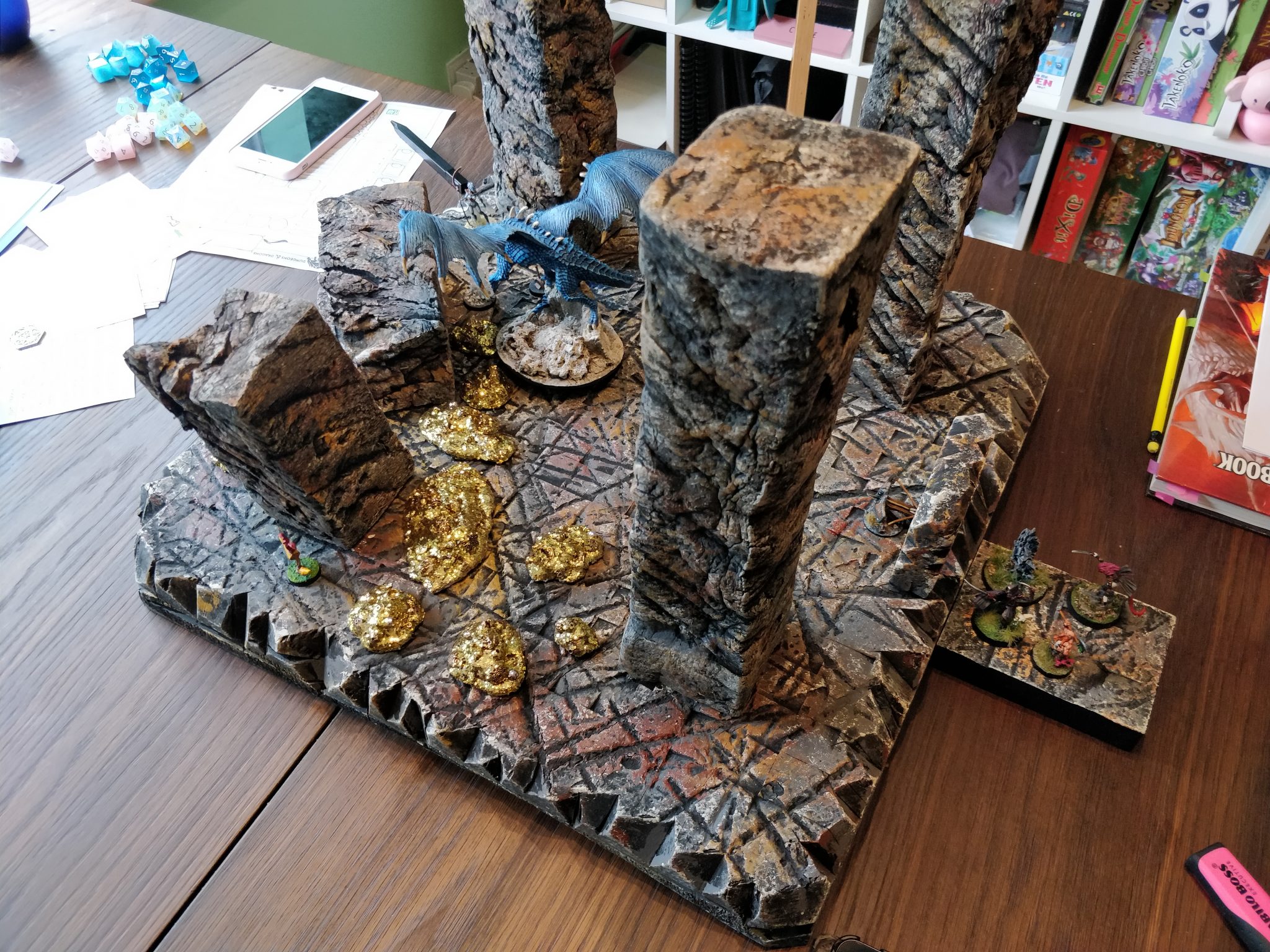 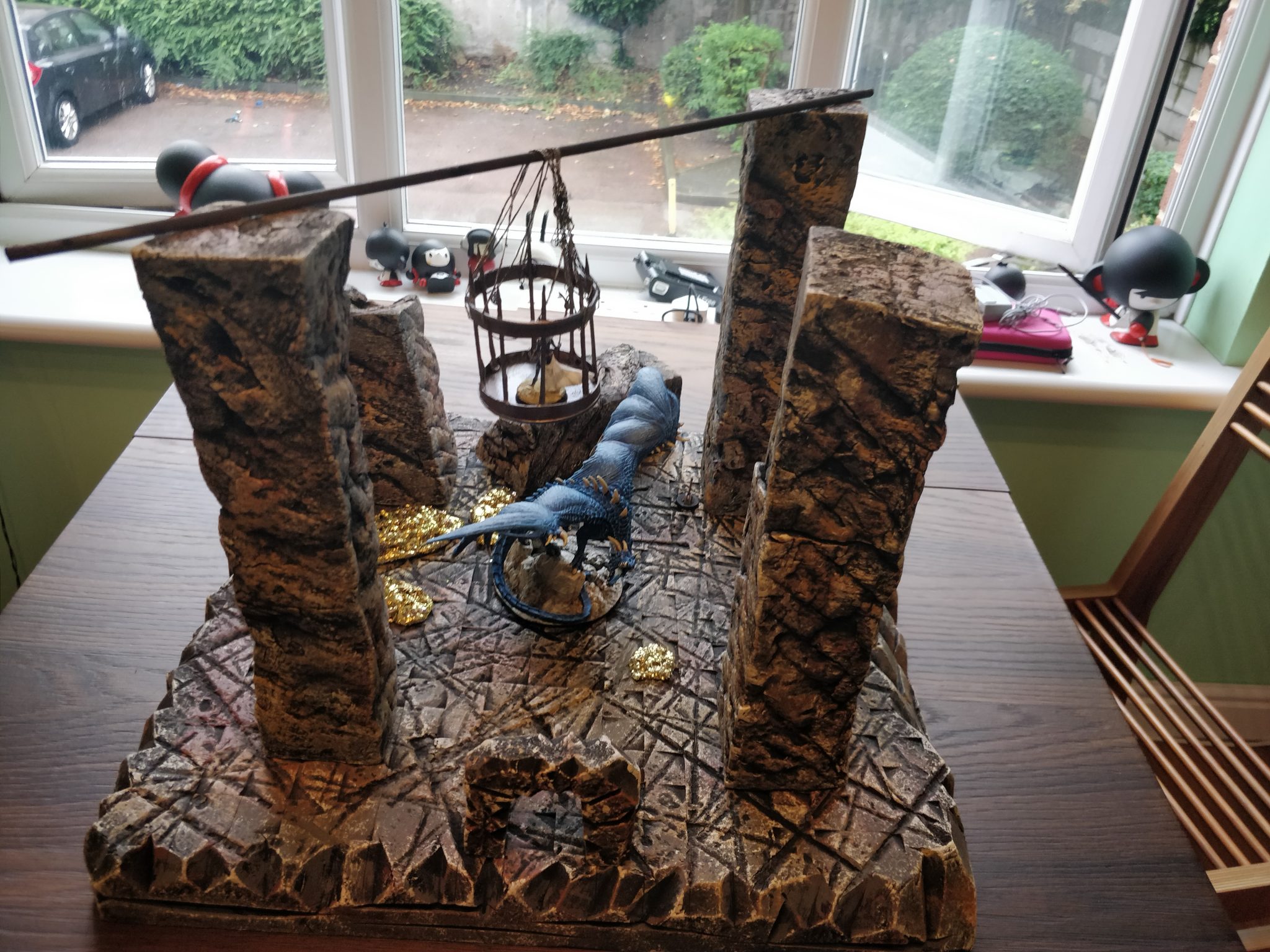 So much cool roleplay, problem solving and combat tactics in this game. Electrax and her minions never stood a chance! 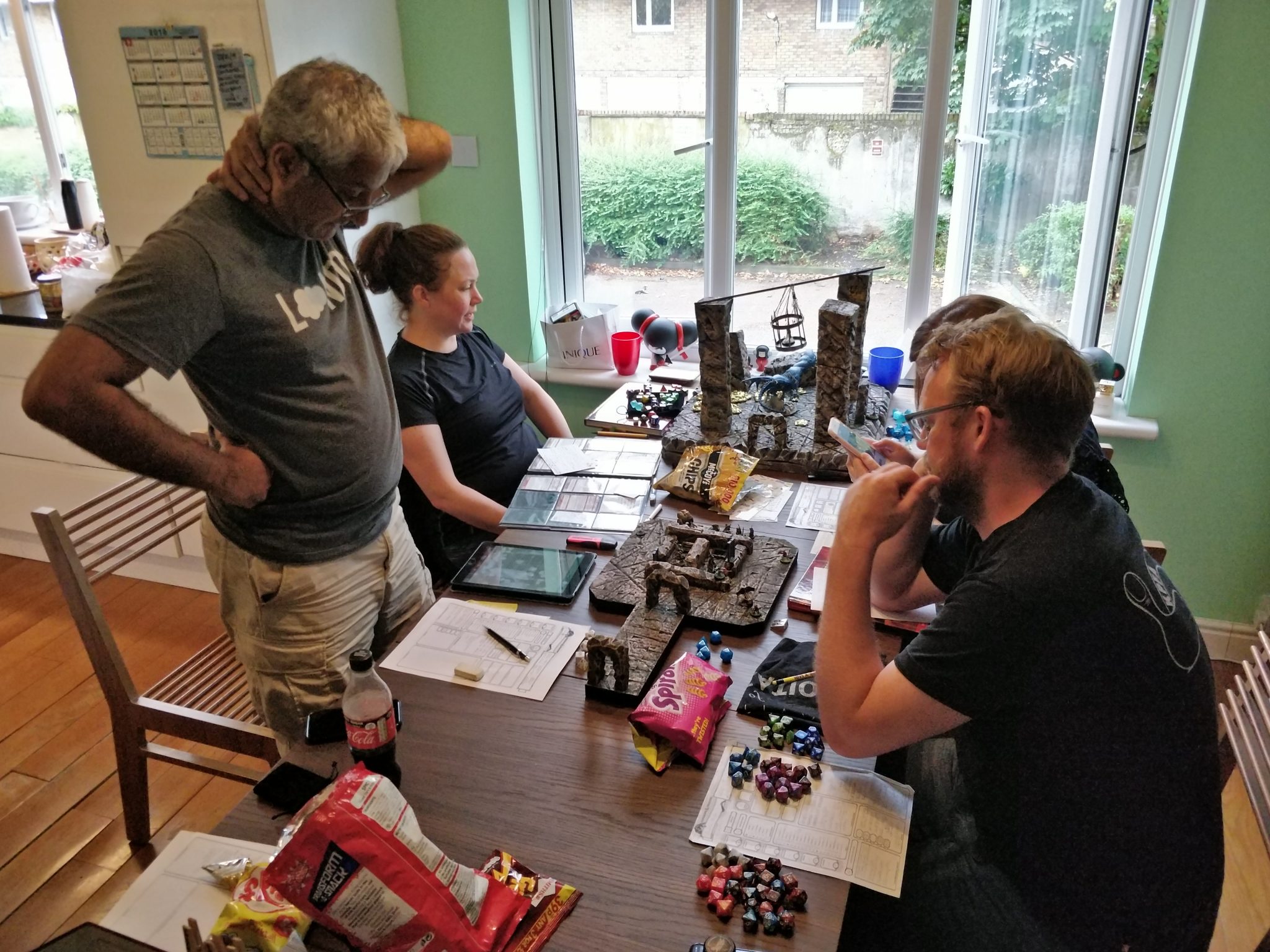