Having found the strange and alien Mind Controlling Device, our heroes realised they had no idea how to use it.

But they were certain the device, the Black Sapphire, the Mind Flayer, the tentacles, the cultists all of it were linked so they reviewed what they had learned so far about the Deep Planes and decided to go right back to the start: To Vivandrum’s house.

Returning to the beginning

They found the house completely intact with no sign of the trouble they had faced in there, but it was also entirely empty.

On the top floor, however, there was a change in the interior. Gone was the pedestal that had contained the Black Sapphire. Instead they found a monolith like the one they found in the Twilight Forest cave almost identical, but with one difference: Vivandrum himself was slowly being absorbed into the monolith. 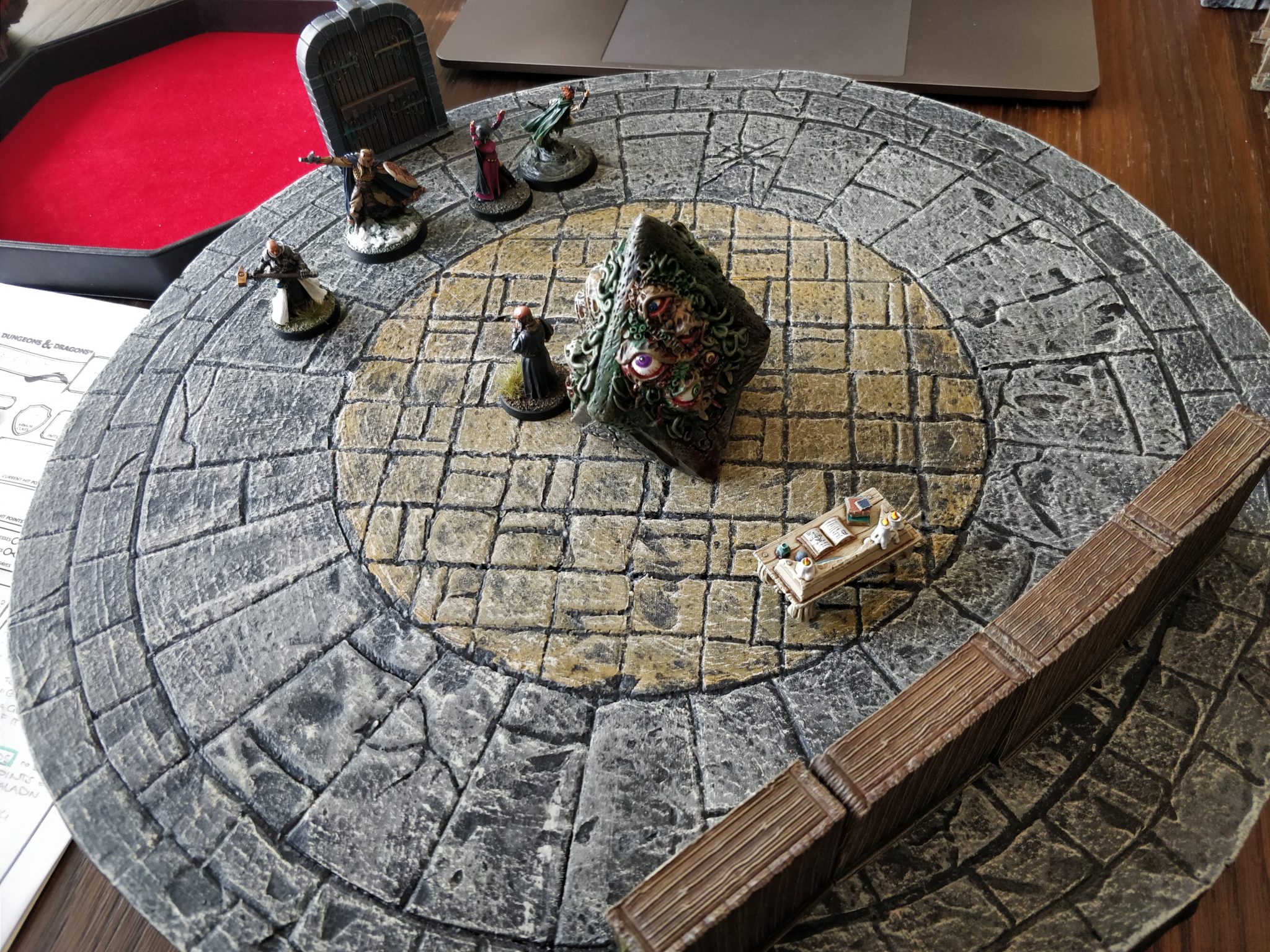 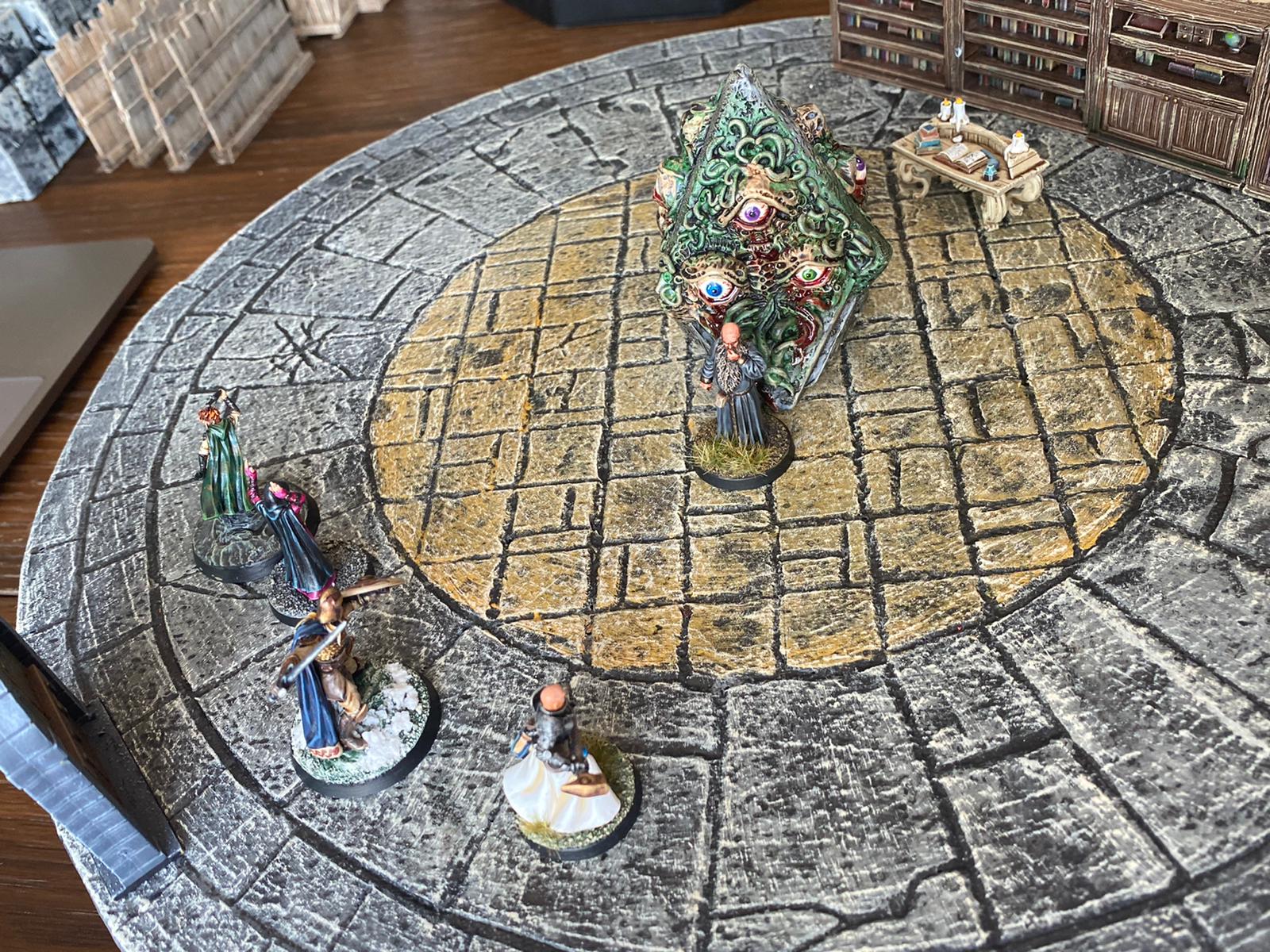 The heroes were almost too late an only had a brief moment to talk to Vivandrum before he fully became part of the monolith forever. From this they learned that trouble was gathering below the city.

Our curious Rogue decided to look at the Monolith through the Black Sapphire to learn more, but the strange and alien things he saw almost drove him mad and he fled screaming down the street. The rest of the party assumed it was one of his tantrums and continued to investigate the house with no further info.

Later one they found the shaking Rogue now having regained his senses but with insight into where to find the the heart of the trouble in the Daisygate sewers.

DM Note, going to Vivandrum’s house was a great idea and one I had not planned for so I had to make this entire section up on the spot… apart from Vivandrum being absorbed into the monolith. That idea was from an encounter I had planned, but that I didn’t need in the end. This is a great example of how modular encounters can be reused to facilitate unexpected story directions.

After some initial challenges with some resident crocodiles, the party met a migrating band of Ratmen, who were relocating due to disturbance near their old home. This quickly led the party to the entrance of the cultists’ hide out. 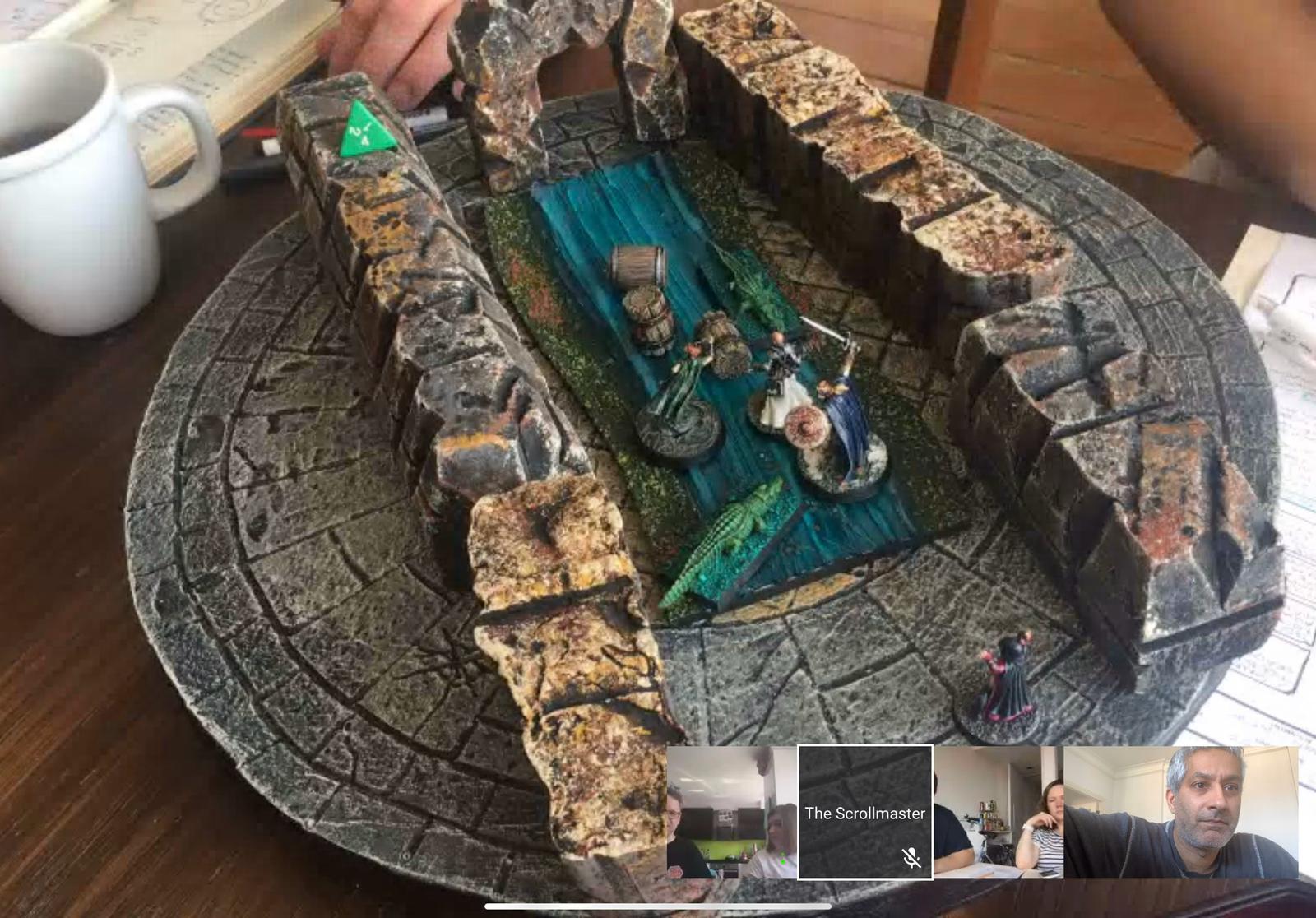 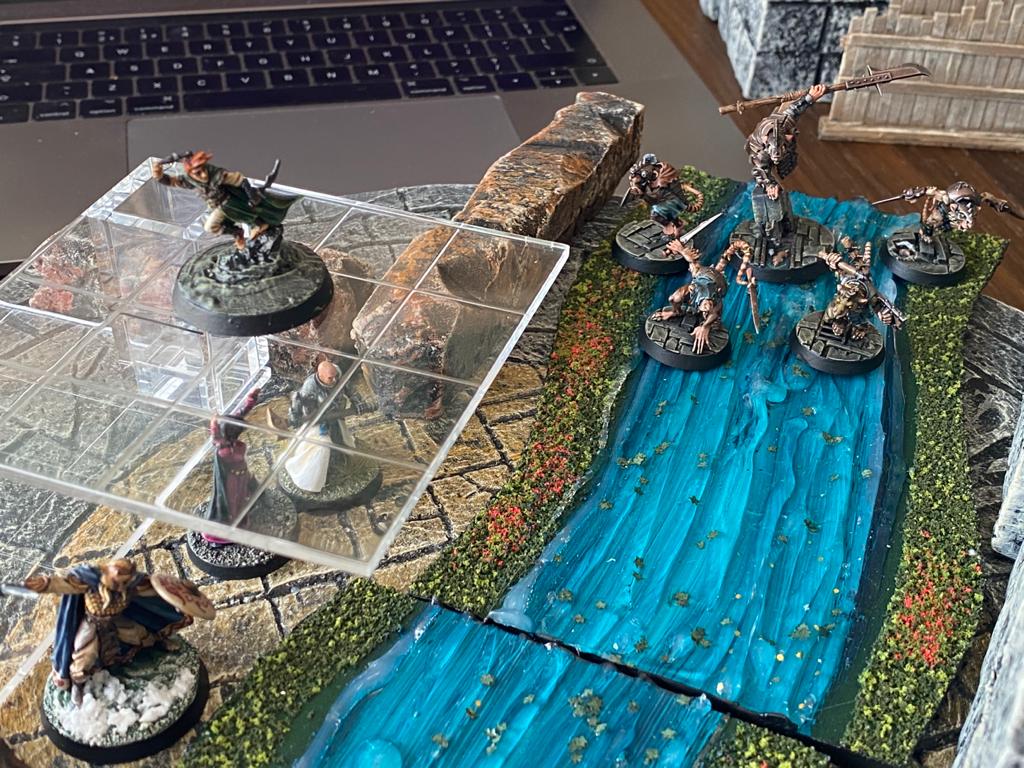 Having saved cultists robes from their previous encounter with the cultists, the party dressed up and although some of them had a bit of a wardrobe malfunction, they collectively still managed to act their way past the Half-Ogre doorman. They fell into the roles so well, that they even managed to team up with a group of real cultists who led them to a special training event that was due to take place. 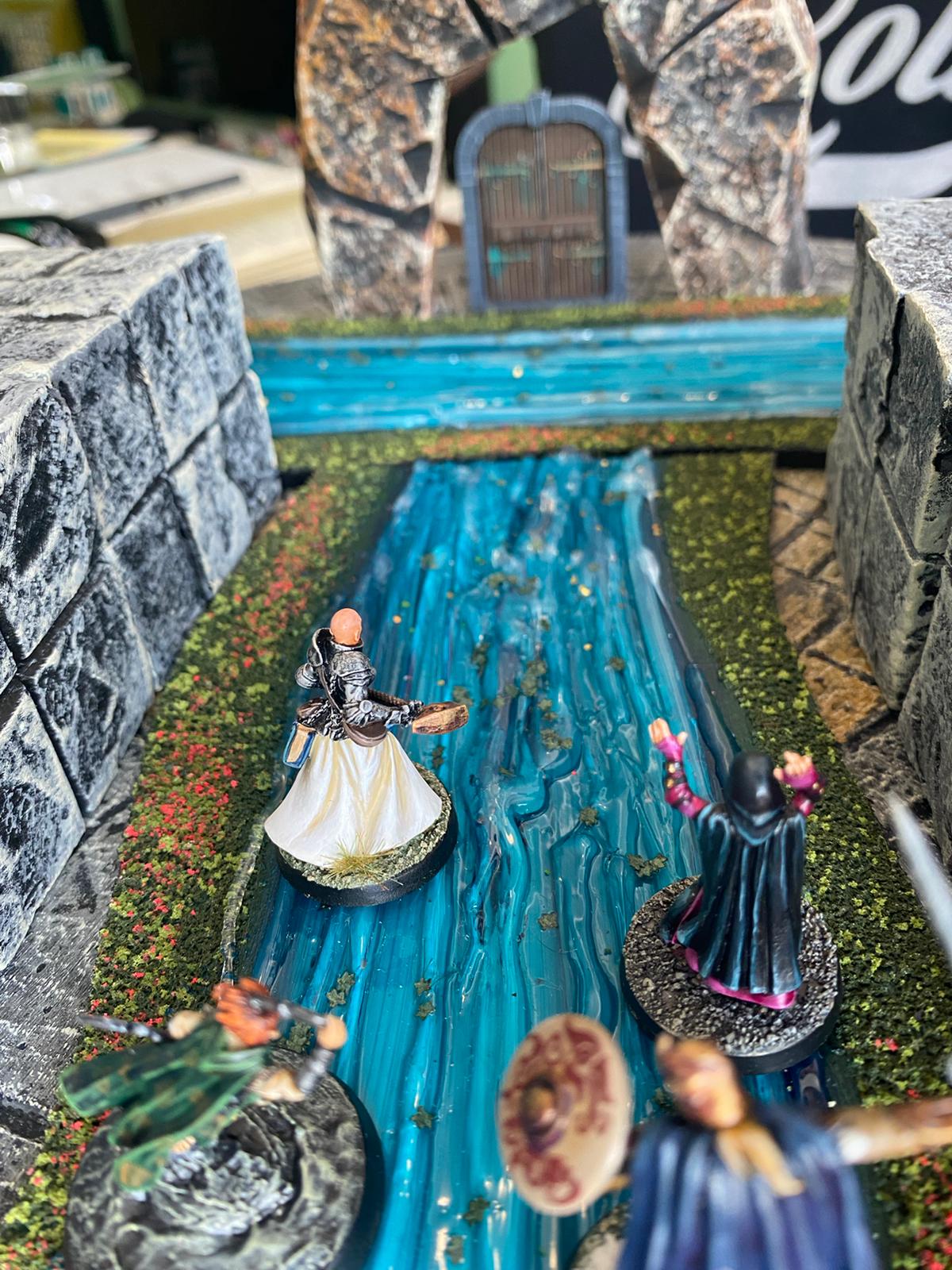 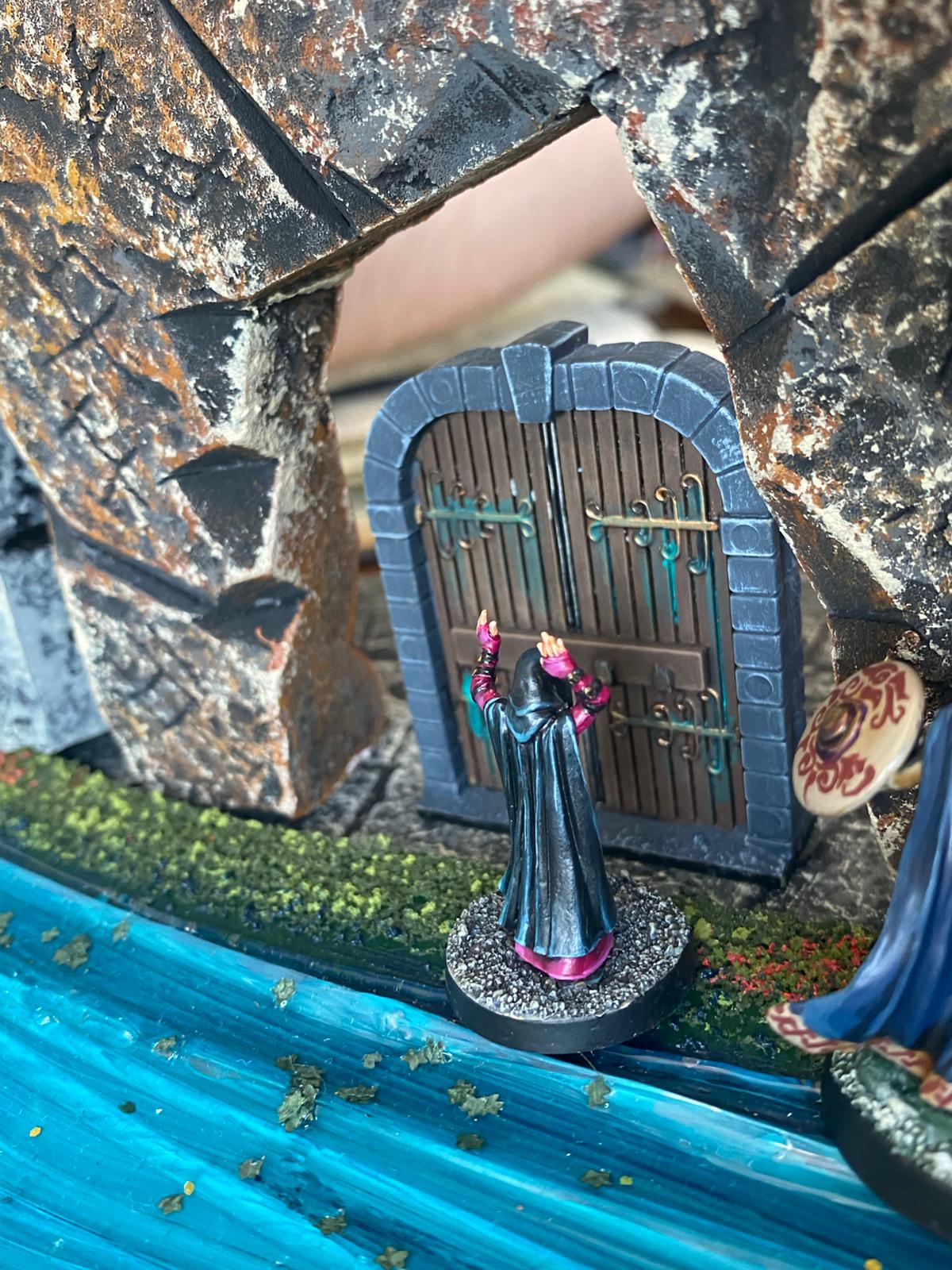 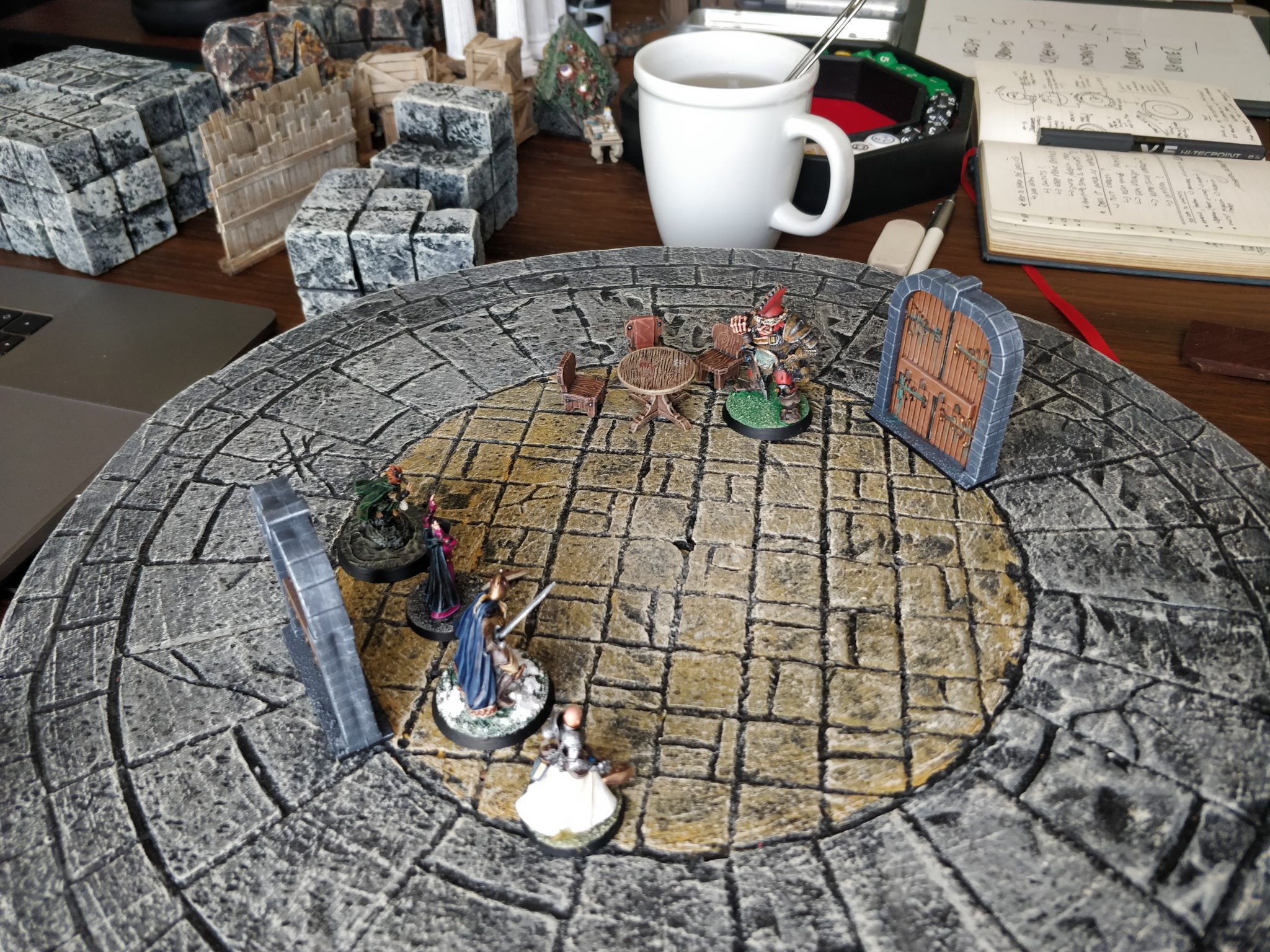 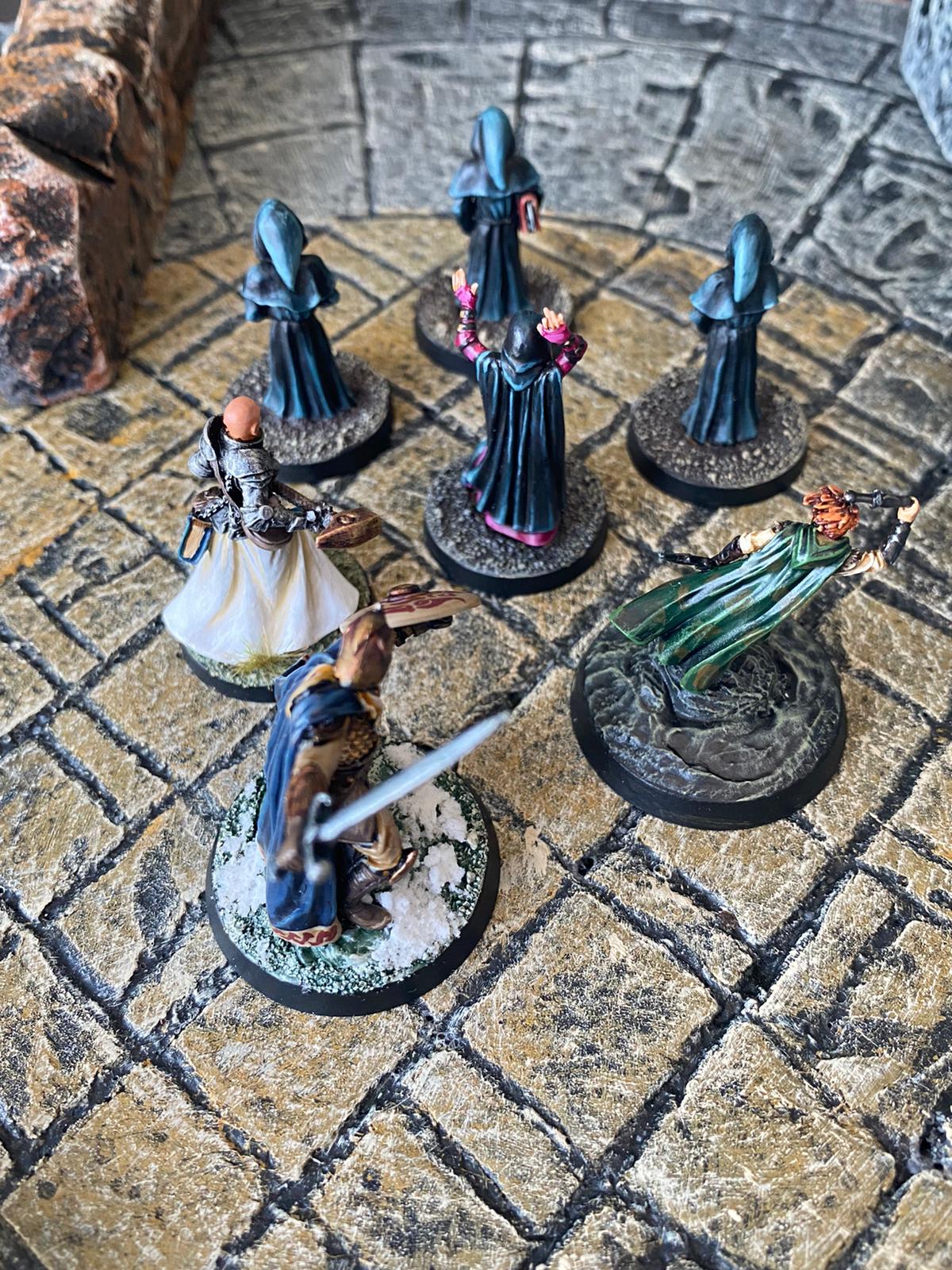 As they entered the training hall, their cover was immediately blown as they face the Mind Flayer and battle commenced.

DM note, I thought this battle was great! In fact, this is how I had wished the end battle of our previous campaign had turned out. The tides of the battle flowed back and forth. The heroes were smart and worked together, the villains weren’t just dumb bags of HP, but genuinely had a purpose and a plan. 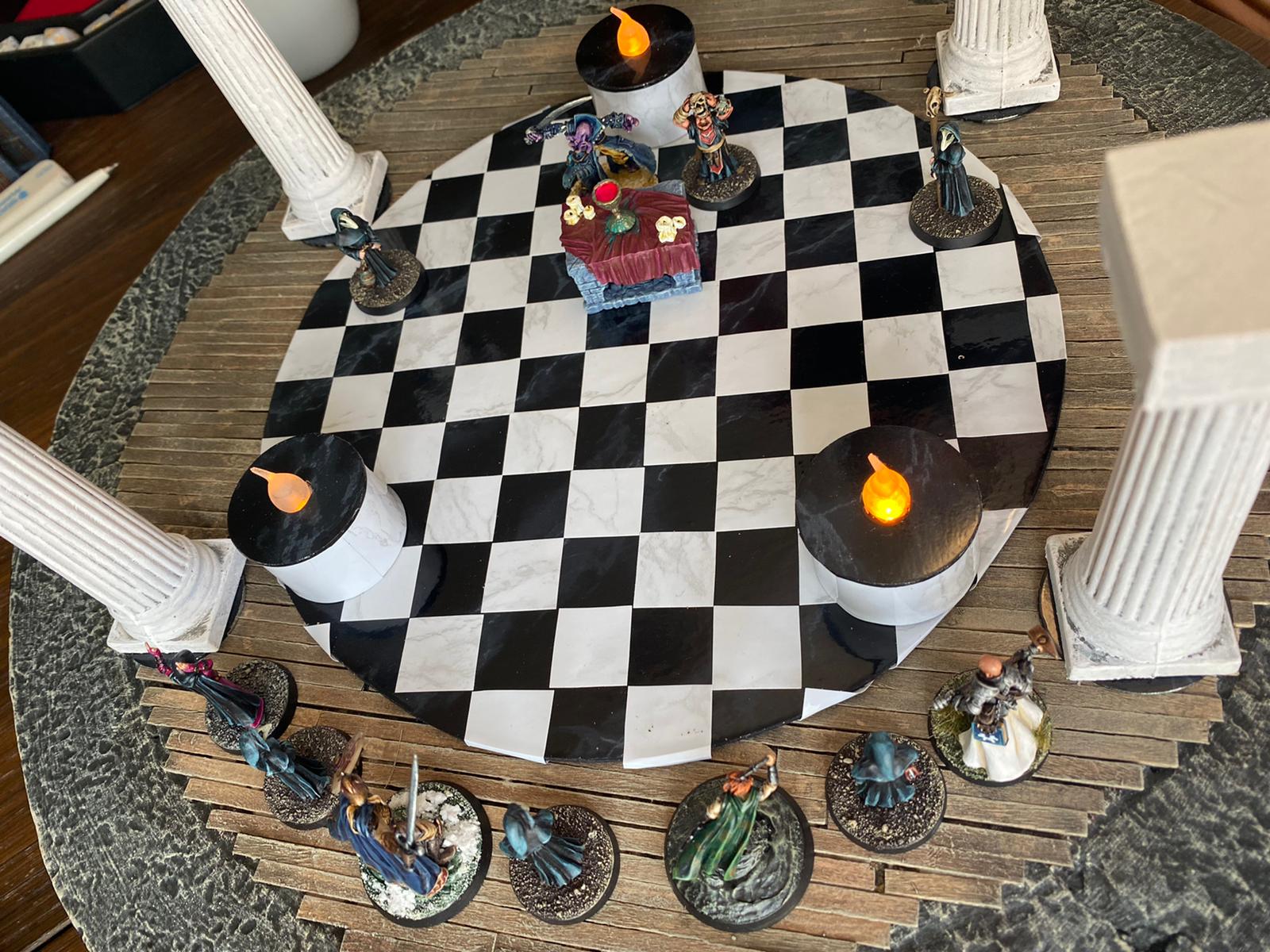 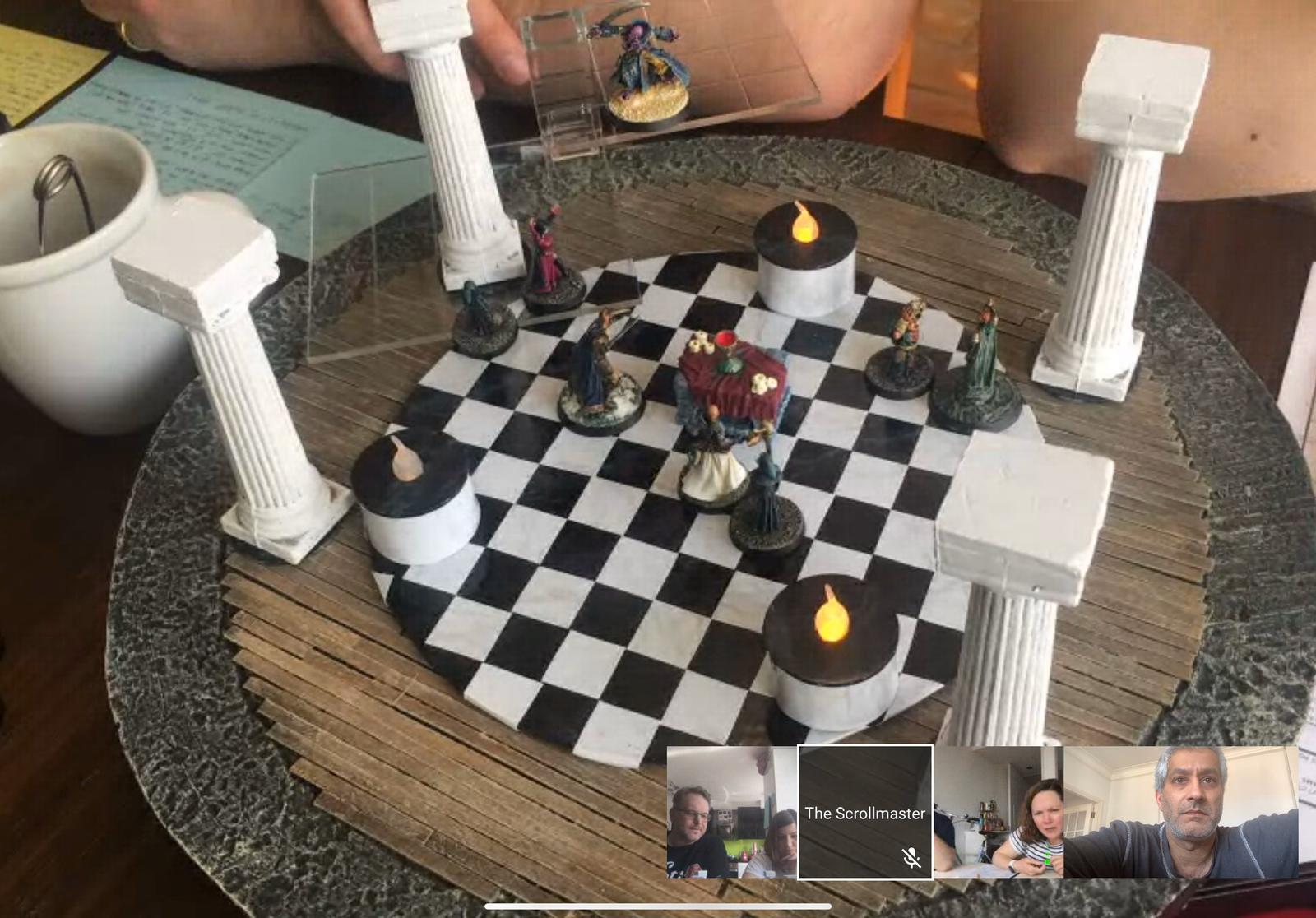 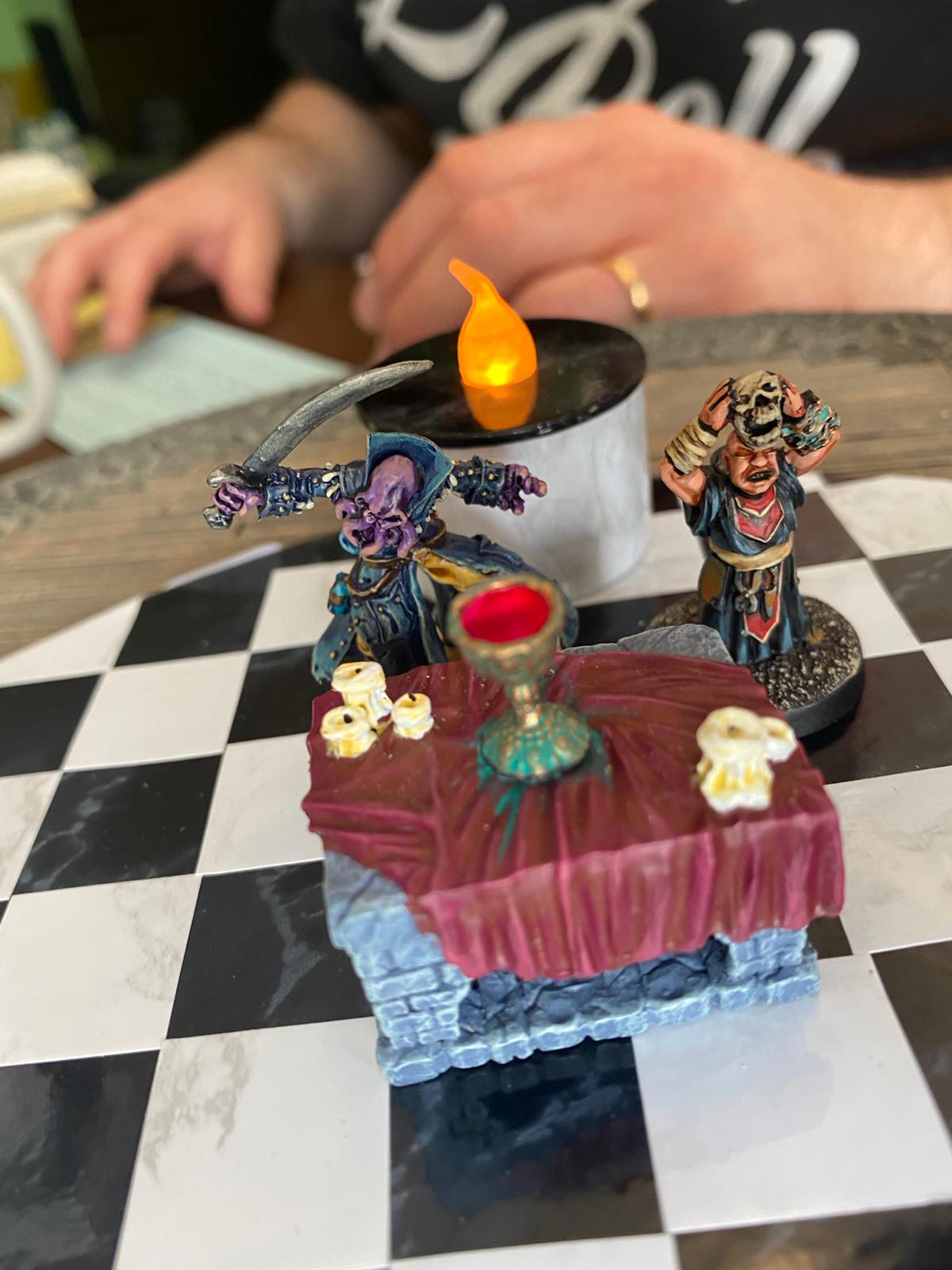 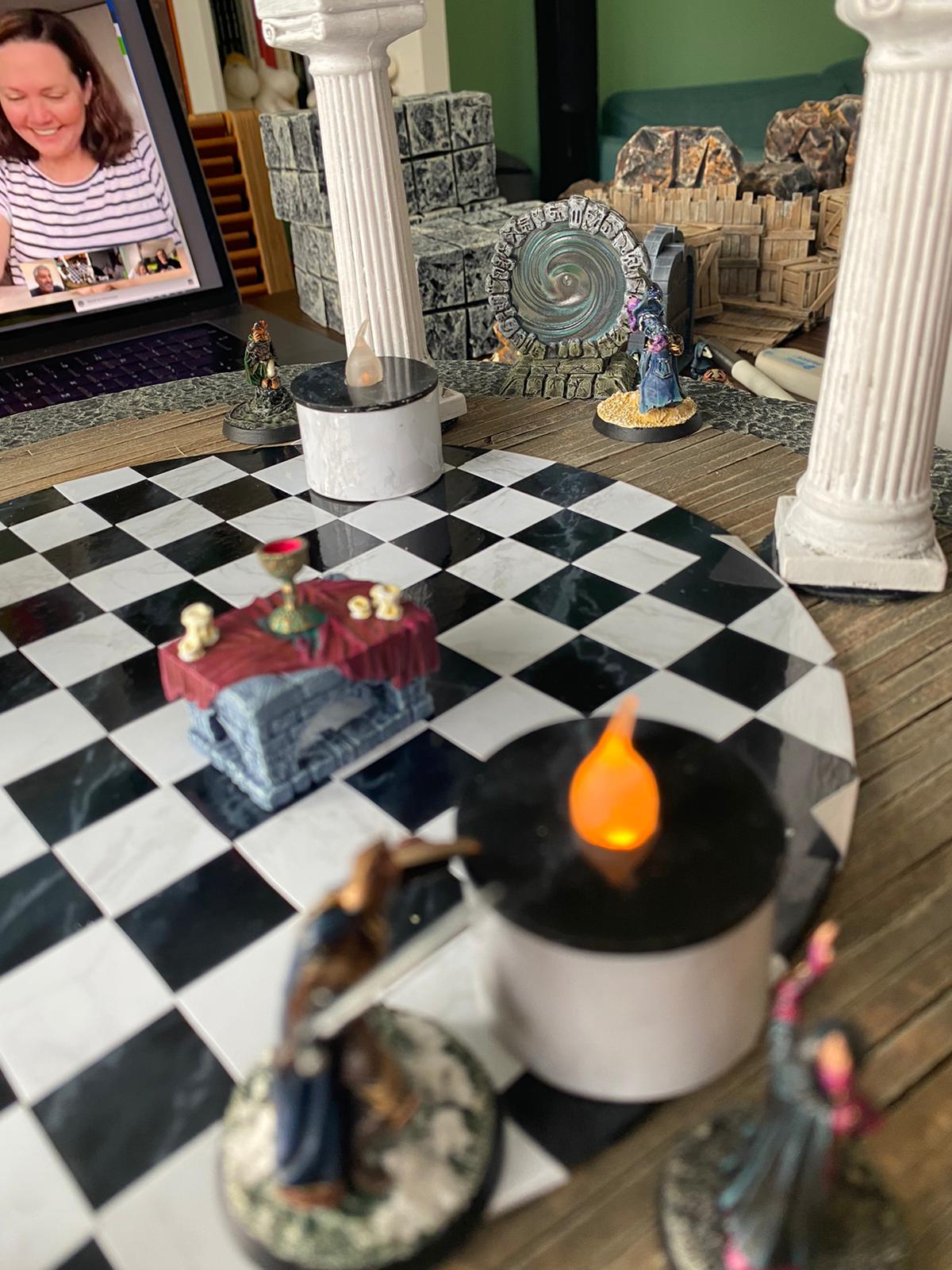 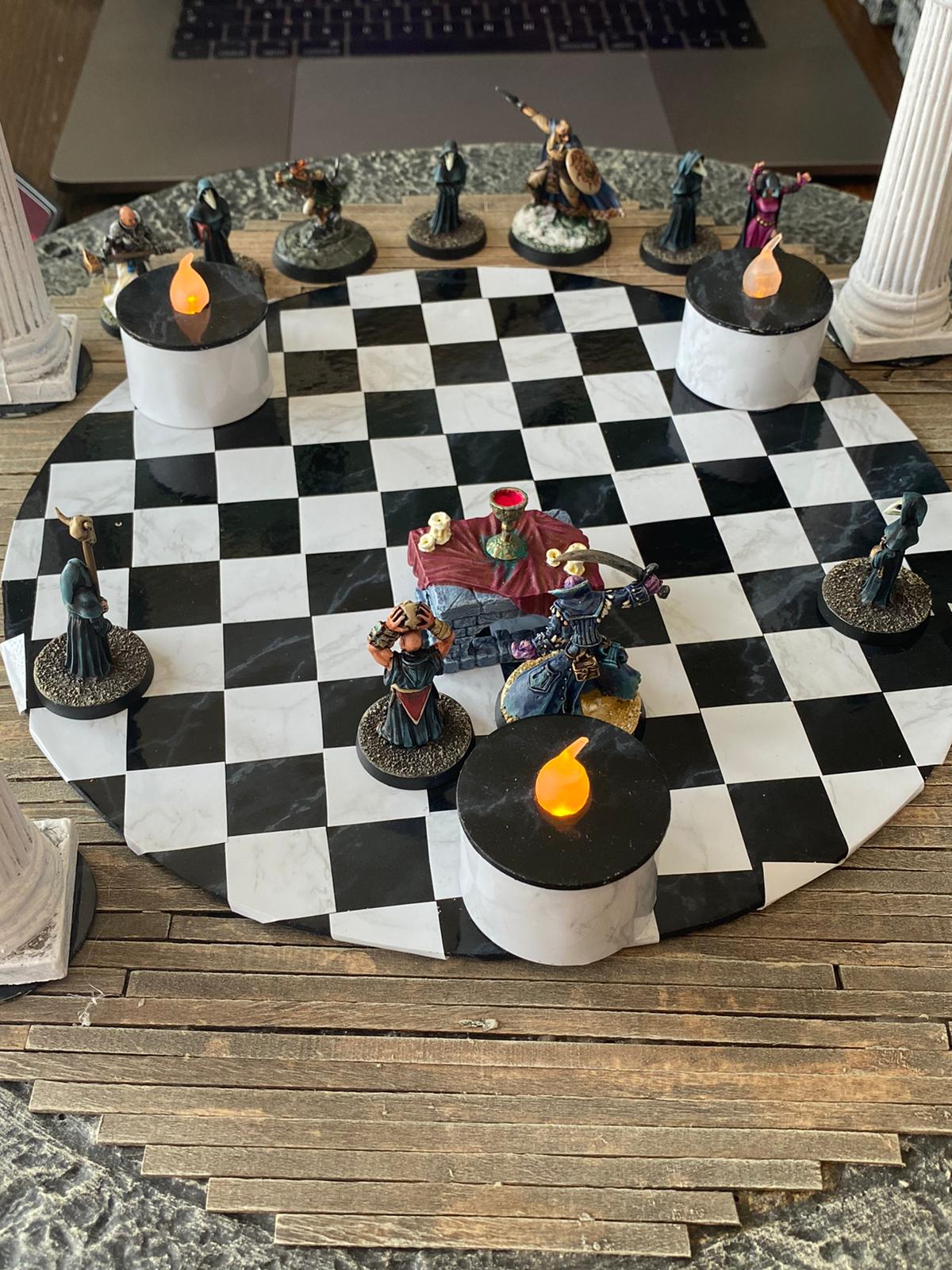 DM Note, this is a great example why I believe in fudging dice and modifying the villains once battle has commenced.

The Mind Flayer acted in its best self-interested, but the Rogue had cleverly positioned himself away from the bulk of the battle. The Mind Flayer had 2 HP left and the Rogue really only had one shot at taking it down.

Had the Rogue failed, I would have let the Mind Flayer escape to the dismay of my players, but that is how D&D should be played: The chance, preparation and tactic on both side determine the outcome. The outcome should never be set. 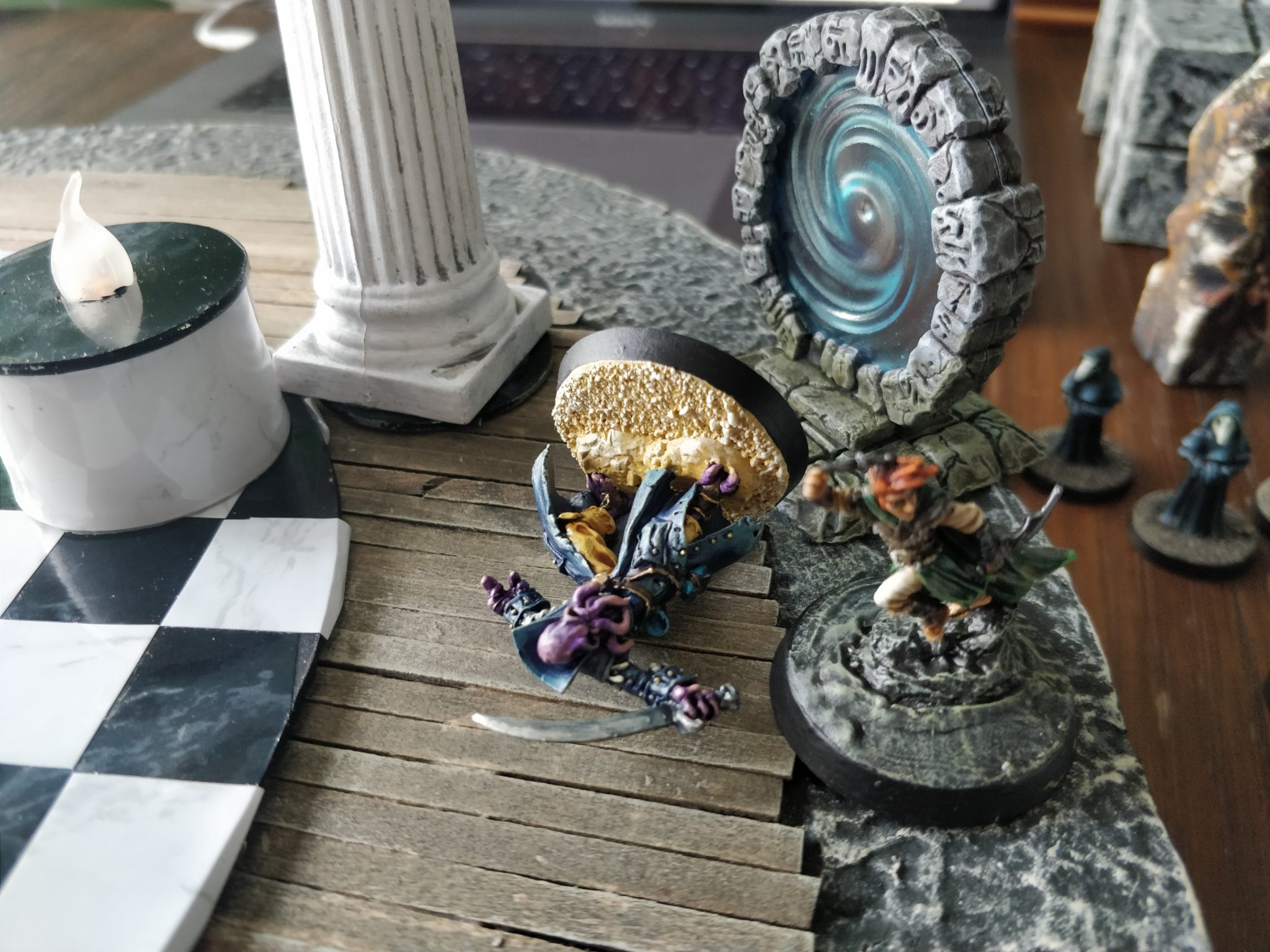 Out of the Mind Flayer’s lifeless body fell a Mind Controlling device similar to the one the heroes have. While it was broken, it will still give the party a chance of understanding how to activate the one they possess.

The question is: What will they do with it once it is turned on? 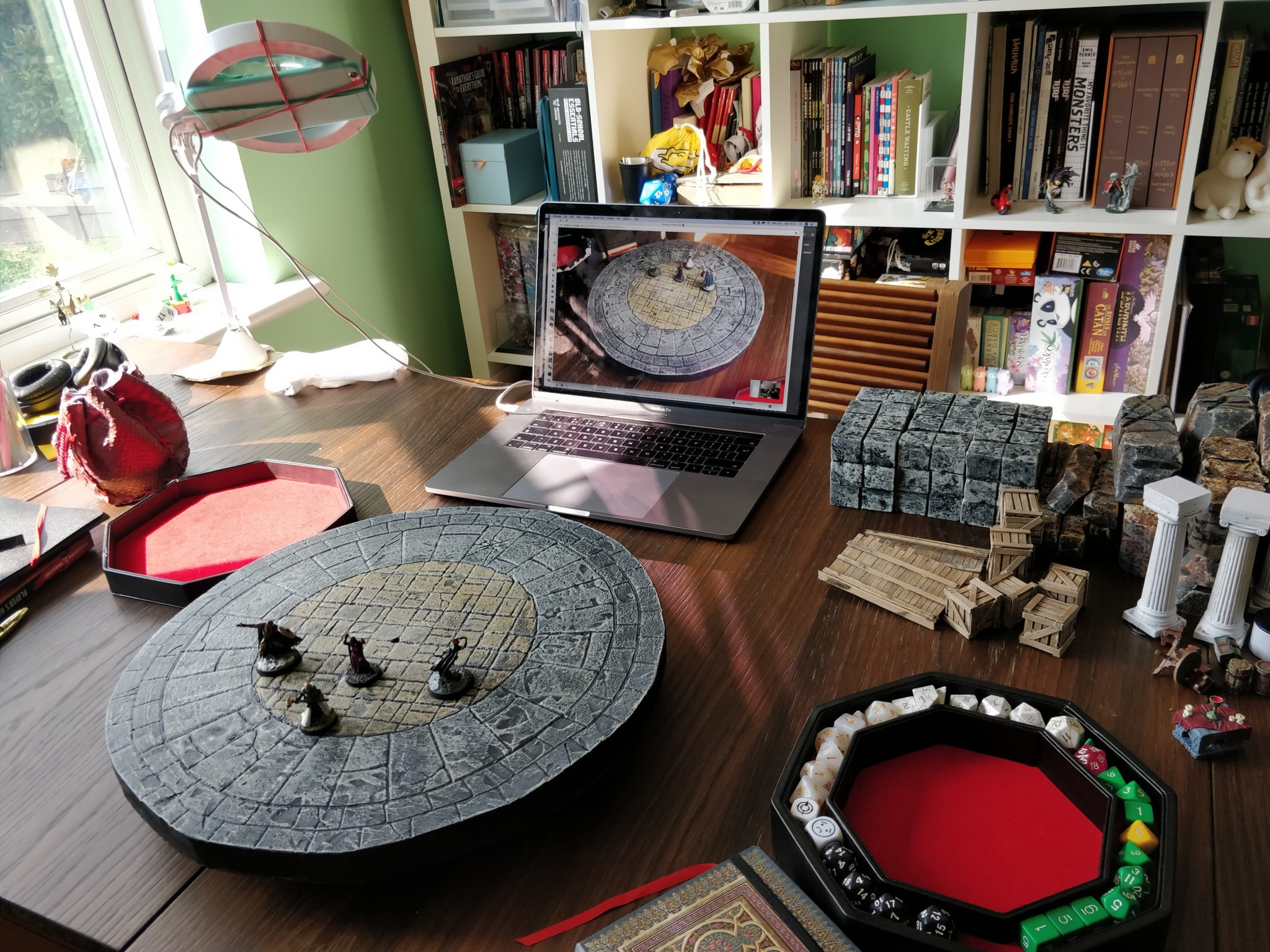 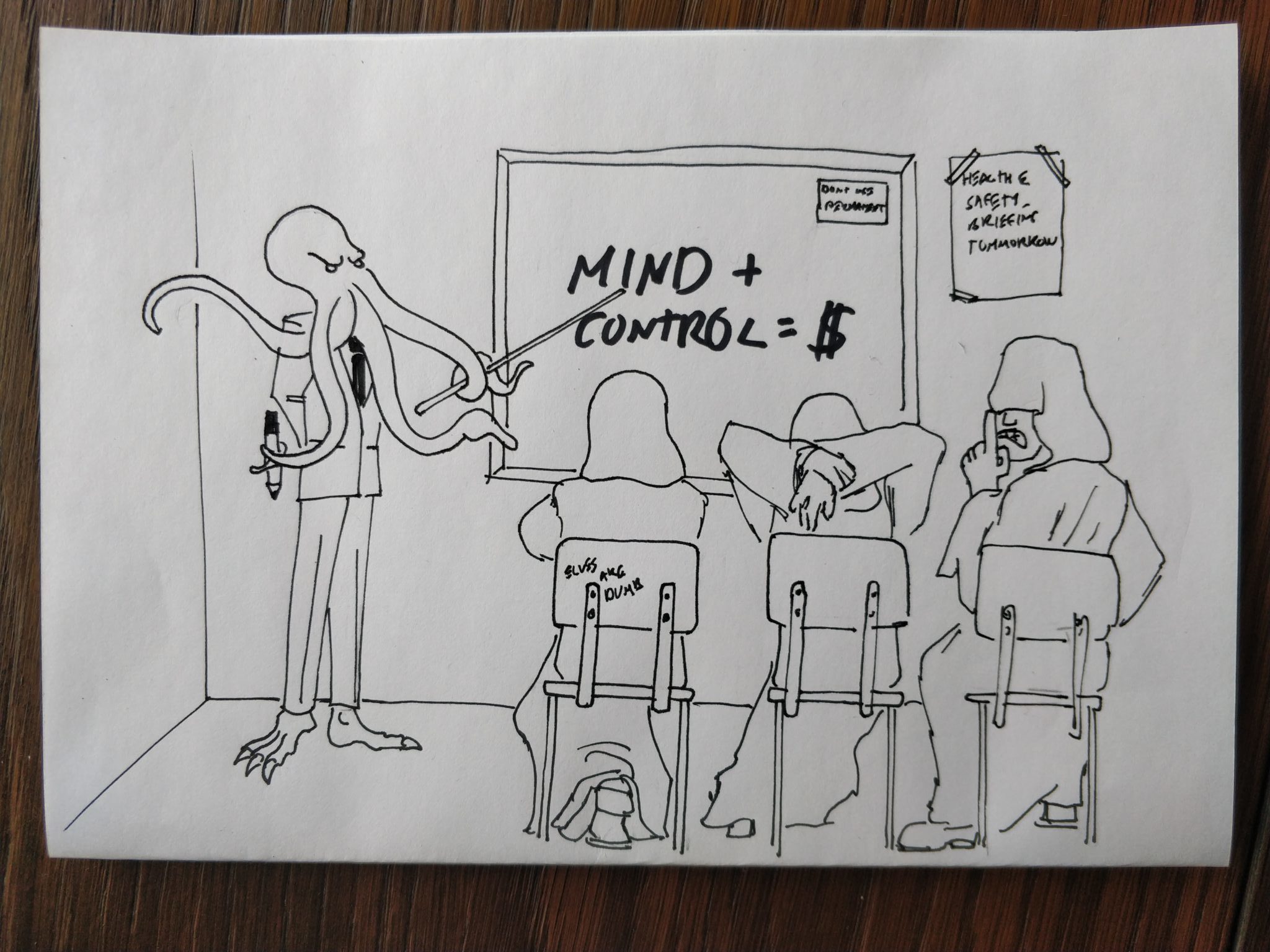