Playing through our first campaign, two survivors early on became partners and later intimate resulting in Patricialina, the young survivor.

To reflect this in the game, we replaced two of the prologue survivors with the intimacy couple and now I got around to paint them too!

In my mind, if two survivors reach the stage where they feel safe enough to become intimate, they would have reached a certain level of comfort and familiarity with the weird world they’ve found themselves in. To reflect this, I wanted to give them clothes that were a bit more bright and felt like it had been chosen compared to the rags of the prologue survivors.

I originally wanted to be quite gender “blunt” with these two intimacy seeking survivors by giving the man something blue and the woman something red… but then I suddenly need the red for another survivor, so opted for a more purple outfit for the woman. 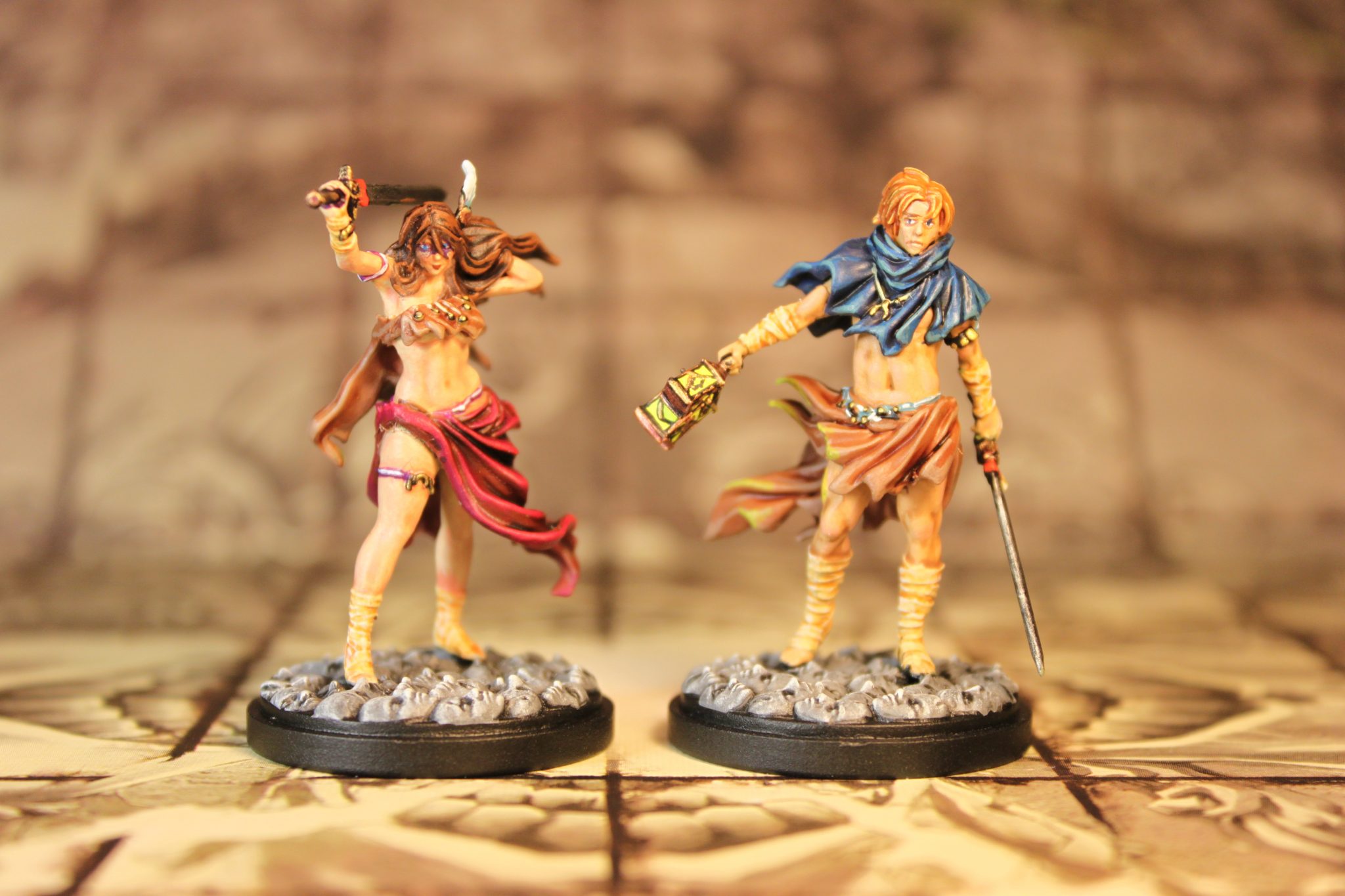 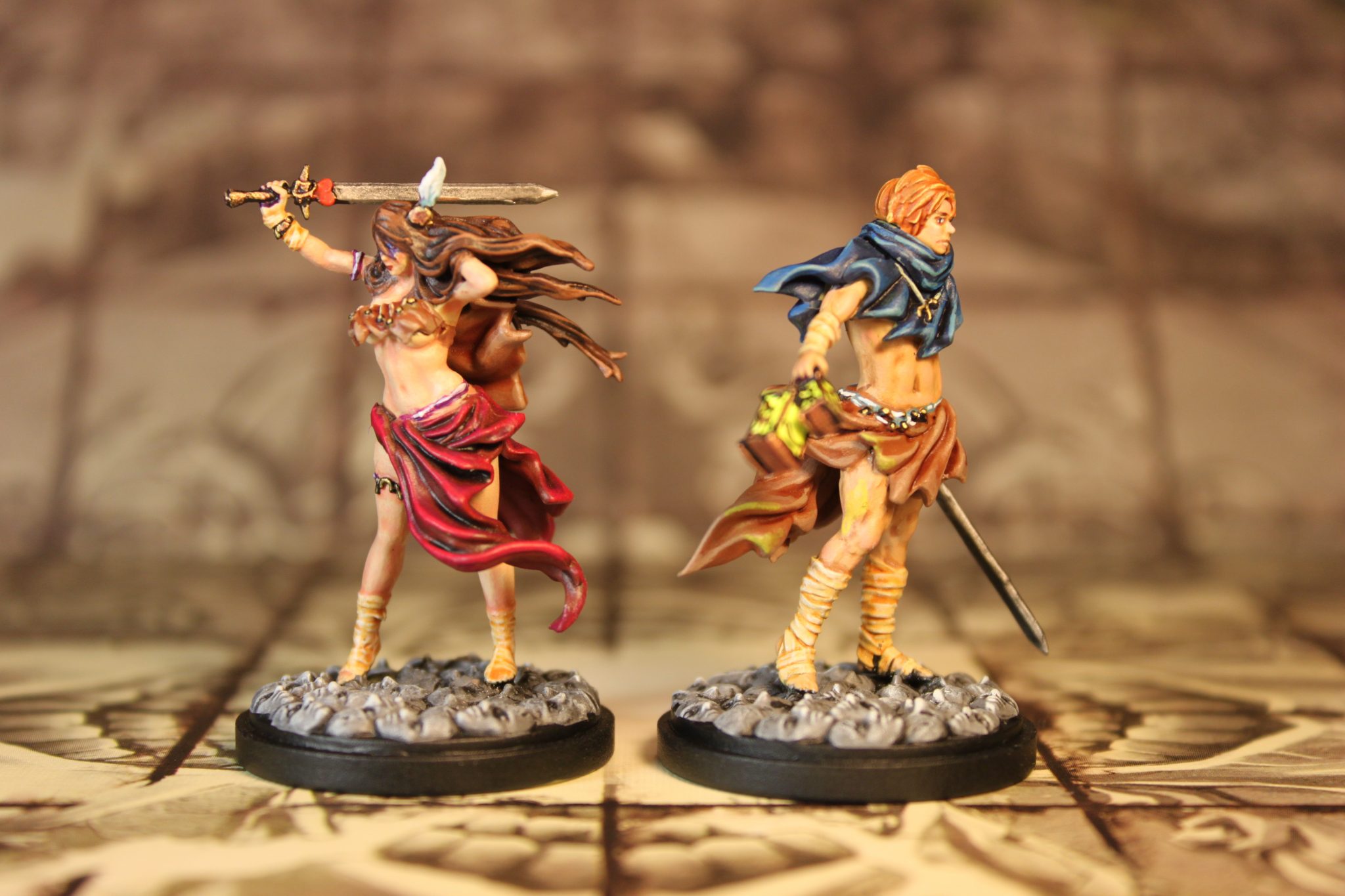 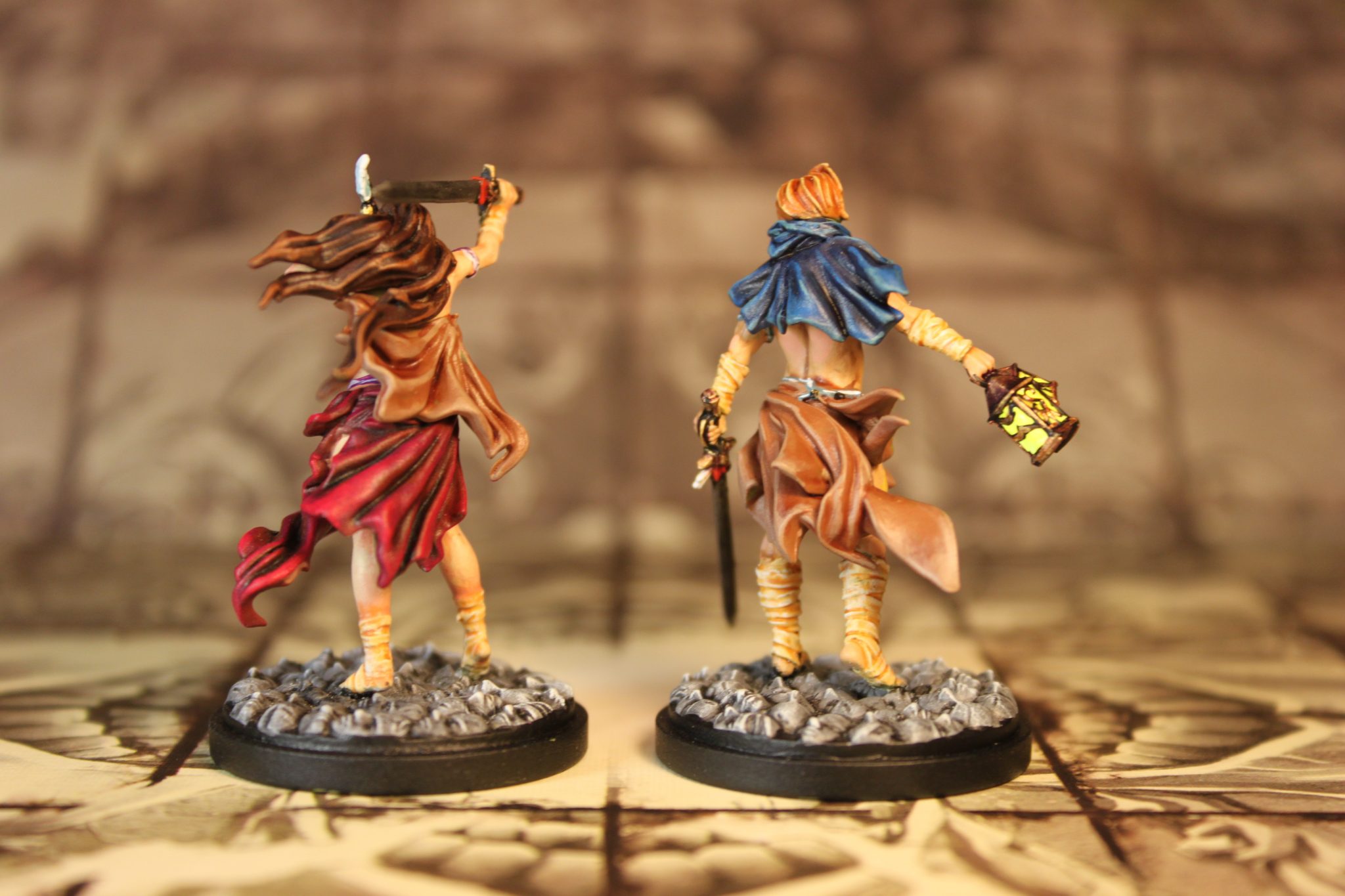 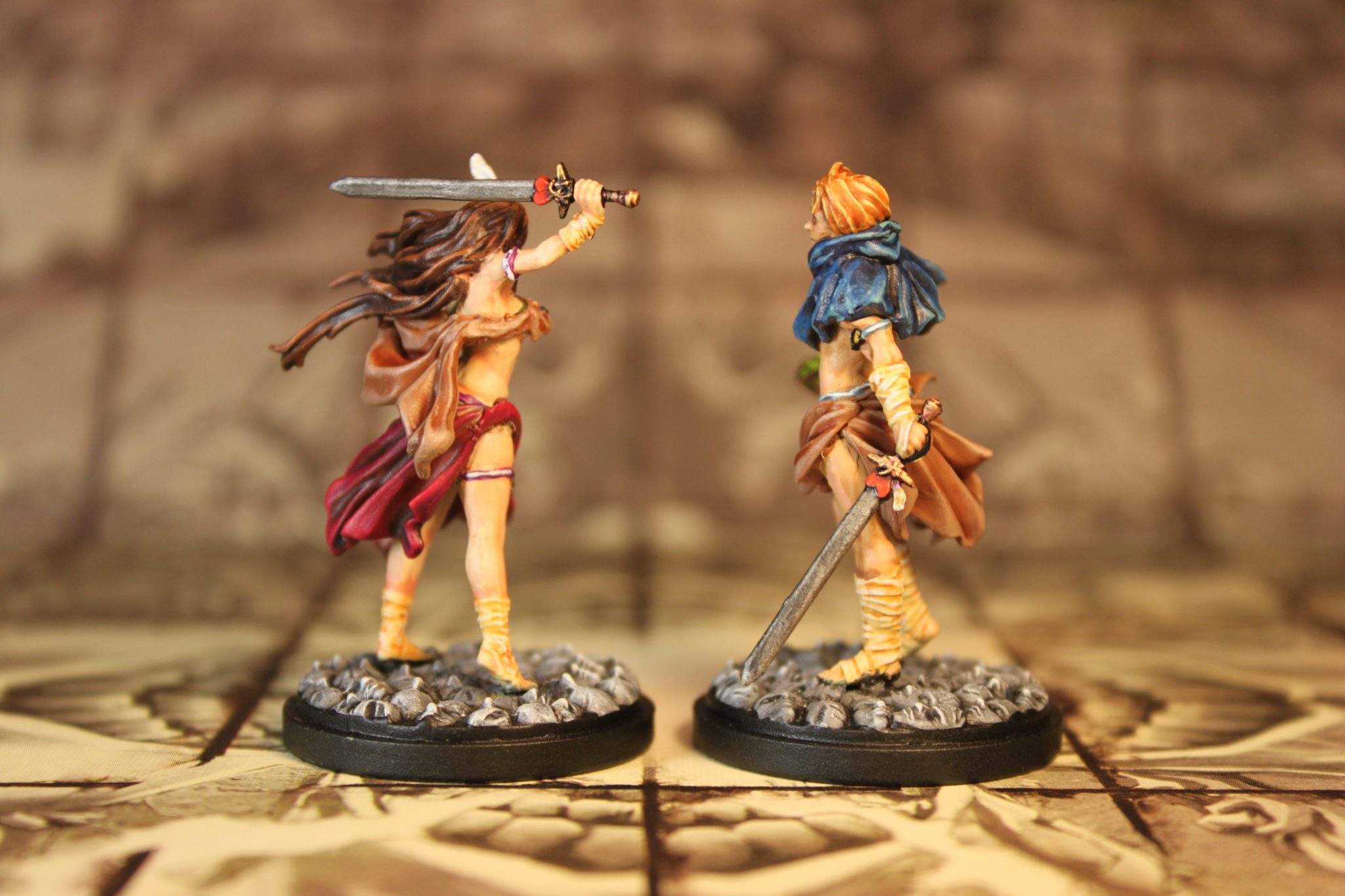 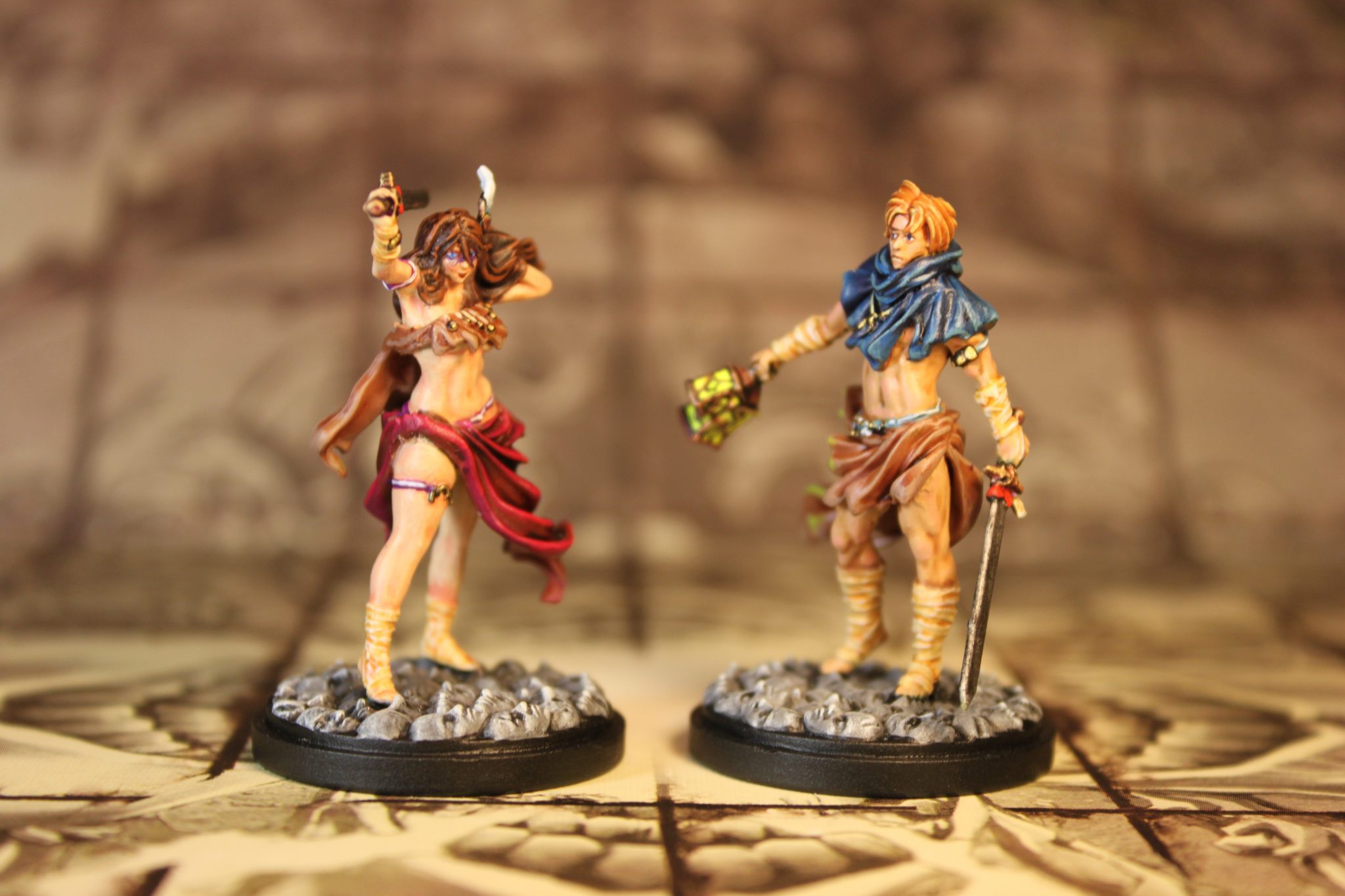