A bit of background story

Unknown to them, their path would soon cross with that of the local Ranger, the Human Kaari Stormwind.

Kaari was a child of “The Water Called“, a group of reclusive, but harmless mystics worshipping the element of water and as such had settled down near the mighty waterfall “Titan Roar” near the town of “Moonbridge“.

Unfortunately a misguided group of Pelor followers called “Templar Luminis” saw the Water Called as dangerous witches and would steal their children to save them from the Water Called’s wickedness. One such child was Kaari, but she managed to escape and made a name for herself as the Ranger / Protector of the town.

The Templar Luminis hired some mercenaries to hunt down and kille Kaari, but as they attacked the lone ranger, luck would have it that Seipora and Thorgga happened to pass by and saved the Ranger.

From that day on the three was an inseparable team of able warriors the town could turn to for hands-on aid with dangerous tasks… for payment ofcourse. 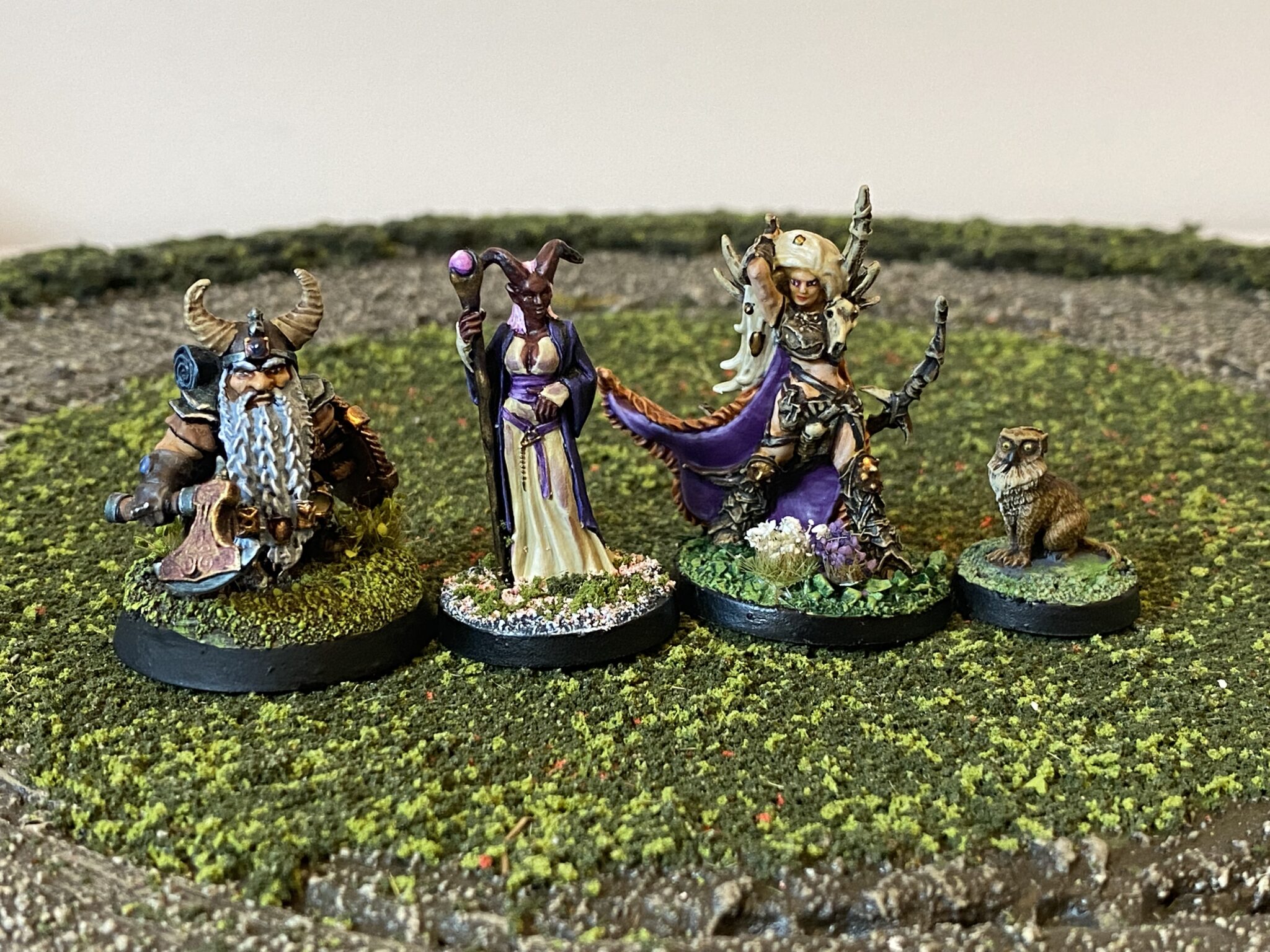 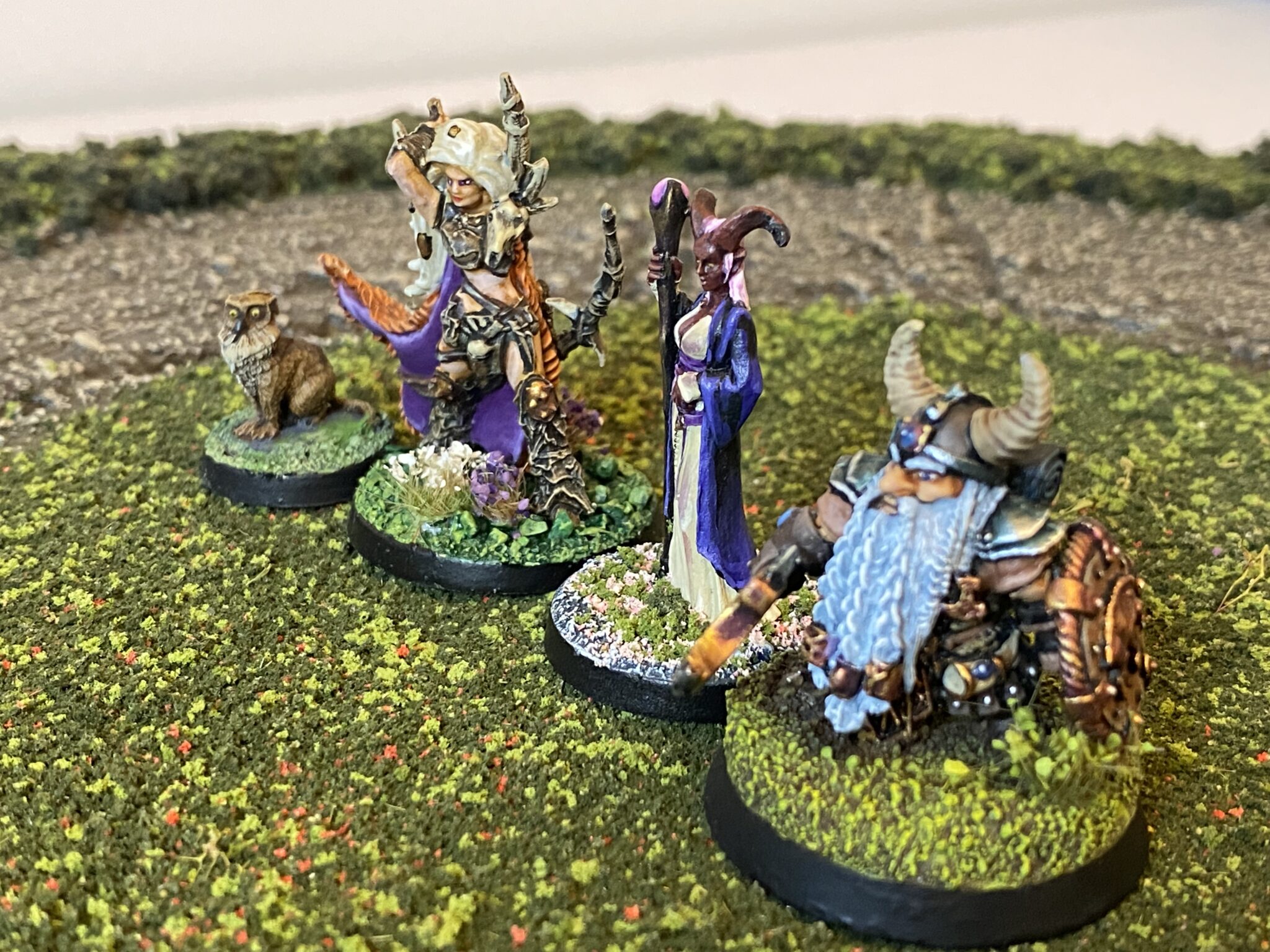 Where we start our campaign

Kaari, Seipora and Thorgga had hunted down some troublesome goblins and found themselves sitting by the fire in local tavern “The Mighty Duck” 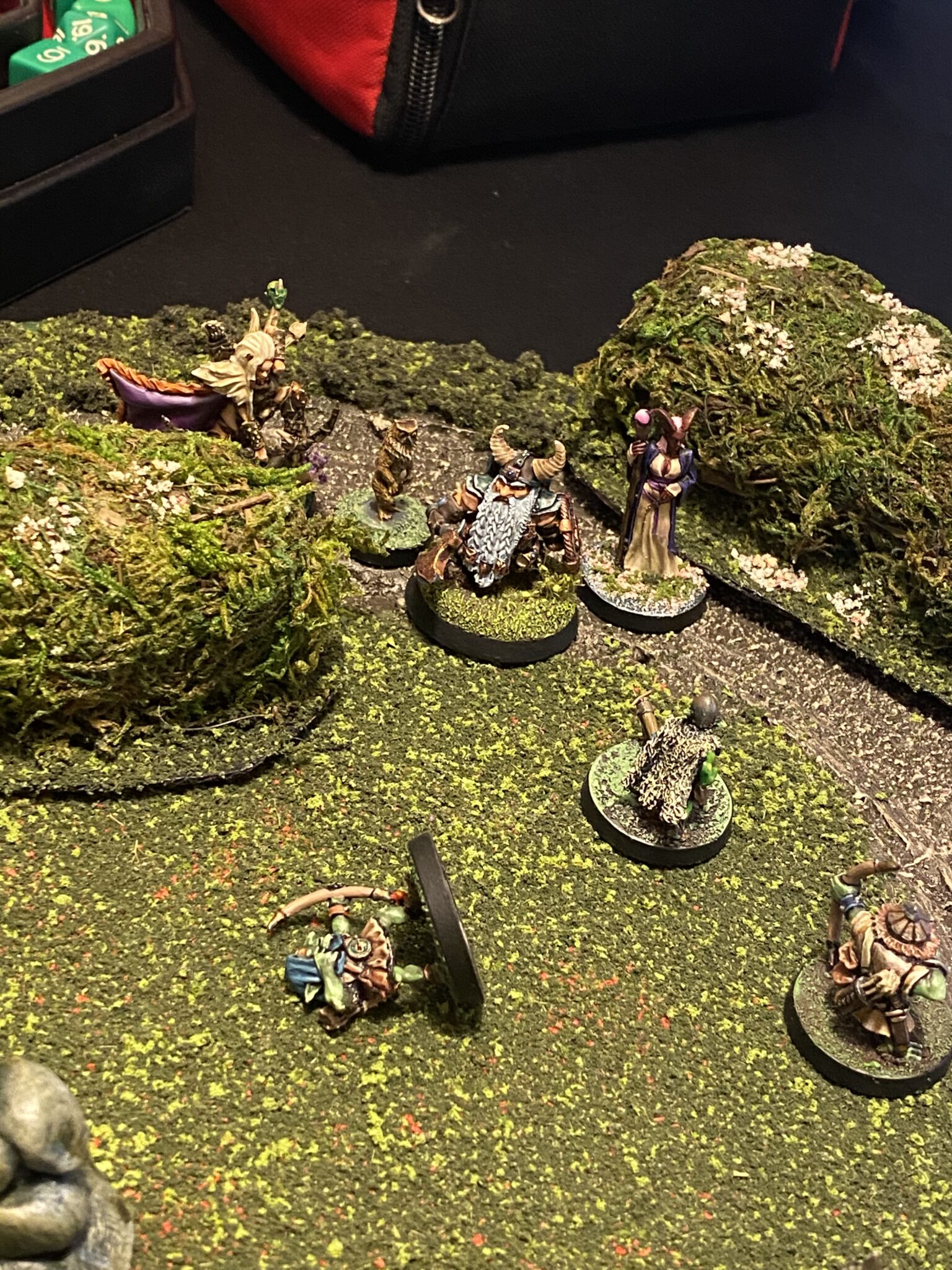 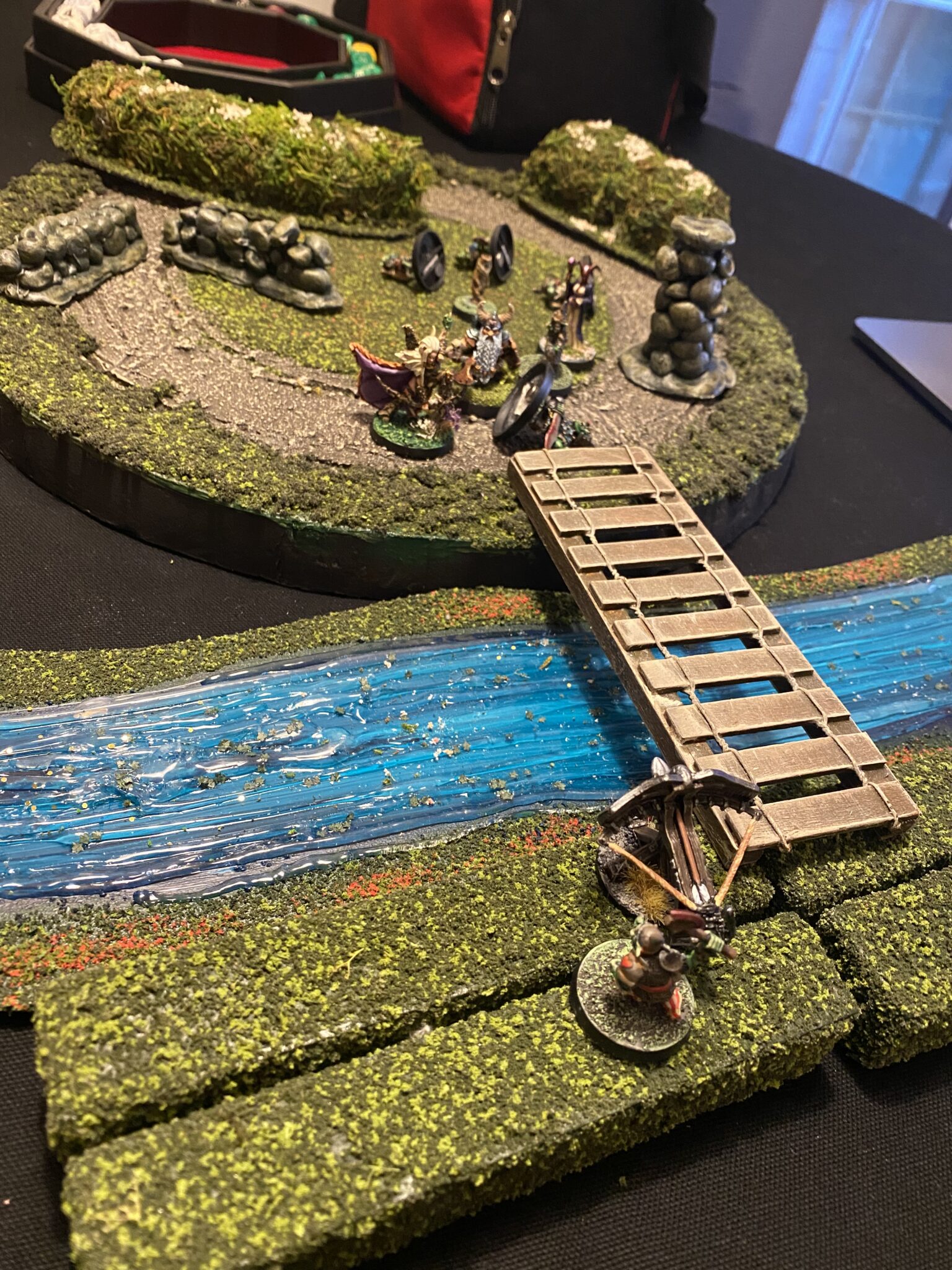 It had been a good day!

And the Templar Luminis thugs who came in, proved no match for the trio, who had the moral support of the townsfolk in the tavern. 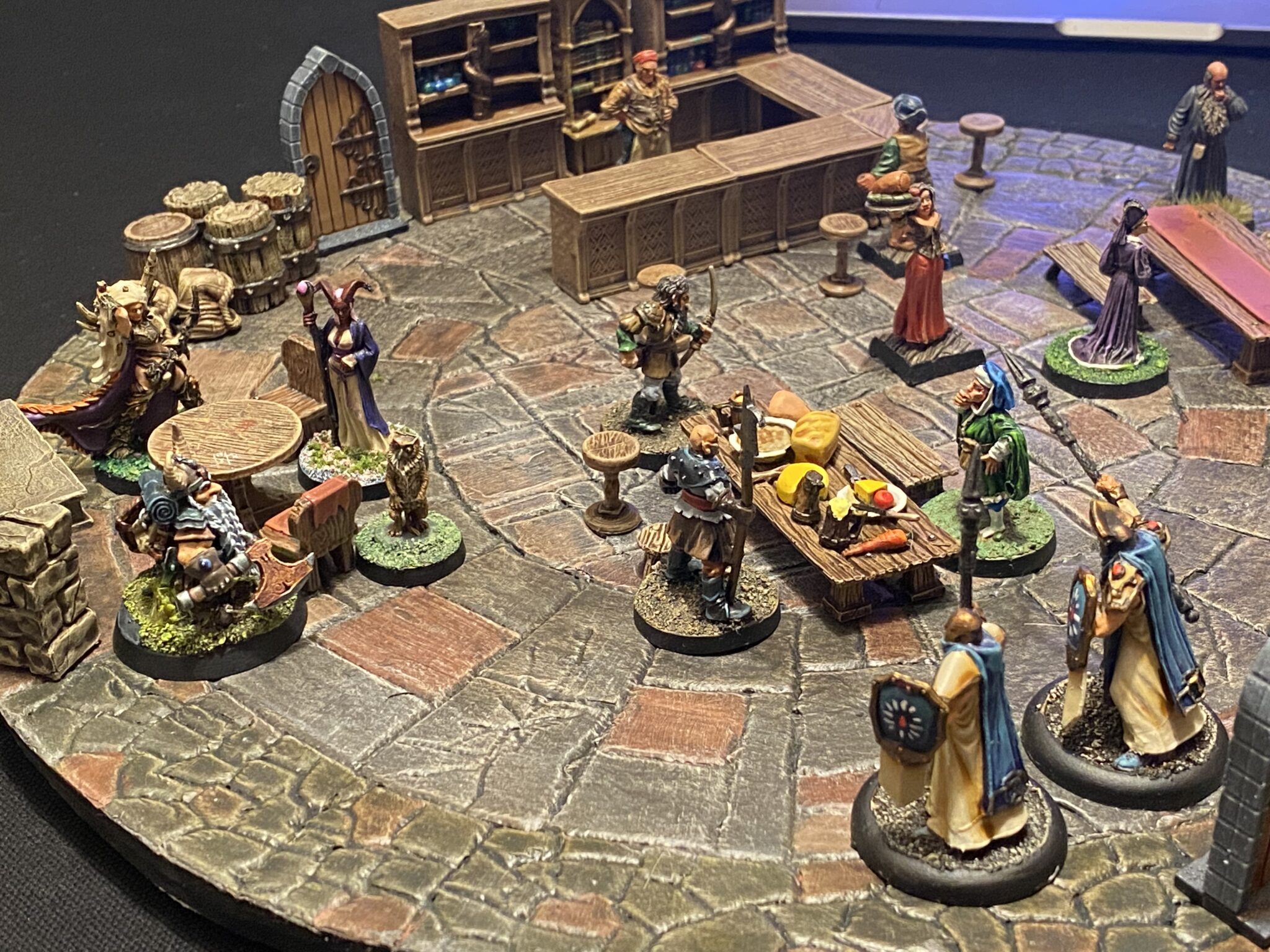 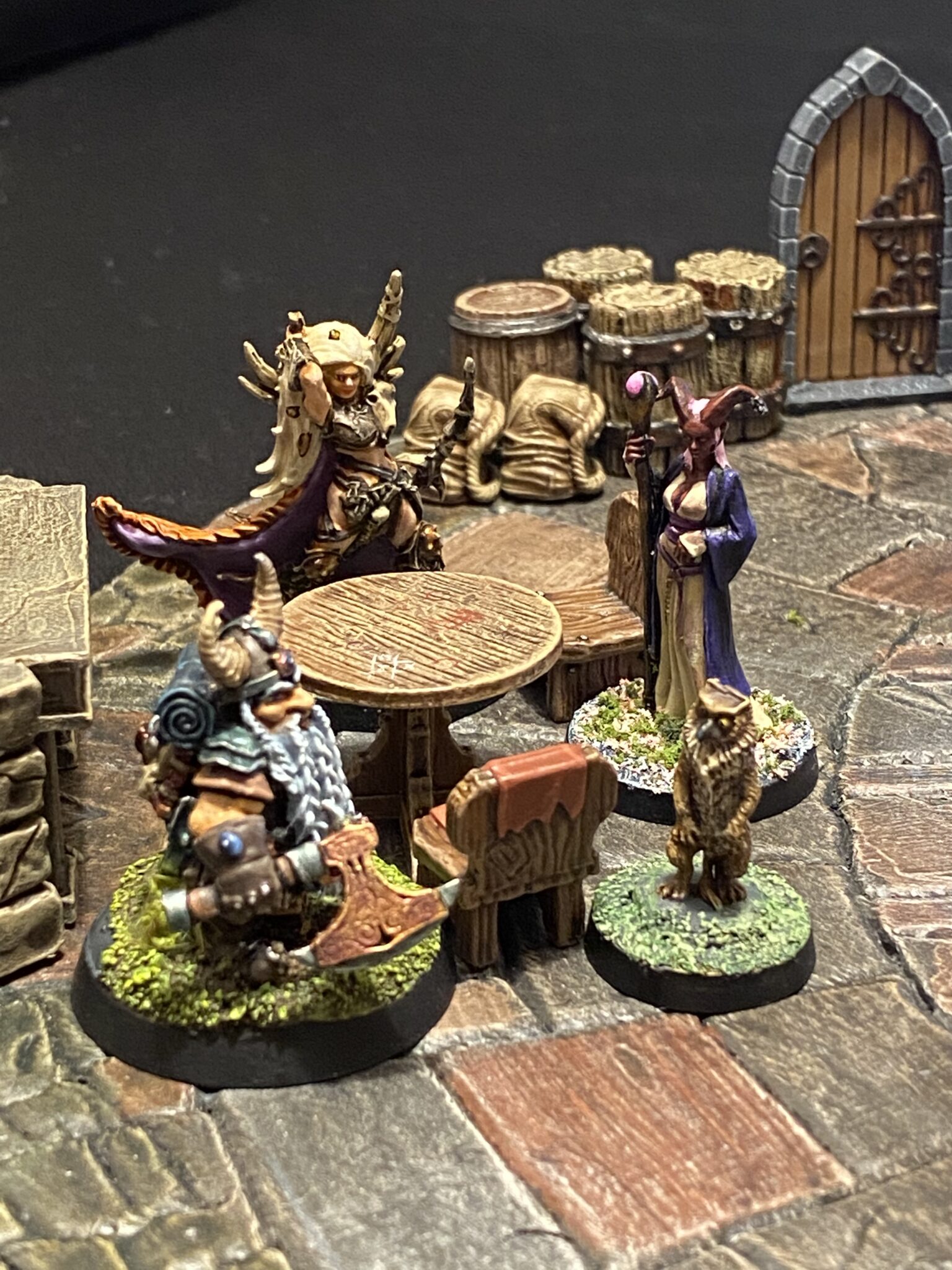 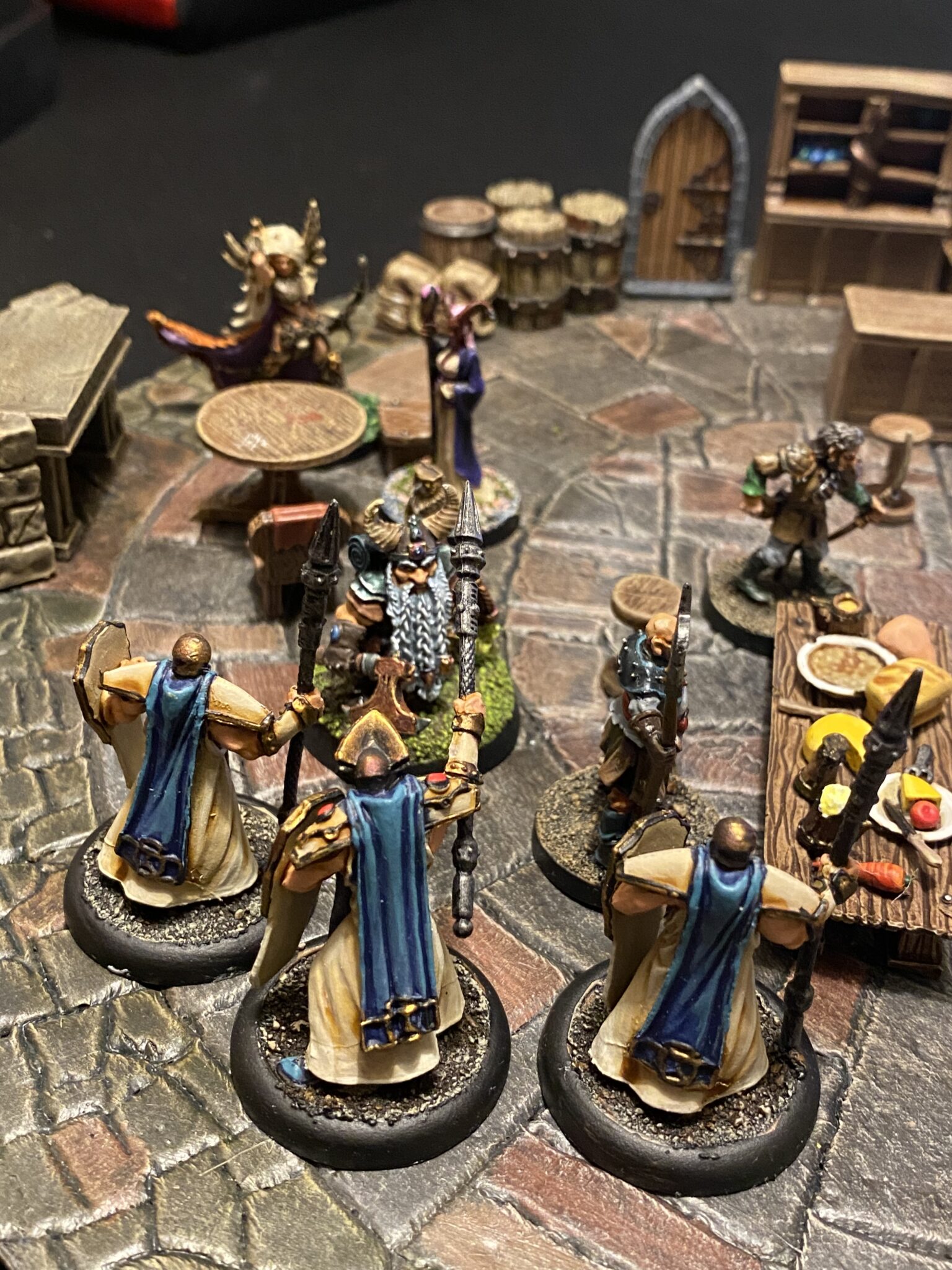 But suddenly, mid brawl, the whole ground gave a sudden violent jerk throwing almost everybody off their feet.

Forgetting the fight, both templars and heroes ran outside to see what was going on, only to be hit by a second violent shock. 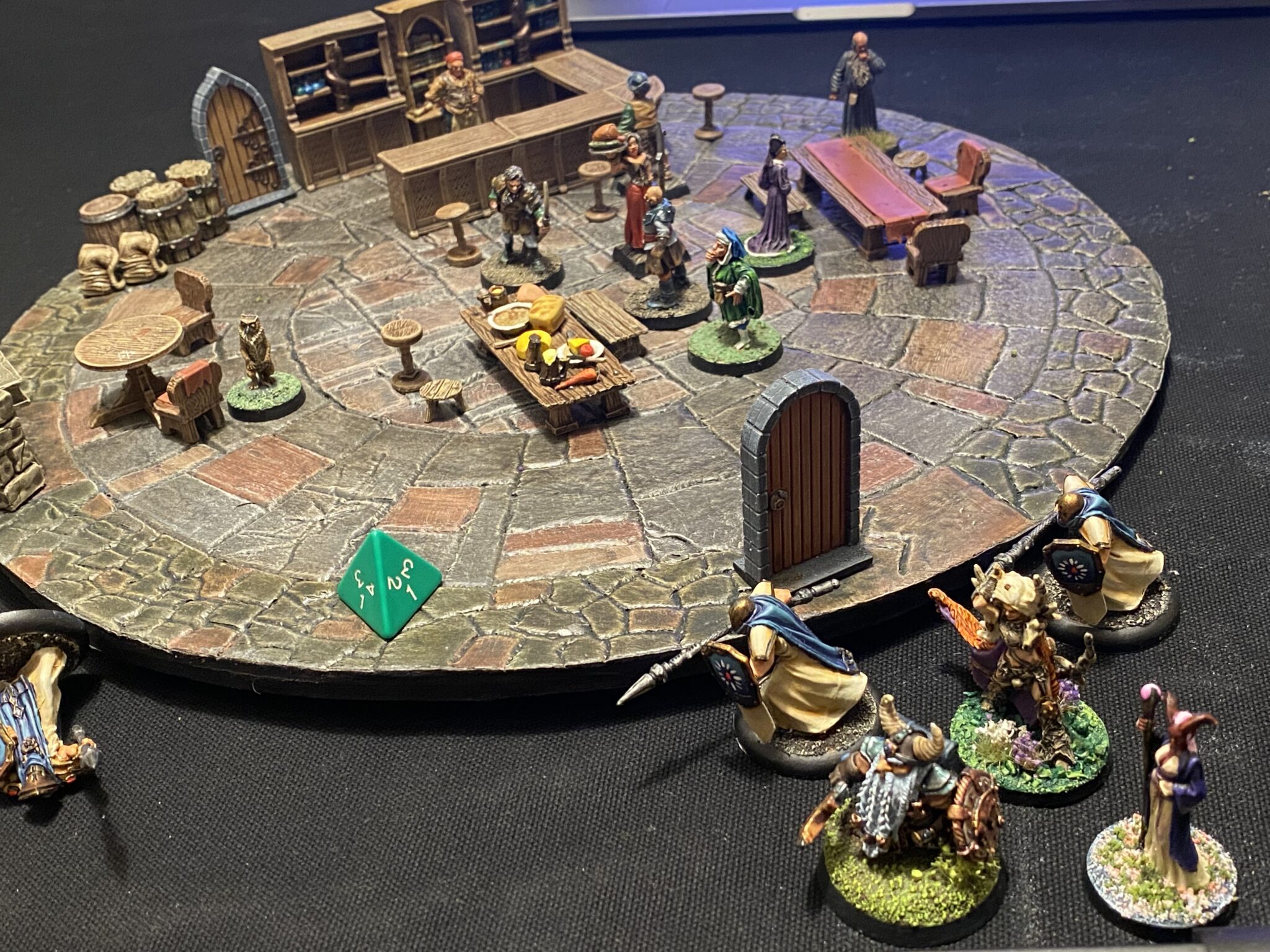 Outside the night sky 100s of kilometers away was lit up by the magic battle between the forces of Obanastre and the forces of the Underworld Empire of the Drow.

The war had raged on for years but had recently increased in intensity. But this was new. This was truly awe-striking, but before anybody could gather their wits, a blinding light engulfed all.

The blinding light followed by a deep darkness. Thorgga had not diverted his gaze in time so he was left blinded.

Kaari, with no natural support in the dark, found a equally disabled Templar, but Seipora, with her ability to see in the dark, could distinguish cavern shapes and tall unfamiliar fluorescent mushroom. 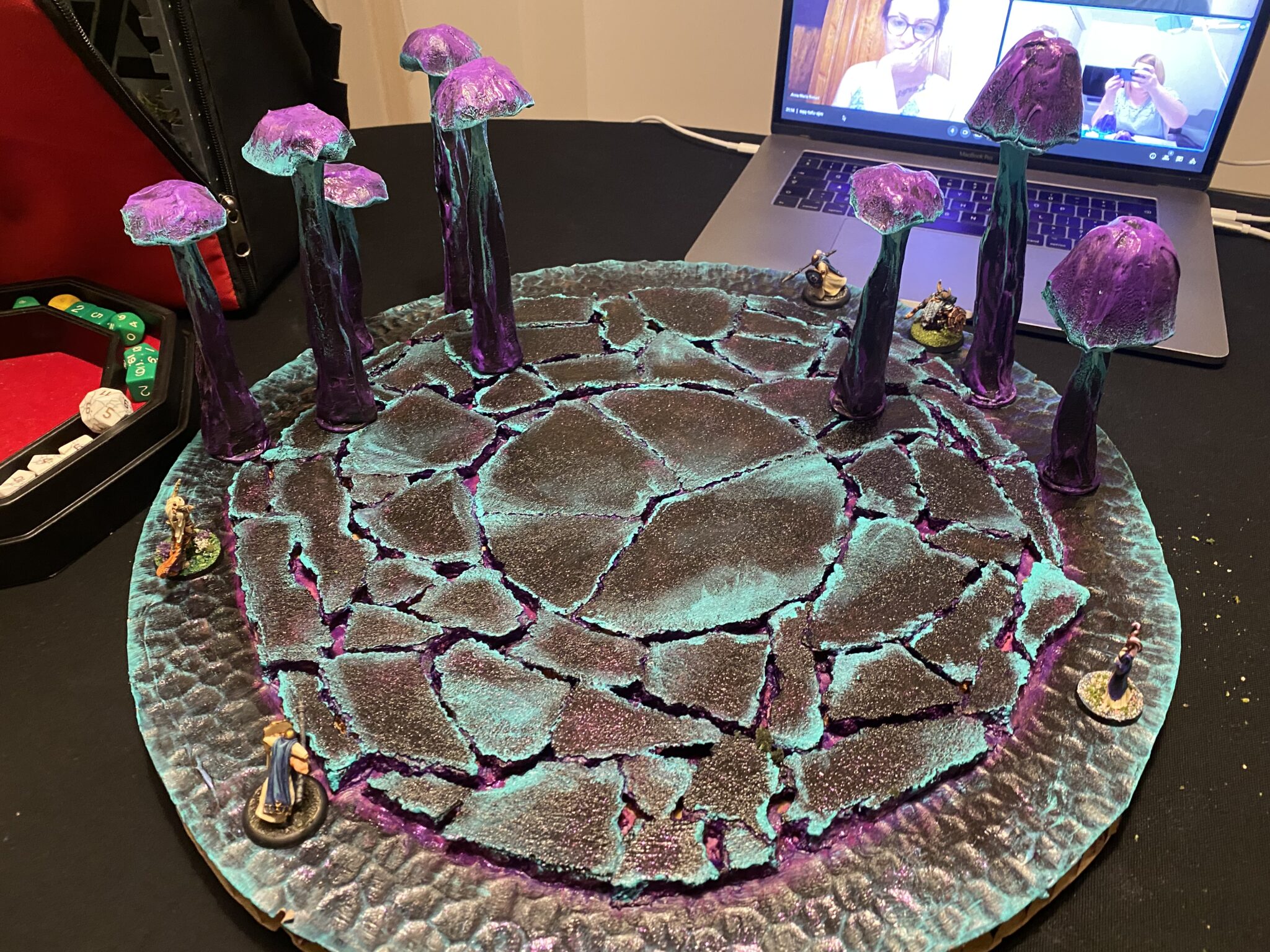 As the heroes, and the two Templar with them, tried to find each other in the dark cave, a gigantic Umber Hulk, a beast unfamiliar to any of the people, attacked the group. 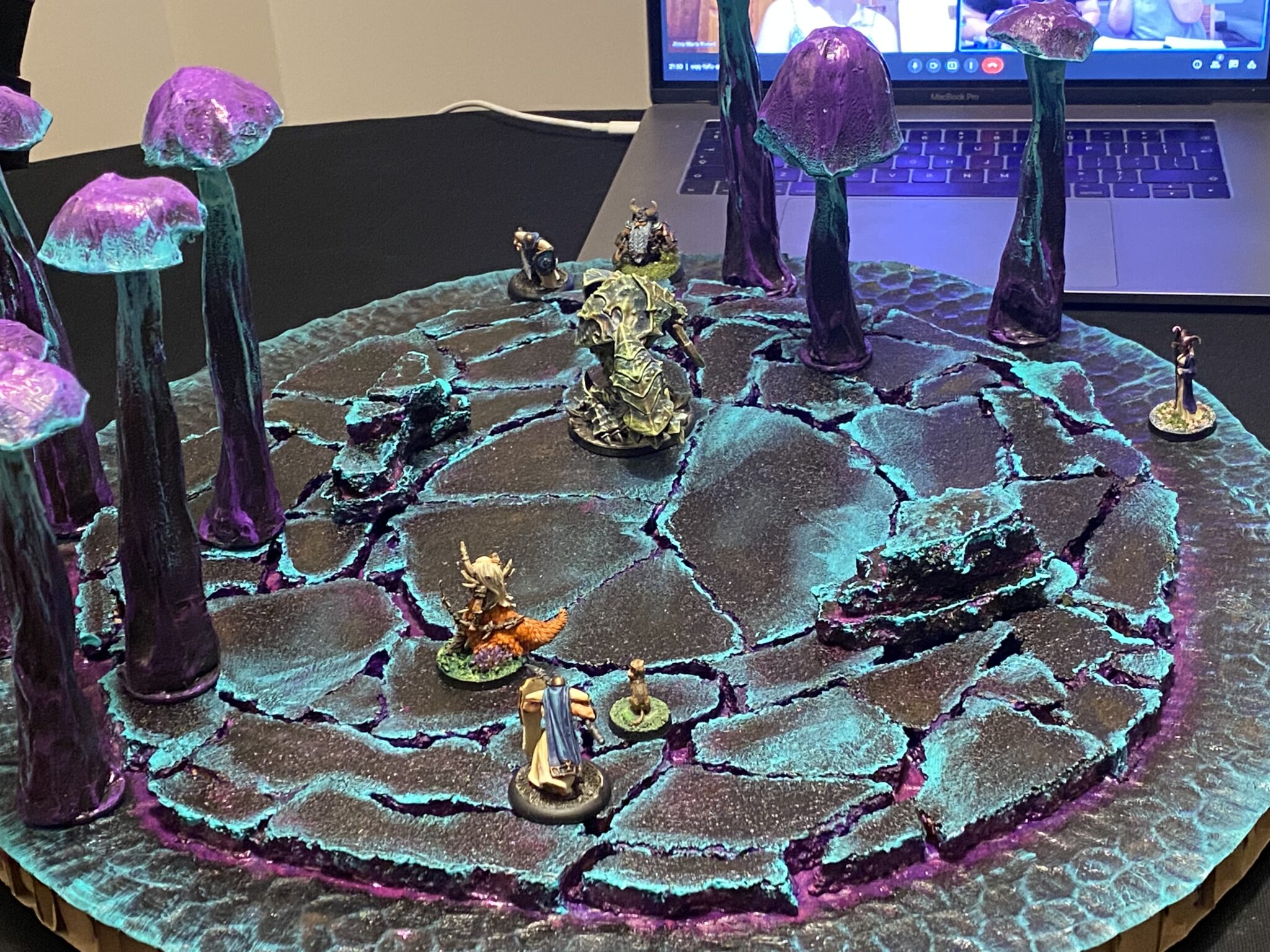 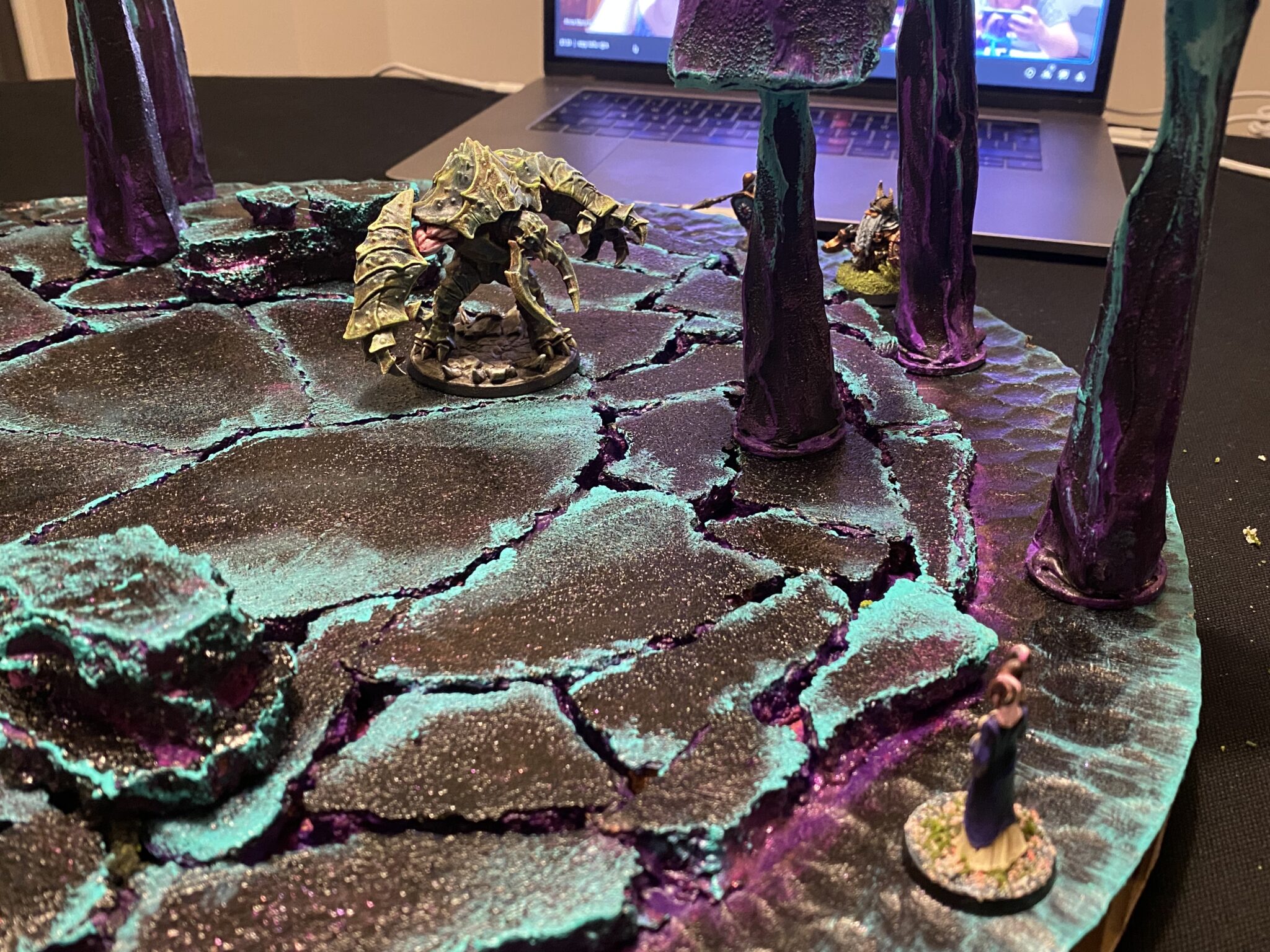 Seipora quickly realised how tough the natural chitin armour plating of the beast were and jumped on top to find a soft spot while Thorgga and Kaari kept the beast occupied from the ground. 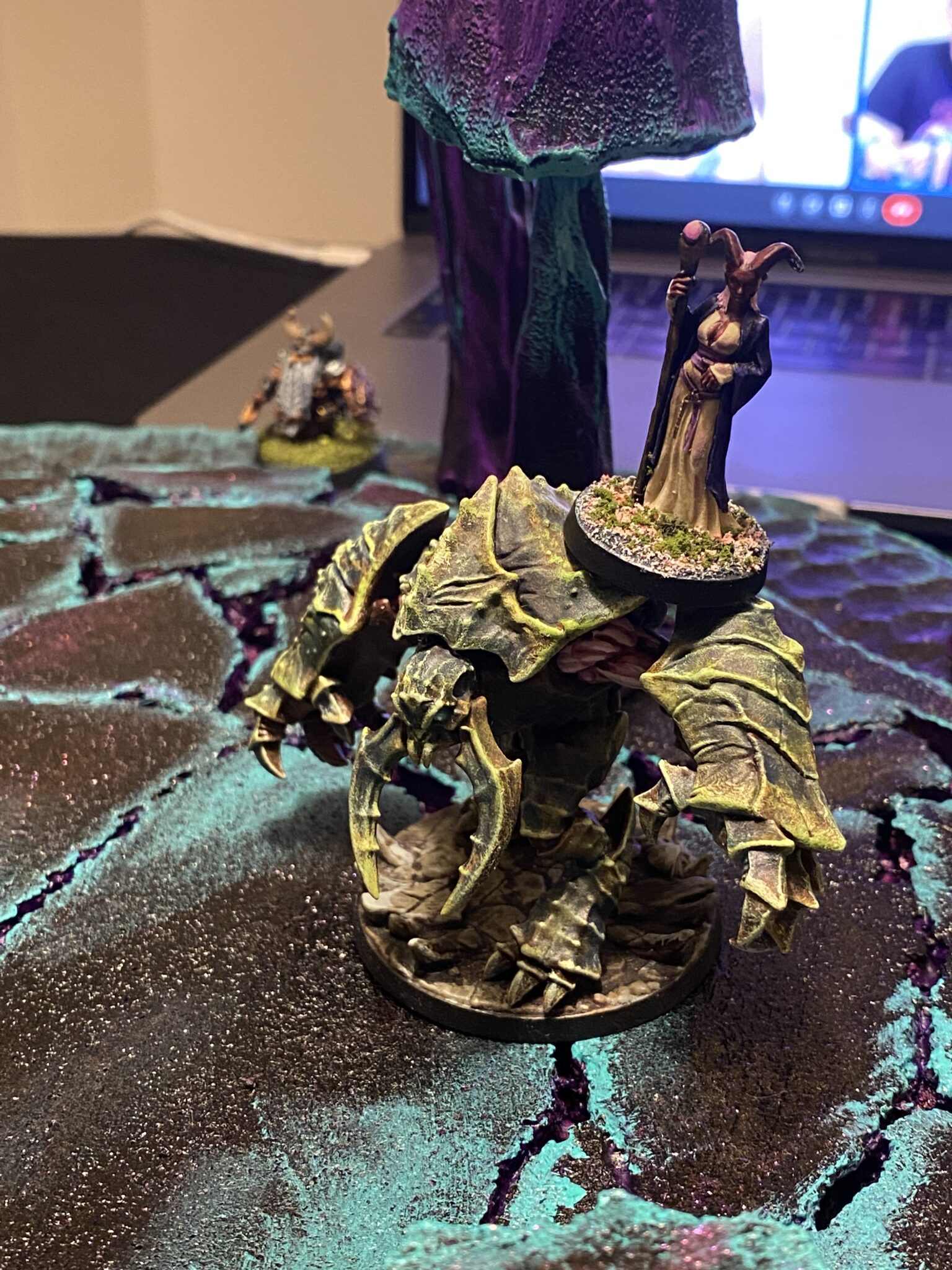 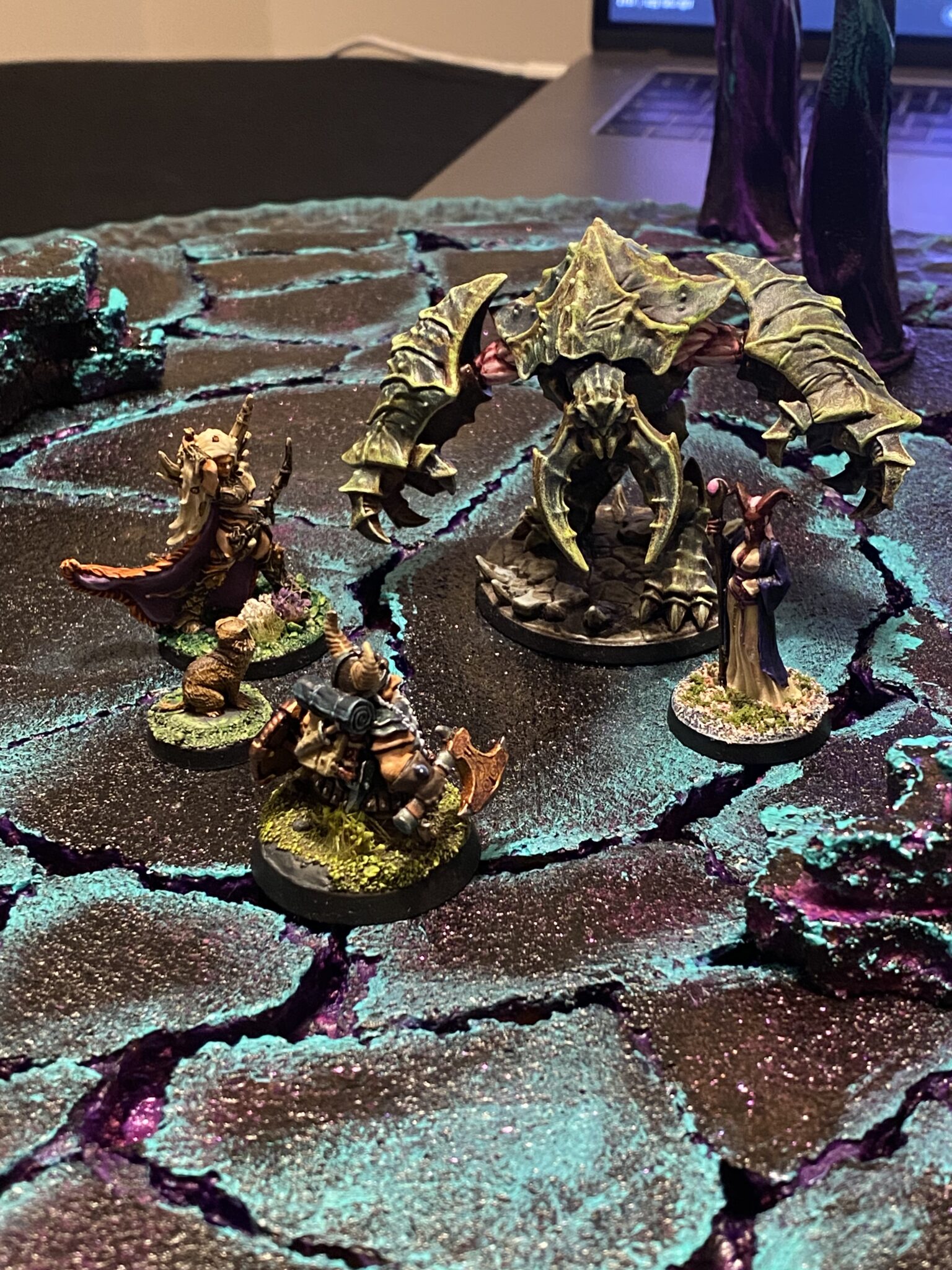 And after a difficult fight in the alien cave with an unfamiliar foe, the heroes were still victorious.

One of the templars had died in the fight, the other fled down a adjacent tunnel.

Taking stock of the situation, the heroes investigated the beast and the nearby mushrooms. And in the end they cocked some Umber Hulk flesh, tough as it was, it was still eatable and with that, they decided to set up camp to get some rest before moving on.