As planned, our heroes mounted the horse cart previously used to ferry Fey victims into the Crimson Spire. The plan was to pretend to be bringing a cage full of fey to whatever unholy end they face in the Spire.

Tense and alert, the party made it into the eerie silence that foreshadowed the strong walls surrounding the Spire. But contrary to last time, the guards did not react and the party made it through the walls and all the way into the base of the Crimson Spire.

After some recognisance, the party entered through the only way in, a big massive wooden gate.

First Alyanys investigated the gate for signs of magical nature but while the gate was just a normal gate, she did identify that the Crimson Spire had an odd aura of death covering the entire building. (In game terms, there are no Death Saves within the Spire).

Oddly, it didn’t lead into a hall, but merely to a slim staircase leading up to the first floor of the Spire. 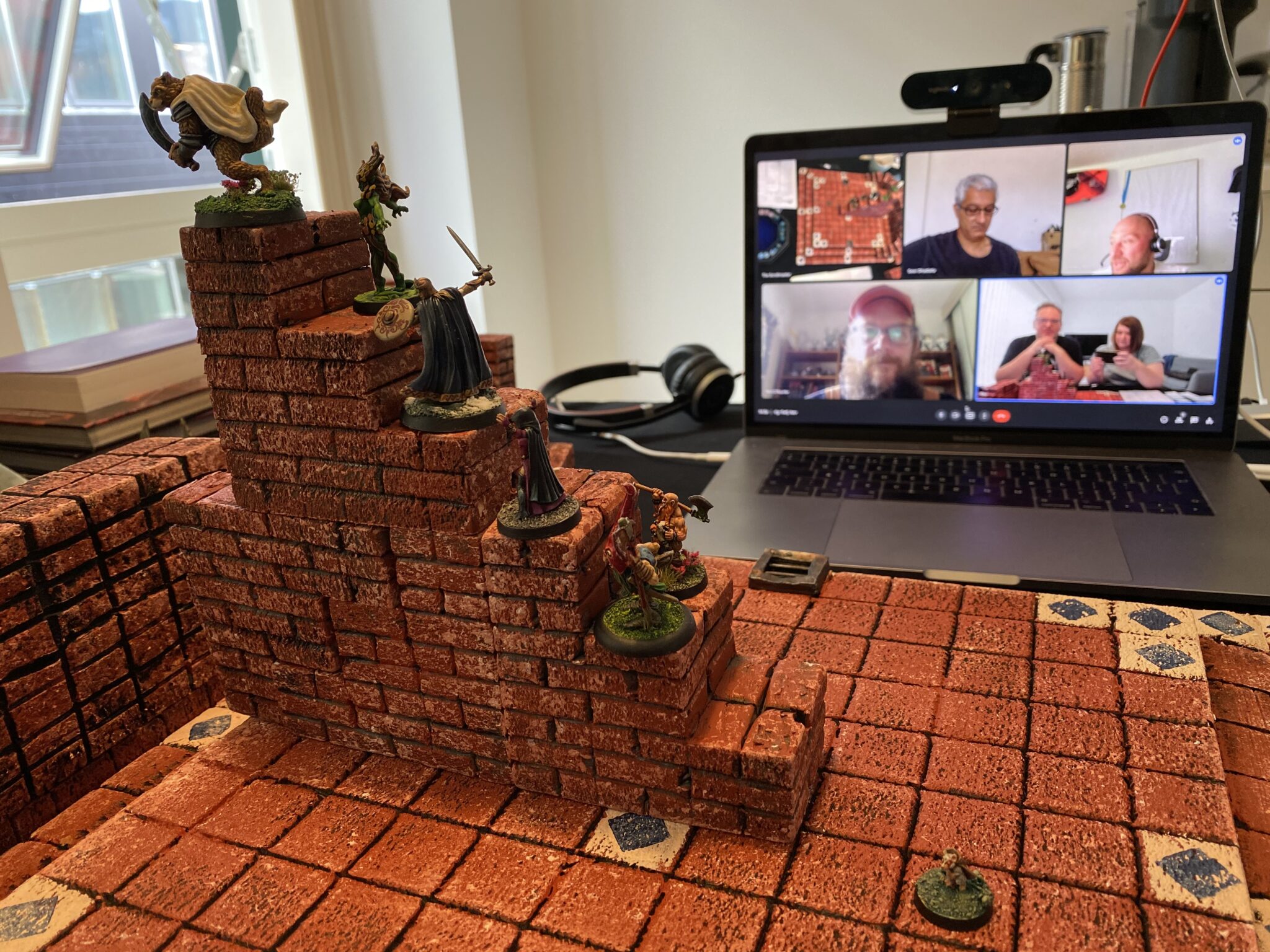 Here the party faced the Baroness Leonilda Von Crupp, who by all accounts should have been long dead given the party is 300+ years out in the future.

But here she was and the party would soon discover she was now a Vampire. 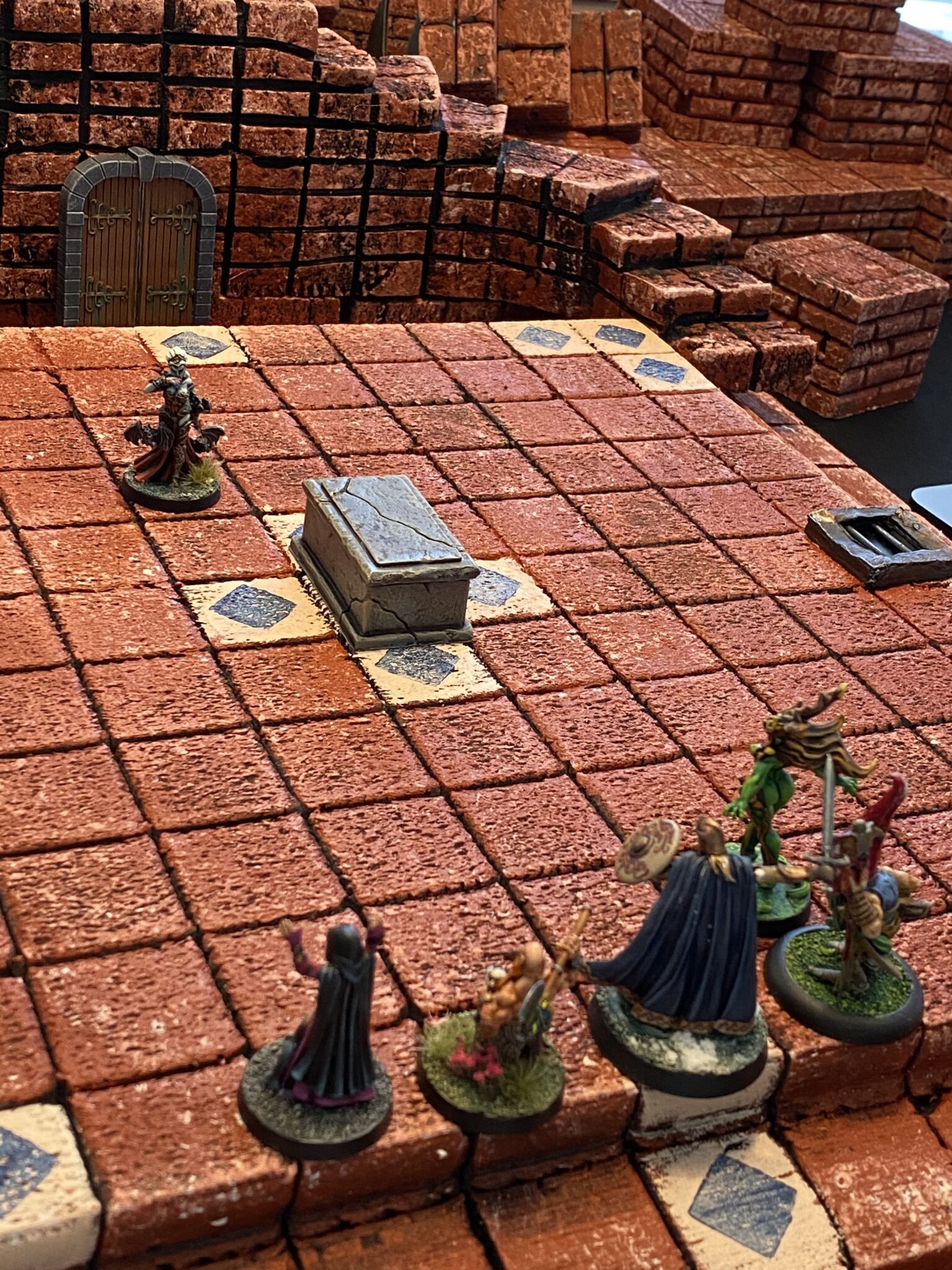 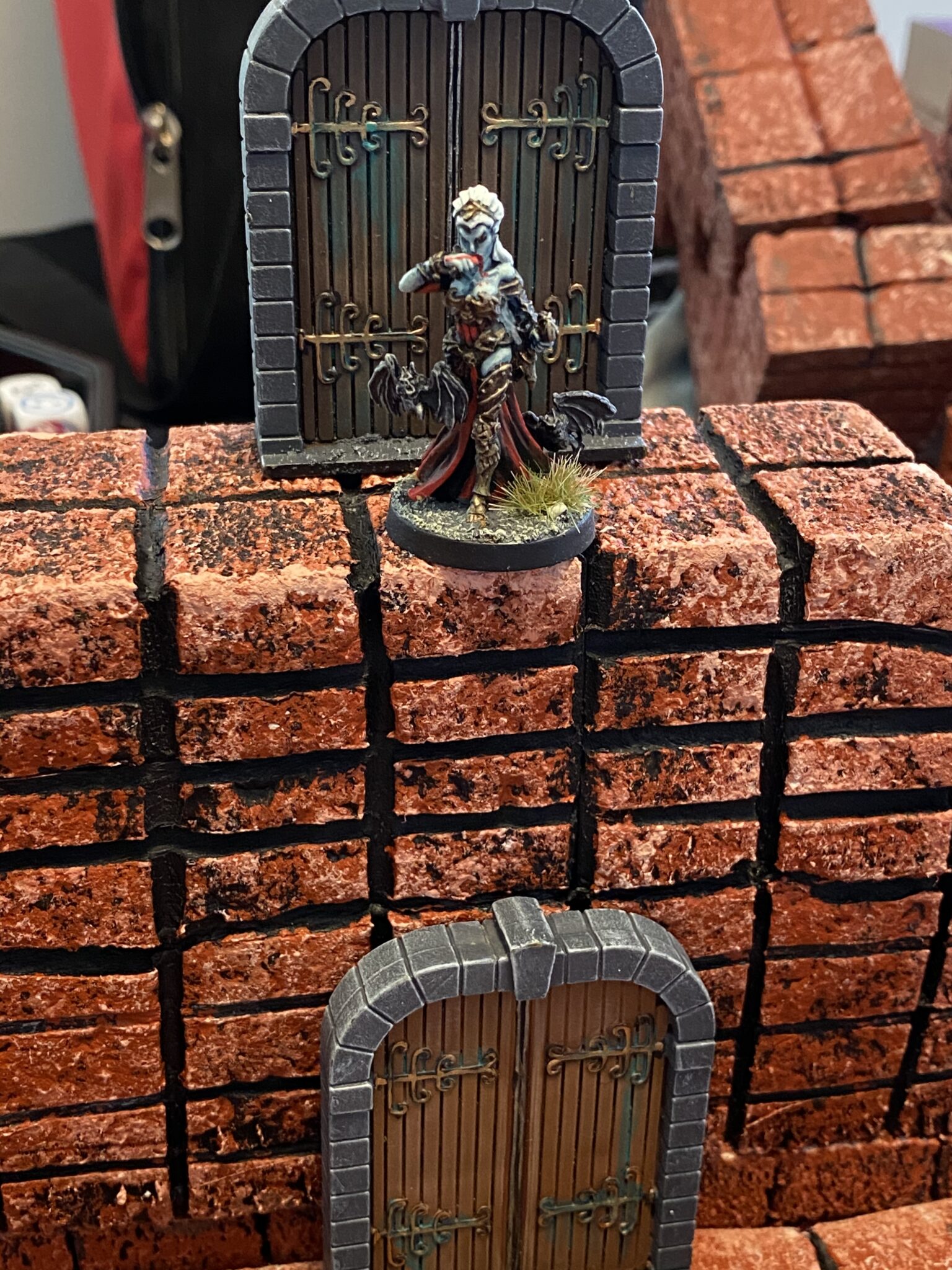 While the heroes recognised the Baroness, she in turn hardly acknowledged them and after a brief kerfuffle in the shape of a crossbow bolt, she left leaving a savage vampiric creature to deal with the intruders. 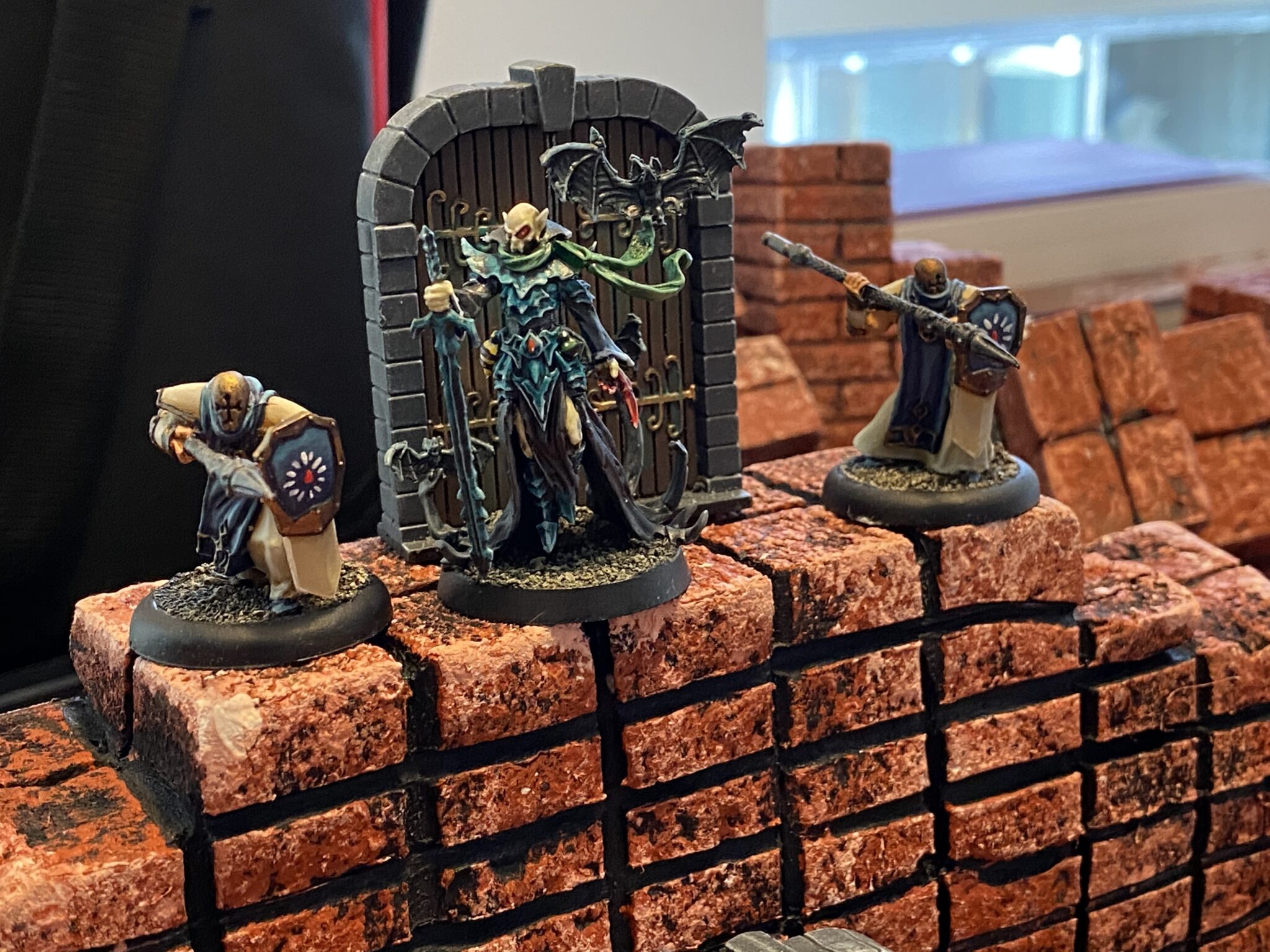 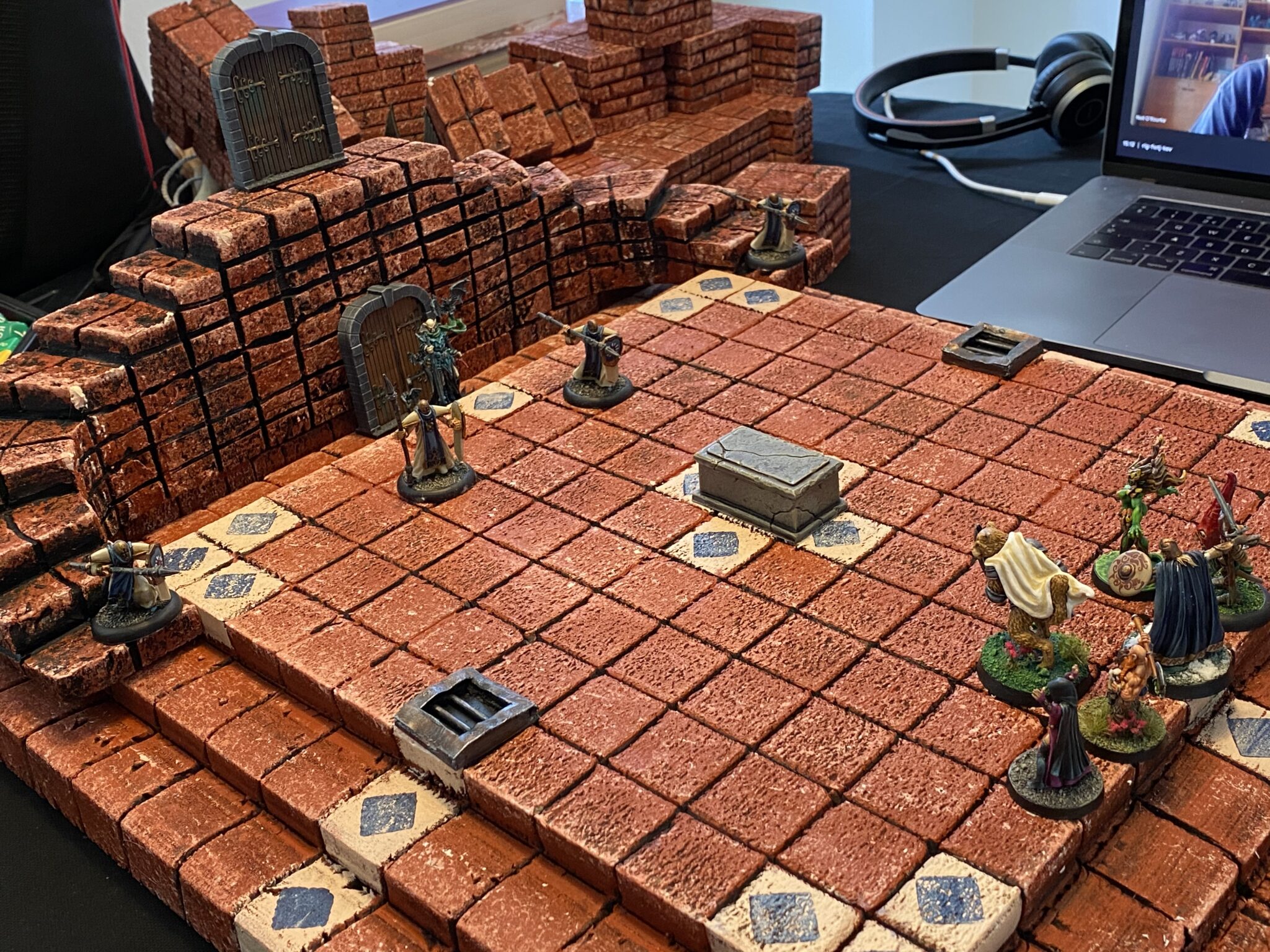 Alyanys, the Warlock, was in form and quickly caused both disruption and death amongst the undead forces.

Furthermore her and Damon laid down a barrage of controlling spells such as Fire Wall and Spirit Guardians severely hampering the moment of the undead troops. Great team work!

and before long the Nosferatu and the undead guards were dispatched off. 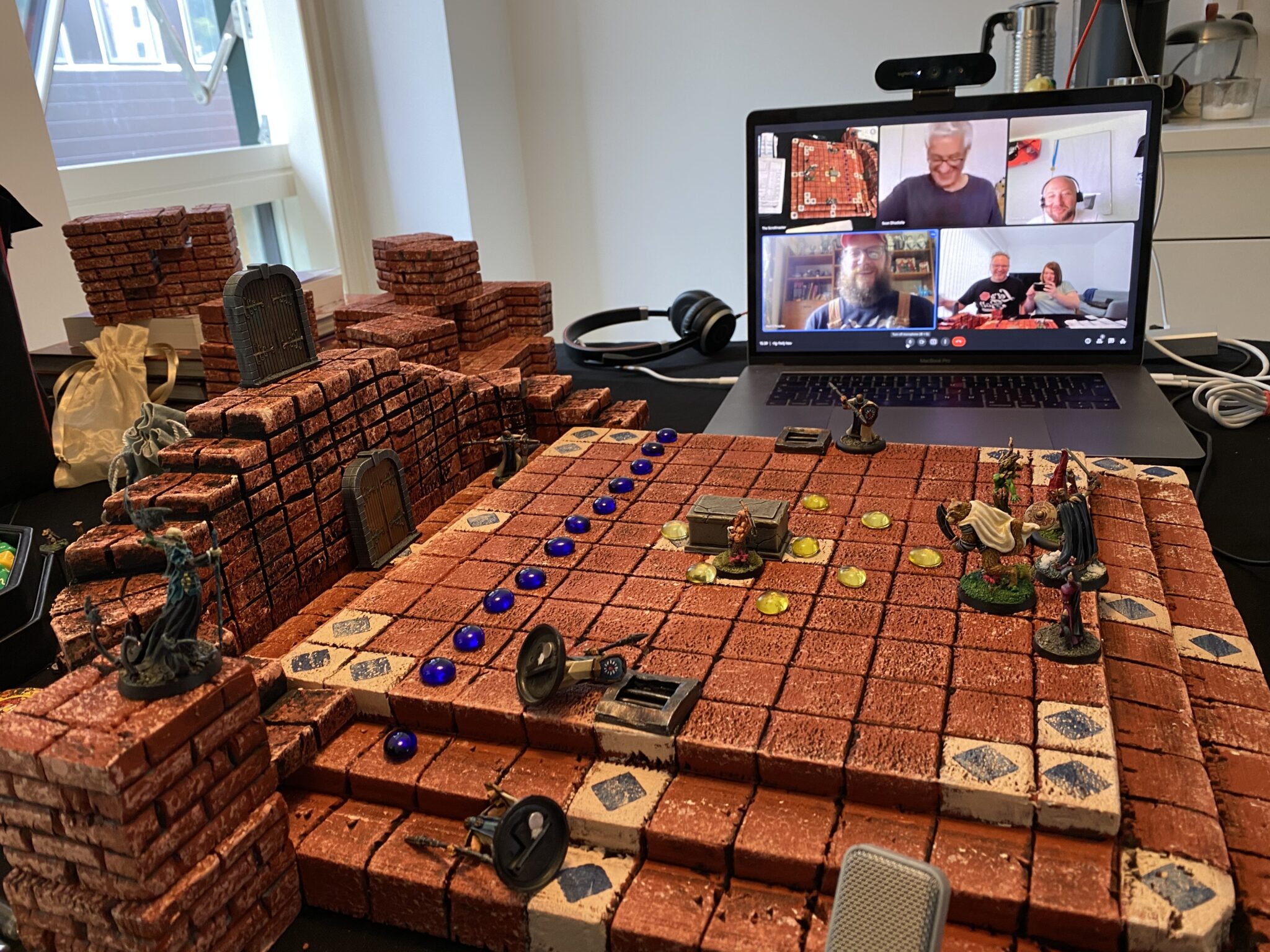 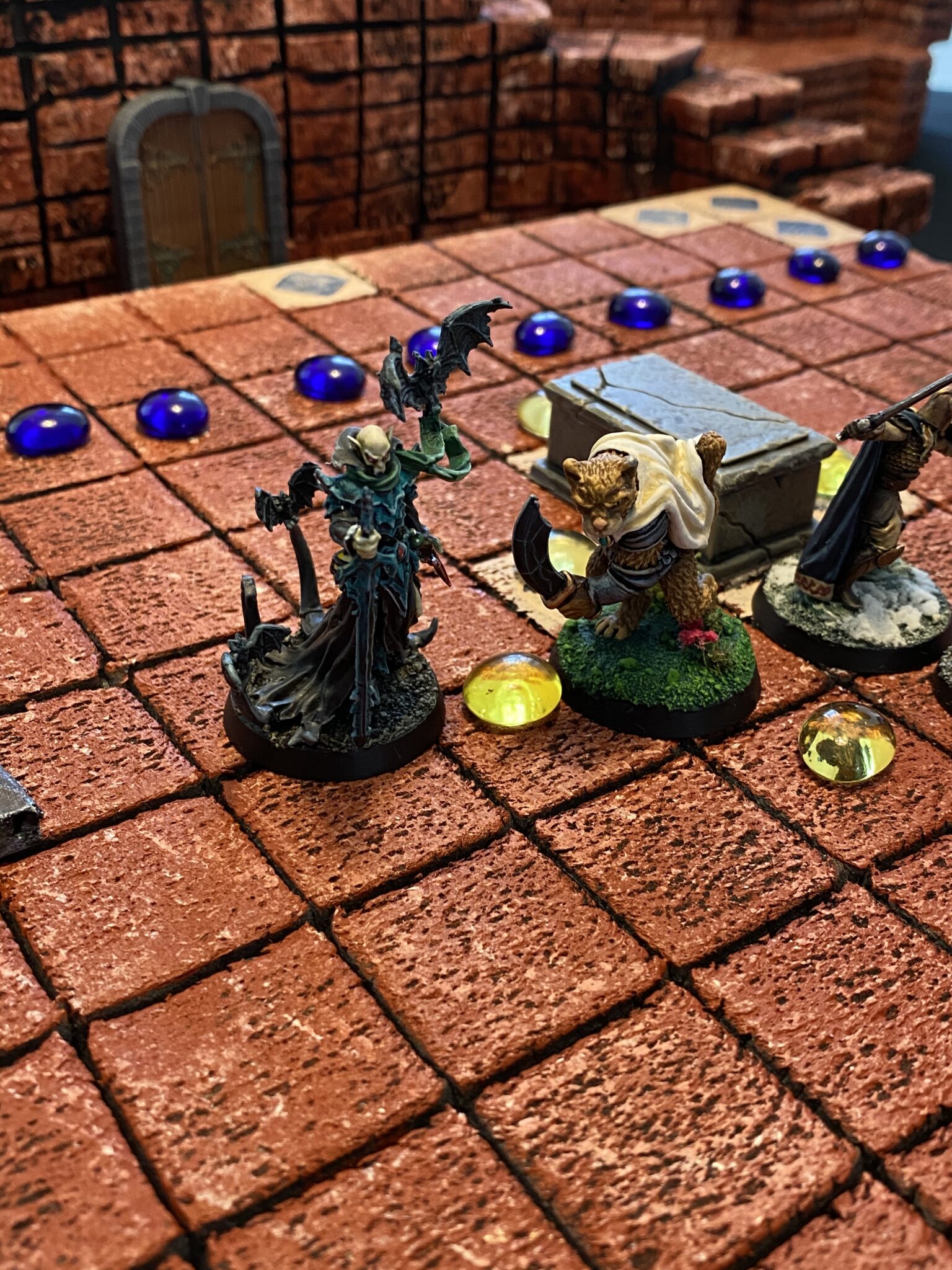 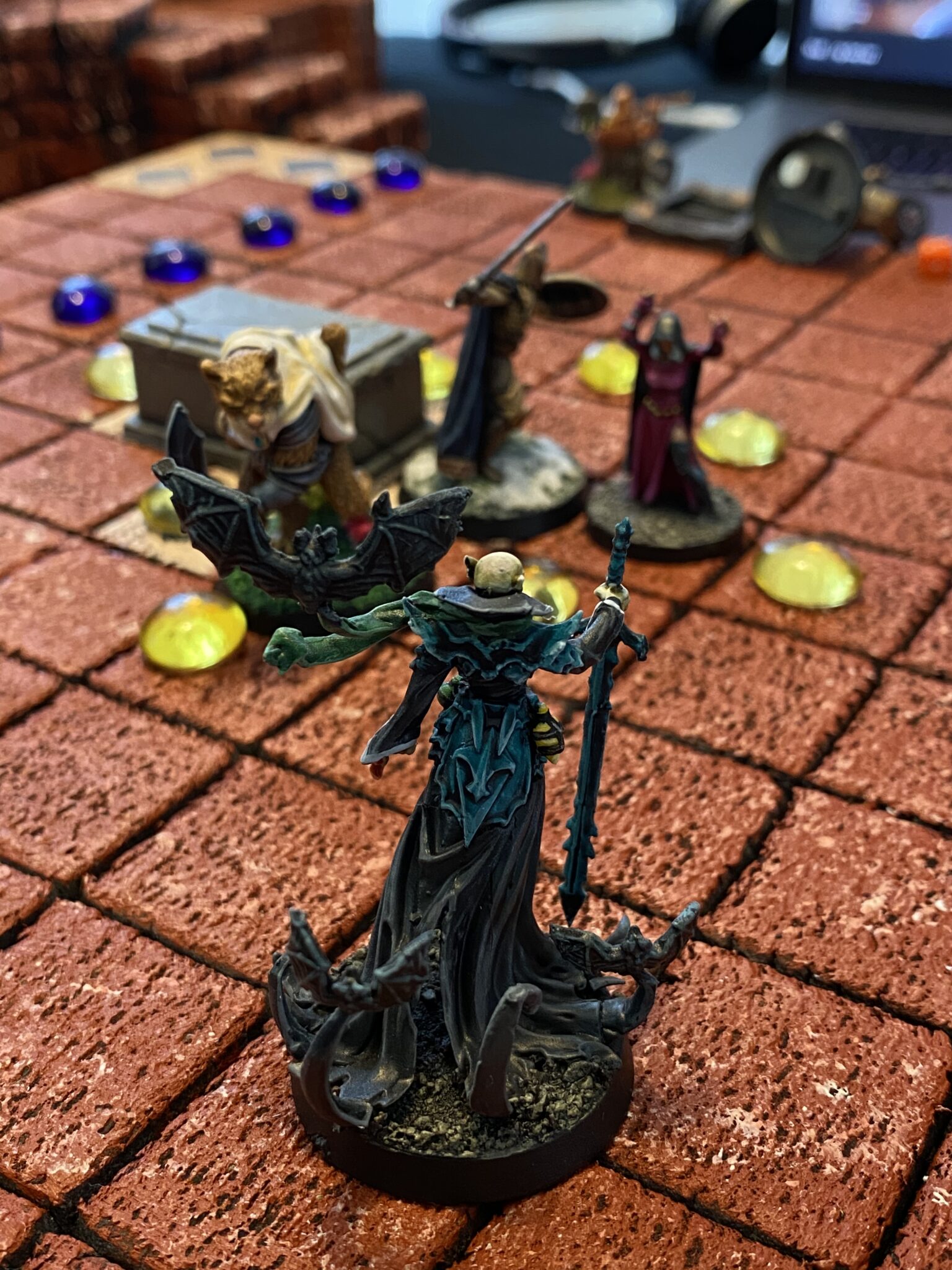 With the enemy vanquished, the party looked around in the hall and they decided to open the stone sarcophagus with Grimshaw the Dwarven Barbarian and Damon the Paladin providing the muscle to push the stone lid off.

But it never came to that as the sarcophagus was a dangerous Mimic that grabbed Grimshaw and pulled him into its maw to slowly digest him.

The party managed to free Grimshaw just in time.

A few potions and the party decided to ignore the door going straight and instead to the upper door that Leonilda had left through. 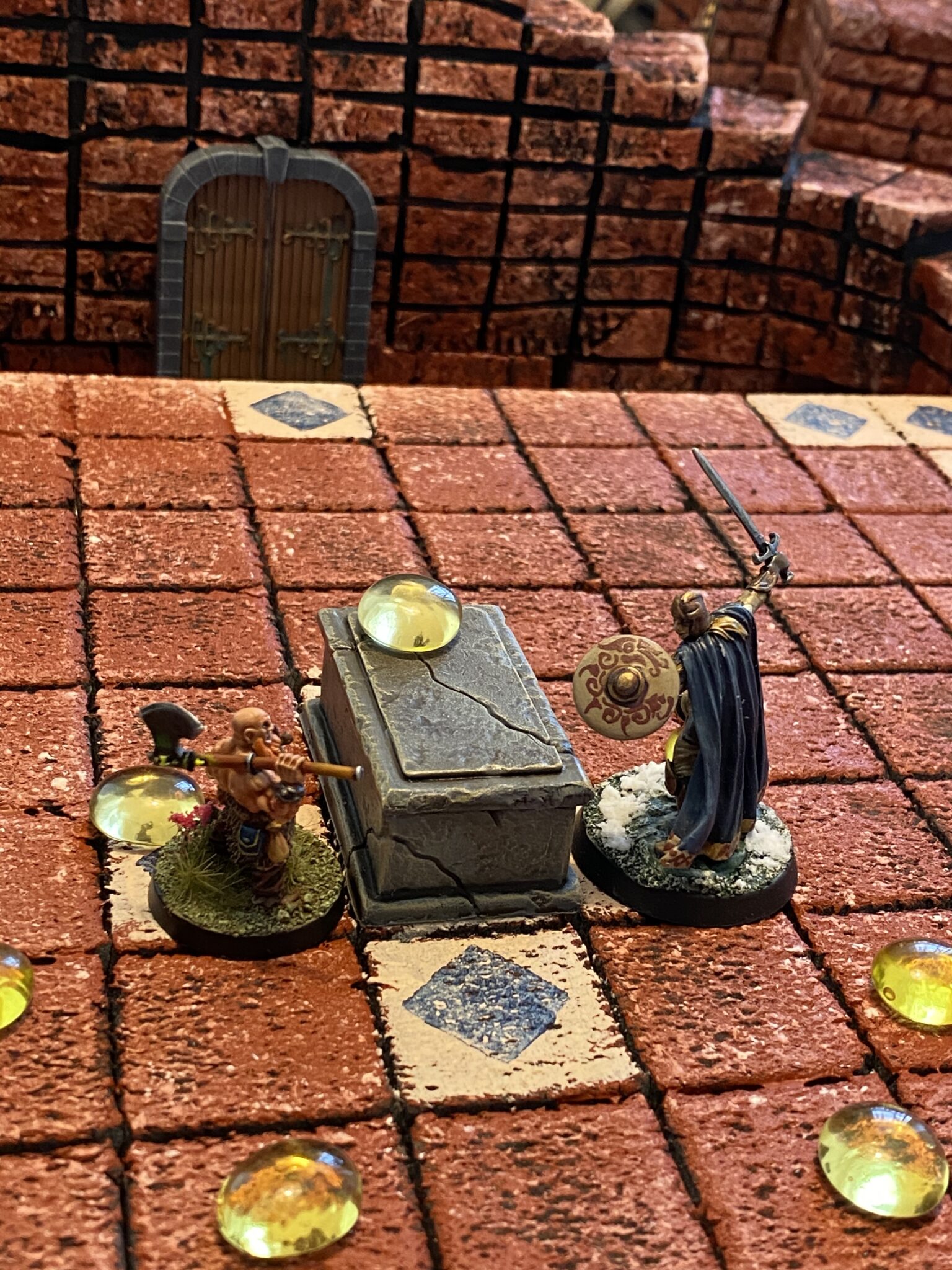 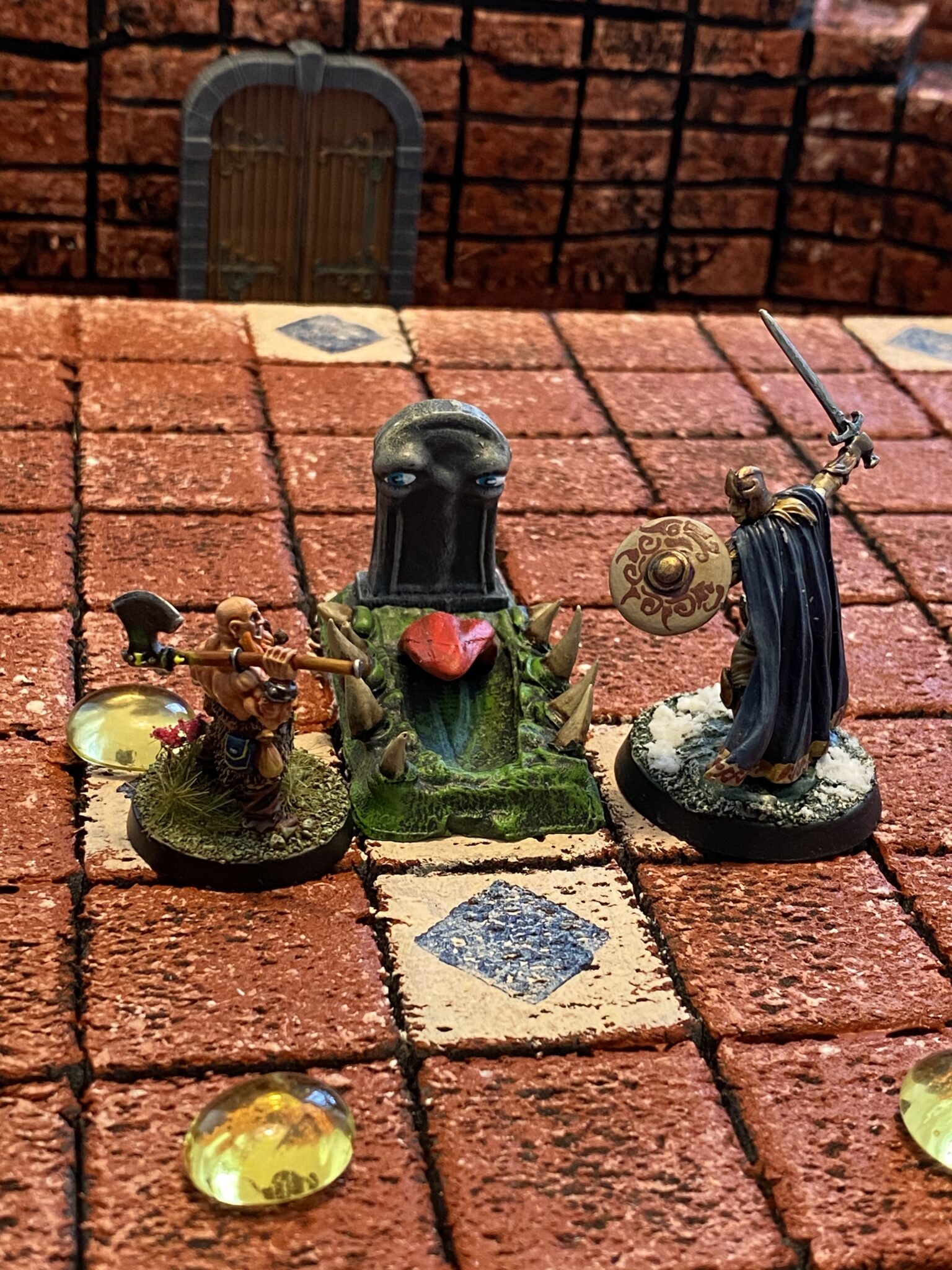 On the next floor, the party found Leonilda at the end of a big dining table. 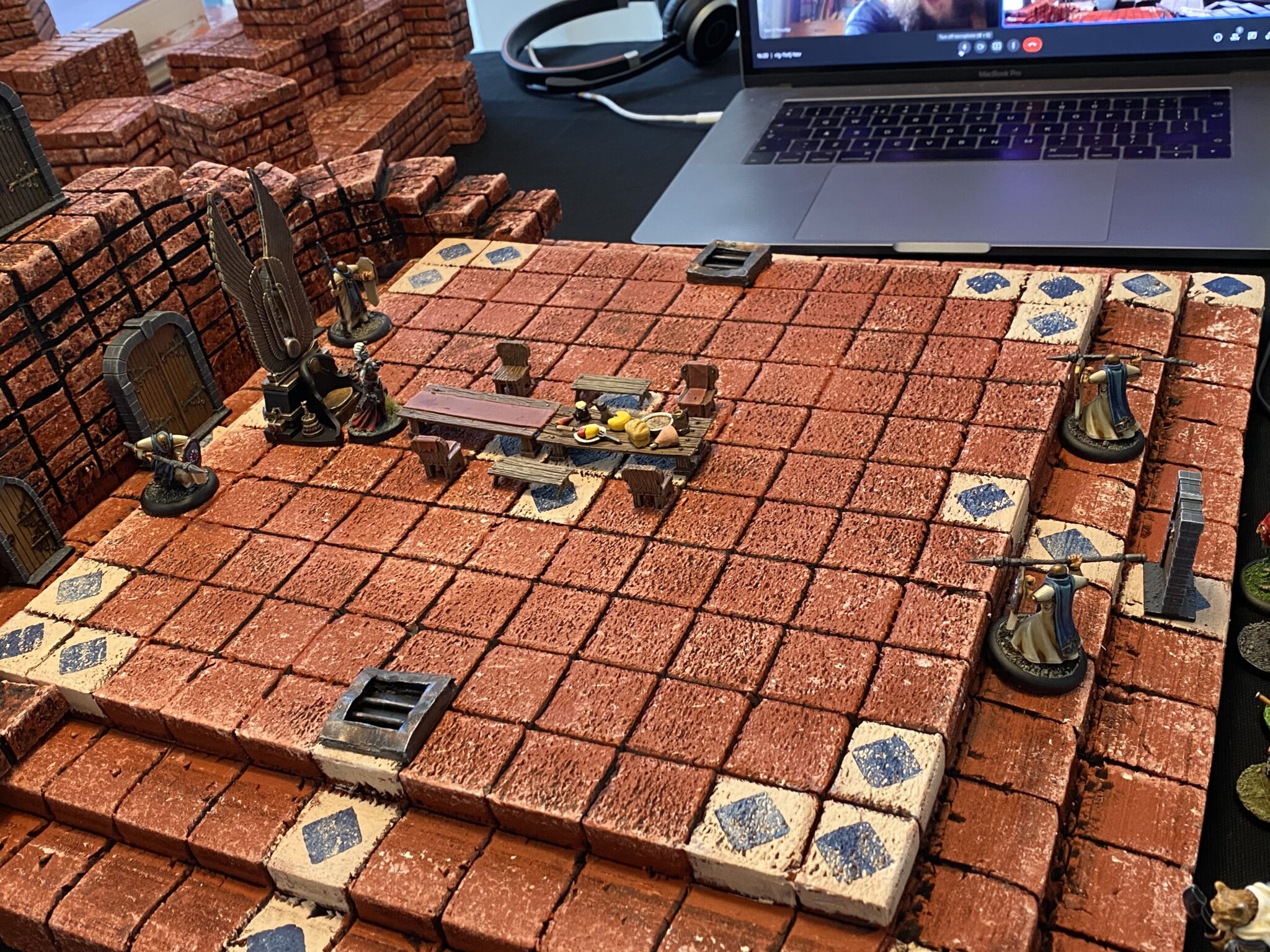 But to their shock and horror, the floor also had an instrument made out of a living Fey creature with another Fey creature twisted to a sadistic musician playing the living instrument in tunes that rattled and disturbed the players. 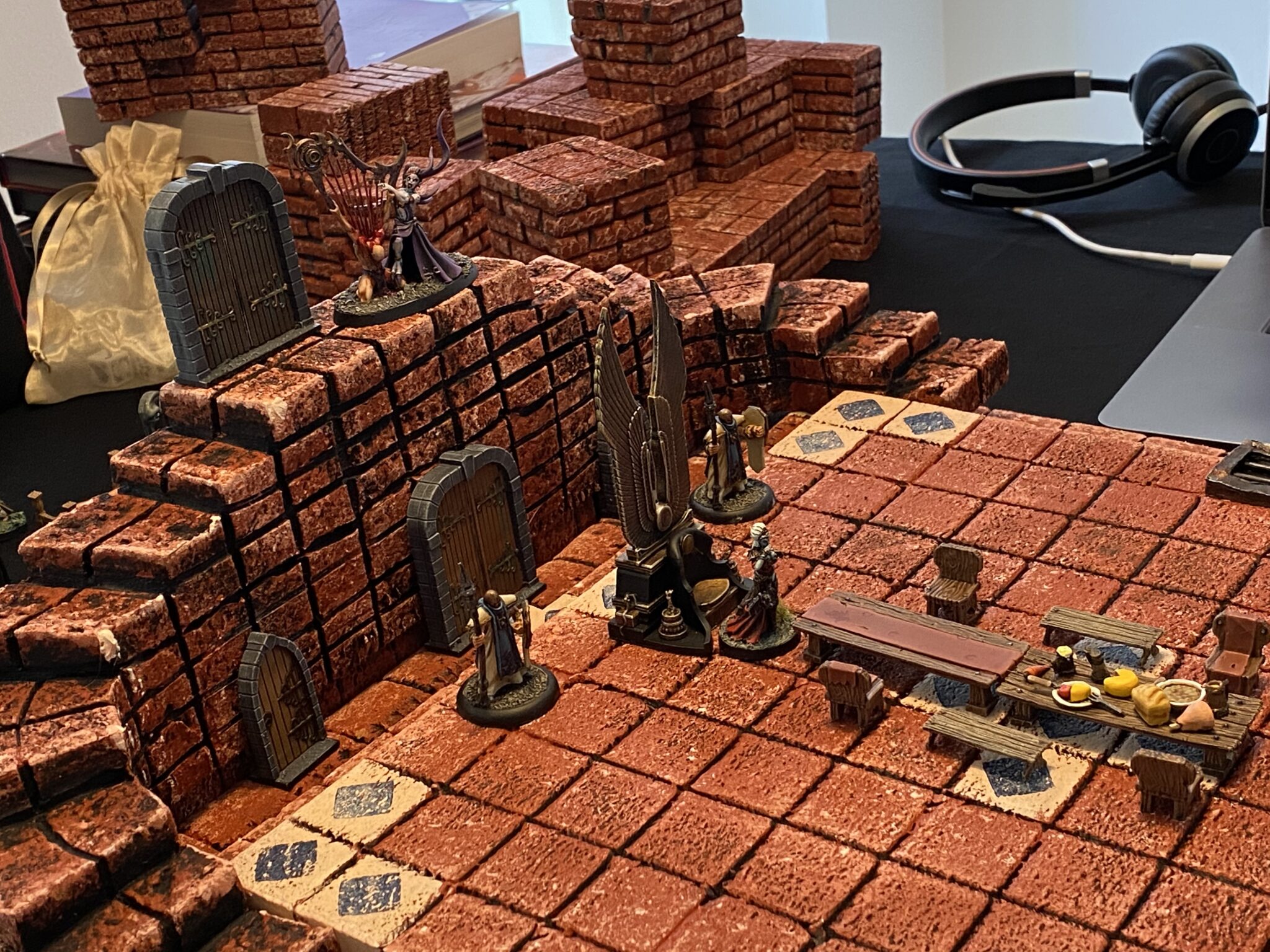 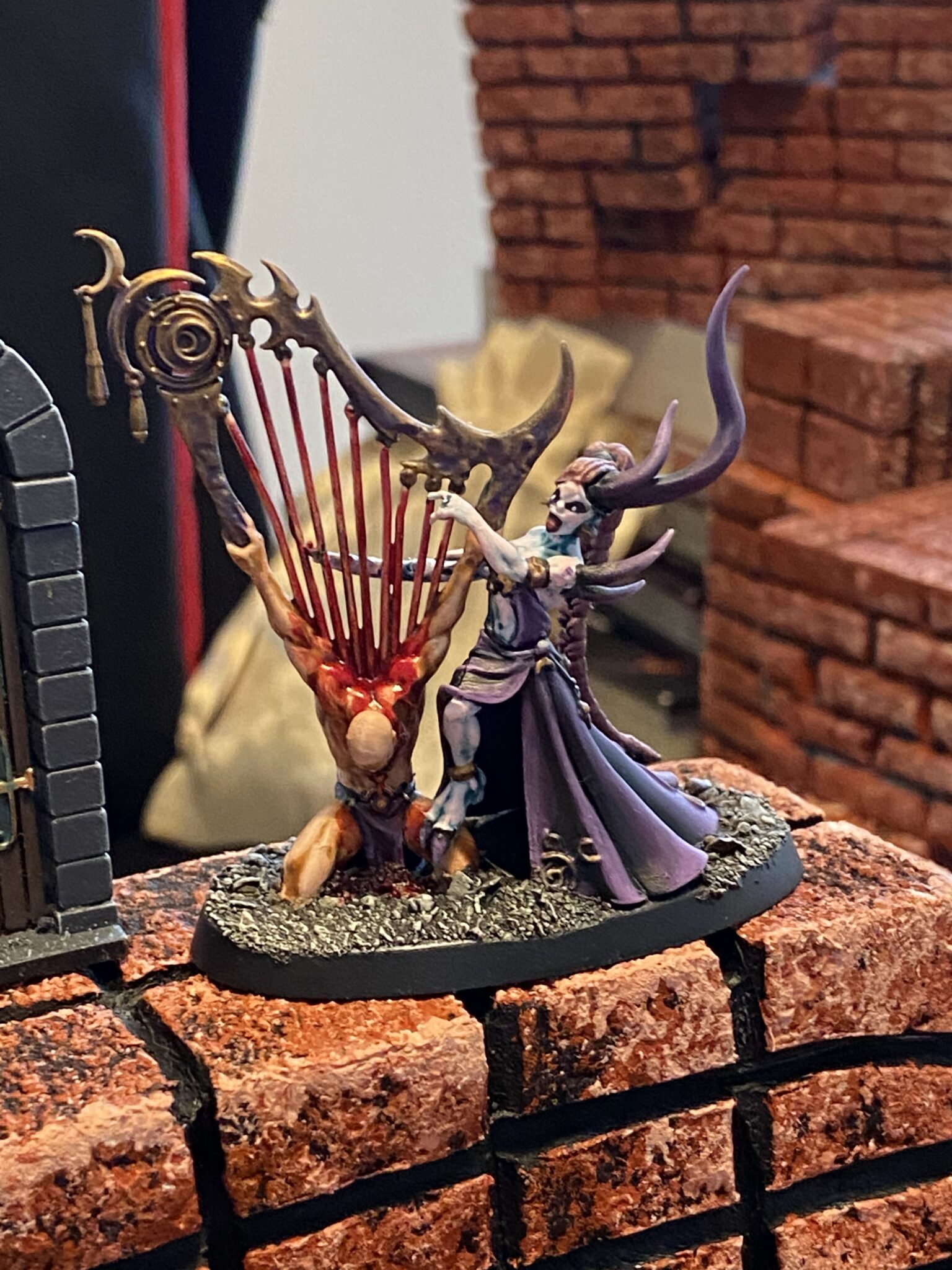 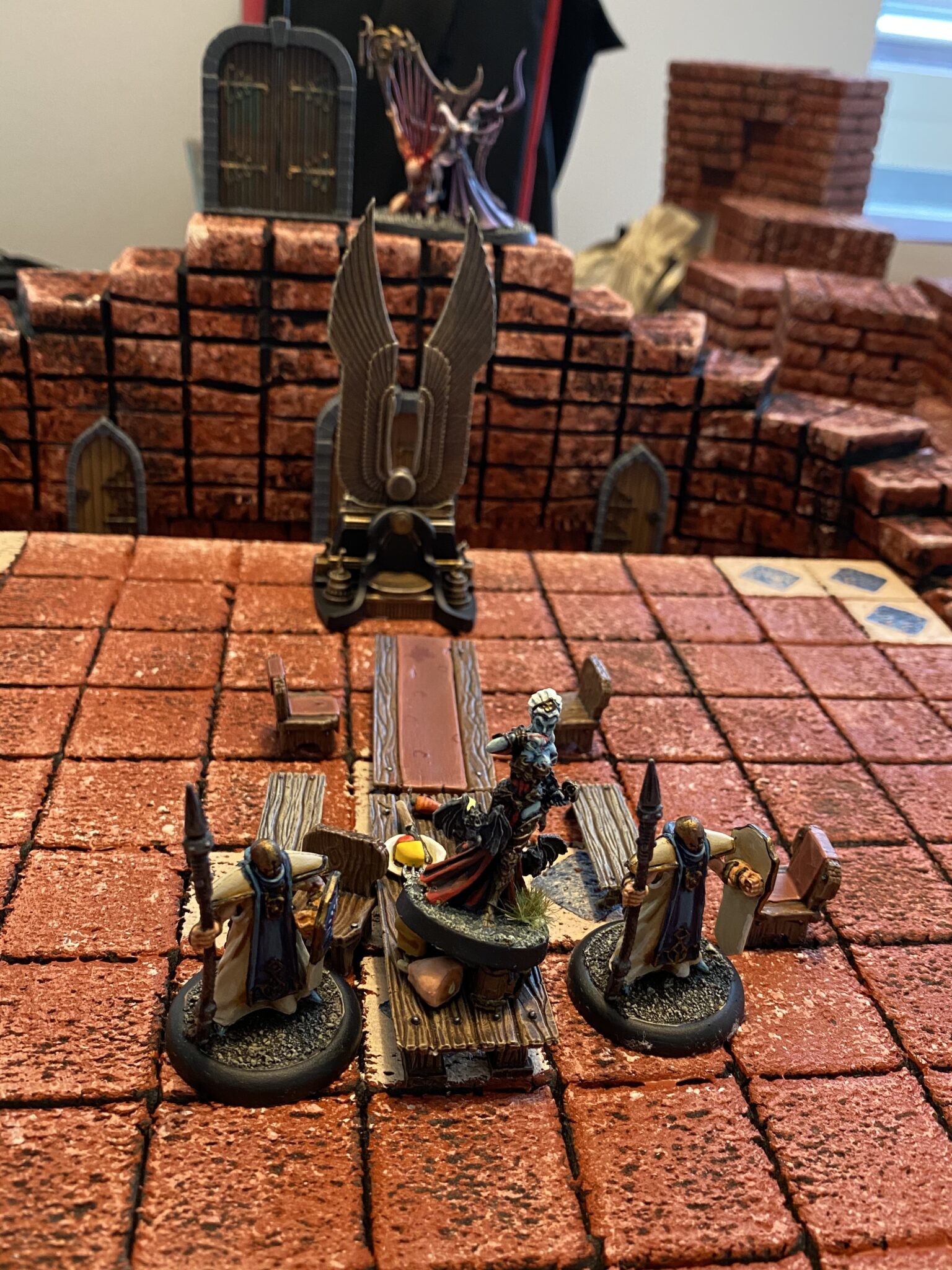 While the hardened parry by and large stood their ground, good-hearted nature of Feather the Tabaxi Cleric made him vulnerable to the horrors and he was entranced into a waltz in mid air.

But Leonilda was overconfident and charged straight into the party, grappled Grimshaw and got ready to administer her lethal bite, but with the resistance of the heroes, she was distracted and missed.

Rattled, she leaned on her experience from centuries of surviving at the top, and fled the scene (DM notes, she burned 2 of her Legendary Resistances). 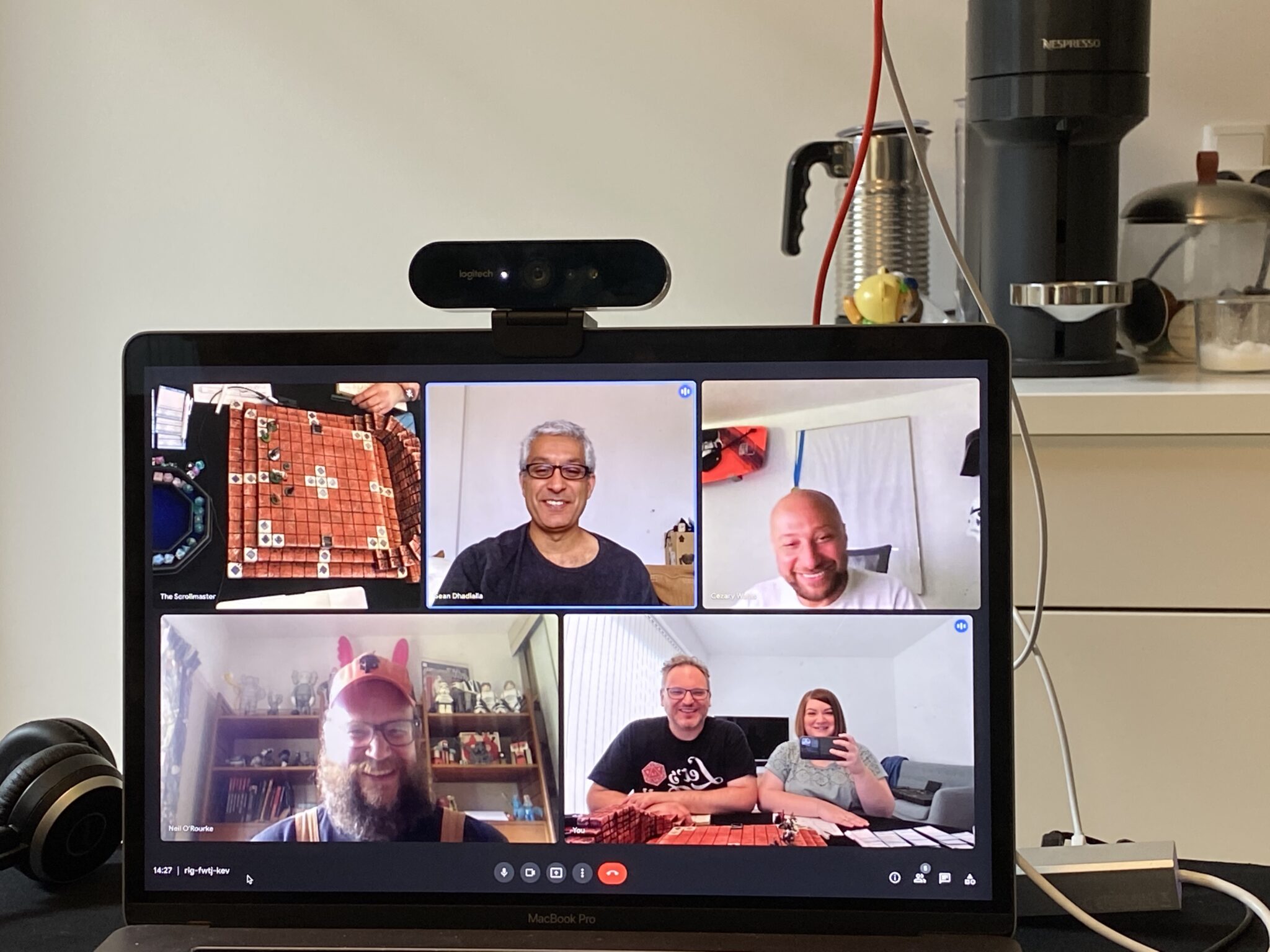 We ended the game at this point:

This was my first time DMing a Legendary Monster and I found it a lot harder than I expected. This is much less straight forward and I forgot several things in the process.

Action economy also gave me a lot of issues in this game.

I also realised (only at the end) that I really have to get into the mind of how would an intelligent creature like a Vampire really behave. No, I don’t think she would have charged head long into a party of clearly experienced heroes.

But yes, maybe she was that overconfident, but now that she has been forced to retreat, she will see the party as an actual threat to her well-being.

So I am now thinking: If I am a vampire in my own house.. how would I repeal these invaders? 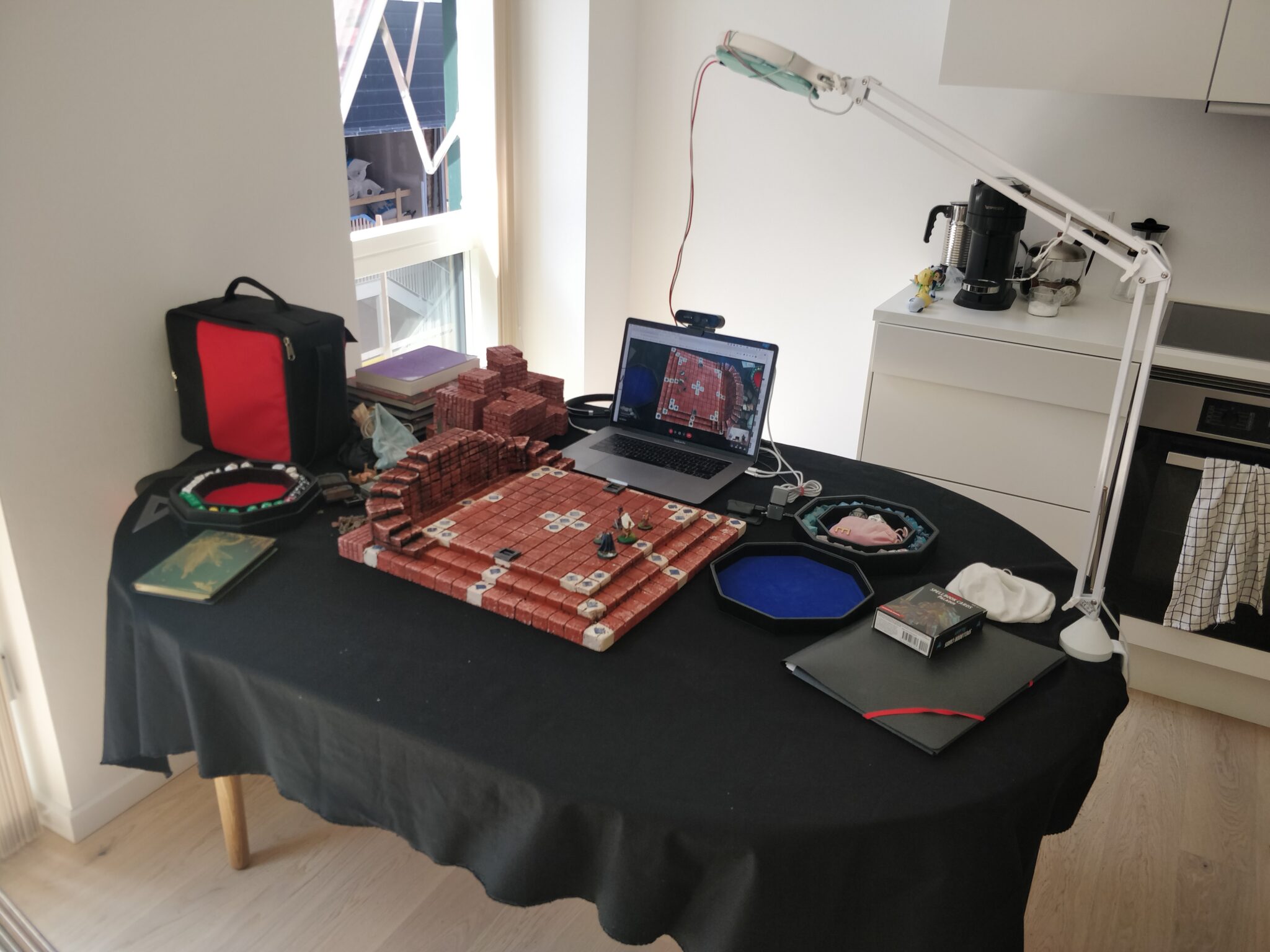