DM note: Since this game had to be heavy on finding information, I took inspiration from “Return of the Lazy Dungeon Master” and rather than try to second-guess what our heroes would do, I instead wrote:

The rest was improv it all together as a response to player choices. Really enjoyed DMing this game, especially as players still made choices that took me by surprise.

Back at the “‘s Last Rest” the guests were still discussing whose last rest the tavern actual is, but our heroes had more pressing matters at hand.

With the return of their powers, they had to find a way home, but had little clue as to were to start.

Grimshaw trying to get grips of his memories, shared what he remembered as he remembered. What DID happen when he fled the scene of battle and entered the Fey Forest?

Little by little memories were coming back… 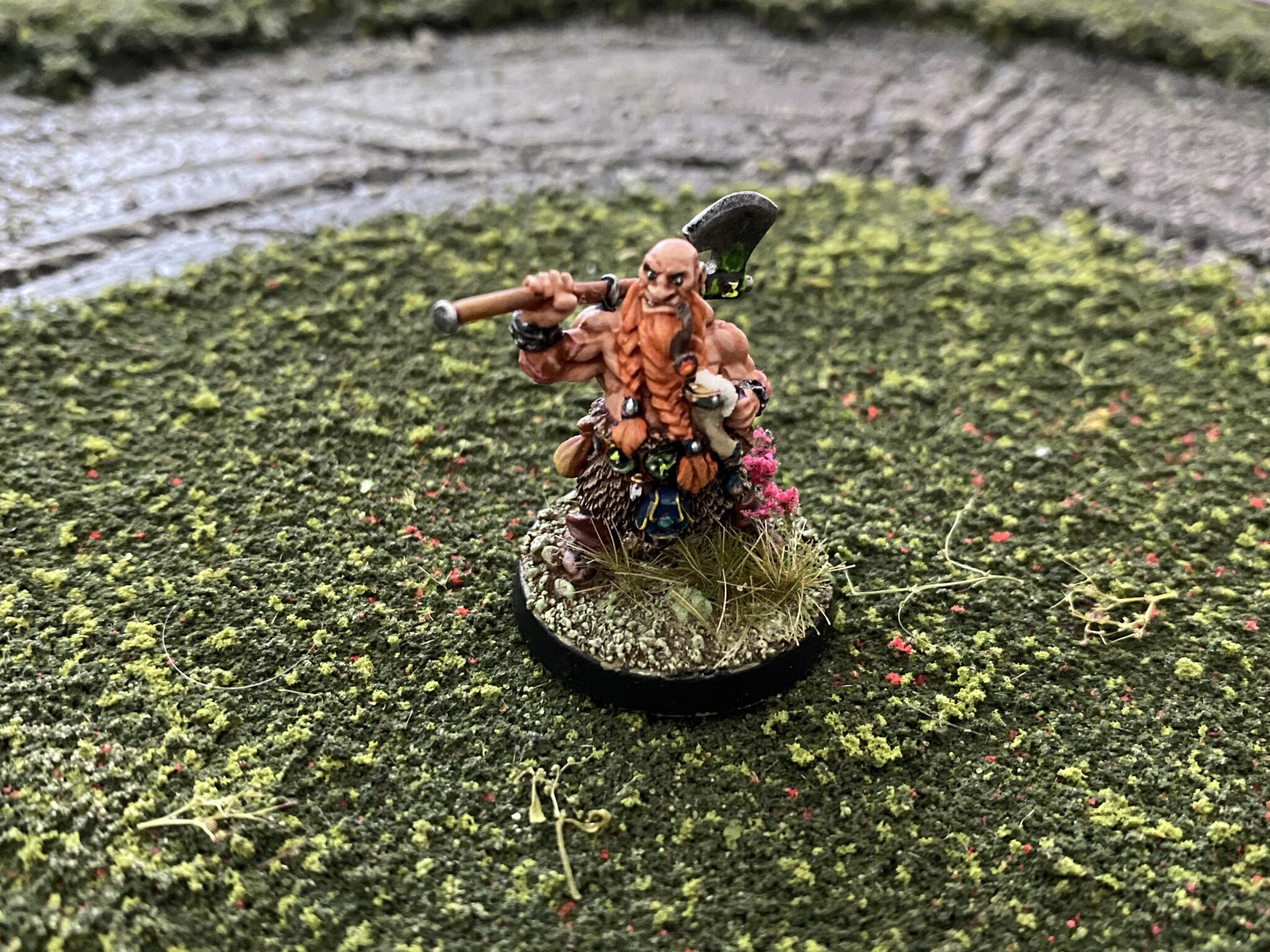 Following the soul destroying laugh from Daddy Ghoul, Grimshaw had fled into the Fey Forest where time runs differently. Although his comrades only saw him gone for seconds, he actually spend much longer in the Fey Forest. Hours, maybe days.

Here he encountered Fey Folk, including the Fey Princess Cassiopeya Raindew. They quickly realised Grimshaw was not of this time nor was he of this war. 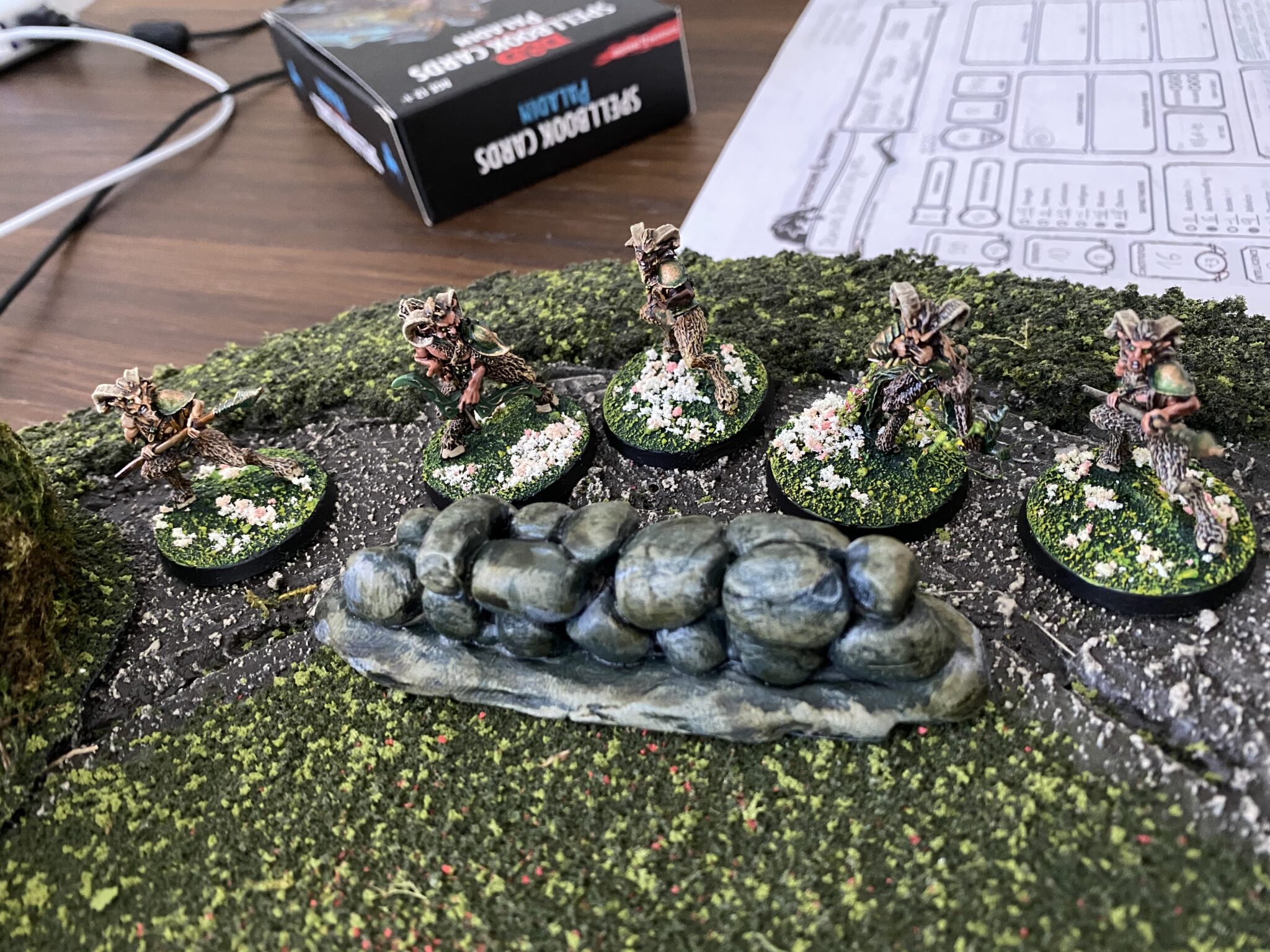 They told him the war was a cover for hunt for fey in the name of the Empress Eternal. They told him she was feeding on their despair and their blood.

He learned the Fey had unleashed the Fey Forest in a last desperate attempt to turn the tides of the war, but had in doing so unleashed a power too great for them to handle.

The Fey Forest, in reality a force of nature, a chunk of raw Feywild, had pushed the Gods out of the realm.

He also learned that the Daisygate had closed itself to avoid the war to spread into Feywild.

The Fey Folk had been trapped in the Material Plane alongside the Fey Forest. And they were ageing rapidly.

They told him that only when the Empress Eternal was defeated would Daisygate open for them to return home and for our heroes to return to their own time.

Back in the now

The heroes now having a better understanding of the situation, consulted Braxton Silvereyes, the god Bahamut in disguise, but he ashamed had to admit the Empress Eternal was an enigma to the gods.

She had appeared some hundred years earlier, shortly before the war started but after the heroes had disappeared.

He knew very little of her, but warned the heroes not to draw any more attention to themselves if they were to pursue the idea of defeating the Empress as they had already made a mark and had most likely already caught her attention.

The heroes first decided to find out more from Bahamut followers in town, but it proved a near deadend with only sporadic and coincidental clues.

Instead they decided on a more direct approach.

Walking straight up the the Crimson Castle, the party found themselves in a light mist surrounding the Spire. Their acute senses realised there were neither folk, animals nor insects as they came closer. The sounds of the busy town had also died out by the time they reached the walls surrounding the Spire itself.

The very fabric of their beings screamed out in alarm but the experienced heroes pressed on and found the ramparts manned by the soldiers wearing the heavy armour of the Royal Guardians, a regiment of elite Daisy Guards tasked with protecting the royal family first and foremost (and Daisygate second).

While the original Royal Guardians had all take oath of silence, these Guardians were equally silent, but also acted unnaturally mechanic and it soon became clear to the paladin Damon’s divine senses, that the Guardians, the Spire, the Mist and everything between had an incredibly dense and powerful undead aura.

With no obvious entrance and menacing Guardians on watch, the party withdrew and chose to ask around in town for advice.

Asking both old friends and new sources, they learned secretive caravans would enter the Spire at full moon, never to return.

Furthermore, they learned the local Blacksmith, a Goliath named Børge, was thought to be the mastermind behind these caravans most likely transporting Fey into the Crimson Castle.

However, having asked the Blacksmith to create silvered weapons, he grew suspicious and lured them into a trap locking them inside a backroom smithy, where a Dwarven Vampire Spawn with Skeleton and Ghoul minions were waiting in ambush. 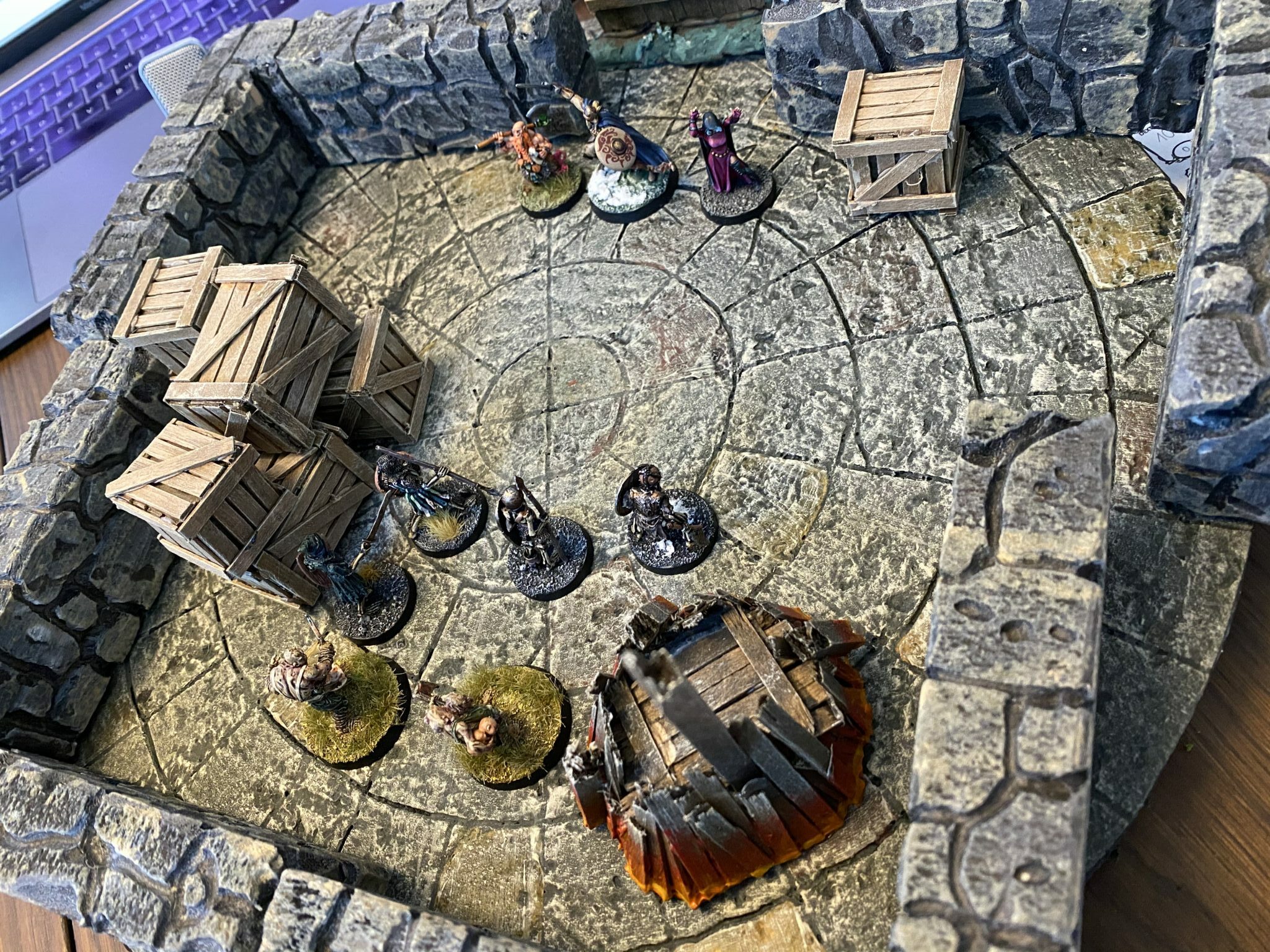 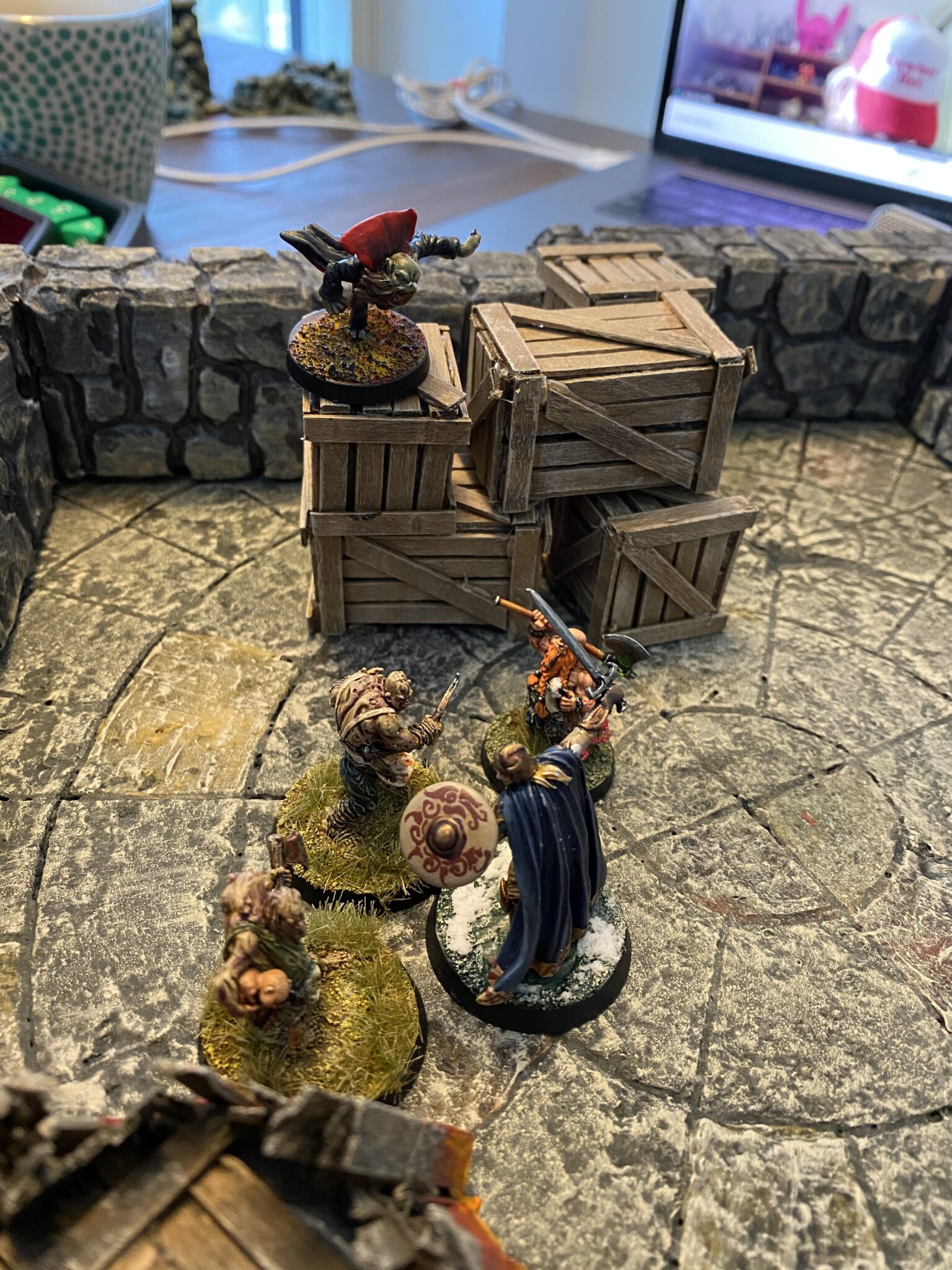 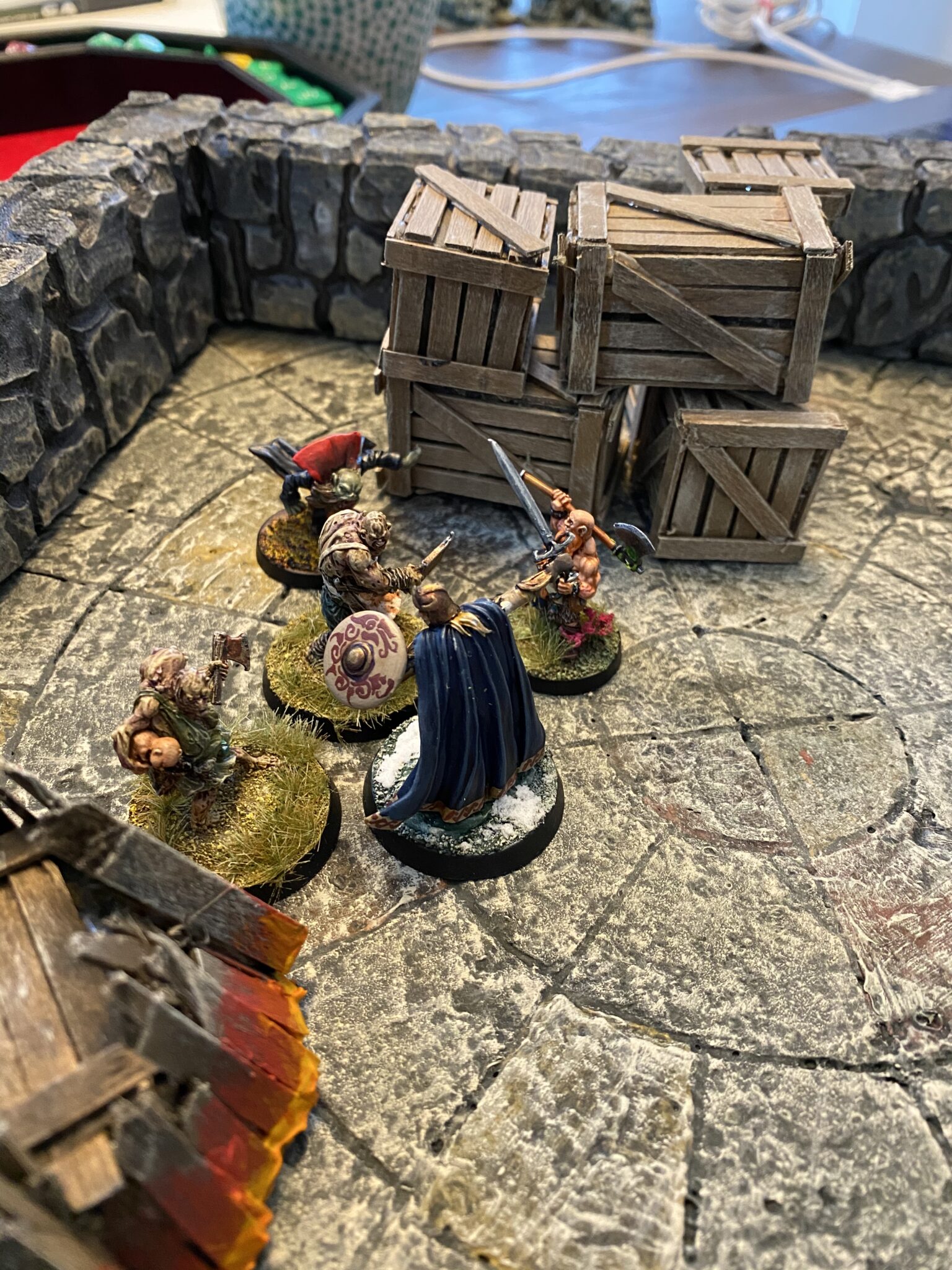 The experienced heroes, suspecting foul play, walked into the trap with weapons ready and quickly dispatched the undead minions.

The Vampire proved a bigger challenge, but Grimshaw, in a split second decision grappled the Vampire to throw him into the furnace, only to realise the furnace was close after lifting up the foul abomination of a dwarf.

Damion, rushed to open the furnace door and Alyanys summoned a skeletal hand to latch onto the Vampire to prevent it from regenerating. 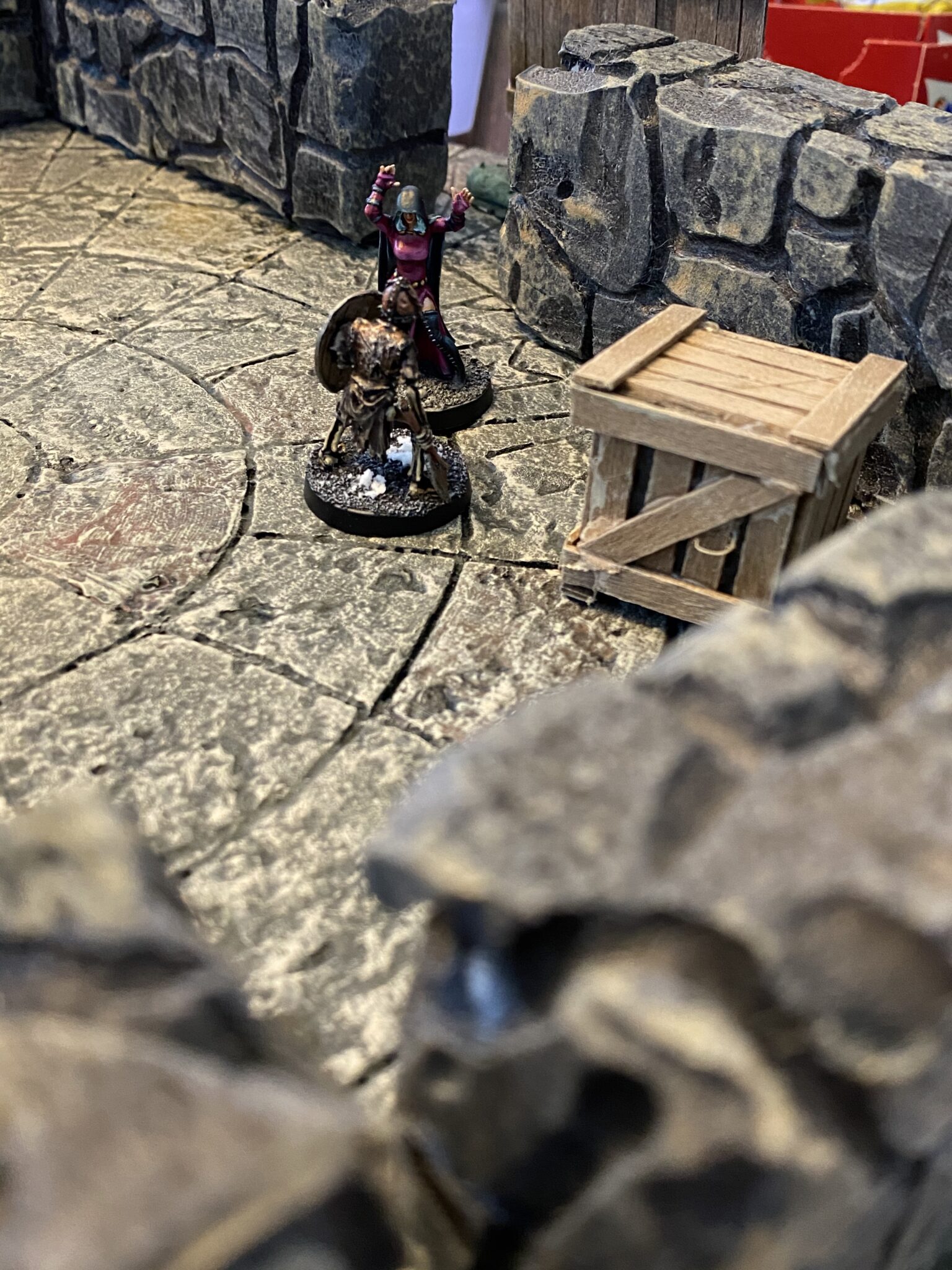 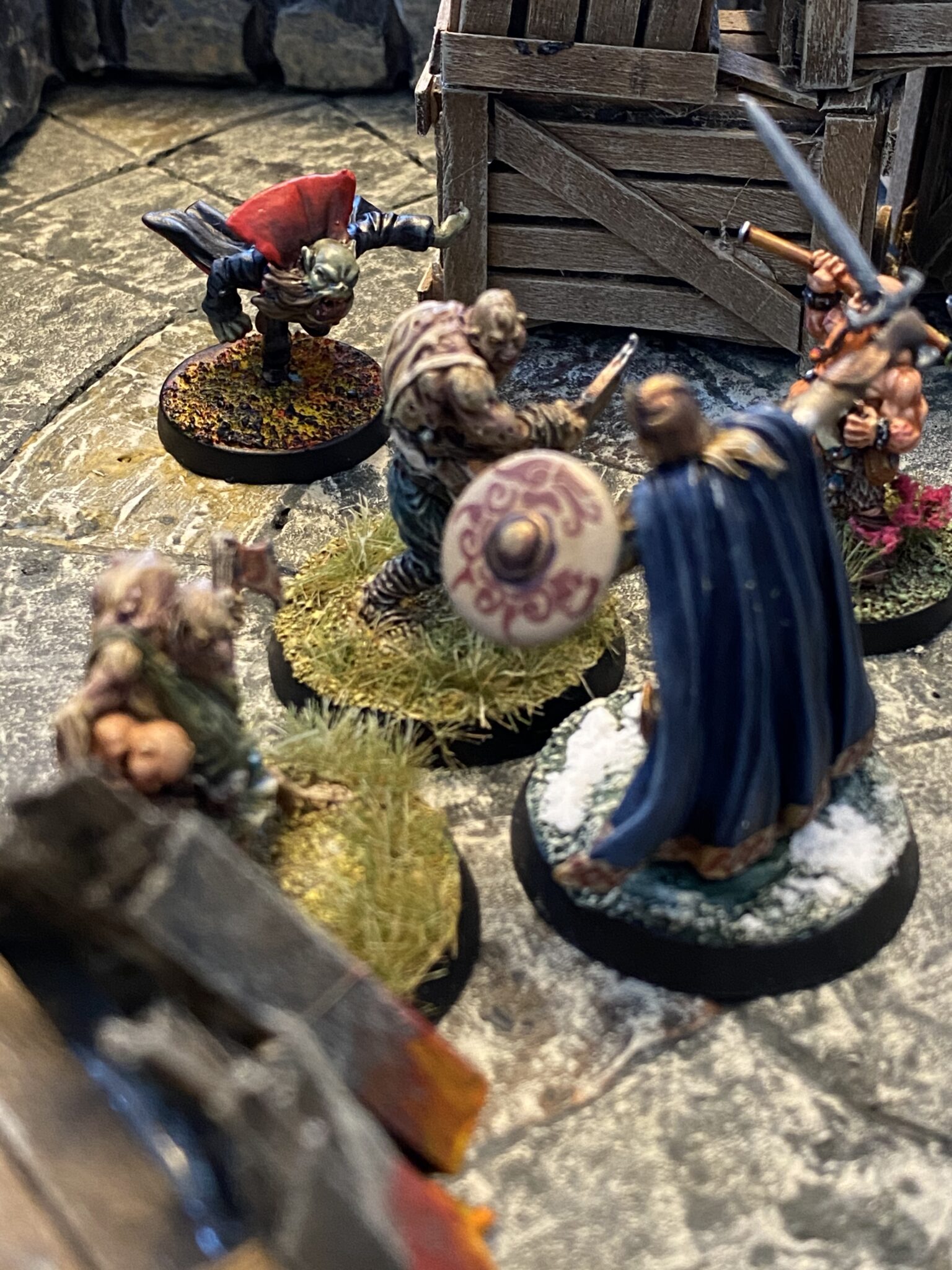 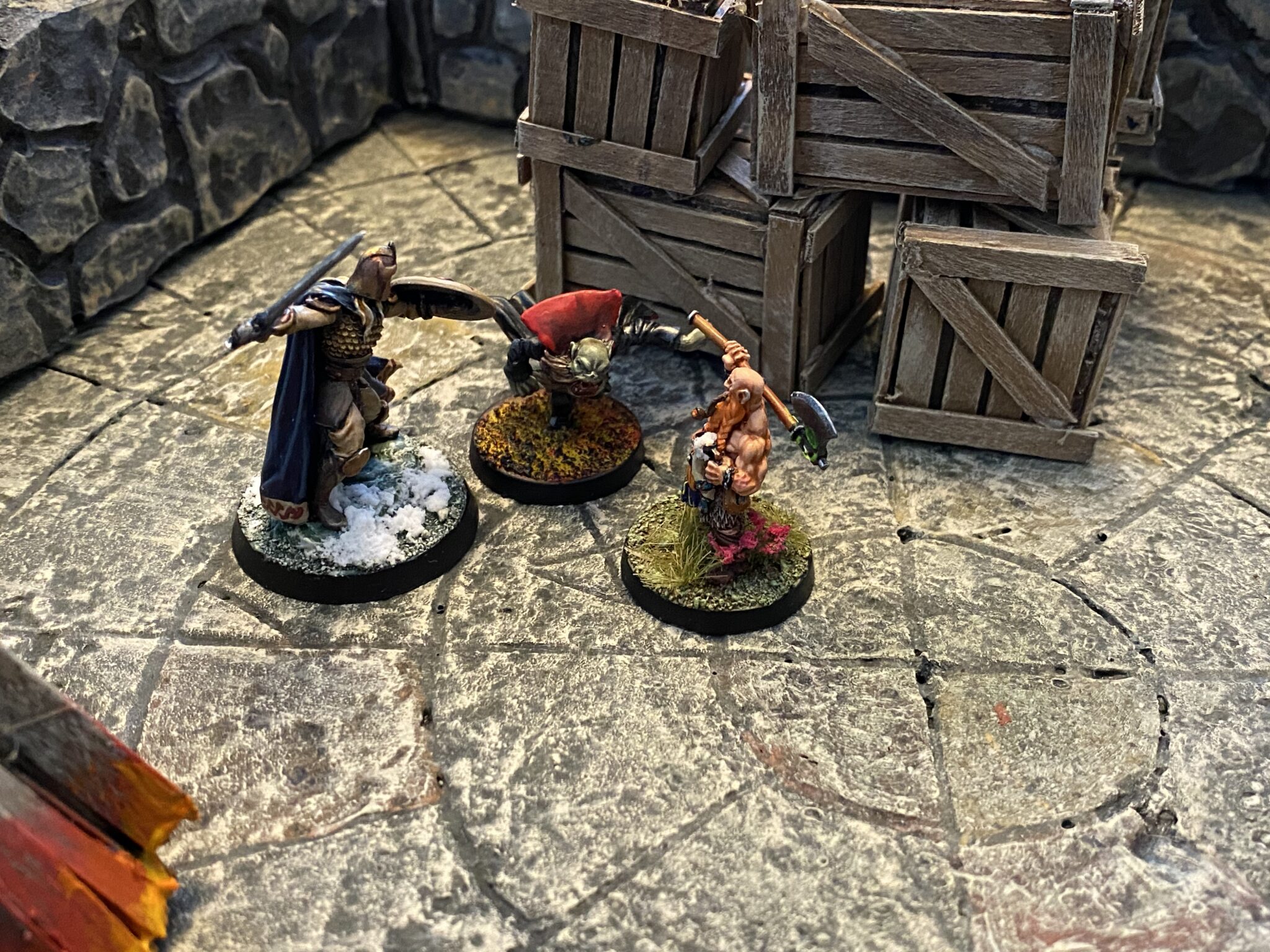 In a desperate last bid, the Vampire Spawn stabbed its fangs in Grimshaw’s neck sucking his life blood, but it was too late: Grimshaw had already made the run up to the Vampire Dwarf Toss straight into the furnace.

Damon quickly shut the door and the screams of the burning Lesser Vampire quickly died out with a found smell.

A trap for the trapper

On their way out of the workshop, the heroes found a small anonymous looking covered horse cart with a strong bloodied cage inside. They had found the next wagon to go to the Crimson SPire in a few days.

Rather than leave the workshop, the heroes decided to stay the night in hiding and when the Goliath Blacksmith came with the first light of dawn, they killed him and Alyanys magically transformed herself to a copy of the blacksmith.

From there on the heroes spent the next couple of days reading themselves with weapons and prepared the wagon to be able to hide Grimshaw and Damon.

They also secretly snuck in two Fey Folk allies, one strong and mighty, the other one more stealthy to assist them.

And with that, the heroes set off to deal with what would likely be the most deadly foe they had ever faced in an attempt to get home.

The heroes of the game 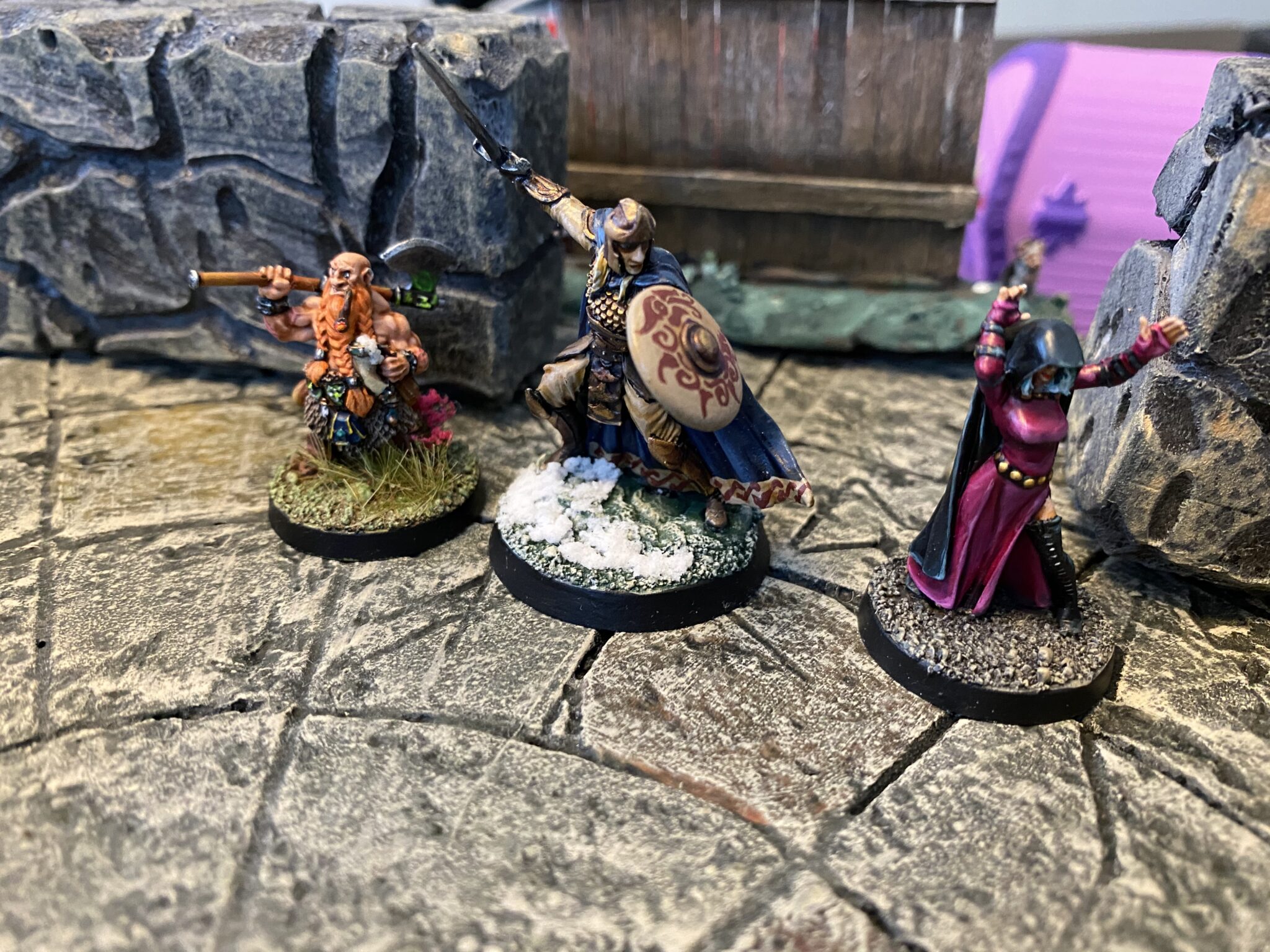 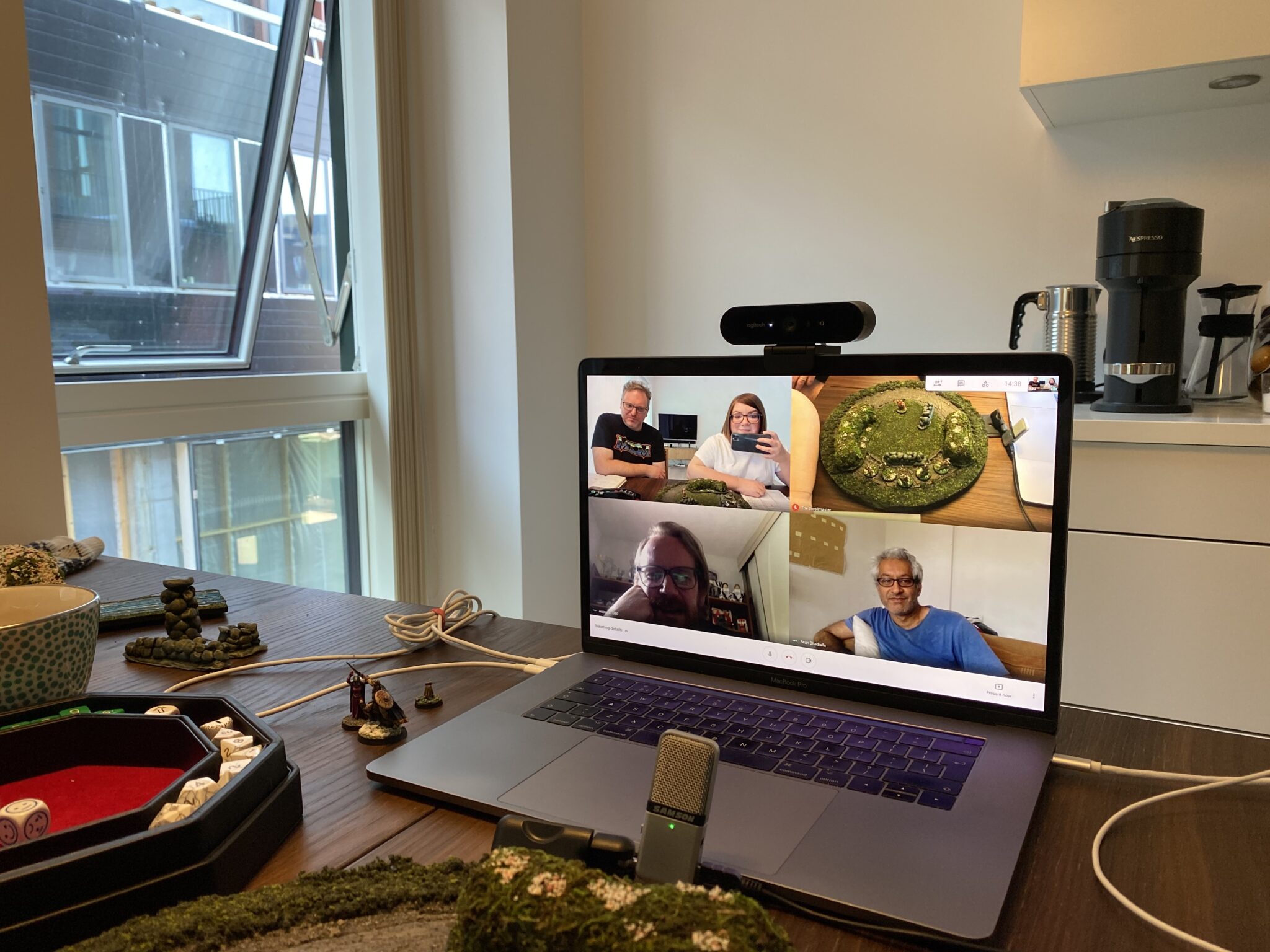 How I store miniatures for each game

I use this little storage device I bought thinking it was much bigger, but despite the initial disappointment, this has been perfect! 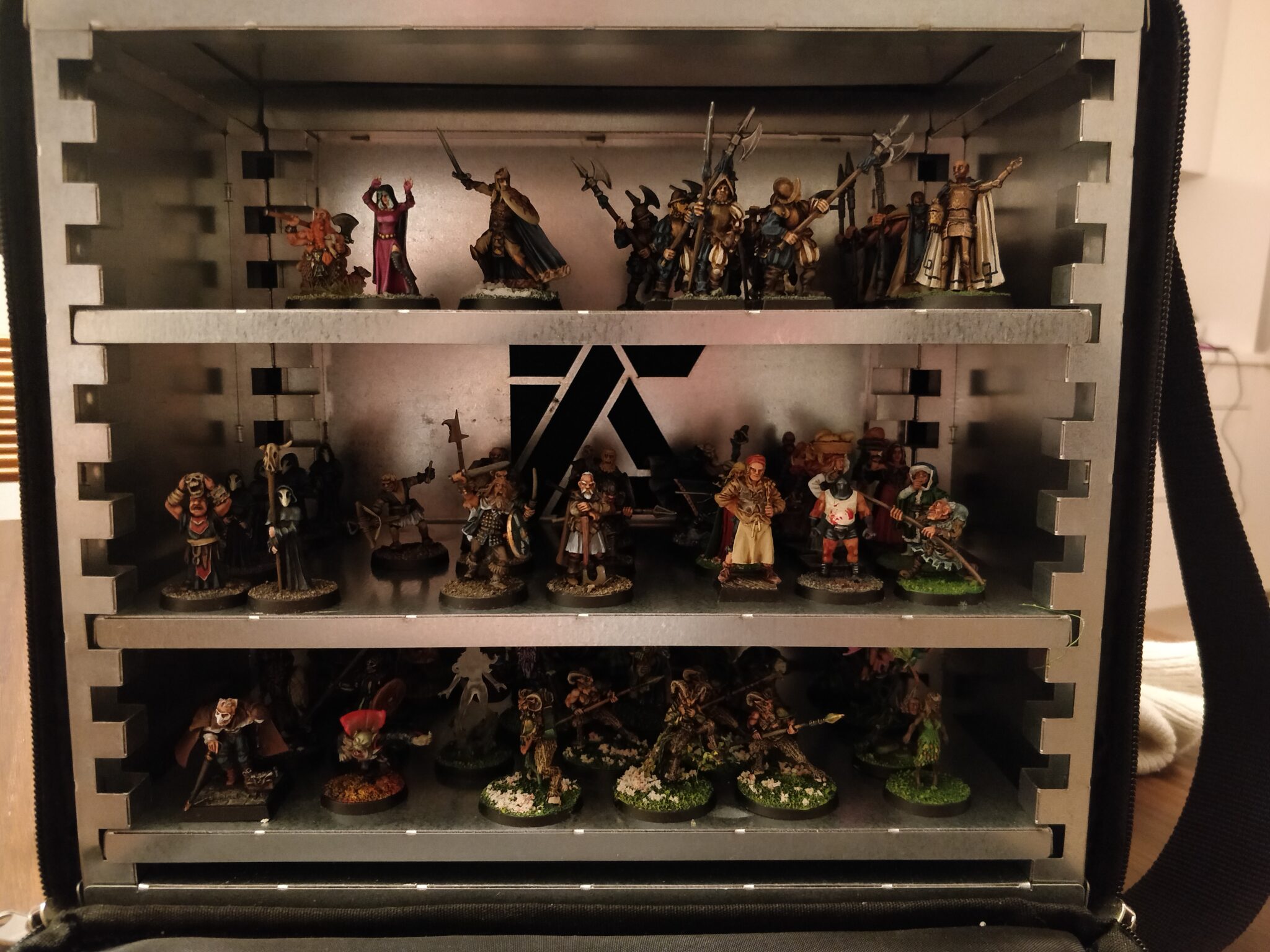 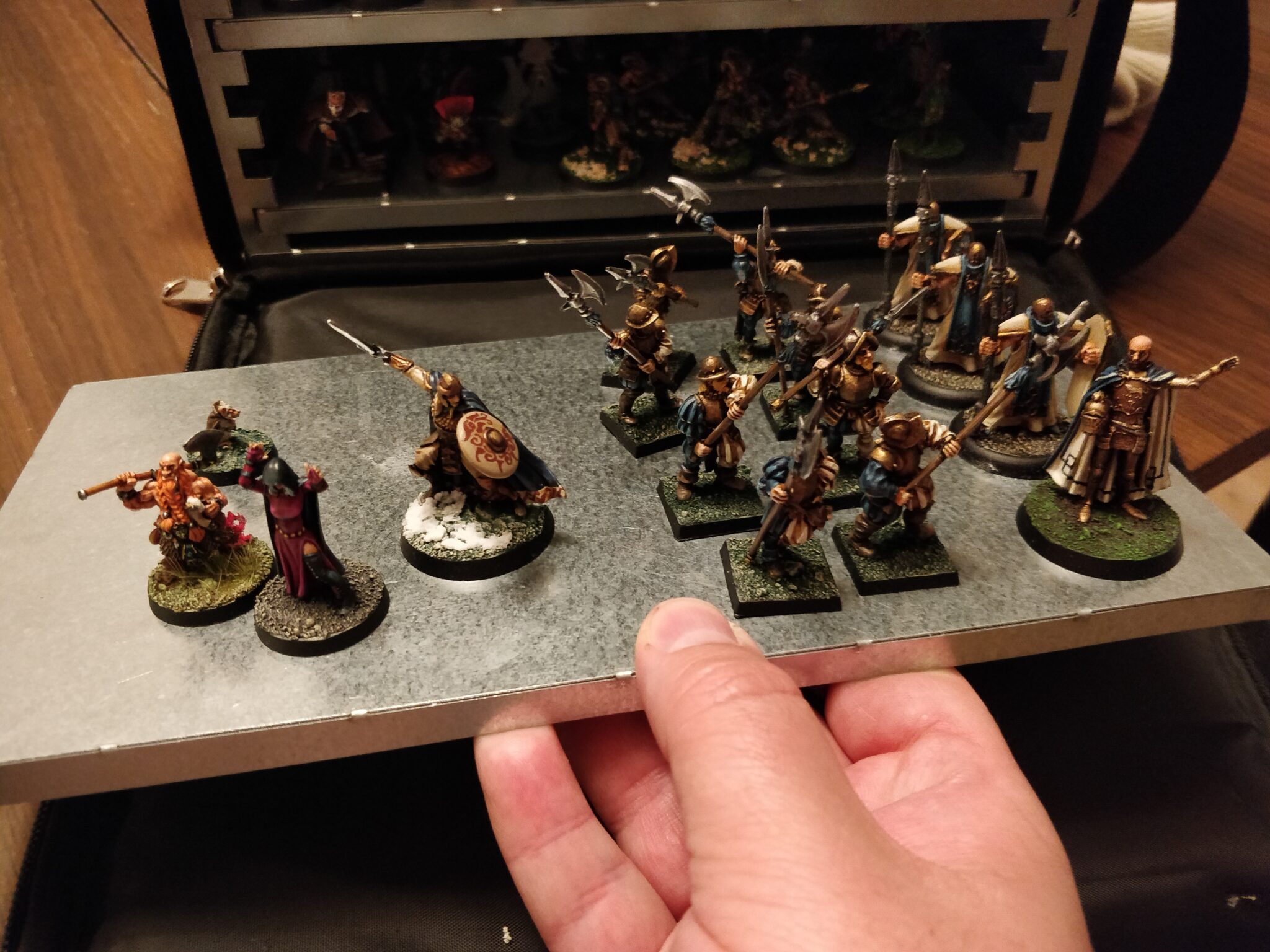 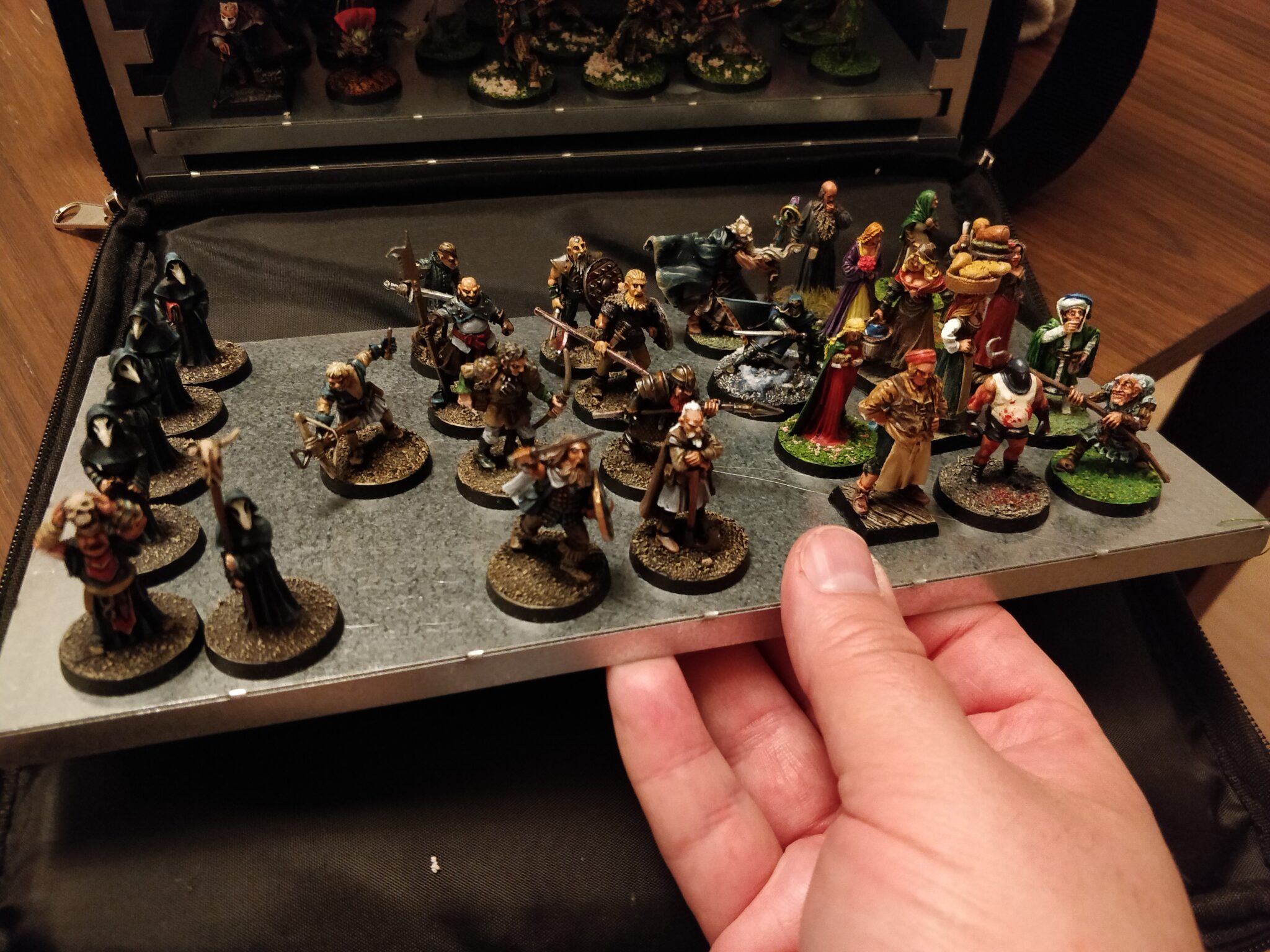 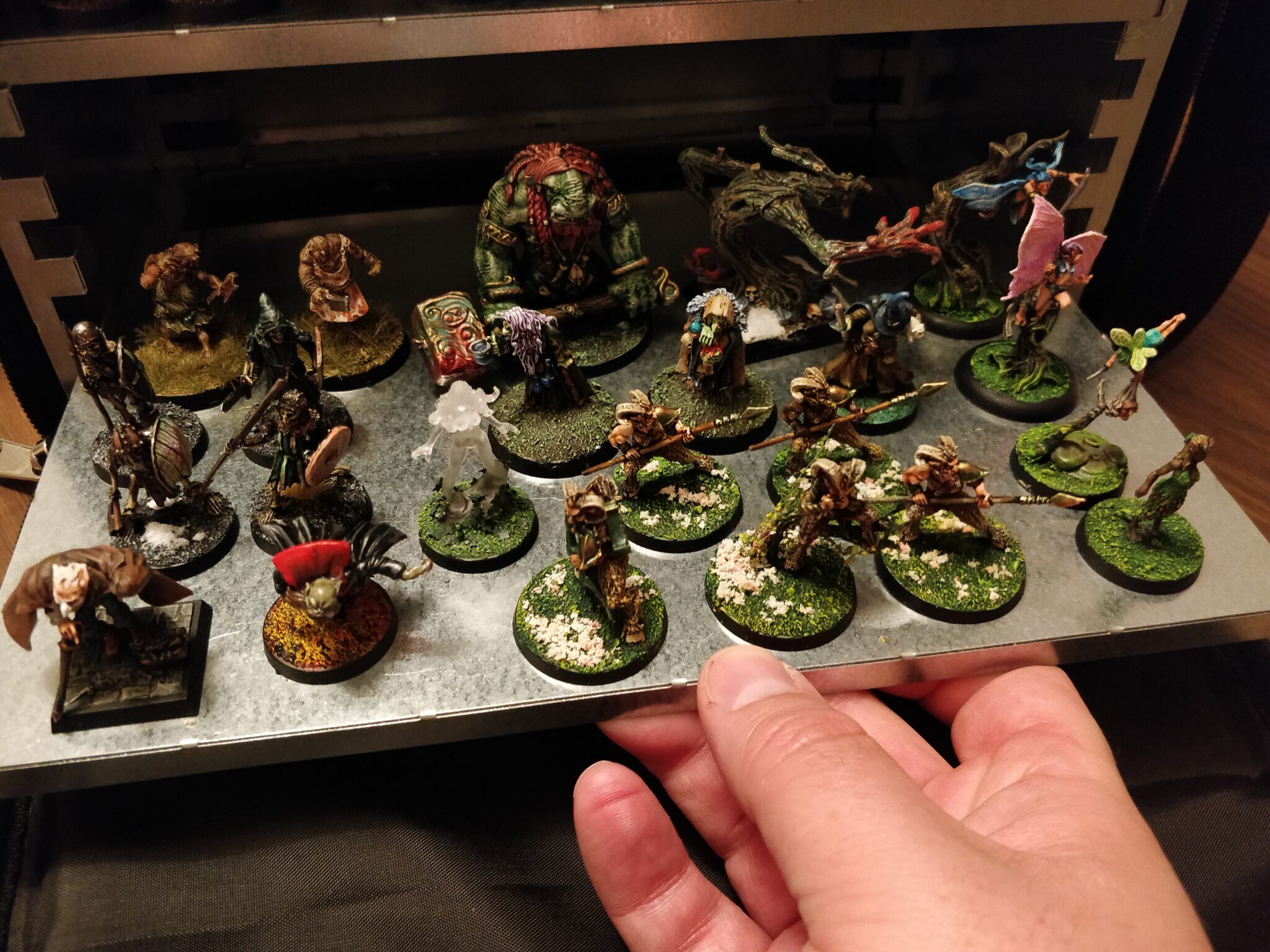 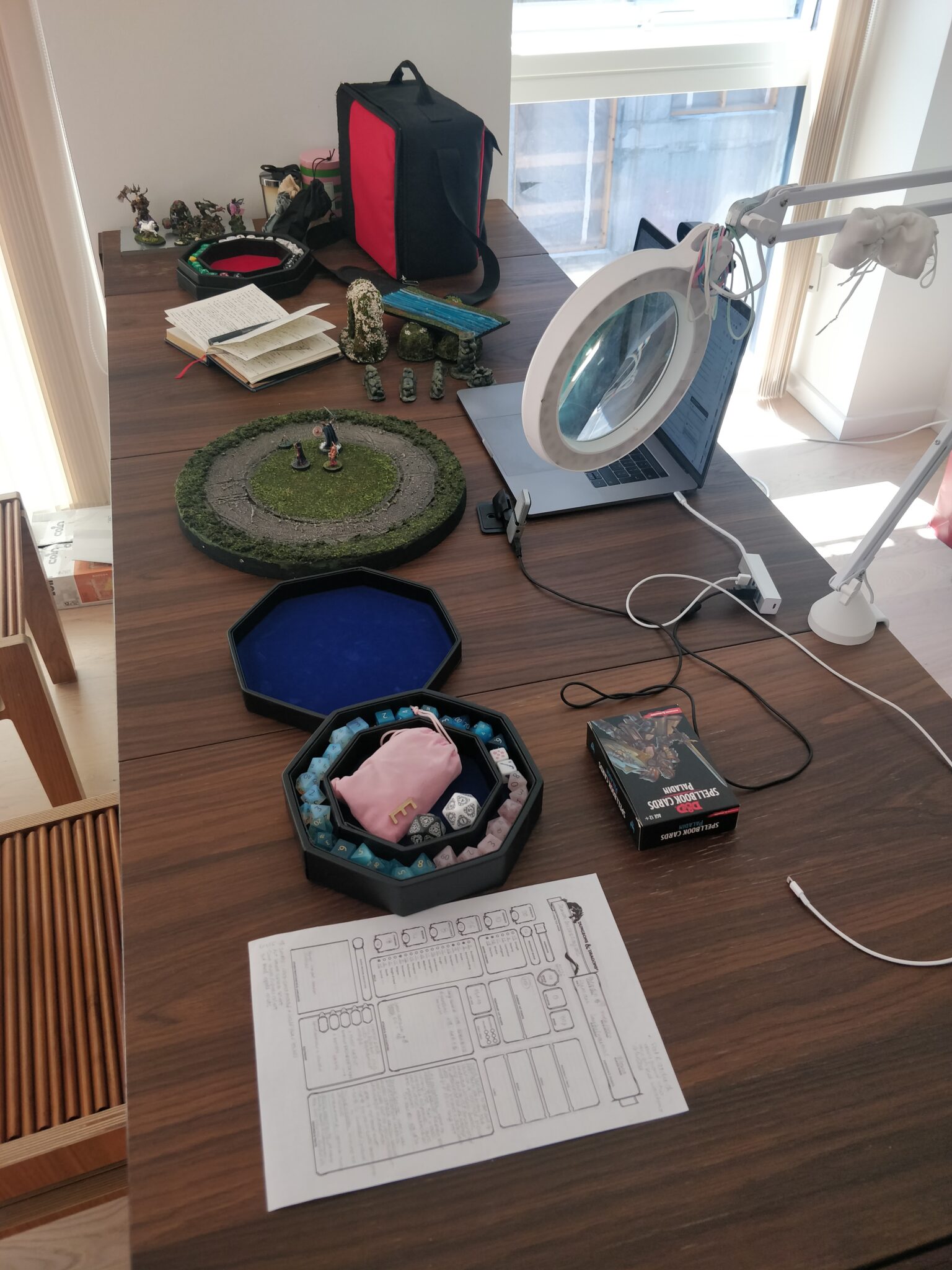