Been a while since I’ve created a gaming board set mainly because I have pretty much what I need.

However, a recent game went completely sideways in a glorious unexpected way. To make a long story short, our lvl5 party decided to pick a fight with a young blue dragon, named Electrax Stormwing. 2 adventurers KOed, 1 failed 4 death saves and we lost our first character and last character, our dragonborn sorcerer standing yielded to the dragon.

This was all totally unexpected for me, so I had to come up with a totally unforeseen encounter for the following game focused on escaping Electrax’ lair!

In the 18 months we have played this campaign, this was probably my favourite chapter so far and to bring the lair truly to life in all its awesomeness, I decided to create a full gaming board set from scratch including an option to have a cage hanging from the ceiling with the dragonborn sorcerer as “pet”.

To be fair, I probably could have used my bonedry desert gaming board… buuuut….

In any case, I followed the same tips from Runehammer’s video “Craft Game: Hell World!“ and i am really happy with the result.

The set is roughly broken into two sub-set:

A couple of WIP photos I took

I should have taken more…

Texture pre painting. All made with bashing stones against the foam. Throughly enjoyable exercise. 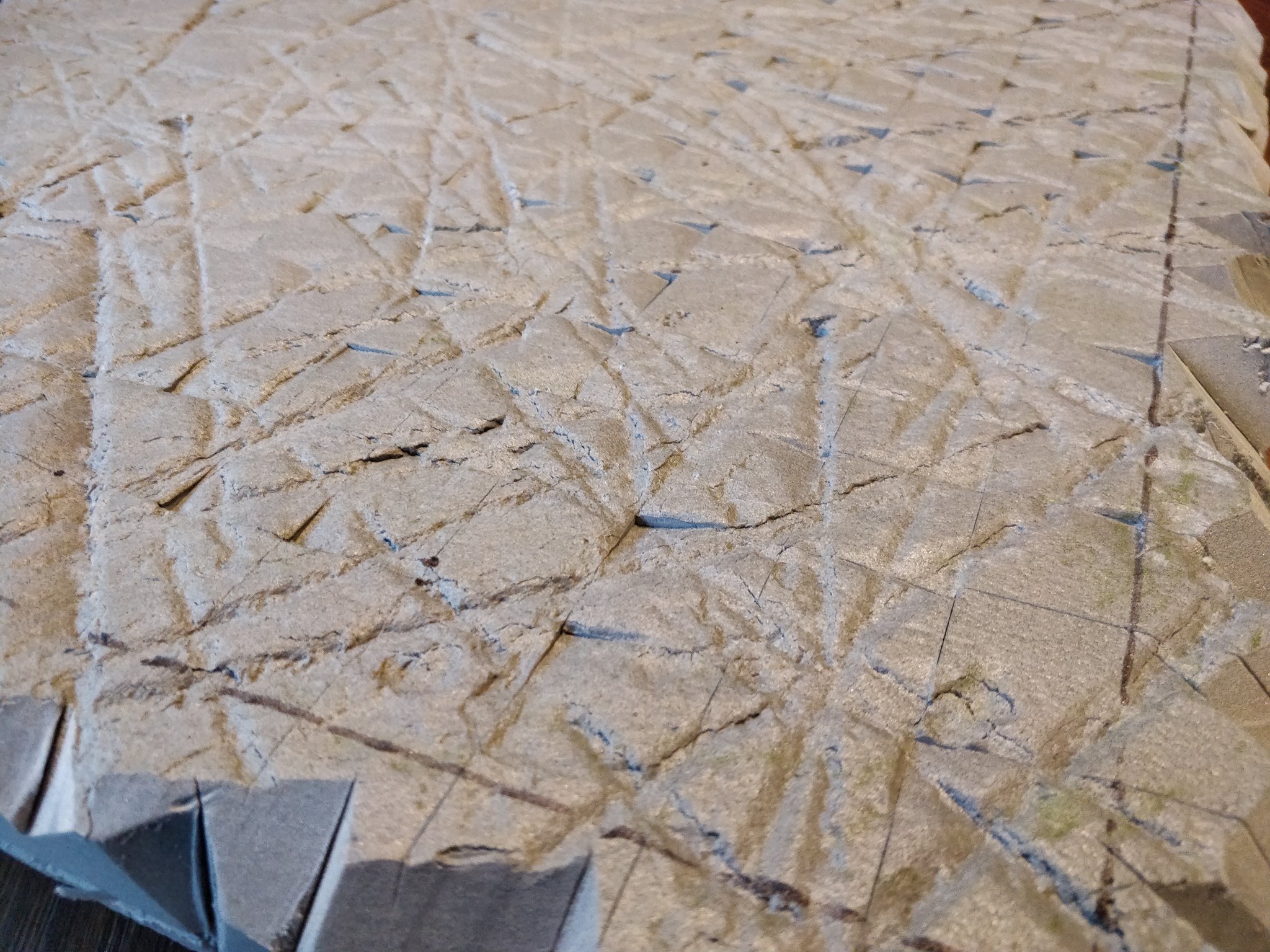 All tall elements have metal bits like screws and washers to keep them upright. The four large pillars has 5-7 washers in the bases.

I did cover the holes with filler and painted them in case I need the elements to lay down for some reason, 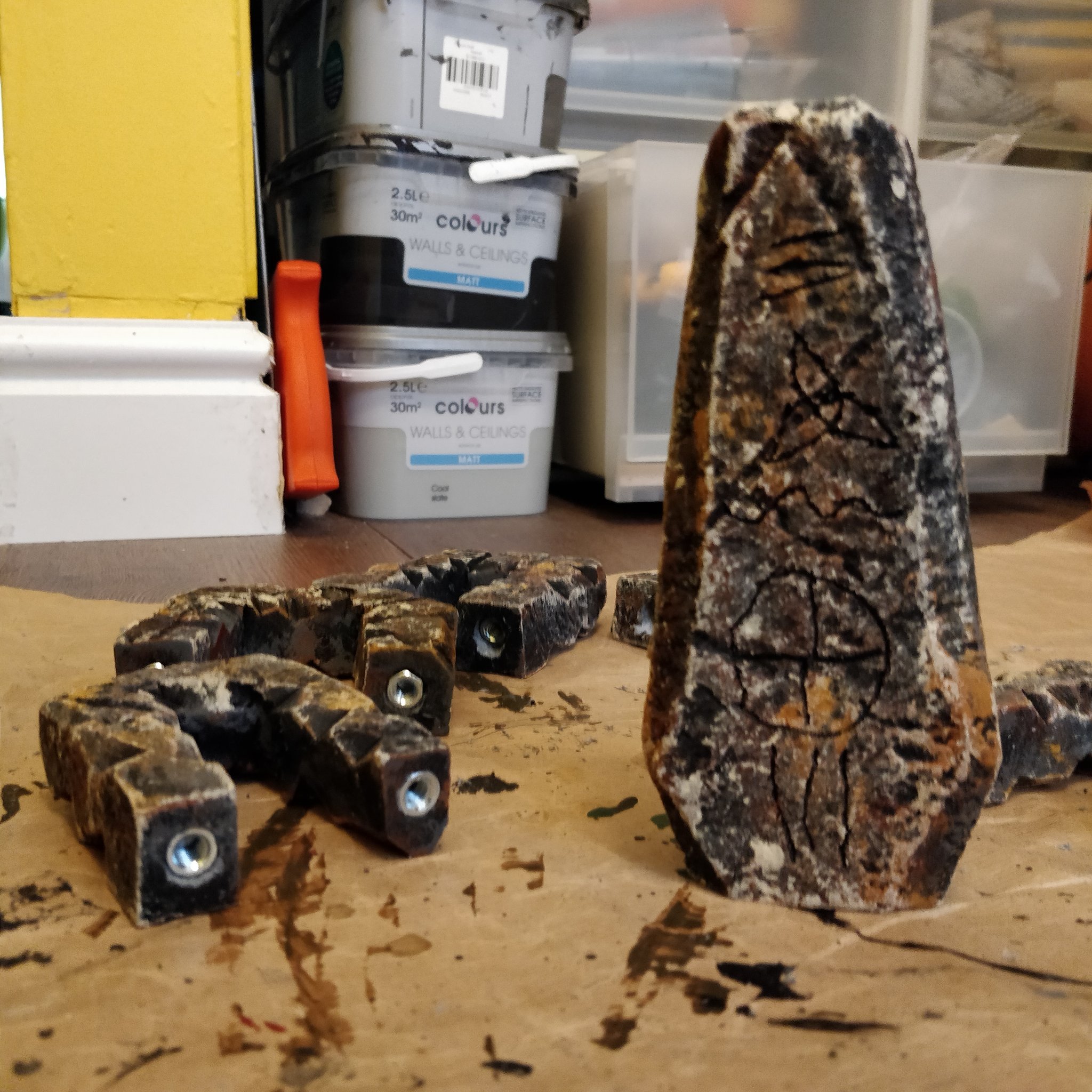 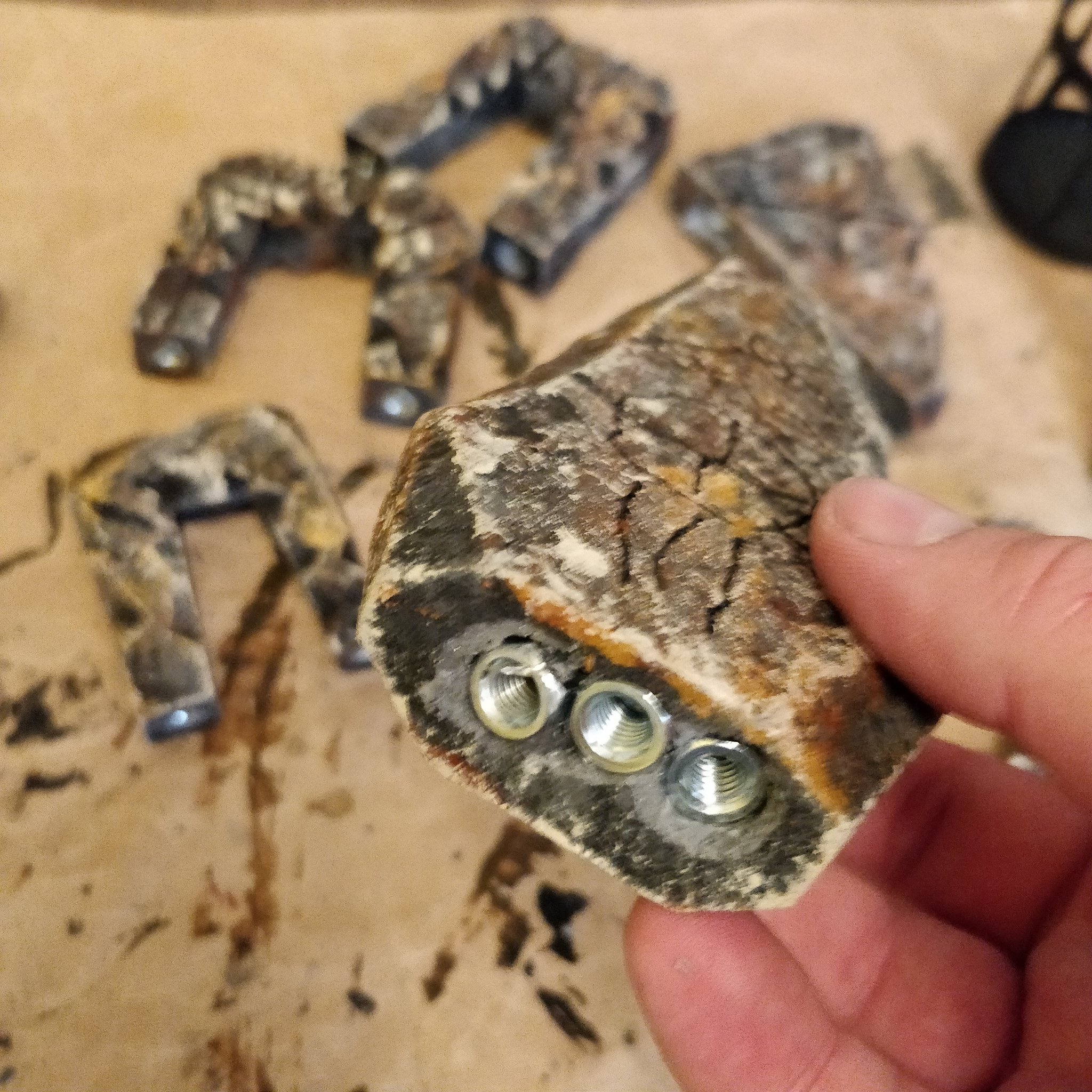 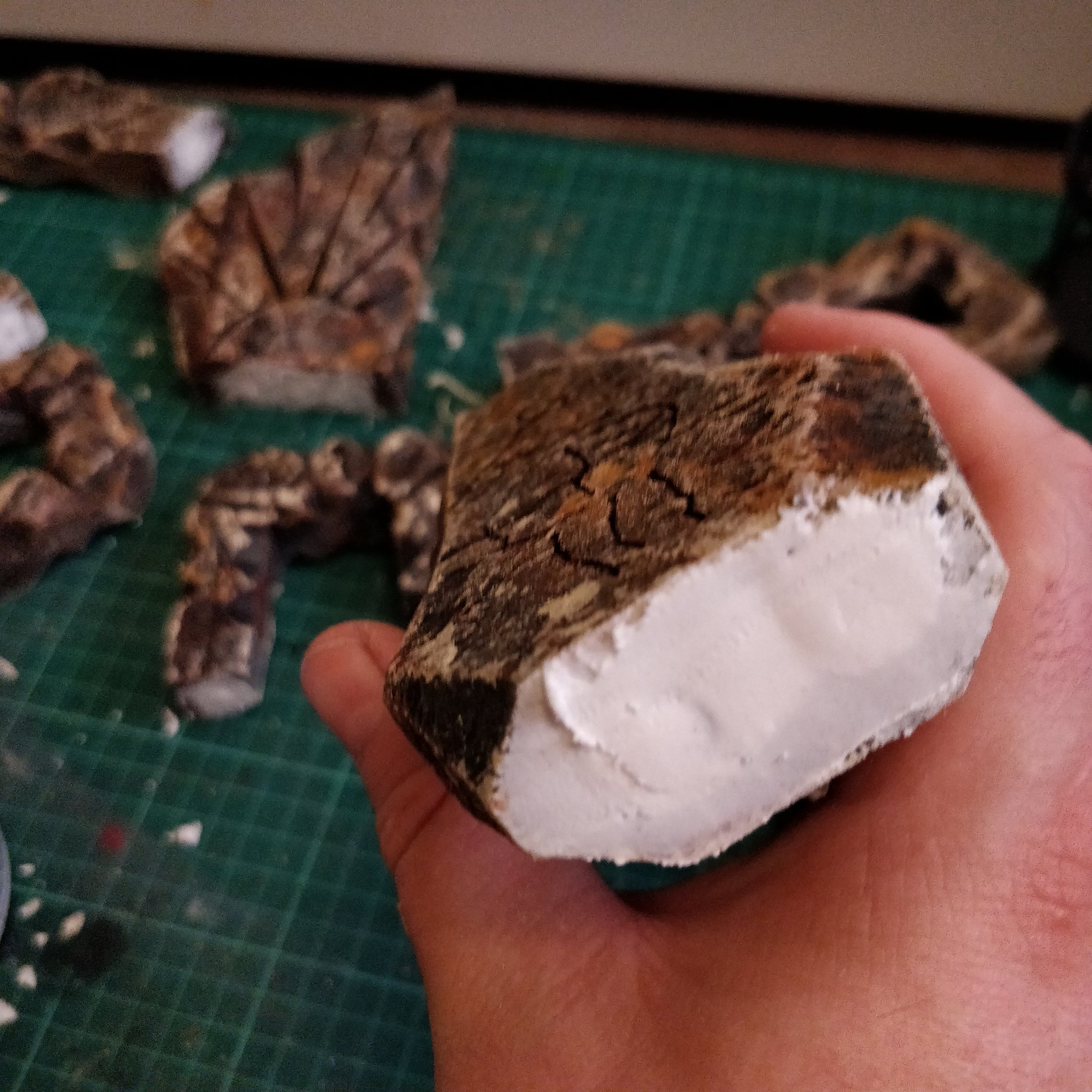 This is my biggest set to date and I expect it to stay the biggest as it is almost too large for my table, 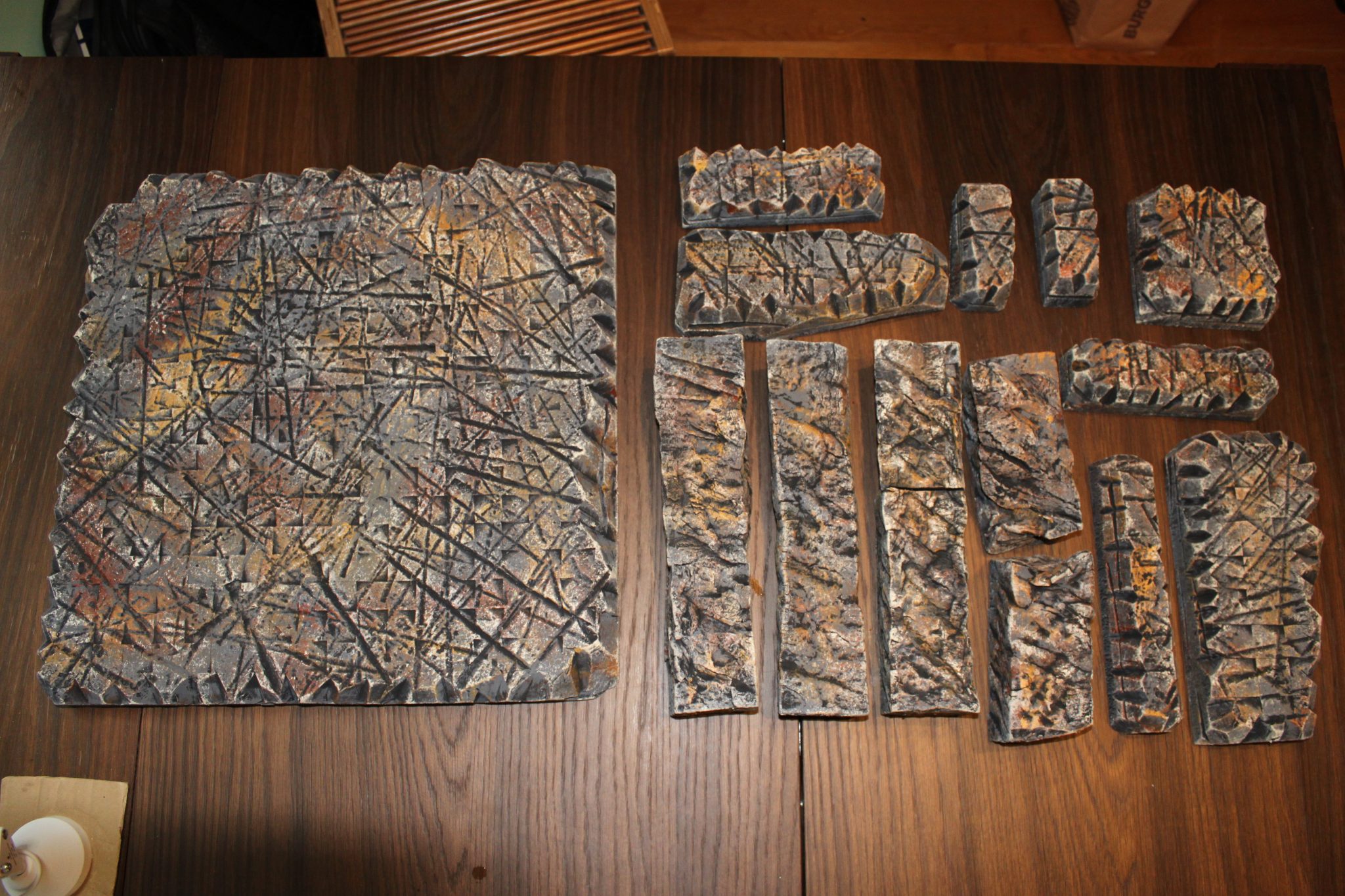 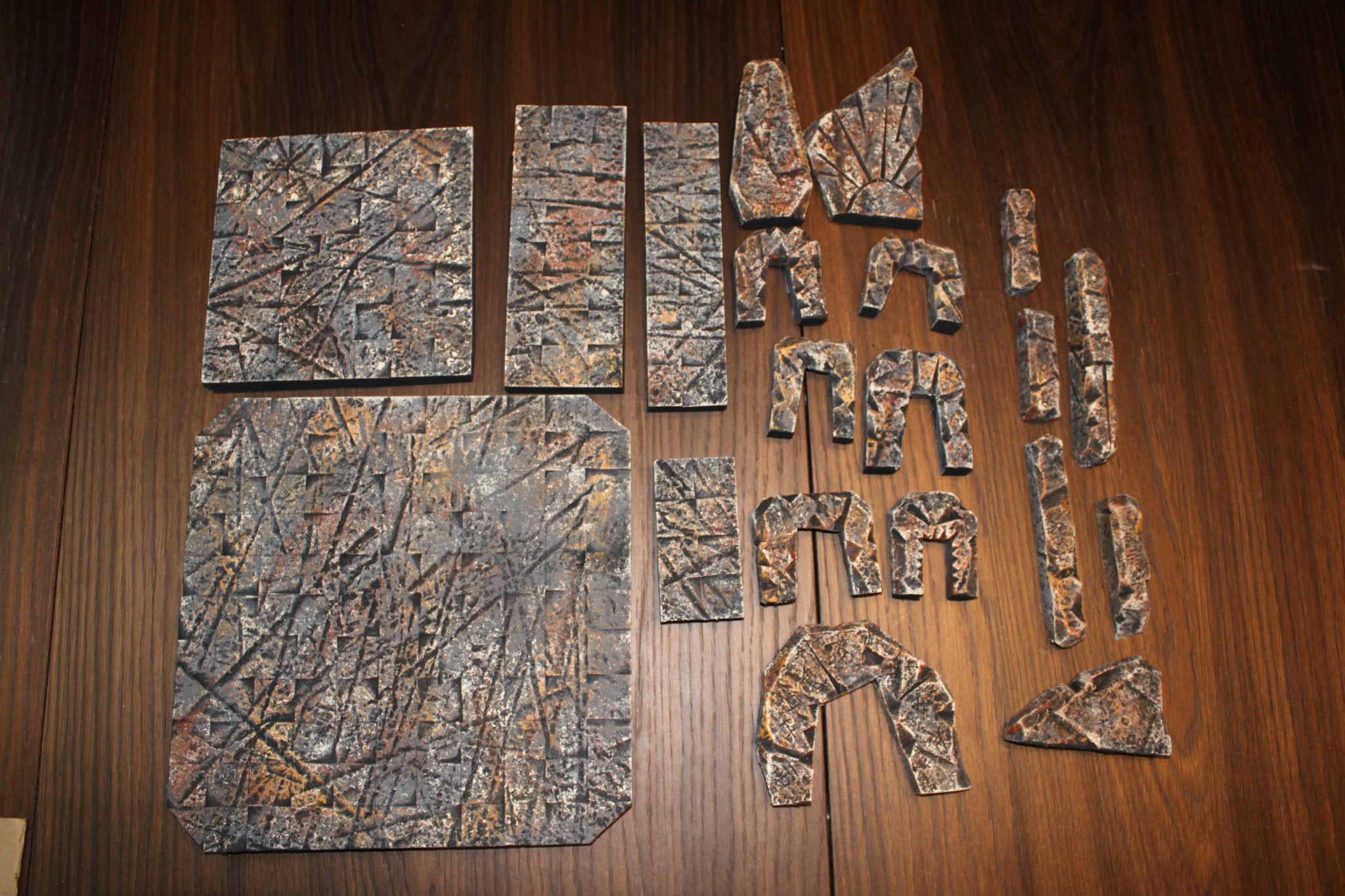 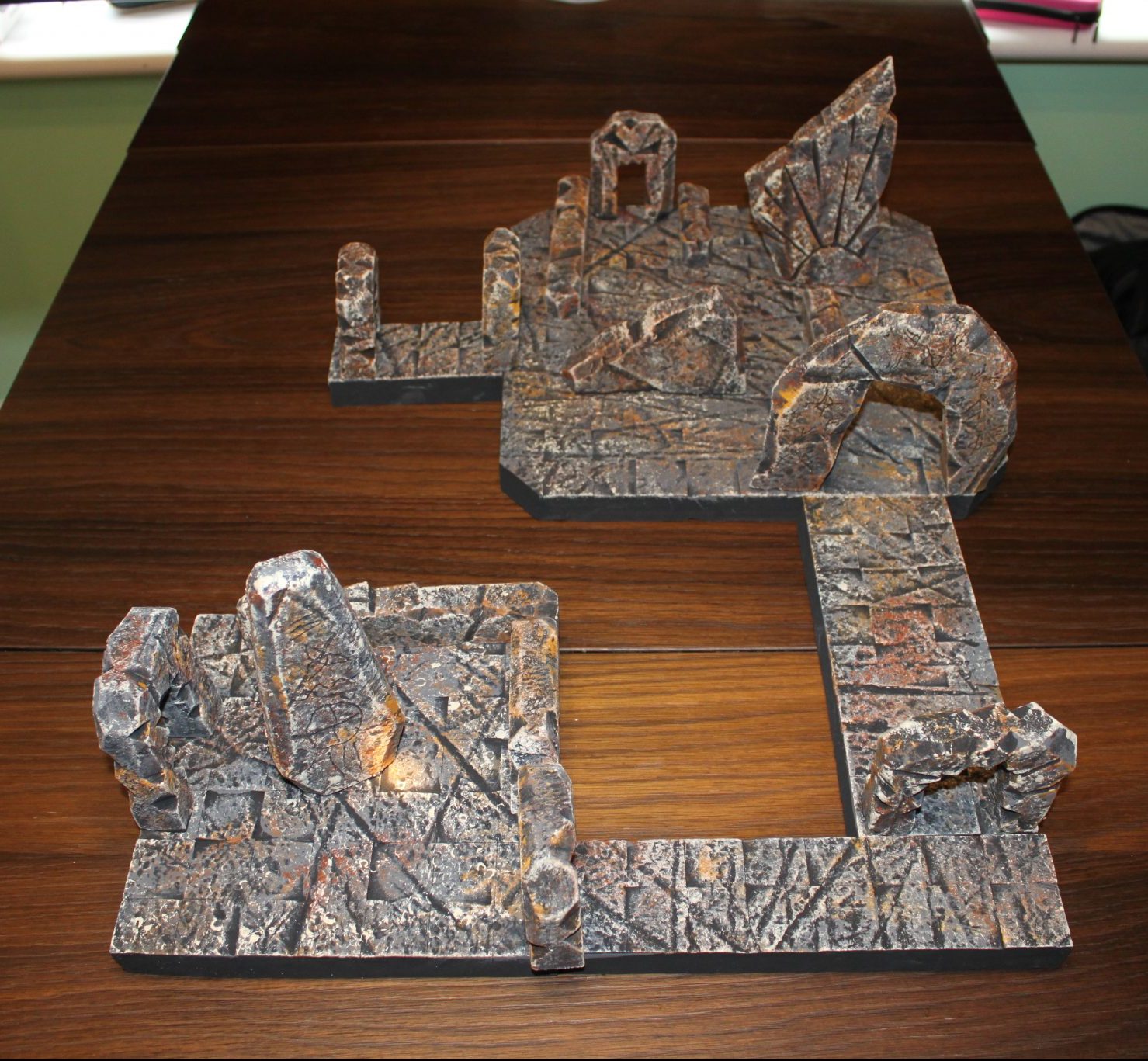 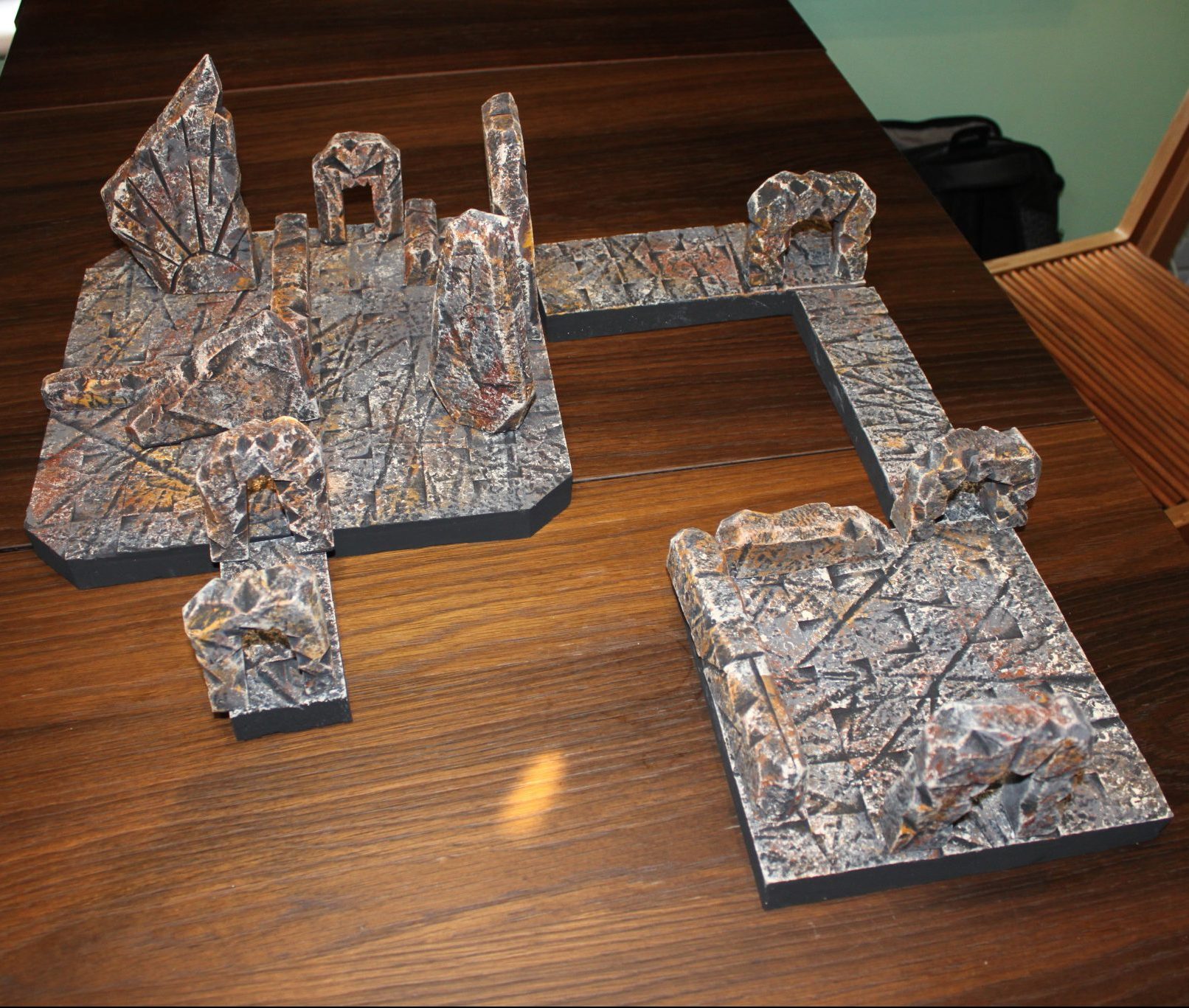 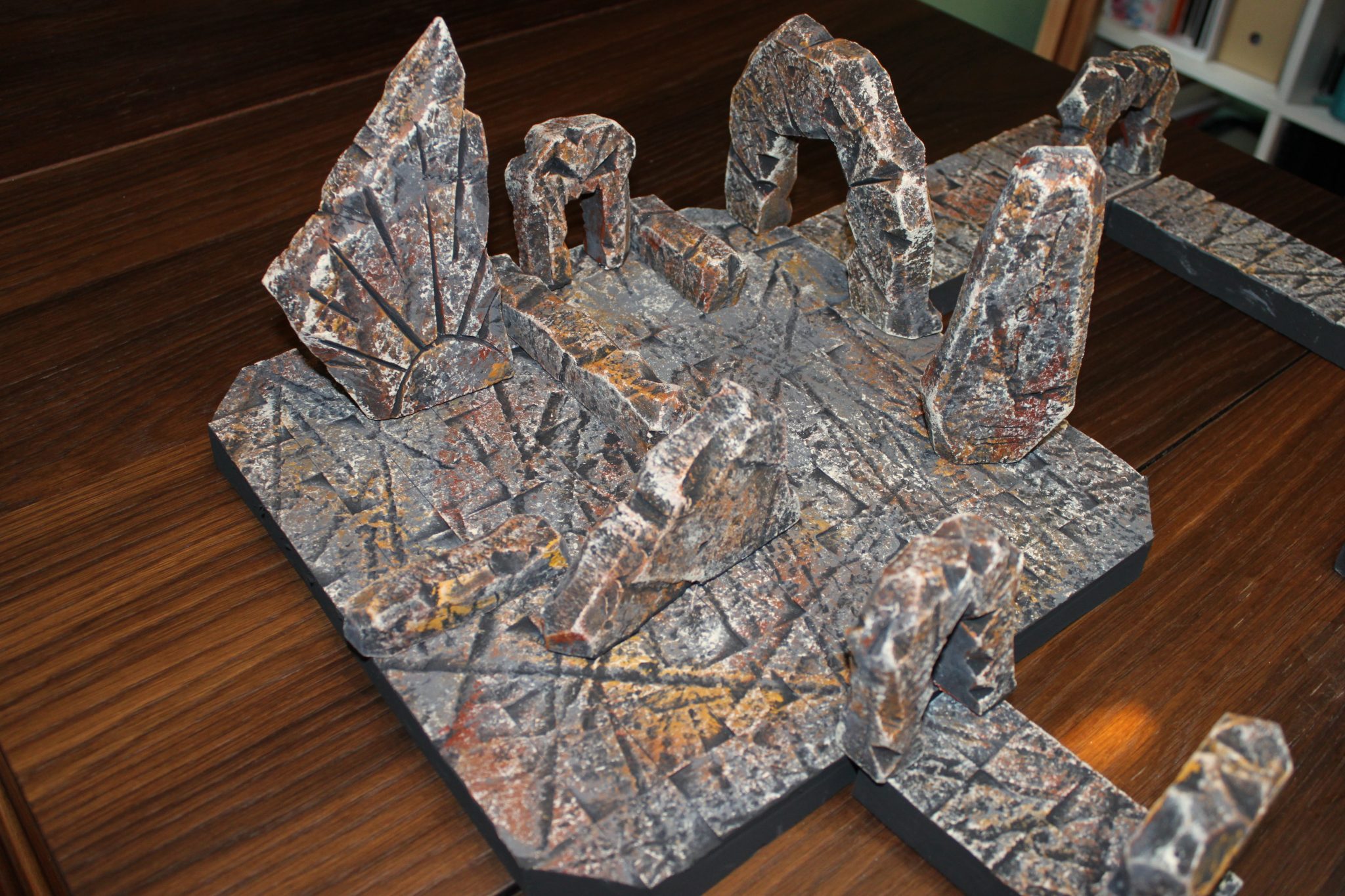 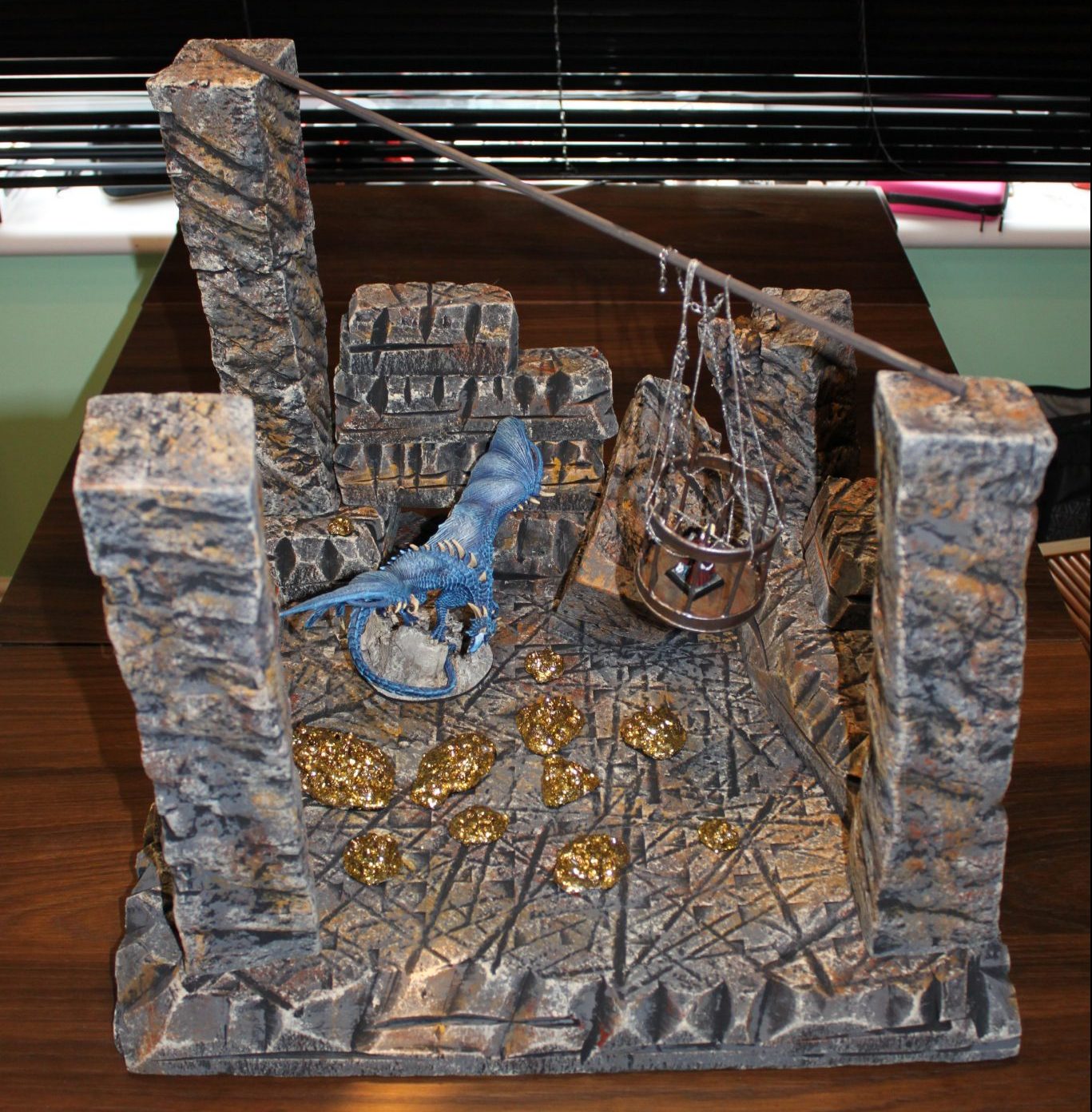 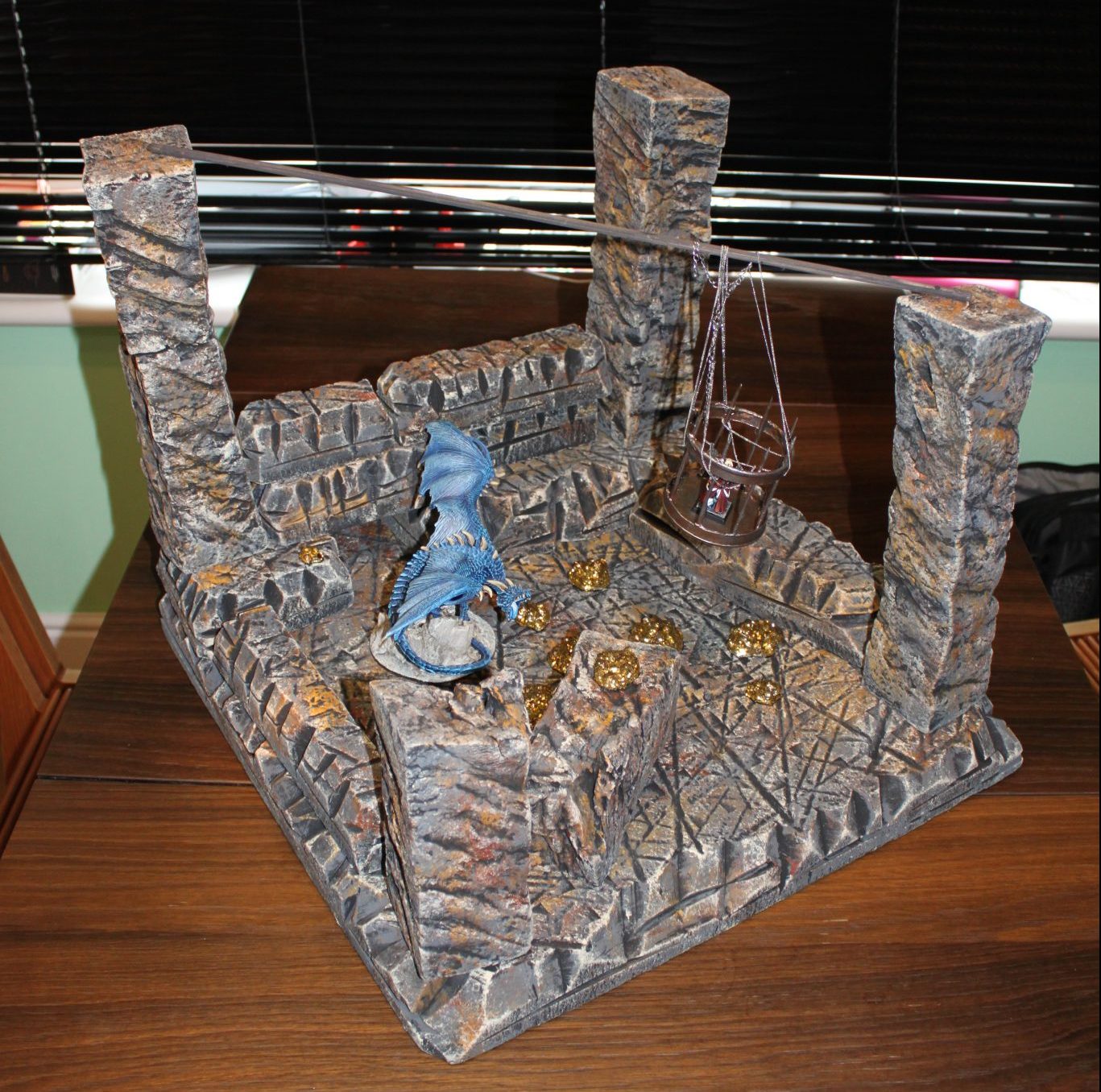 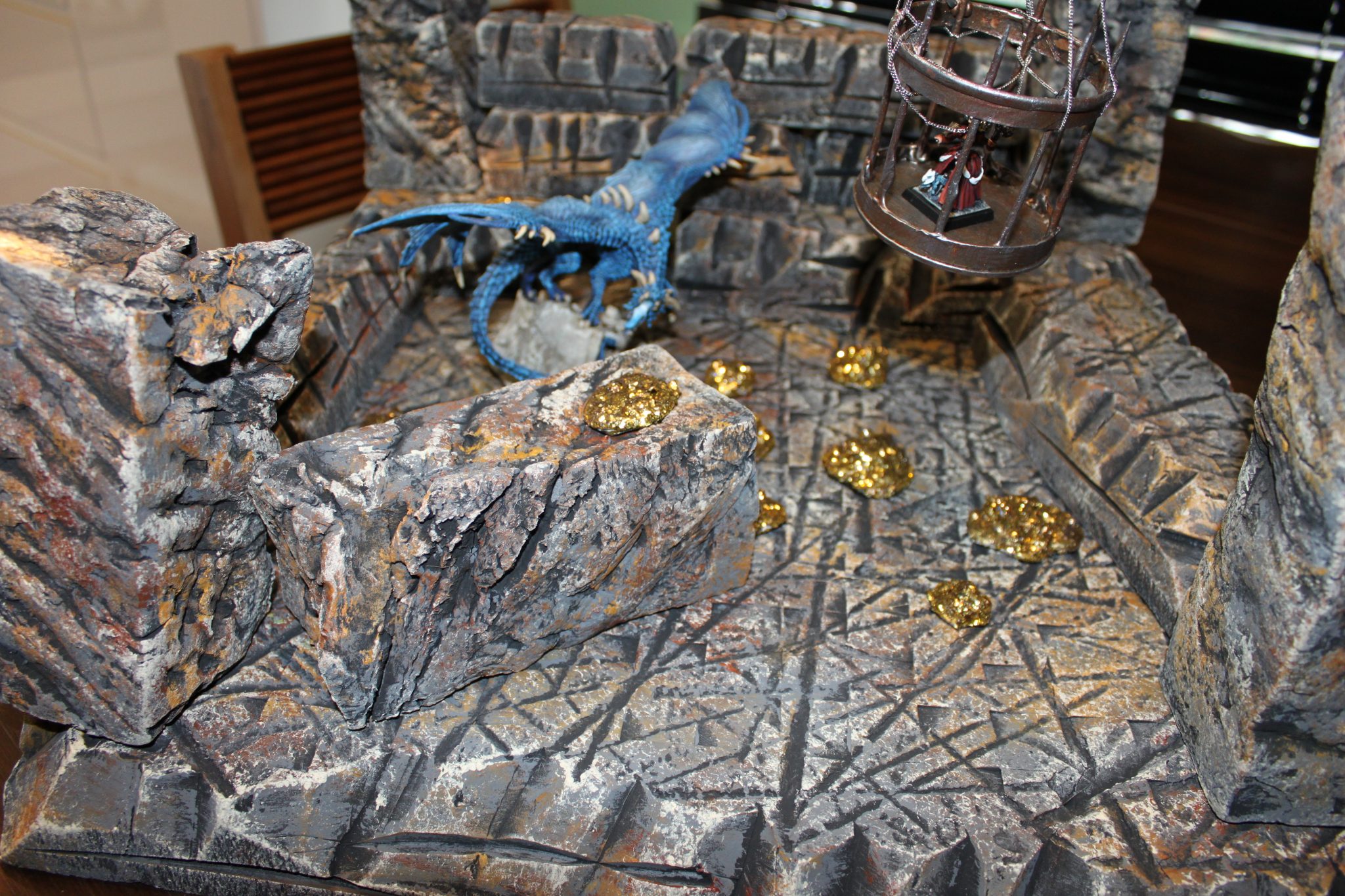 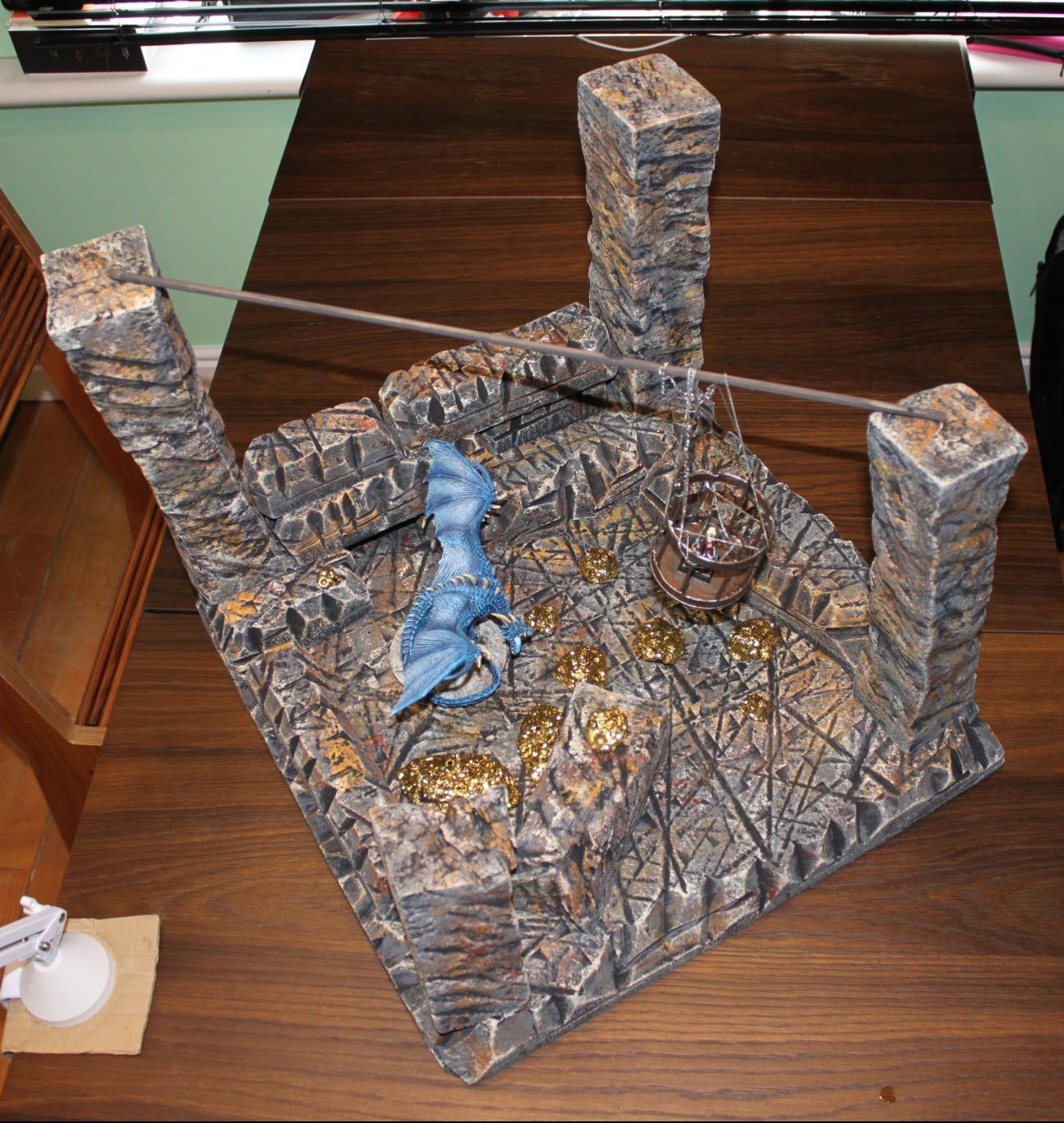 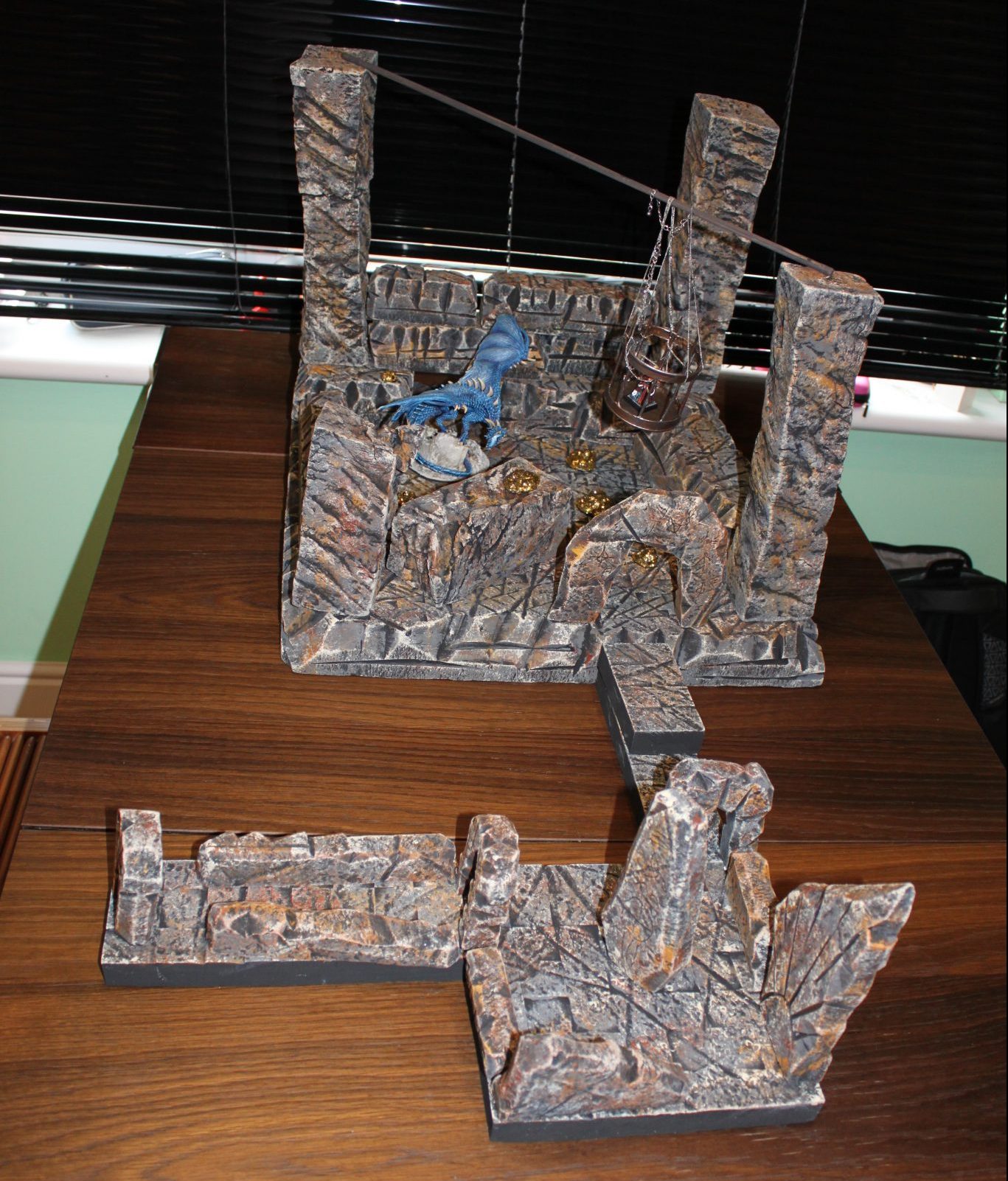 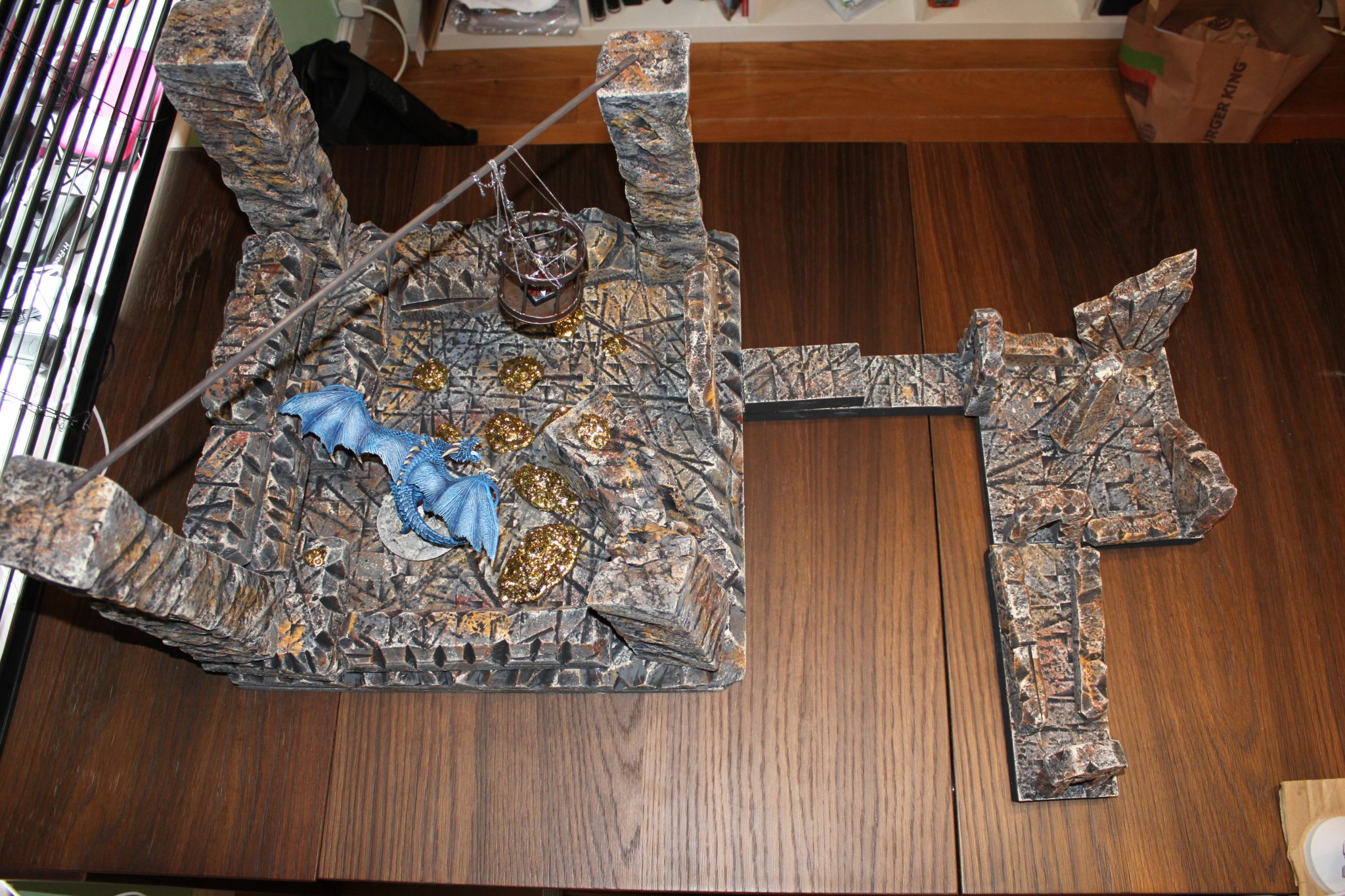 Close up of cage

The cage is made from a Pringles box and some food skewers. The chains is a cheap necklace. Note I had problems getting them to align up neatly and suddenly it hit me that leaving the chains in a disorderly fashioned, actually added to the rusty, grubby look of the cage. 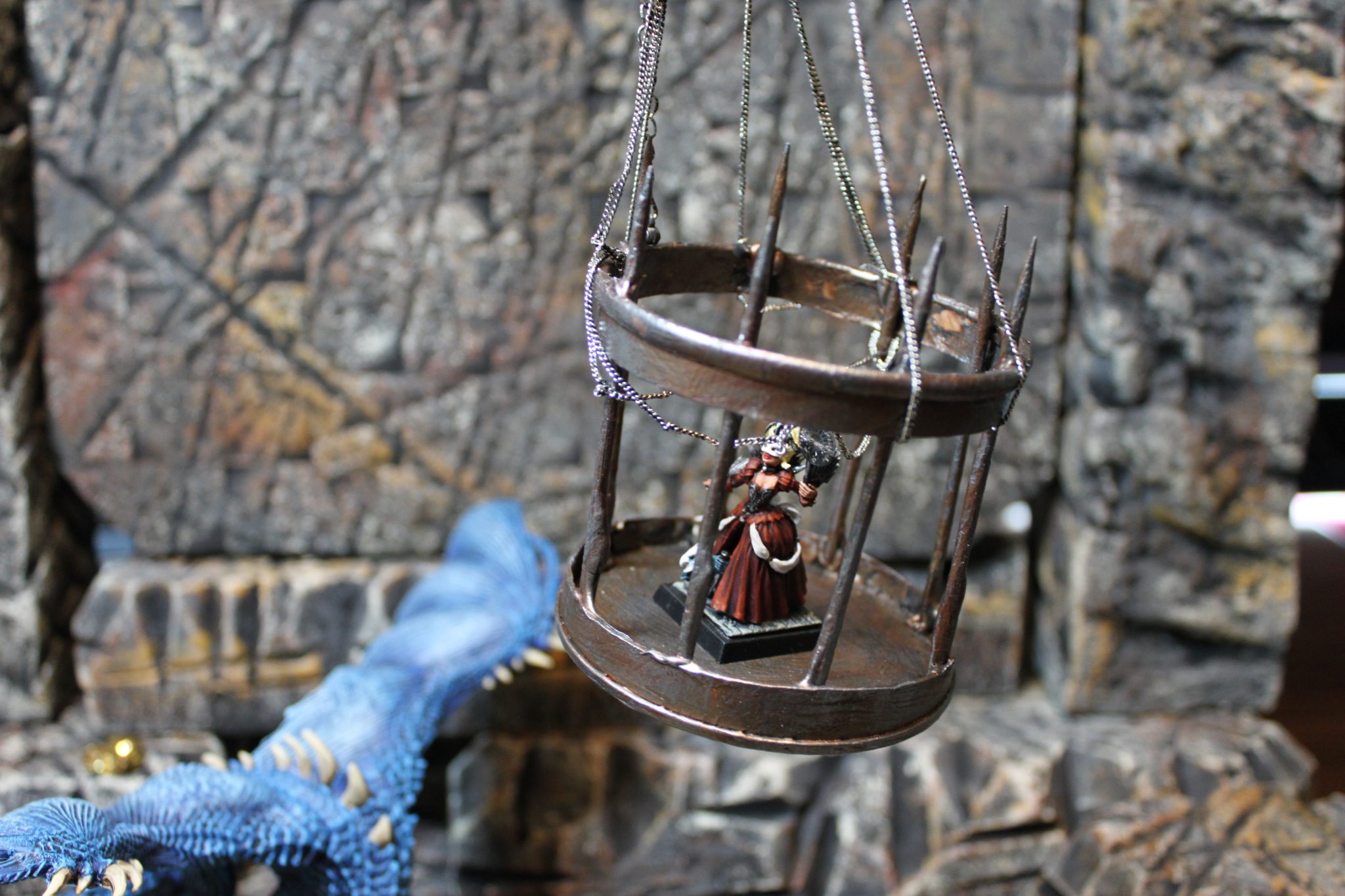 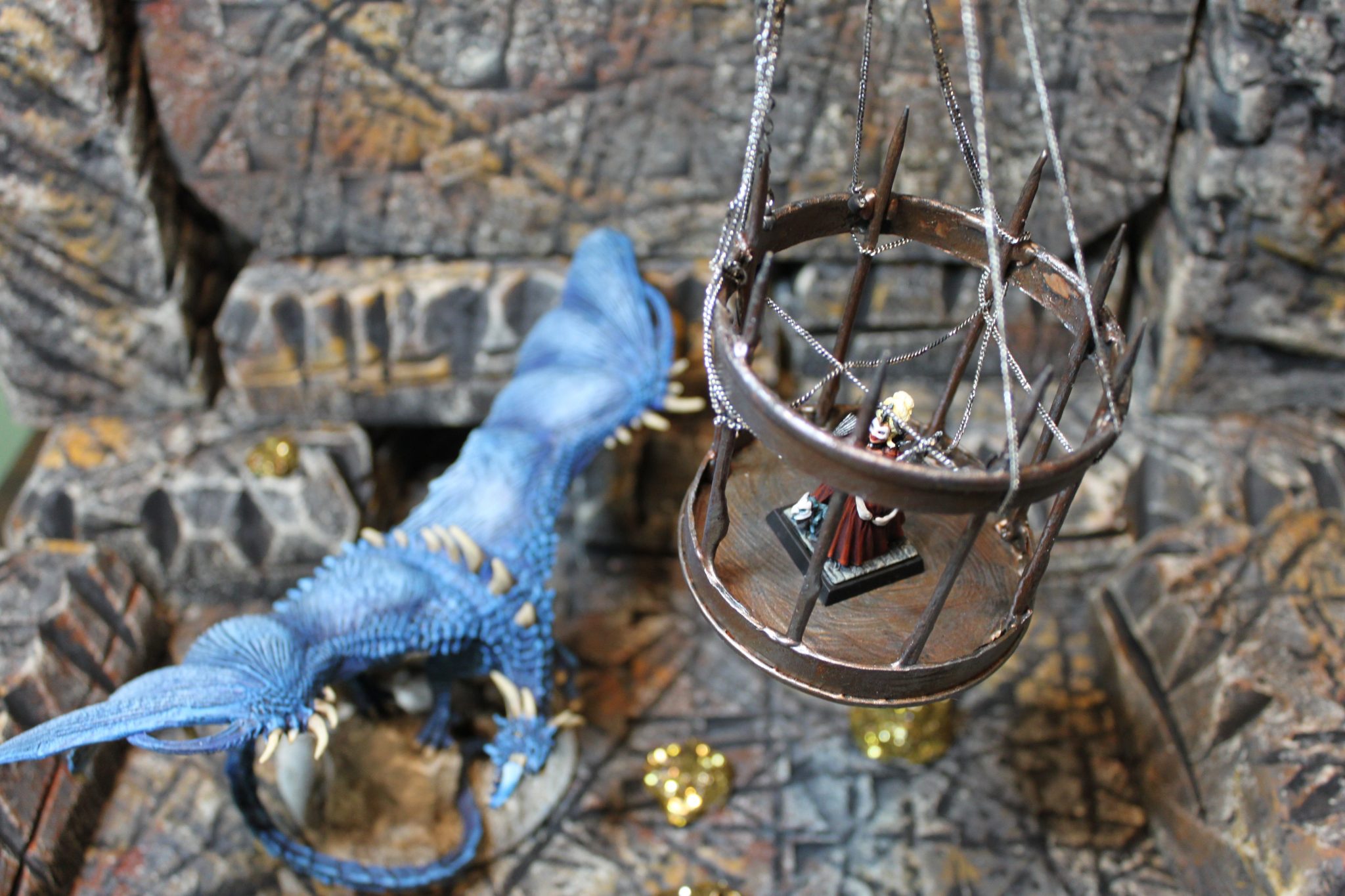 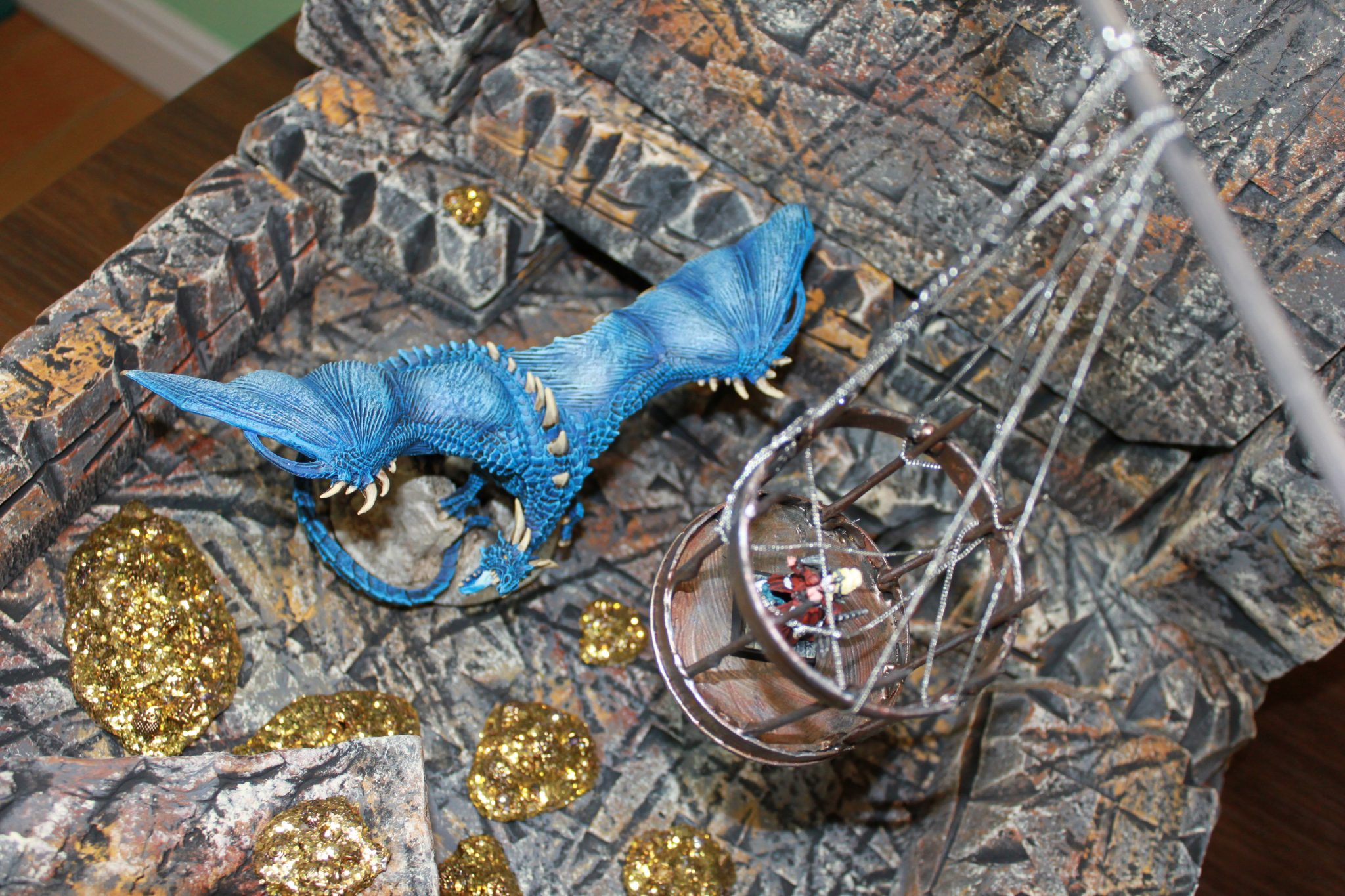 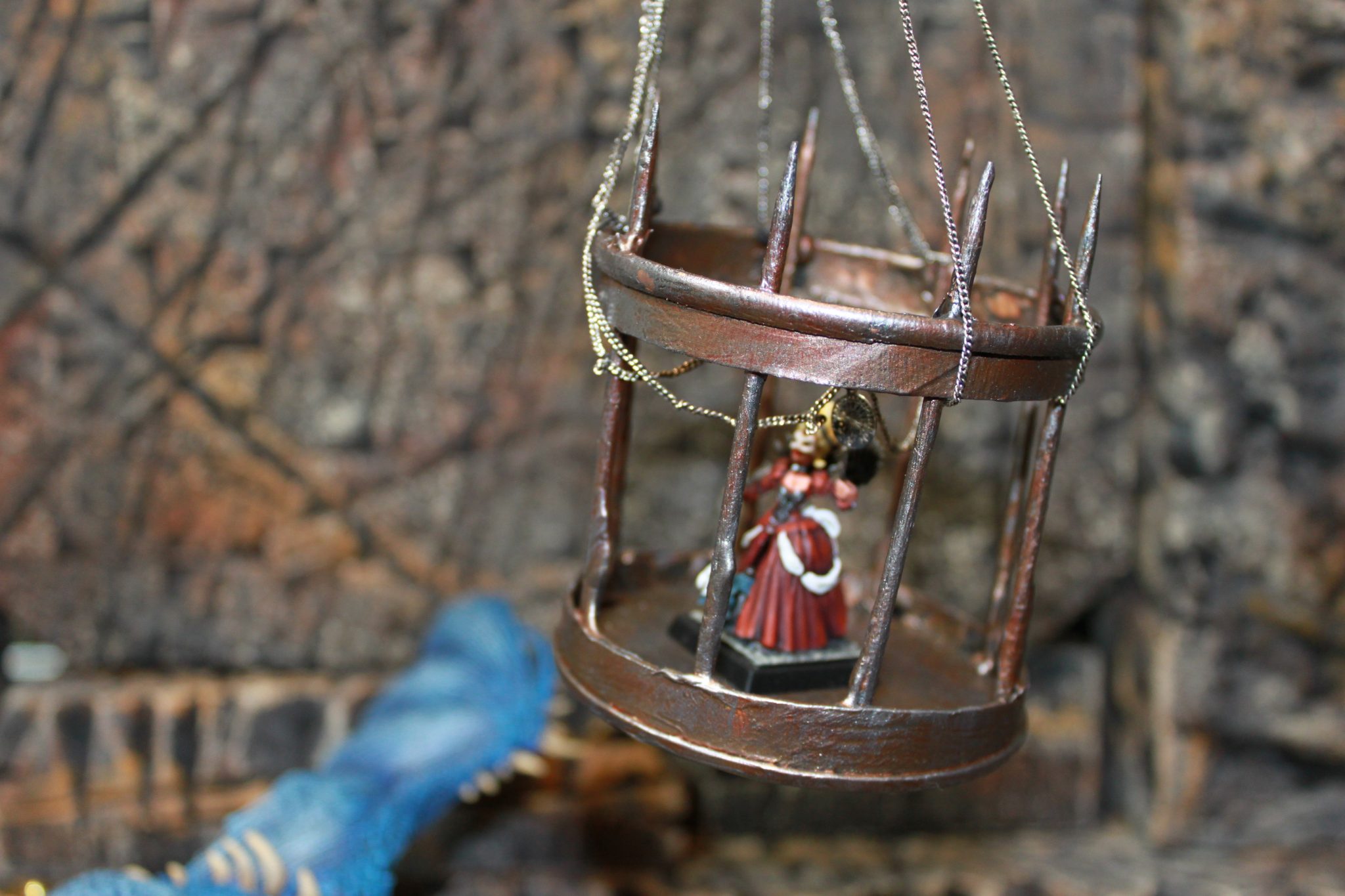