I had one of my player’s and his family over for lunch last Sunday and last minute, he asked whether I fancied running a mini-adventure for him and his young son and daughter.

He would be using his main character, Feather, the Cleric, who just hit level 3, and the kids would use the characters they used to play at home, both also level 3.

I did start thinking up an adventure, but then I decided to do a Google on “quick oneshots” and found this amazing collection of One Page Dungeons. I had a quick look through roughly 20 of them and settled fairly quickly on “Tower of the Time Wizard” by Andrew Harshman.

Was an easy choice: Fast adventure, with a cool theme and twist… and I had all the minis I needed to run the game, especially the Tower!

Here’s how the adventure played out
(spoiler alert! If you plan on playing this adventure do NOT read on)

Naven Mag, was (or will be) a time wizard whose experiments with time had a major accident and both her and her tower disappeared in the streams of time.

Paravel the Wise, a man of science, have by chance discovered the existence of Naven’s story through a conversation with an old pirate 15 years ago. Since then Paravel has dedicated his research to finding the Naven’s lost tower and he has found a pattern to predict its next appearance based on three historical findings:

The party is resting by a cave after a day of leisure hunting near the harbour town Selbina. They hear crazy happy laughter from Paravel behind some trees and he tells them he has found the location of the next appearance of the Time Tower. 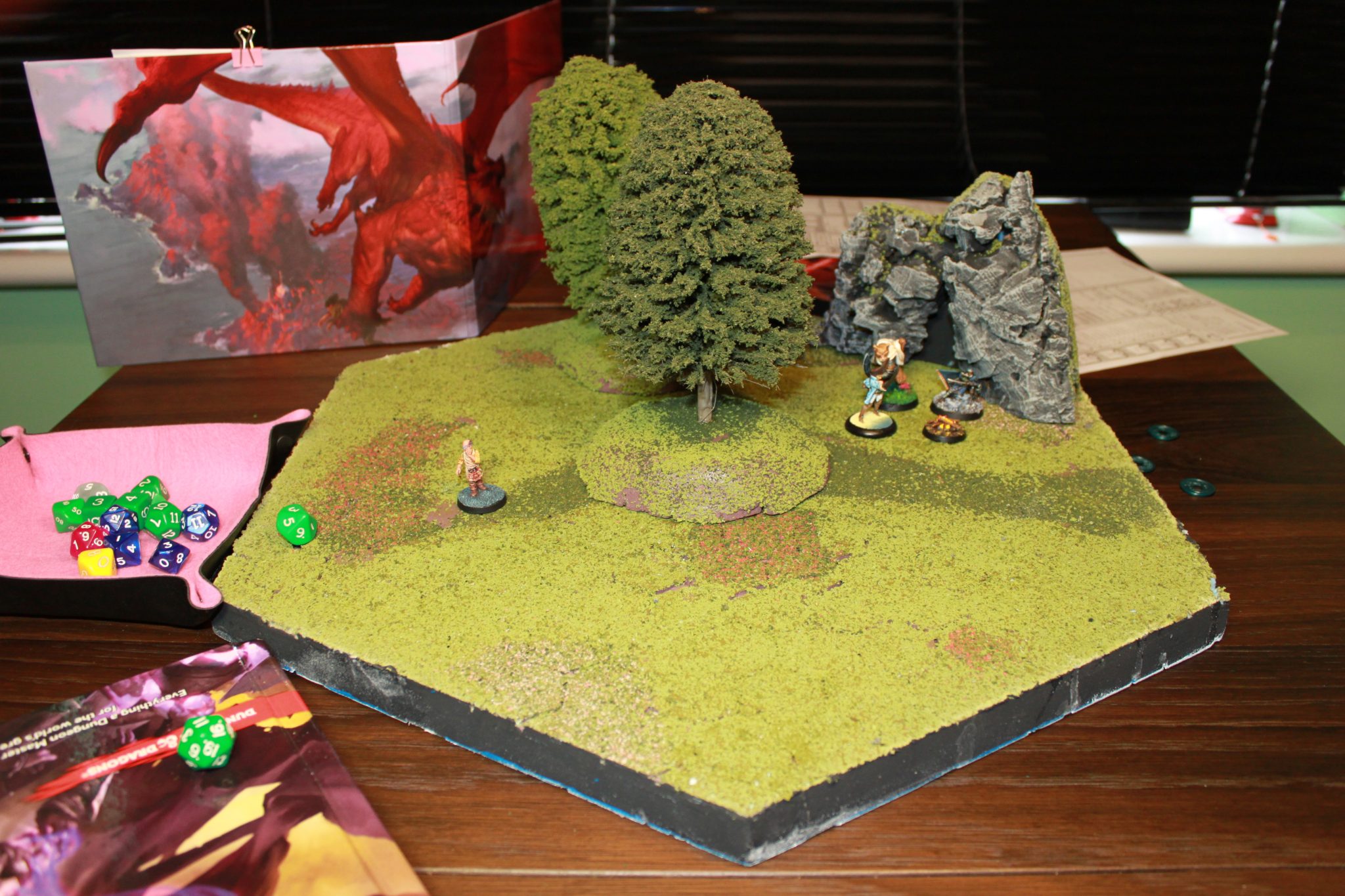 As if it was planned, the Tower appears as Paravel finishes his story.

The party enters (Paravel stays outside) and find themselves faced with skeletons. They also realise time is moving at double speed and while they are affected, undead are not affected by time so the skeletons move very slow (players get double turns). 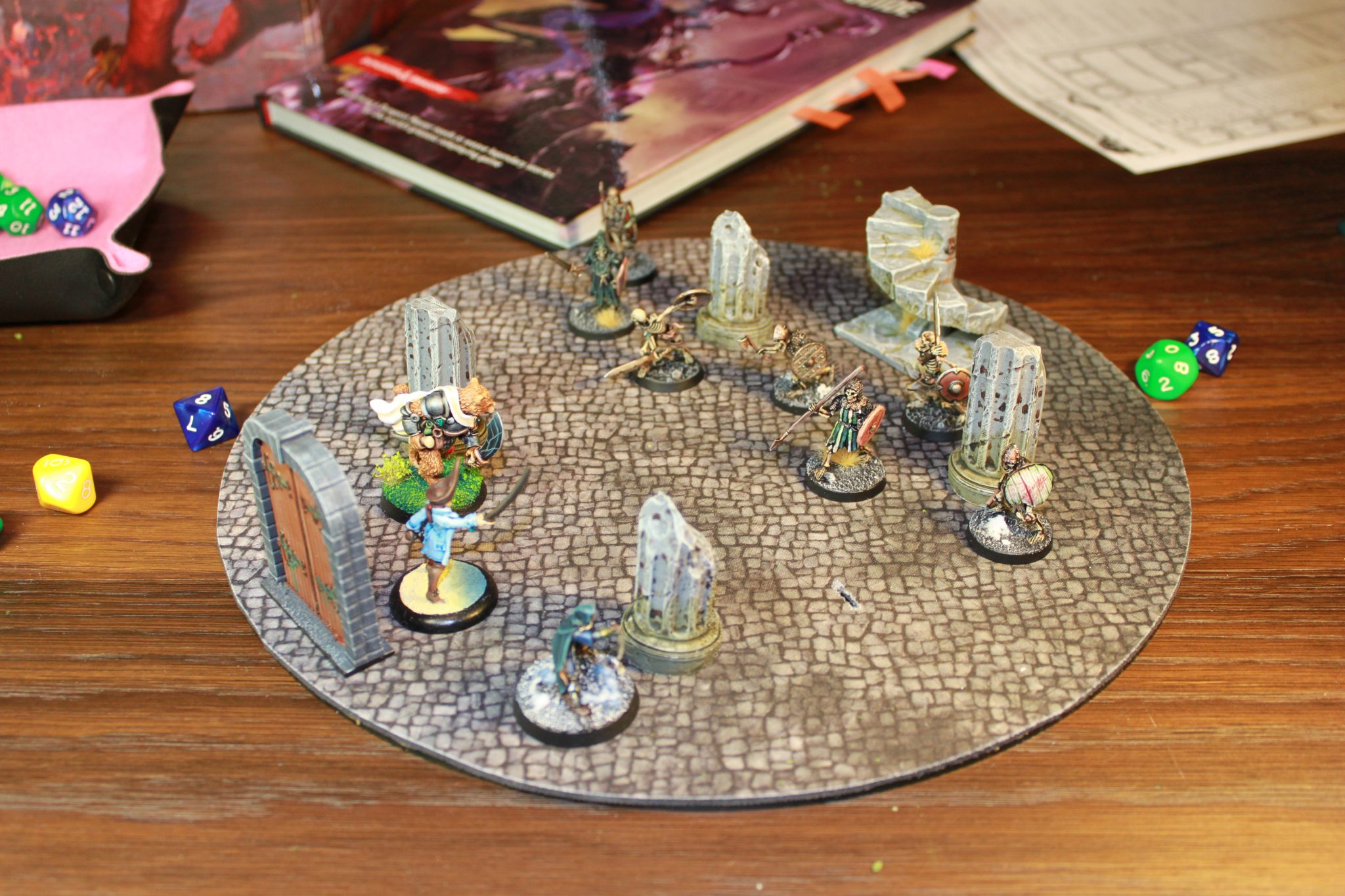 Having dispatched the slow skeletons on the ground floor, the party moved onto second floor that is affected by time moving slow. On this floor the skeletons have double turns. 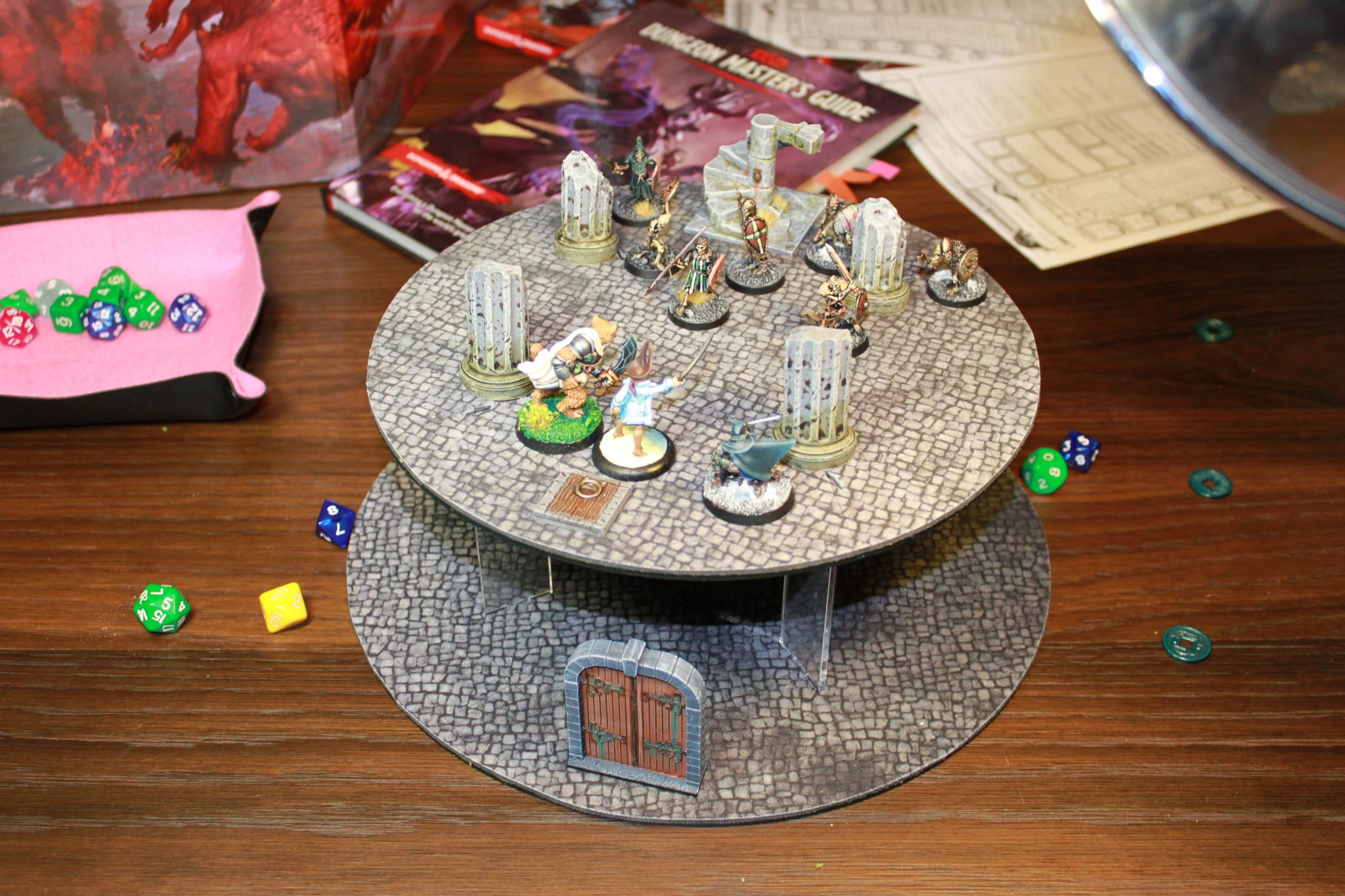 After a pretty tough fight with the Fast Forward skeletons, the party cautiously moved up to the third floor, facing a well furbished laboratory but no obvious villains.

This room essentially follows a specific set of steps leading to the ultimate destruction of the floor and the top of the tower. The reason why the steps are important is the room resets itself once players are killed!

This room was a crazy amount of fun to play. The players really got into the feel of desperation and frustration trying to solve the puzzle before getting killed. The steps I used are pretty much what Andrew had in his adventure:

interestingly, the first time the players played the round they disabled the barrel from exploding by pure chance… but they were all on the half of the ceiling that collapsed.

It took them 4 go’s to solve this one. 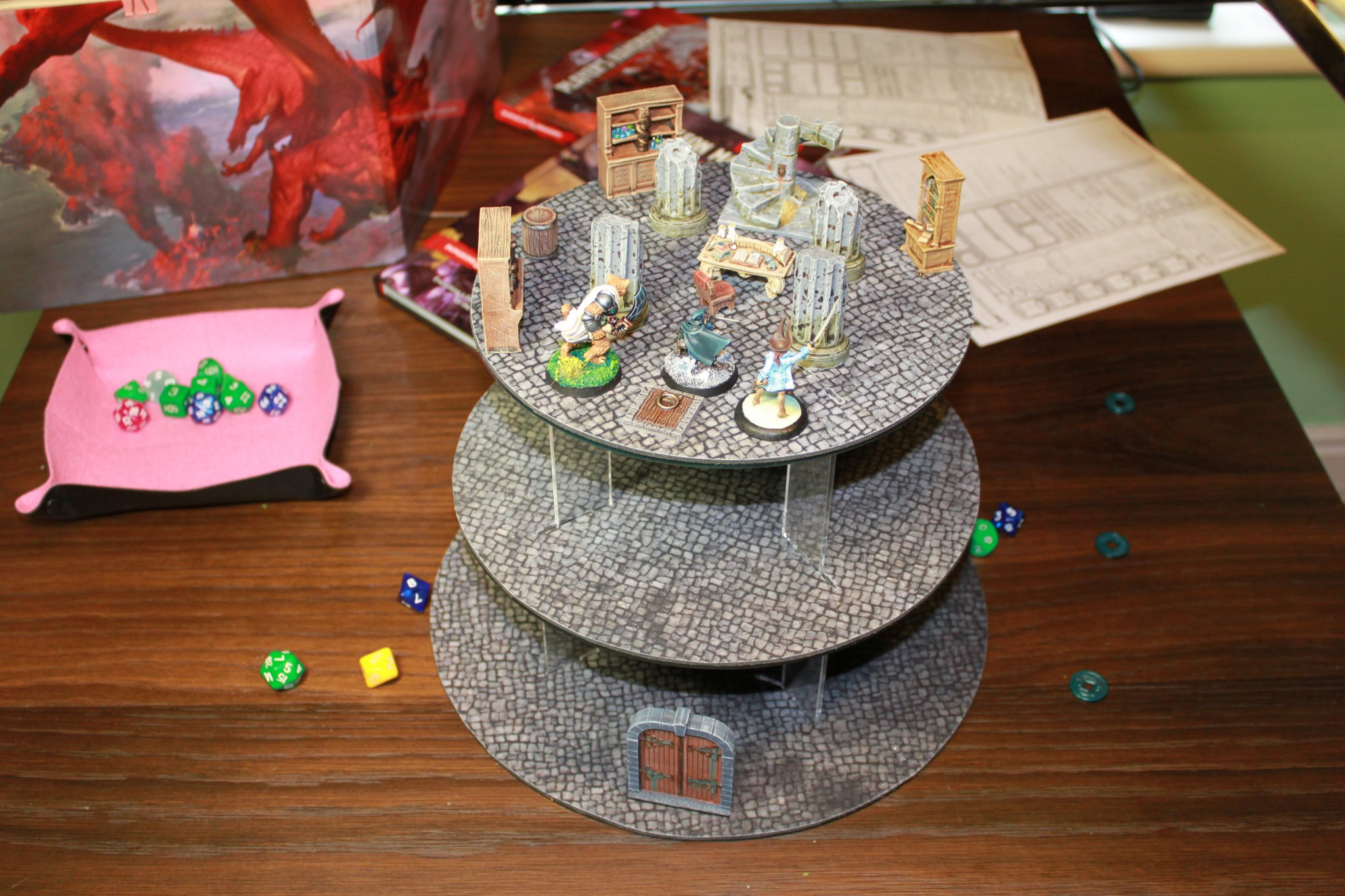 Scene 5: Naven Mag and her future self

Finally the party made it to the top where Naven Mag was doing some “stuff” to stop her future self from stopping her. 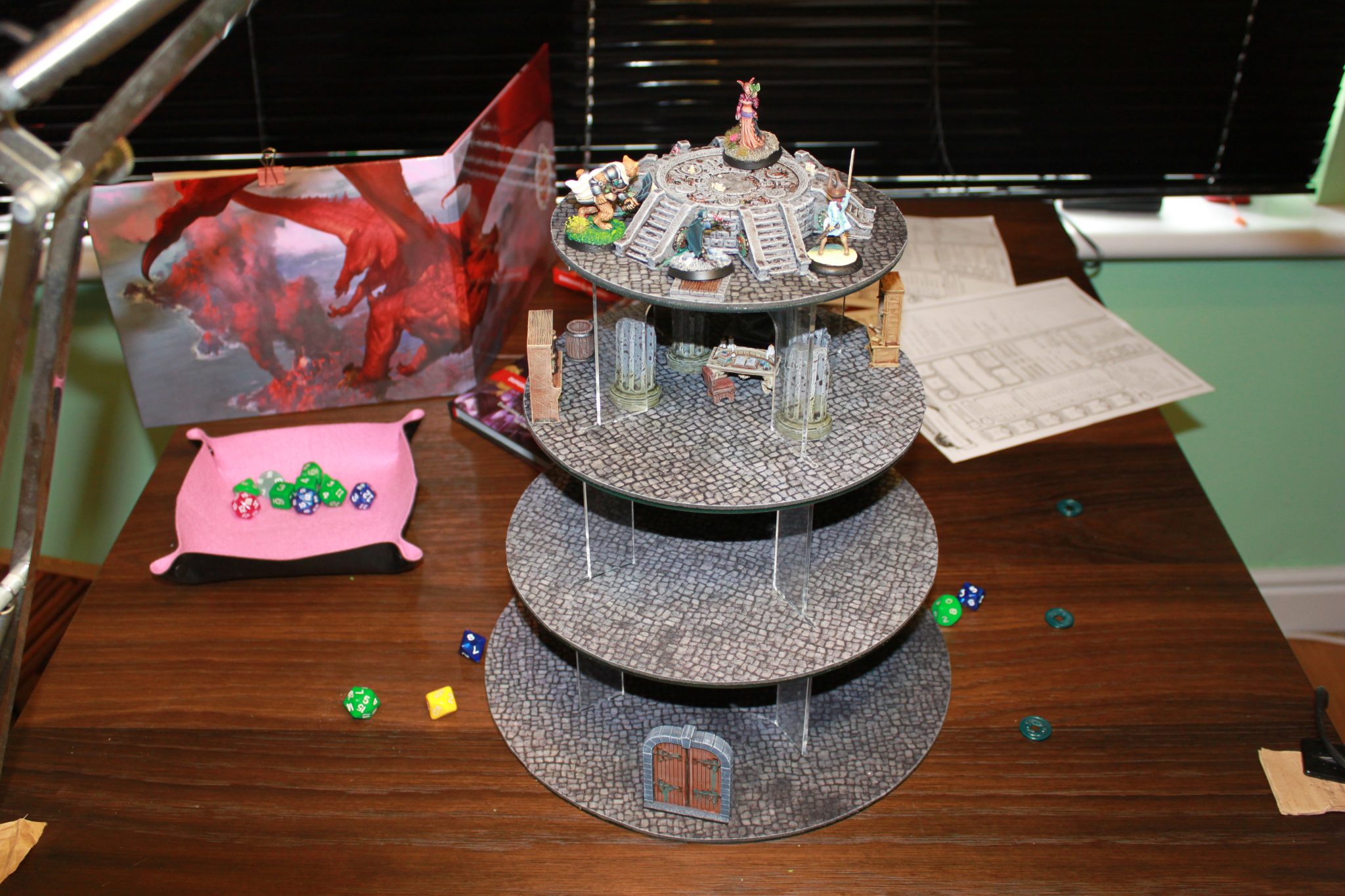 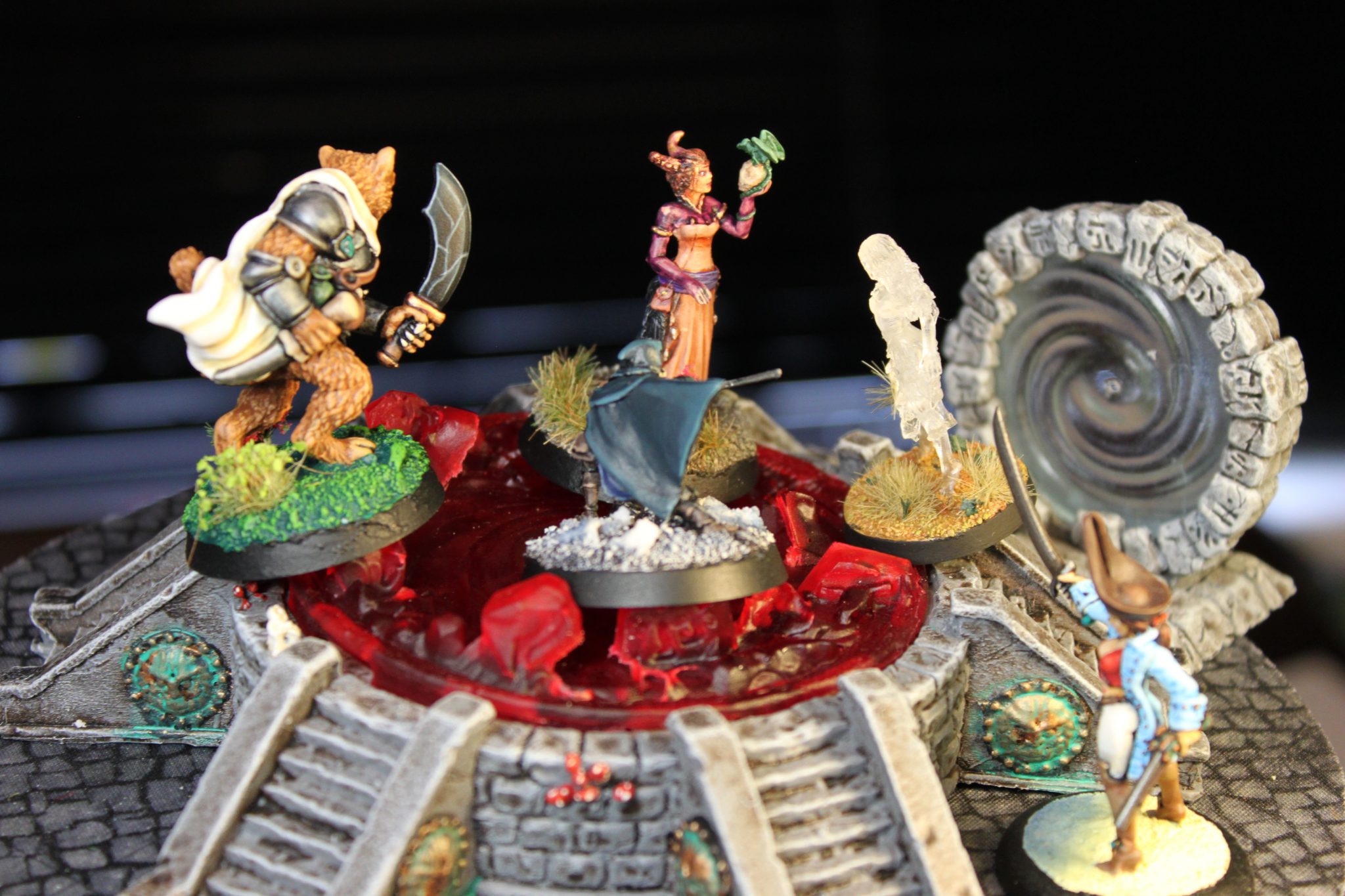 Everything went silent leaving the players with only the corpse of the dead Naven. Looting her they found some magical items I made up: