Back when I moved to London (summer of 1999) I was a Warhammer 40k player, but moving to London I learned about a bunch of other super interesting scifi tabletop wargames and ended up ditching WH40K (never took to 3rd edition, I prefered the more skirmish nature of 2nd and Rouge Trader).

Anyway, having been a serious Shadowrun player in high school, I knew of FASA and soon learned about Vor The Maelstrom.

Now, I did end up playing Neo Soviets, but I always wanted a Growler pack (and kinda had one in my Neo Soviet army) and I won a Bluefang Growler Chieftain back in 2001…. and today (2019) I finally got around to paint it!

Growlers are beyond doubt one of the most creative and unusual scifi armies ever to make it to the table. I mean, a cross between gorillas and dinosaurs with a pack mind so they can communicate telepathically? Hell YA! 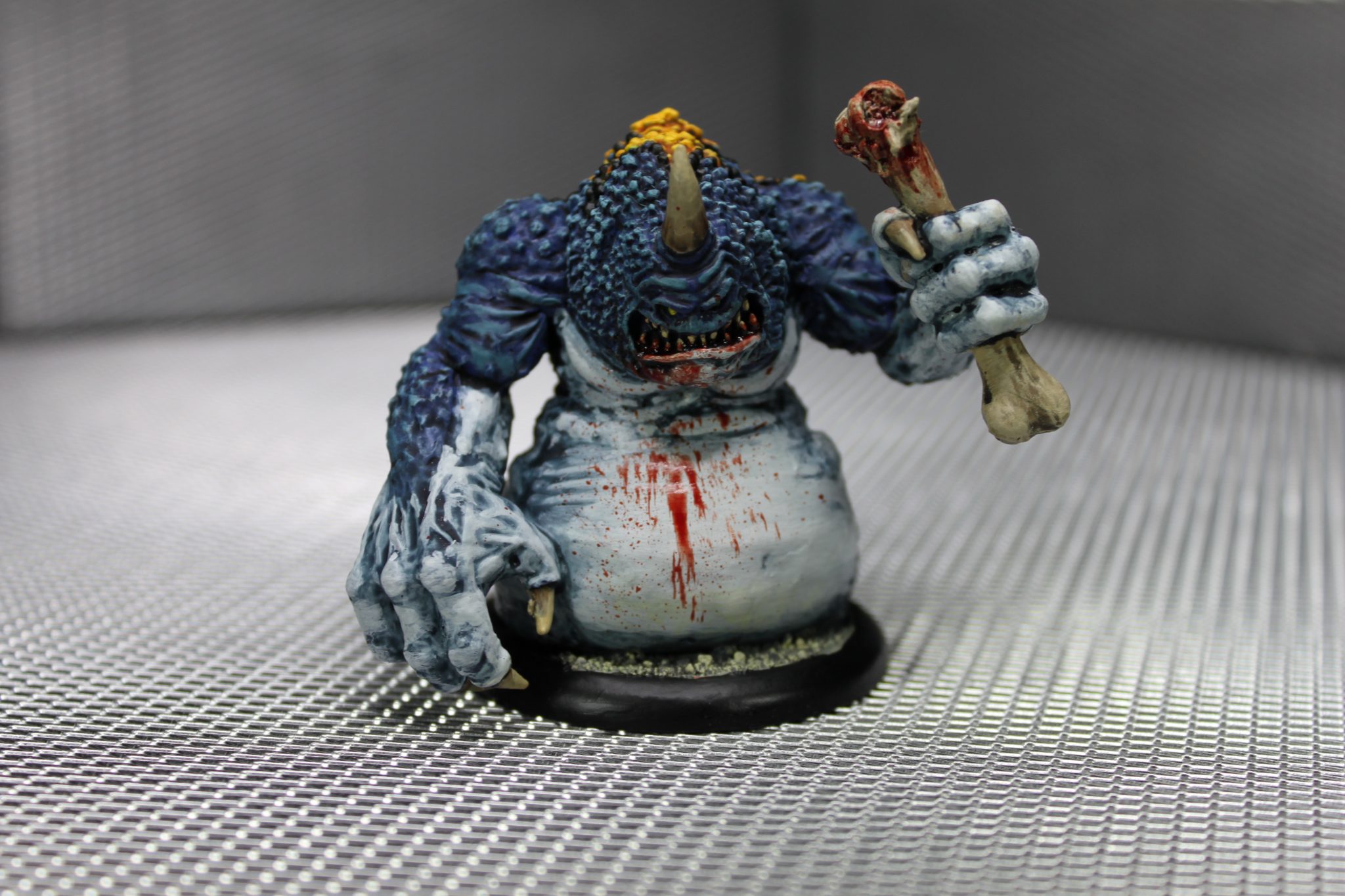 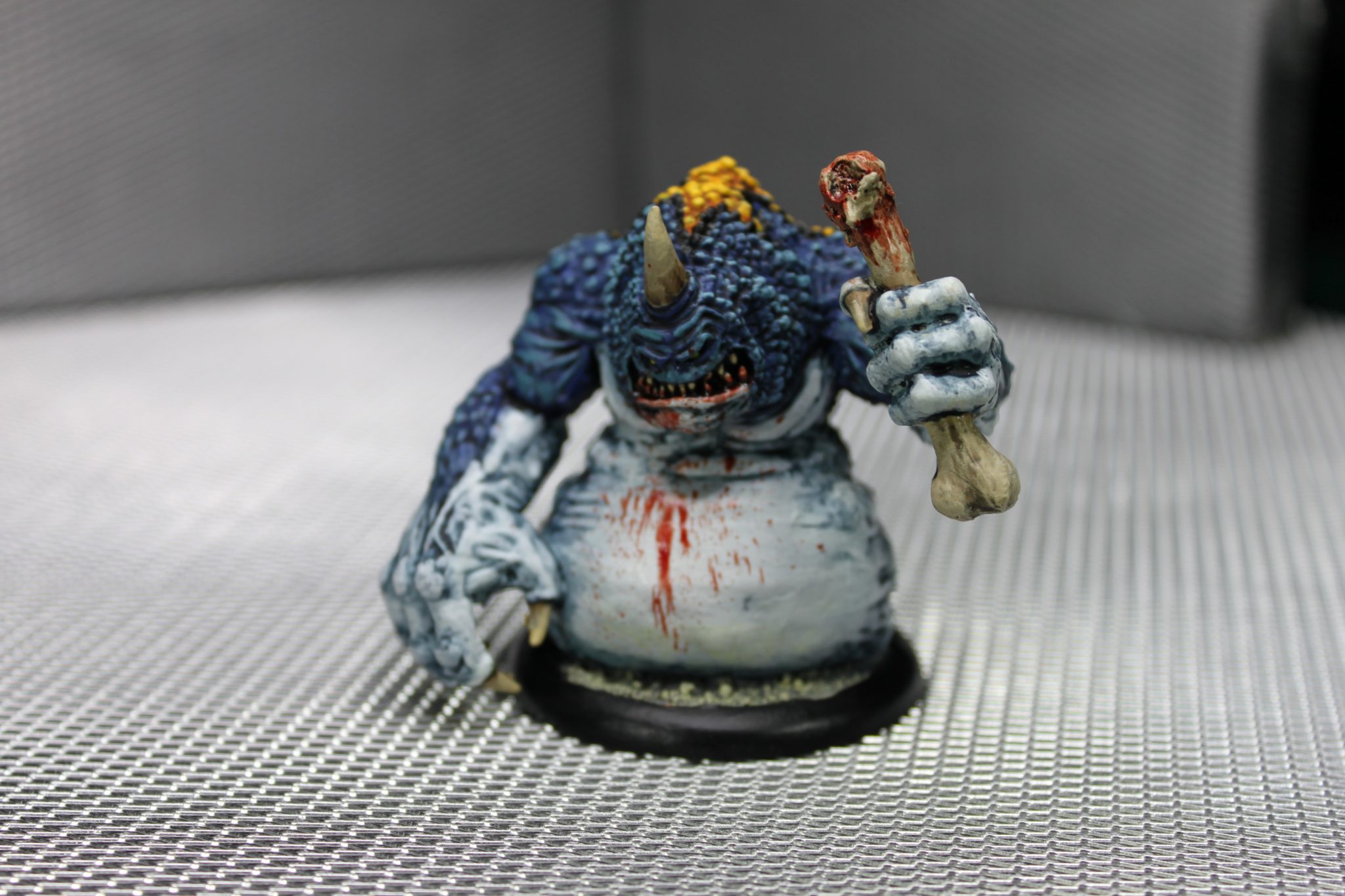 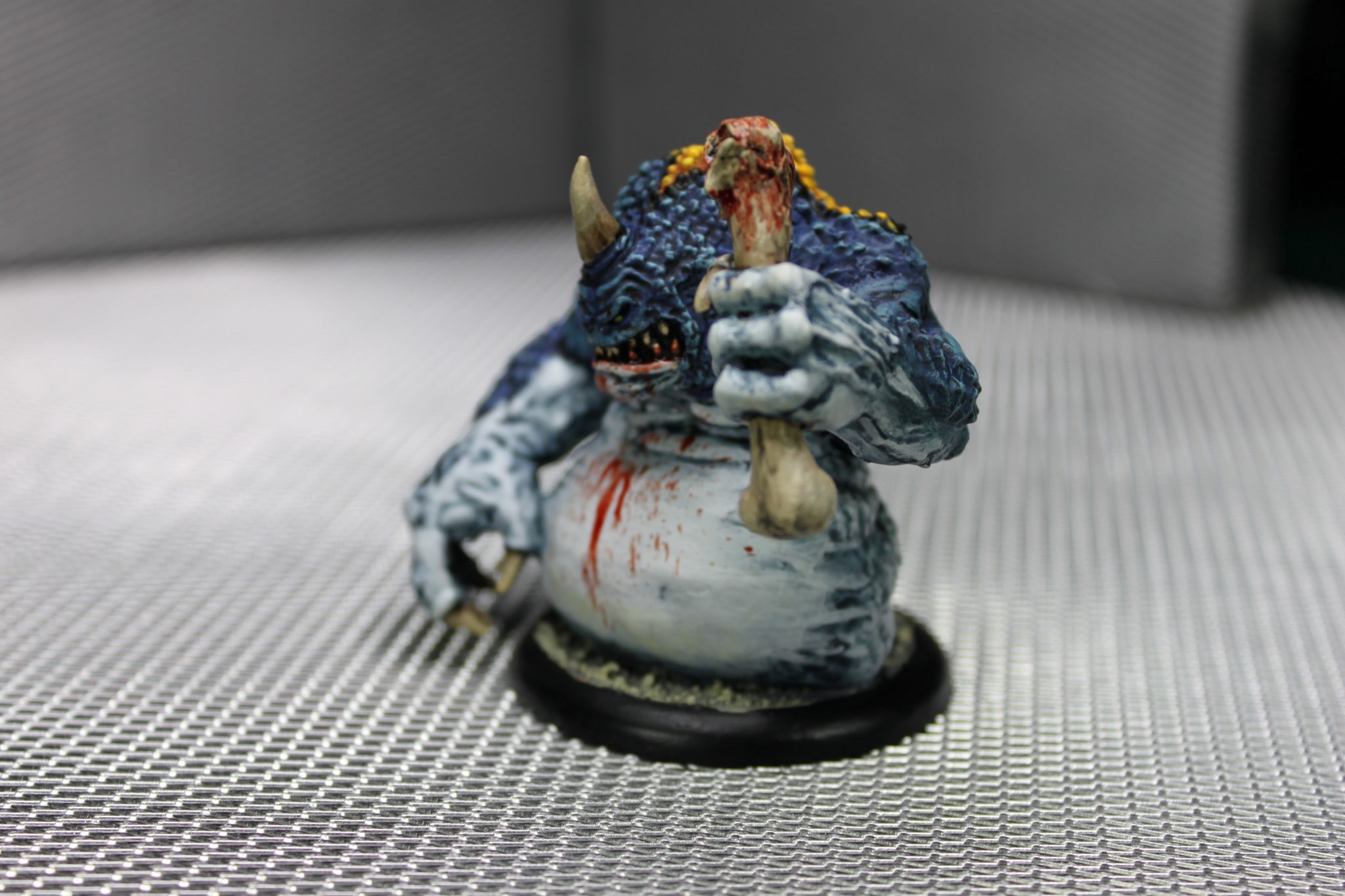 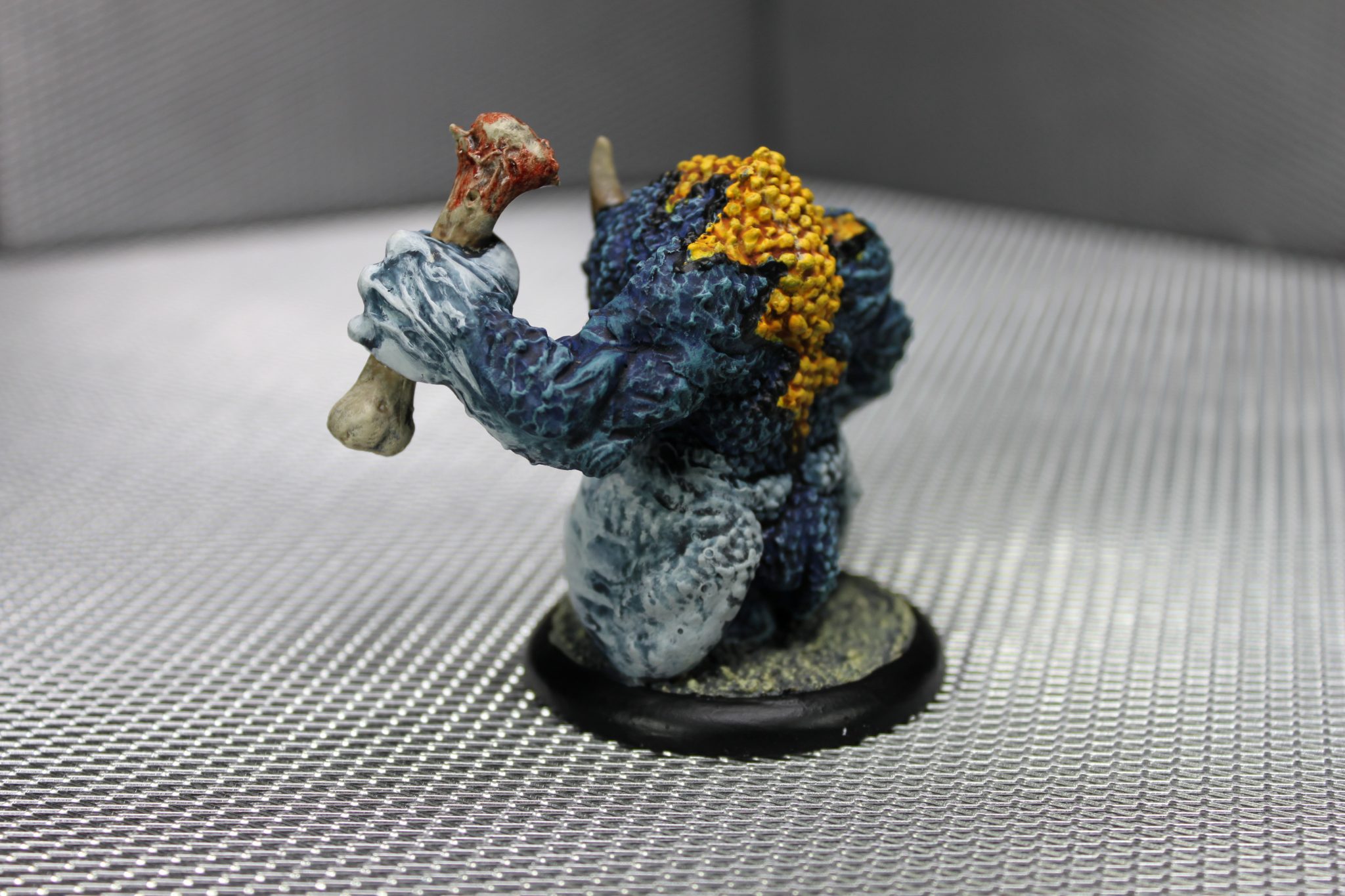 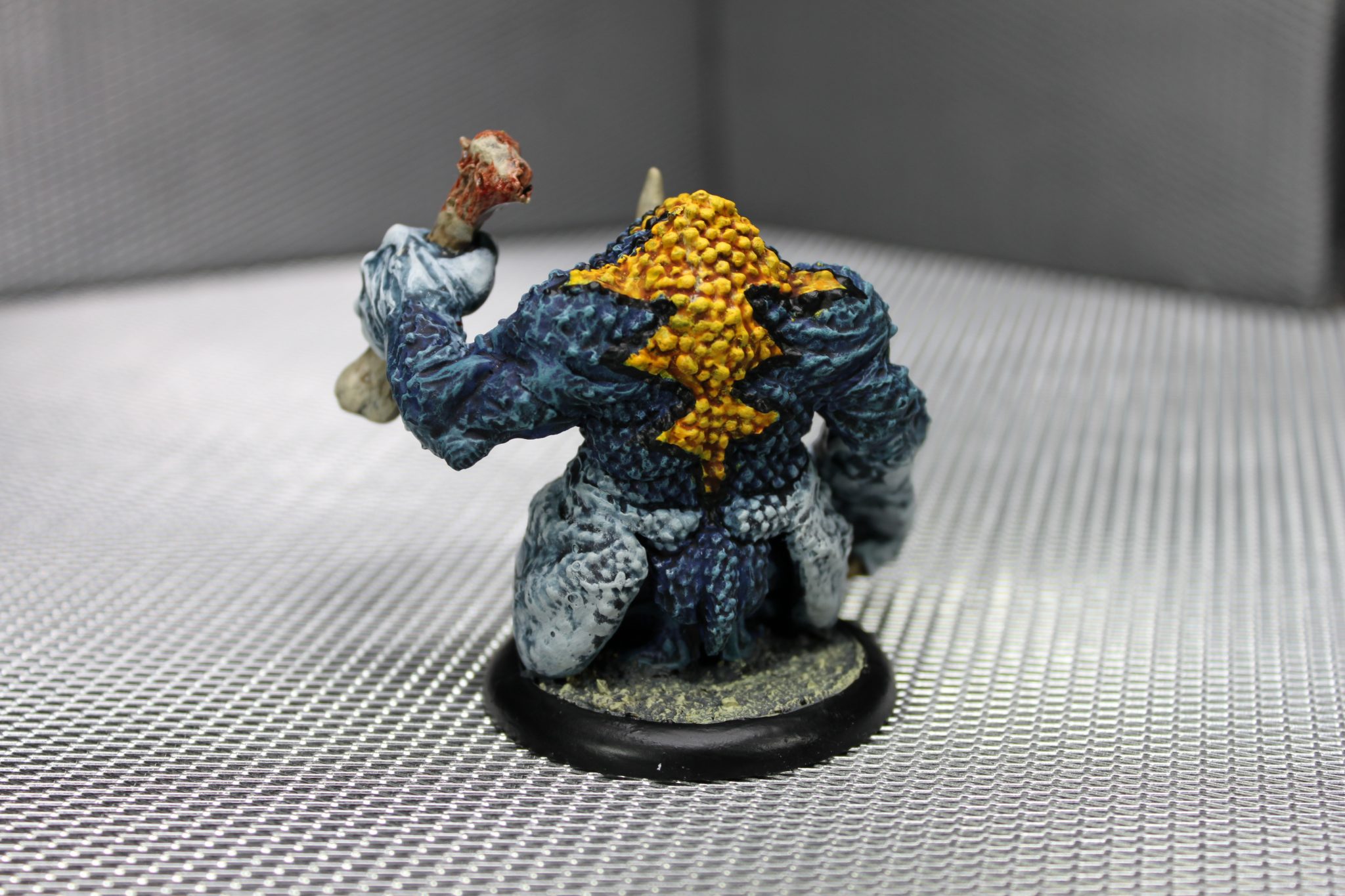 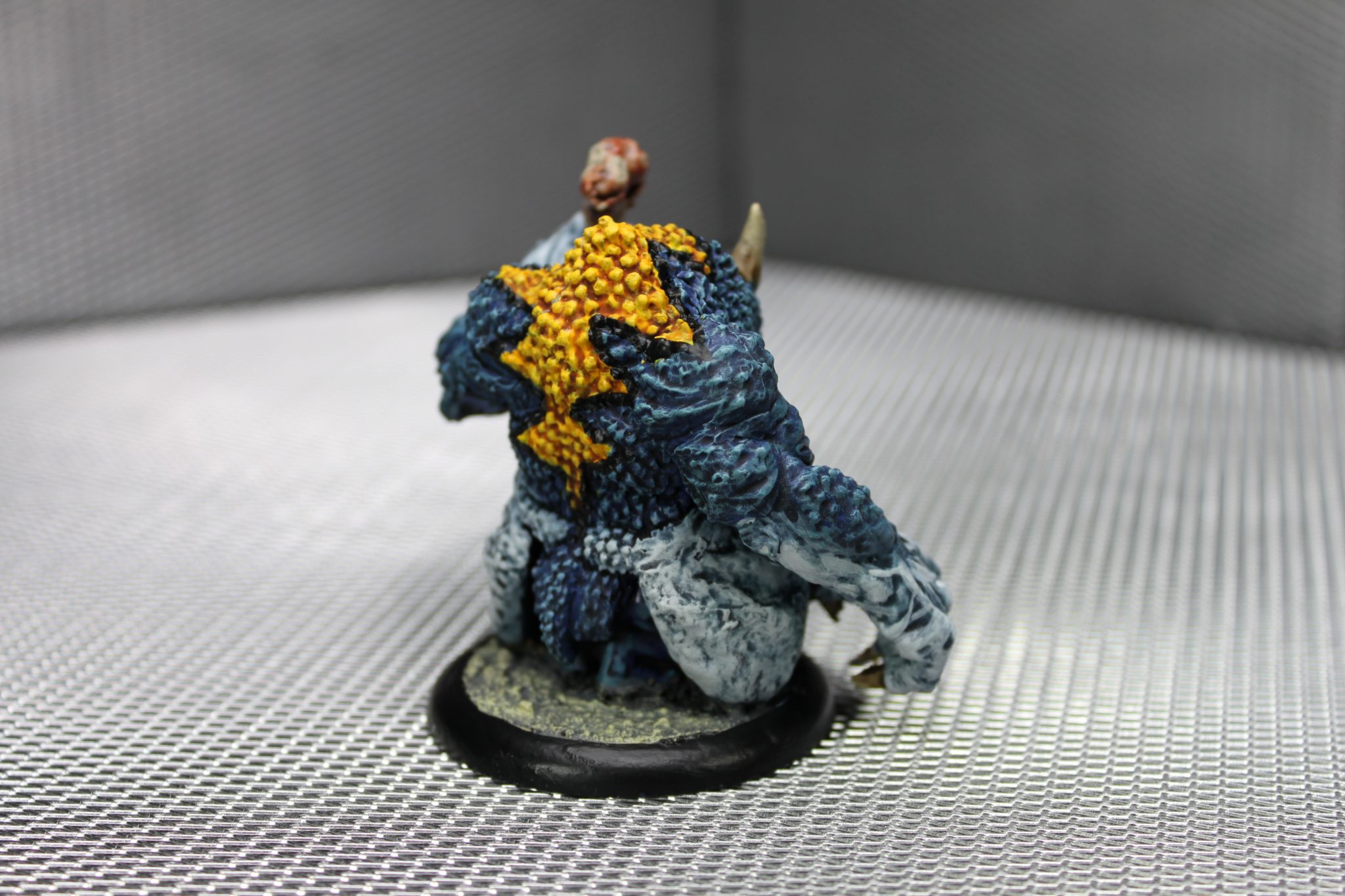 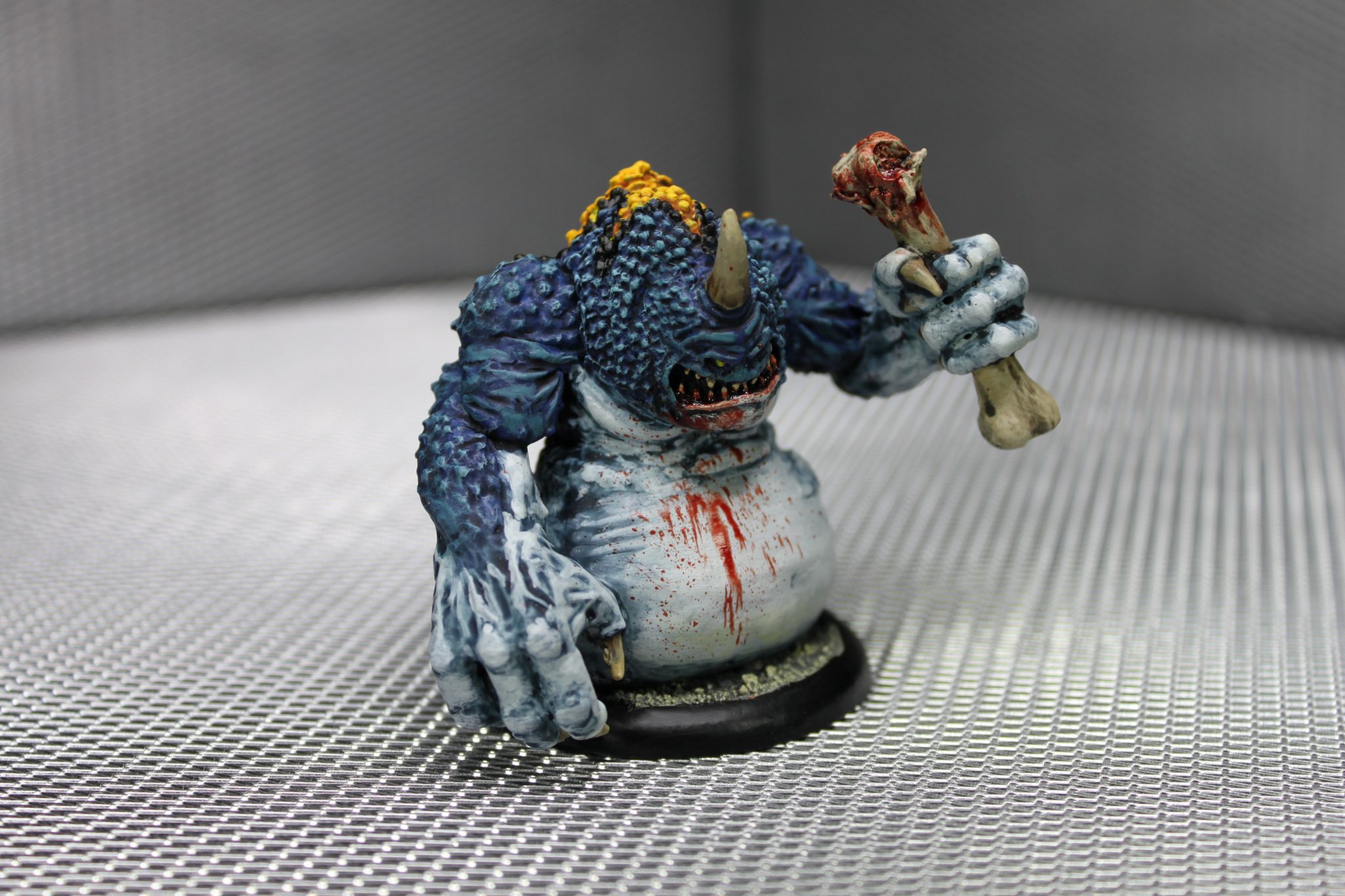 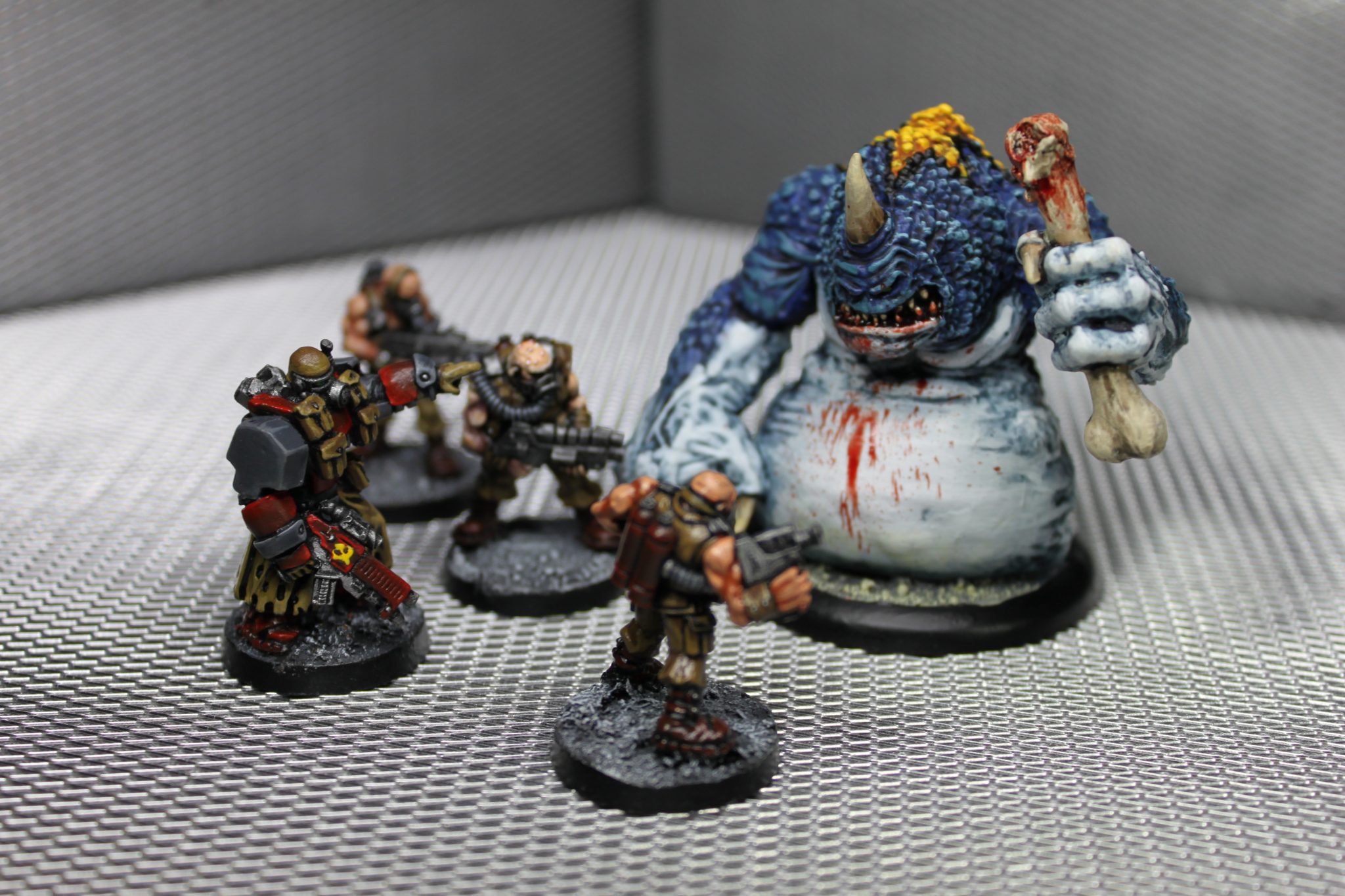 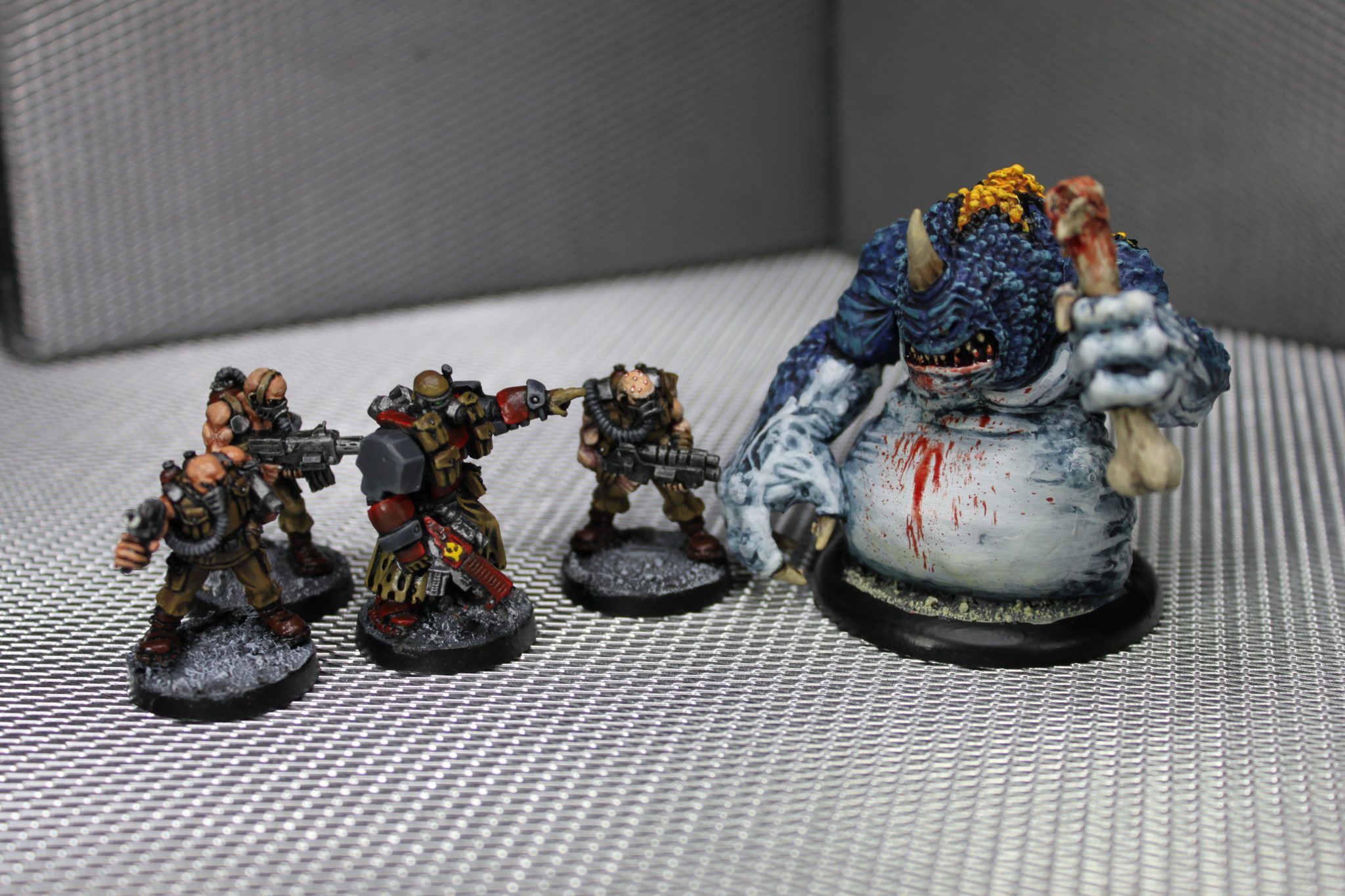 I actually ended up painting the Growler in tandem with this Beholder mini I found looking for the Growler. 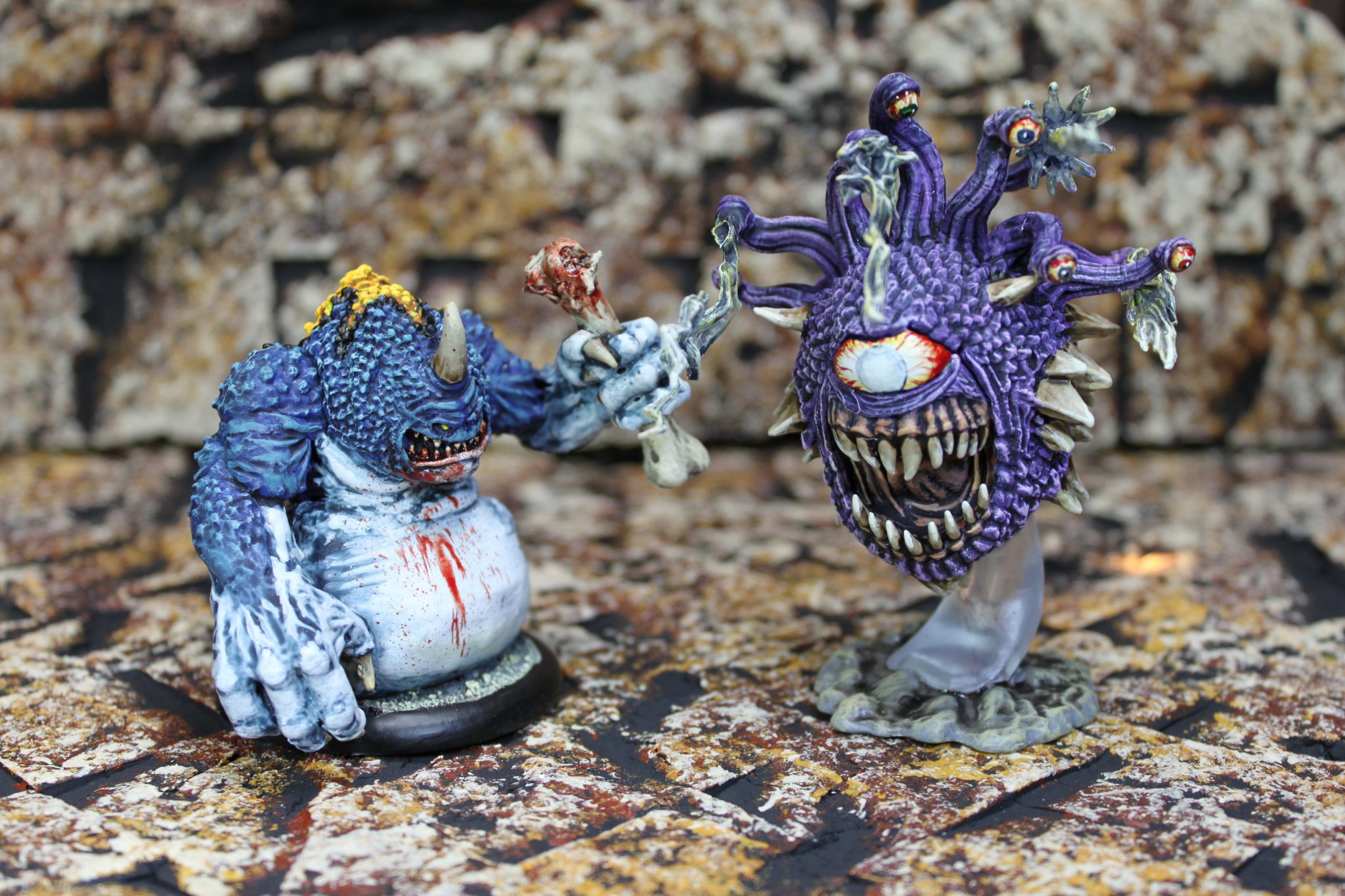