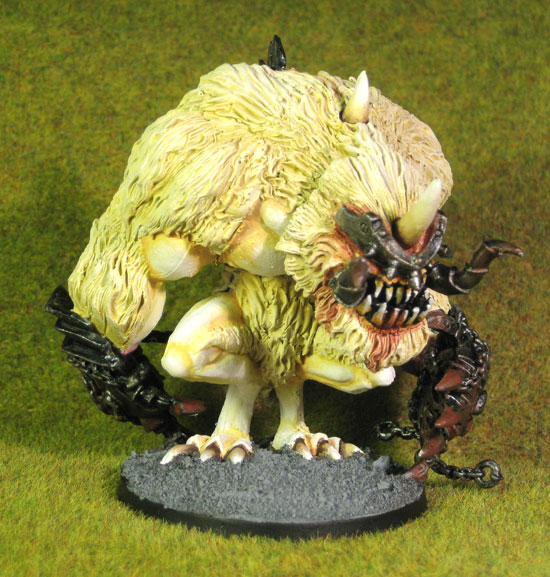 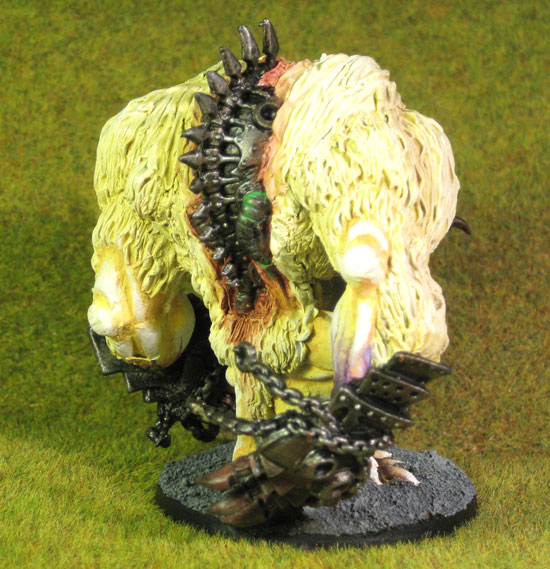 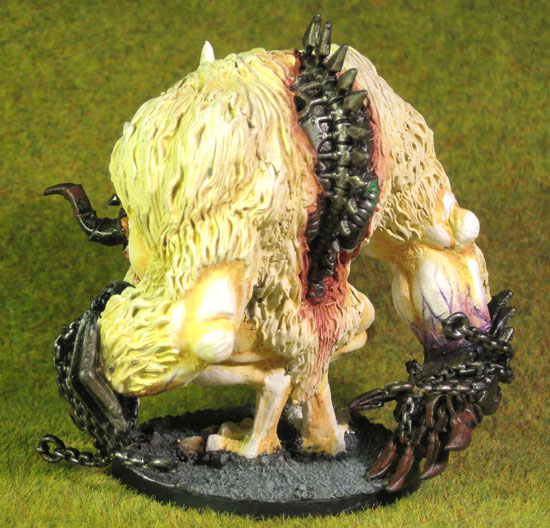 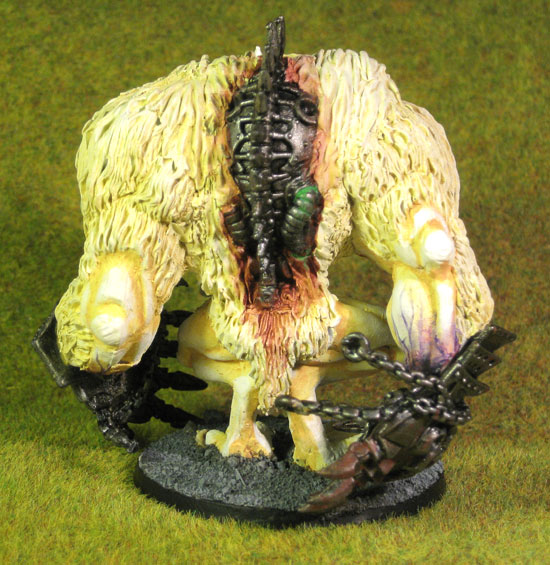 As soon as I heard VOR was returning I knew I would have to face Mocaiv, my arch nemesis on the fields of the Maelstrom again so my mind turned to anything heavy and hard hitting.

While I do have the Ursa I wanted something a bit unique and decided to go for an ML1-Irontusk mutant.

As I have never been a big fan of the Whitetusk Bull the decision to buy the Whitetusk Chieftain instead was quick to make. However, due to the sheer size of the beast finding something suitable for the bionic parts proved a bit more tricky.

My original plan had been to use a spare Cryx Helljack, but it’s claws were way too small to replacethe Whitetusk’s enourmous fists.

But I was sure I would find the answer in the IK Warmachine range and indeed it turned out that my original plan had not been completly wrong… I just needed to take a few steps up the Cryx ranks to the mighty Deathjack, which is not only larger than a normal Helljack, it also had much larger hands with more fingers.

The original plan had been to replace the Irontusks fists with the Deathjacks fists and remove the spine horns and replace them with spear heads. However, again it turned out my original plans simply weren’t ambitious enough and when the Deathjack arrived I realised that I could use its complete torso and slot it into the back of the Whitetusk. It turned out to be a lot hard than I thought though, but I think it was worth it.

Whitetusk body cut in half (it begins!) 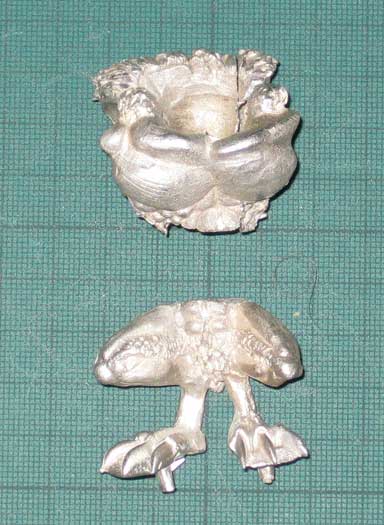 Deathjack torso filed down to a square. An identical square cut out of the Whitetusk’s back 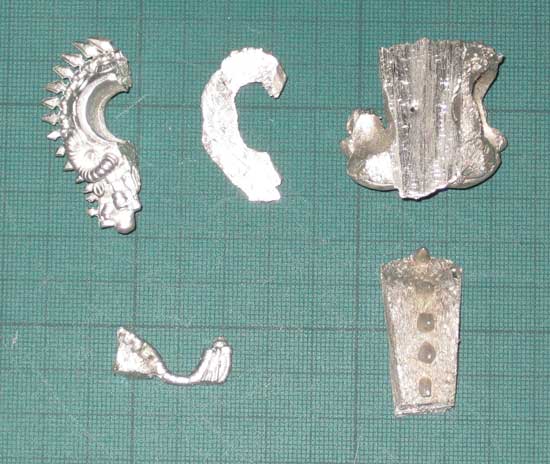 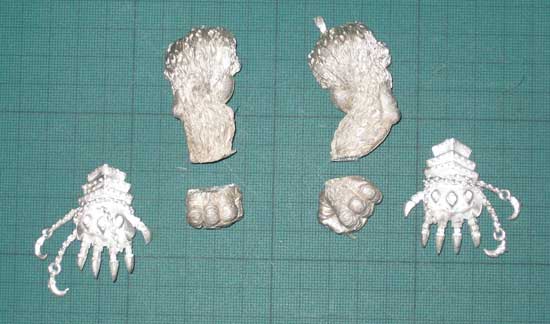 A unexpected surprise! The Deathjack horns can work as the iron tusks 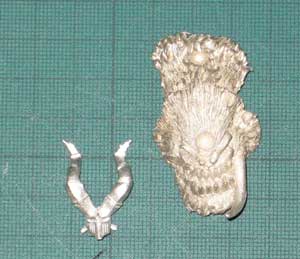 Note, that I had planned to photograph the miniature put together before adding green stuff, but I forgot >< So here is Irontusk with green stuff added. 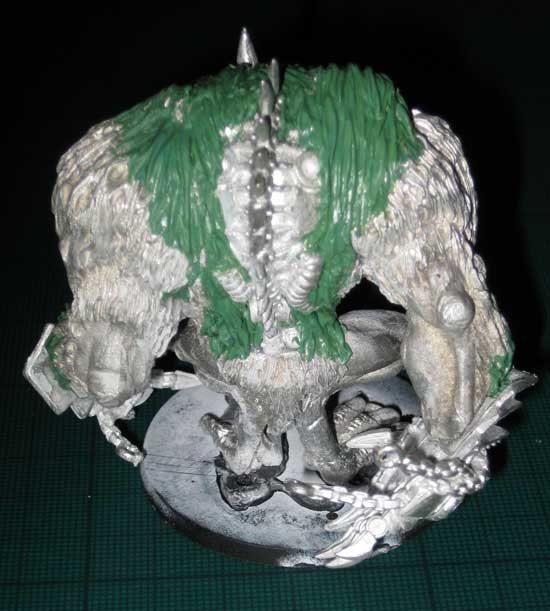 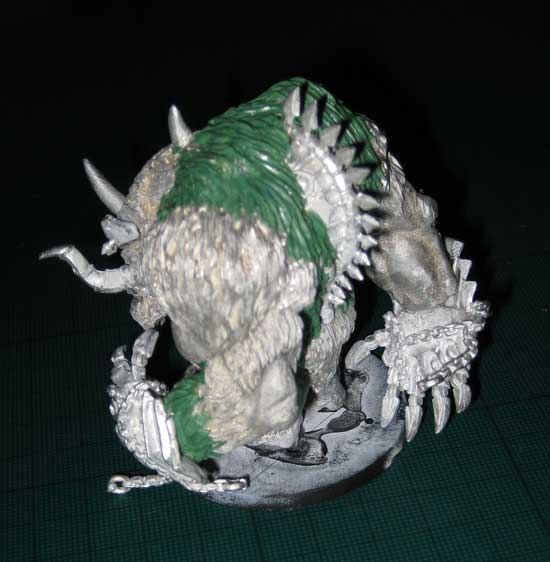 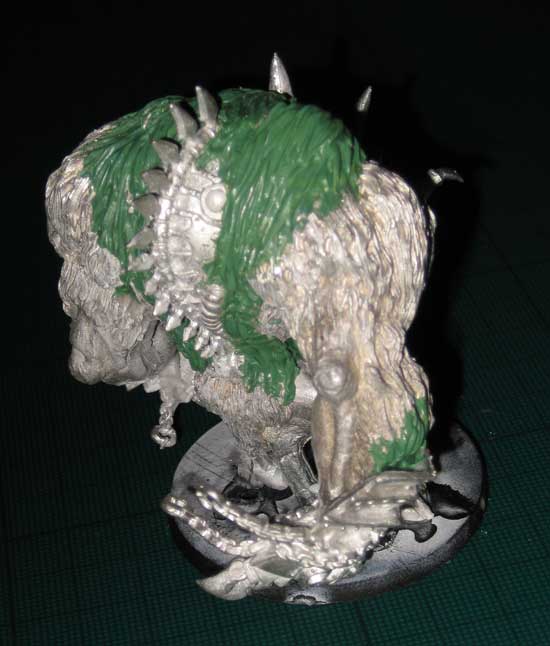 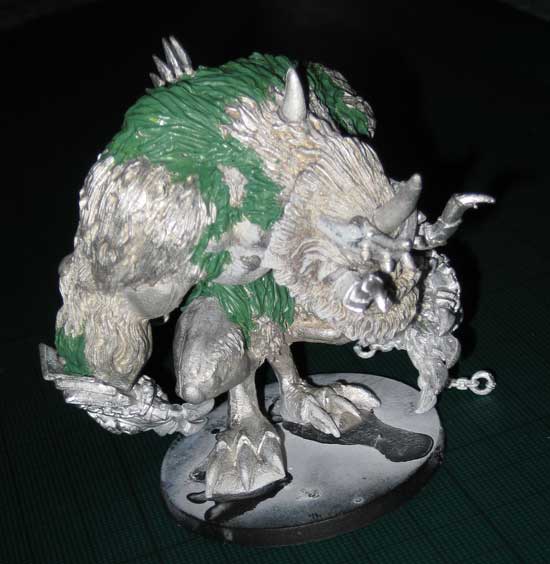 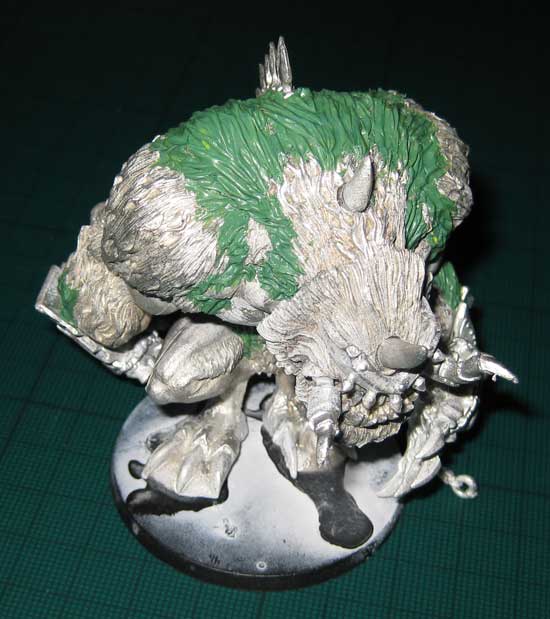