One of the things many Warmachine players neglect is the fact that a destroyed warjack still takes part in the game as a wreck marker that equals rough terrain.

Most times destroyed warjacks are simply removed of the battle field if nobody is using a Necrotech that is!

One reason for this might be that there isn’t a wreck miniature out and most of us would rather not waste a proper warjack miniature on wreck markers although more than one can be made of each warjack.

So what to do? Well, answer is simple: Mech Warriors!. We all know them and have come to love to hate them.

Hell, some of us even have some laying around which were given to us by good hearted friends trying to get us in to the hobby… but we know that a proper miniature game requires painting miniatures as much as anything else.

Spray them black, and give them a thorough metal drybrush, maybe a wash or two of browns, base them and voila! you got a nice bunch of wreck markers like these: 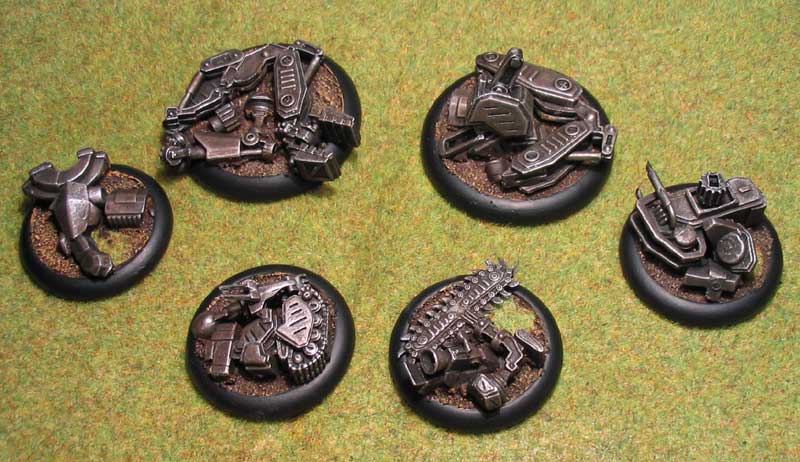