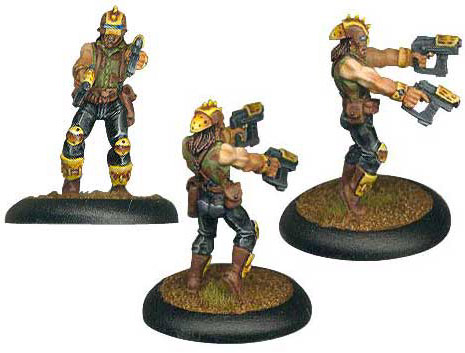 I painted the Banger like a bloke who doesn’t care about anything. The weird mixture of clothes (camouflage T-shirt and shiny leather pants, not the best combo).

Finally I gave him a farmer’s tan (or Farmer Arms depending where in the world you are) because being as good as he is as shooting is only half part talent, the other half is hard training and where my Banger doesn’t care about most things he does care about his shooting skills, in fact he hates it if somebody is a better shot than him.

So I recon he would be praticing a lot and no matter the weather he would where T-shirts to avoid sleaves getting in the way of his aim, draw, shot or whatever.