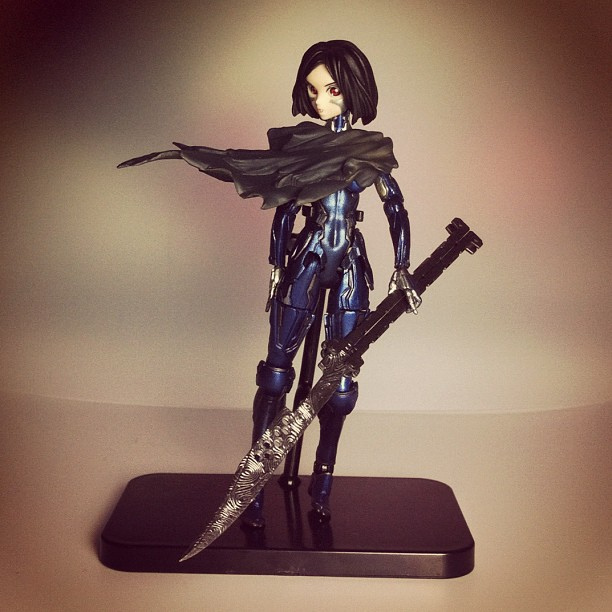 I am a big fan of Neon Genesis Evangelion and I think Death Note is a brilliantly clever mange series, but nothing beats Battle Angel Alita.

However, whereas the other two mentioned Japanese franchises have a spoiled choice for figures, Alita has close to none. In fact the only one I know of was a limited edition figure which was released when the mini series Gunnm: Another Stories was released… and now that figure and the boxset is mine.