Having found the entrance to the river Styx, the party rushed to catch the Ferryman who had just left the harbour.

With some nail biting moves and a few failed jumps, the party made it safely to the boat without anybody falling into the burning waves of the river Styx. 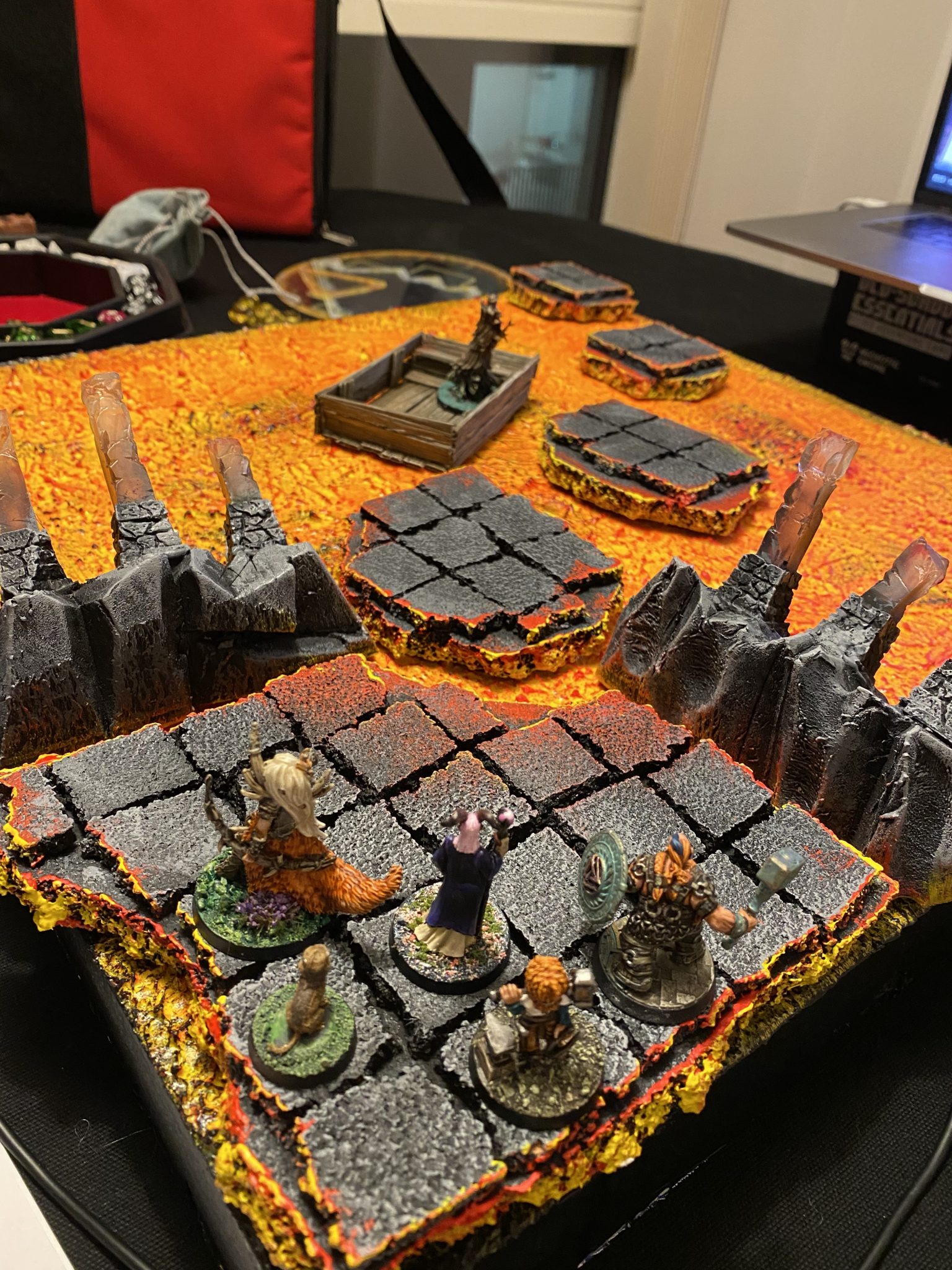 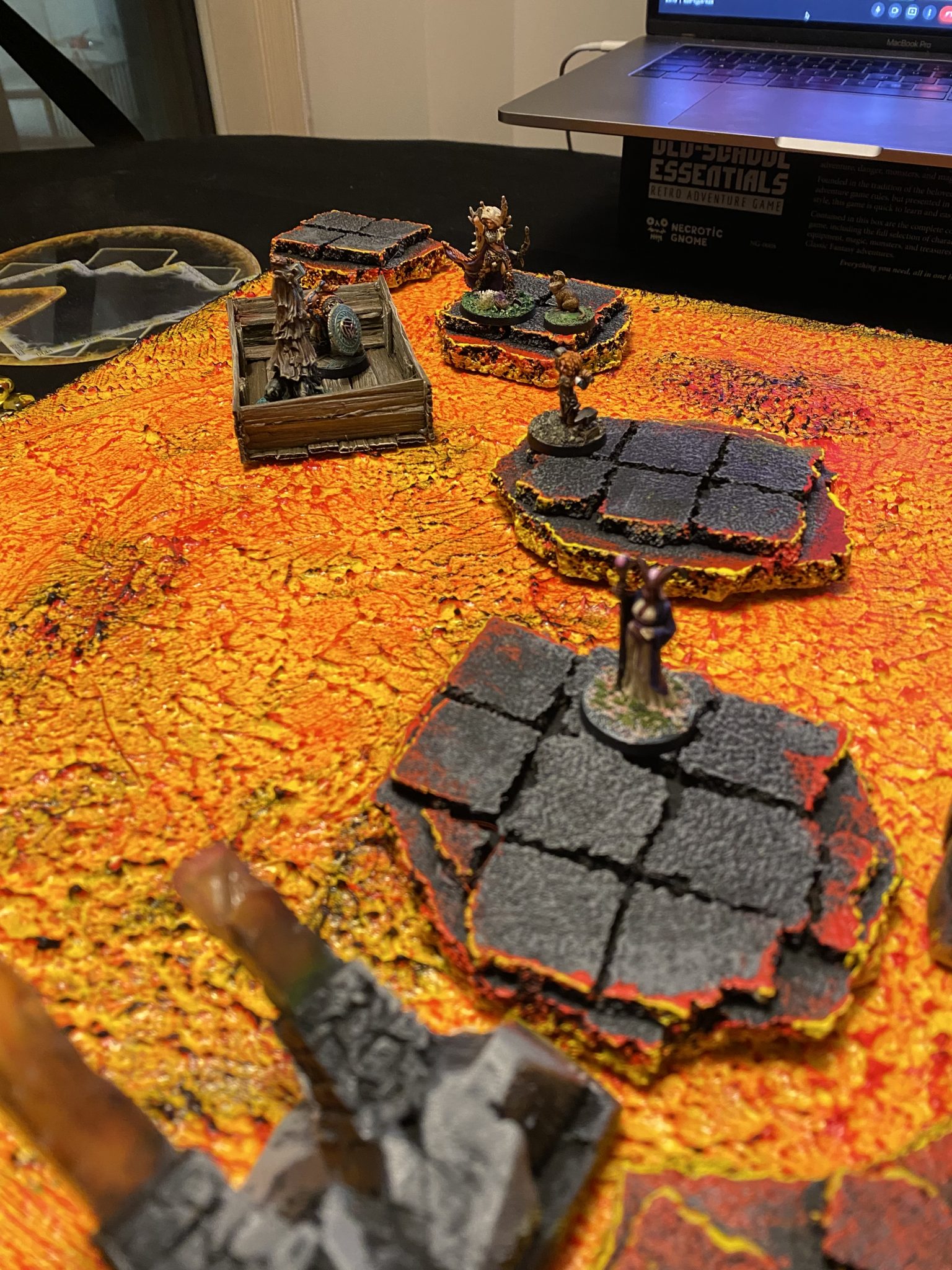 As Thorga, The Dwarven Paladin, realised the Ferryman was asking for something called a “Soul Coin” as payment, he reached into his magical Box of Useful Things, but instead of a coin he pulled out a long rod to help him hold the boat in place pushing against the direction the Ferryman was pushing.

This allowed the team time to get onboard safely. 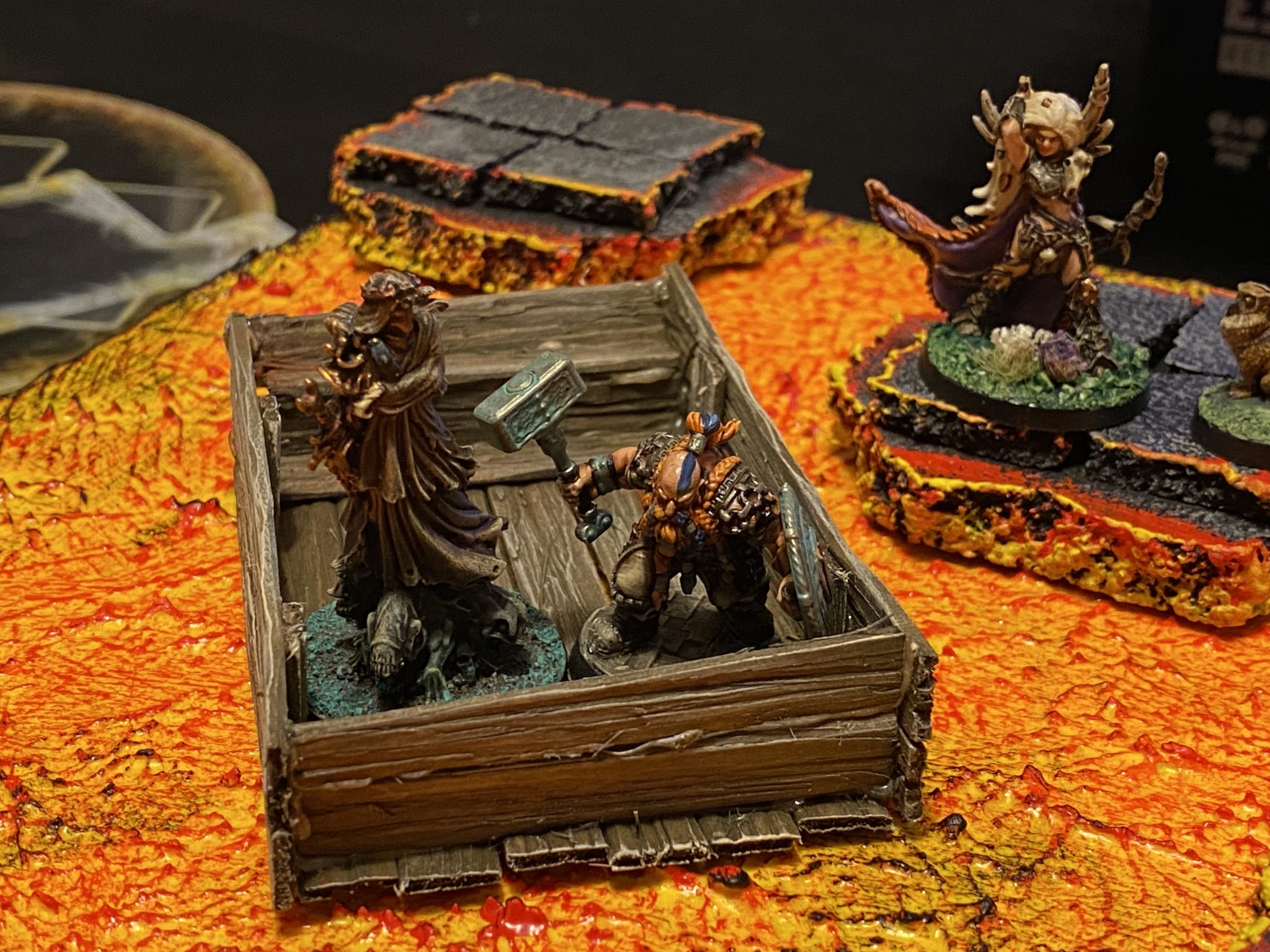 As the boat reached Avernus, the party spotted an old fragile woman fighting off a group old Imps led by a Cambion.

The boatman didn’t seem interested in help, but Thorga and Kaari (who had poured a protection from fire on her staff) pushed the boat into shore to allow the old woman to jump onboard.

Having fought off the devils, they continued the journey with the old woman who introduced herself as “Mad Maggie” onboard. 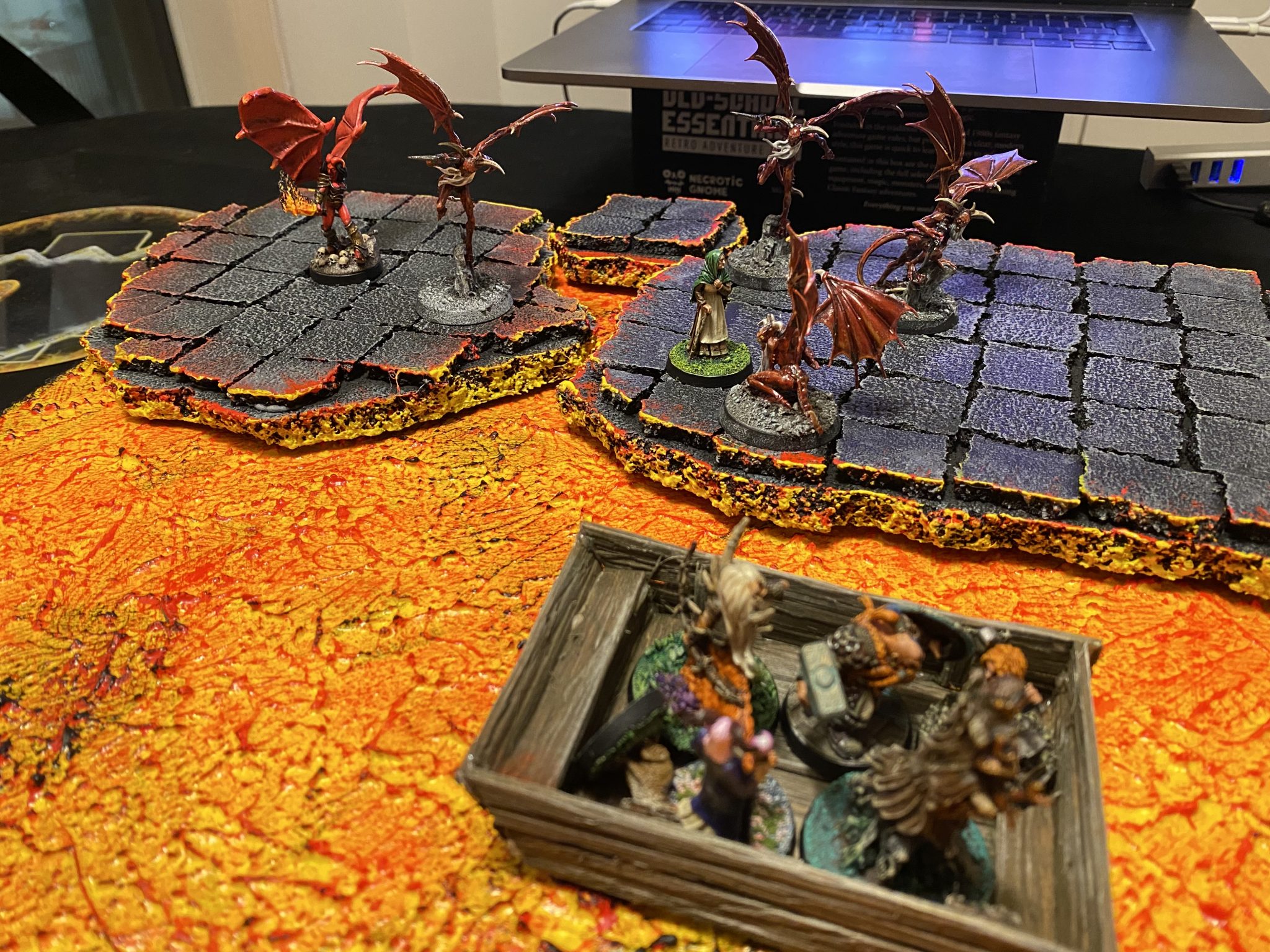 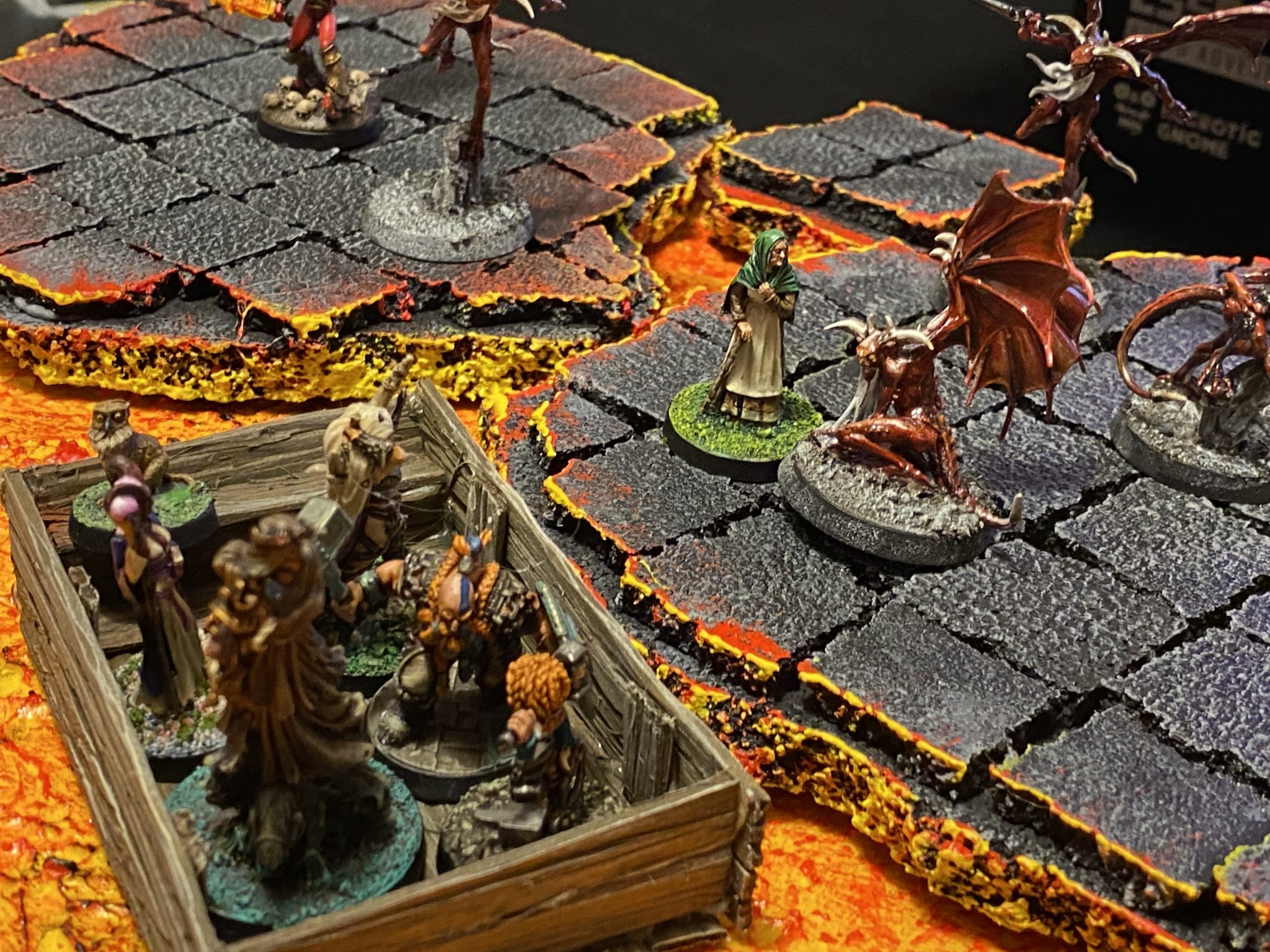 On the journey to Dis, Mad Maggie tried to answer questions, but to the frustration of the party, they didn’t get the answers they were looking for and decided to take a more aggressive stance.

First trying to take a Soul Coin from the Ferryman, who simply teleported to shore leaving the boat adrift, then by trying to force answers out of Mad Maggie. She jumped ship and let them continue.

Having not suffered any harm and still feeling grateful for having been saved, she tossed the party three Soul Coins, one of which they used to pay the Ferryman to come back. 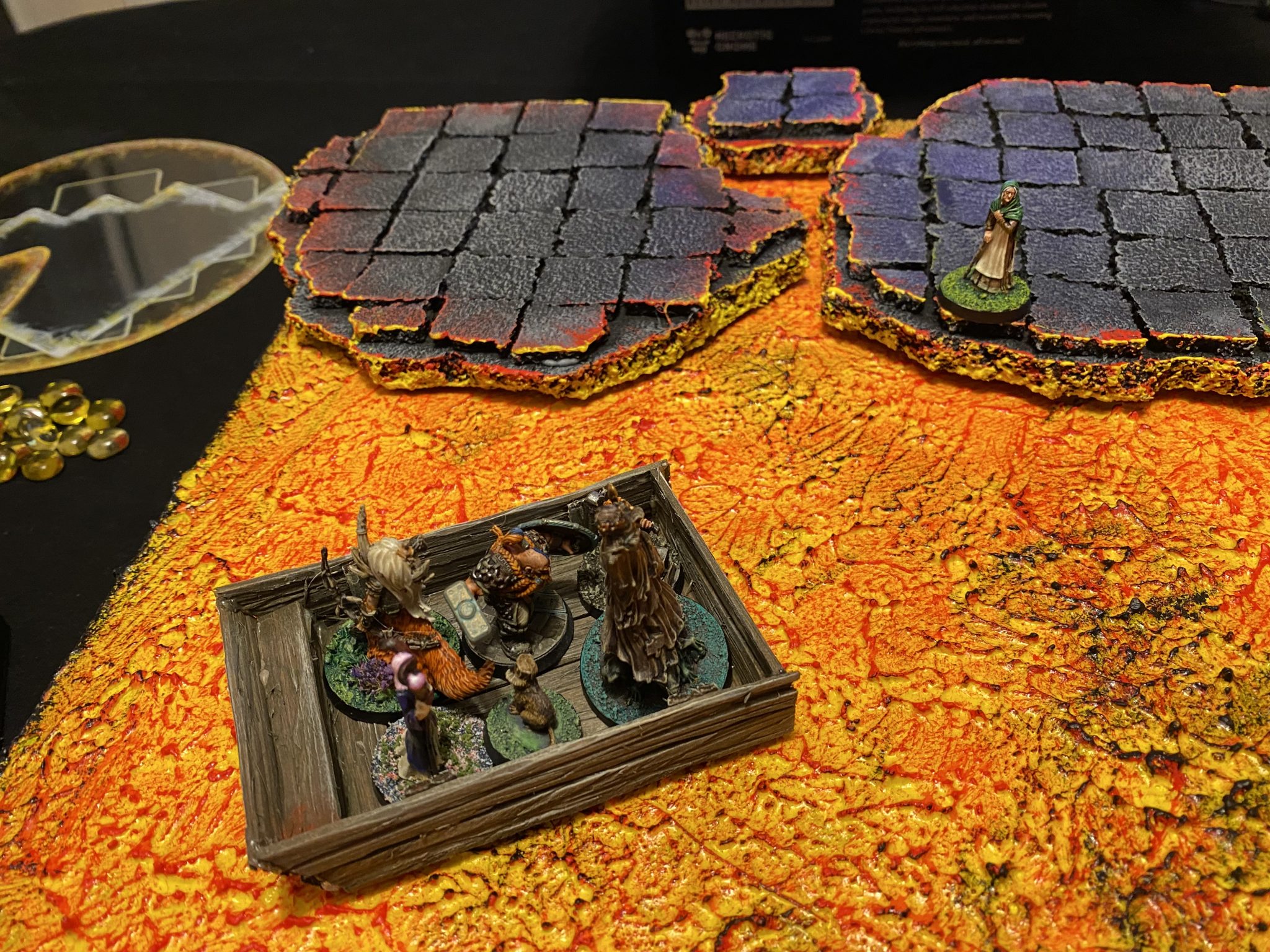 And with that the boat continued through the labyrinth created by the tall iron mountains of Dis.

Here the party found themselves caught in a fight between Devils and Demons and taking no chances, the Devils assumed they belong to the Demon horde and attacked them as they sailed down the river, knocking poor Mr Gentlefeet, the Halfling Blacksmith entourage down twice, first by the fiery breathe of a Hell Hound, then from the Fireball from a Hellish Cannon. 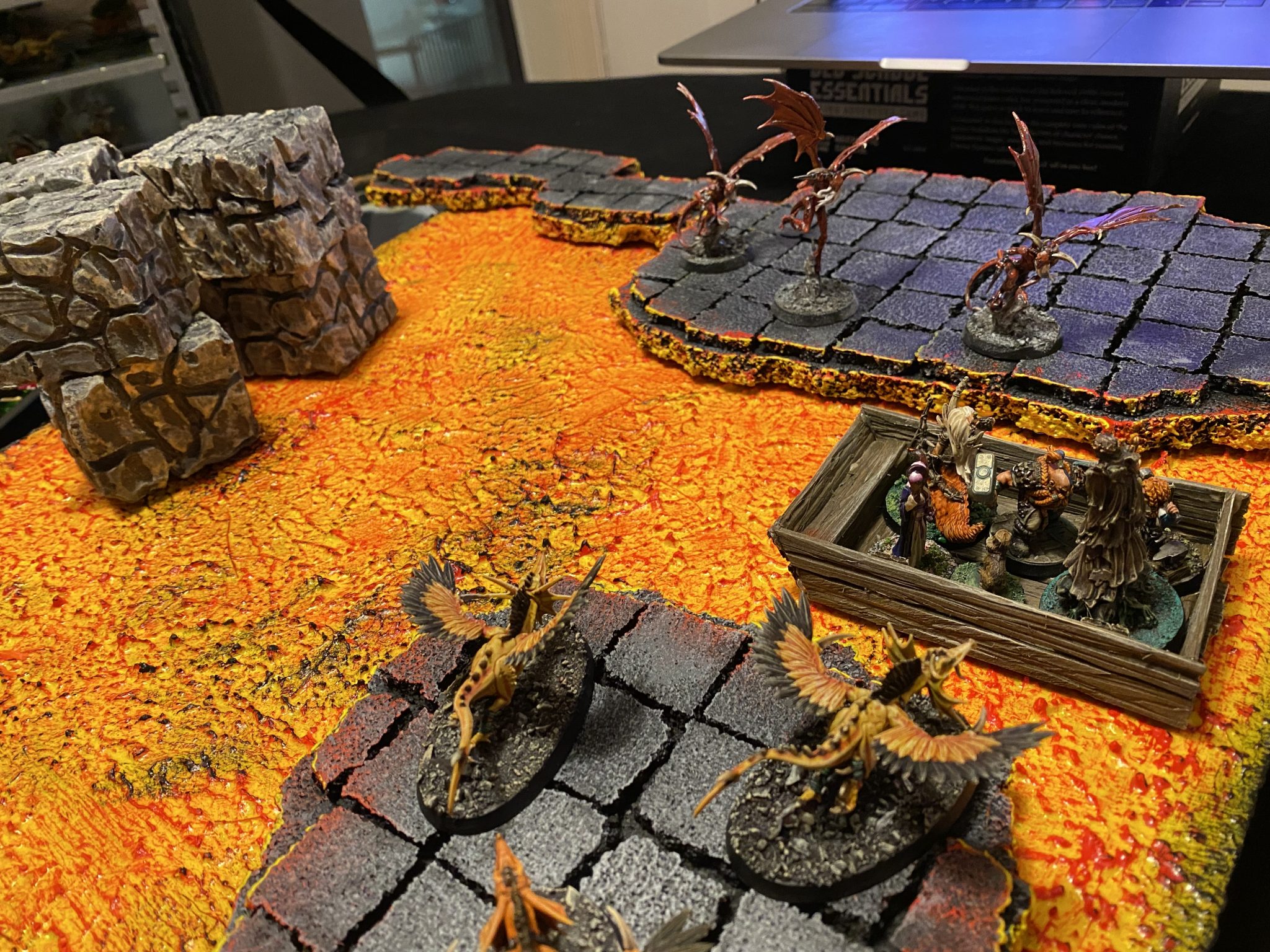 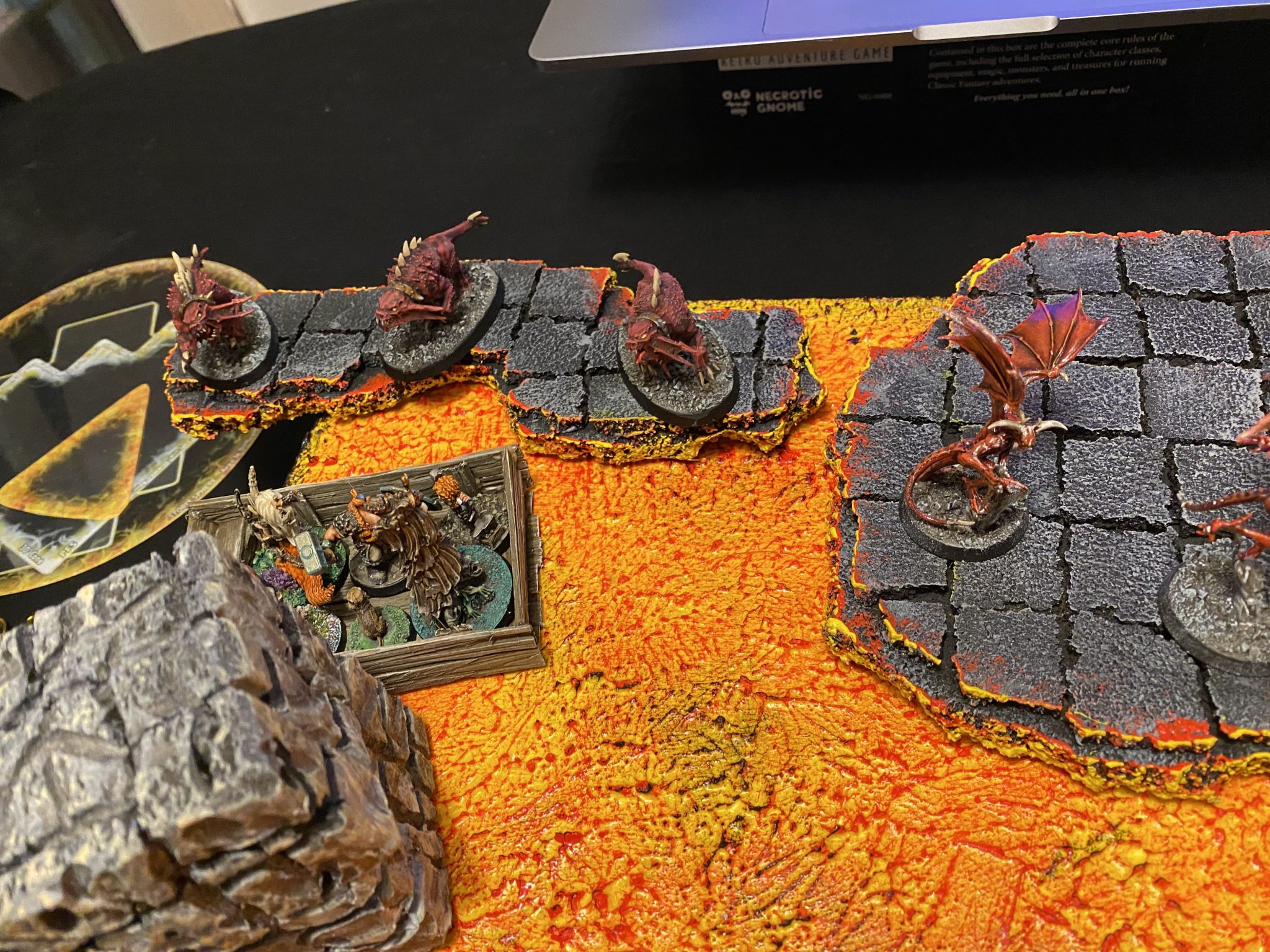 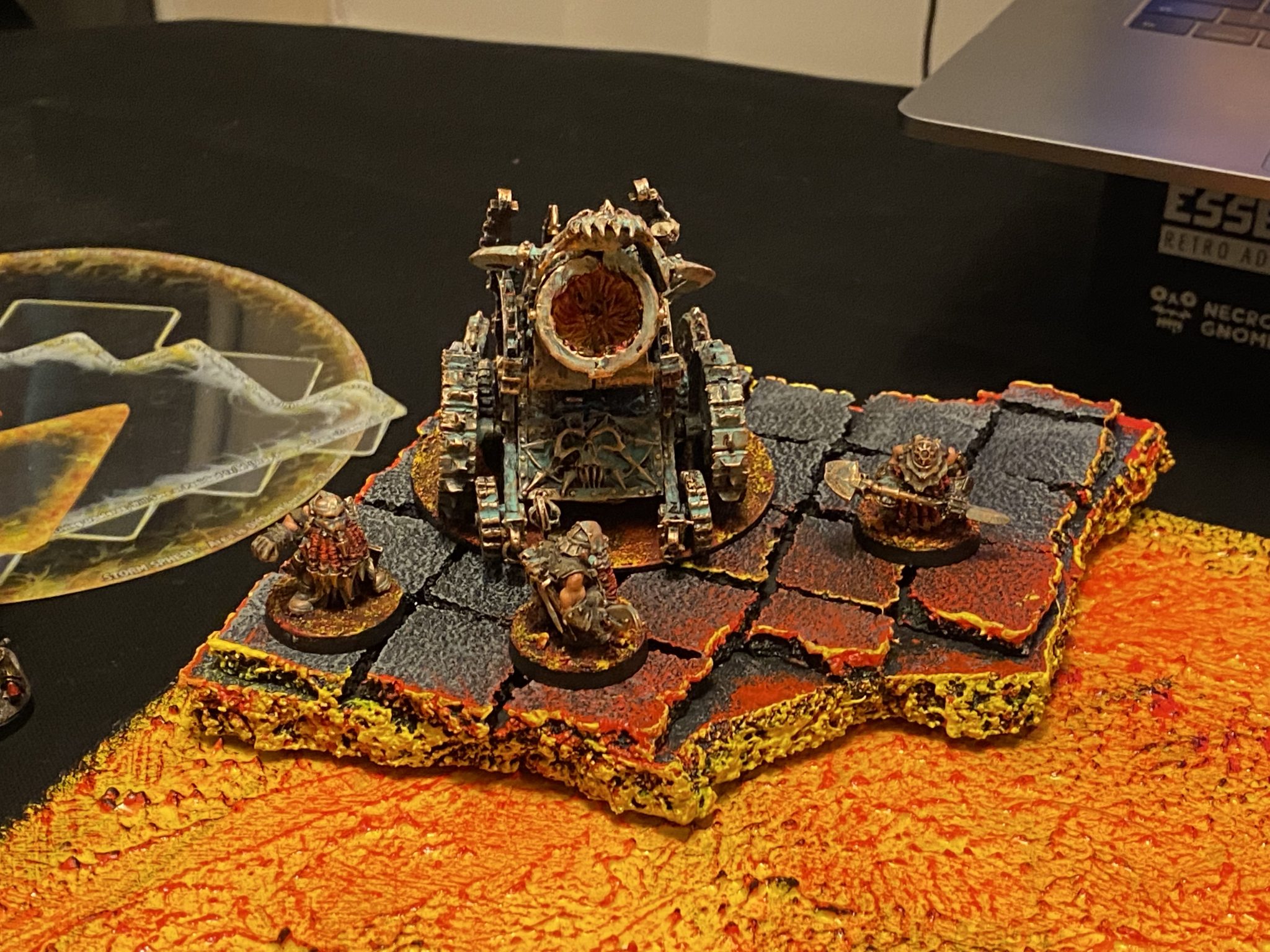 The infected and putrid lands of Minauros were more welcoming.

Here the party found the pop-up shop of Lazarus The Speaker of Profit. 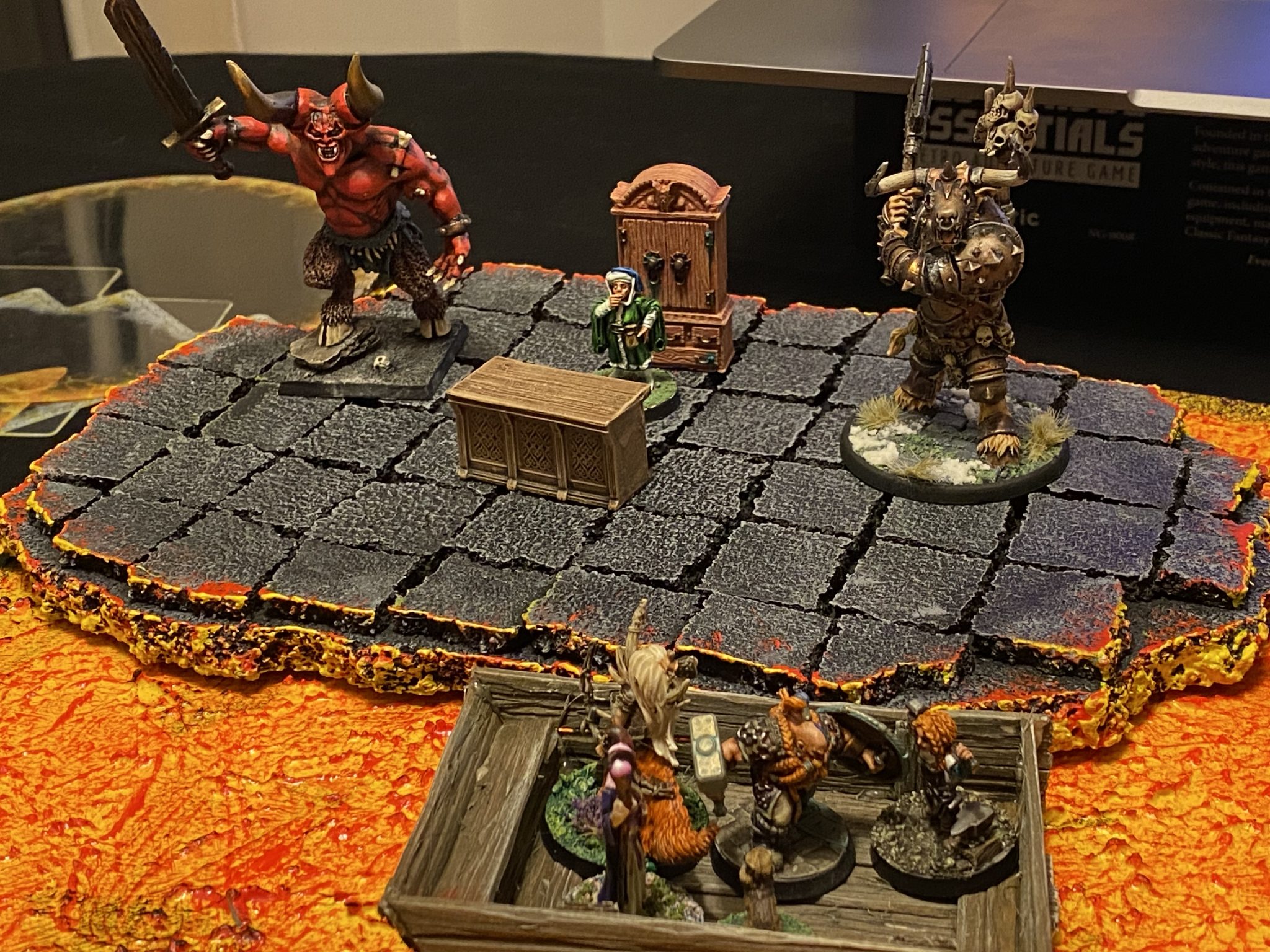 Lazarus had many interesting items, but with only two Soul Coins left, the party decided to save the funds for what may lay ahead.

After what was a pleasant and informative conversation, the party thanked Lazarus and continued down Styx to their final destination: Phlegethos.

Here they were surprised to find an old acquaintance waiting for them: The elegant James Brimstone.

They learned James was actually working in the service of Azrael, the angel trapped somewhere in Phlegethos and furthermore, he had secured them accomodation of a lovely inn, where the party fell right asleep.