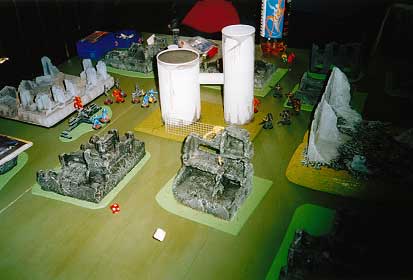 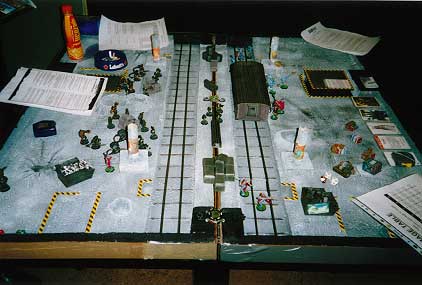 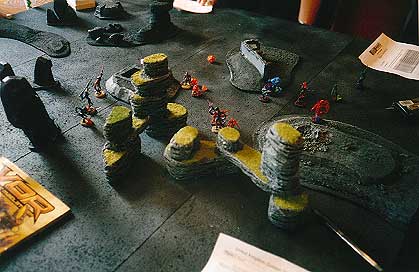 Zykhee and Shard on the Pharon table I didn’t get the chancce to play on. But I will some day. 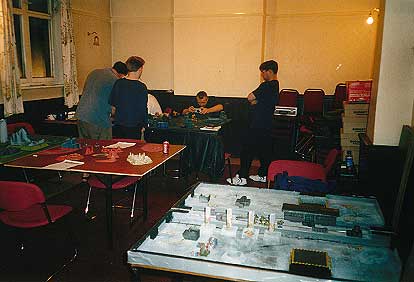 After battle. Mocaiv is taking pictures of participating miniatures 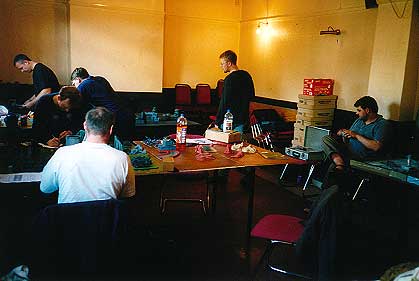 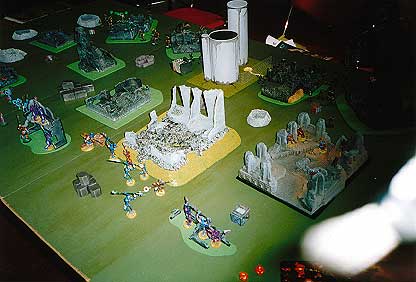 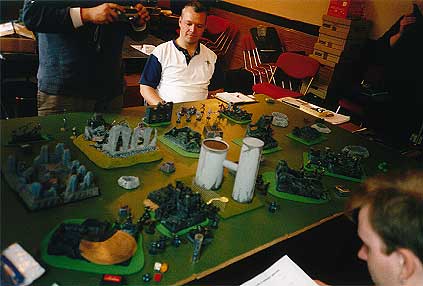 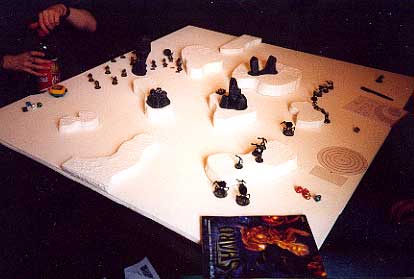 Here we see Dwight and Cpl. Hicks battle it out on the Ice board. 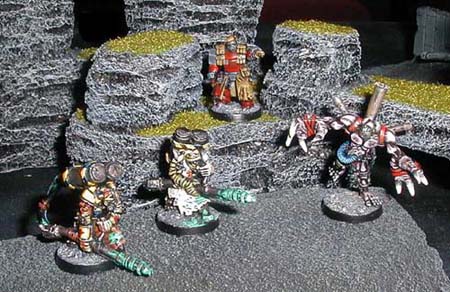 During the big Zykhee Vs Neo Soviets battle Ebon-Keshik took these two photos of some of my minis on the Pharon board. 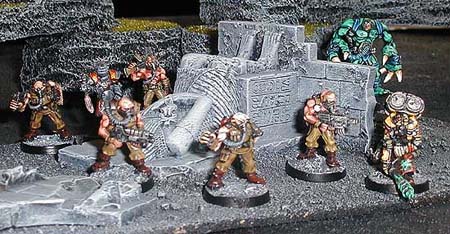 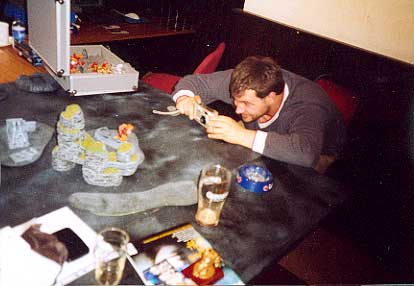 And yes here you see the Evil Pharon Warlod Ebon-Keshik himself in action.