I must admit when I received the Kingdom Death: Monster box, I was a bit puzzled by why they had added The Golden Smoke Knight for two reasons: First of all I think The Watcher is such a cool and otherworldly miniature that it is perfect as the final boss, where ass the Golden Smoke Knight is more “human”.

Secondly, at the time I wasn’t comfortable with painting gold! It has caused me problems for a long as I’ve been painting.

However, between getting the KDM box and now, I have not only found a gold colour I don’t think looks like plastic (“Blighted Gold” from Privateer Press’ Formula P3 range), I’ve also learned a very effective technique, which is to ink any gold with purple! It sounds odd but it works a charm.

I doubt we are ever going to face The Golden Knight, but he is painted now if we do! 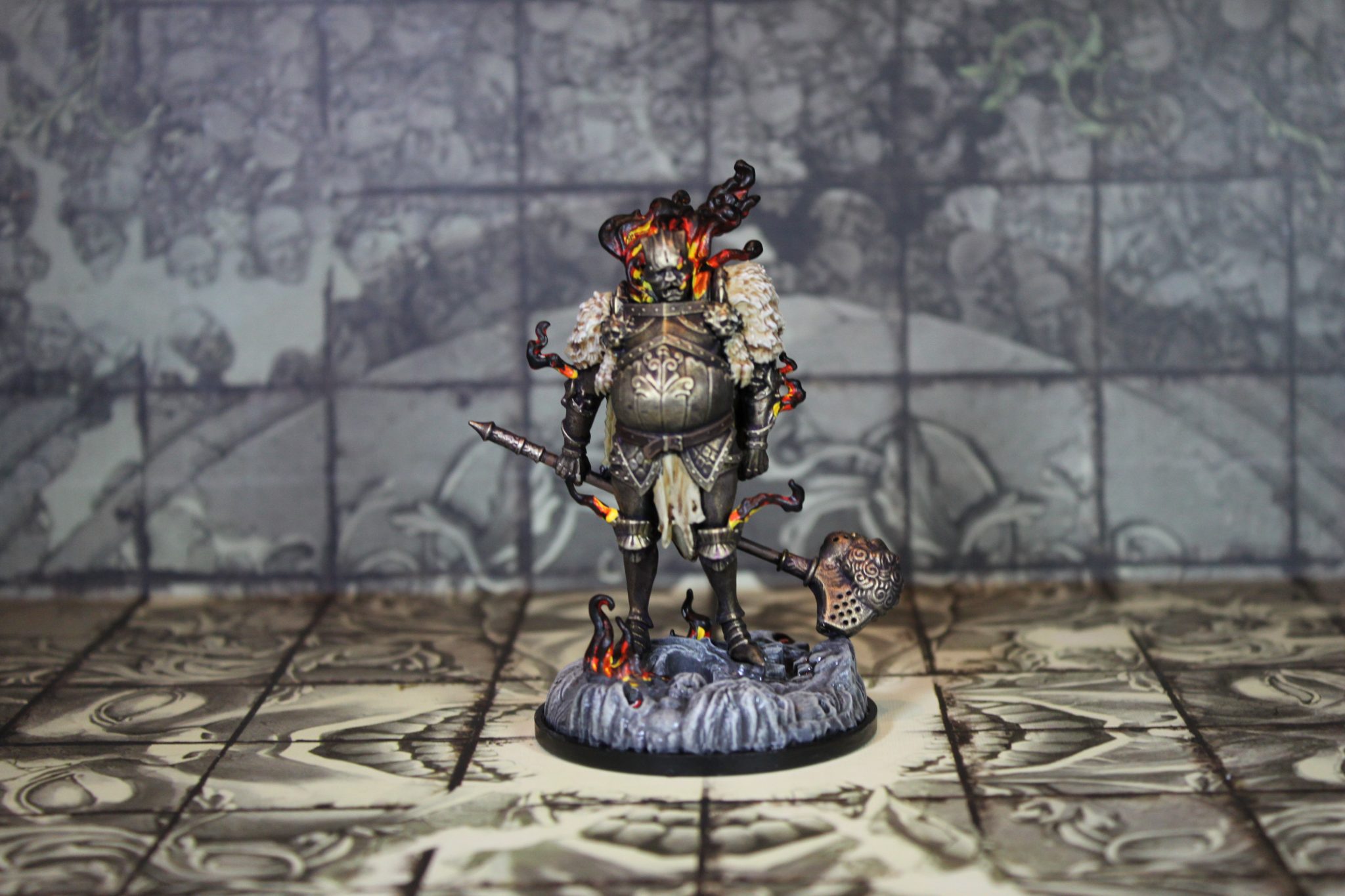 Size comparison. Here with the Survivor with the two Butcher Cleavers. 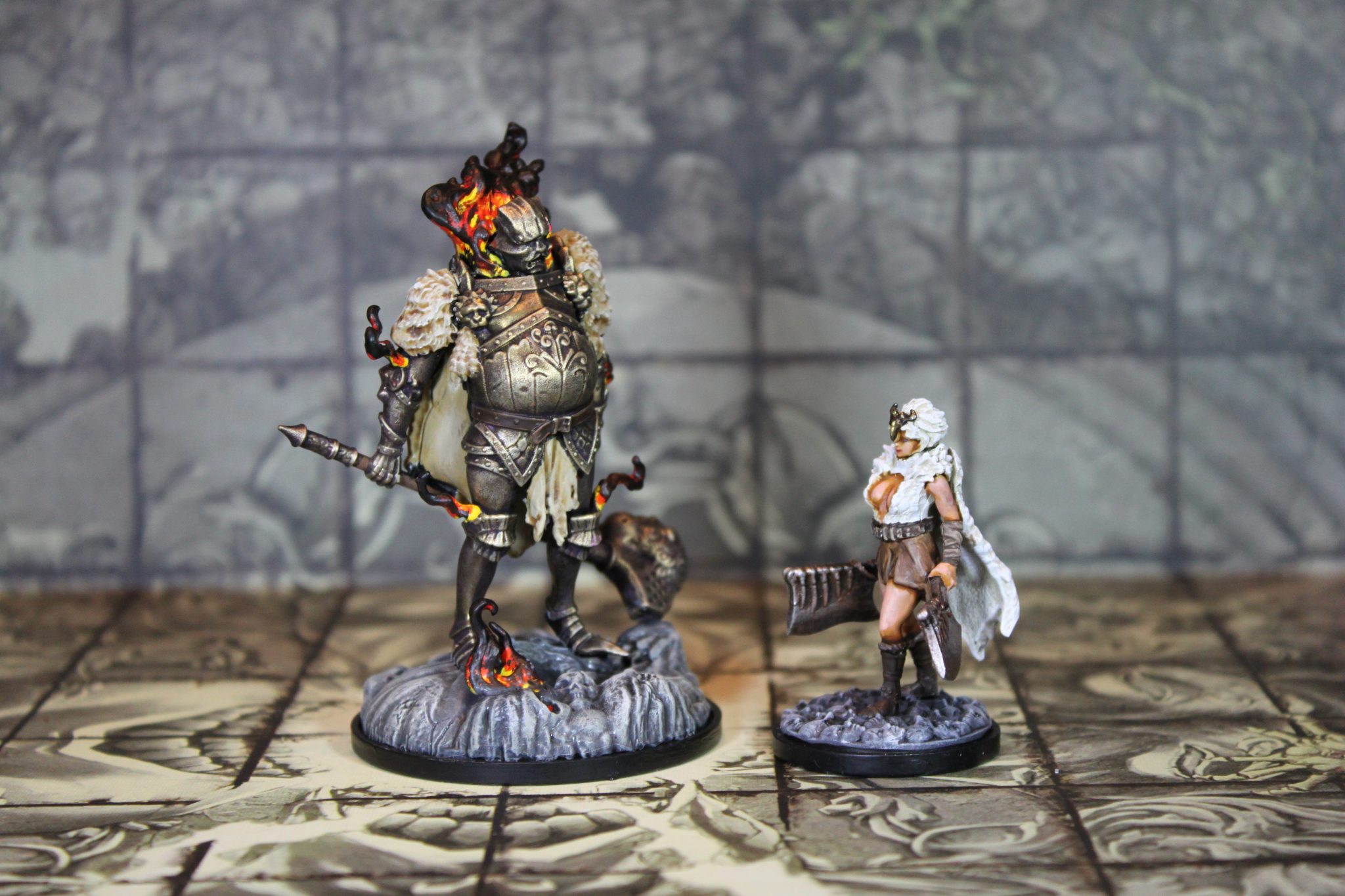 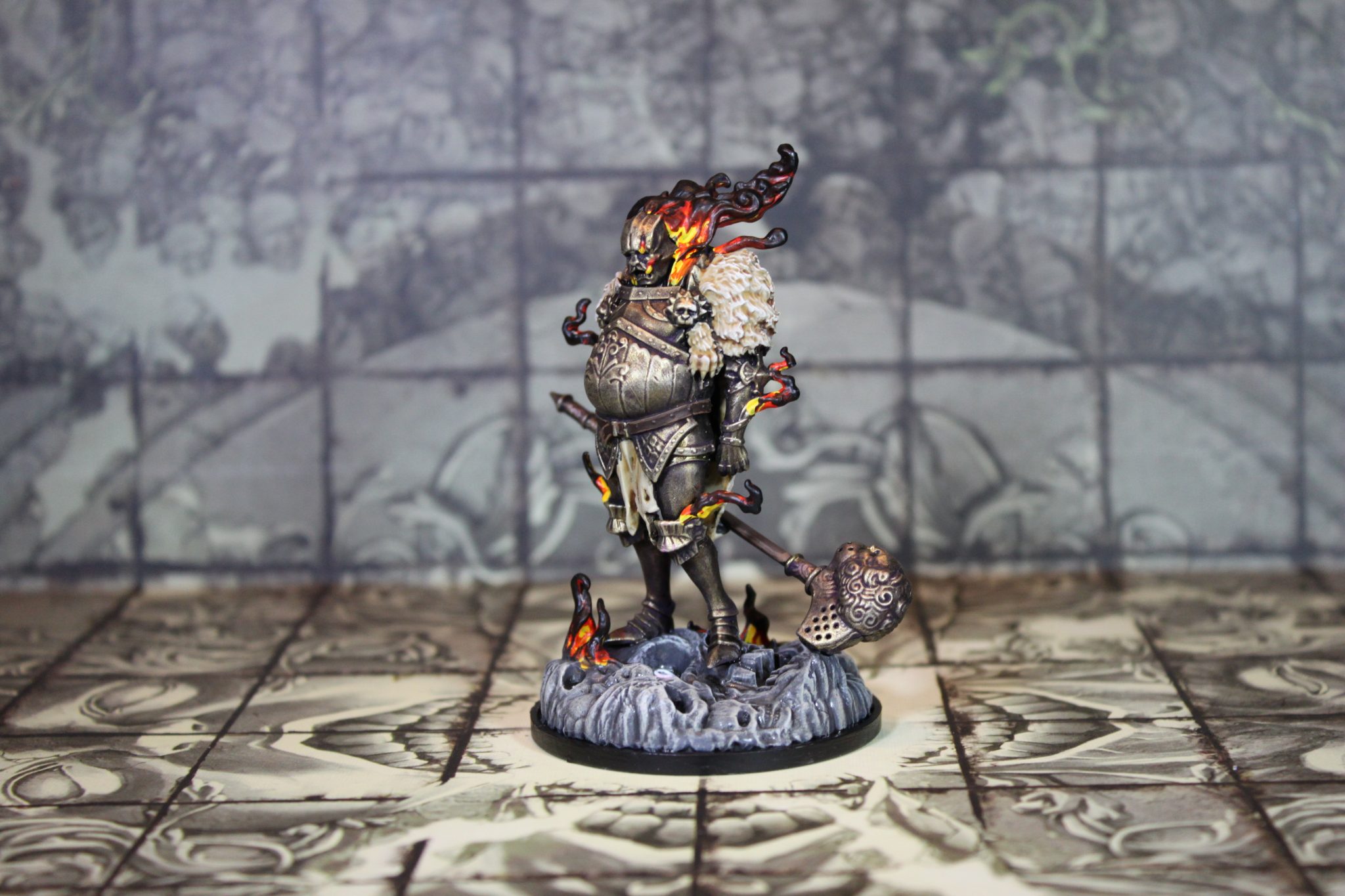 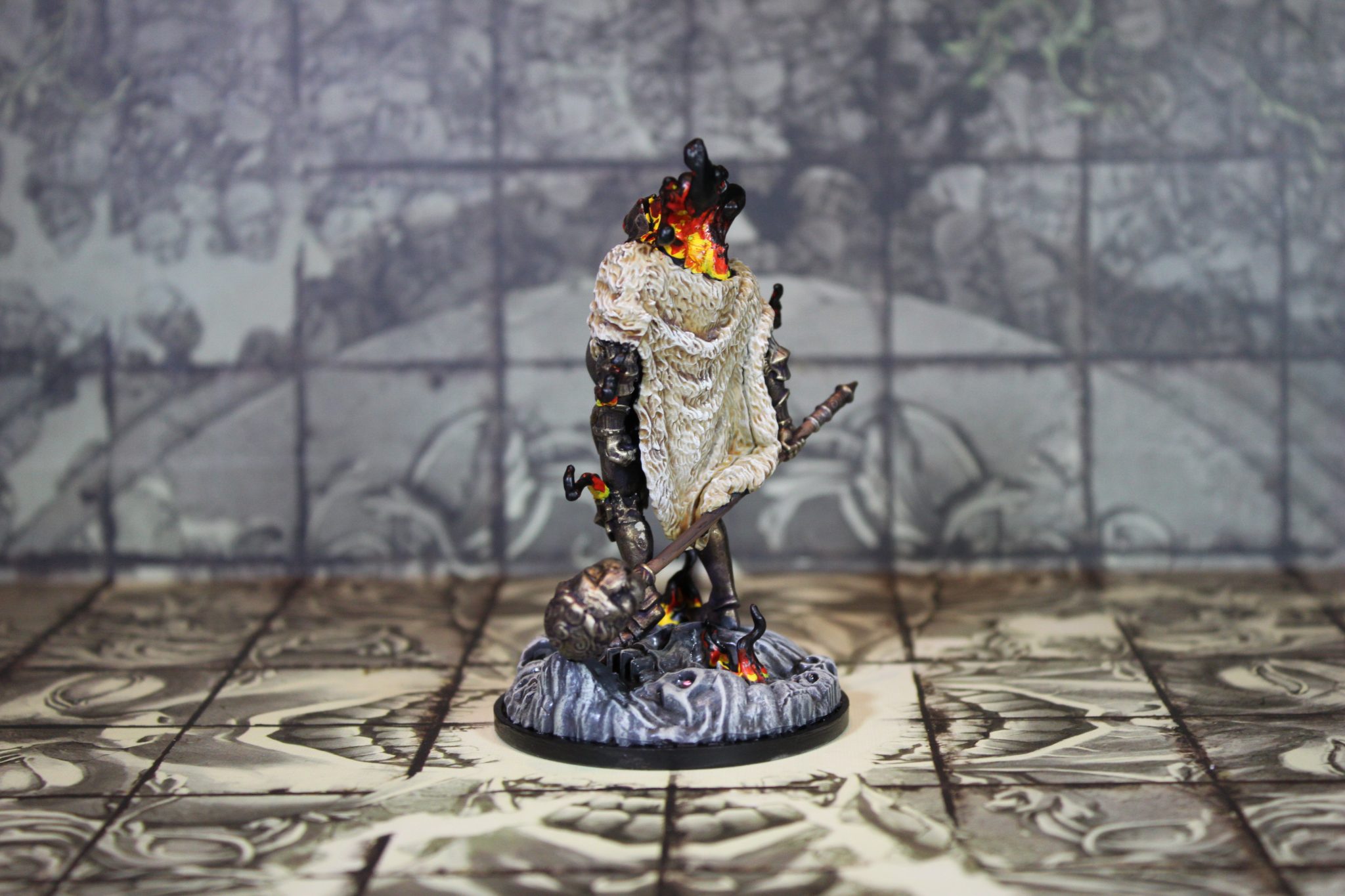 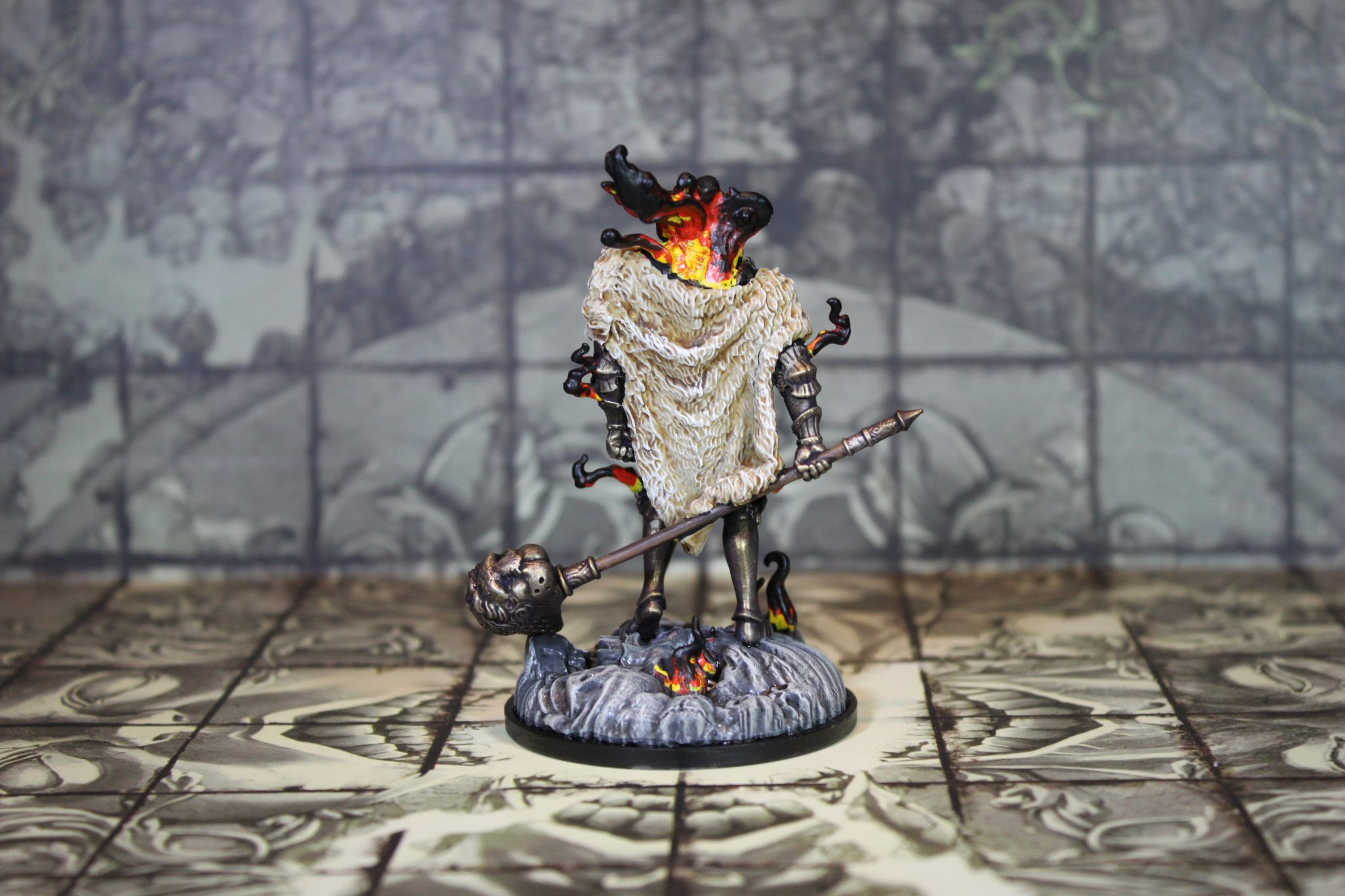 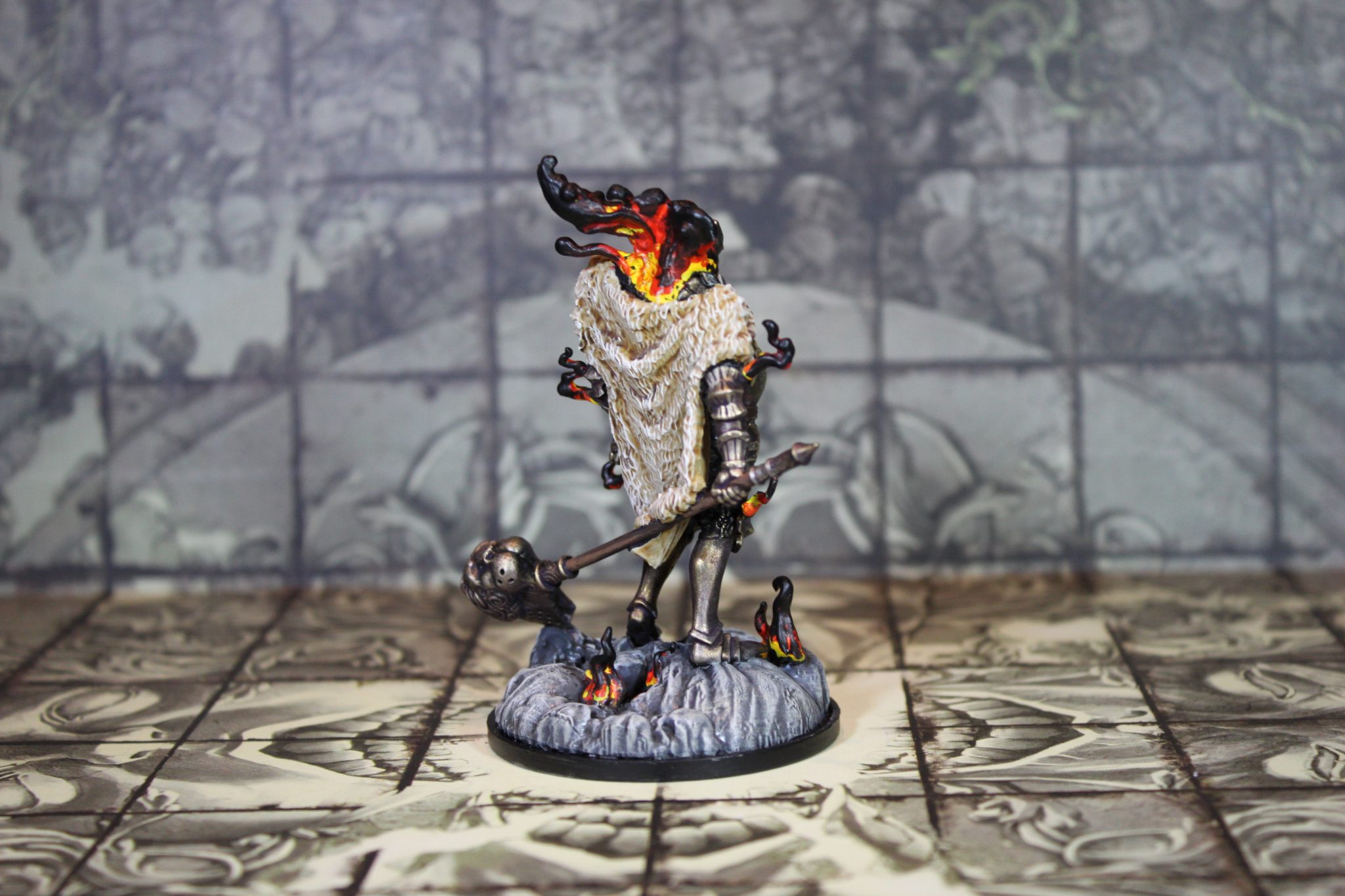 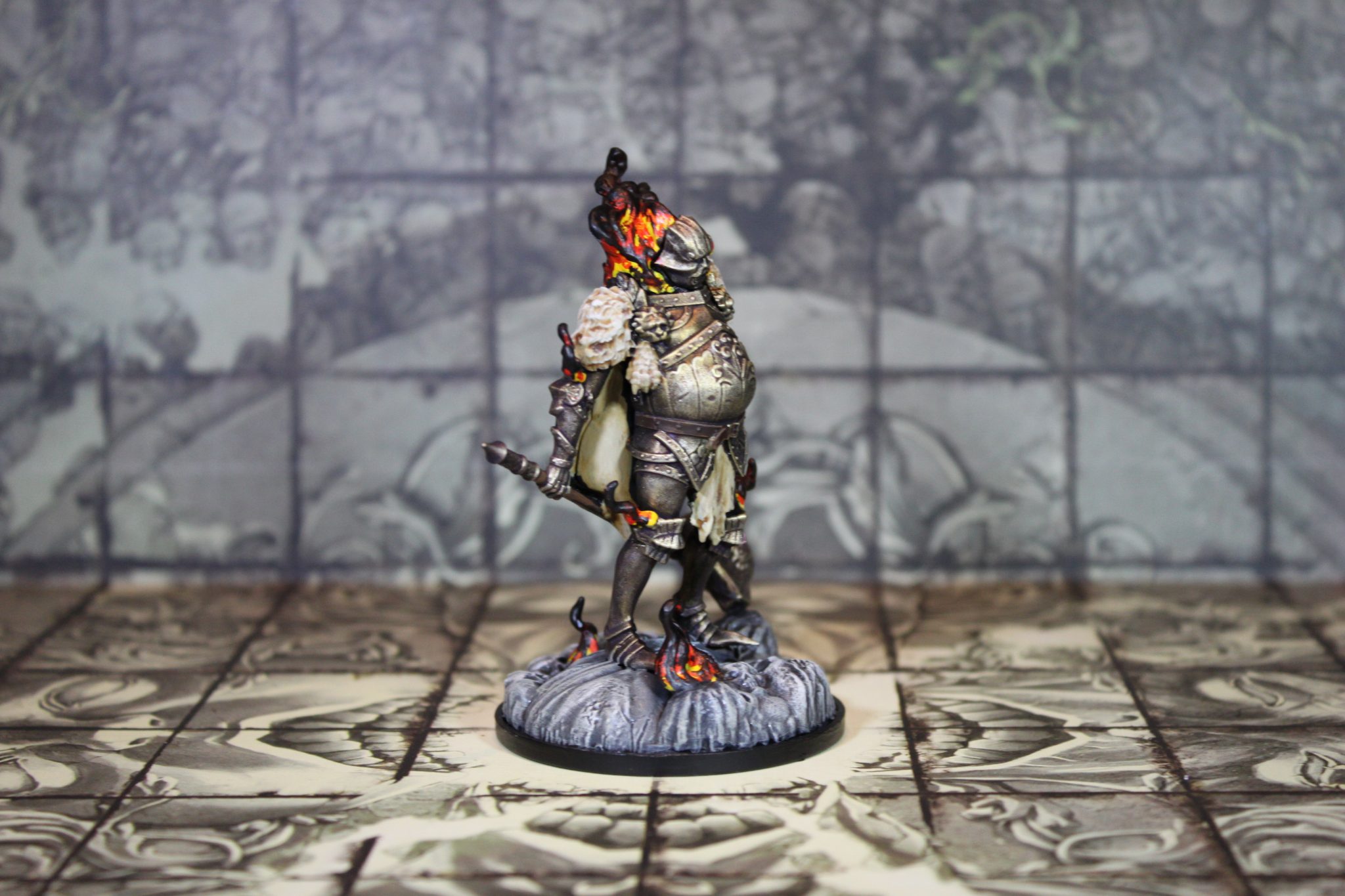 The base has actual eye balls. I was considering just having them as rock but in the end KDM is such an odd world so I painted the eye balls. 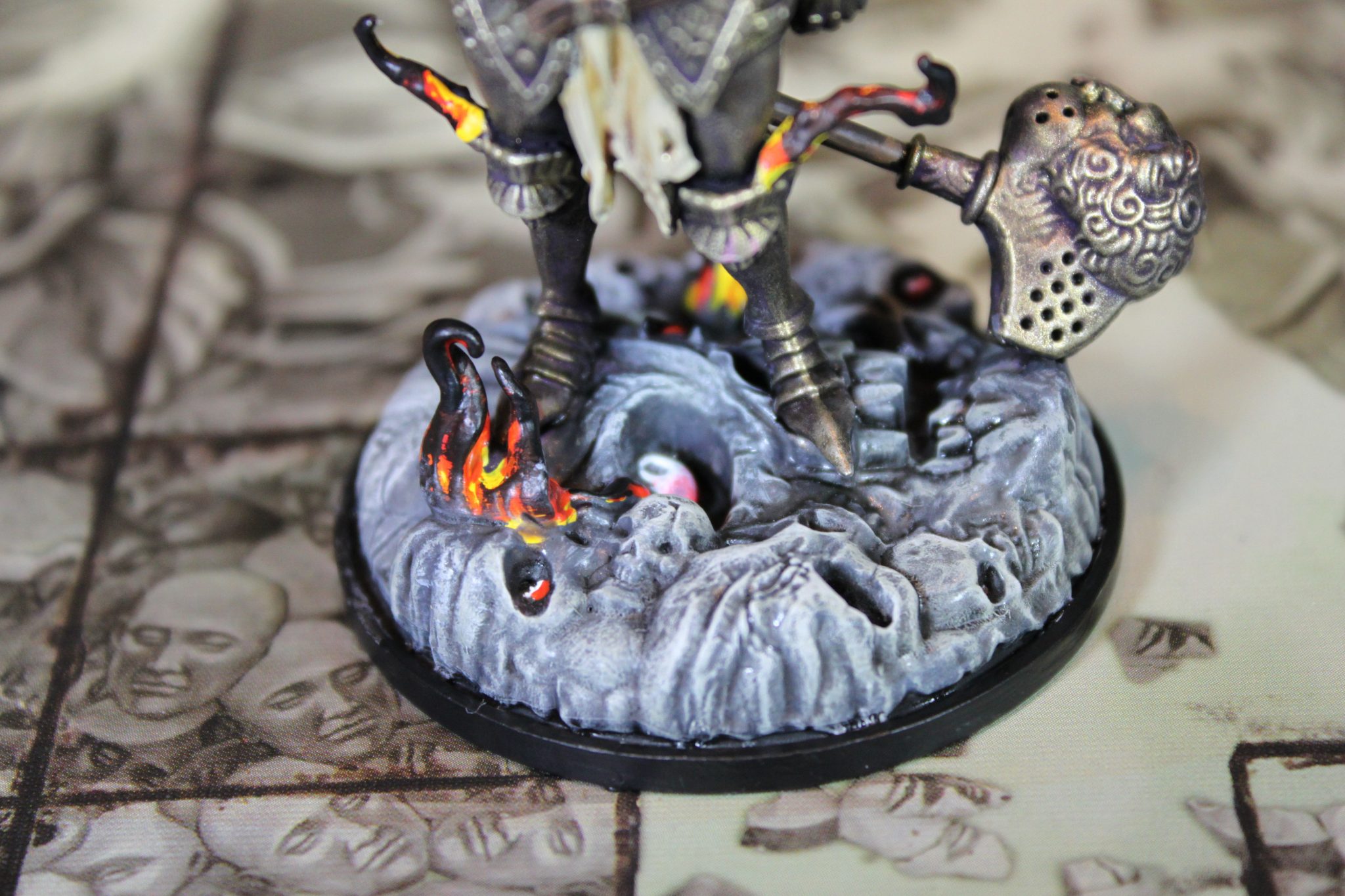 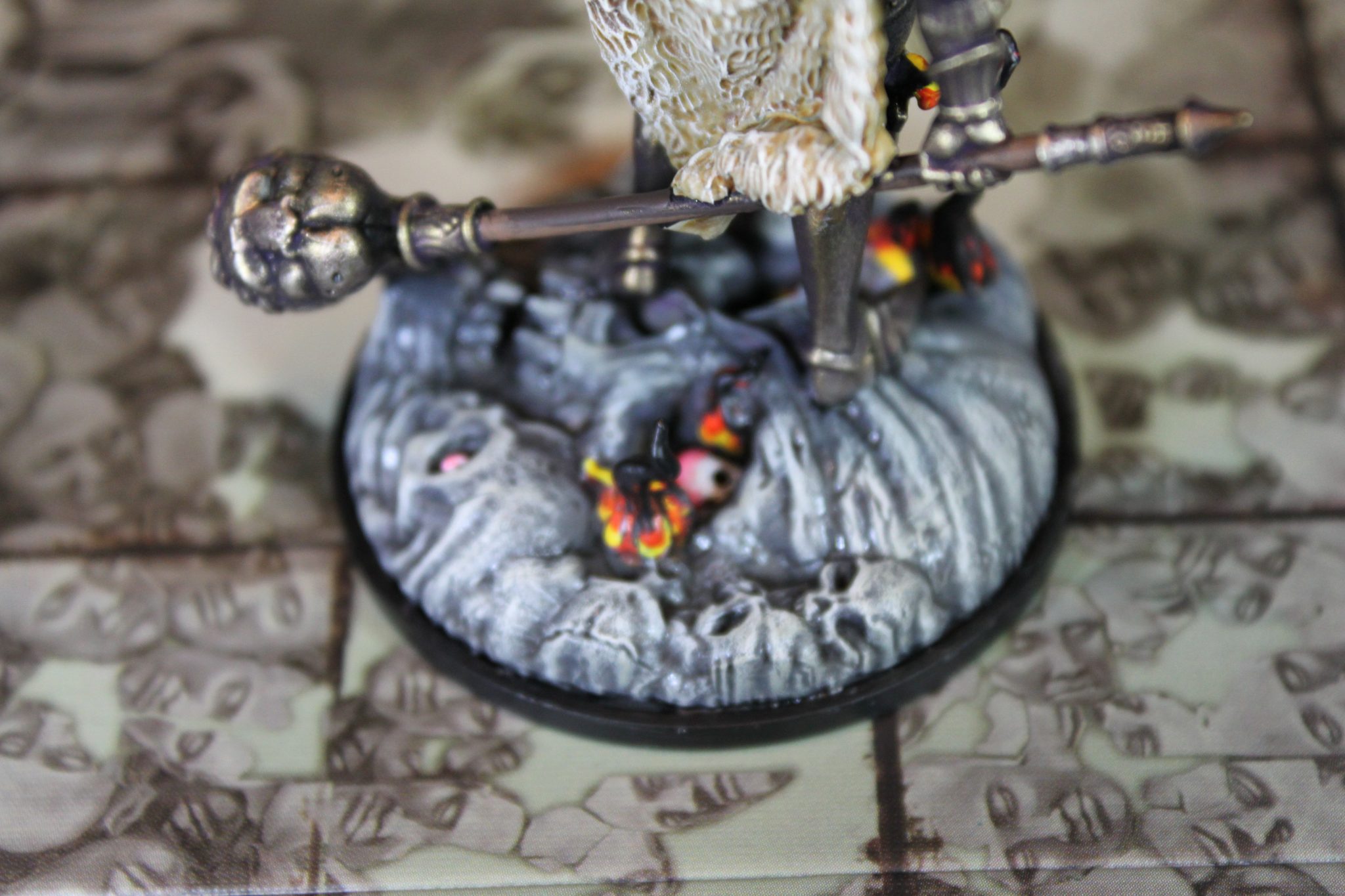