At the end of the day I think my two all time favourite Ork models from the Rogue Trader era (or any WH40K era for that matter) are the Super Cyboar and the Shokk Attack Gun.

The Shokk Attack Gun not only is a magnificent model with the most outthere gun ever seen, the rules are equally crazy and the impediment of Orkish culture: You open a warp hole, another warp hole opens up roughly where your enemy is, you send through innocent Snotlings and they get insane traveling through warp so by the time they arrive at the exit hole they will attack anything, eat anything, destroy anything regardless of their own health and safety.

My version of the Shokk Attack Gun has been with me since back in 90s when I played Rogue Trader regularly and back then I used to customise most of my minis and this was no exception, hence the custom front of the gun itself. I actually do have an untouched Shokk Attack Gun model, but I chose to use the minis as I used it.

In fact, the gun itself have had other gunners carrying it to battle for me. 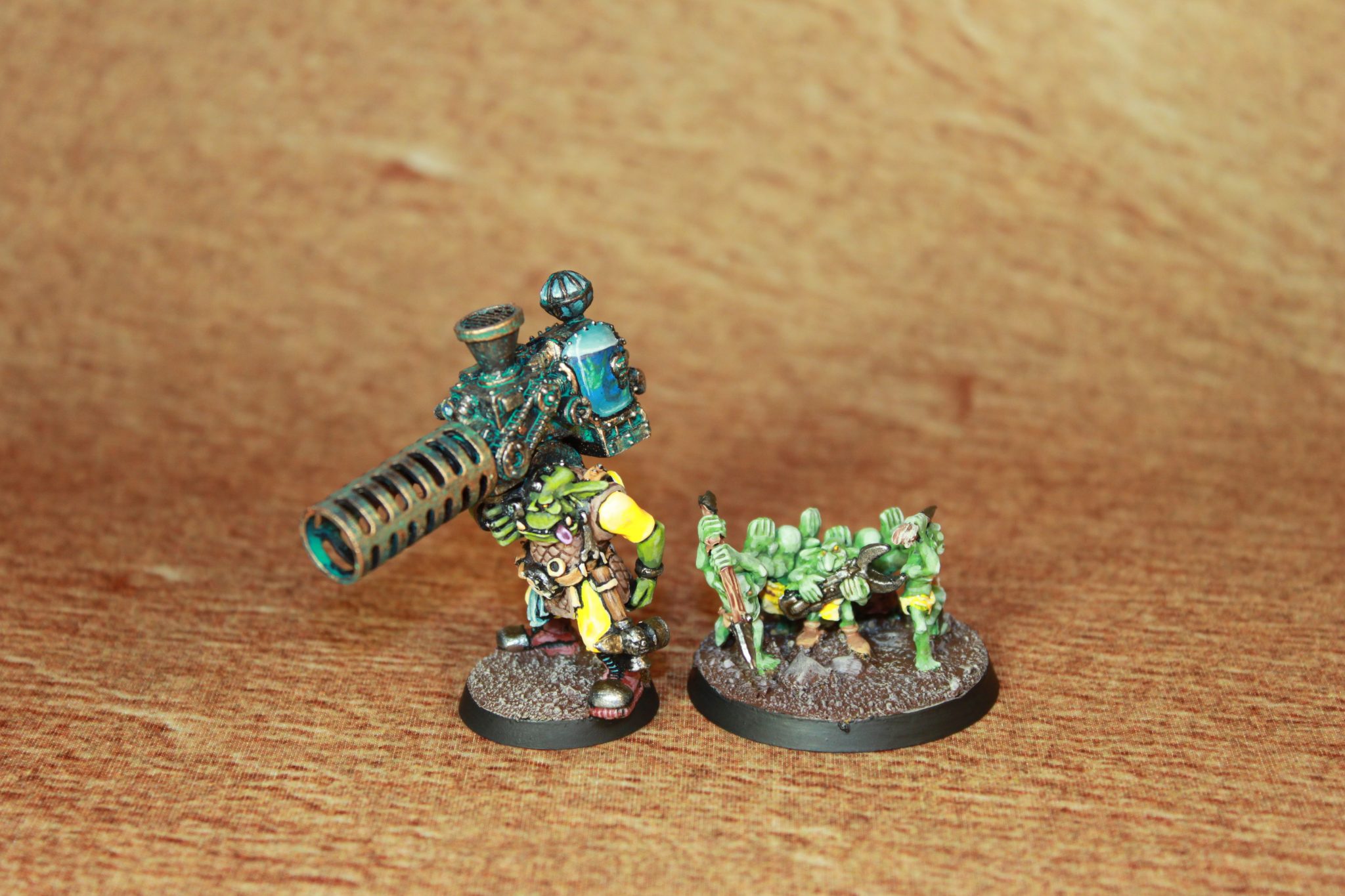 I tried to make the tank bit of the gun look like glass with the vague shadow and shape of a Snotling  floating around. 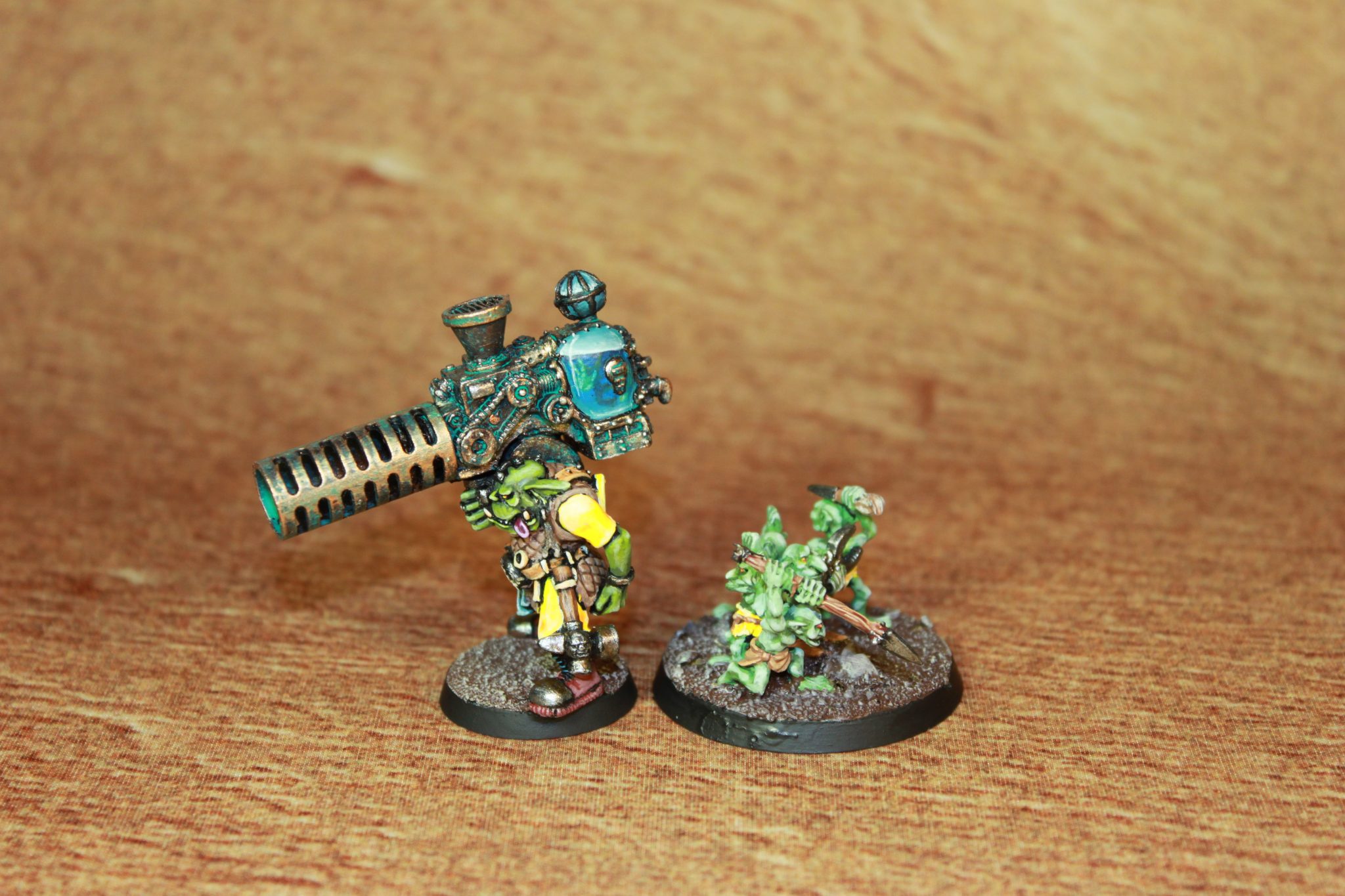 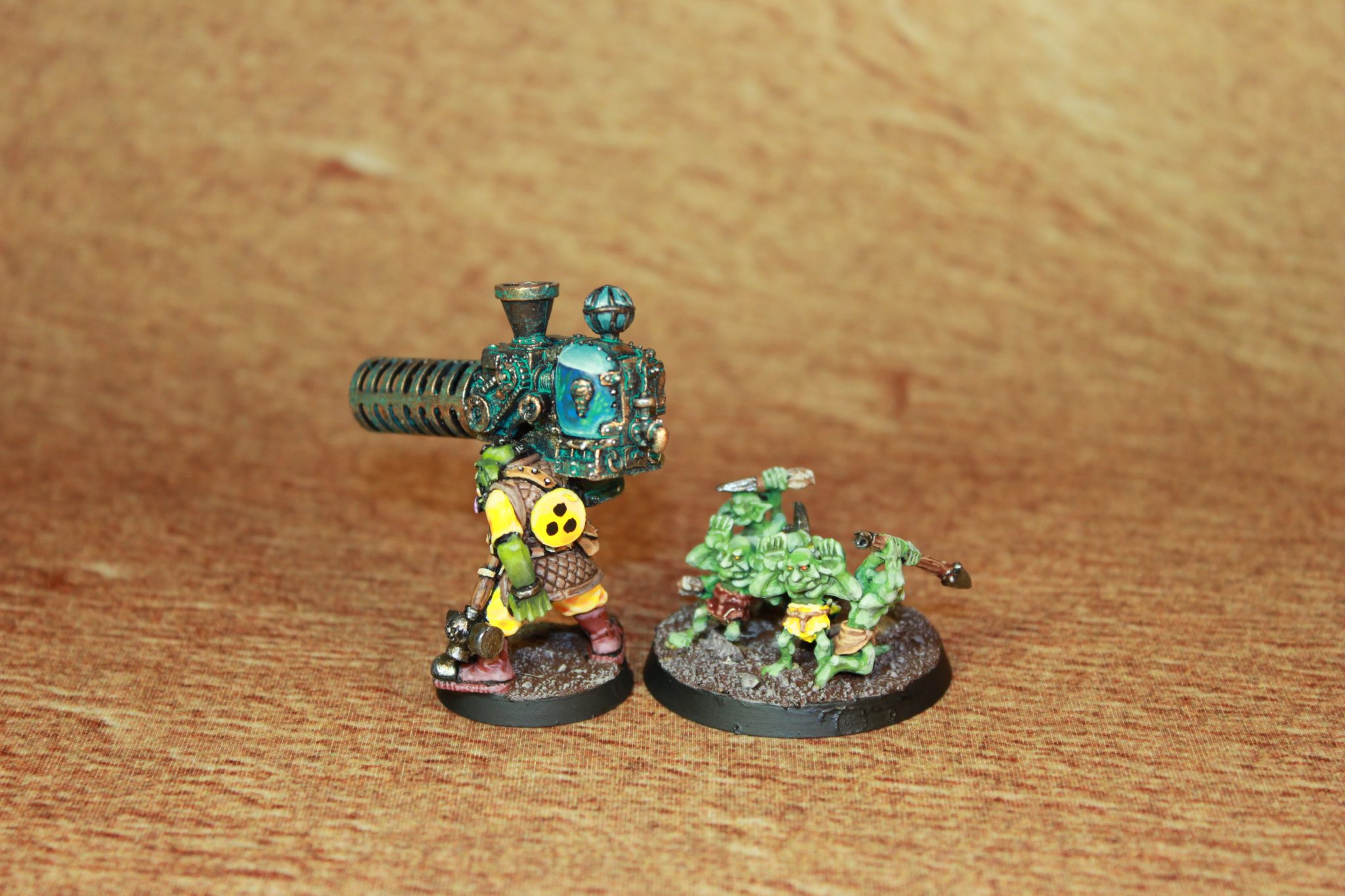 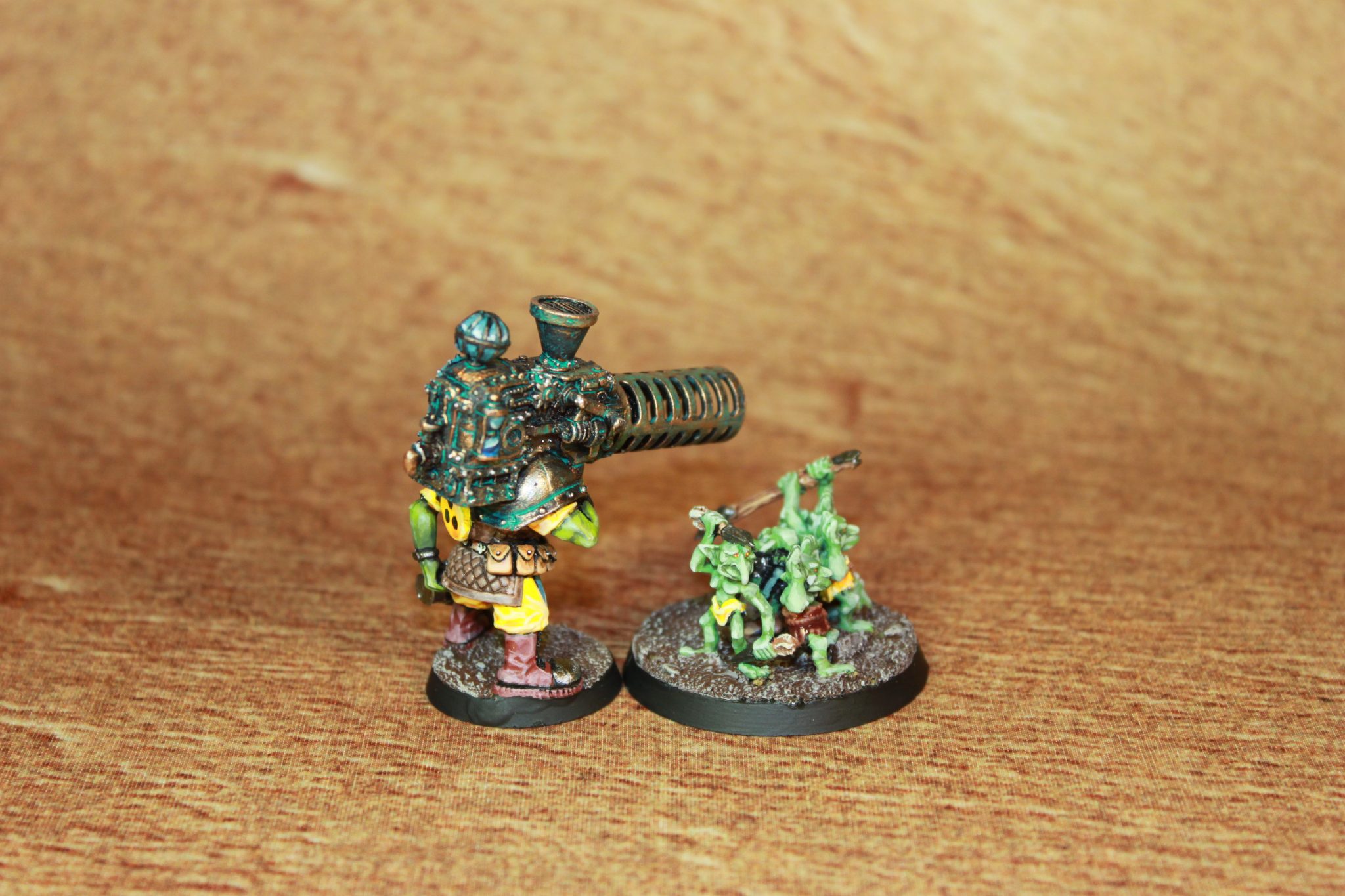 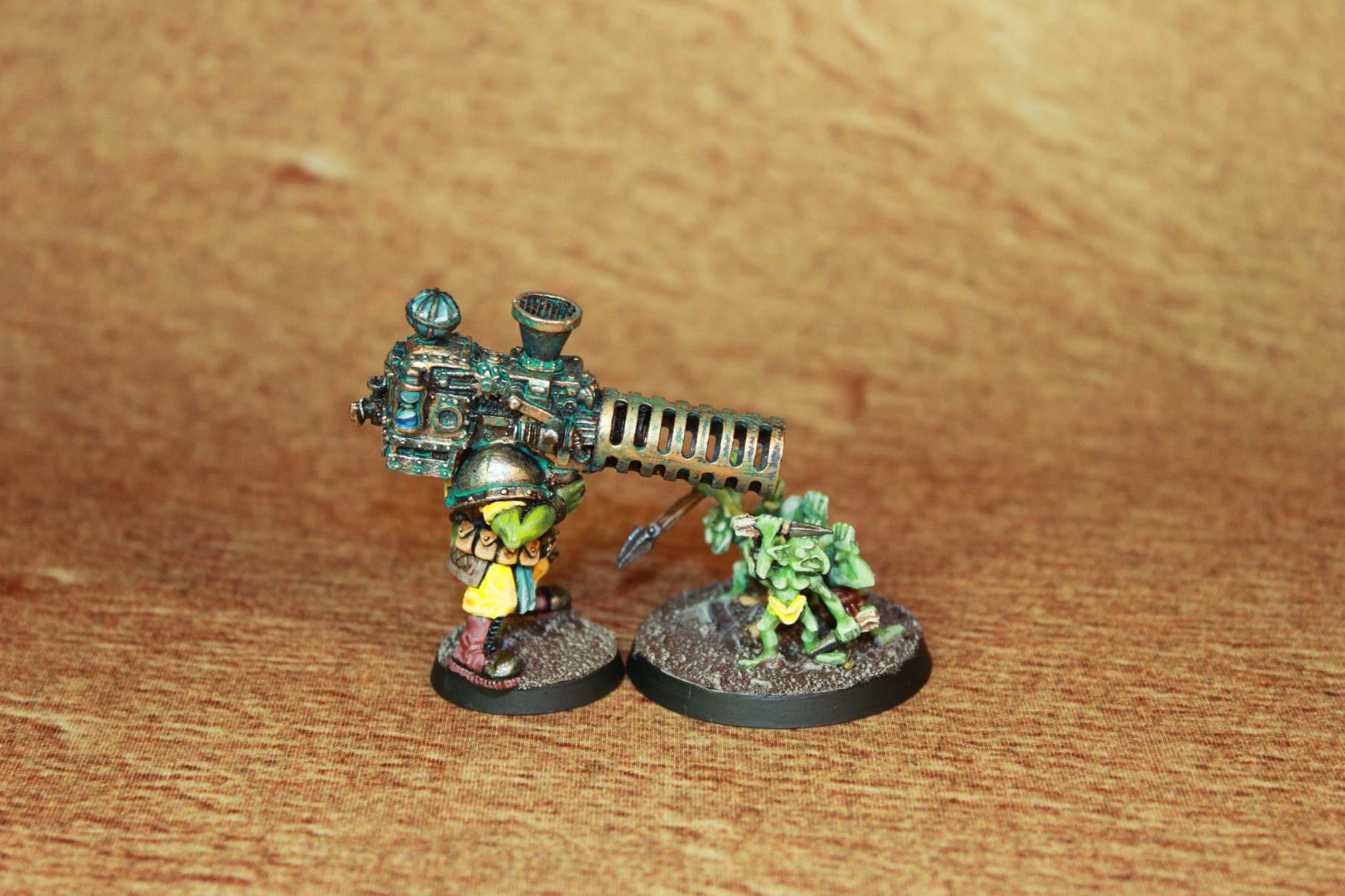 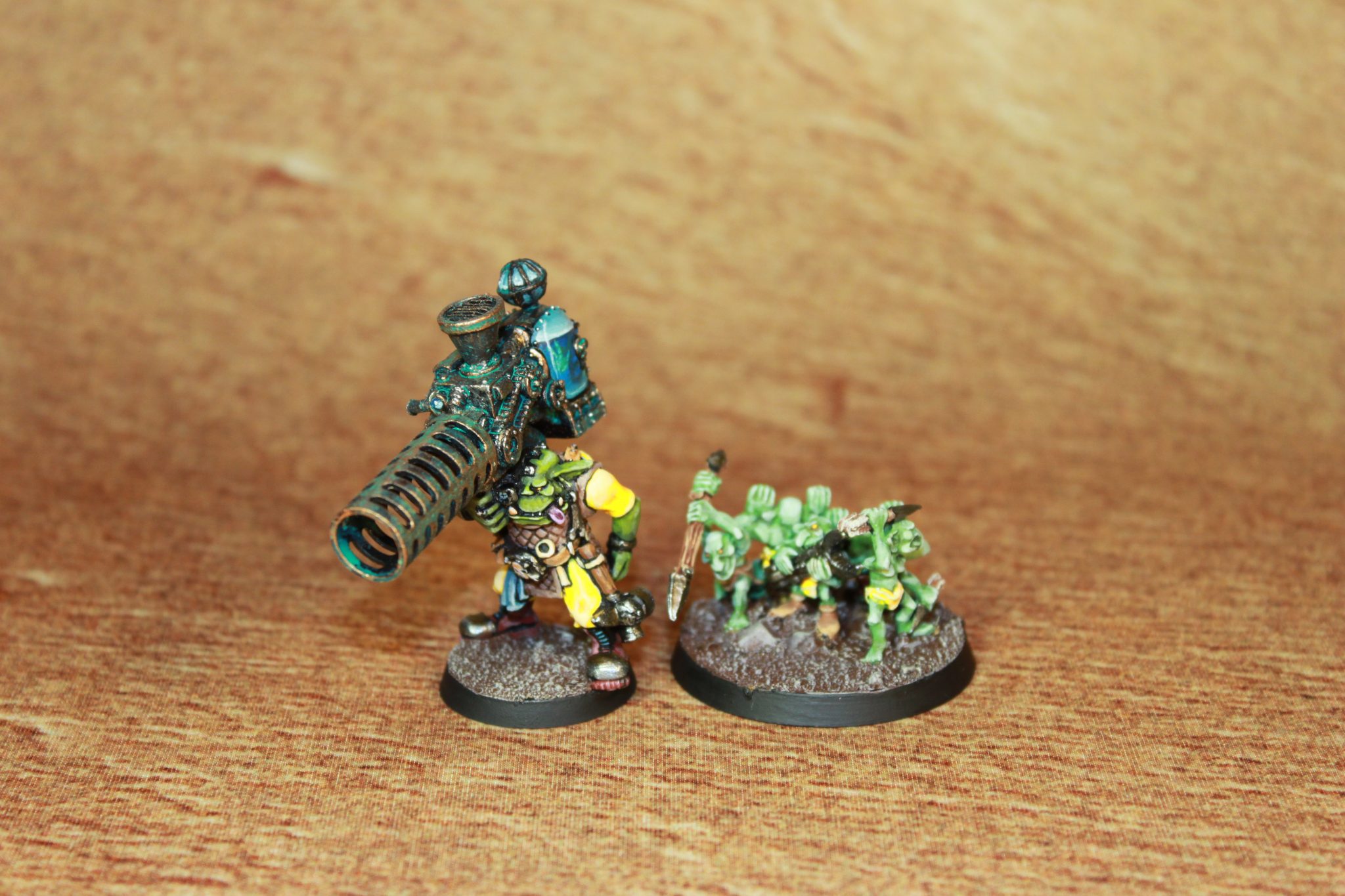 My Bad Moon warband as it stands today… it needs a Boss! 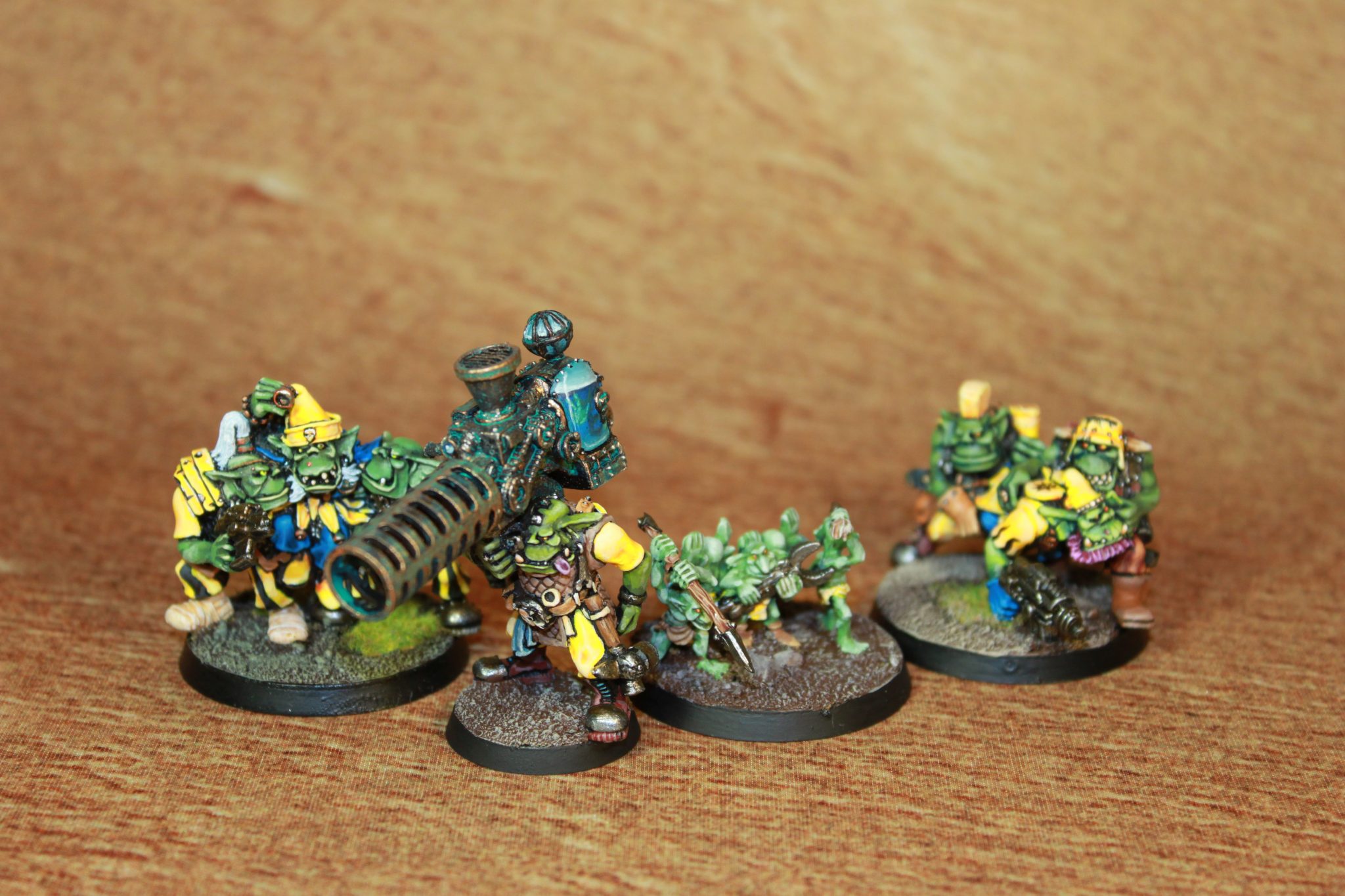