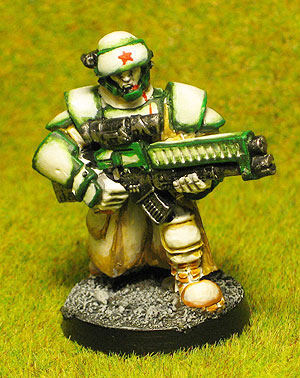 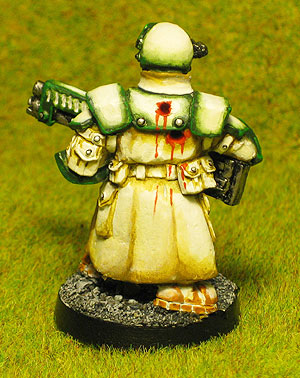 At Golden Growler UK 2001 we were fortunate enough to get a blister with three prototype VOR minis: A Golem (the only Golem mini as far as I know), an old version Union soldier and an old version of a Vanguard. The Vanguard mini is somewhat bulkier than the later Vanguard minis making him the perfect mini to use as Yuri Alibek, the Great Bear.

All I needed was to drill a hole in his back (where he was shot) and paint him in ghostly colours, white with highlights of the real colour he would have had. 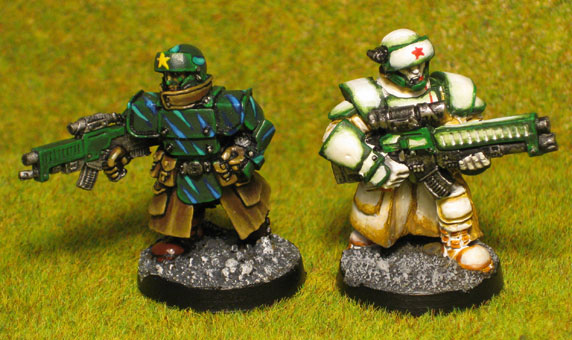