I started these Arcadia Quest Orcs way before Kingdom Death: Monster arrived, so the fact I haven’t finished them before now, I cannot blame on KDM.

However, I didn’t find them particularly inspiring to paint. Not that I don’t like the minis, but their rough skin and armour makes them hards to paint and highlight essentially making them more trouble than they are worth… similar to the Frog Knights and Billmen from Super Dungeon Explore.

On top of this, I tried priming them green with GW green primer and it led to an Orc skin colour I couldn’t really control so the contrasts became too heavy…. And Orcs are probably the minis I’ve painted the most since I started way back in the 80s so having trouble with Orc skin was really annoying me.

Anyway, at the end of the day I am happy enough with the result and can breathe a sigh of relief and move on to what I really want to paint from the Arcadia Quest core set: EVERYTHING ELSE!

I like how CMON has decided to save on the game by making the Orcs multi-purpose posing either as Orcs or as Orc Captains/Marauders.

However, it did present me with an interesting challenge of how to make them look similar enough to be treated as the same level as well as separate enough to be treated as two distinct levels. In the end, speaking to my partner, we opted for giving the Orc Captains gold swords and shoulder plates as some of thougher enemies, such as the Minotaur and the Beastmen, have golden armour. 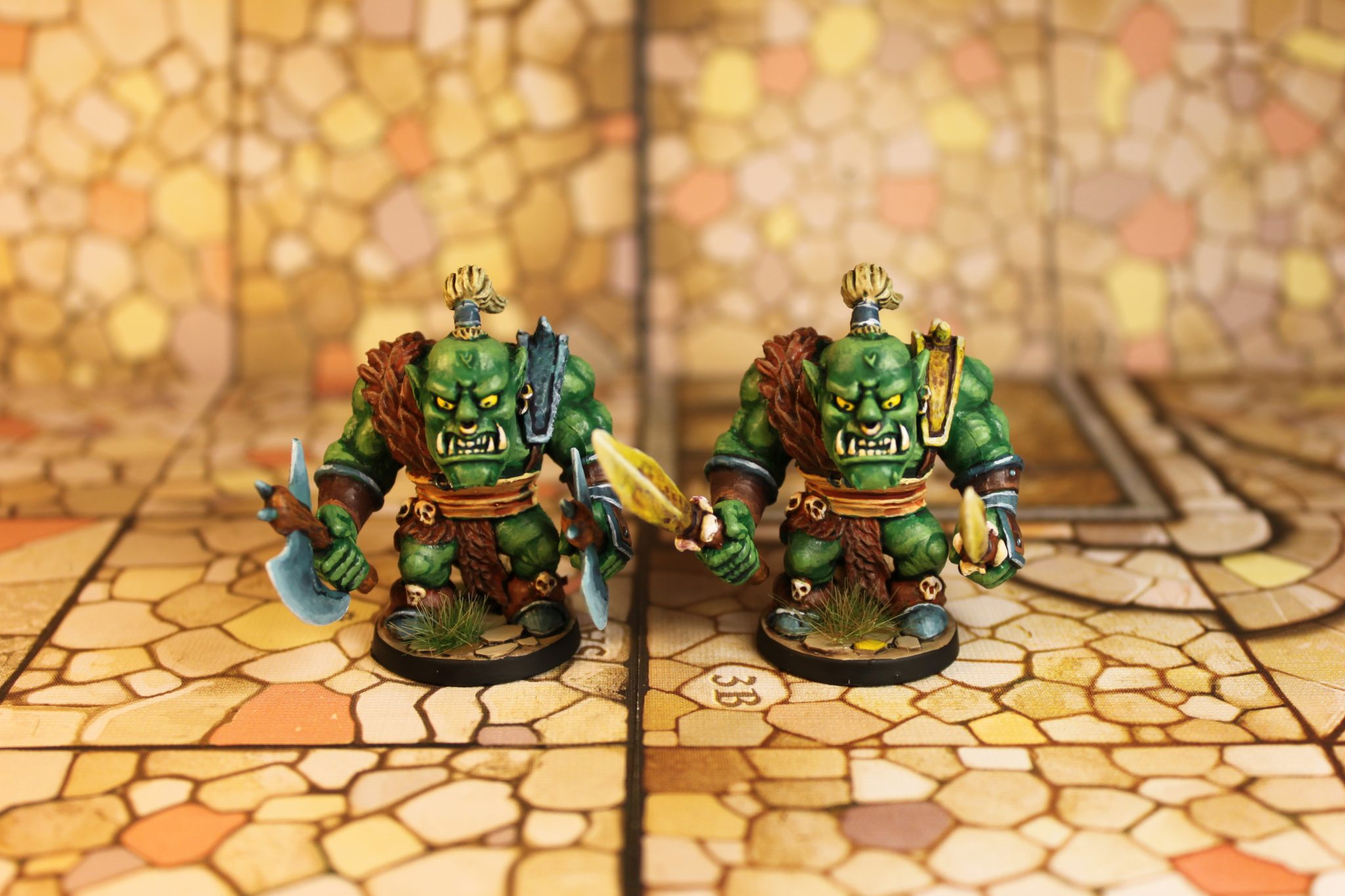 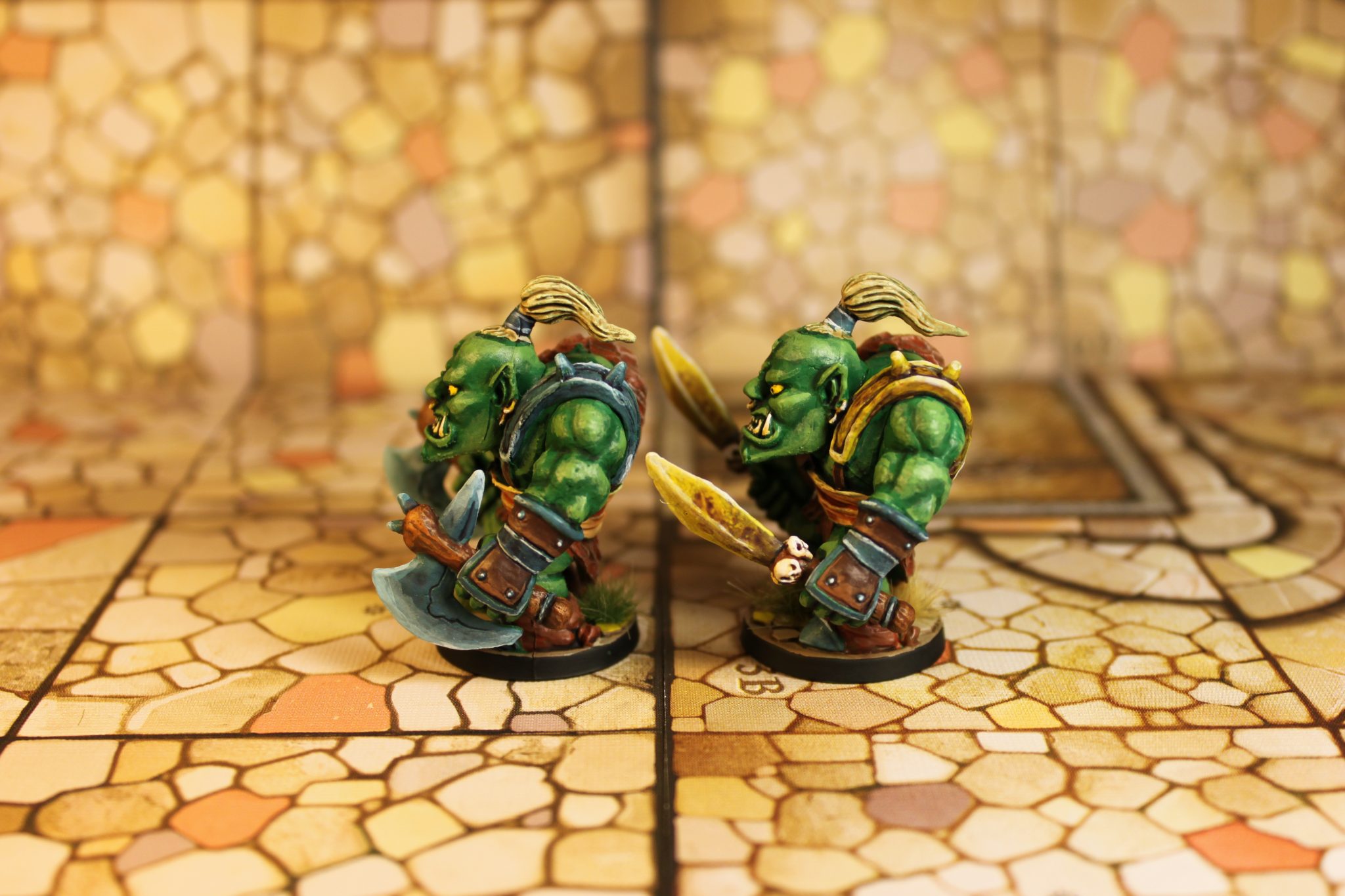 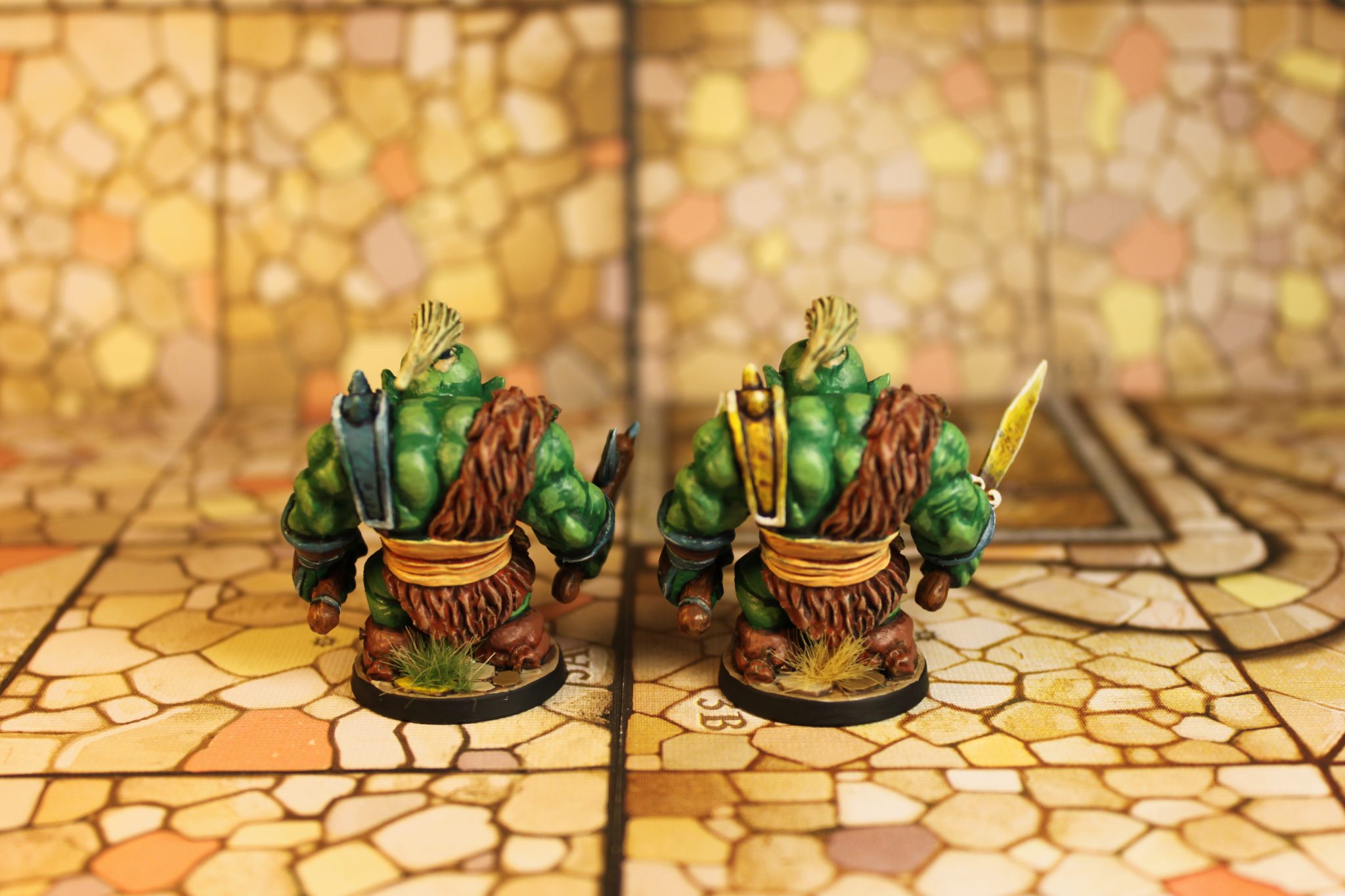 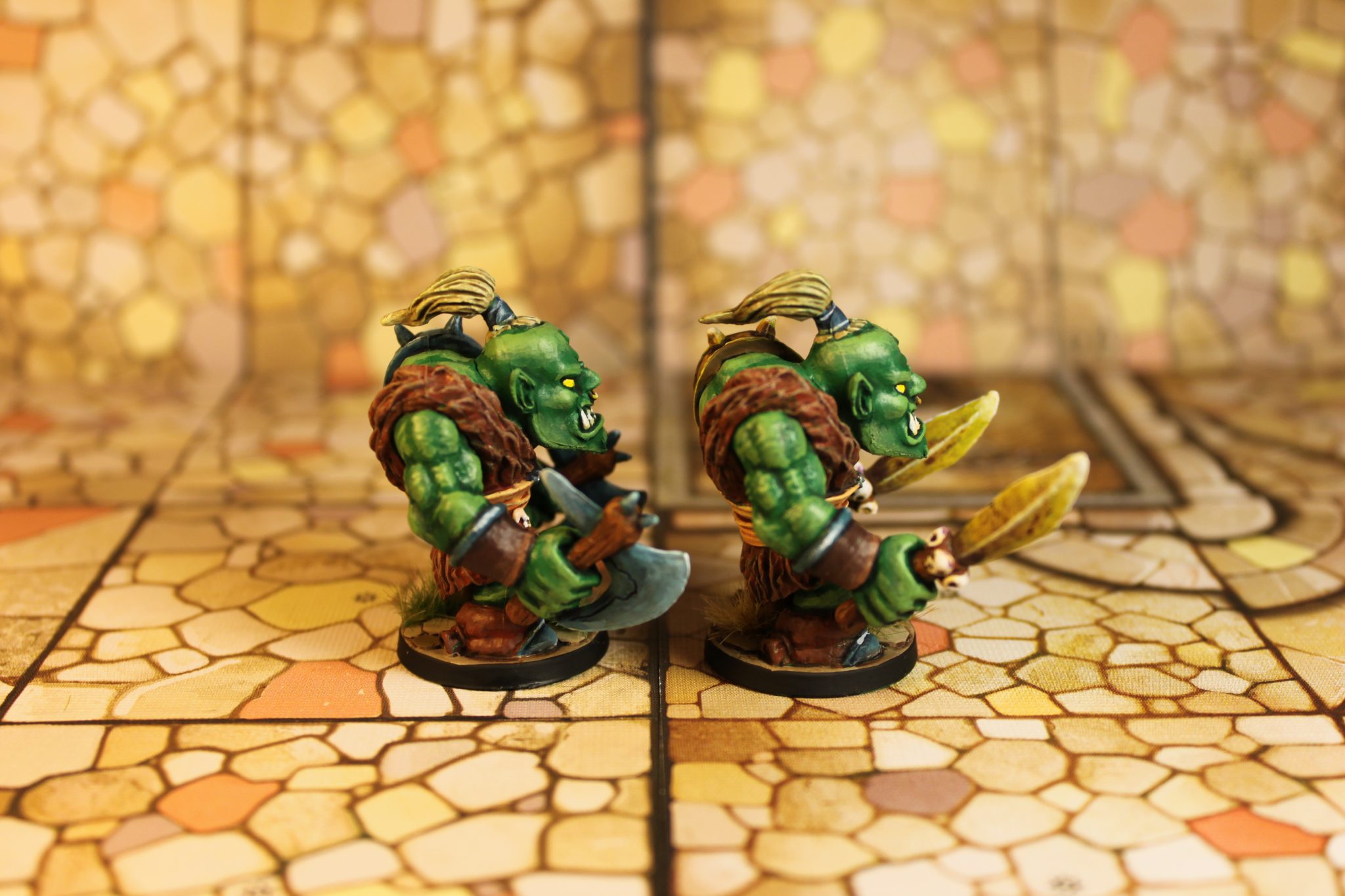 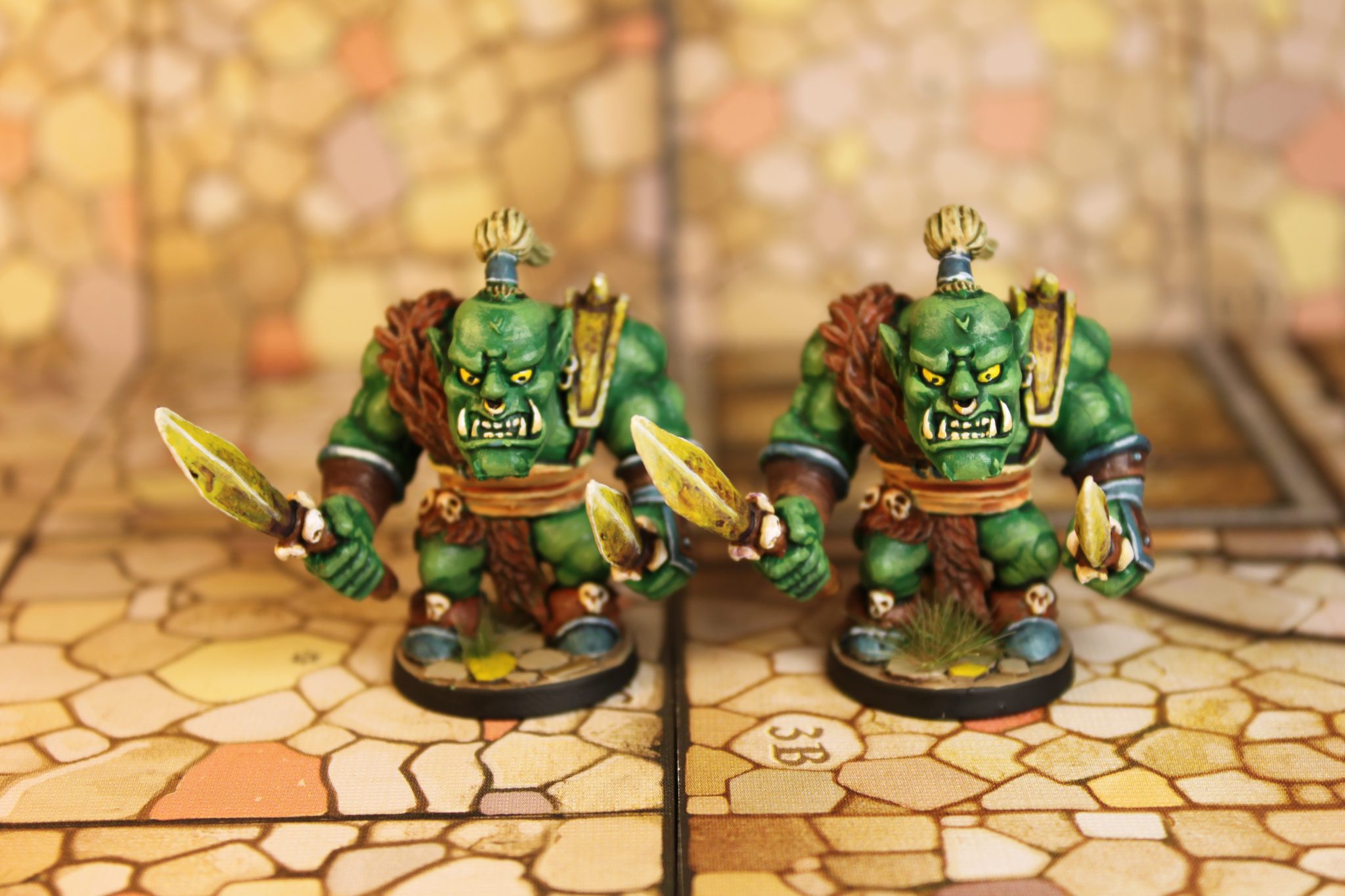 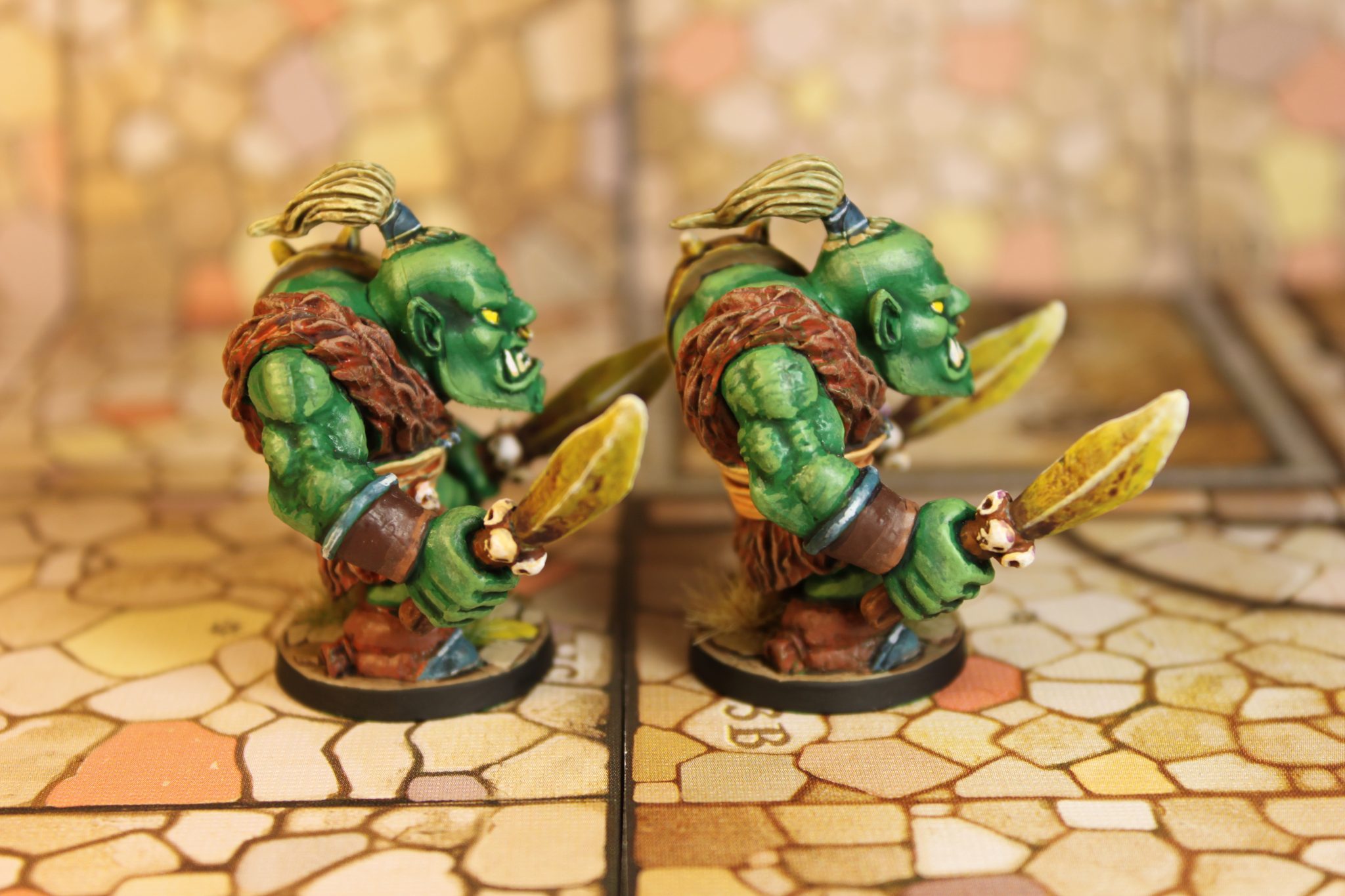 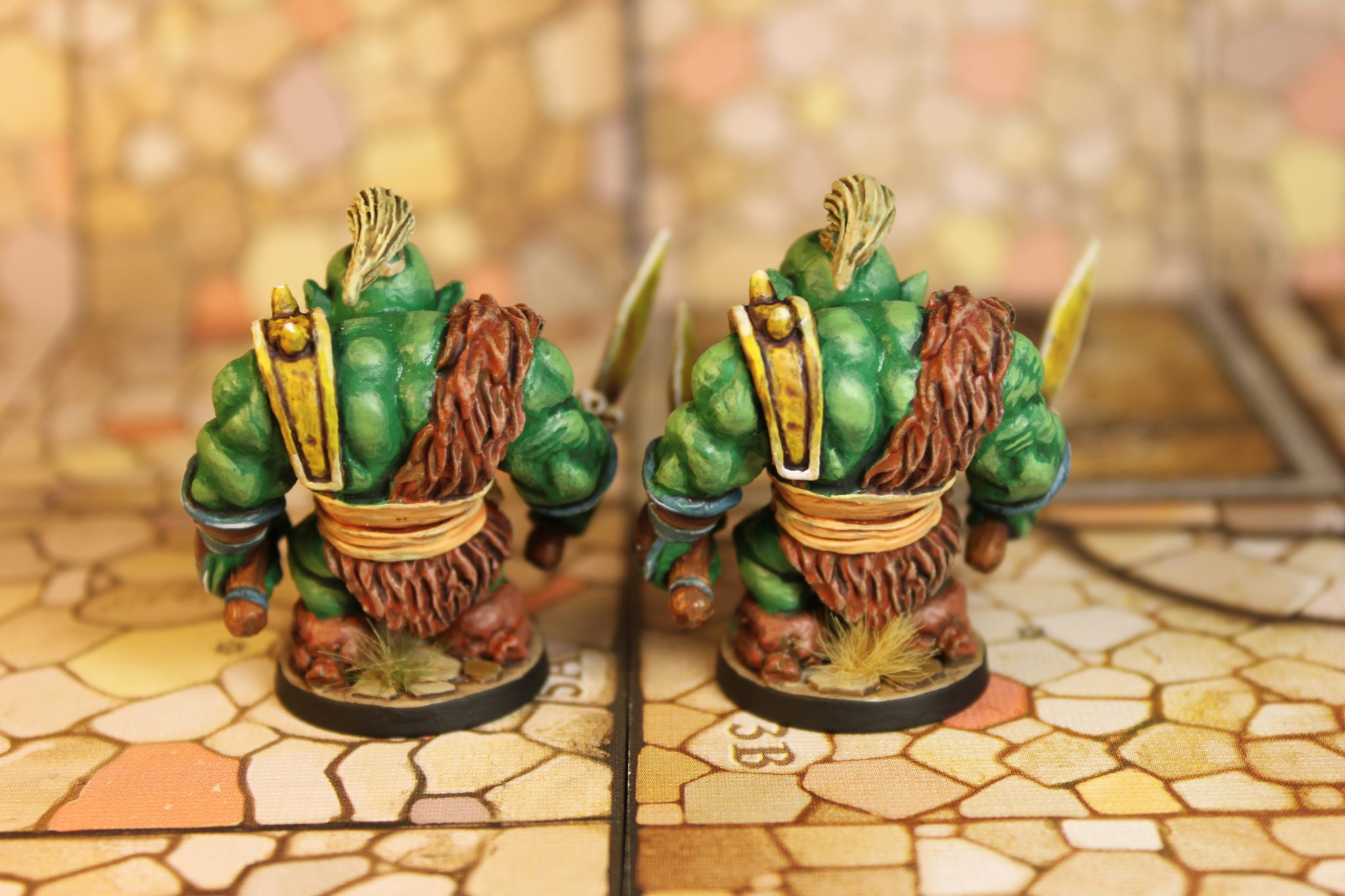 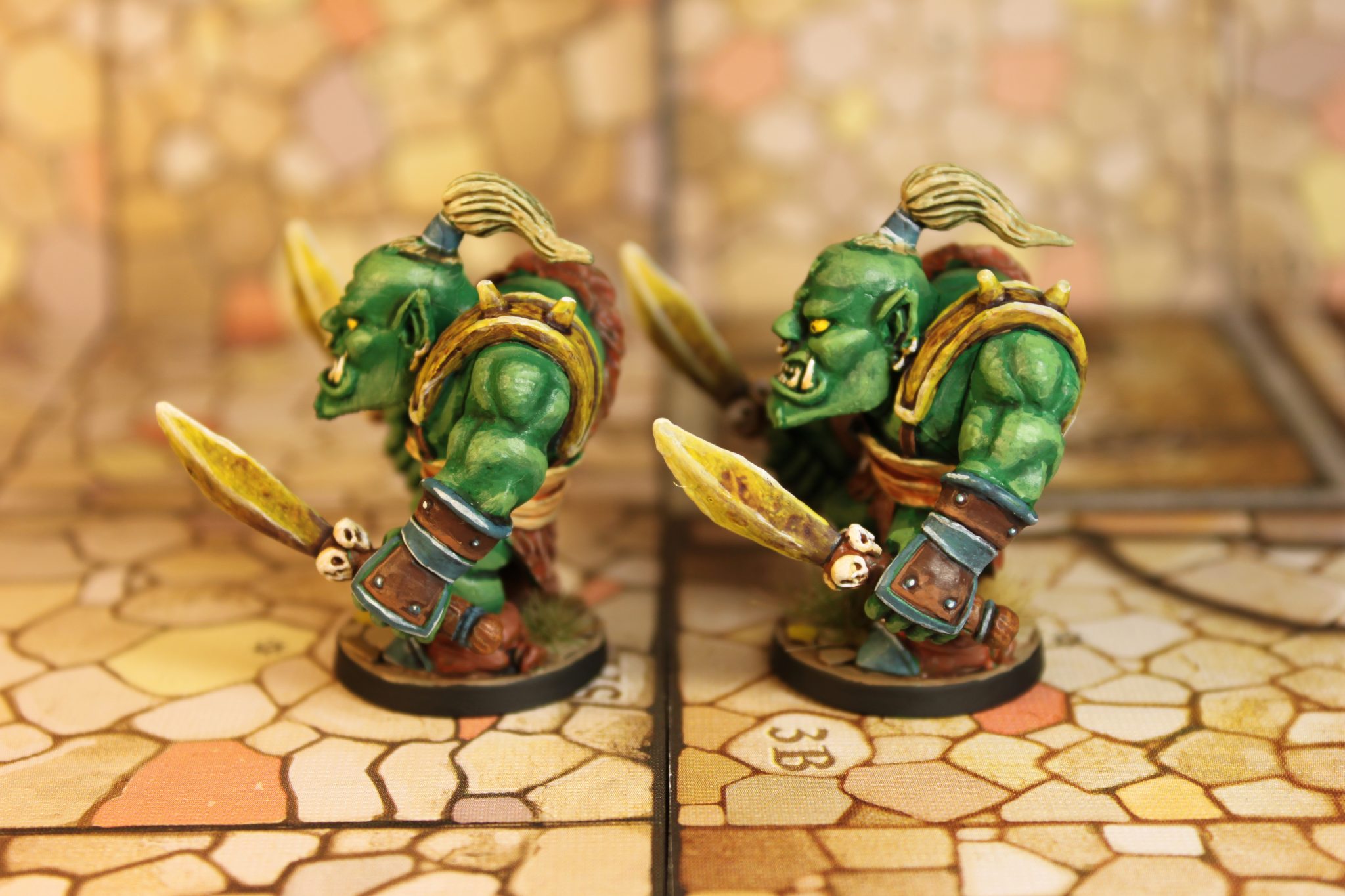 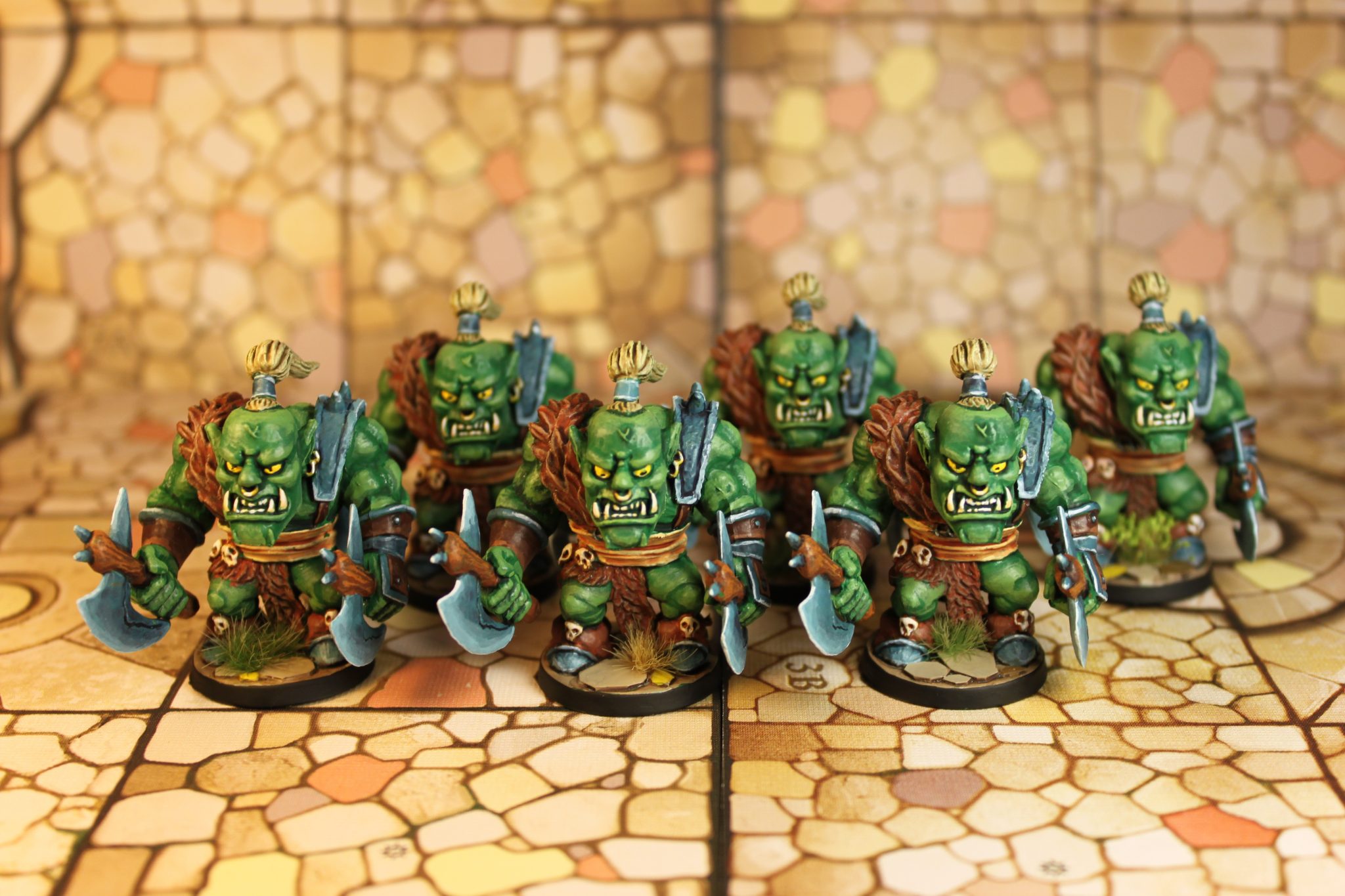 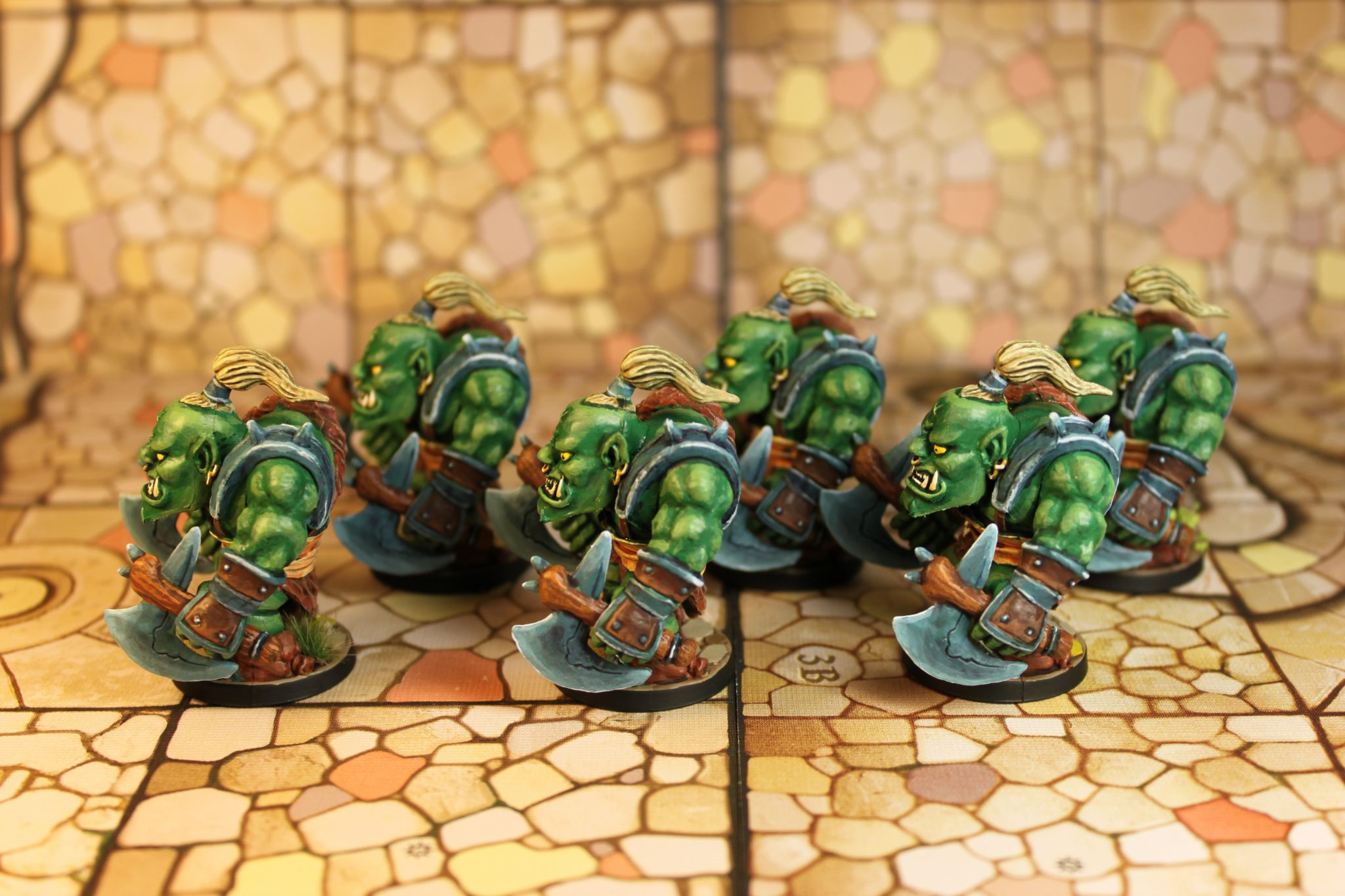 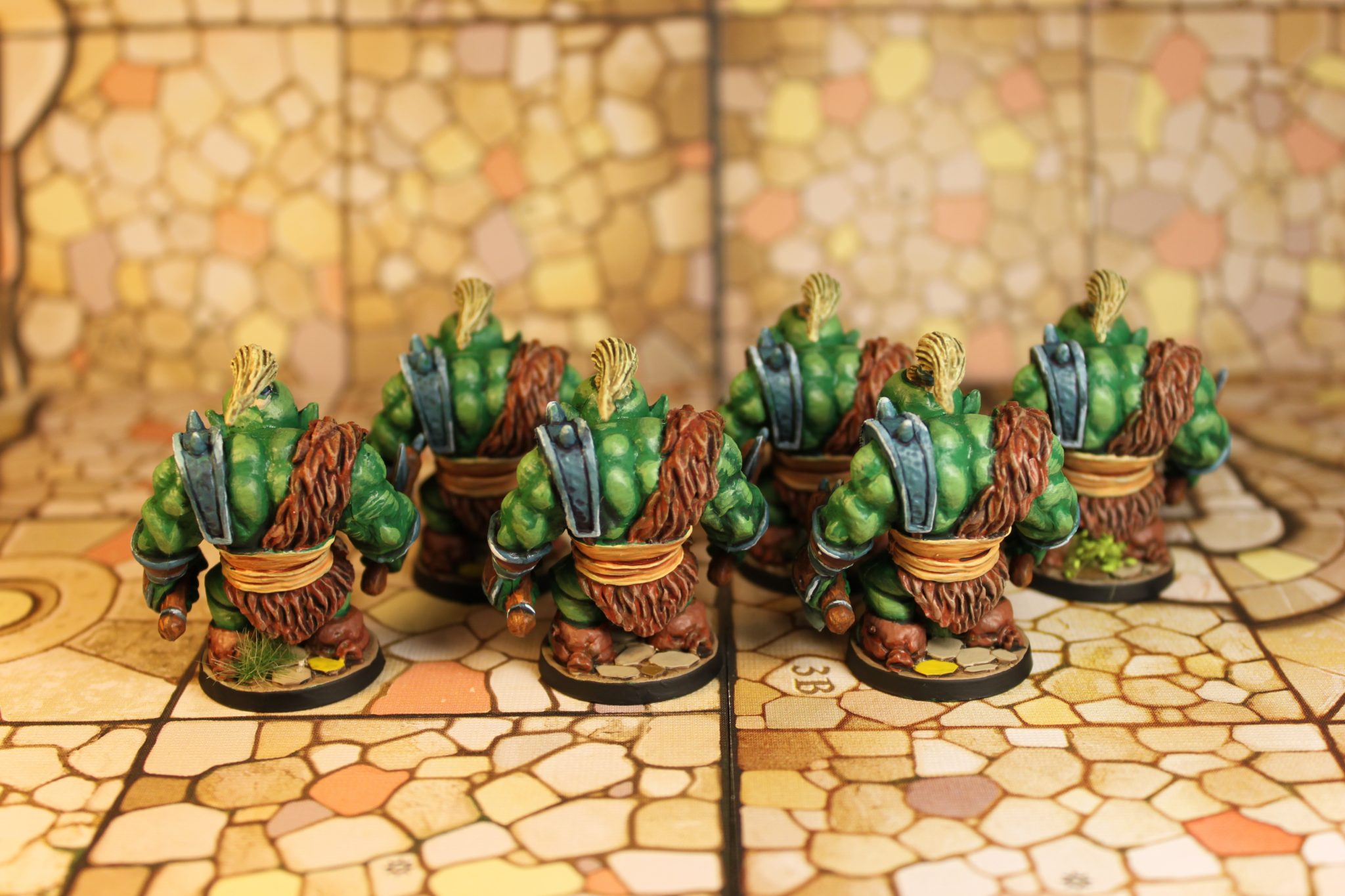 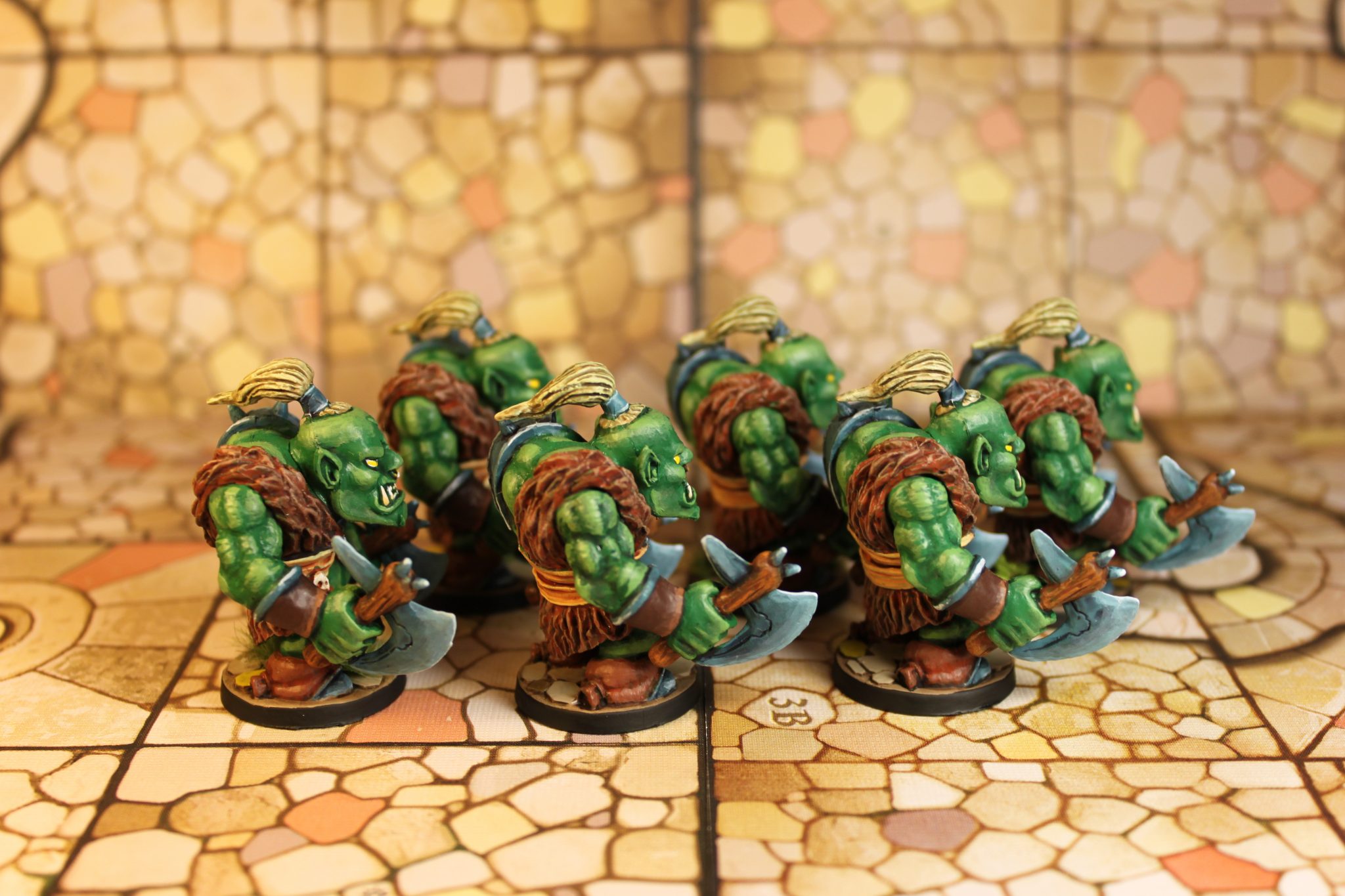