There isn’t much to say here, basically because I have forgotten these games since they were last December (almost a year ago).

But here is what I do remember along with some very bad pictures (I need a digital camera). 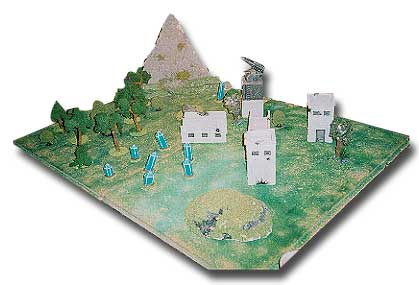 The table was Father Time’s. The most brilliant piece was the grey piece in the furthest away corner.

It is like a piece of mountain and all though it doesn’t do much in game terms (not in these games at least) it gives a very good feel to the board.

Everything on the table made by Father Time except for the five grey pieces of stronghold, whixh I did just before moving to London. They can be put to gether to one big stronghold and was originally made for the stronghold rules found in GW’s alternative rules magazine for 2nd edition Warhammer 40.000.

I don’t have pictues from the first battle against Bonelords but they killed my entire army in less than three turns so there wouldn’t have been many pictures anyweay. 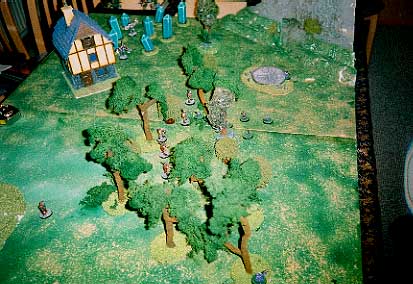 Rad Troops closing in fast on the Smoogs through the forest.

Two Cyclops is just coming around the corner of the house at the top and the Officer is moving towards the forest sure that his Rad Troopers have cleared it for any resistance, 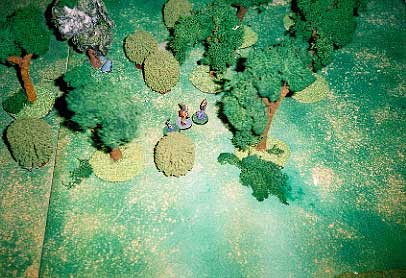 But the enemy has not be exterminated. Instead they proove too much for the Rad Troopers who suddenly are cut down by a storm of shots leaving only three of the original 8. 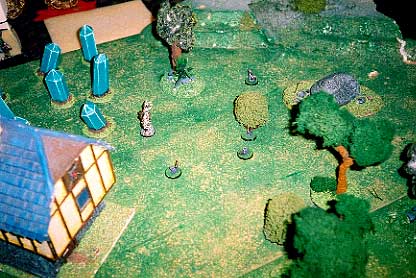 After killing the Rad Troopers and the Officer who tried to save them (to save his ass back in Kremlin ofcourse) the Smoogs move rapidly towards the Cyclops. 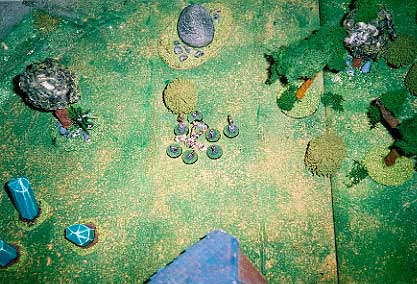 Finally the last Cyclops fall after fiercly have fought many Smoogs in Close Combat. 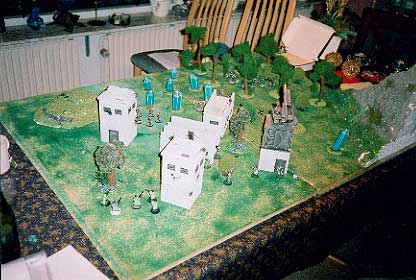 A bit of a weird set up. The Vanguards, the Cyclops and the Officer sets up in the forest while the 5 Rad Troopers set up behid the buildings.

The Cameleons took place behind the buildings. Prepared to shoot whatever comes around the corner 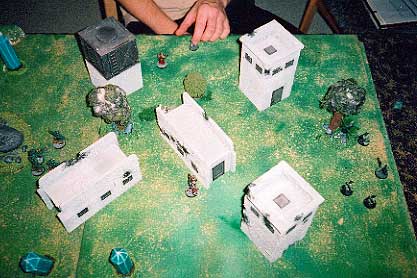 It work out well for the Cameleons to begin with. They easily shot all the Rad Troopers down making the battle diagonal.