DM Notes: This game is using elements from two published dungeons, one being  “Tower of the Time Wizard” by Andrew Harshman, the other being the Upside-down Tower in Descent to Avernus.

Having chased the Abominable Yeti away, our heroes took a breather and looked around in the old ruins that made up part of the Yeti’s cave.

They found a trap door in the floor and Thorga ventured down in the old ruins only to find a group of slow moving skeletons that moved like a movie in slow motion. 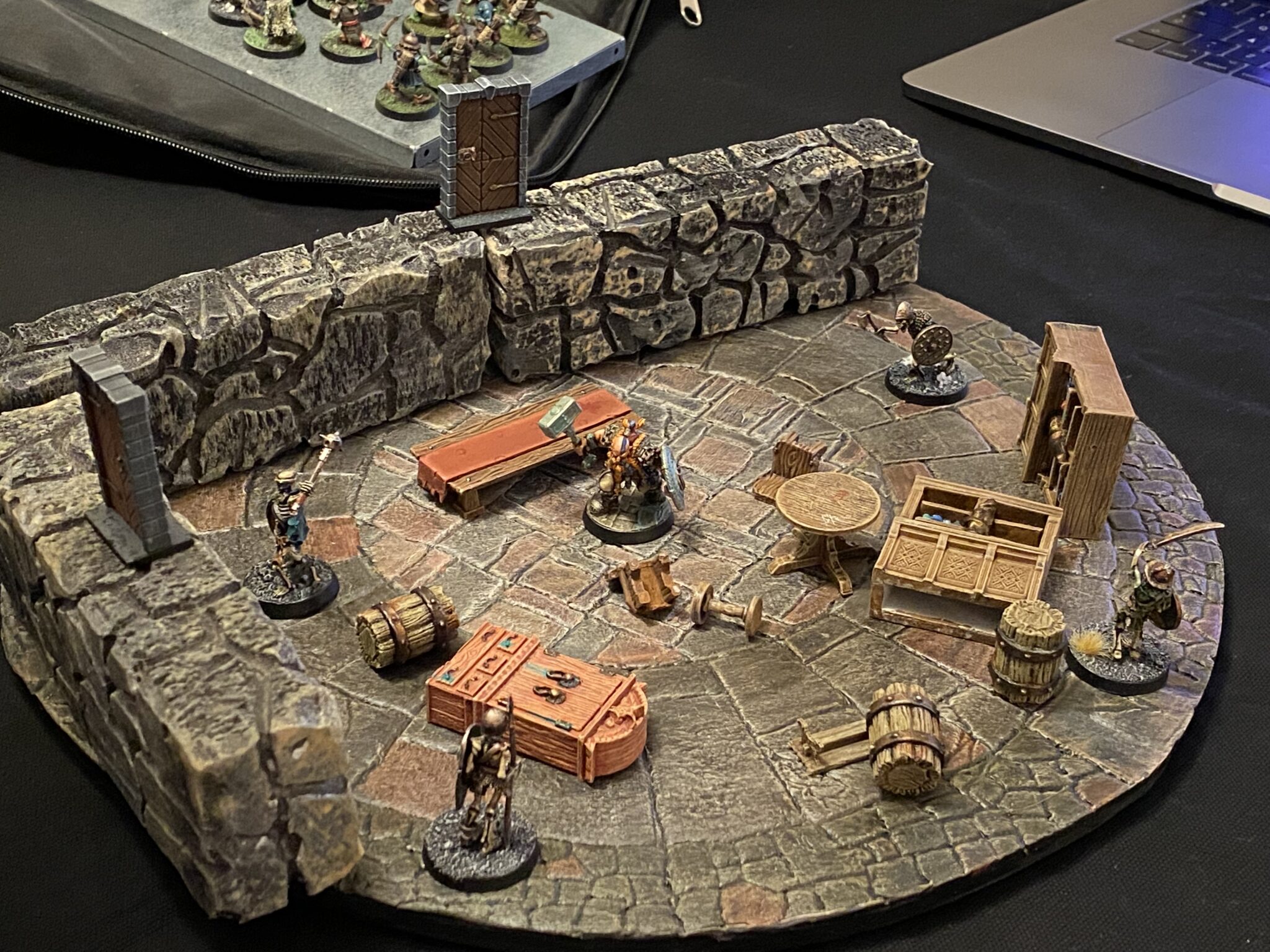 Remaining upstairs, Kaari and Seipora watched as Thorga’s movements sped up to what looked like a movie on fast forward.

In the end they joined Thorga and made short process of the slow-mo skeletons. 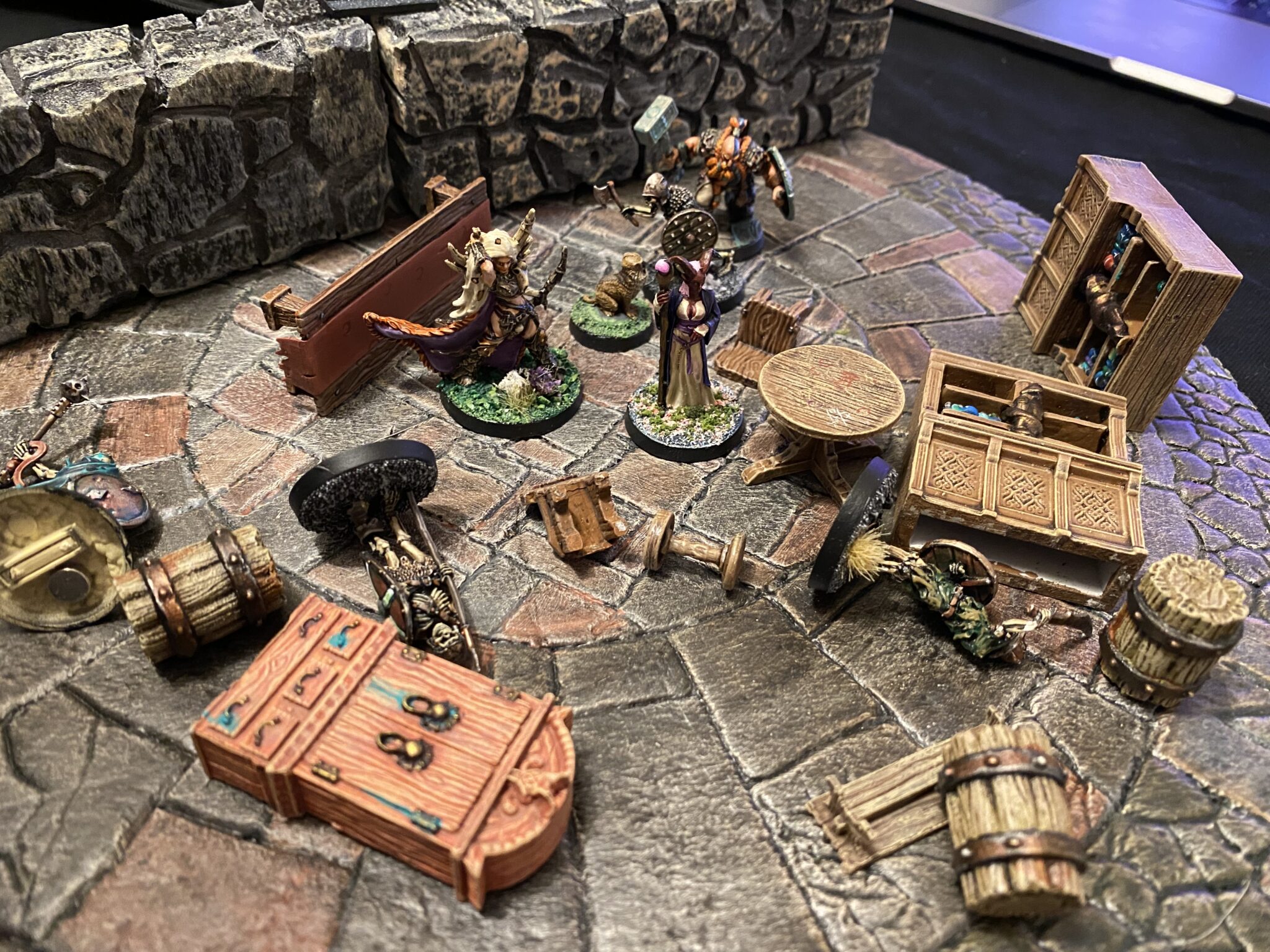 As they investigated the floor they were on, they realised the room was the lobby of a towner, but up side down. They had effectively come from the basement to the lobby.

They also found a chest bolted to the ceiling (what was really the floor) and here they found a few potions.

The heroes concluded the tower must have been some type of location for scholars, a library maybe, given the furniture and old books and bottles found all over the room.

They found a way down to the next level… which was the first floor of the upside down tower.

One level down to first floor 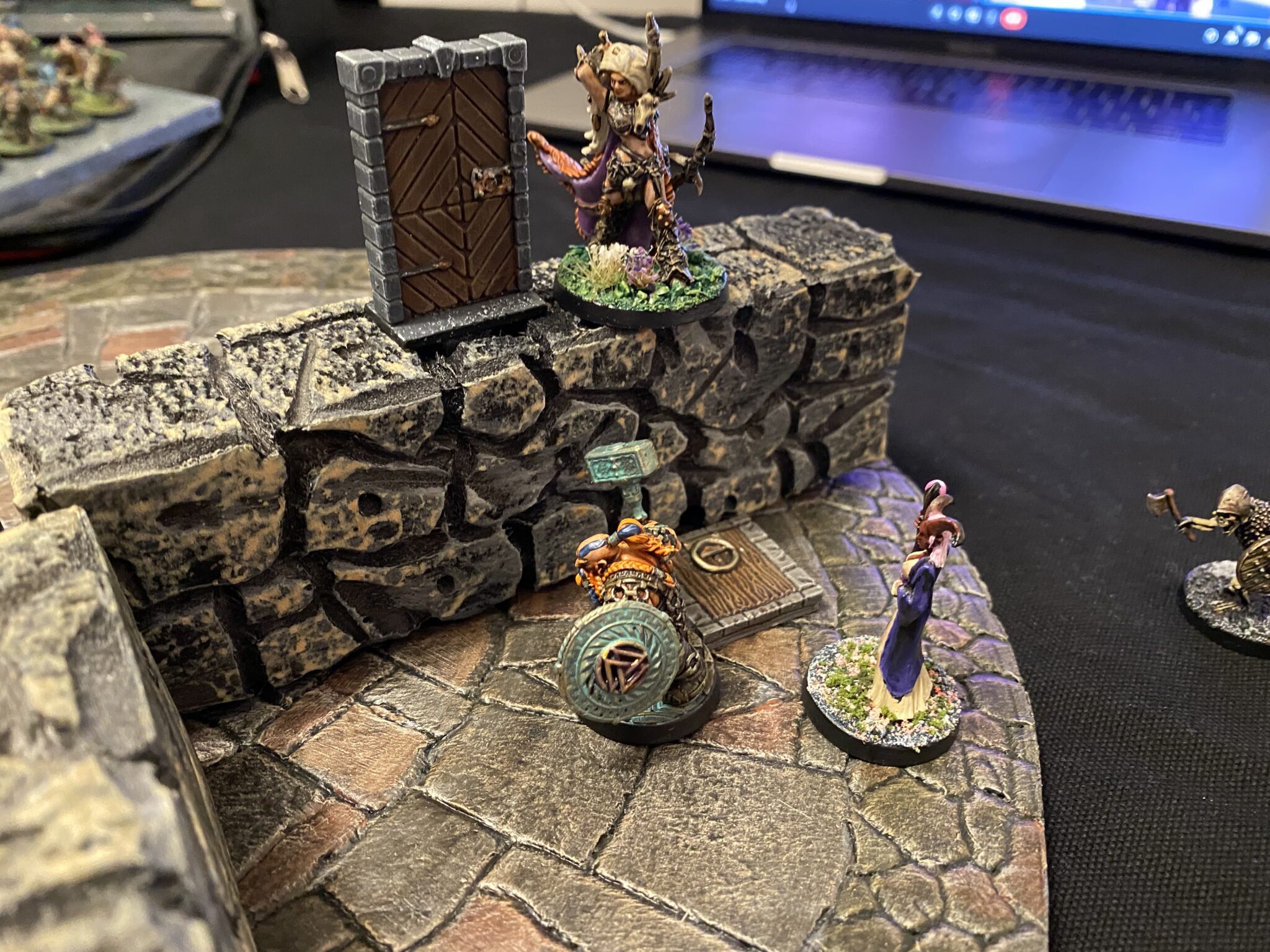 On the first floor, the party were ambushed by skeletons moving at fast forward speed. Furthermore, the room was totally silent. No sounds came from anything or anyone making the fight unsettling.

The heroes still emerged victorious and found a frozen statue of a woman holding up a finger in a hush gesture. On the statue they found a small lever and as they pulled it, the Silence spell on the room disappeared. 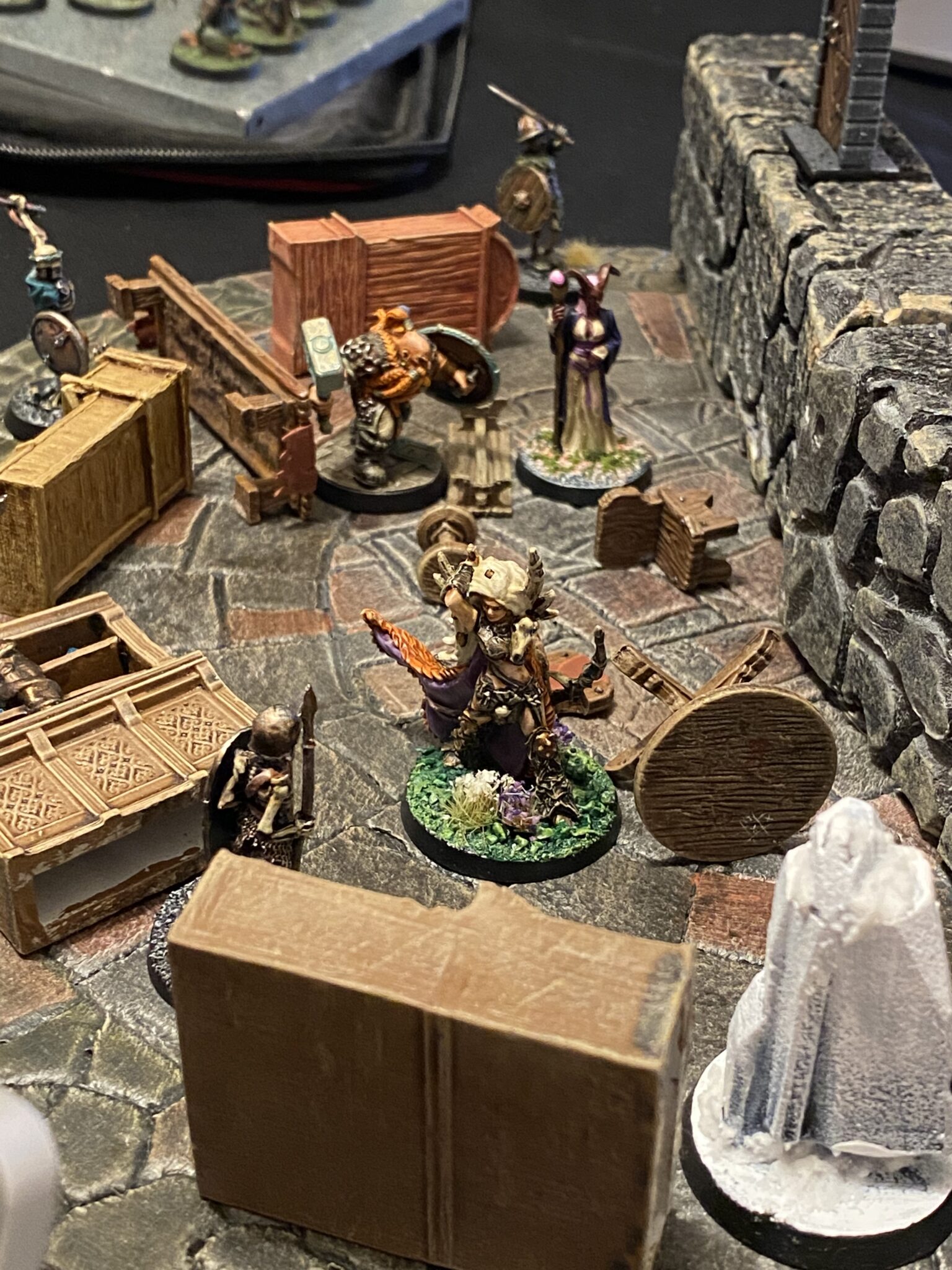 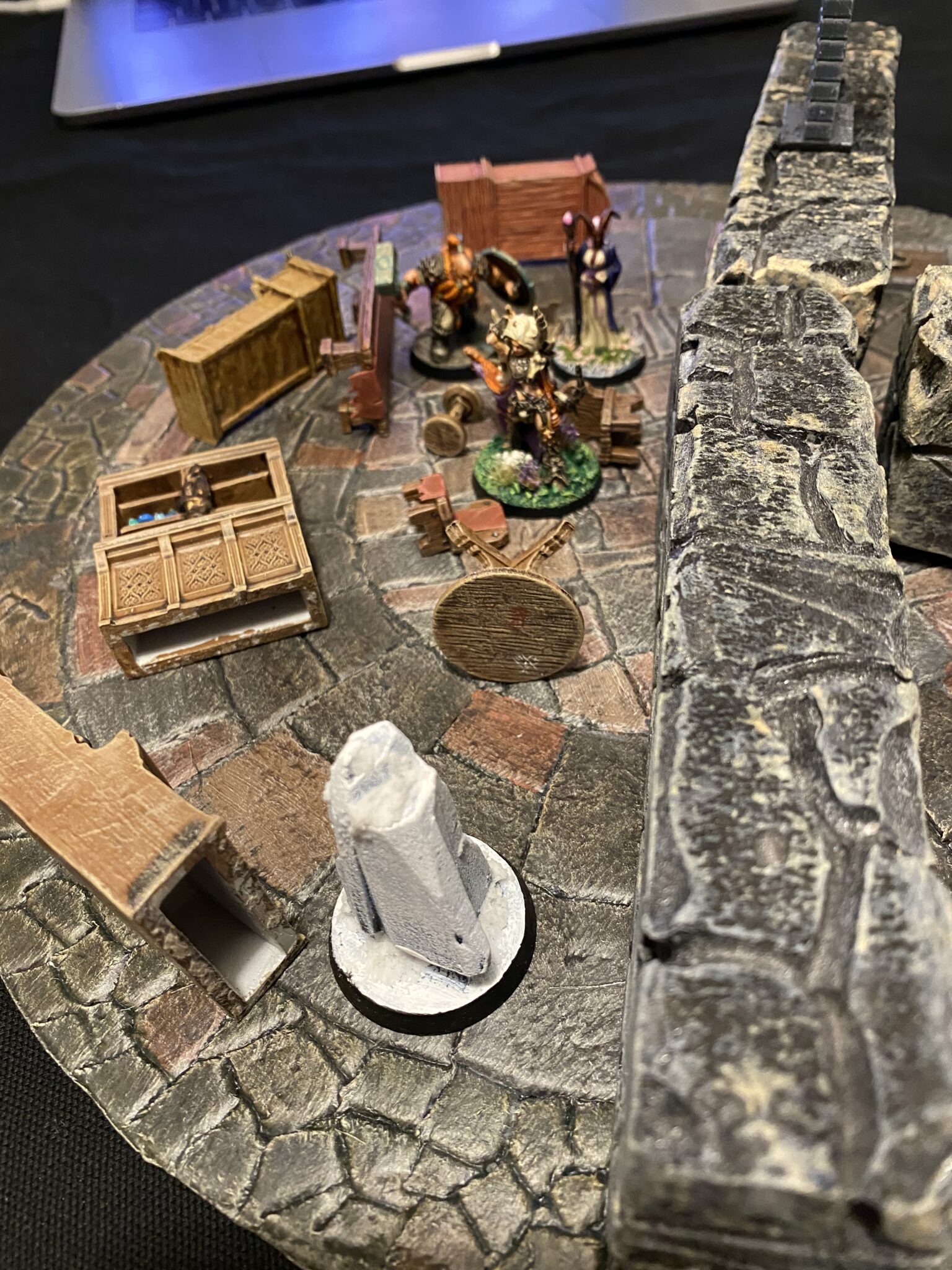 This would have been a reading room with enforced quite place upon it to keep students from chatting.

On this floor they also found a small office and as Kaari looked around the papers in the desk, she felt a key she couldn’t see. As she flipped the invisible key in her hand, it turned out that flipped over, it was visible. So one side of the key invisible and the other visible. 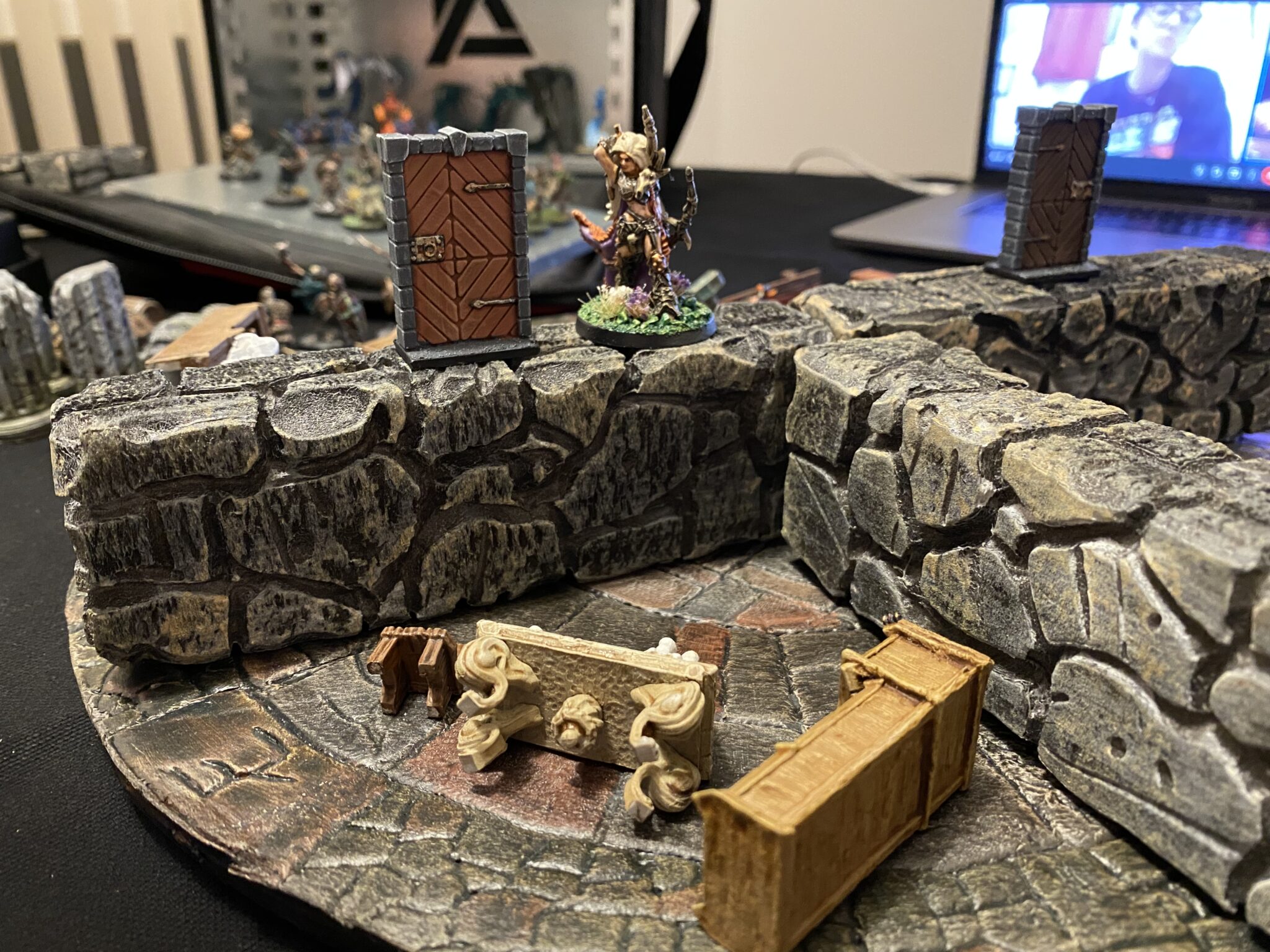 Two level down to second floor

The players arrived on second floor that happened to look the right way up. It was a private study, with a number of important items: 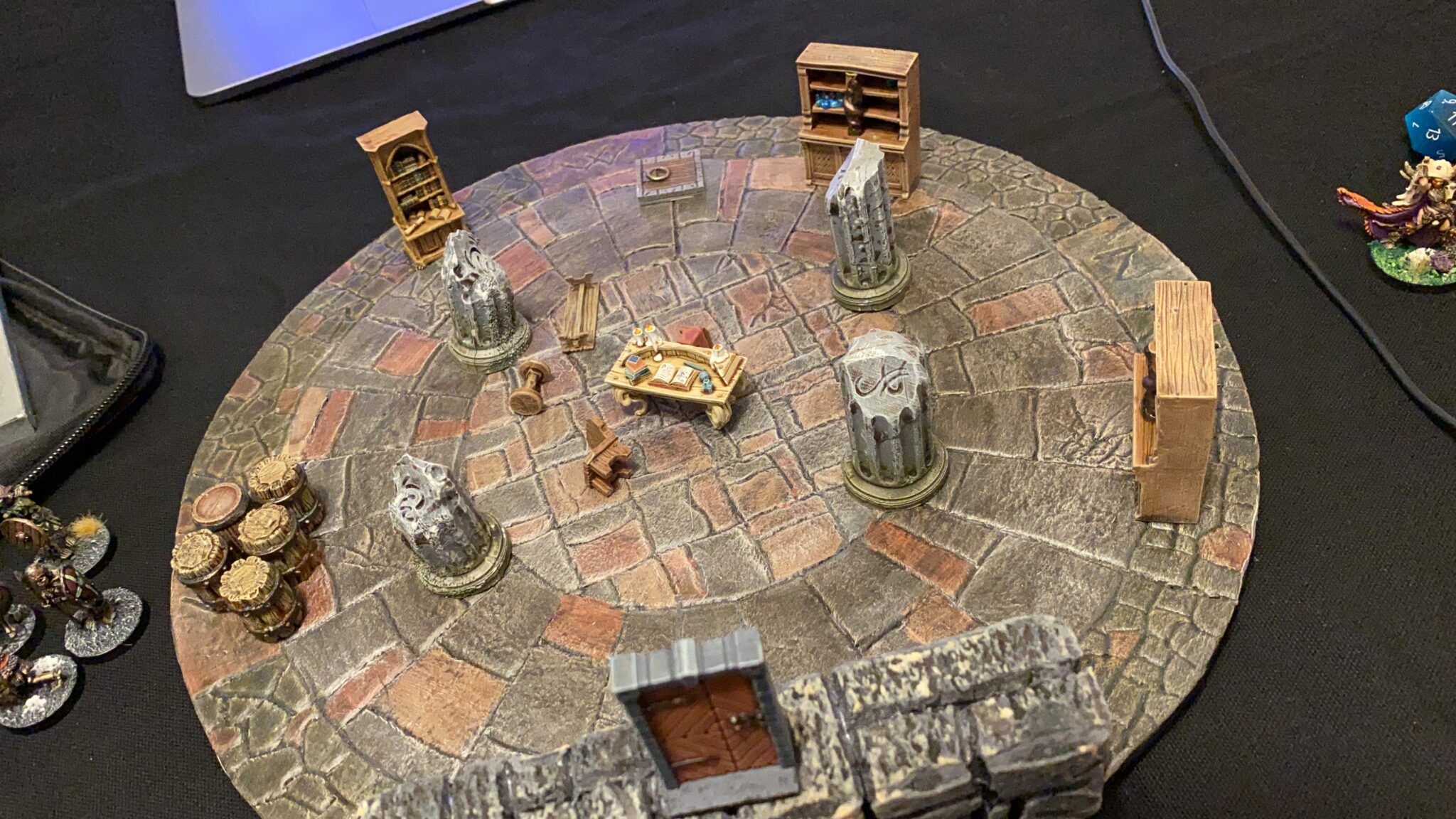 As the heroes entered, the ground shook throwing Thorga to the floor, the ceiling caught fire effectively preventing them from leaving the way they came.

The confused heroes started looking around as the heat from the fire caused the glass orb to explode in a blinding light, blinding Seipora and Kaari.

Thorga had been in cover from one of the pillars so while Kaari started restoring her and Seipora’s eye sight, Thorga investigated the pillars for any mechanism to help them somehow noting that glass bottles and barrels were starting to overheat. 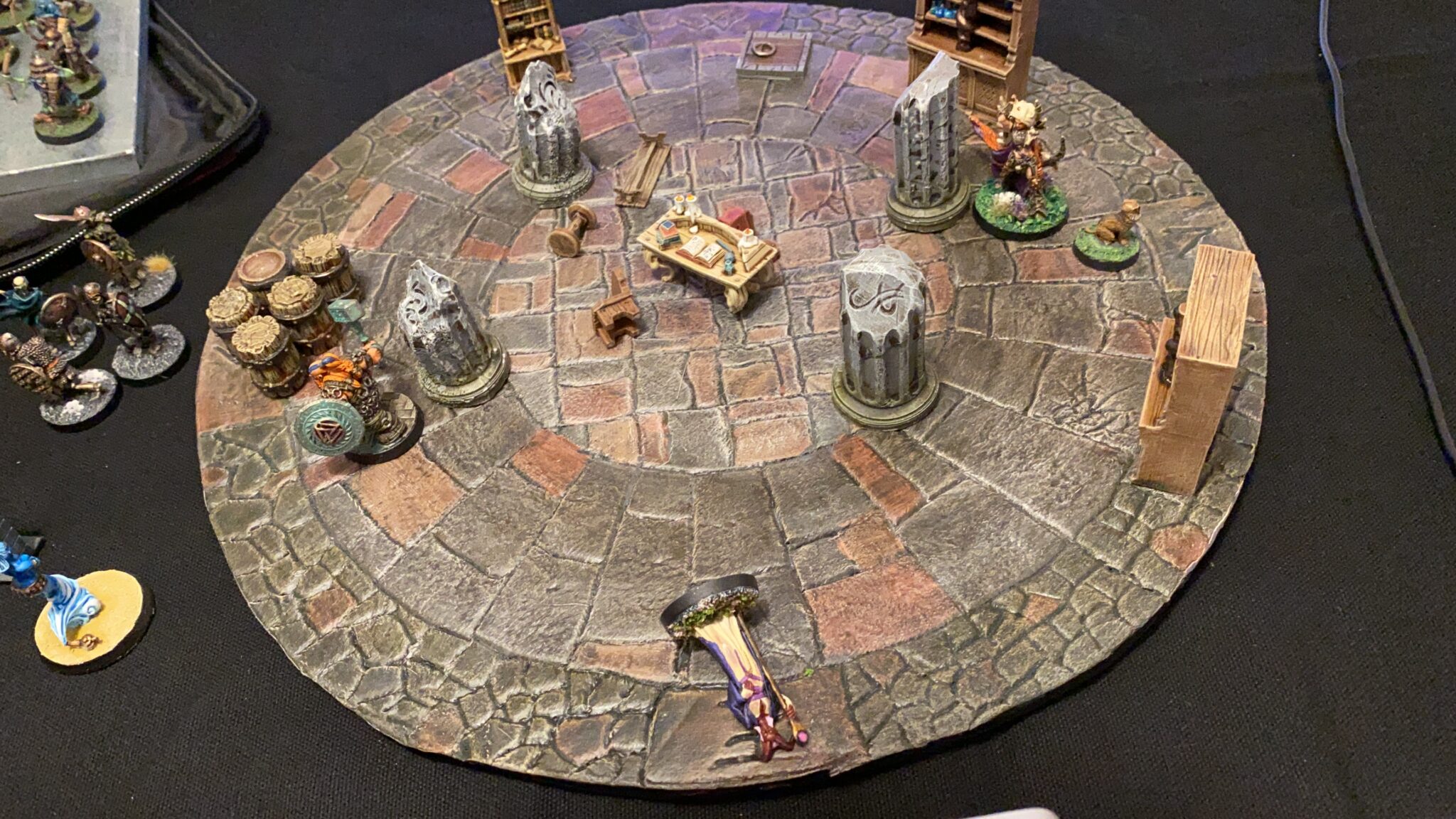 The heating overheated the bottles which explored causing a lot of damage and before the heroes could gather themselves, the barrels exploded killing all three of them!

But then something odd happened, the players found themselves back in time entering the floor again to repeat the scene all over, but this time they managed to use their cunning to escape the odd experience. 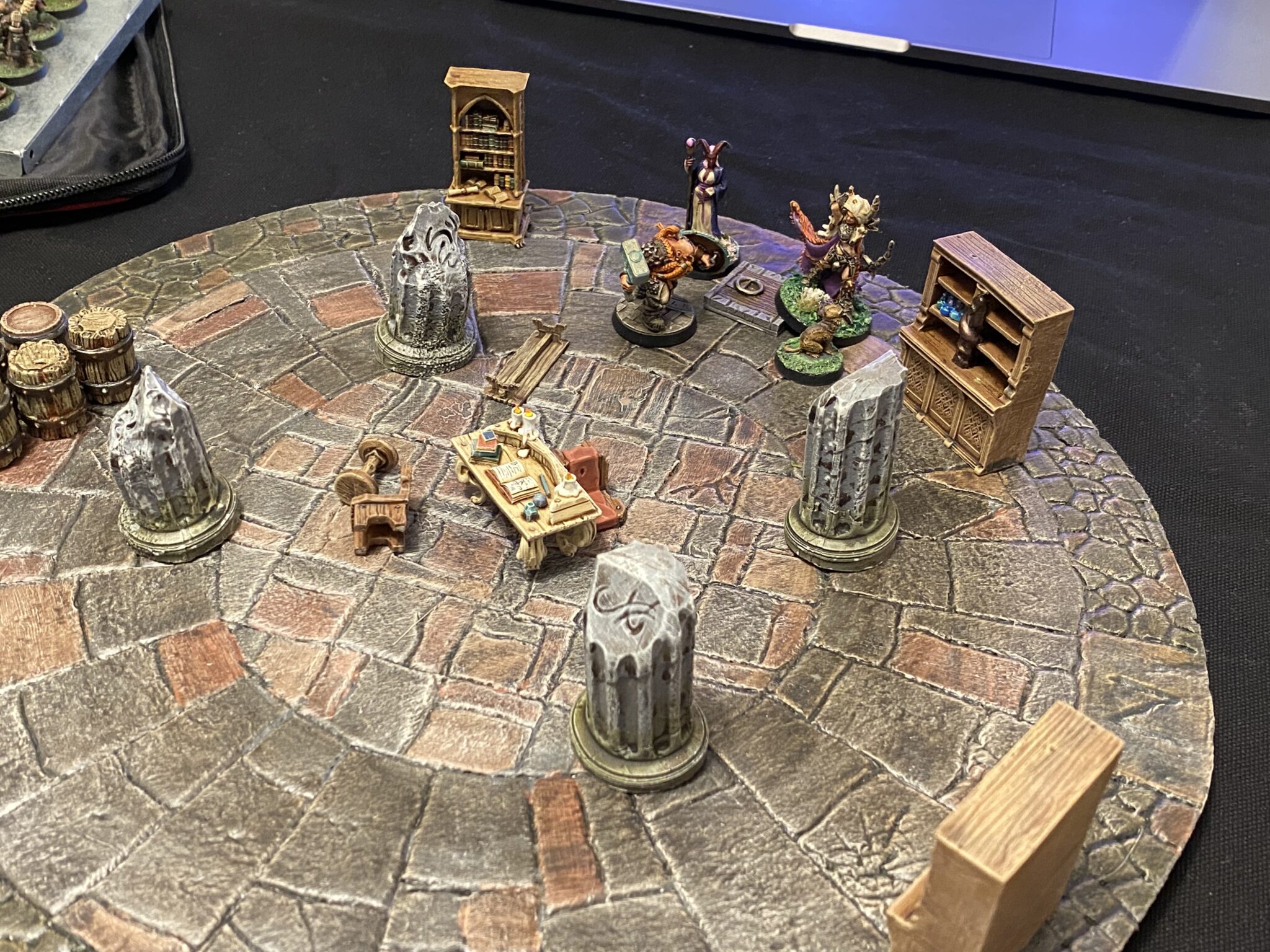 Three level down to third floor

As the players fell head first down to the third floor, they immediately spotted a mighty Frost Giant that seemed frozen in time, moving in a repetitive motion as a record stuck.

Suddenly, the Frost Giant stodd in front of them, like it had moved with lightning speed or had been teleported and swung its mighty axe just over their heads barely missing them…