Returning to Dungeons & Dragons and roleplaying games in general after a 20 year break, there are lots of new things in the hobby: Critical Role, remote playing, online communities etc, but even at the table things have changed, namely people love taking photos!

I find it super cool that my players like taking photos of the different terrain sets and encounters I throw at them. As such, I am more and more making set pieces rather than dungeon tiles stile elements.

I think it was a Professor Dungeon Master video where he talked about theatre of the mind and how real life theatres have backdrops to present a certain mood.

This gave me the idea to create a DM screen that acts as a backdrop for my players photos. And since our new campaign will primarily take place in the town of Daisygate (or in the Feywild), I decided to make a cityscape DM screen.

I am quite happy with the result and can’t wait to to the Feywild counterpart.

First some photos of the finished result, followed by WIP photos from day 1. 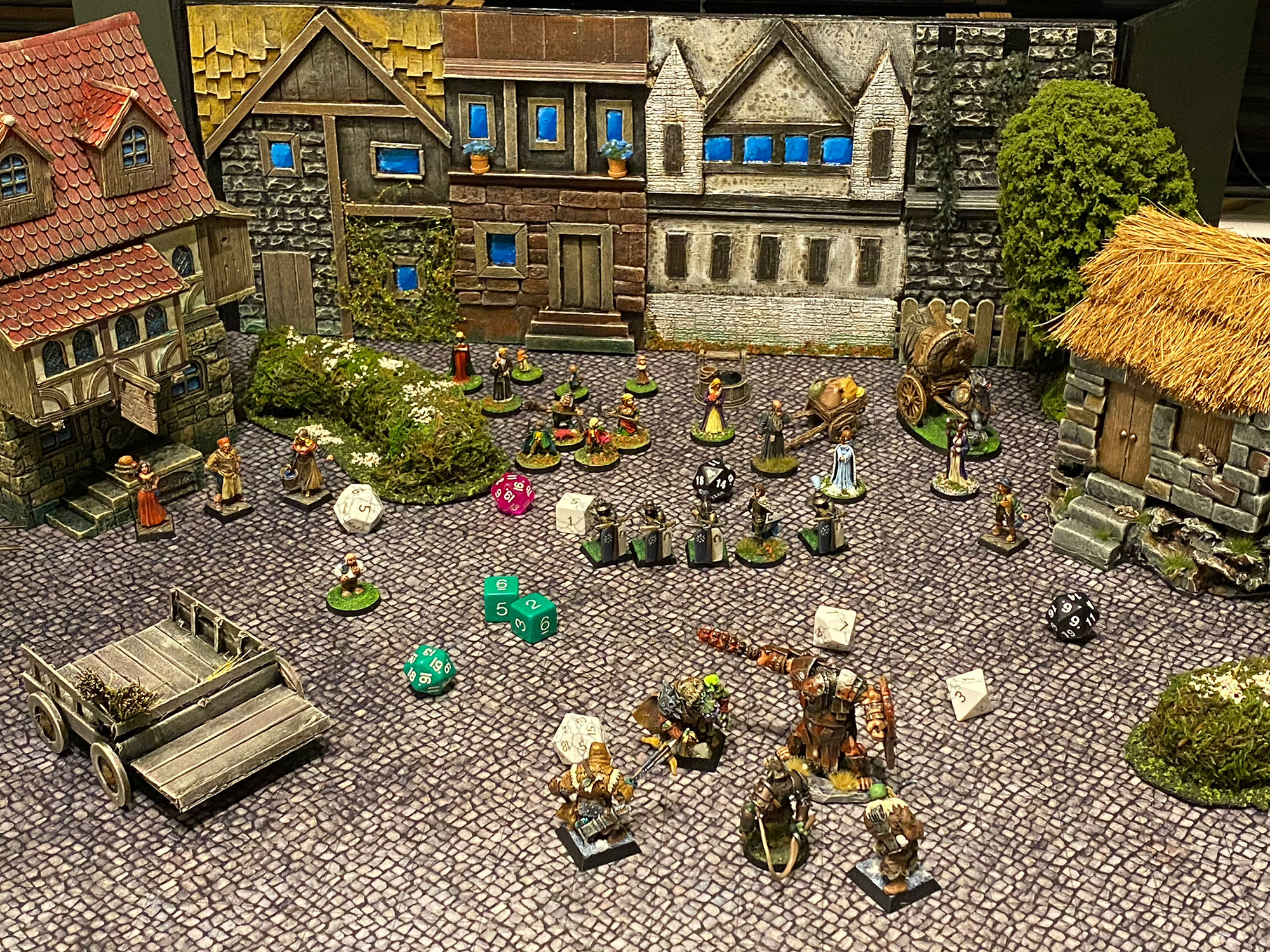 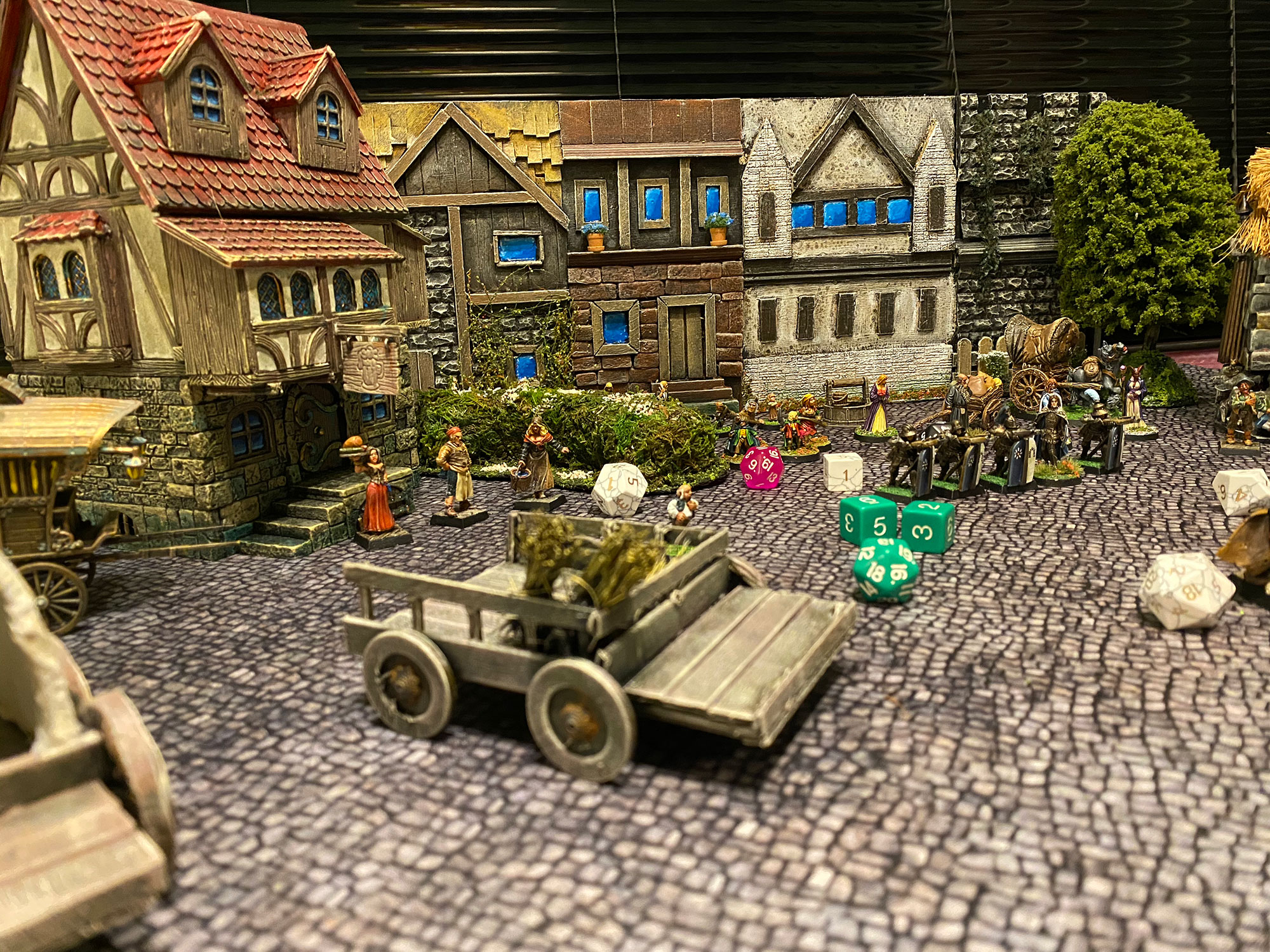 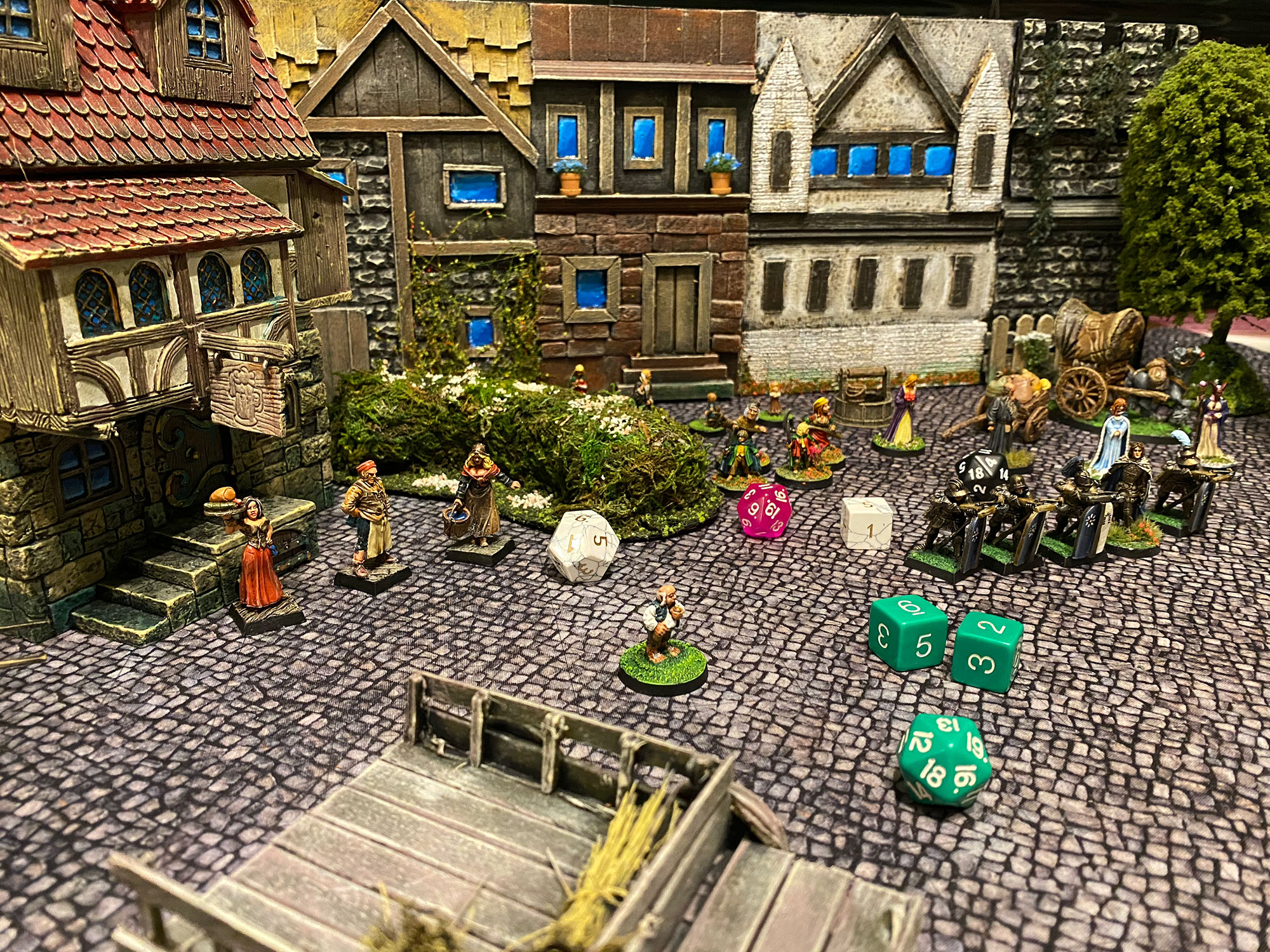 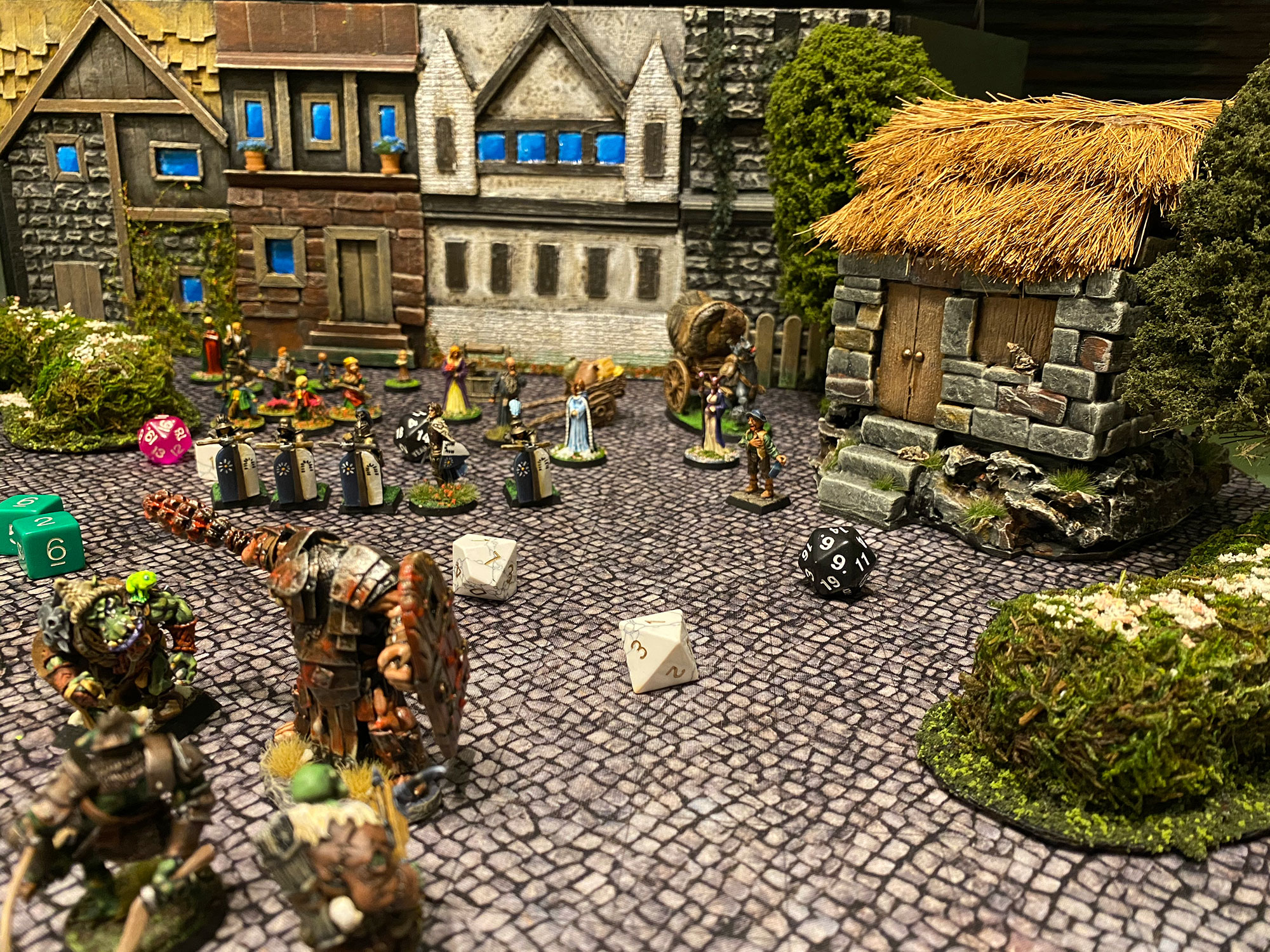 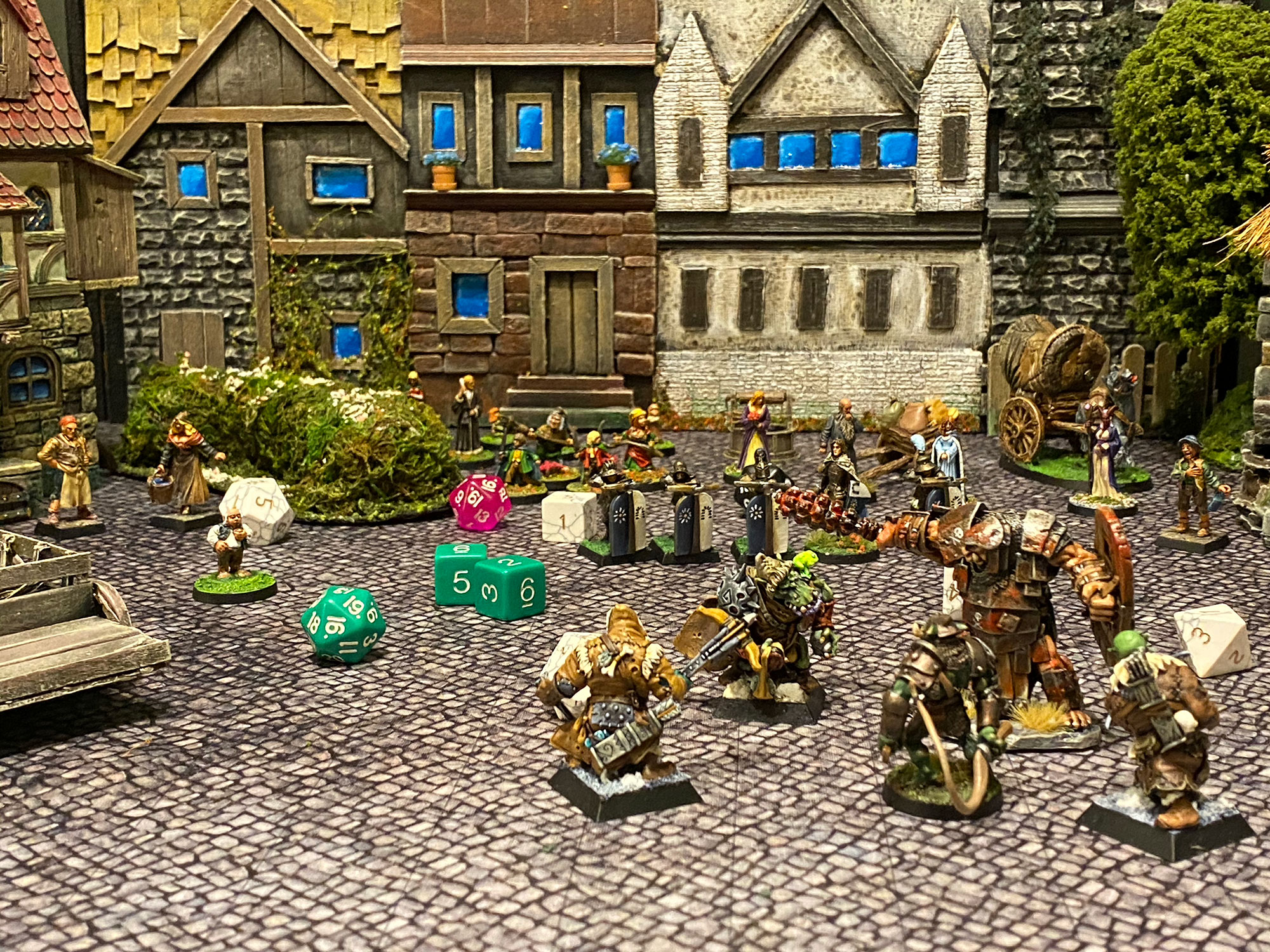 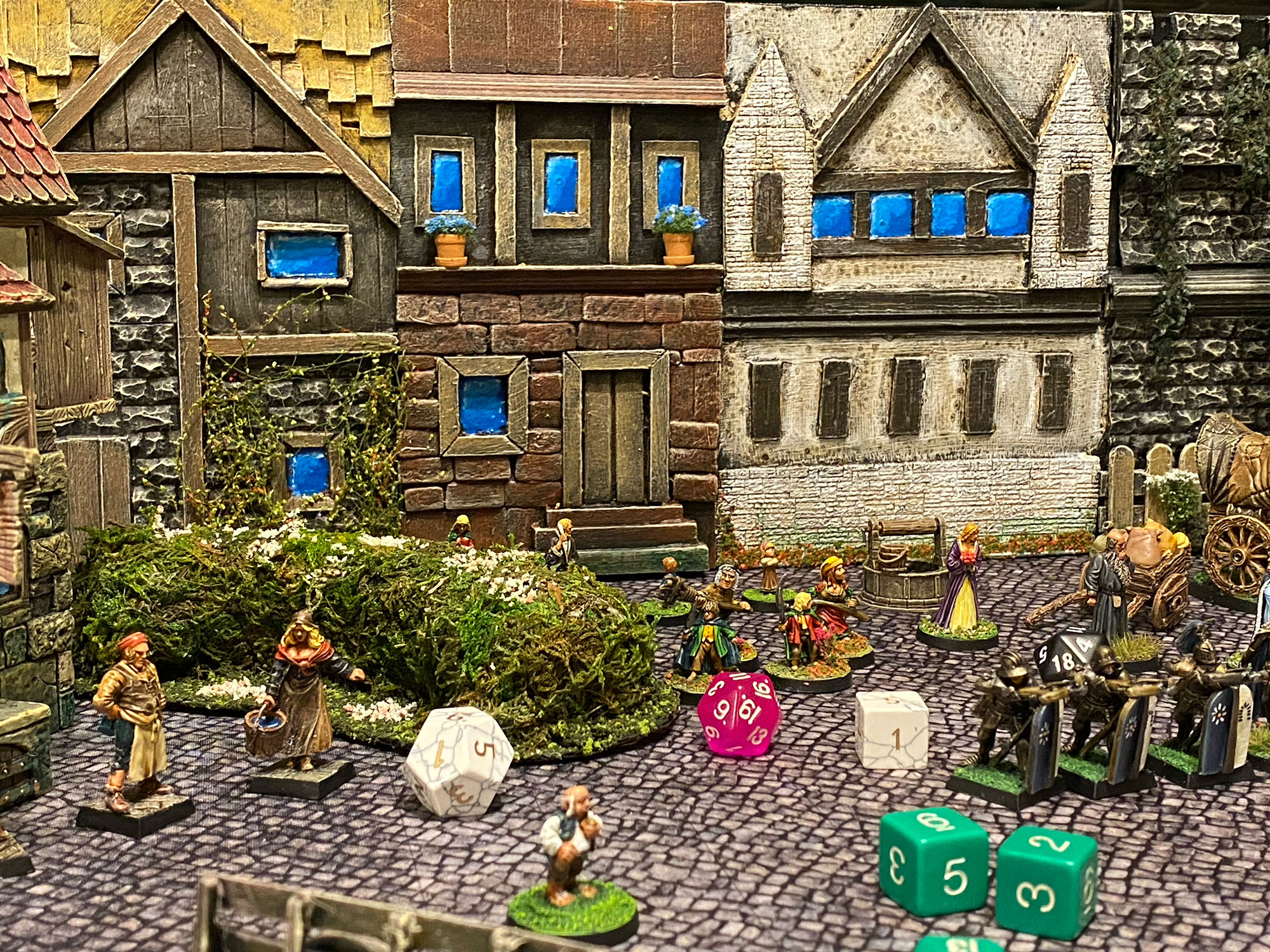 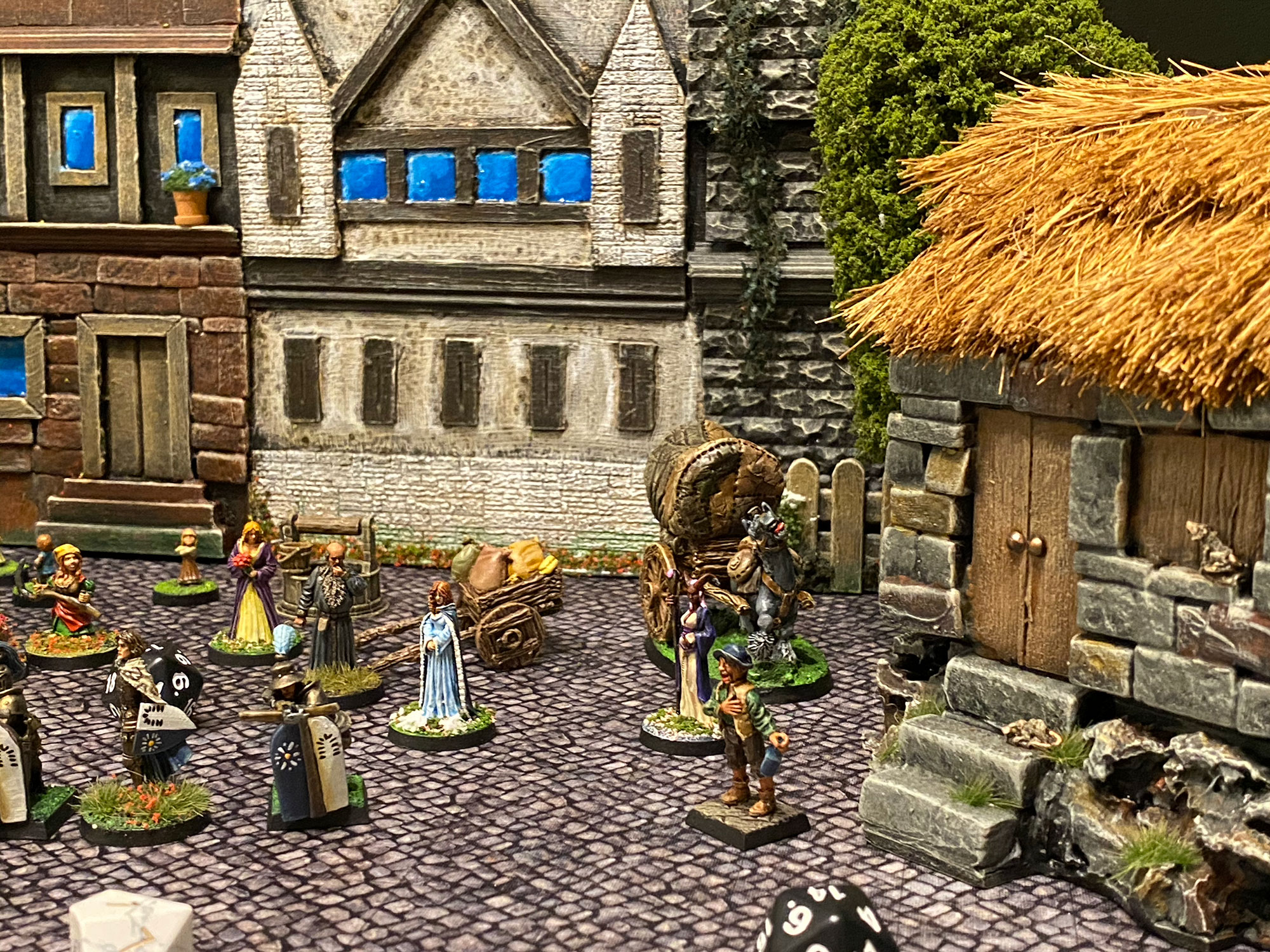 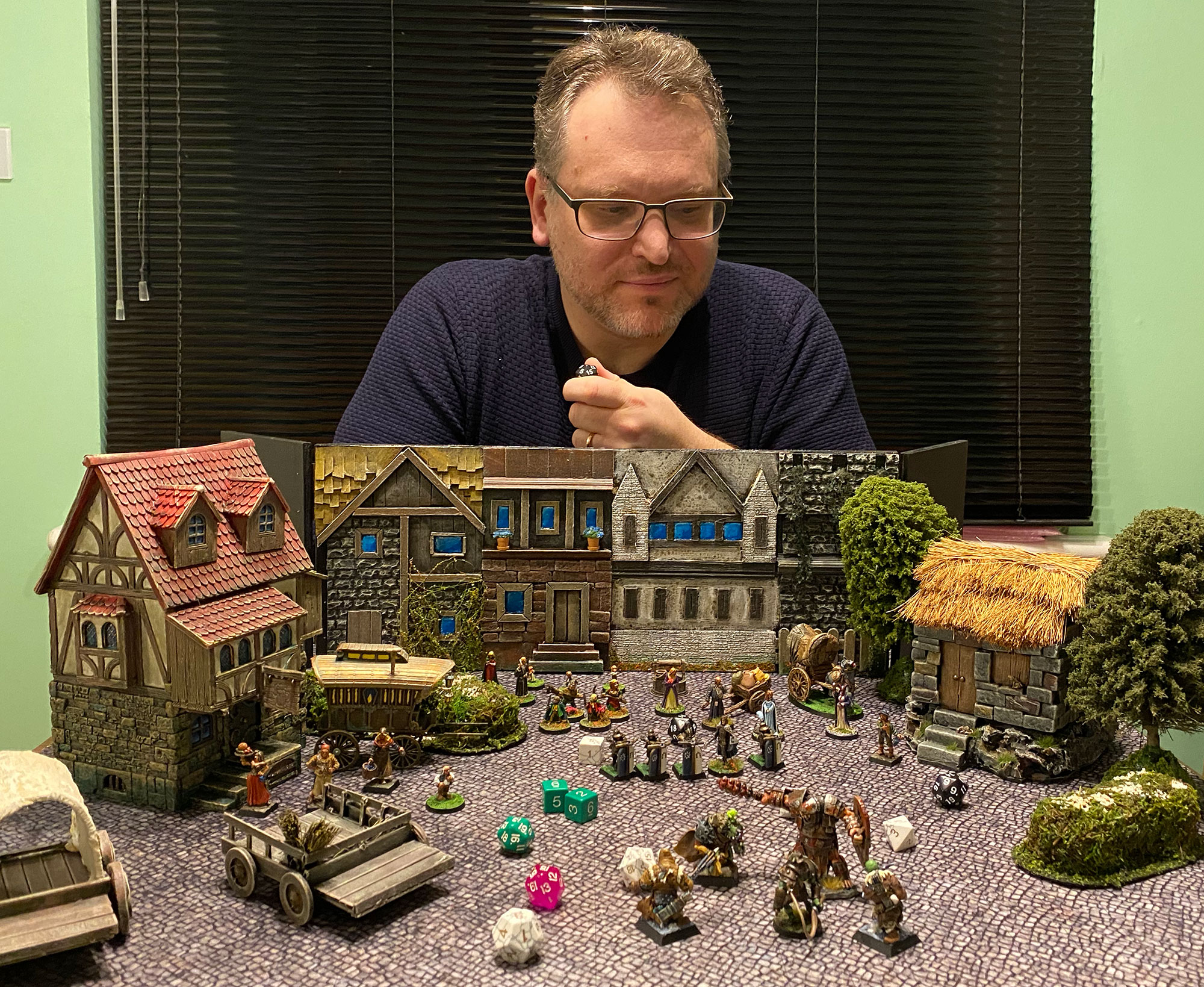 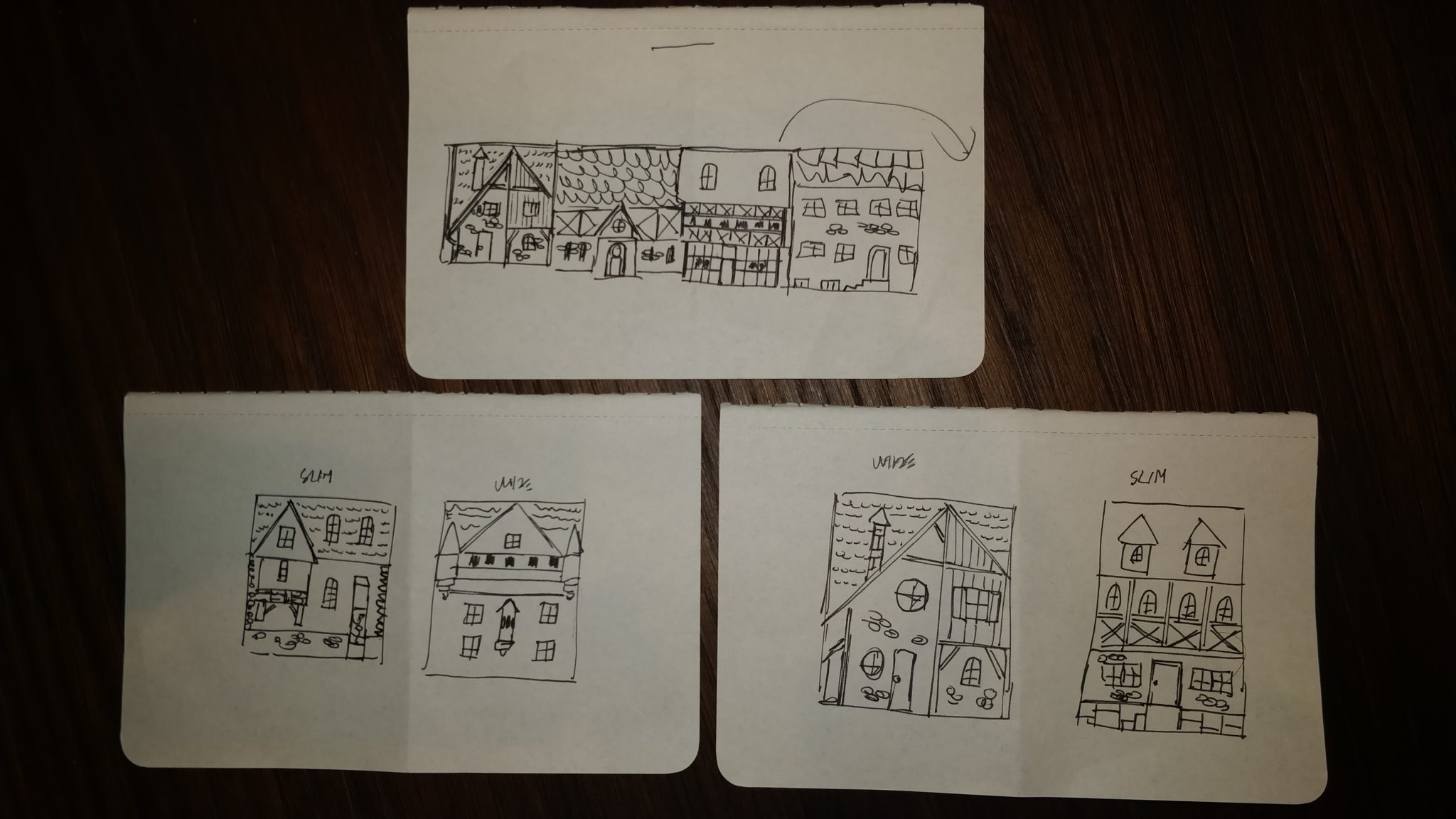 Early sketches to give me an idea of what to build and what materials I needed. 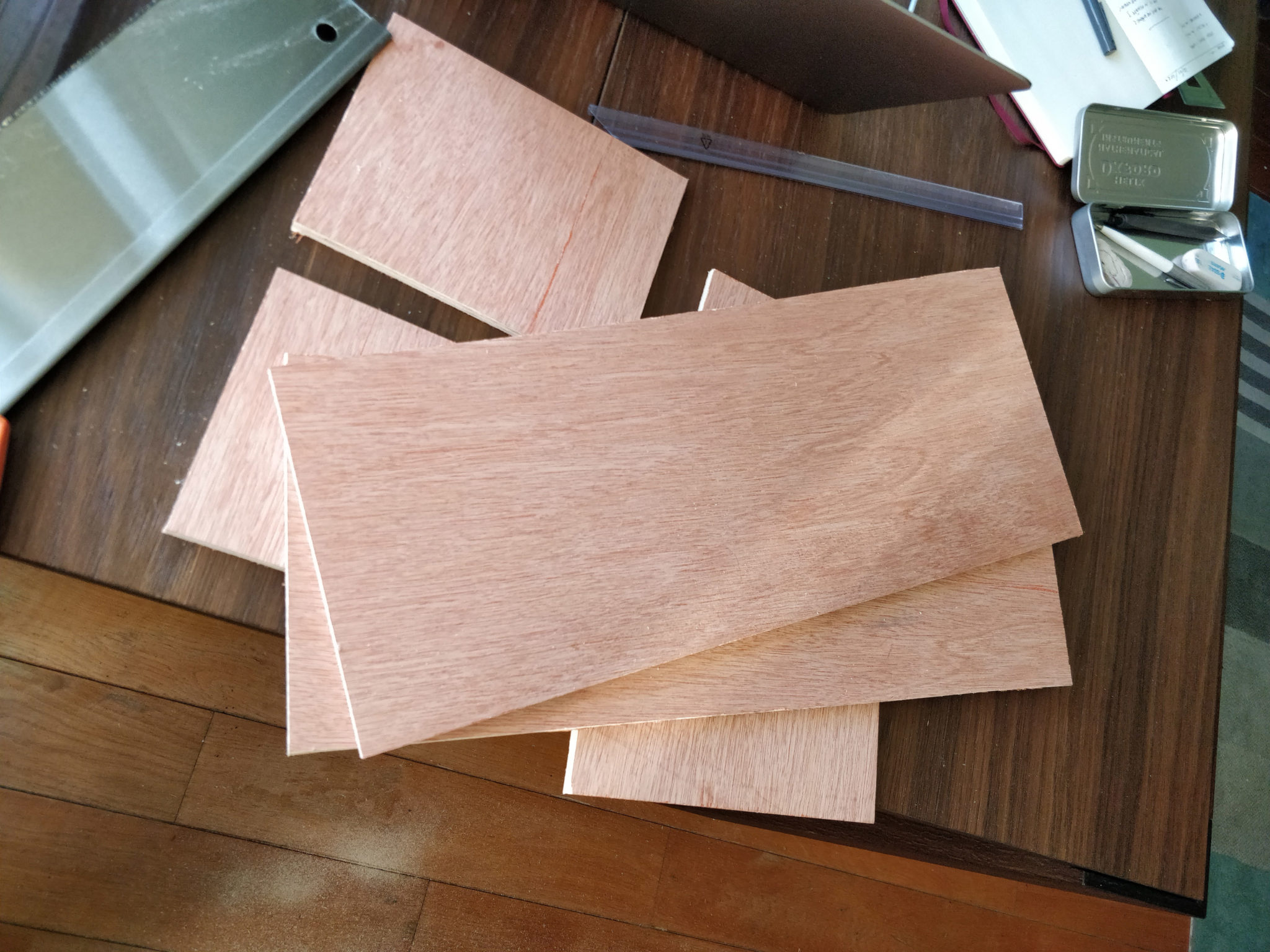 I chose to build the screen out of fairly thick wood (1cm) in order for it to A) not warp B) allow me to screw hinges into it. 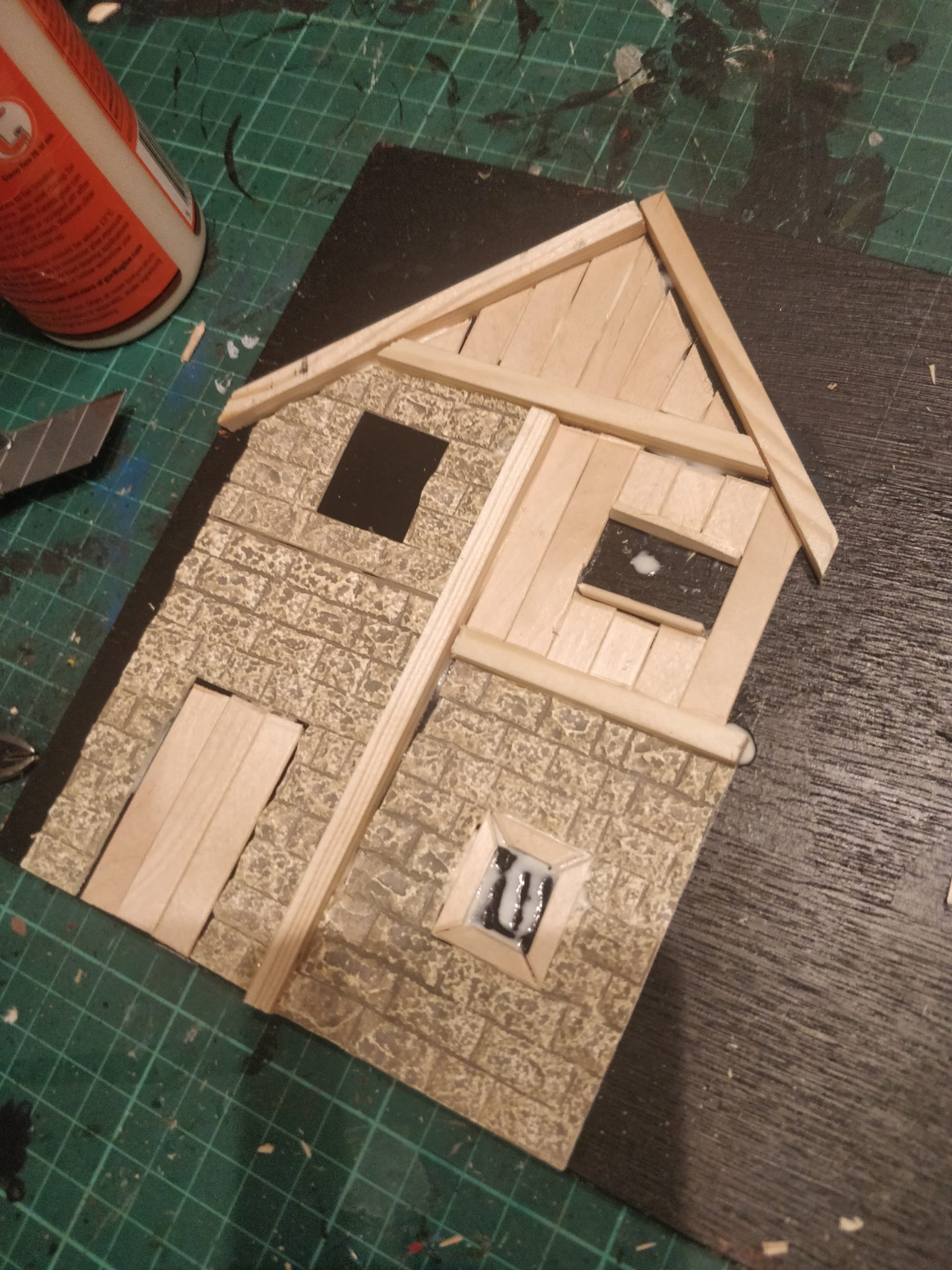 Building the first house with mixture of wooden sticks, icecream sticks and stick-on bricks I found in a hobby store. I figured they would be faster than making bricks from scratch. 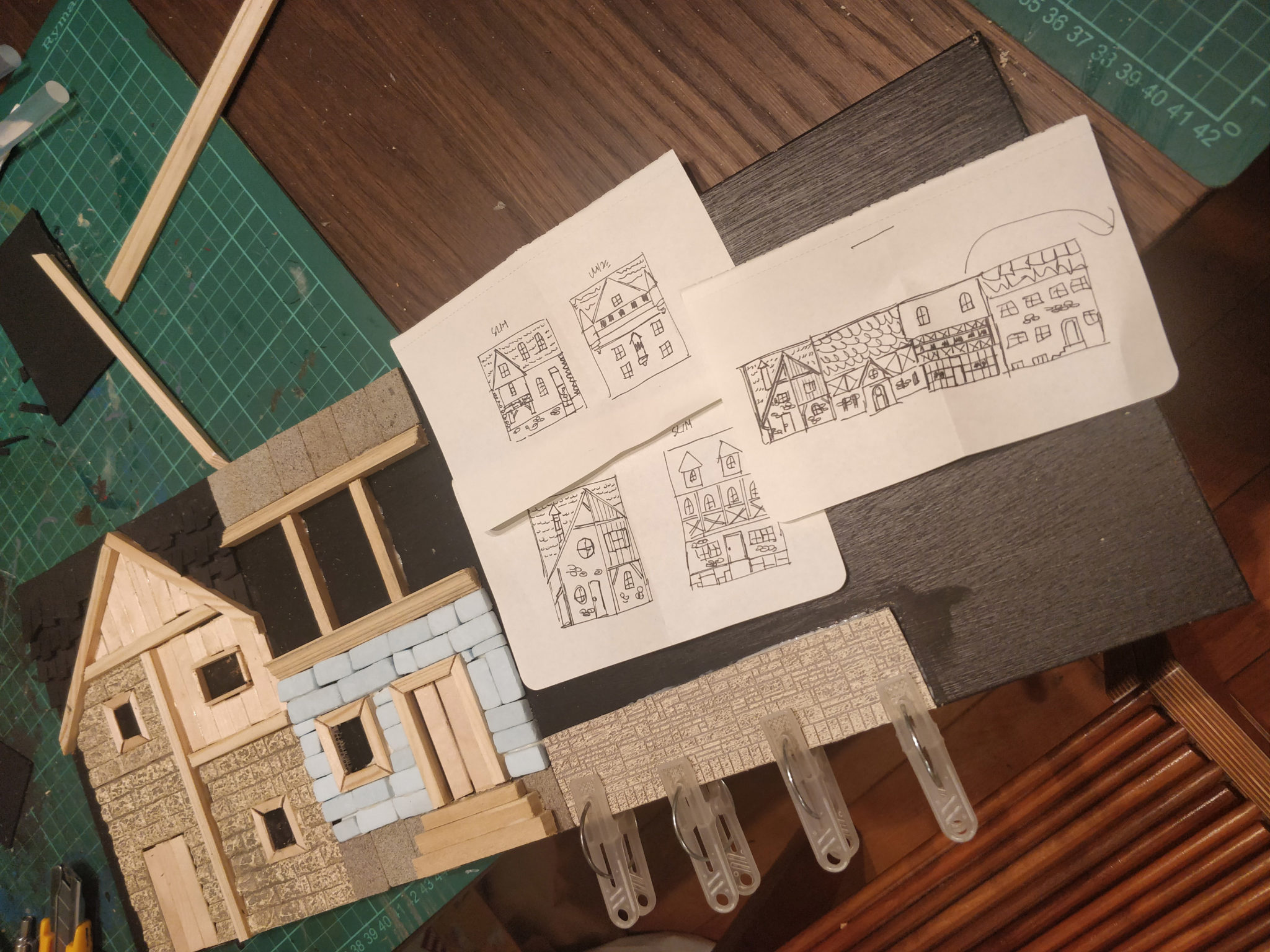 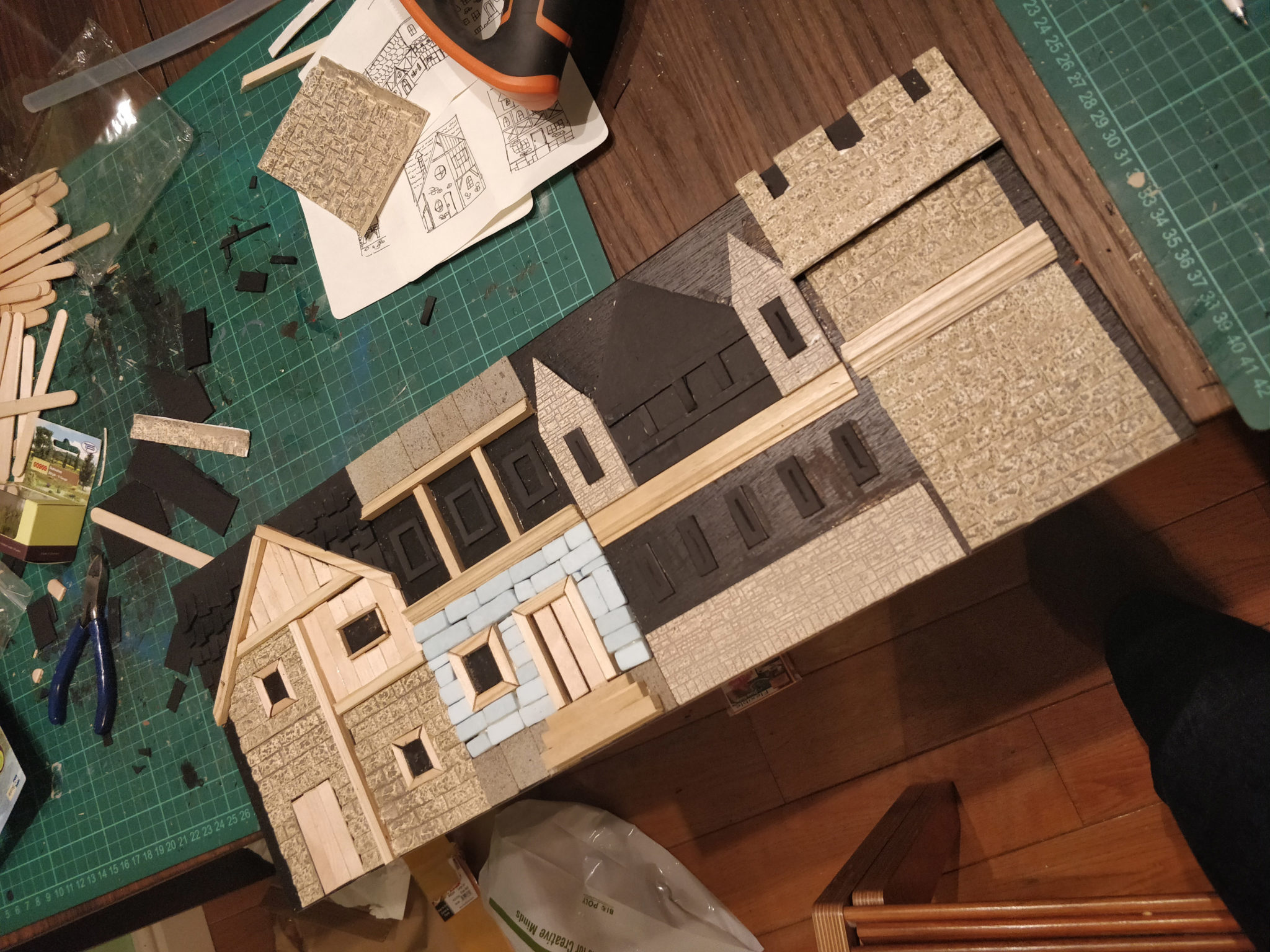 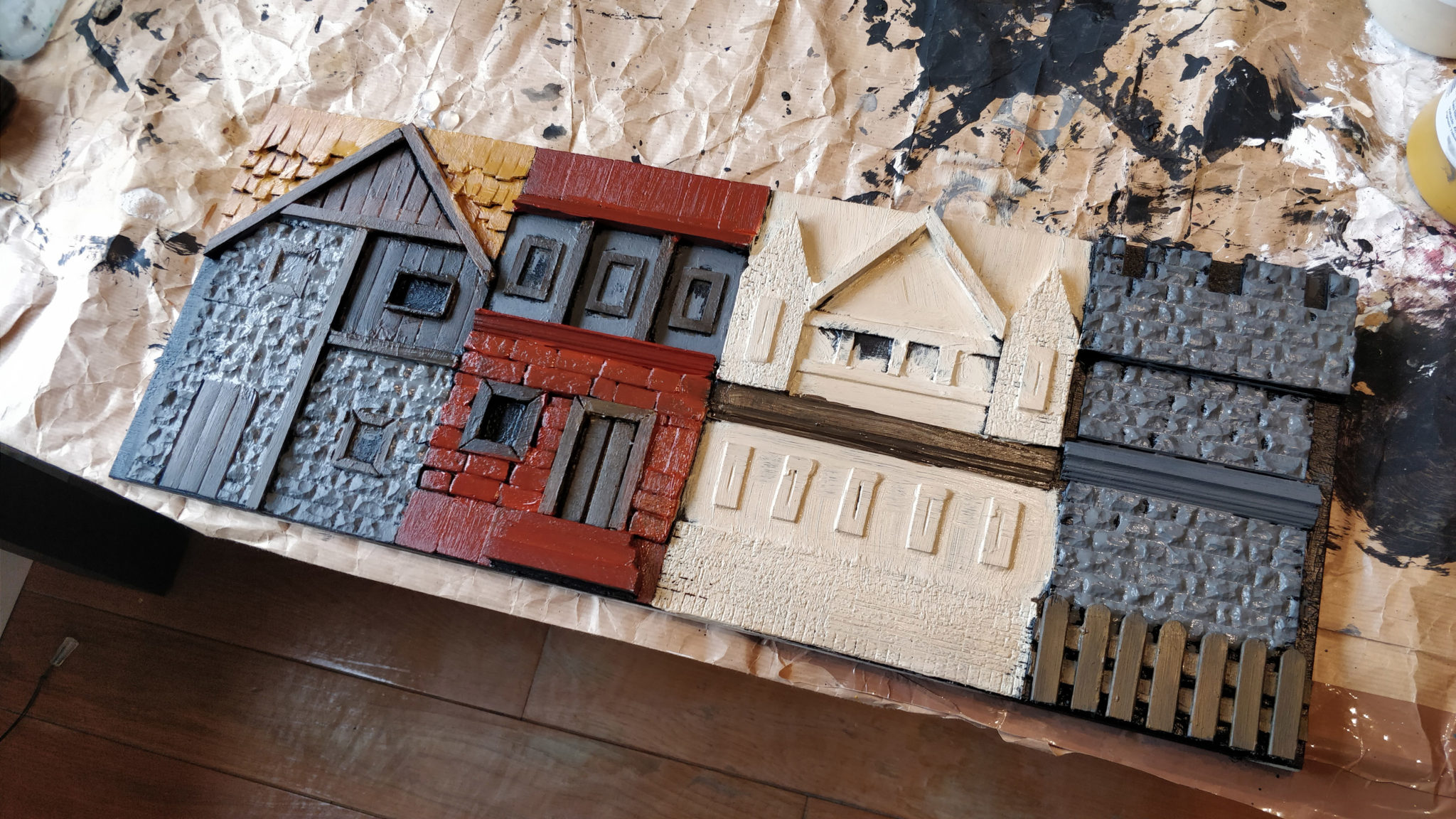 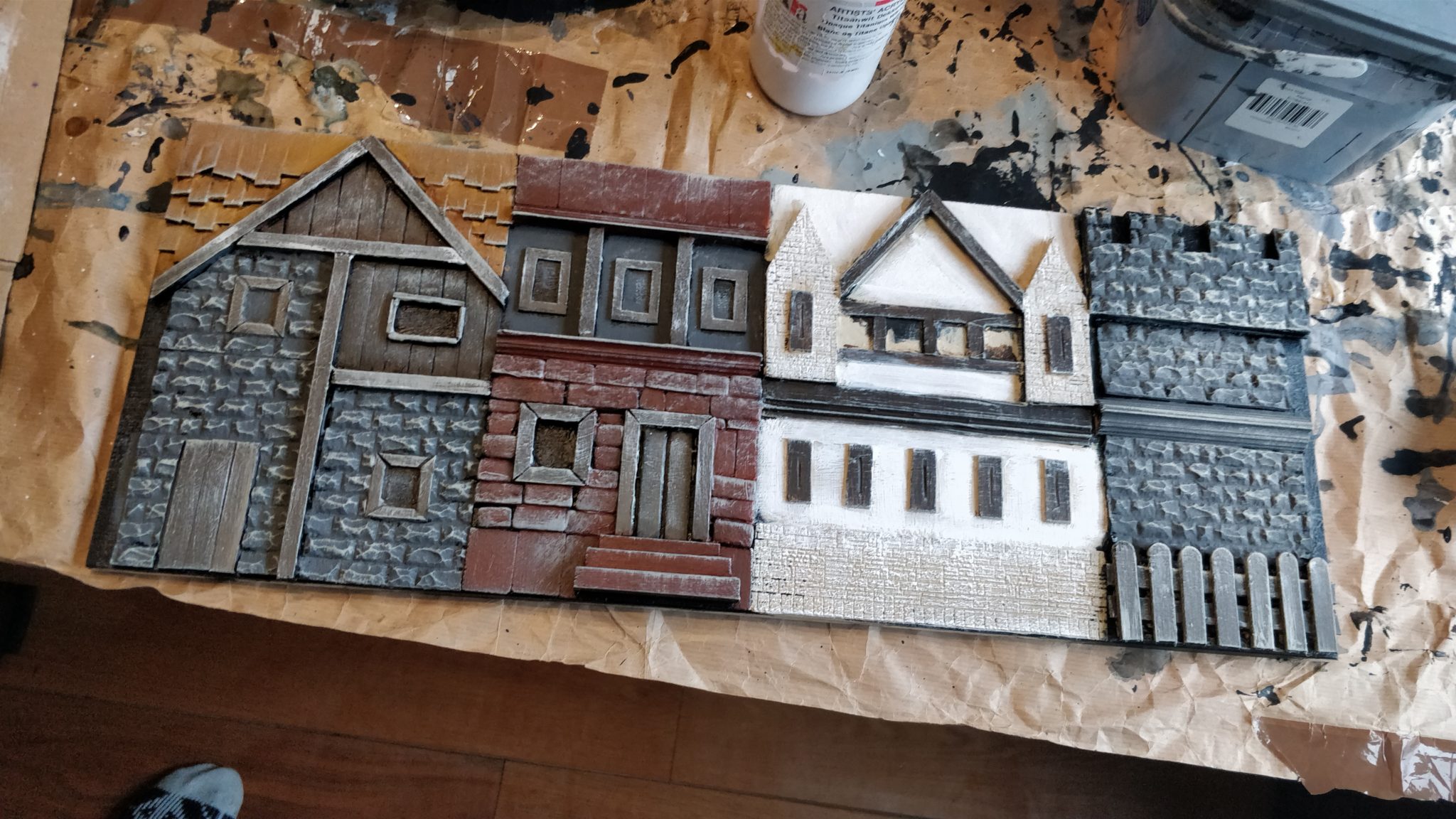 Drybrushed everything with bone 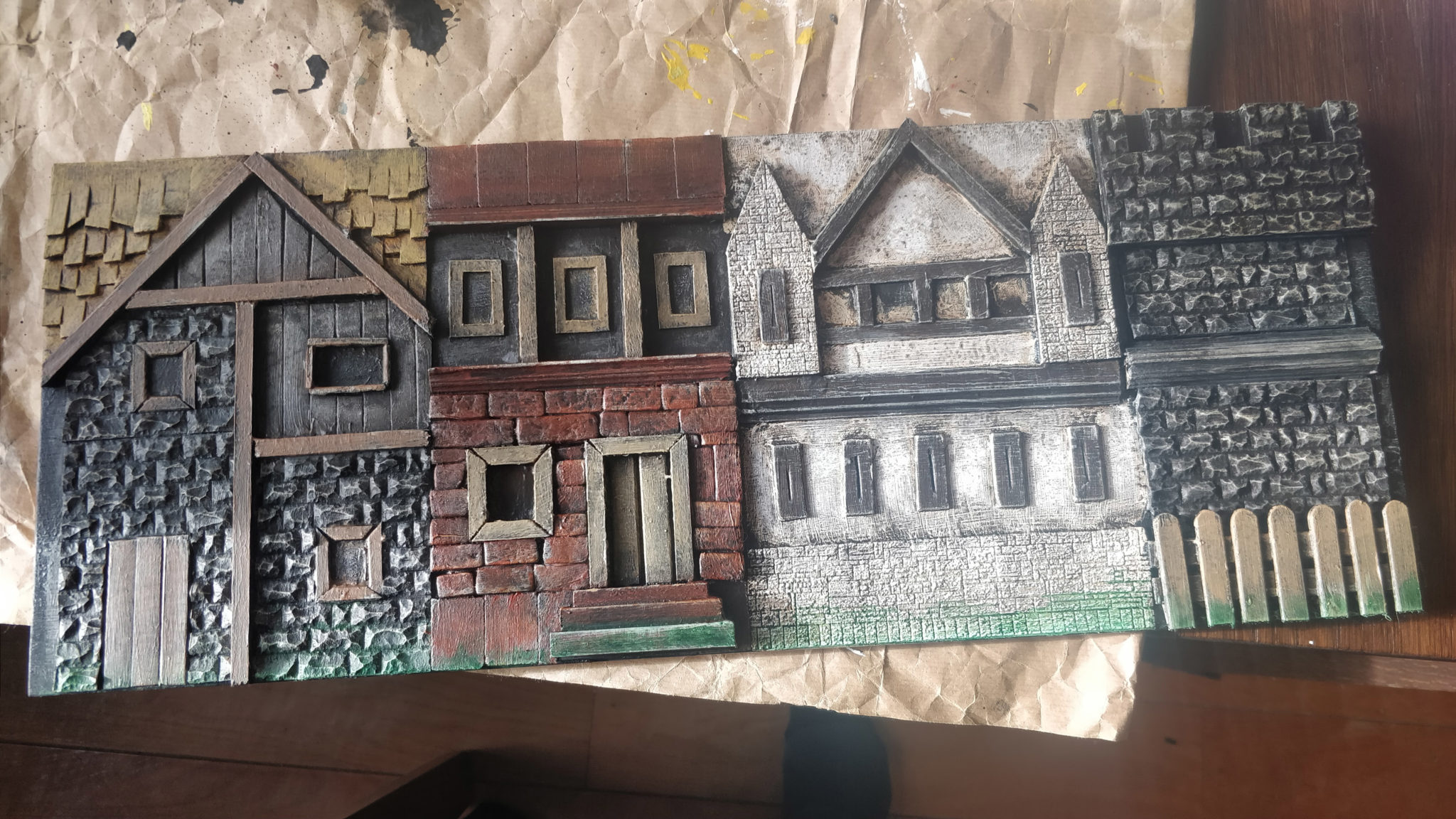 Inked it all with homemade ink of black, brown, lots of water and some dish washing soap. 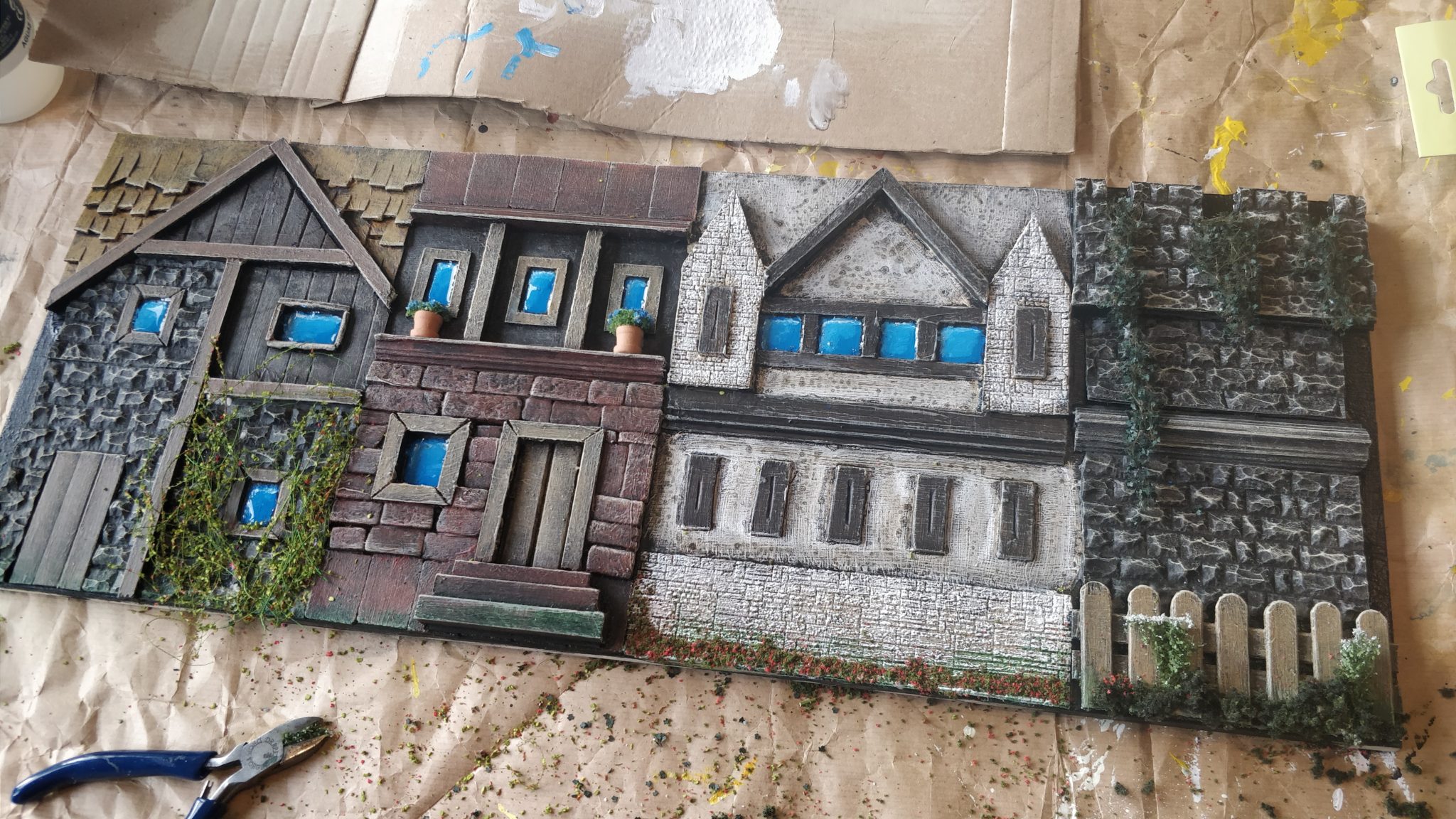 Final touch with drybrush of bone and bits of details added such as flowers, pots and vines. 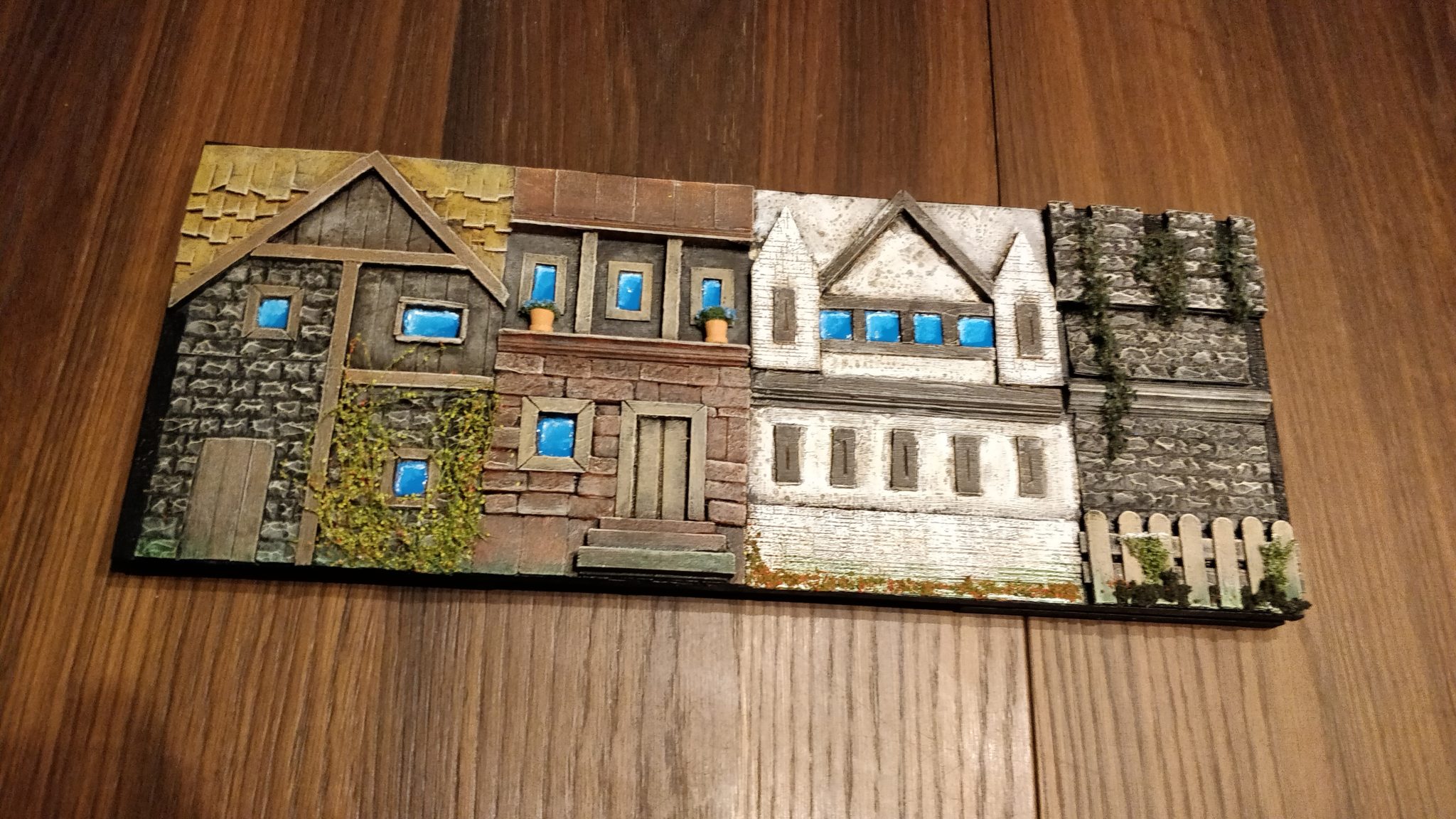 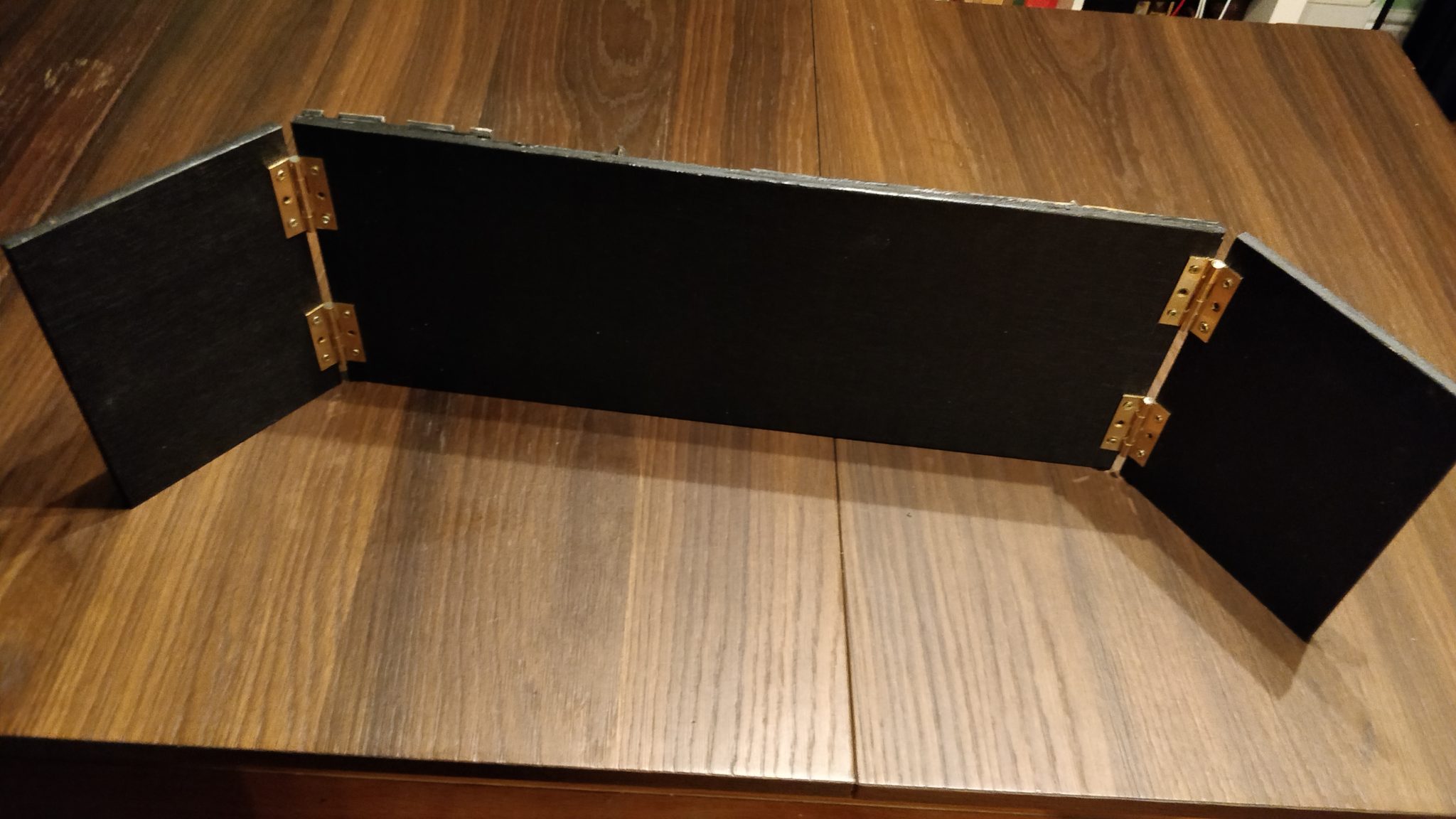 The wooden panel hinged together 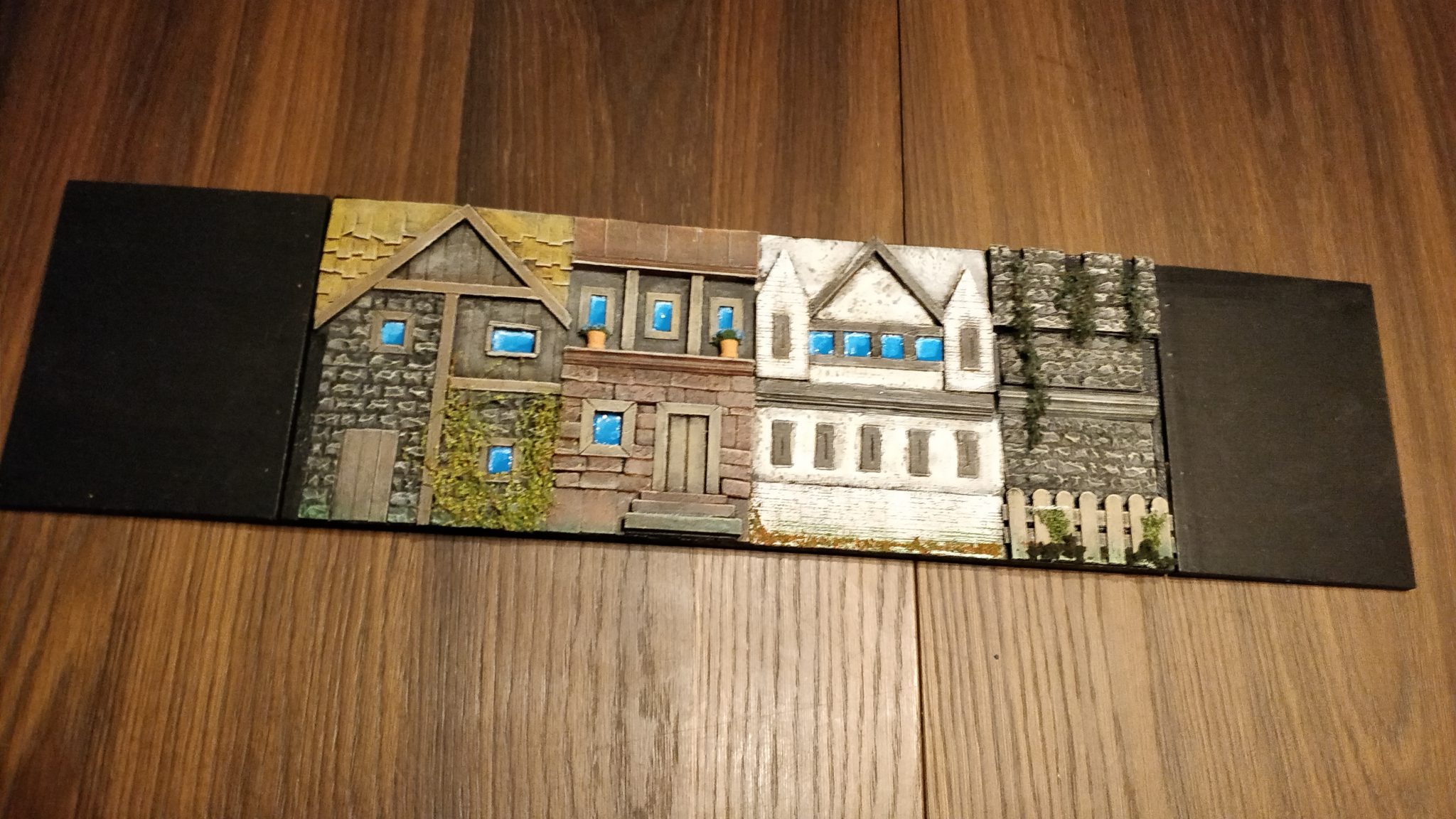 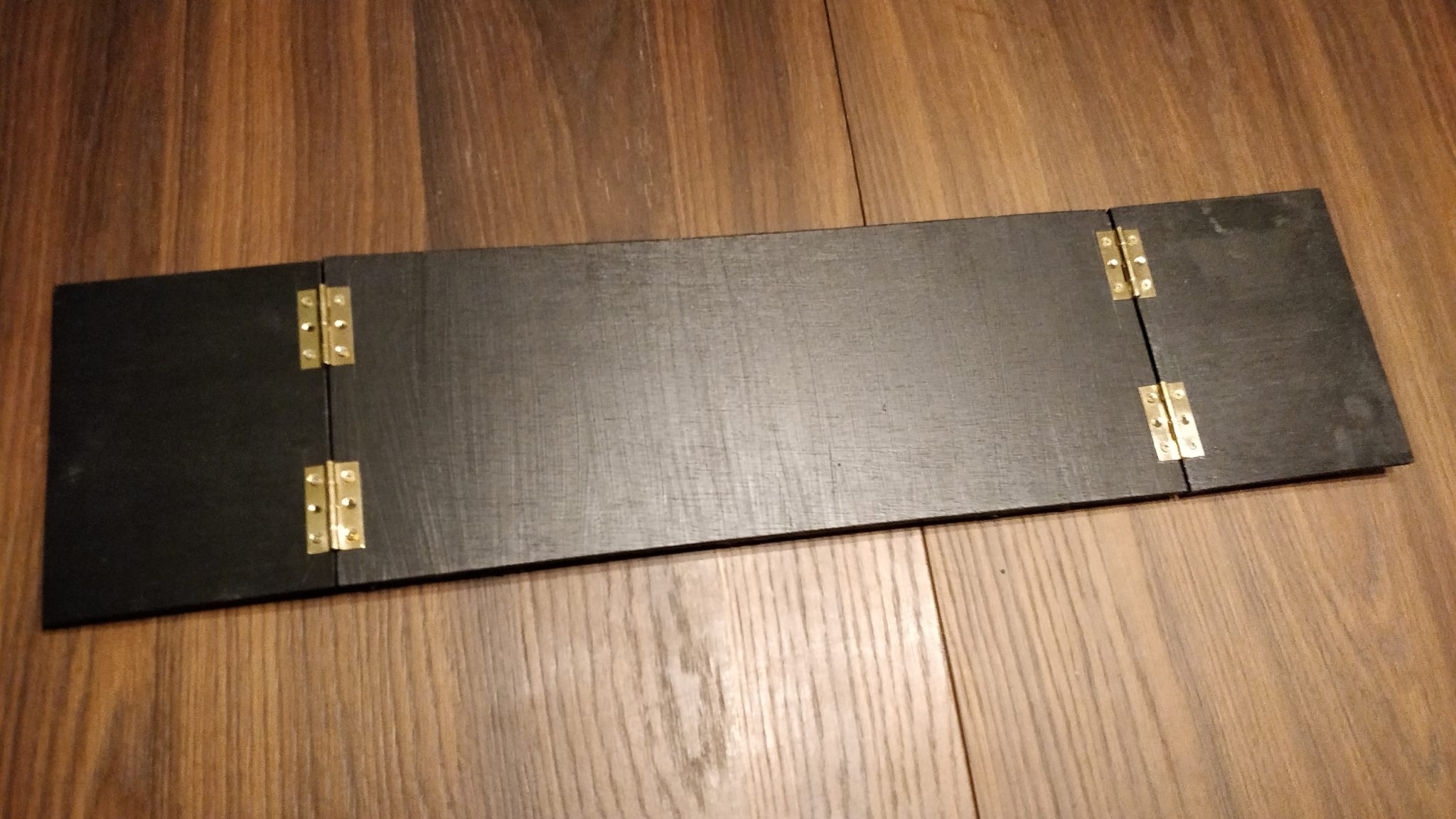 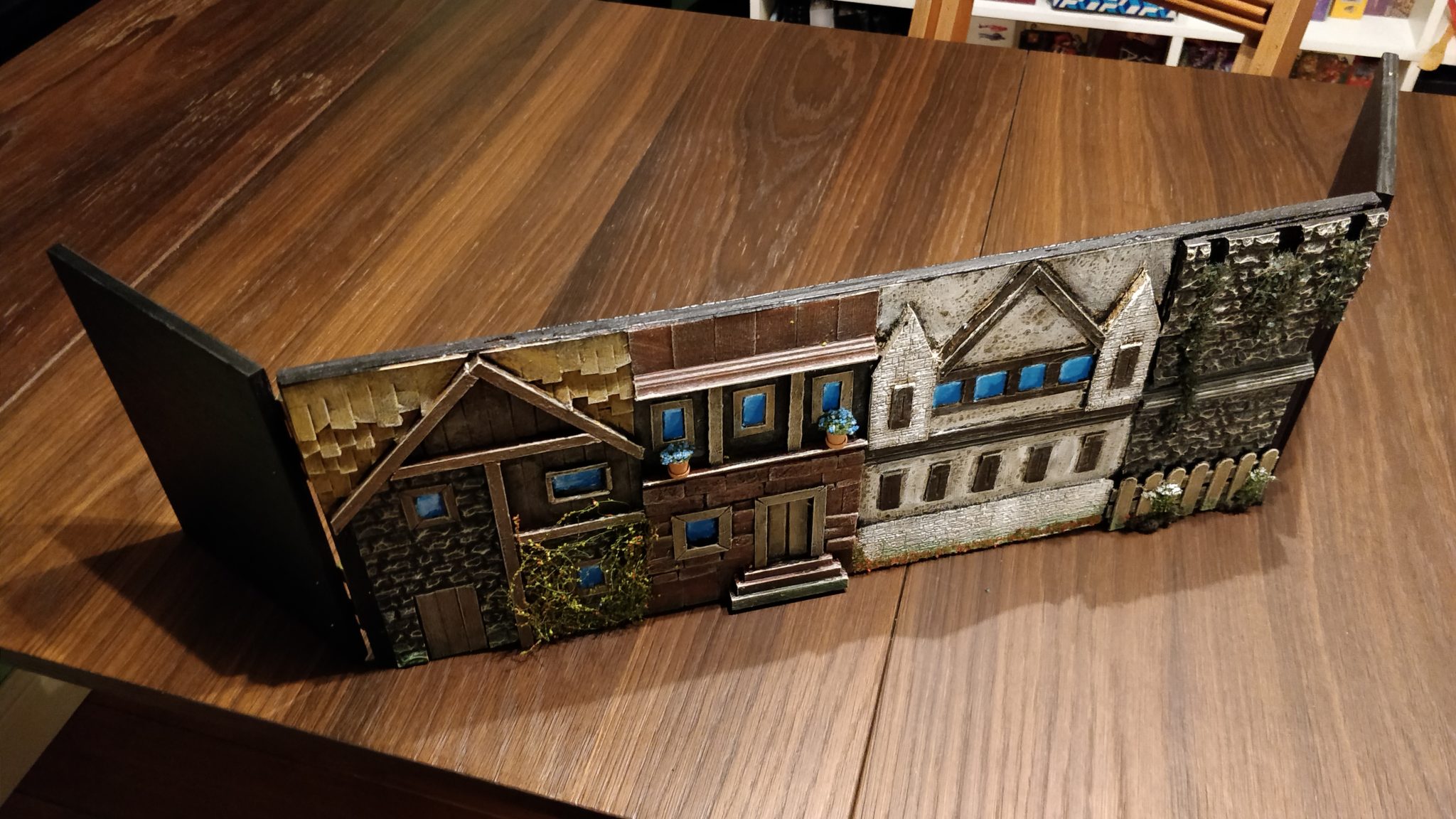