The last campaign session we played, neatly wrapped up 2018 as a season, so for the last D&D game of the year, I made this Christmas Oneshot called “Gnome More Mr Nice Guy1” inspired by these these absolutely fantastic Gnomes from Northumbrian Tin Soldier.

Below is how the game went, but if you are a Dungeon Master yourself and want to run this, you can find the actual Oneshot here.

Since this was a oneshot, it gave my players a chance to try something new.. a new class that is, because the race was Mousling. 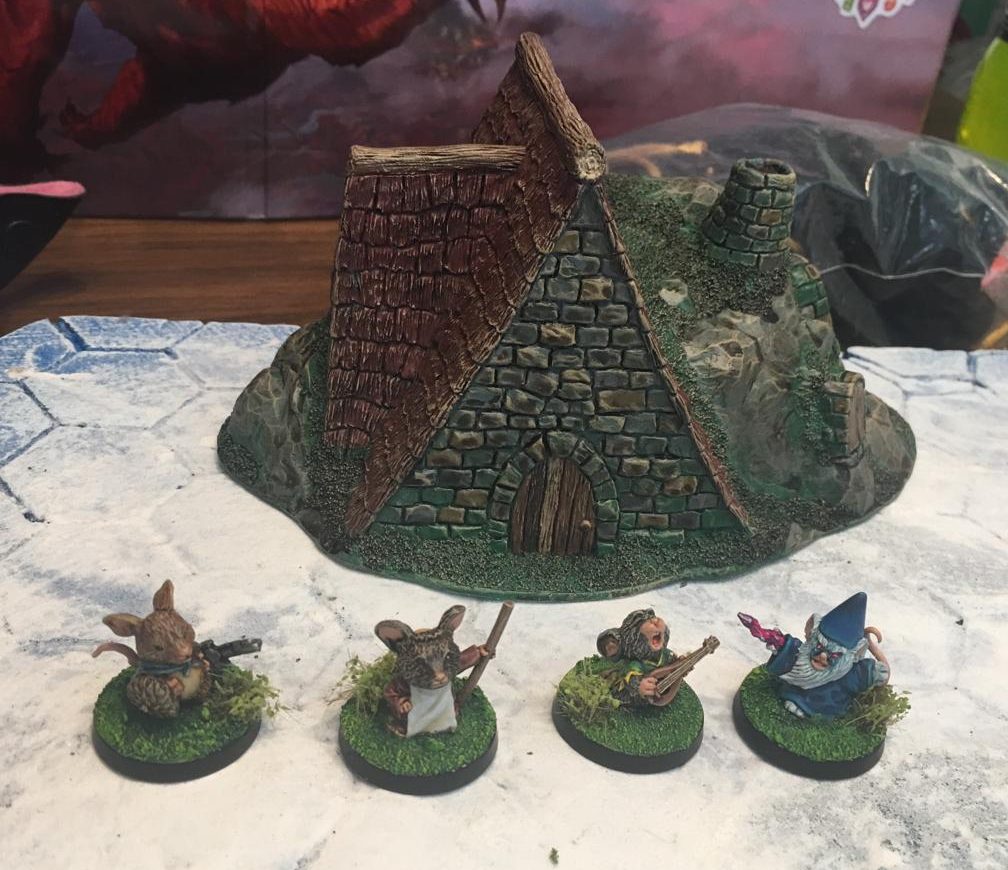 Where are the presents?

Santa normally has a dress rehearsal in the Feywild on the 1st of December using a small Mousling village as test subject. He has never failed … until now!

Our heroes,  The Mousling Guard, set out to travel North to Santa’s workshop, where Santa and his merry helpers, the Christmas Gnomes, are normally busy crafting presents.

Note, In Scandinavian mythology and Christmas lore, we do not have little pesky elves running around helping Santa. Instead we have “Nisser” loosely translated to “Christmas Gnomes”.

However, as they embark a battered fairy, flying like a semi-smashed fly, emerges in distress from the forest followed by crazed and armed Christmas Gnomes with an eerie baby blue glow in their eyes.

Our heroes tries to reason with the Christmas Gnomes, but realises too late the danger they represent towards the fairy, and they kill the fairy and disappears back into the forrest. 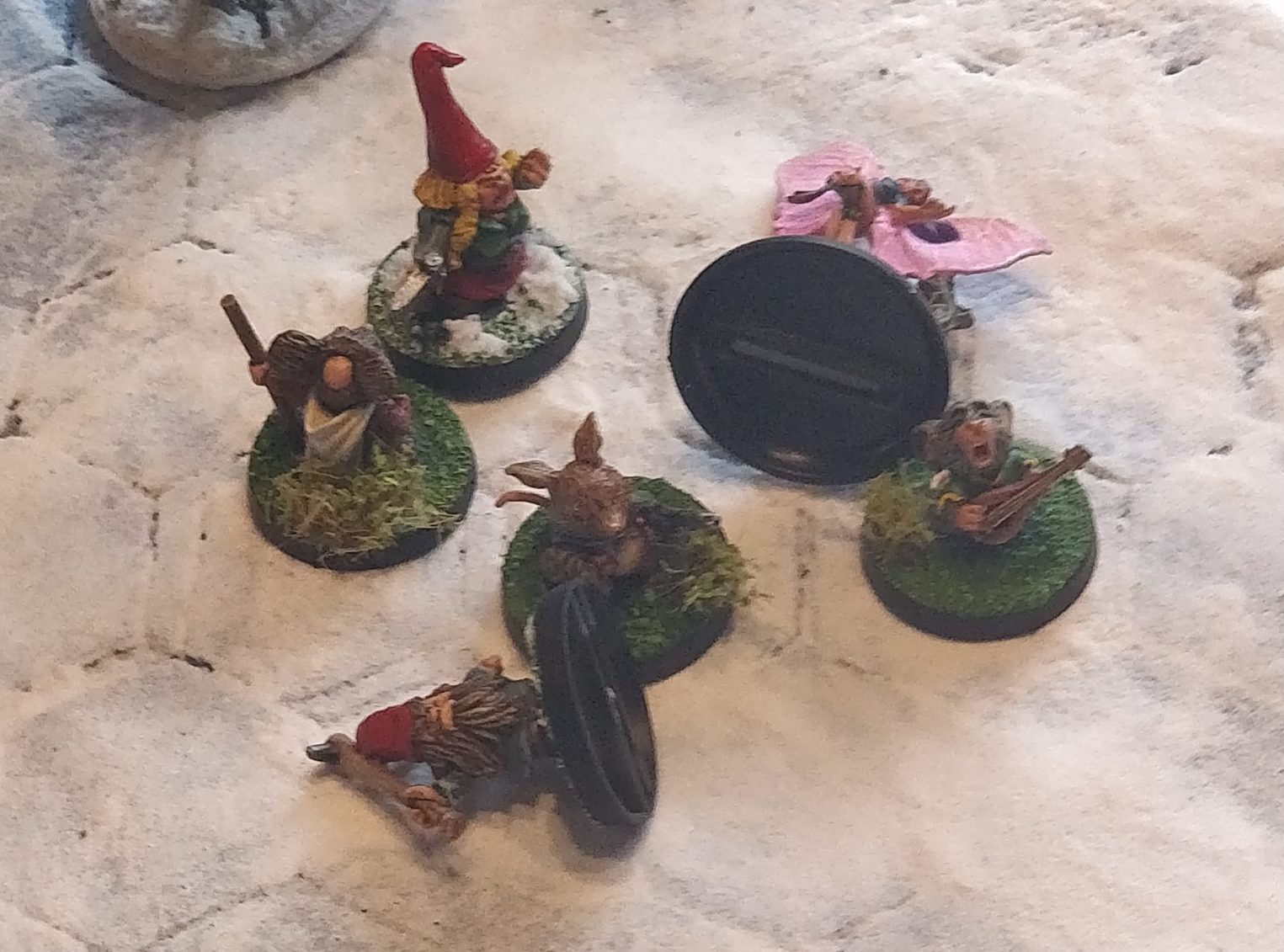 The party, having secured the trapped Gnomes in the local prison and picked up fairy dust from the dead fairy (..which they subsequently never used), picked up the pace to chase down the remaining two Christmas Gnomes.

They found them by a camp fire near a gazebo arguing about why there were three bedrolls if they had only brought one each.

As the party attacked, it became clear one of the bedrolls was a mimic and it attached itself to the Fighter.

Having beaten both the Christmas Gnomes and the Bedroll Mimic, the party decided to call it a night and rest by the camp fire the Gnomes had left for them.

However, during the night, the Gazebo turned out to be the Mamma Mimic and hurt the Monk before the Monk and the Fighter punched it to pieces. 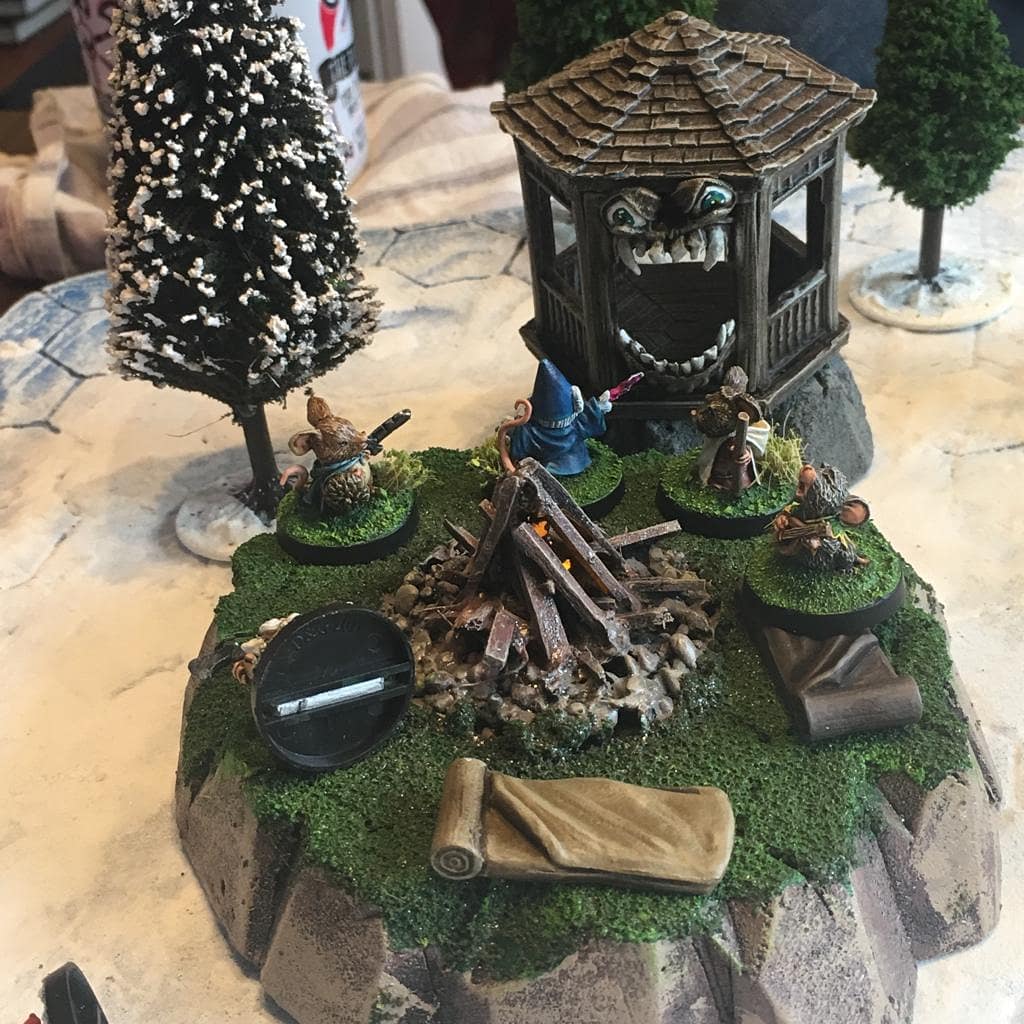 Picking where they left off in the morning, the Heroes stayed true to their course and continued to Santa’s workshop, where they found a newly made snow defence embankment guarded by three hastily made snowmen.

In the center a crazed Santa Claus was destroying presents with his bare hands!

The party attacked in the effort to knock out Santa (… after some debate of the ethics of killing him!) and a brutal fight commenced with the heroes emerging victorious! 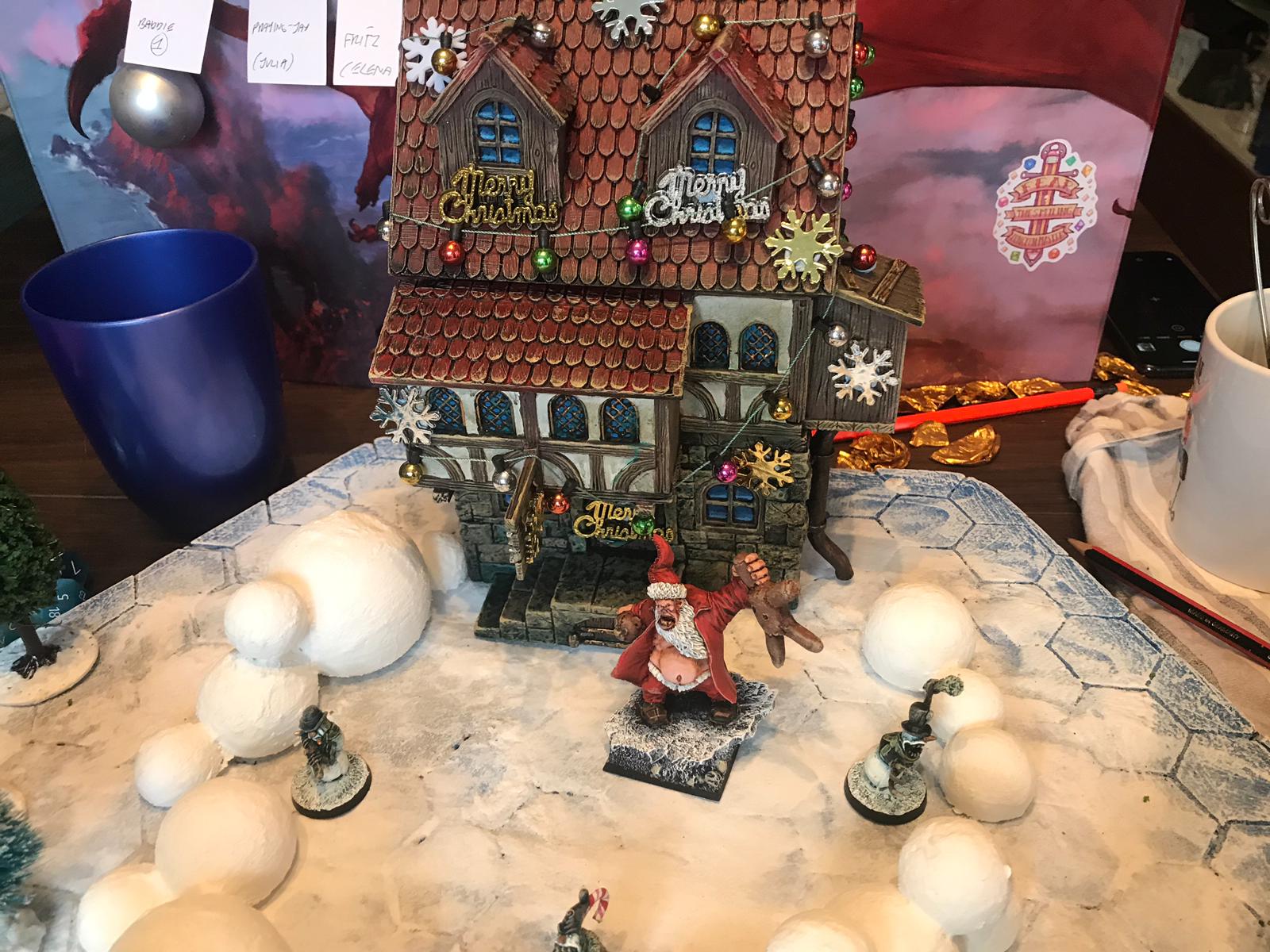 While the party had a debate on whether or not to torture Santa to get some answers (… rather than ask!?), a snow fluffy clapping was heard from the door to Santa’s workshop.

Out stepped the Easter Bunny and two Bunny Guards. Easter Bunny (Mr EB) had engineered the whole thing, hypnotising Santa Claus to destroy all his presents (and his reputation in the process) and making sure that any nearby fairies, whose fairy dust could wake him up, was hunted down by the hypnotised Gnomes and killed! 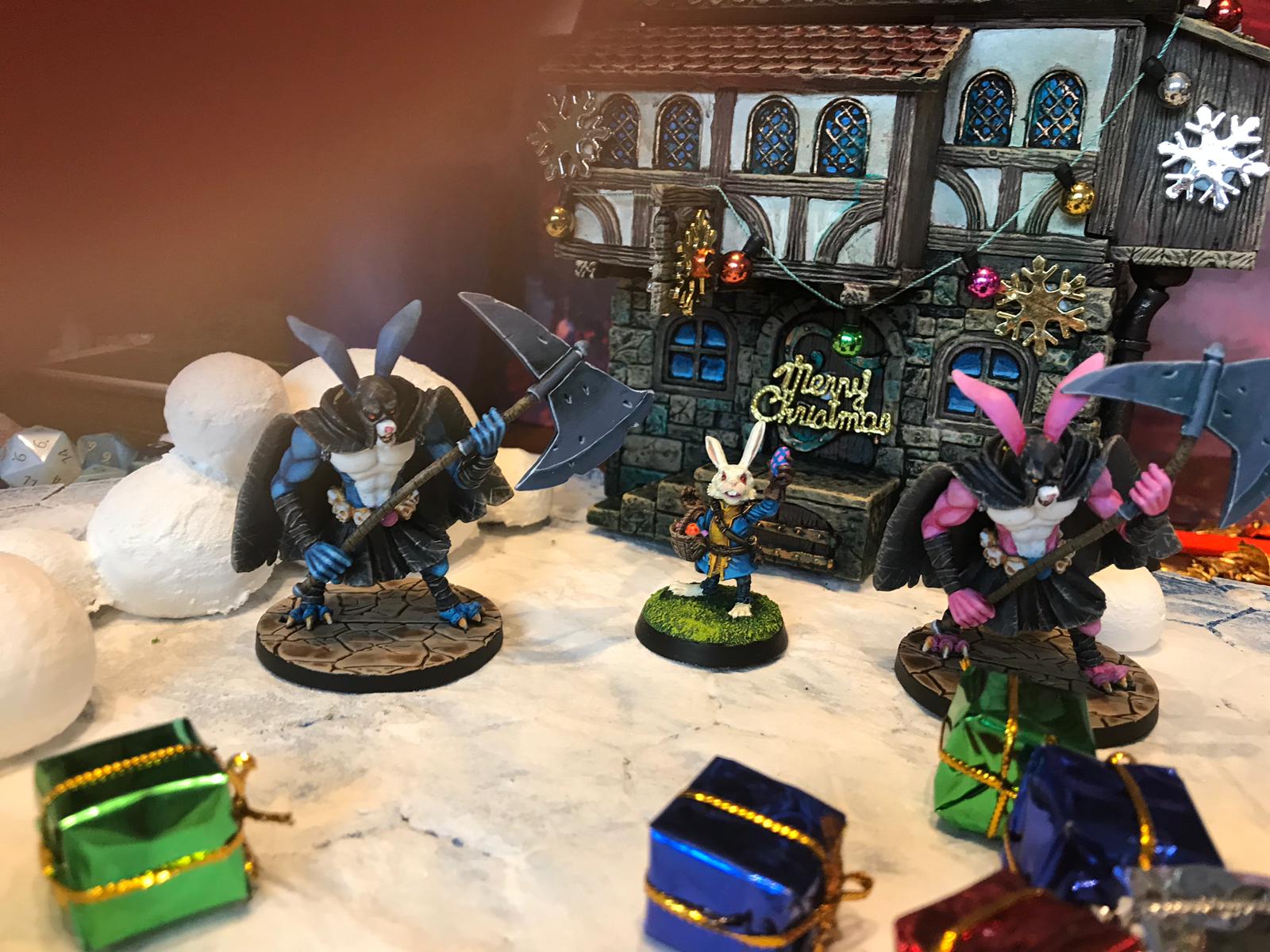 A bloody battle was fought, the Monk went down after a lethal stomp by Mr EB, but in the end the party were all still standing as MR EB fled in a fit of rage!

Personal note, my players are quite good at taking photos during the battles, hence I am able to write these diary entries. However, Easter Bunny showing up must have surprised them as only one photo was taken during the whole fight. 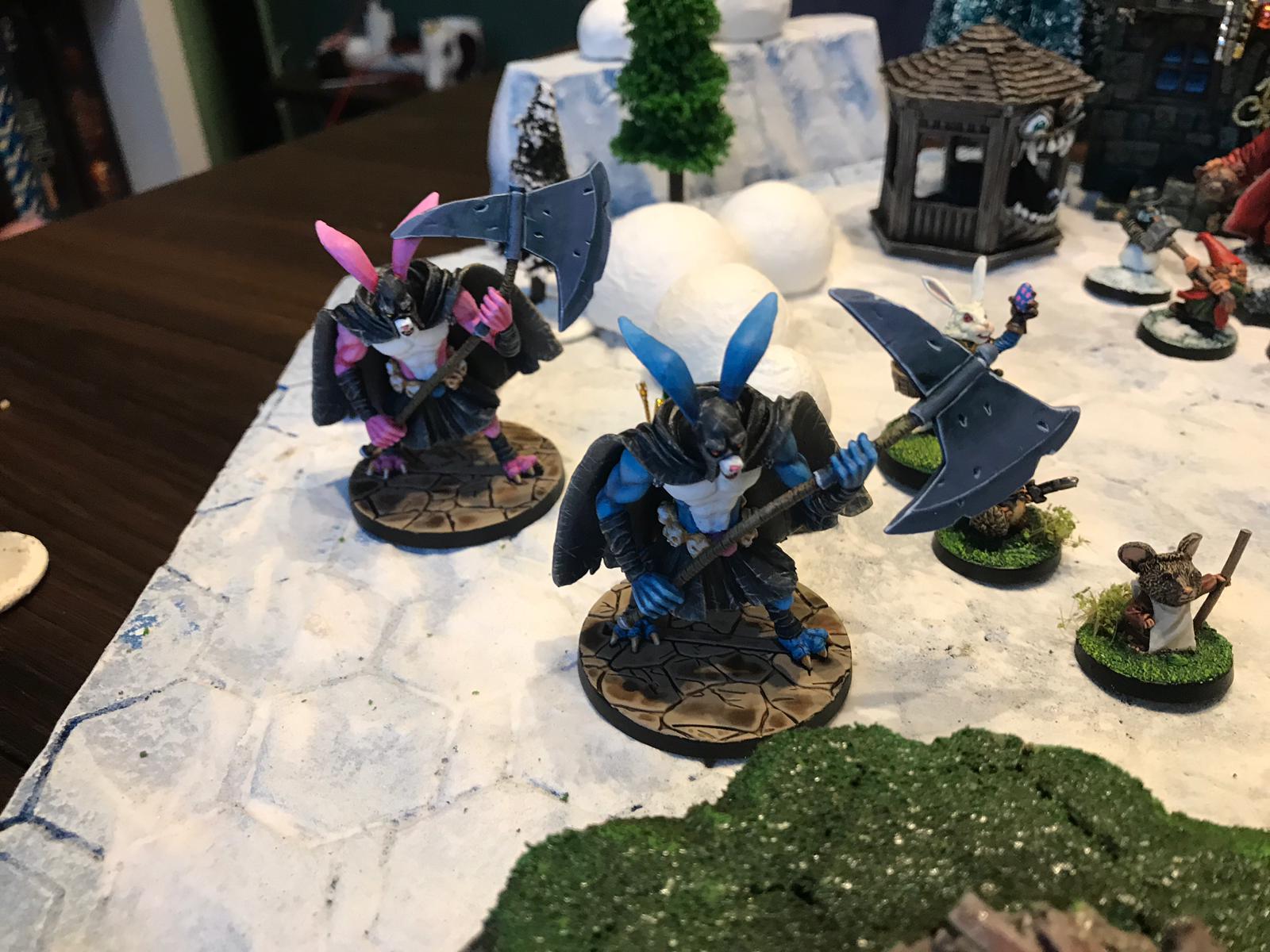 So that’s it. Lart game of the year. Can’t wait to see what 2019 brings and what my players want to do in the main campaign. 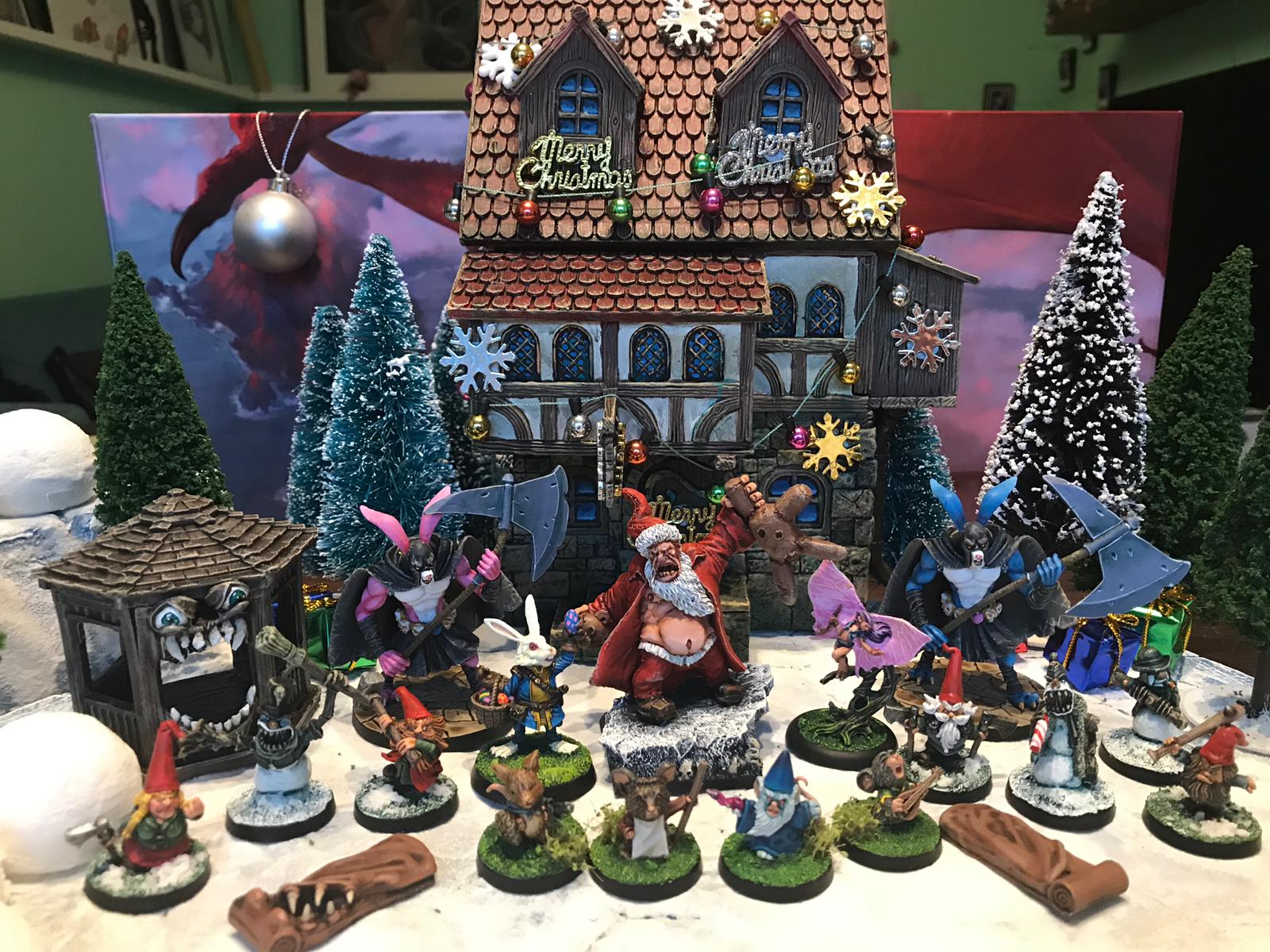 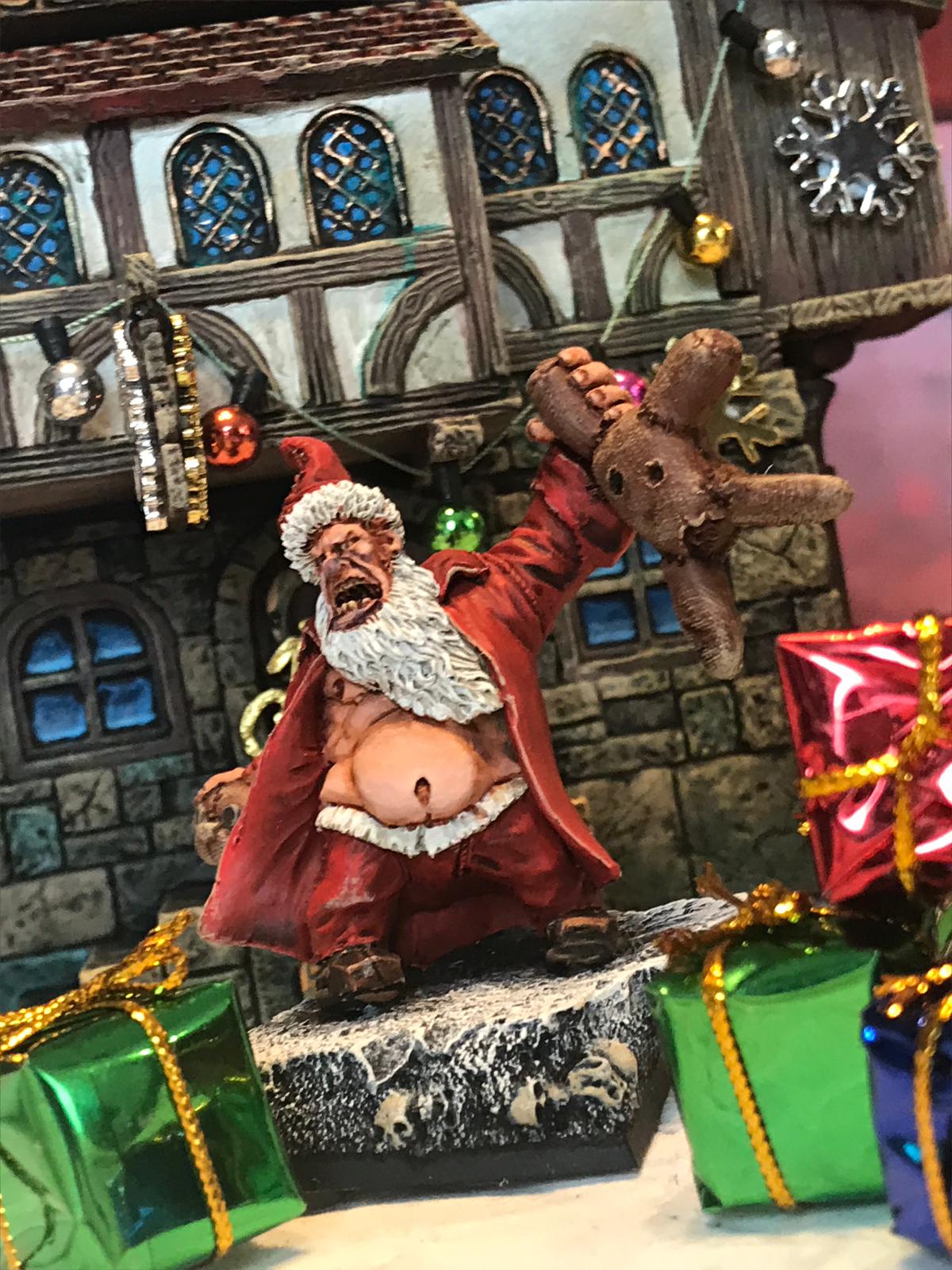 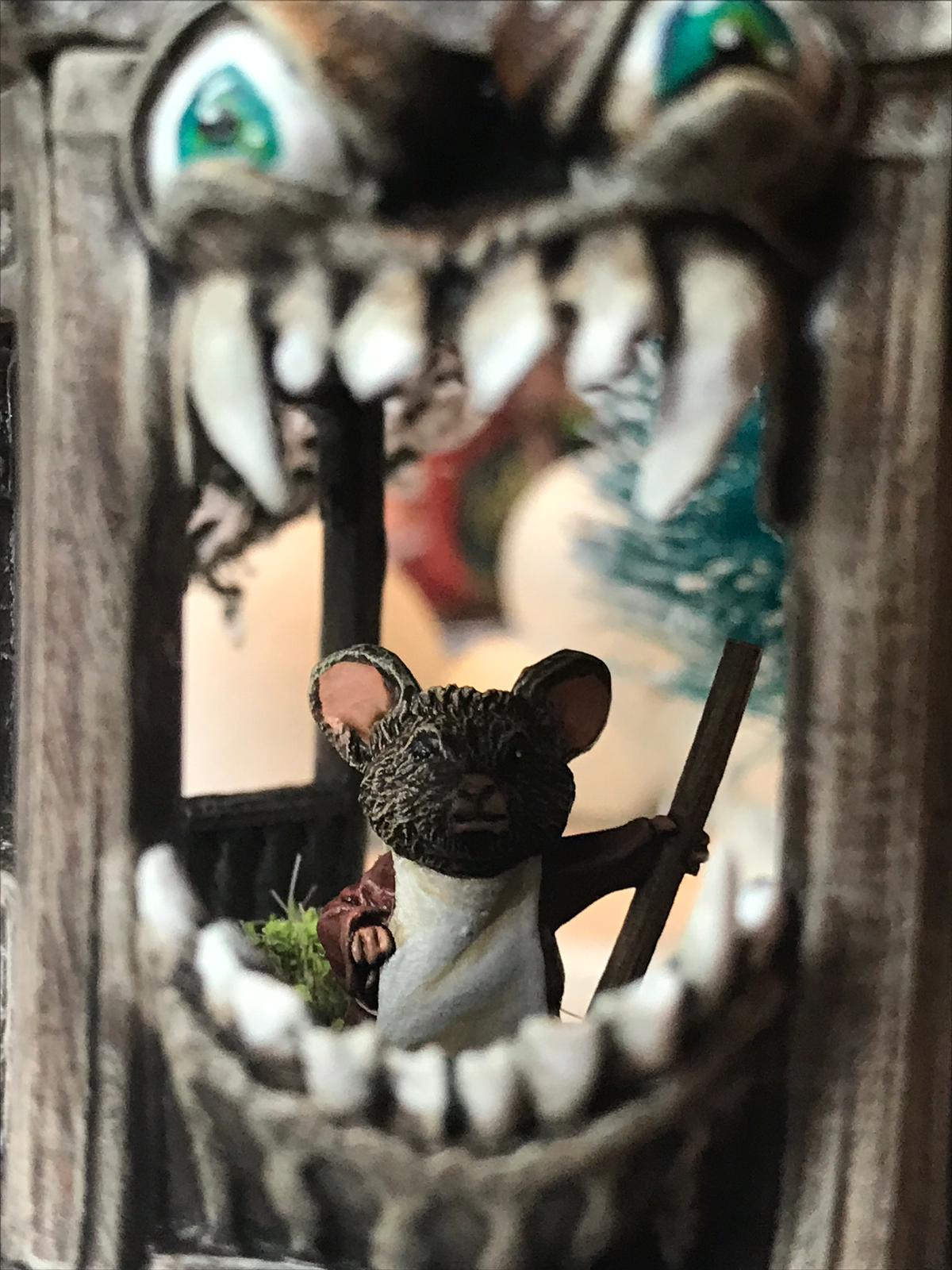 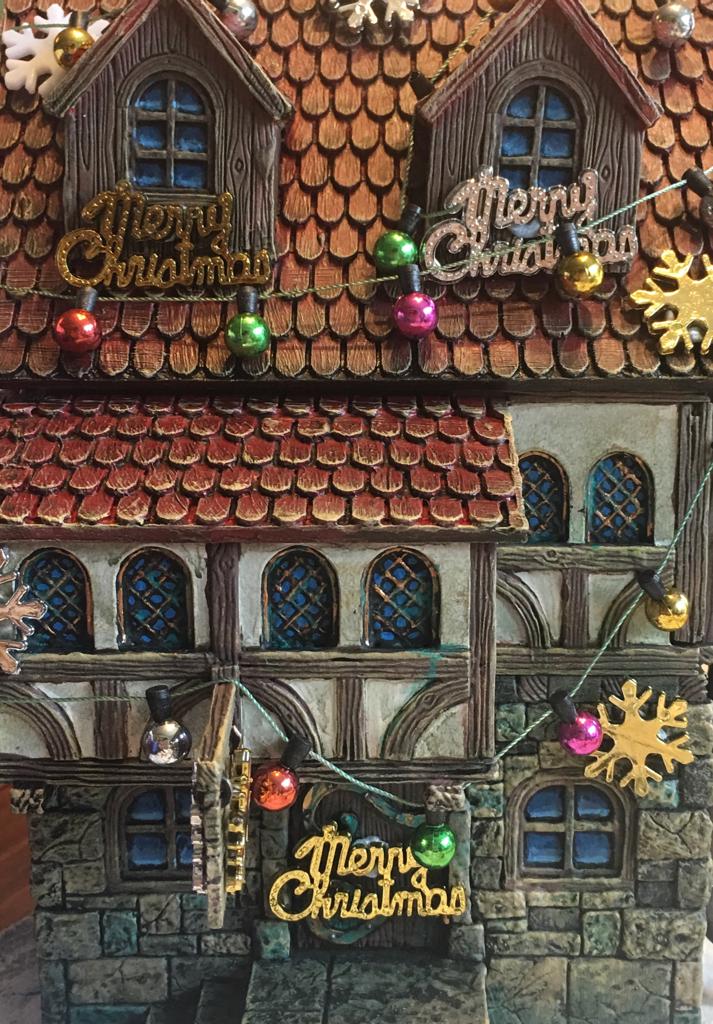 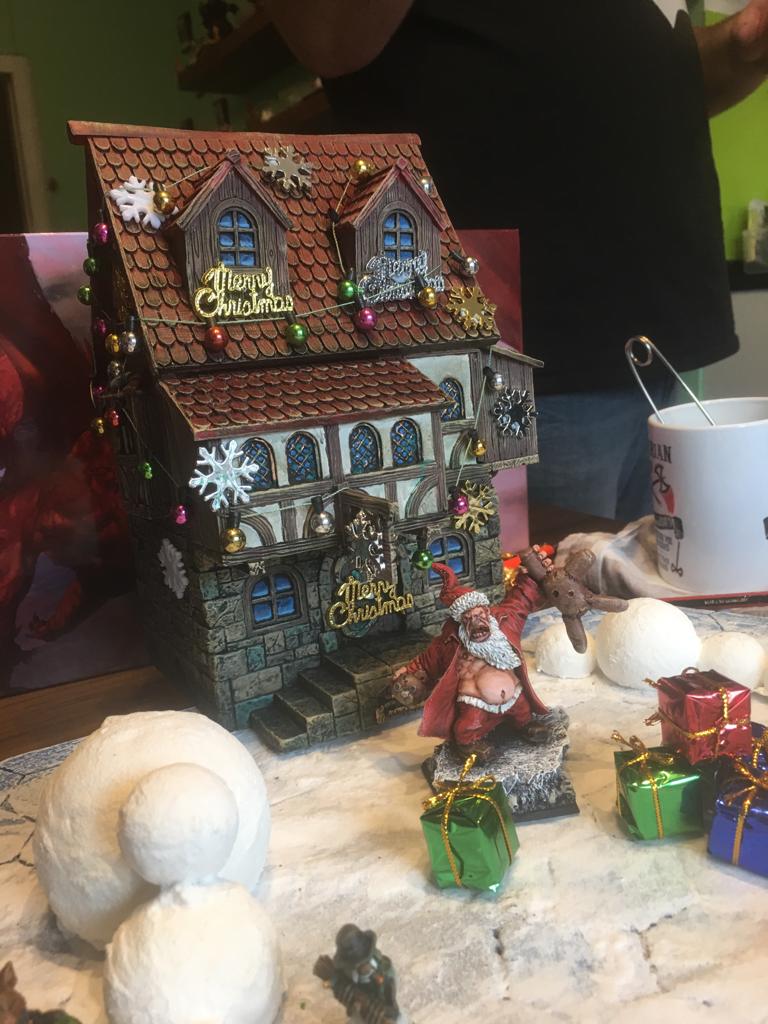 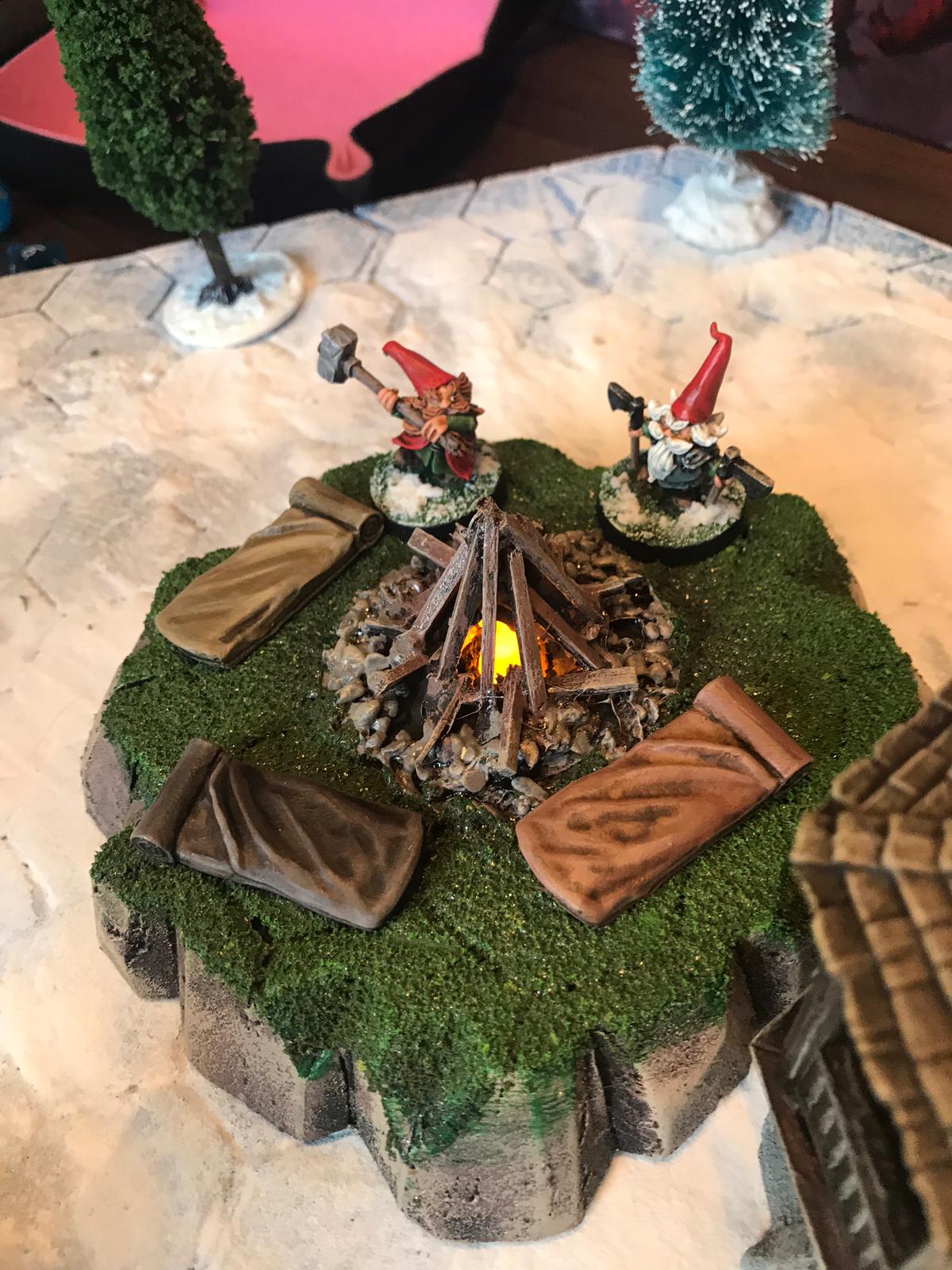 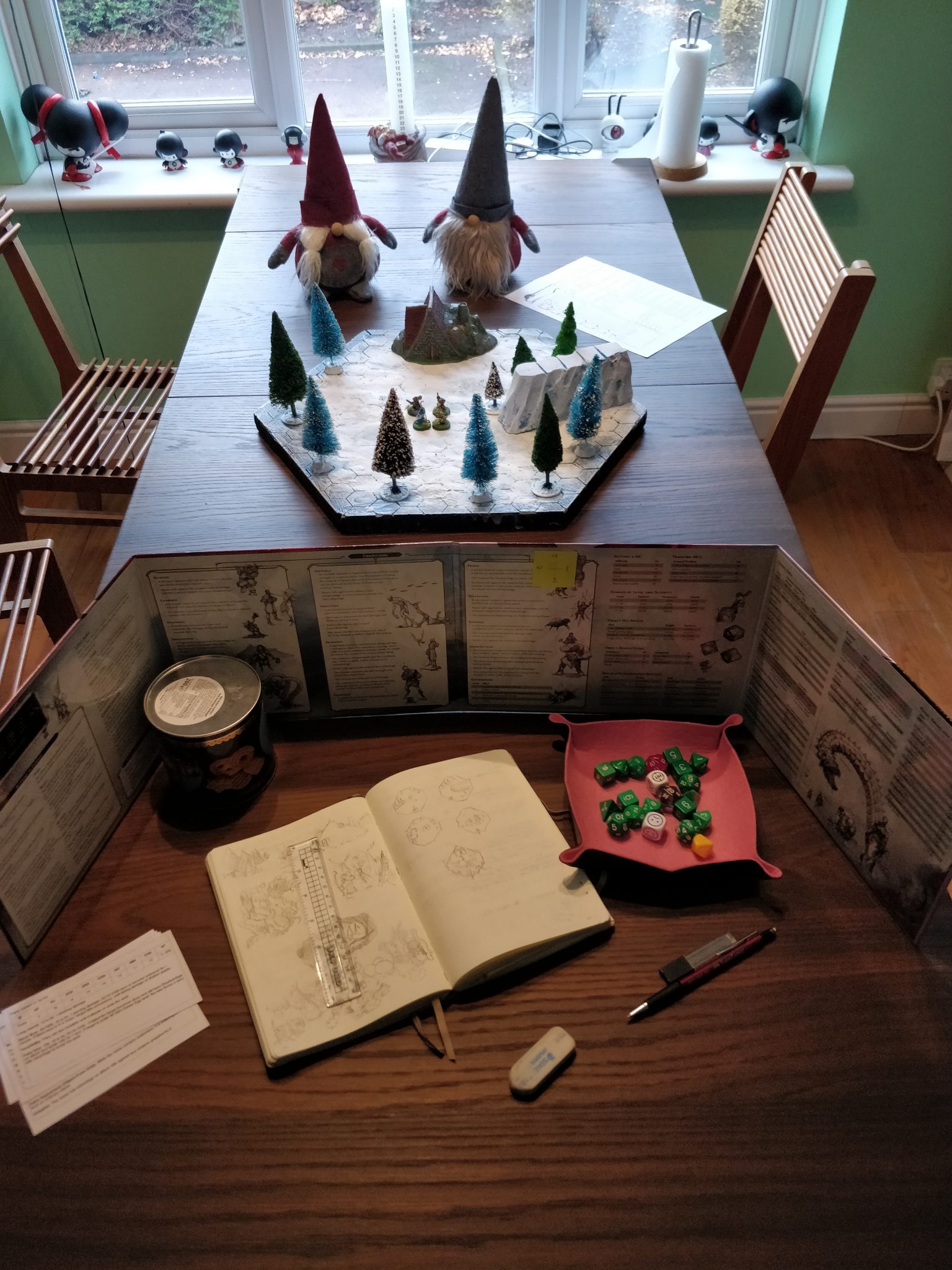 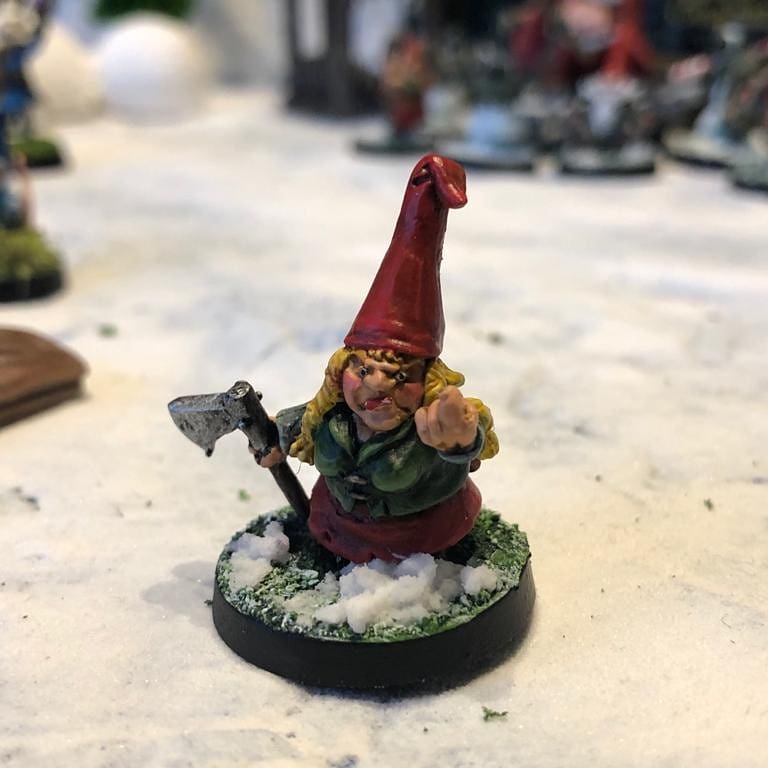 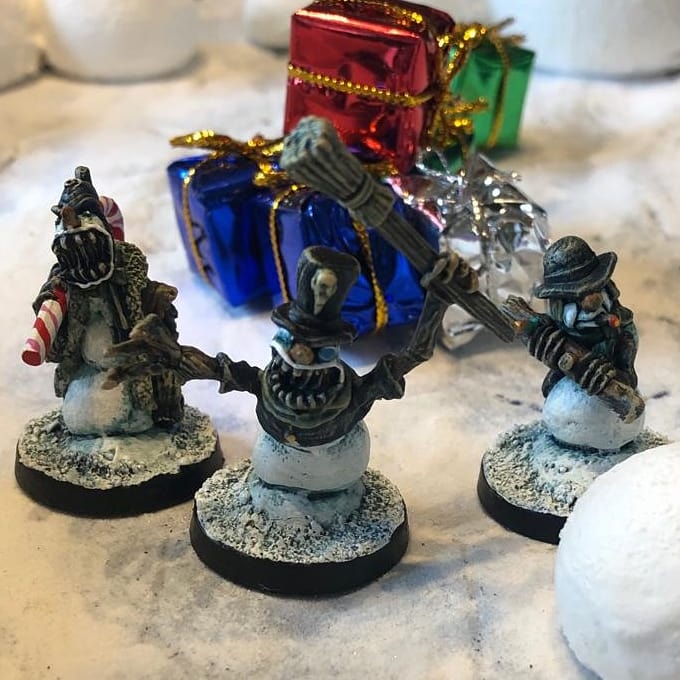