“You just give us a shout when you want us to pick you up. Bye!”.

Bebbie the Beholder Bartender’s last words were still echoing in Penny’s ears as the the interplanar tavern “Here today. Gone Tomorrow.” vanished leaving Penny in the familiar surroundings around the city of Equilibrium.

The same city she had studied necromancy in before she was kicked out of school for burning down a laboratory.

As Penny Purplespark, the Necromancer, arrived, her first instinct was to find the “Amazin’ Glazin’ Bakery” where her friend, the half-elven Cleric Autumn Emberlynn worked for the old Red Dragonborn Carnavix crafting flame-baked, fairydust-sprinkled cupcakes. 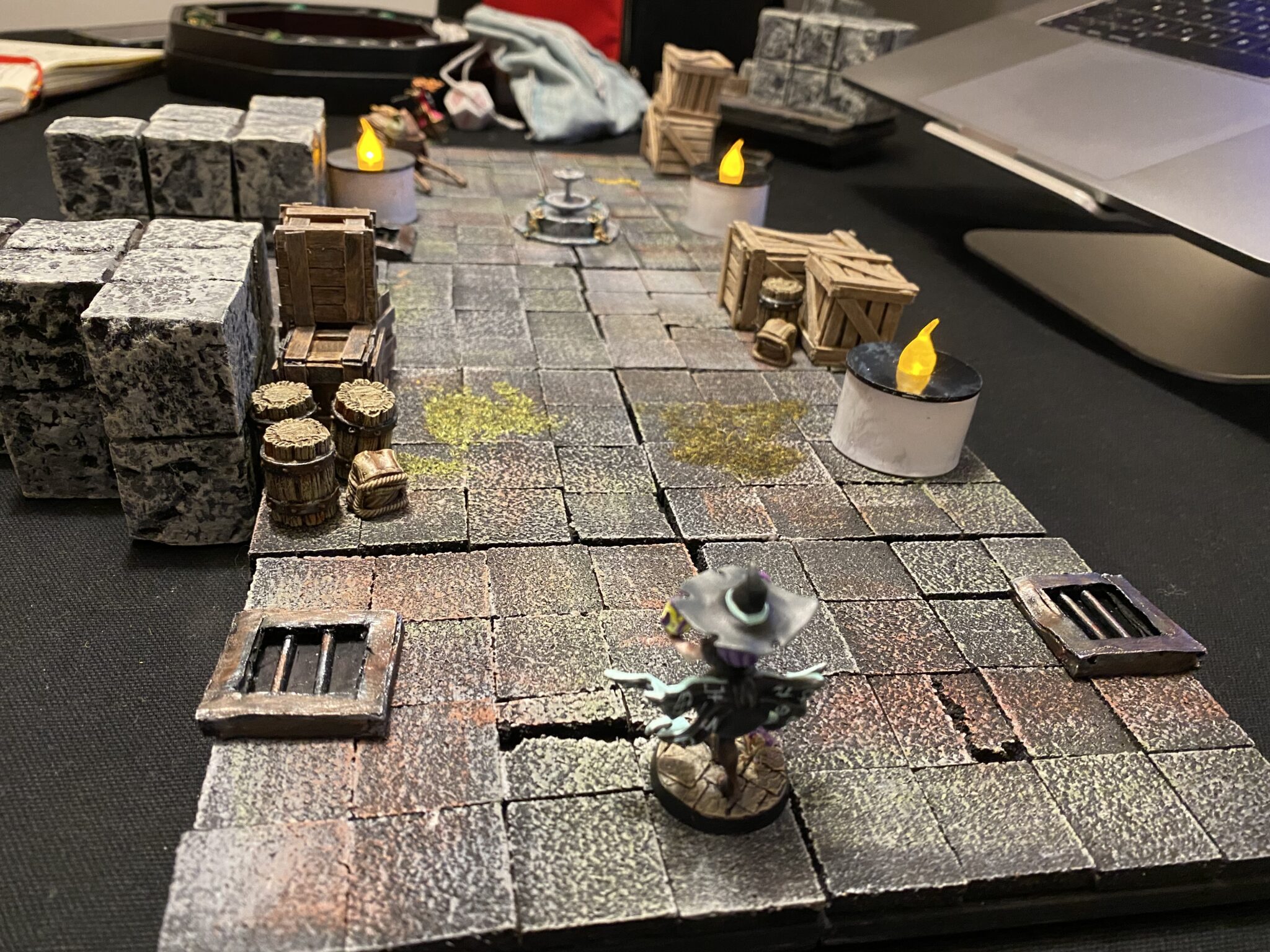 As she approached the bakery, a young woman came fleeing from three other women, all dressed in beautiful dressed with some element of pink, with the lady leading the charge fully dressed in pink.

Penny immediately approaches while shouting at the women “What is going on?”, however, they brush her off as the pursue the fleeing woman.

Meanwhile Autumn here’s the commotion and steps out of the bakery to see her friend Penny who she hasn’t seen for 5 years. 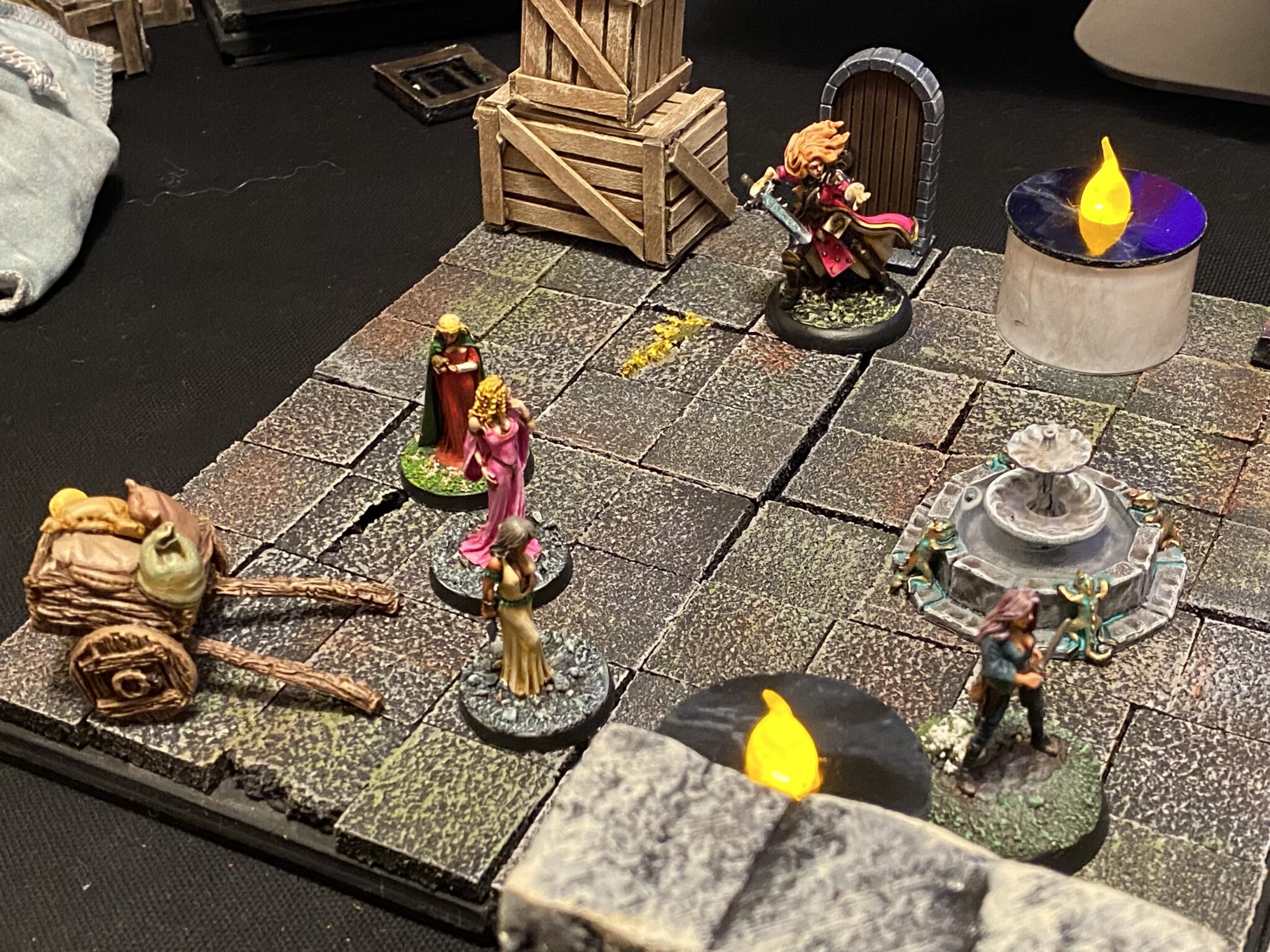 While the two friends quickly connects (Double Trouble is back in town), the chase has run around an alleyway out of site. 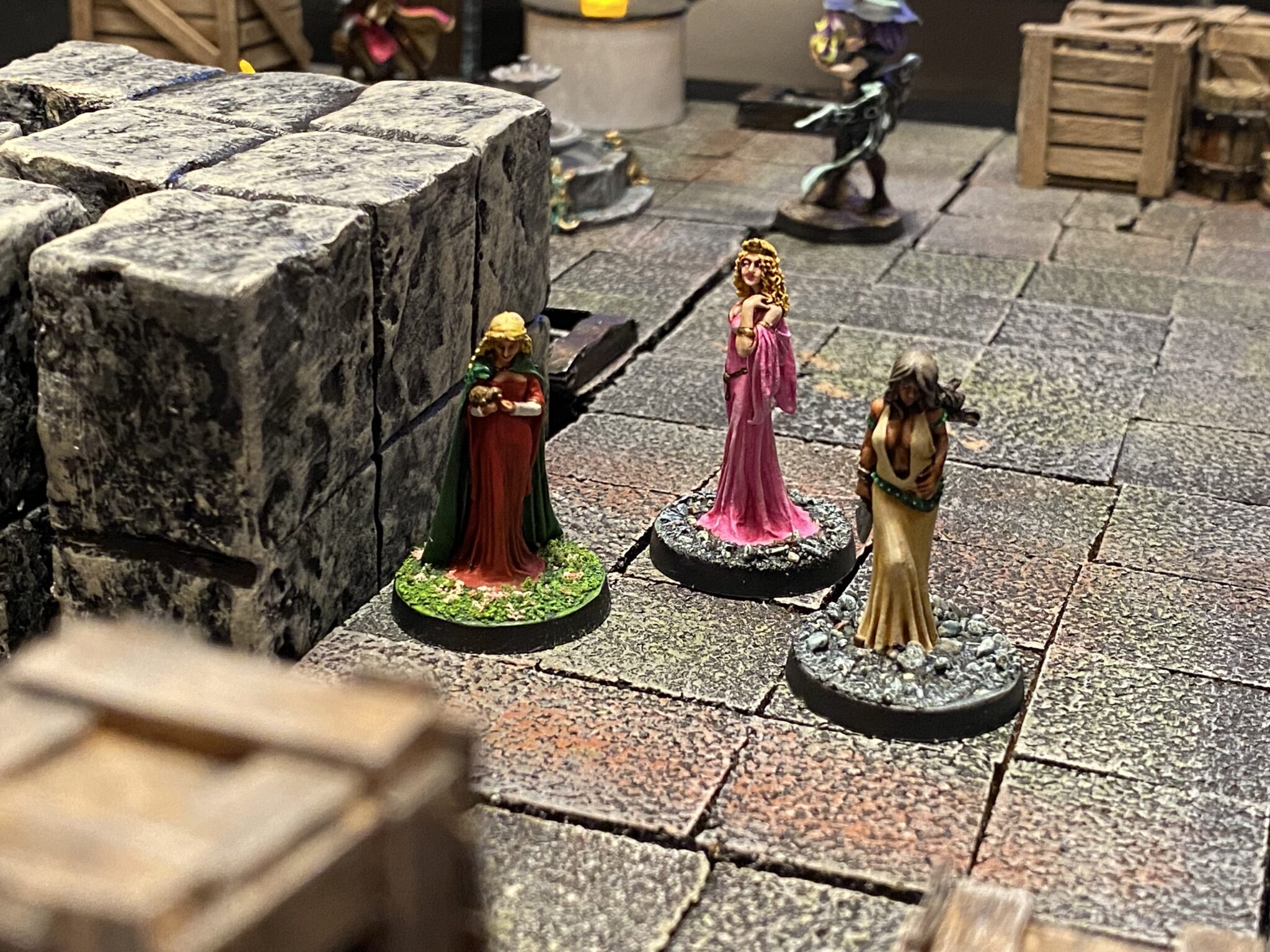 Concerned for the fleeing woman’s wellbeing, they shout for the Keepers of the Balance, the local city guards, before approaching the shouts and commotion around the bend in the alleyway. 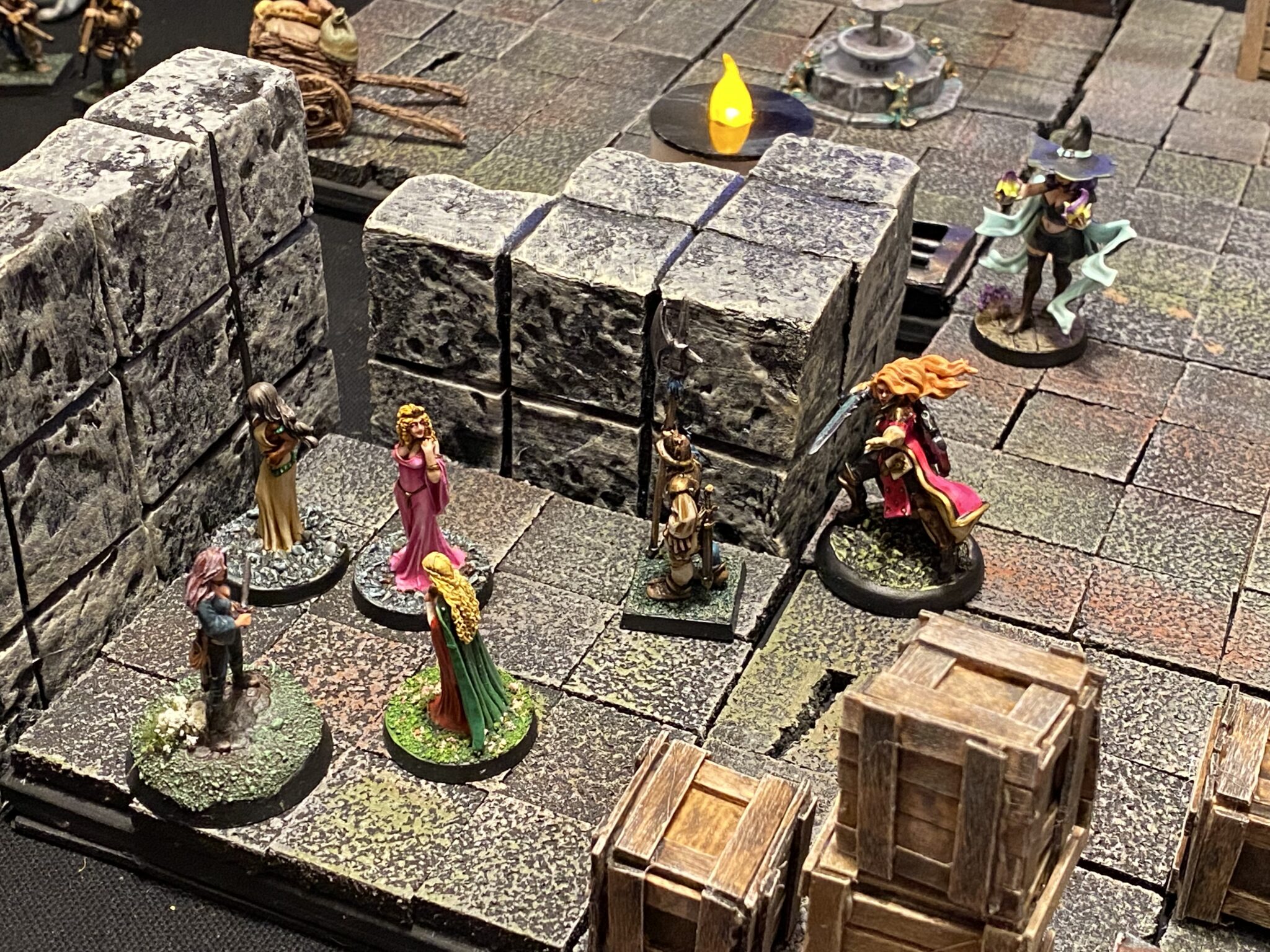 Knowing the Keepers of the Balance were still some way away, Penny cast a Silent Image of a guard to at least stall the fight, which gave the fleeing woman a chance to try and slip away. 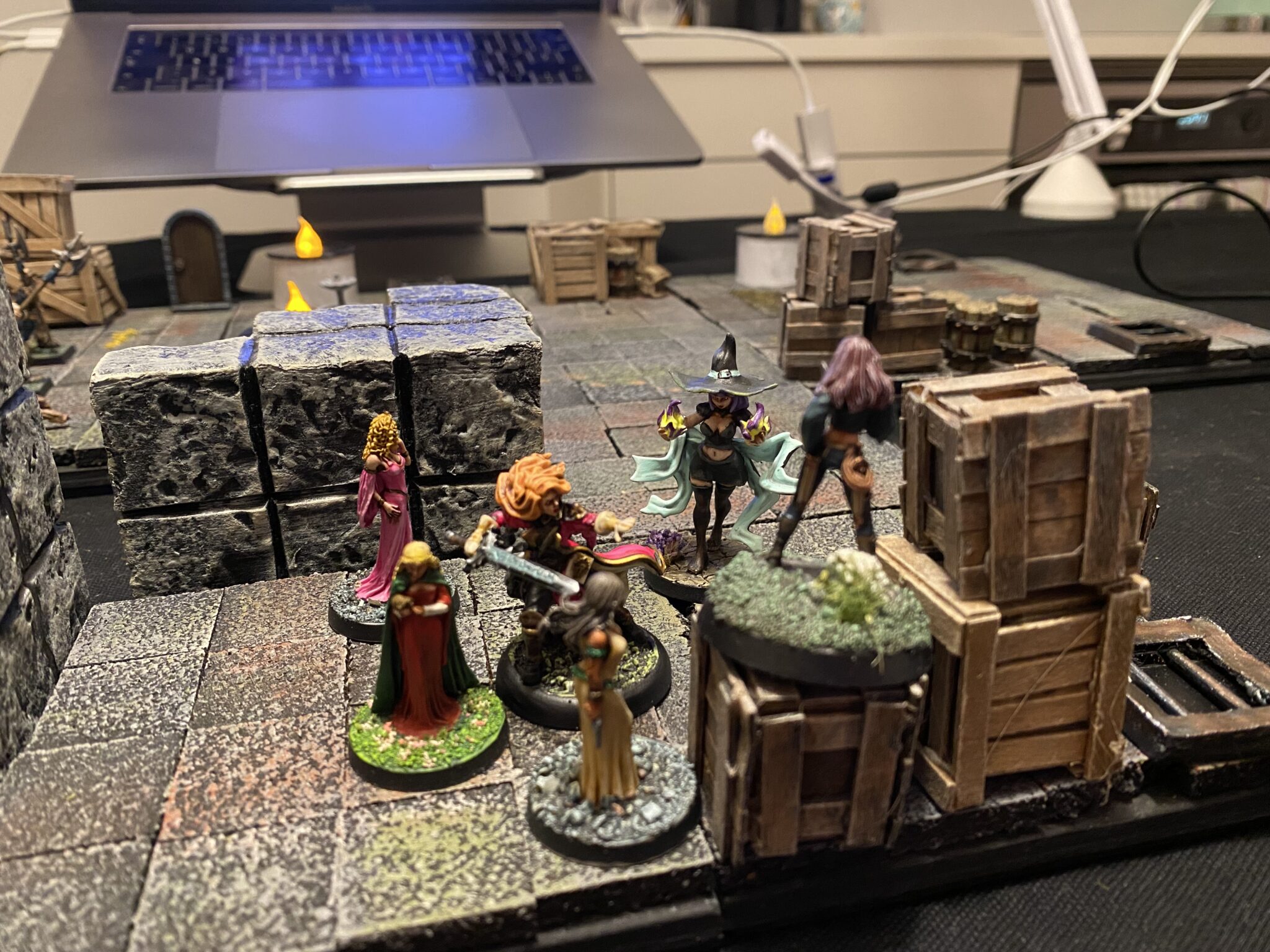 A small, but to Autumn deadly, skirmish broke out and while Penny tended to her knocked out friend, the fleeing woman tried to slip down between the bars of the nearby drain.

The Keepers of the Balance arrived and the leader of the pursuing women tried to persuade them to turn around, but Penny stopped the attempt and the Guards stepped in to stop the fight.

In the confusion, the fleeing woman escaped down the drain leaving the guards puzzled as to the motive of the brawl and in the end asked the Pink Ladies and Double Trouble to part ways and not make more trouble.

Back in the bakery, Autumn explained the three women were part of a clique called The Pink Ladies one of many chic groupings that had emerged following the opening of The Blitz Ball, the biggest and most desirable party in town.

Wave of the Wand

The next morning the heroes left to visit The Wave of the Wand, a bohemian tavern doubling as hang out for the local Necromancy students.

Autumn, pure of spirit, had never approached the place and reluctantly she followed Penny inside only to turn around frightened by what she saw: A blackened tavern, fully of crooked furniture and necromancy students and hang-arounds all being served by skeletons walking up and down with beverages and foods.

While Autumn regained her bearings outside, Penny caught up with her old friend the somewhat tall and skinny halfling with dreadlocks, Harmony Hall. The weed smoking owner of the Wave of the Wand had taught Penny the basics of cocktail-making, a skill that had served her well after having been ejected from the School of Necromantic Studies.

Outside, Autumn was passed up by a concerning Cleric from the Temple of Helm the Vigilant One, the sworn enemies of the School of Necromantic Studies.

She managed to divert the Cleric and her guards and with a deep breathe joined Penny inside the tavern to learn more about The Blitz.

Afterwards Penny and Autumn visited Penny’s old student friend in the dormitory, the talented necromancer Oaken (aka “The Oak”), who was surprised at the timing of Penny’s arrival as new evidence had emerged that Fayeth Luxford, another necromancer student from the same year, had been behind the fire in the laboratory.

Penny rushed to Fayeth’s room and found her old professor Maxima Blackstone, who immediately apologised for the wrongful dismissal, but quickly moved the topic to the fact that Fayeth had disappeared.

Being out of thouch with what the students were generally up to, Maxima asked Double Trouble for help finding Fayeth so she could be brought to justice.

After some asking around, the heroes learned Fayeth had become part of the growing party scene and was generally hanging around at The Gossip, which turned out to be a fancy looking tavern, painted in white and gold, run by Pearl, an androgynous albino Tiefling.

While Pearl had seen Fayeth around, they lost interest in the conversation and the only useful information our heroes got was that Fayeth had been spending time with the The Leading Ladies the cliquish enemies of The Pink Ladies.

Grabbing their drinks the two friends leaned up against the bar and watched all the well-dressed patrons of the tavern and lost in thought, they both picked up on a reoccurring topic from the buzzing conversations:

The Blitz and how to get in. 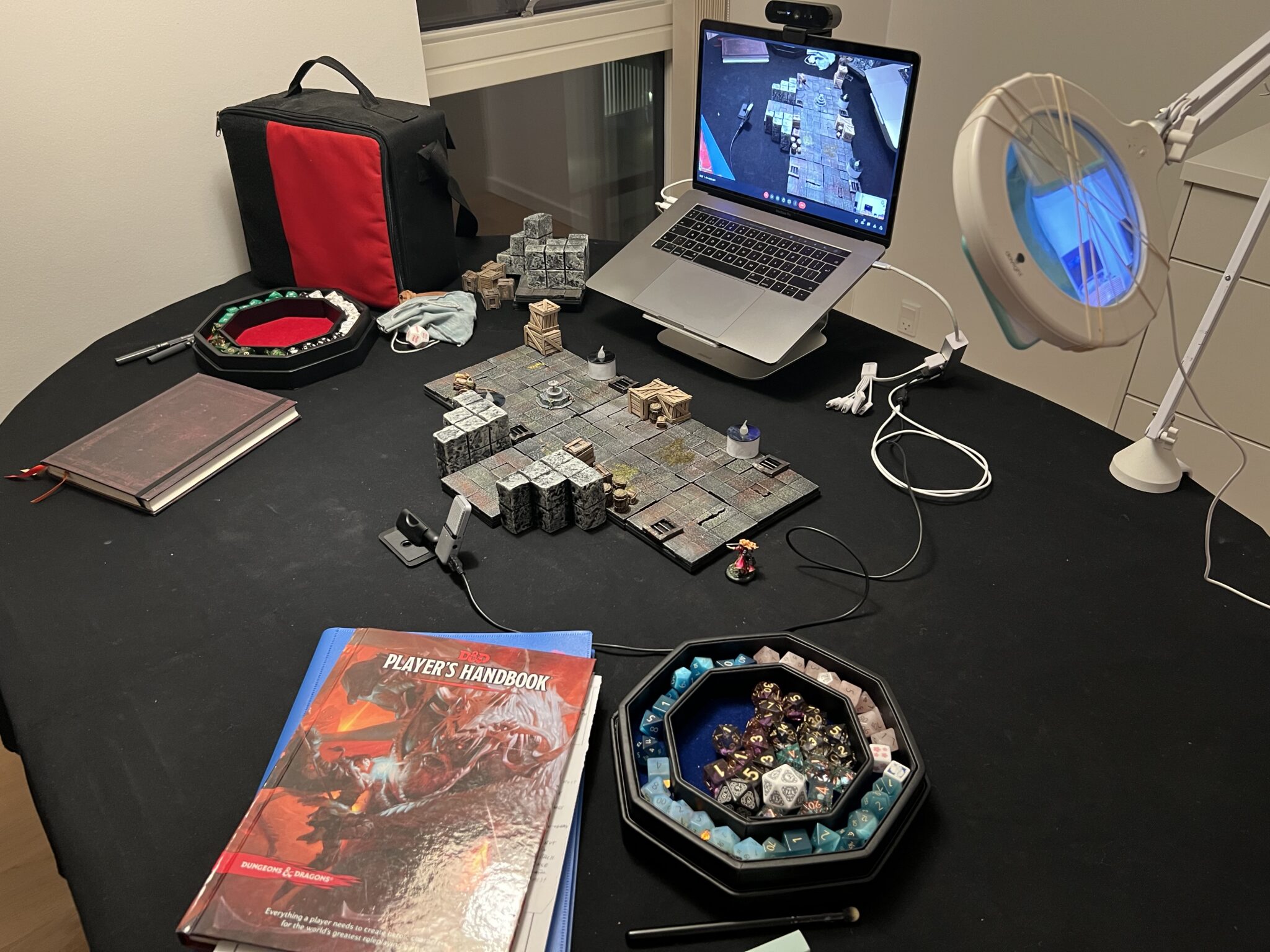