DM note: This came had almost no combat encounters so it is light on photos.

Having learned about a hidden apparel shop run by hags, from Owen, a patron of the Wave of the Wand, our heroes went home for a good night’s rest.

Penny and Autumn woke up late in the morning in their beds in Amzin’ Glazin’ bakery to the smell of the flame-grilled pancakes, Carnivax, the old Dragonborn baker, was making using his morning breath flame.

Having finished the yummy breakfast, Double Trouble headed out in the beautiful sunny day to the alleyway that supposedly hid the hag apparel shop.

Penny sneaked alongside the wall, her fingers following the rough surface of the bricks and suddenly she felt the texture change from rough brick to smooth glass eventhough the wall still looked like brick to her.

She quietly went back to the waiting Autumn and together they loudly started chatting about dresses and wanting to go the the Blitz to make the shop aware potential customers were coming.

Penny did an amazing performance falling right into the role, while Autumn felt a bit awkward acting up like that.

Soon they were standing where Penny had felt the glass and behold! there was now a beautiful shop full of the most amazing dresses and a kind and calm looking elderly women milling about steaming the dresses hanging of beautiful and realistic looking mannequins.

“Oh customers! Do come in”, encouraged Vivienne Westcrumble, the shop assistant, and as the heroes walked in, Autumn case Detect Evil, but felt no foul…. until she was inside! At that point a primal evil unlike anything she had felt before, washed over her.

Inside the shop our heroes inspected the beautiful dresses and while they had been magically made, Penny was certain they were not magical in nature. They were just gorgeous.

In the end the heroes gave in to have their measures taken and Vivienne’s sister, Adele Anthugger, came up from her cooking below and helped take the measurements, before rushing back to her cooking.

Confused, our heroes were rushed out of the store as Vivienne had work to do.

Double Trouble was certain they could use Carnivax’ last flame breath as the last Exhale of the Day.

However, they were more unsure about Mane of a Bane. they discussed finding some evil creature… or simply cutting hair from a horse and fake it.

However, speaking to Harmony Hal and Oaken, the heroes got the sense that trying to trick hags might be a dangerous endeavour.

They also reached out To Professor Gnarlious with the odd scar that wouldn’t heal. It was given to him by an acid attack by a mysterious assailant and same acid had been found in Fayeth’s quarters.

Professor Gnarlious, being the expert on all things fey, could confirm dealing with hags could be perilous and that the words spoken in the Fey followed a different, more literal logic.

Mane of a Bane

Equipped with more knowledge of hags (and Feywild in general), Autumn and Penny went to The Gossip to speak to Pearl, the owner of the tavern, to learn more about the habits and movements of the Pink Ladies.

Indeed, Rizzo and a couple of her Pink Ladies were in The Gossip.

From Pearl the heroes learned about how Pink Ladies were often some of the last to leave The Gossip before closing time as their home, the Pink Mansion, was close to the tavern.

Penny and Autumn stepped out to plot a plan for Penny to turn invisible, run up and cut hair off Rizzo and then flee the crime scene.

However, after waiting for a couple of hours, they suddenly realised they had no scissors!

After a quick argument, Autumn reluctantly handed over a javelin, which Penny snapped in half over her knee.

She then cast invisible just at the same time as Rizzo and her Pink Ladies walked out. In surprise Penny stumbled backwards and while Autumn might have caught her, the Cleric was still angry about her javelin being broken, so she let her friend fall flat. 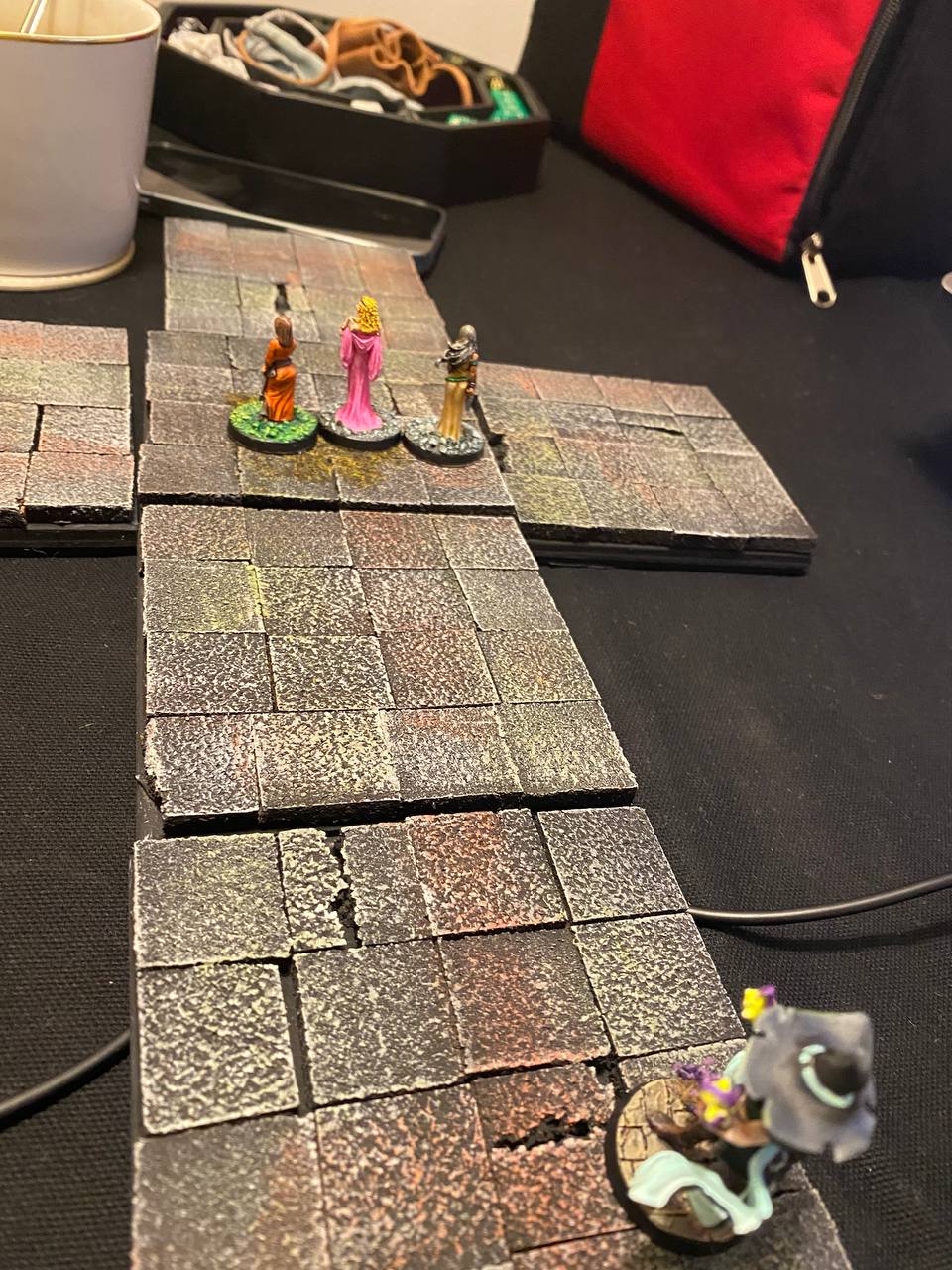 Miraculously, neither the fall or the subsequent argument was heard by the Pink Ladies and Penny swiftly followed the trio and cut off a good chunk of Rizzo’s long hair.

The Pink Ladies went into a panic but with Penny being invisible, she was able to sneak away easily.

Last Exhale of the Day

Back at Amazin’ Glazin’, Carnivax was getting ready for bed.

As per his habit, he used the last feeble flame breath to light his night stand candle before falling into a deep sleep.

And it was an easy task for the heroes to grab the candle. Job done.

The heroes up and early left a note to Carnivax that should they not return, Oaken would have the info of where they were.

With that they rushed to Oaken to tell him everything before heading to Dreamy Dressmakers.

Vivienne Westcrumble was delighted with the material and promised to have the dresses ready in a couple of days.

Having a few days to spare, Double Trouble took it easy and stayed out of trouble.

However, something was nagging Penny. Having almost lost her name in a Fey market, she had a growing worry in her stomach and when she heard Carnivax had a cold, she started panicing.

As the heroes rushed home to Amazin’ Glaxzin’ they found Carnivax wrapped in a big scarf unable to conjure even the smallest flame. He brushed it of as being a cold, but Penny was not so sure.

While Penny and Autumn discussed what could have happened, there was a commotion outside on the street.

Penny grabbed Autumn and pulled her outside to find out what was going on.

and as soon as they stepped out they heard a angry shout:

“I WILL FUCKING KILL WHOEVER DID THIS!!!”

The voice was that of Rizzo. Familiar, but gone was the cool condescending tone, replaced with pure rage and hatred.

As Penny and Autumn watched, Rizzo came into view with the entire Pink Ladies gang in tow.

Her head was completely bald as if she never had hair. Even her eye brows were gone! 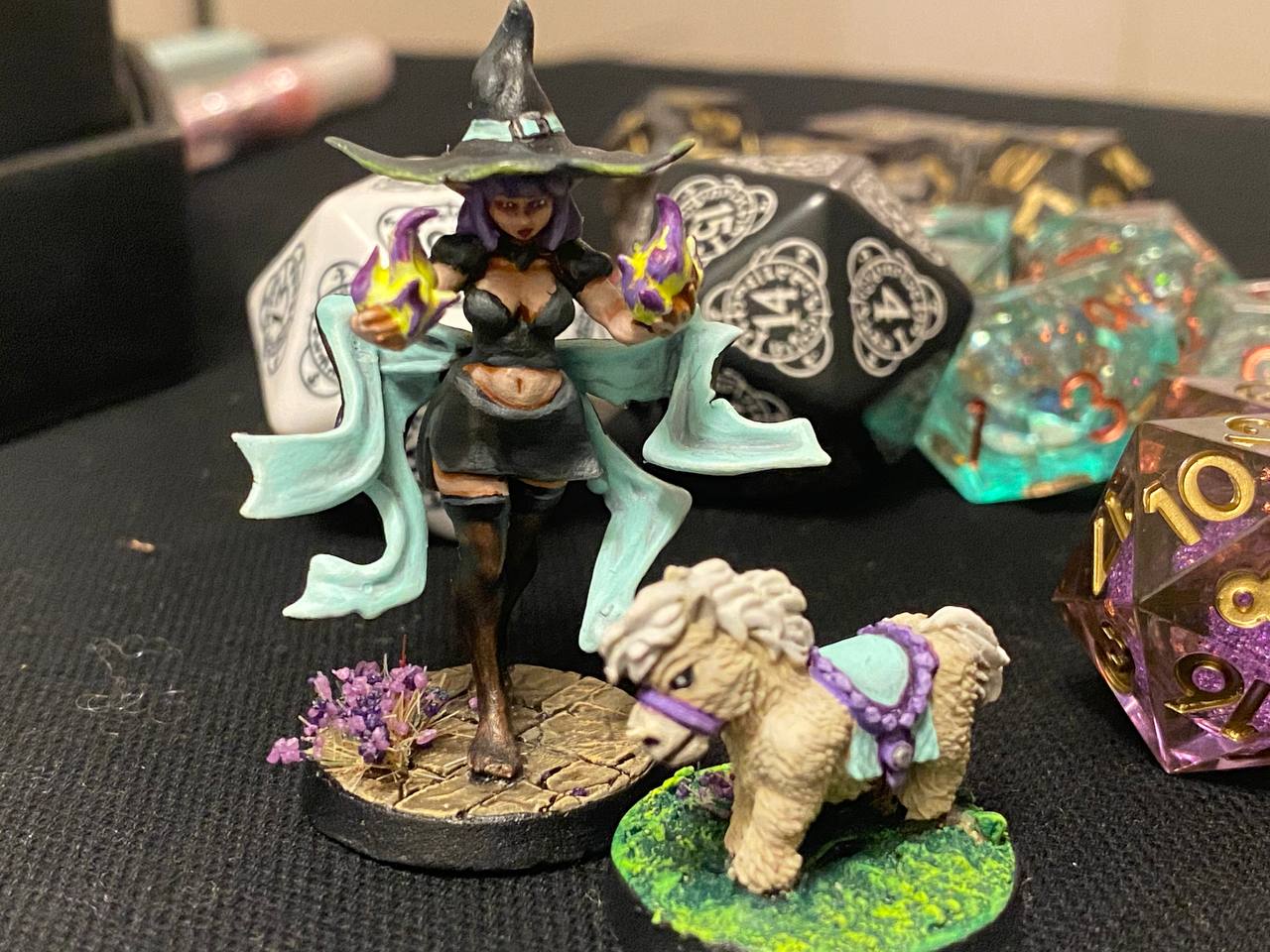