Having retrieved the soul of the evil bandit captain Larsen Qu from Avernus, the party arrived knackered back in Lyrayara late at night.

Exhausted the party withdrew to their chambers and fell asleep.

A few days later they woke up in unknown surroundings in The Masquerade and was taken before the Shadow Queen as her guests. Here they handed over the scroll containing Larsen Qu’s soul for extraction.

As this process took some time, the party went shopping in the home of the most ancient and secretive of all criminal organisation. Here the individual party members had mini adventures in the amazing market 99 Fingers

The party’s shopping was cut short and they where shooed away by their chaperone Derek DimpleWittle under the excuse that Trueborn were attacking.

This turned out not to be true and the party found themselves lured into the gladiator arena known as Circus Massacro.

Here the party faced waves after waves of foes (Rogues, Wererats, Stich Golems, Harlequin Assassin and the Shadow Queen herself) and emerged victorious.

(I must admit I expected the party to escape through the doors, the drains, climbing the walls, whatever. I didn’t expect them to keep fighting on and even win! In fact, only one party member got knocked out and that was to the end when facing the Shadow Queen.)

The Shadow Queen had a spendid time not having had to step into the arena herself for ages and she gave them the information the party was looking for: The location of Fortress Fata Morgana where the final daughter of the Unseeing Eye resides. 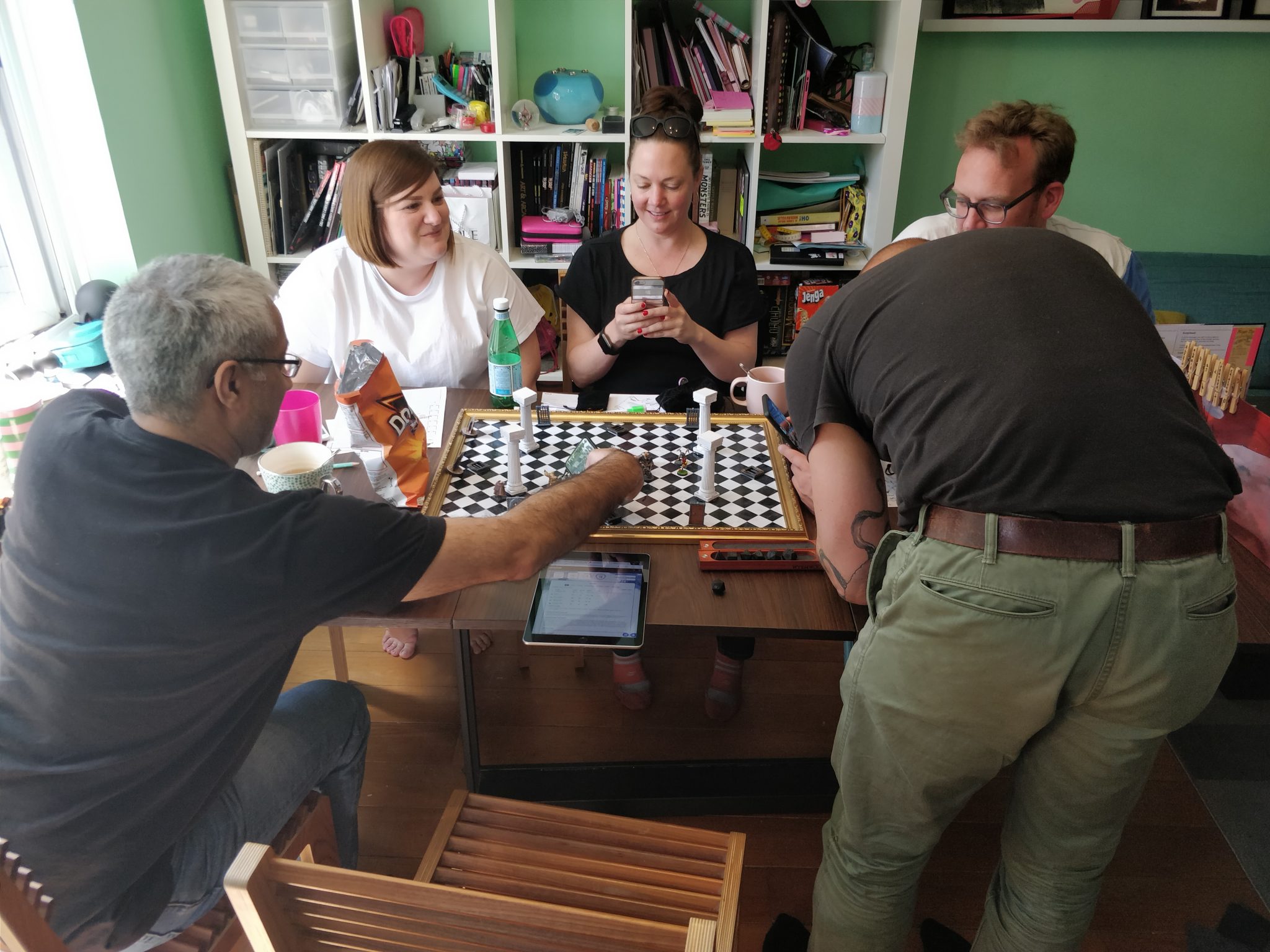 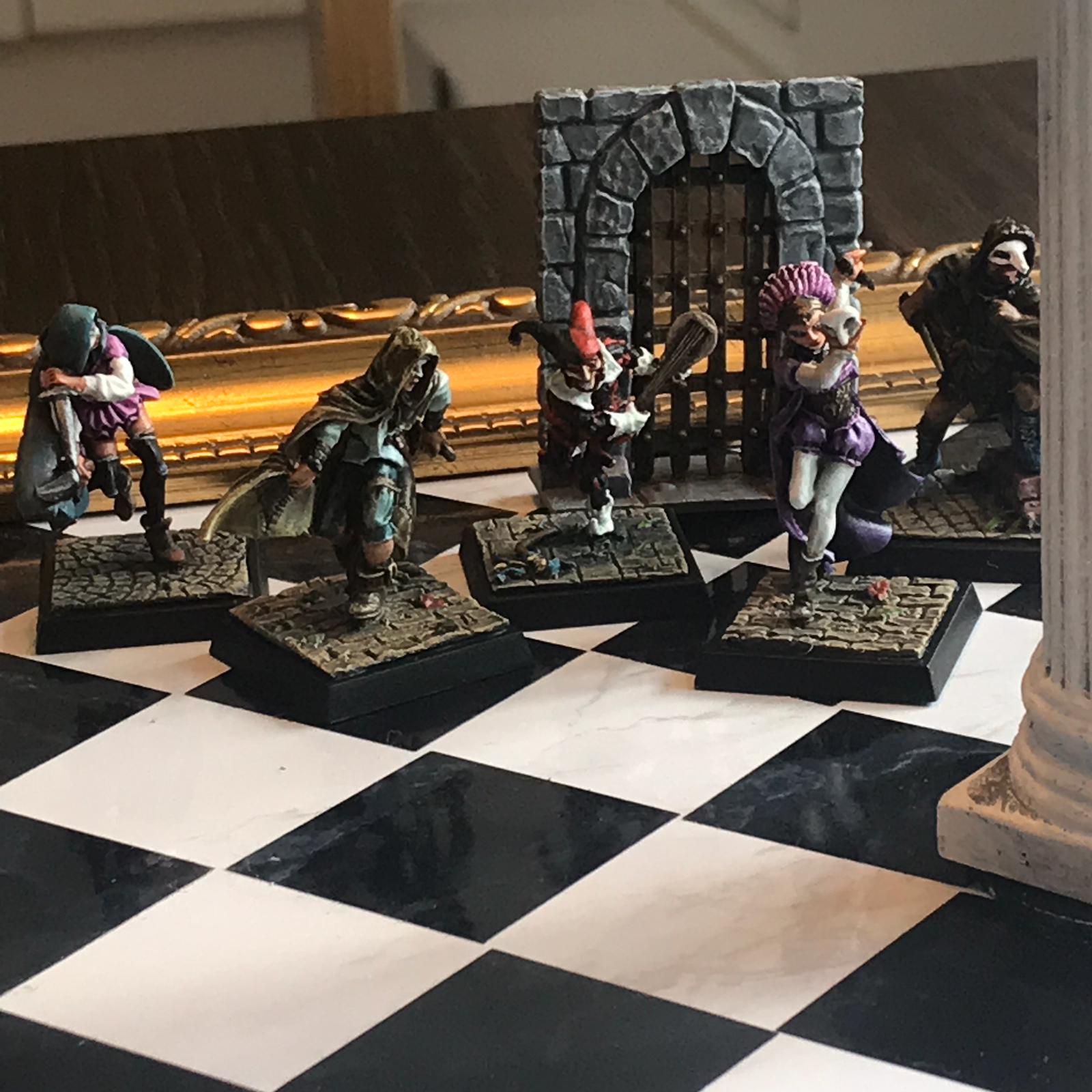 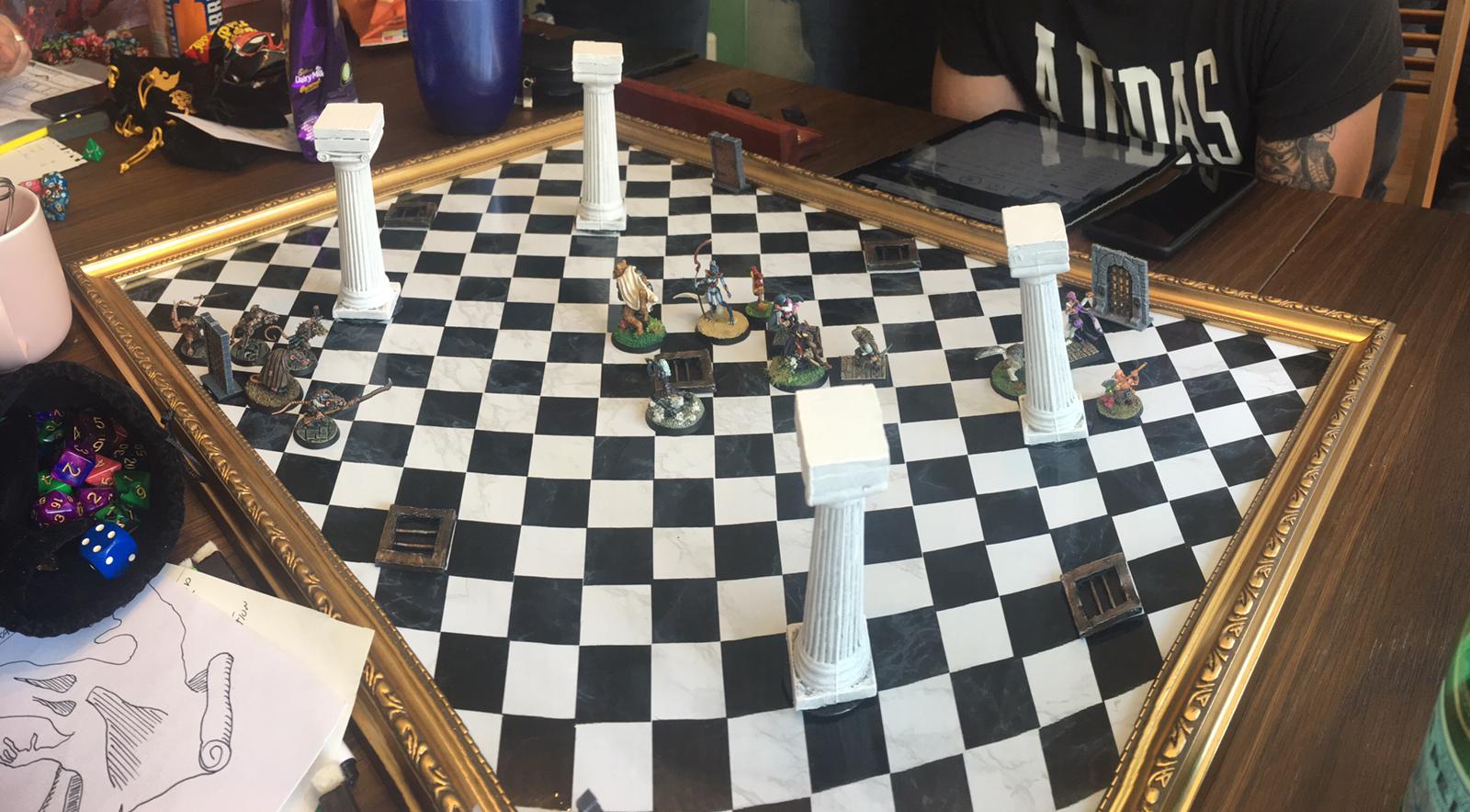 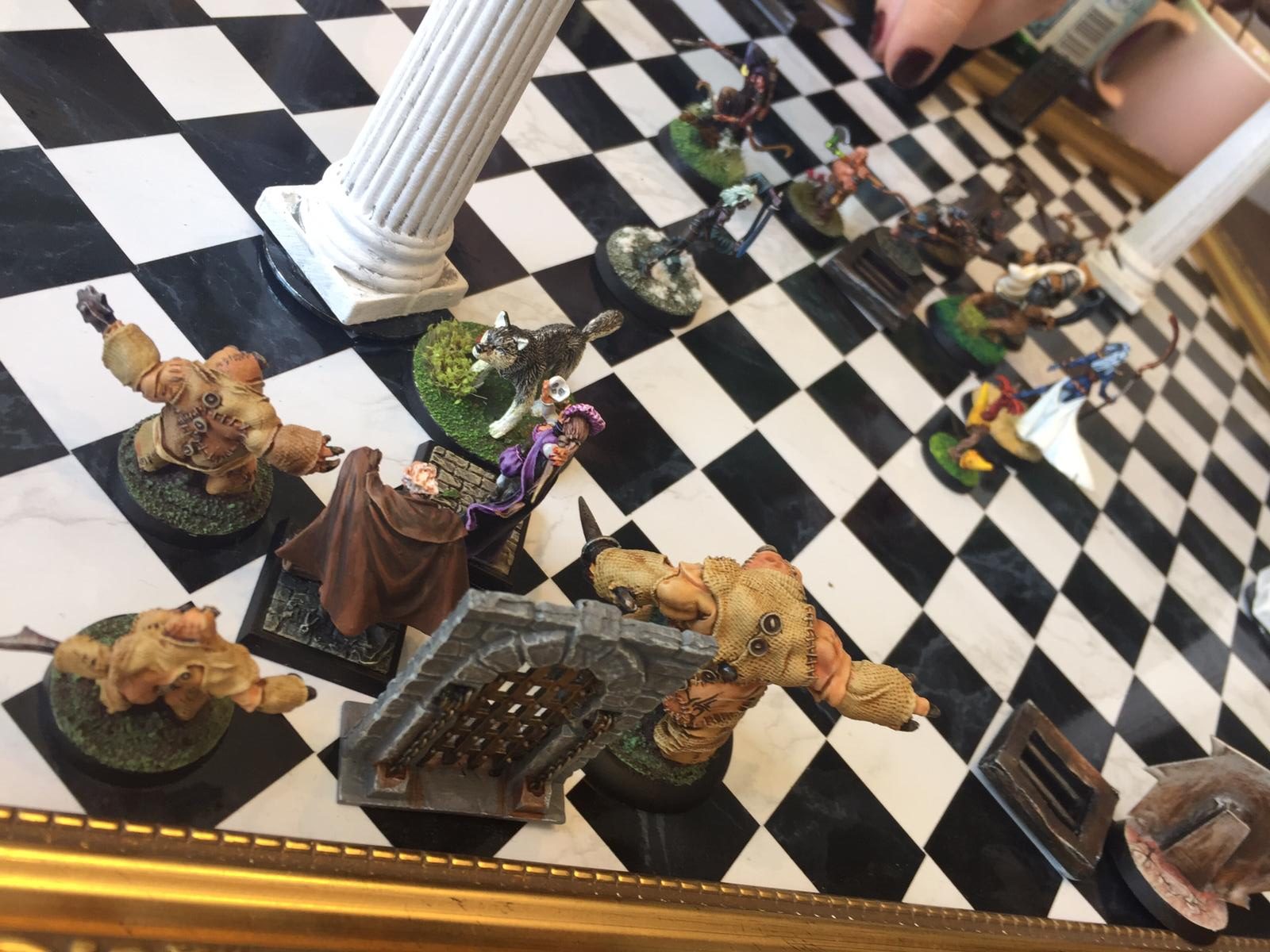 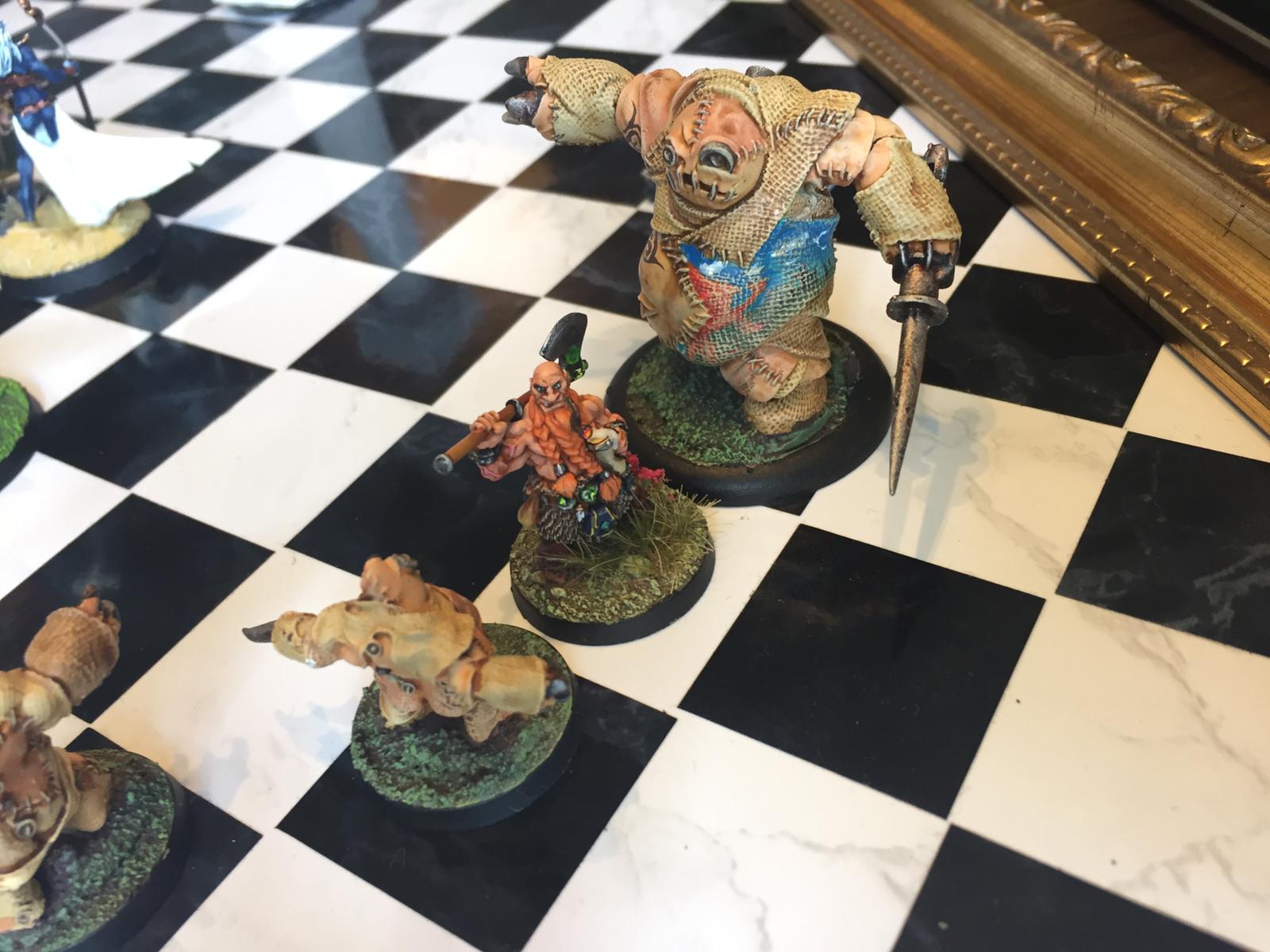 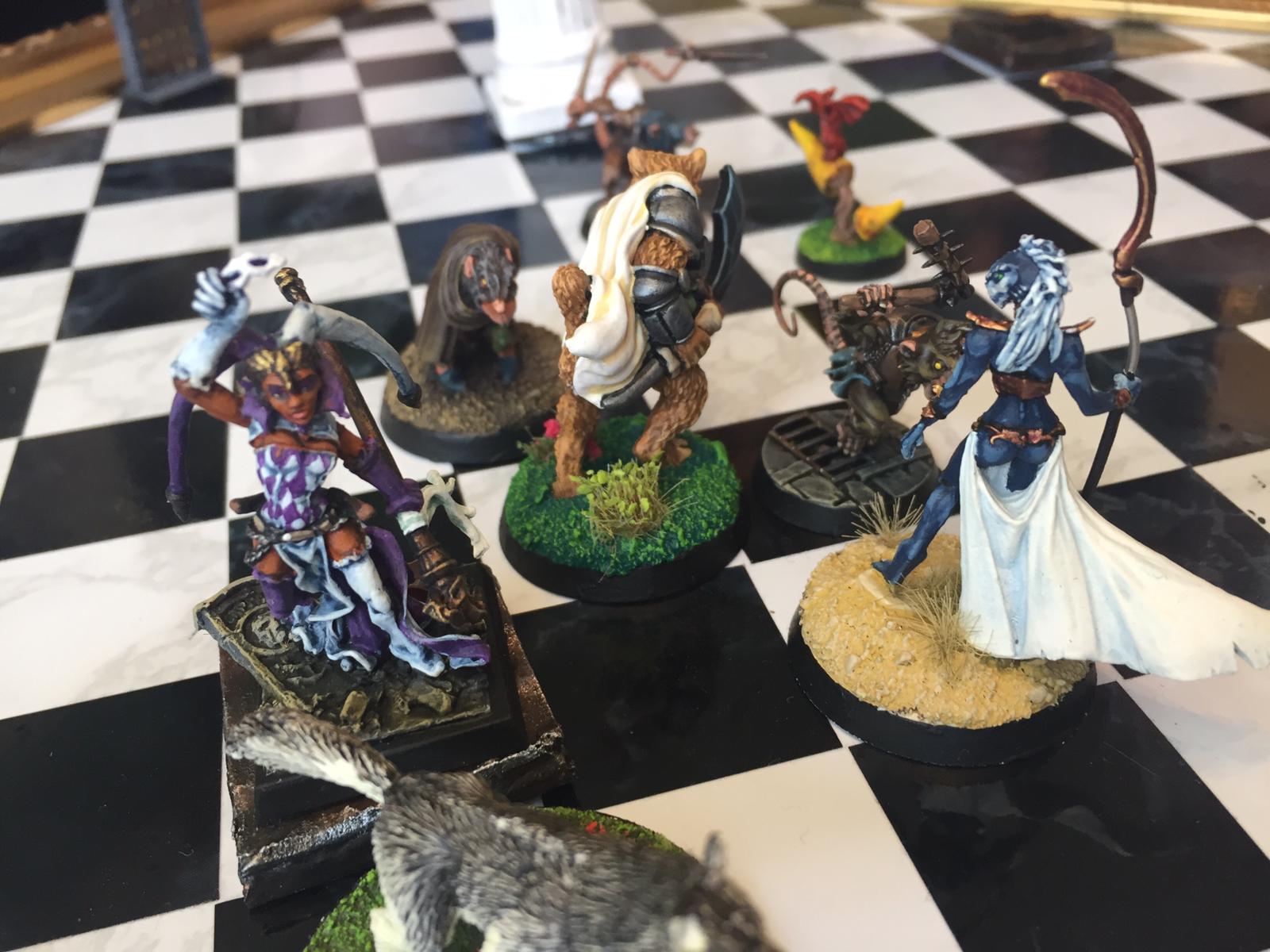 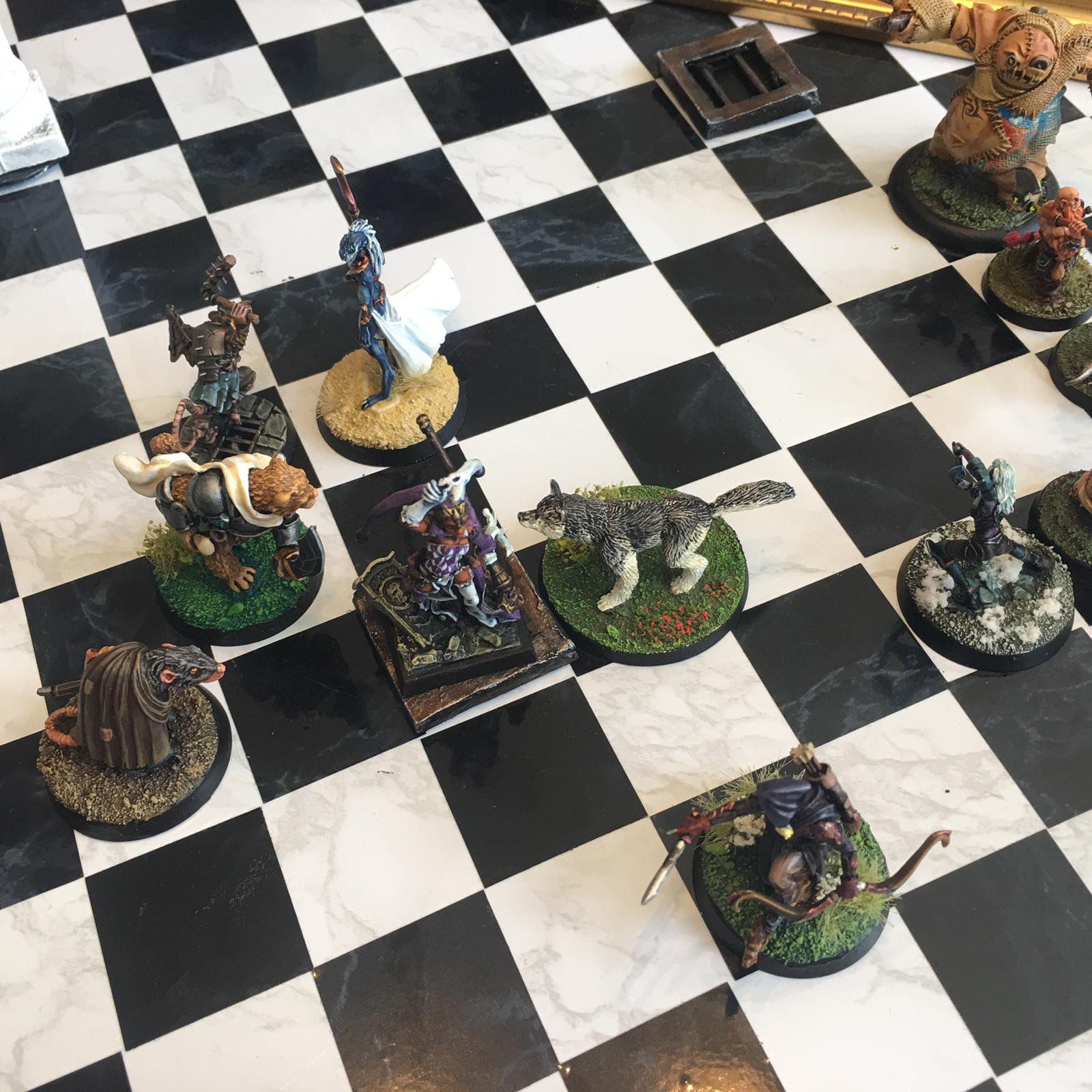 The party (and the players) were too drained by the time they reached the Shadow Queen, but I have photos of her below 🙂