But it did take longer than I anticipated as I expected it to be a quick drybrush job and I guess to a certain extend it was.

I painted it dark brown and drybrushed it with a lighter leather brown. So far so good. All according to plan, but it didn’t quite look like what I expected. It looked like a young healthy tree rather than a possessed piece of walking lumber.

I did toy with the idea of giving it an inner green glow similar to what you would find on certain Cryx models, but it felt like possession overkill.

So instead I decided to give it a round of drybrush with a light grey colour to get a more dry and old wooden look.

However, it didn’t turn out quite right, it looked more like a scorched ash-covered tree which I didn’t want as I still wanted the tree to have a living feel.

I gave it a wash of green to give it a feel of moss and other vegetational growth, but over did it and now had a very healthy spring looking green tree.

But it was getting better so a quick drybrush of leather brown and a really light drybrush of light grey and I was happy.

At this point I decided to soak its claws (branches?!) in blood to make it terrifying… it looks alright but not sure whether I was happier with it with out. But now I’m not changing it anymore so will leave it with blood soaked digits. 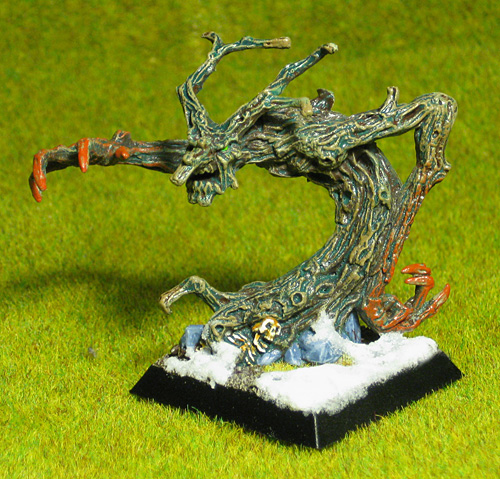 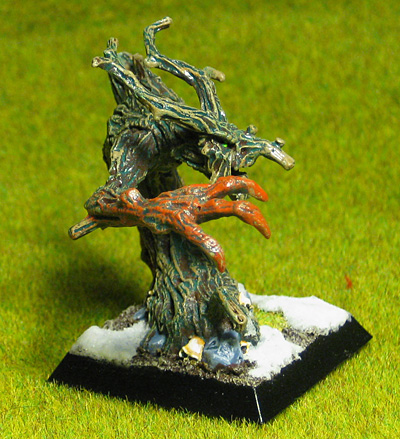 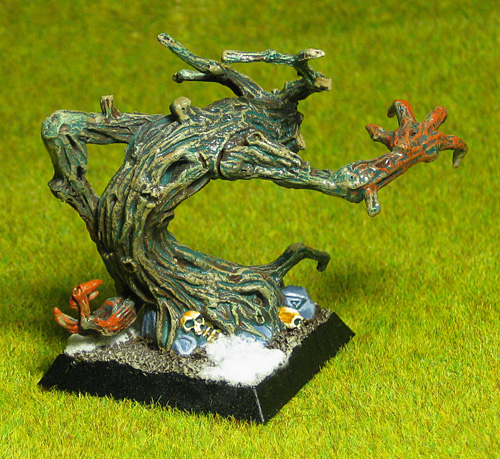 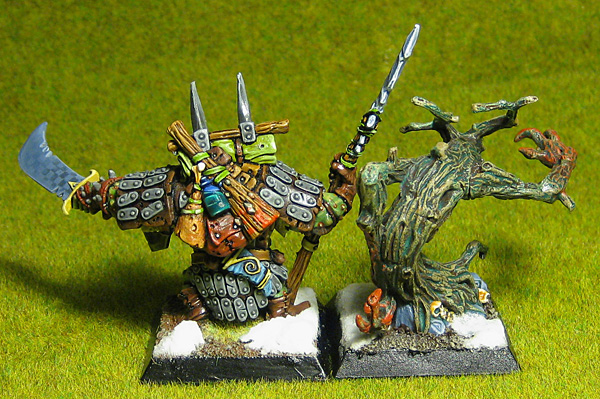