I started painting Grakkha as my first Confrontation miniature. However, his skin is very difficult with all the bumps and lumps so I put him on the backburner and decided to paint Kolghor instead.

This is the first time in many years I have spent so long on a miniature and I am really happy with the result.

The armbands turned a bit red’der than planned but red ones go faster we all know this.

I really like his hat which turned out to be a bit lighter than I planned but I really like the colour as it fits my idea of a leather clad Tibet warrior so I want to use the same colour on Grakkas coat.

I love the amount of small random details on Confrontation miniatures and Kolghor is not an orc to be left behind carrying several stones for his sling all over his body and a little pet frog on his shoulder.

The froggie turned out really nice as its colour is so different from the colours on Kolghor making it clear it is a living entity of its own… it reminds me of Kermit’s nephew Robi. 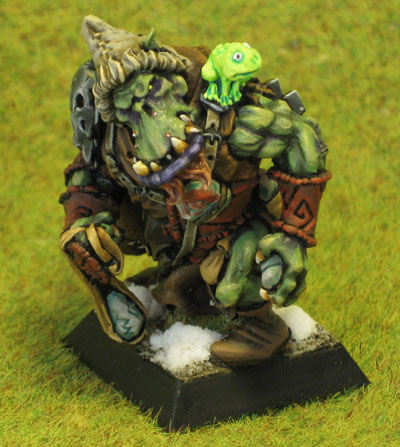 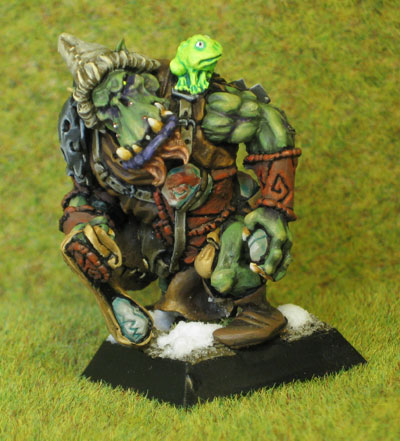 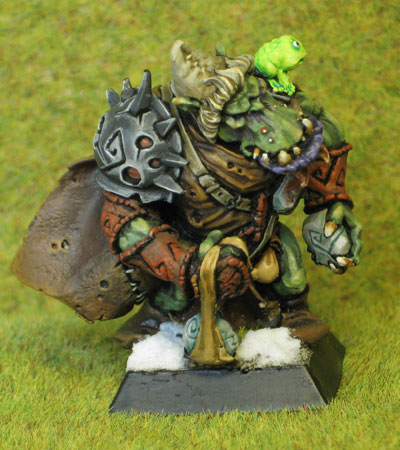 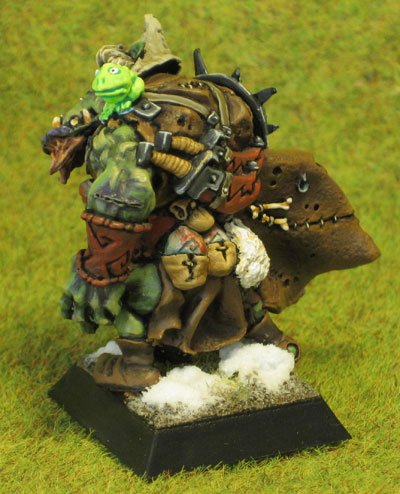 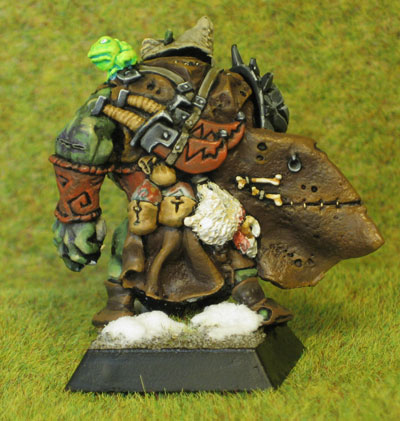