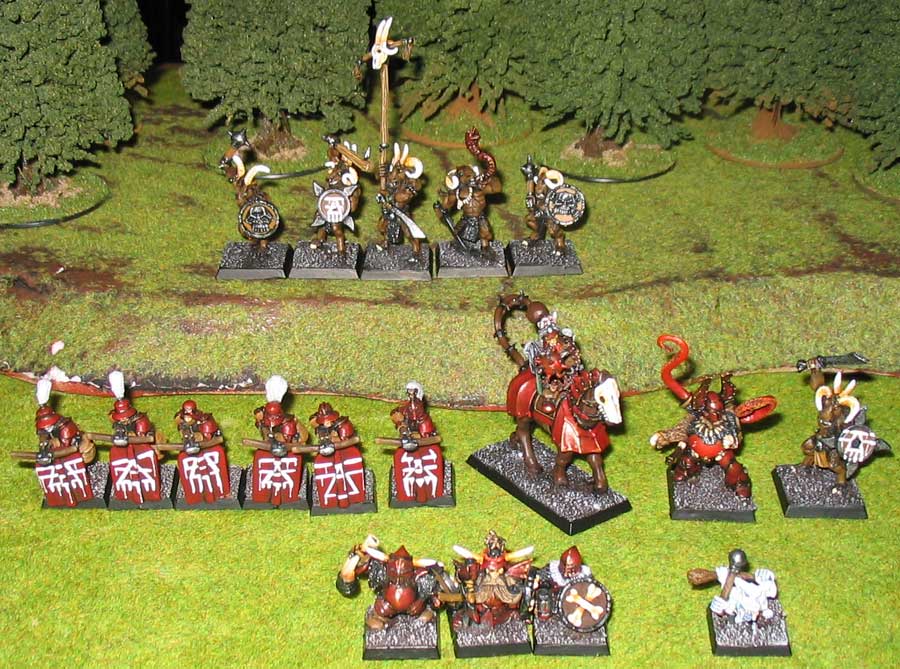 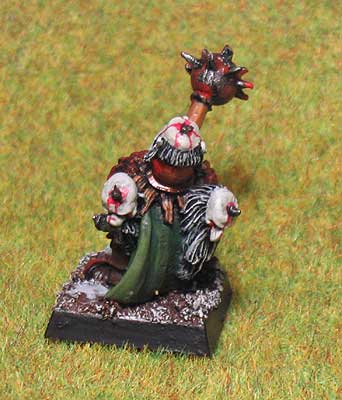 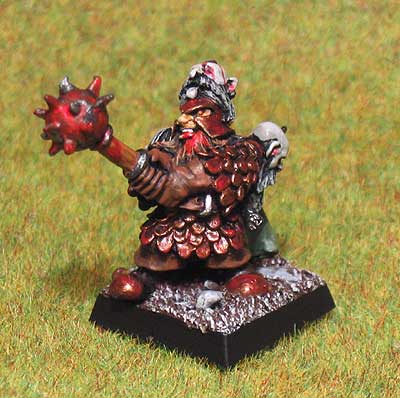 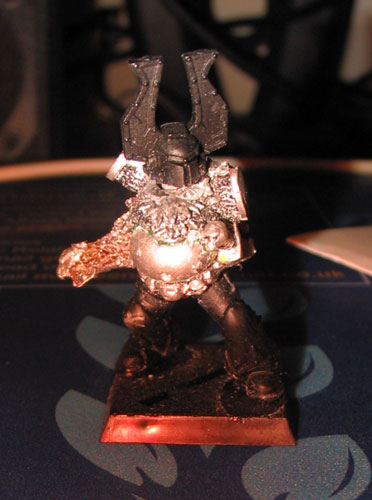 Diary of Adrian the Mole

Now I was ready to becone a Daemon Prince but guess what happend, I ran into these bunch of no-names led by a Dark Elf called ShadowBlade. I don’t think think they were playing all fair. I mean come on, two of the guy?? And that spawn all about? speedy as hell and mean as …well… hell.

And my new spawn? Well he hasn’t completly spawned yet so he is this gurgling blob of flesh laying in a box.

Lost another of my Dwarf mates, but that’s ok with all the other new friends I have met along the way. Small (or should I say short) price to pay.

They all seems to have gotten a bit of a baeting though by Shadowblade and I don’t like the look on his face when he carried the dead Lord Hoff of Hassle away… wonder what he wants with him?

I guess I’ll soon find out because I can see warbands closing in from all sides trying to reach the gate to the Realm of Choas to become Daemon Princes as well.

Right, so I wanted to save this poor guy these nasty beastmen wanted to burn and what happends? Haaldr and some of his allies Fire and Steel shows up to stop me, I mean come on, what’s that about?

So I obviously had to kill them.

But dear Diary, I never though Lord Hoff would be of any use with Strength and movement of only 1 (he does have 5 attackes and causes fear) however he did prove me wrong in that he killed the Flying Dwarf (where did he get those lovely wings?) who was leading the Fire and Steel.

Seeing this display of power one of my other mates decidedd to pray to Khorne for a similar fate… which he got… but since he is a mer creature we will have to carry him around in a bucket.

After the battle I found this awesome horse, it was a bit aggressive with it’s scorpion tail but I got it under control now, I think. Wonder how I ride it?

The Beastmen who tried to burn the guy turned out to be one bunch of misunderstood fellas all due to a poor upbringing, so I’ve decided to take them on to teach them the way of Khorne.

That’s all for now, untill next time…

Dear Diary, it’s been a while since I have write last. Sooooo much has happend.

I’ve been in my first fight against some brightly coloured geezers with fancy magic and stuff. But that didn’t stop me from twatting them in the name of Khorne. Fortunatly Hurl wasn’t drunk (don’t tell anybody but I don’t trust that guy when he’s had a bit too mcuh of the ol’ bugmans).

Played against Snowwhite and the 7 dwarves and killed all save a beastman who ran away.

Anyway, I am really, REALLY getting into this blood letting. I can feel the blood blocking my brain so I can’t think we I imagine a good fight. Cannot wait for the next one.

My friend Hoff has always admired Hurl ever since we went on this quest and he has prayed and begged Khorne for more power every night before going to sleep and now he’s got it…. but although I find him scary I can’t help feeling the need to laugh when I see him since he is now smaller than the smallest snotling.

While we were looting (and eating) our slain enemies, this band of humans showed up wanting to join in. I can’t help but feel they are not genuinely Khornate but just want to get in for the loot, but they got some much needed crossbows so I let them join. Hurl wasn’t too please.

Dear Diary, I never quite felt home among my fellow Dwarves. Sure I have nice friends and we have fun but I always felt I was different and wanted something more, something different than sitting and gruding over lost ancestors.

but it wasn’t unitll I met Hurl, a fascinatling, red-skinned (slightly drunk) individual with very flexible arms at the local pub that I realisted for sure that I was not like the others. I was more than a Dwarf: I am a Chaos Dwarf, a follower of Khorne. Yes, I fianlly said it, I have finally taken the full step out of the closet and am proud of it!

Hurl has decided to take me under his wings (or the wings he has een promised to get soon) and teach me the way of Khorne. Luckily he was packing an extra armour which fits me perfectly. I look stunning.

Dear Diary, I have decided to embark on a journey of rampage, bloodshed and carnage. I am a little nervous since I have never been in battle, other than war before, but Hurl has promised to help.

Most of my friends have felt the changes I am going through and most of them avoid me. They think they are oh so subtle, but I know they shun me. Esspecially my firned Gnor who study the arts of magic has made it very clear tha he do not like me, I think that has more to do with me not falling for his so-called “magic tricks”.

I don’t really care though, they can stay and rot up here in the stronghold, I am leaving town to day not to ever return and I have told them so.

Five of my closest friends have decided to join me which I think is great. Hurl is not as eager, he suspects that they are joining me out of boredom and not because they are chaotic by heart, but I am sure they come around in due time.

I have made the final preparation and bought a two-handed axe and an extra sword for Hurl. Tonight we are leaving so I better go to sleep now.