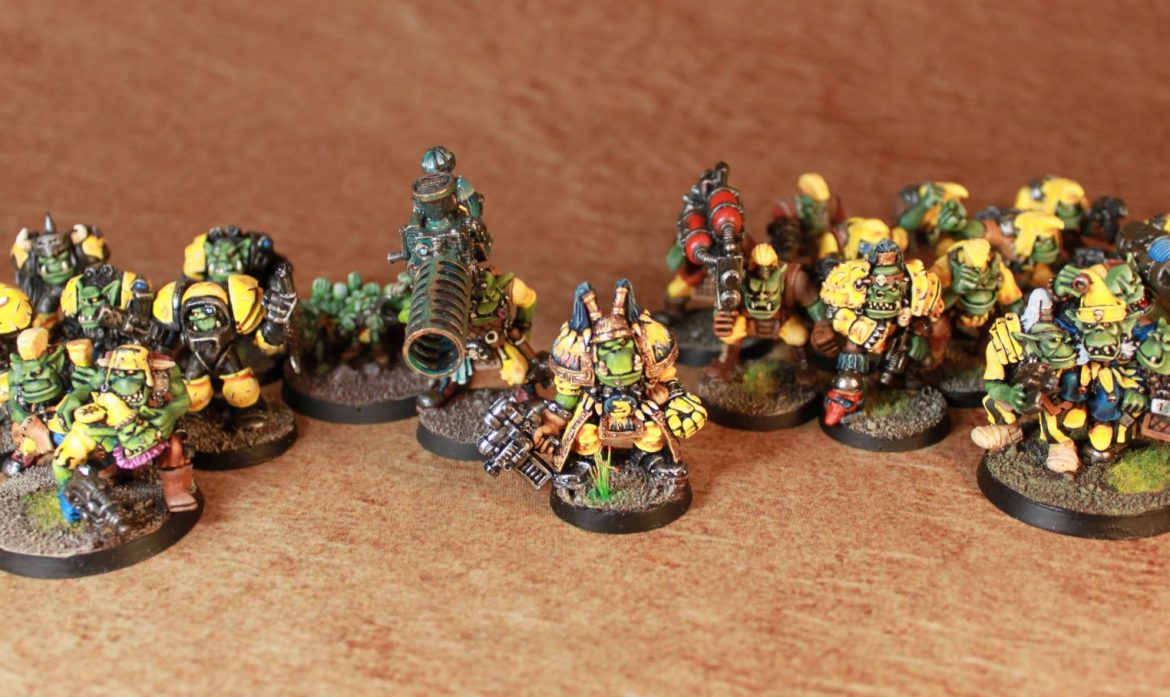 Dozer Herds (No more than number of units)

Moving Dozers are done by using the herders control zone, which is half their CO in inches. Dozers will always try to move out of any control zone in an almost straight line. Roll a D10 when moving the Dozer, 1-2:move Dozer 45° to the left of the line pointing directly away from the herders, 9-10 move 45° right and 3-8 move straight away.

If the Dozer moves into another herder’s control area re-run the steps above. Although you do not fully control the Dozers direction, you do control how far they move.

Note, Dozer Herds does not have to main any unit coherency, but due to the nature of the herd they will have to stick close together.

Orcs don’t have a huge variaty in weapons, partly because they are not that advanced minded, but also because they rarely have to fight. The Sky Ports are havens for many powerful beings and they all see benefits in protecting the Sky Ports. Hence attackers tend to think twice before anything Orc.

The weapons they have tend to be eithertools or weapons modified in generations from tools.