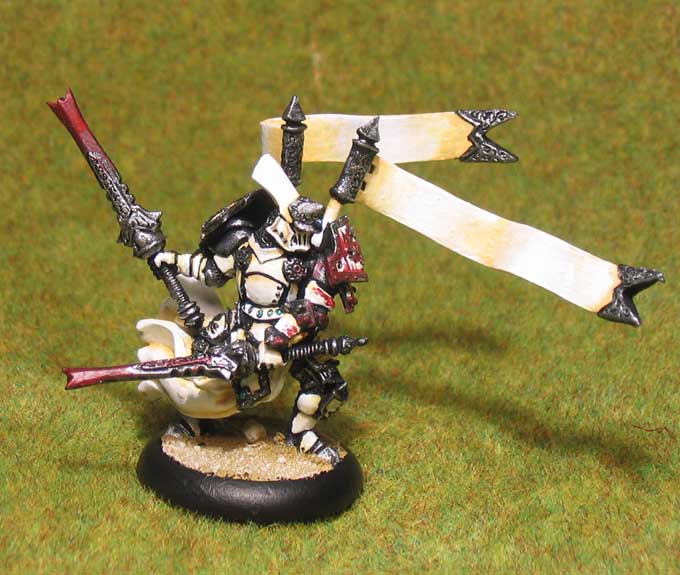 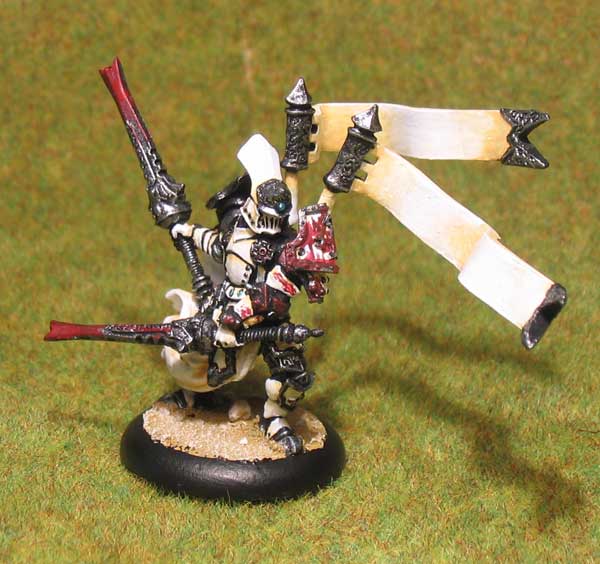 The Seneshal is painted like the Knights Exemplar because he is one of them. His swords are not painted white as the Knights leader simply because I don’t think a knight has to be a Knights Leader to become a Seneshal and besides the second sword is from a fallen battle brother who might not have been a leader either.

I did spend some time to figure out what to paint on the little flags but in the end I decided to keep the clean white as his armour. I also bend the flags in the opposite direction of the way his cloak is flowing to give a feel of a very windy battlefield where the wind is harsh and constantly changes direction.

The Senesahl does not have random blood splatter on his armour. Instead I concentrated it to one shoulder, the shoulder he would use to slam somebody.